Of all the eye-popping sights on the French Riviera – the beaches, the Art Deco architecture, the super yachts – the truly extraordinary Maison Bernard near Nice takes the gateau. A futuristic, Technicolor marvel, this bubble house is regarded as one of France’s greatest feats of architecture – and it’s open for tours.

The bright red residence in Théoule sur Mer, about 40 minutes from Nice and 30 minutes from Cannes, was designed in the 1970s by Hungarian pop artist Antti Lovag.

He built the kaleidoscopic digs for his patron, industrialist Pierre Bernard, who happily picked up the cheque for 20 years as Lovag experimented with the concept of organic architecture – a style that drew from nature that he dubbed ‘habitology’.

Living in a bubble 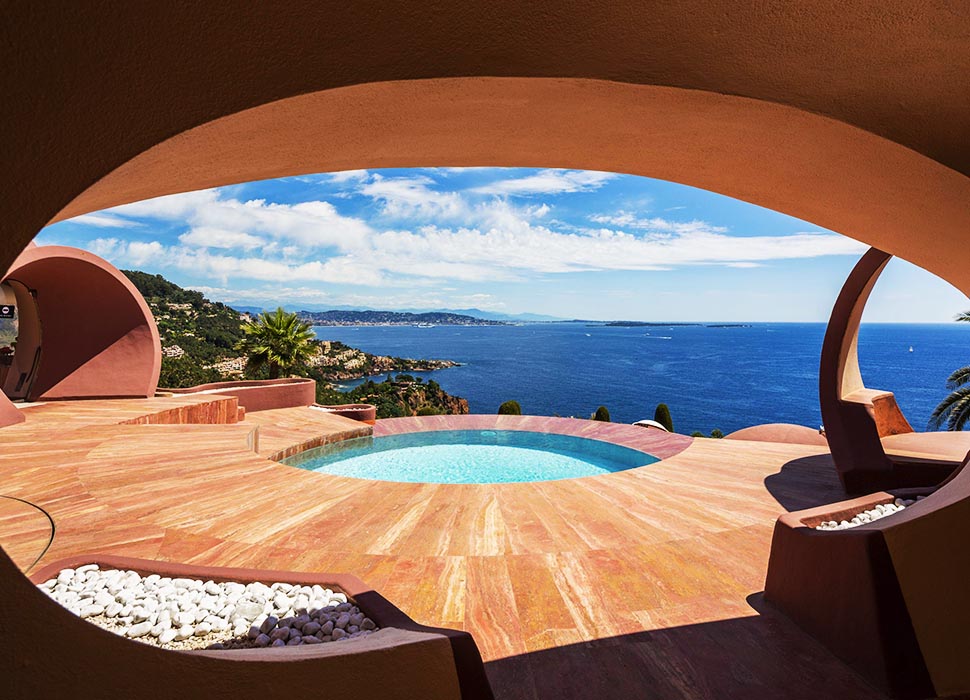 The bubble house was designed in the 1970s, but still feels like a vision of the future / Image: Alamy

The series of interconnected pods, which looks like something Austin Powers would build on the moon, is even more outrageous on the inside. Oblong canary-yellow doorways, steep orange staircases, pink coaches and huge round windows all add to the hallucinatory experience.

The construction of Maison Bernard was every bit as outlandish as the final structure. Instead of building the house and dividing it into rooms, Lovag started with the inside, creating an iron frame that evolved into different compartments.

When he was happy with the layout the architect covered it all up with a layer of concrete to give Maison Bernard its unique exterior. The building underwent full restoration in 2016 and now offers tours.

We know what you’re thinking – Maison Bernard is the sort of place that generates a flurry of Instagram likes. Sadly, though, all phones and cameras are banned at Lovag’s bright, bumpy building.

Can I go on holiday with easyJet again?