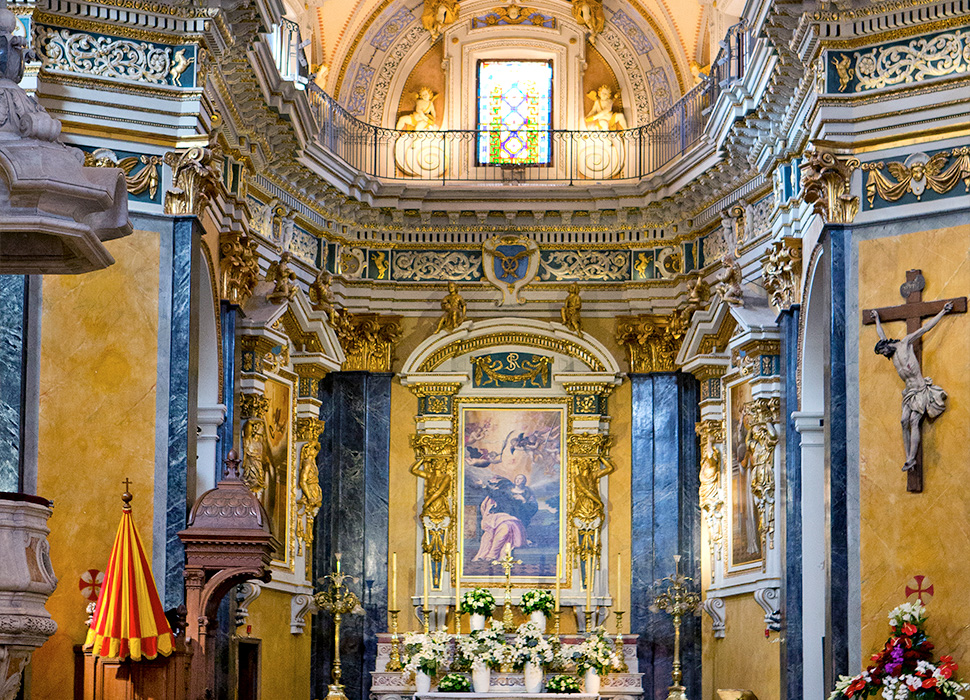 Don't leave Nice without getting an eyeful of the stunning gilt capitals at this basilica and French 'monument historique'. It hasn't always looked this way, however. While there has indeed been a religious building on the site since the 11th century, it was only in the 17th century that the current cathedral was built. Since then, a bell tower has been added, the façade improved, and Baroque decoration introduced. 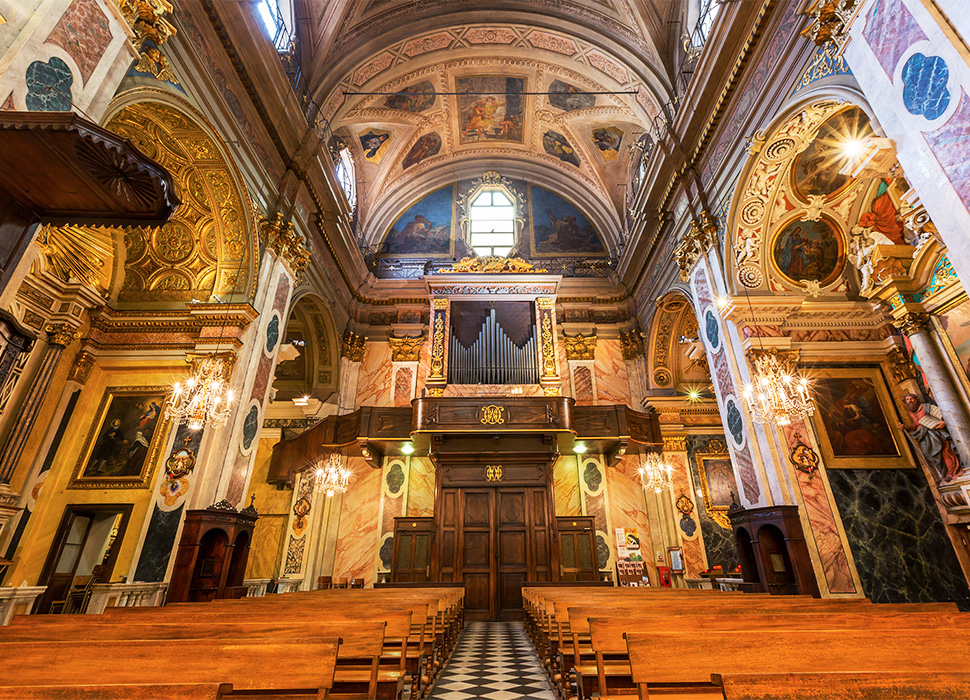 The roomy nave at this Baroque church from the 1600s straight-up flexes with chequered flooring, lush marble and fine chandeliers. Perhaps the most impressive part of this grandiose building is its frescoes, which manage to shine despite being surrounded by gilded ornamentation. Rita might well be the saint of lost and desperate causes, which isn't the jolliest of jobs, but at least her church is pretty snazzy. 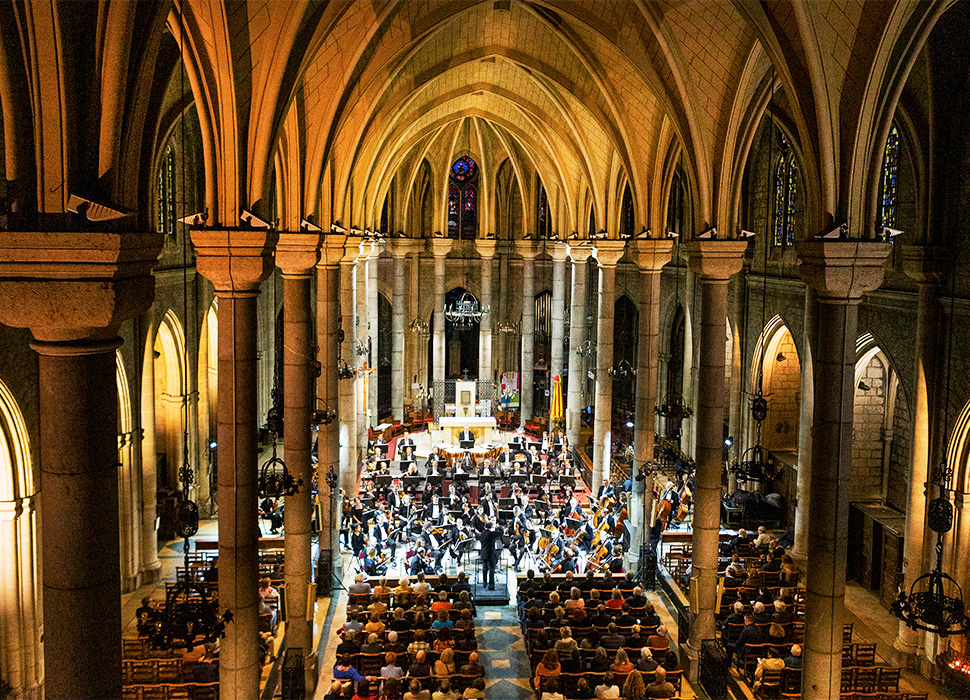 It's all about arches at Notre Dame de L'Assomption / Image: © Ville de Nice

Surprisingly, this neo-Gothic basilica is the largest in the city – even bigger than the cathedral. Due to a lack of funds when it was built in the late 1860s, there isn't as much ornamentation as you'd expect, but what it lacks in statues it makes up for in incredible stained glass windows. Notre Dame de L'Assomption is particularly known for its rose window, depicting scenes of the Assumption of Mary, the event that the entire hallowed pile is named after. 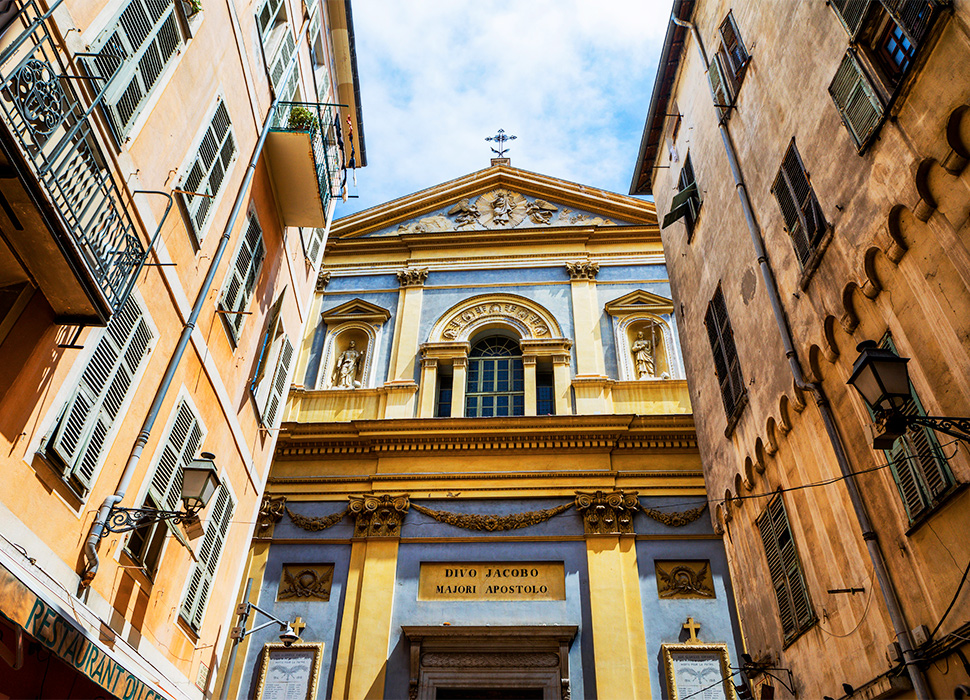 It feels as though every inch of this 17th-century Roman Catholic church (also known as Church of the Gesù) is covered in sumptuous decoration: elaborate ornaments, cheeky cherubs, magnificent chandeliers, decorative mouldings. The building's beauty continues to its exterior, where the Baroque-style façade – added in 1825 – is a peaceful blue and decorated with ornate statues. Appropriate address, too. 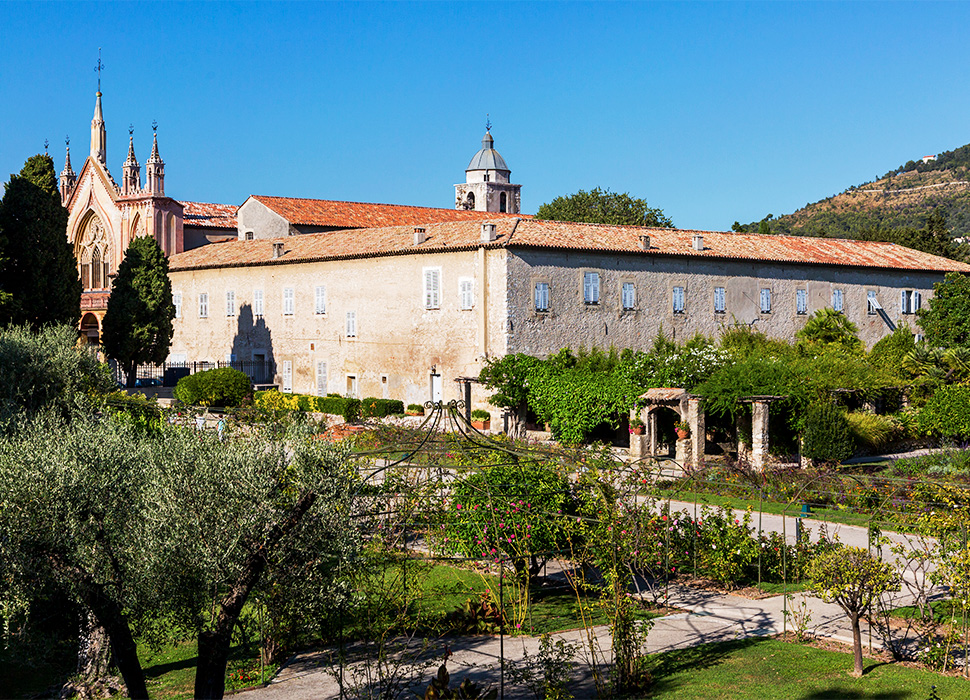 There's plenty to see at this 16th-century Franciscan monastery, which was originally founded way back in the 11th century by Benedictine monks. The site includes a church, a chapel from the 17th century and a museum looking at the history and development of the Franciscan way of life. Make sure you take a peek at the three Bréa brothers paintings hanging in the church, then have a stroll through the cemetery where French artists Henri Matisse and Raoul Dufy were laid to rest.