Meet a mechanical elephant in Nantes

Who knew industrial could be so beautiful? Nantes did. This once-gritty city on the edge of Brittany has turned itself into an amazing art gallery where factories are filled with artists’ work, mechanical animals roam the streets, and warehouses have been revamped. It all makes for a stunningly surreal French city break. Here's where to cast your eye.

The pick of the bunch

The Île de Nantes is the hub of the city’s regeneration, with its grey harbour brightened up with all manner of absurdist art. A paragon of upcycling, it’s not only filled its streets with art, but turned its old banana-ripening warehouse – the Hangar à Bananes – into a waterfront palace of cool bars and galleries. It’s what the bananas would have wanted.

Also on the Île de Nantes, you’ll find the highlight of the city’s unique creative energy: the Machines de l’Île. If Jules Verne (a Nantais local) made a steampunk theme park, this would be it. There’s a carousel with three levels of mechanical sea creatures, a steamy conservatory of pedal-powered insects and a 12m-high elephant that sprays water at unsuspecting selfie-takers. 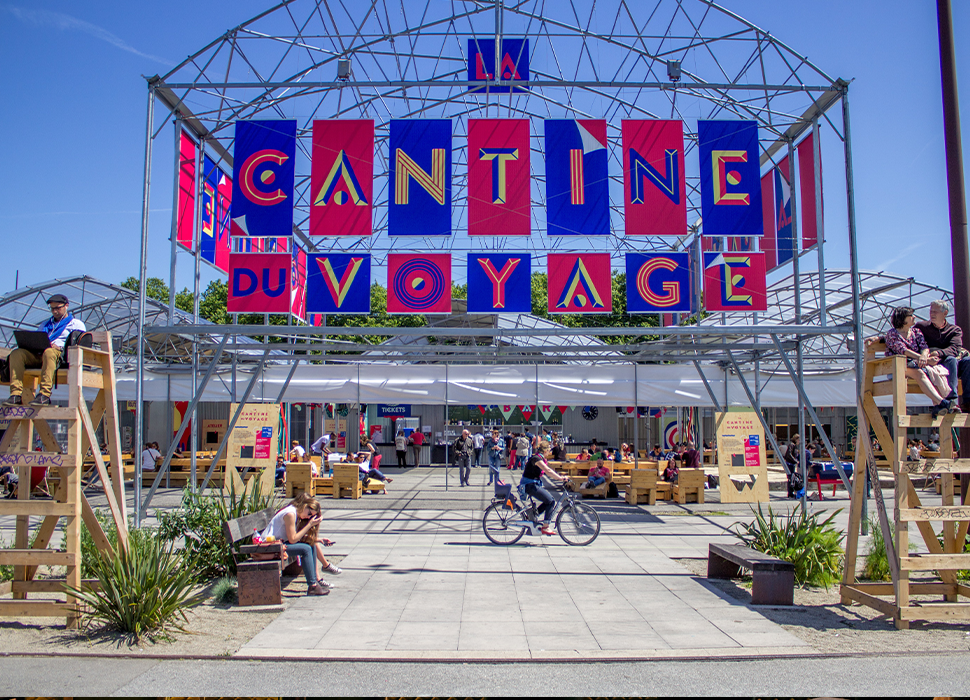 Next to the Hangar à Bananes is Le Cantine du Voyage, an ultra-trendy restaurant and bar in a collapsible greenhouse. Created by Le Voyage a Nantes for the 2013 festival, its tasty strawberry tarts and local Muscadet proved so popular it has stuck around. 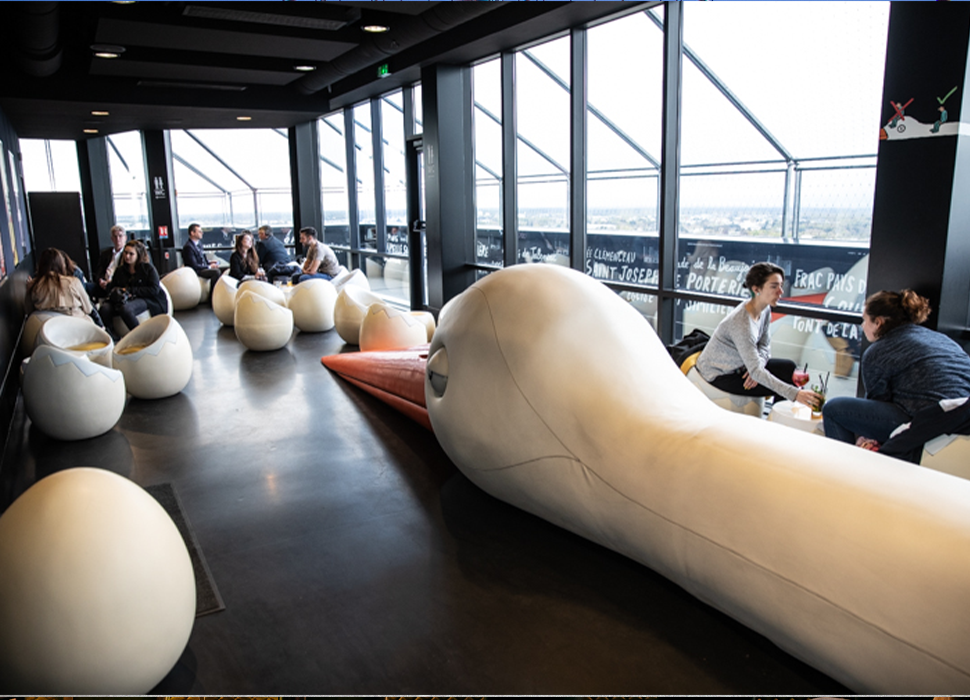 On the 32nd floor of the Tour Bretagne, you’ll find Le Nid (‘The Nest’), a cocktail bar designed by fêted artist Jean Jullien. Along with panoramic views, it has an enormous white bird dominating the floor, ‘eggshell’ tables and secret recipe Le Nid cocktails that are a must-try.