The best restaurants in Helsinki

The Finnish capital has enjoyed a dining renaissance over the past few years and is squarely in the vanguard of the hot new-Nordic boom. Here are our favourite eateries around Helsinki

Heading to Helsinki but not sure where to start? These are the best things to do in this Nordic gem.

Finland's number-one town really comes into its own when the mercury drops. Read our take on Helsinki in winter – a festive guide to the Finnish capital. 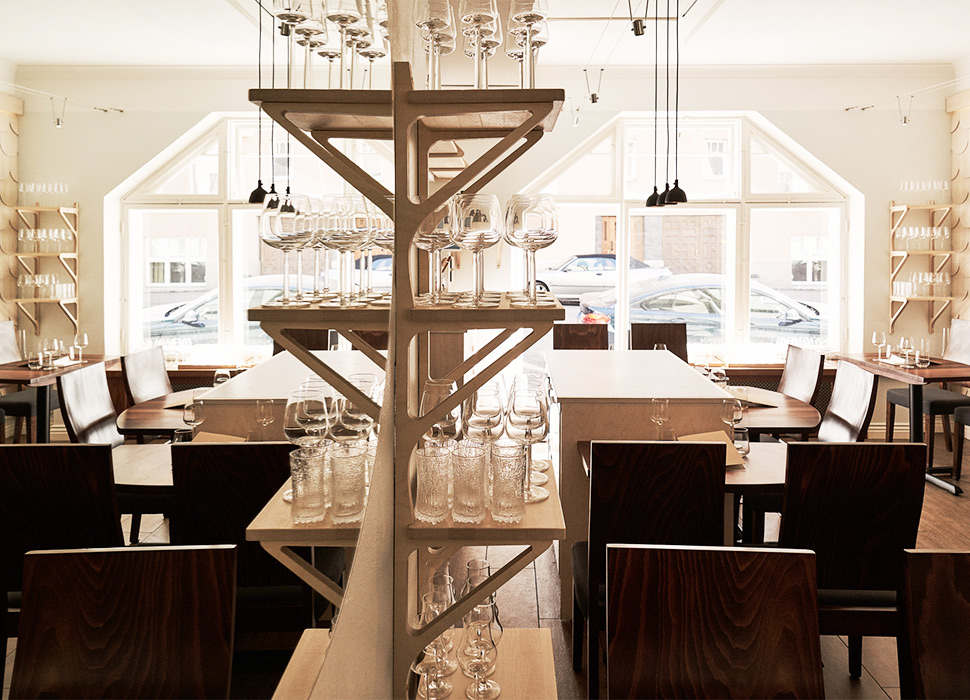 The menus at Ora move with the seasons / Image: Marko Rantanen

This dinky eight-table spot near Helsinki’s Eira park isn’t at all bothered about doing things at scale. Instead it’s all about intense flavours, with nine-course tasting menus that fluctuate with the seasons – indeed, the ‘micro-seasons’ as Michelin-starred big cheese Sasu Laukkonen like to put it. Showing off the bounty of the Finnish countryside is the real draw here – think roasted reindeer with lobo-apple and sea buckthorn, rounded off with forest-bark ice cream and, of course, a raft of thoroughly inspired wine pairings. 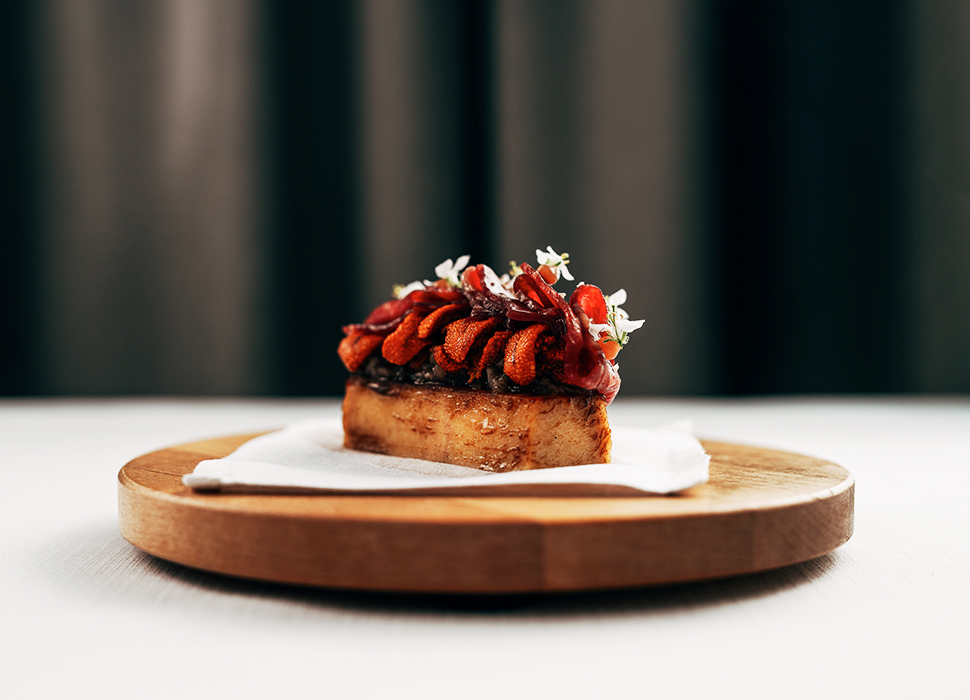 Hankering after a knockout-fancy meal with enviably gorgeous plating? This is the place. The name is a shortened form of the Finnish ‘Olohuone’ which meaning ‘living room’, and the main restaurant is indeed set a beautiful cosy harbourside townhouse. The deserving recipient of a Michelin star each year for the past decade, Olo’s fare obvs changes with the season, but you can expect ravishing dishes like the kitchen’s own brioche glazed with honey, bone marrow and Finnish goose liver, or grilled monkfish tail with vendace roe and salted mangalitza pork. It’s a wee bit spesh.

Founded in 2003 by chef double act Tommi Tuominen and Teemu Aura, Demo has held onto a Michelin star every year since 2007 – that’s Helsinki’s longest hot streak. Current head honcho Heikki Kivimäki dreams up a six-or-seven-course daily menu, each paired with a sublime drop carefully chosen by sommelier extraordinaire Carlotta Lanza. They’re always tinkering based on what’s in season, but expect treats like fried sturgeon with Volzhenka caviar and cauliflower, in a design-conscious space decked with blood-red chairs and linen pendant lamps. 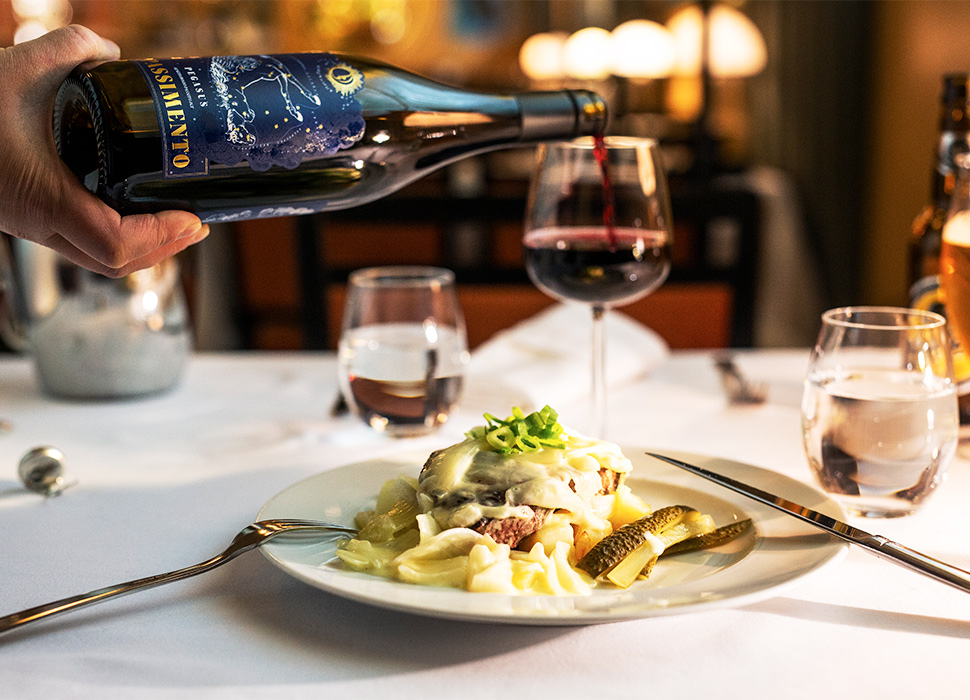 This Töölö institution has been a popular hangout for Helsinki artists and writers set since it opened in the 1930s. As such, the wood-panelled room, complete with stained glass rose window, eschews modernity and leans into its venerable grand dame status. Nonetheless, on sunny days the terrace is always buzzing with the happy hubbub of bright young things, and the sturdily traditional menu can still surprise and delight, with elk and mashed turnip, or the house speciality of 'Tauno Palo-style' sirloin steak with creamed onions and pan-fried potatoes, named for the legendary Finnish actor and former patron. 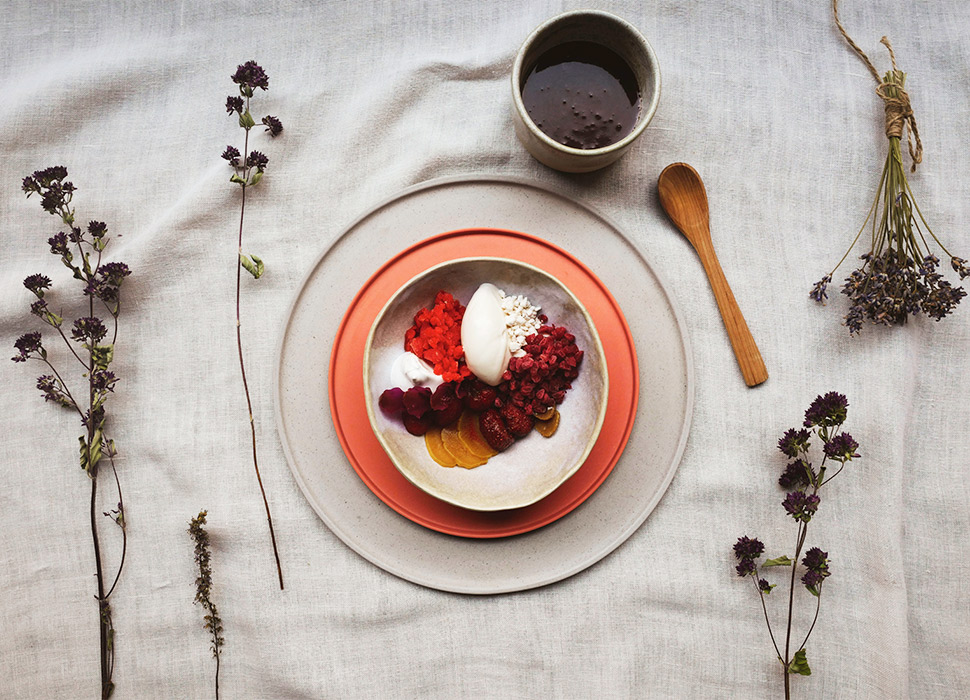 Head chef Toni Kostian and partner Lauri Kähkönen have poured their heart and soul into Grön. Their vision? Ultimate sustainability and rigorous local sourcing. That means everything – except salt – is sourced from Scandinavia, and most ingredients hail from Finland alone. One of the menus is all vegan – where meat or poultry does appear it’s ultra-high welfare and purchased from farms the team are on first name terms with. What do they serve? The likes of smoked deer fat and grilled herbs with fermented gooseberry salsa with jalapeños and a rhubarb wedge, paired with natural wines. 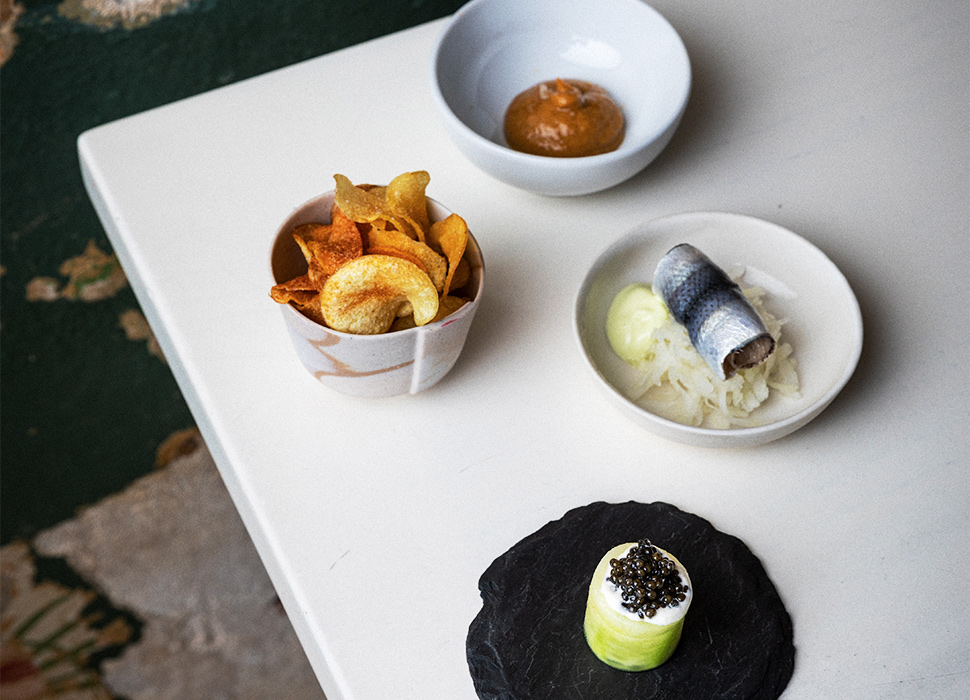 The real deal when it comes to new-Nordic cool, Spis is a cosy 18-seat eatery that predominately leans veggie but always includes at least one meat and fish dish for dedicated carnivores. It’s all about imaginative ingredients, provenance and inspired wine pairings, so you never really know what you’re going to get, but if there’s anywhere you can trust the chefs to know better than you do it’s right here. Recent standout menu items include marinated sunflowers and pickled pine cones. It doesn’t get much more Scandi than that. 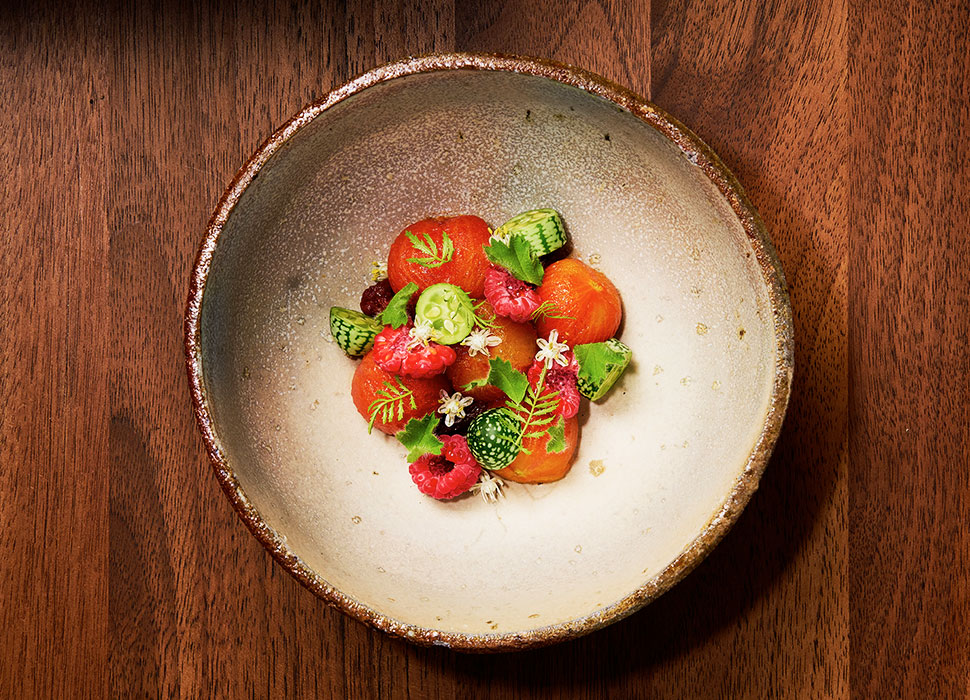 Three chefs – Albert Franch Sunyer from Spain, Carlos Henriques from Portugal and Serbian-born Luka Balac – were all doing well in Helsinki, but shared a sense of frustration at the amount of food waste they saw at the end of service. So they did something about it. Nolla means ‘zero’ in Finnish, and the idea here is to serve food that’s as close to zero waste as possible. There’s no single use plastic, and all undated food gets composted and sent back to their farm suppliers. Even their outfits are woven with recycled linen. Typical dinner? Catch of the day, with roasted sunchokes and smoked-butter sauce, rounded off with spent-grain ice cream and coffee kombucha. 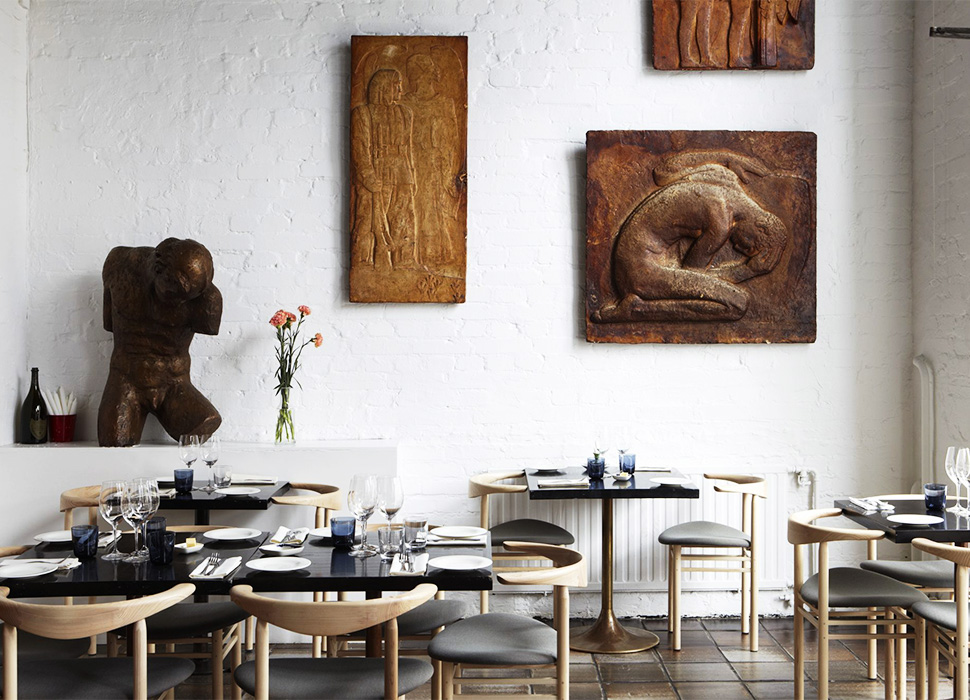 Famous Finnish sculptor Johan Gunnar Finne had his studio in the space now occupied by the restaurant that bears his name. Consider his legacy – his sculptures still adorn the walls and passages – as you tuck into big crowd-pleasing international flavours. A typical meal runs like this: endive salad with pear and cashew sauce to start, pike perch with carrot and kohlrabi to follow, then fancy modern pumpkin foam to round things off. Everything is considered and balanced – it's a work of art really. 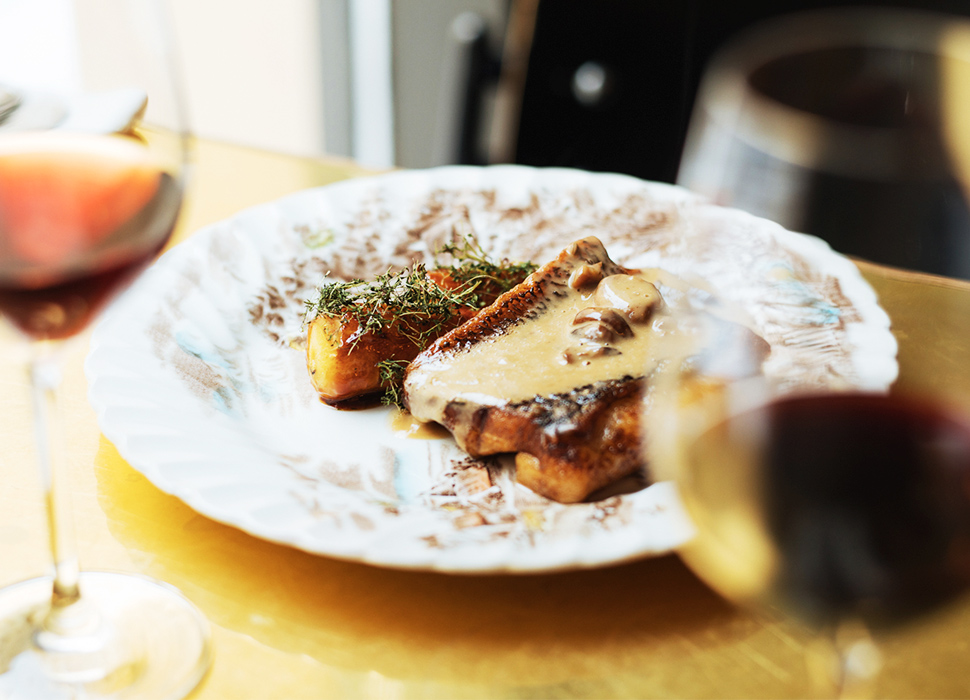 The pared-back menu at this neighbourhood spot in Kruununhaka changes every two weeks, to keep pace with the seasons. What can you expect? Pike perch steamed in savoy cabbage with jaloviina cream sauce for mains. Banoffee eclair for dessert. That sort of thing, all dished out by a meticulously well-informed team in a soberly stylish room. Kuurna is consistently rated among the best restaurants in Helsinki – and sometimes the actual finest. Even 16 years after opening the team is still hungry, priding themselves on flying the flag for Helsinki as a great culinary capital.