The best bars and nightlife in Helsinki

Whether you’re in the mood for obscure botanicals in a darkened speakeay or moshing out to a metal band in a sticky-floored haunt, the Finnish capital has you covered. Here’s our headiest Helsinki faves

Don't drink on an empty stomach – check out our run-down of the best restaurants in Helsinki first.

And when you're full, set out across town to check out the best things to do in Helsinki. 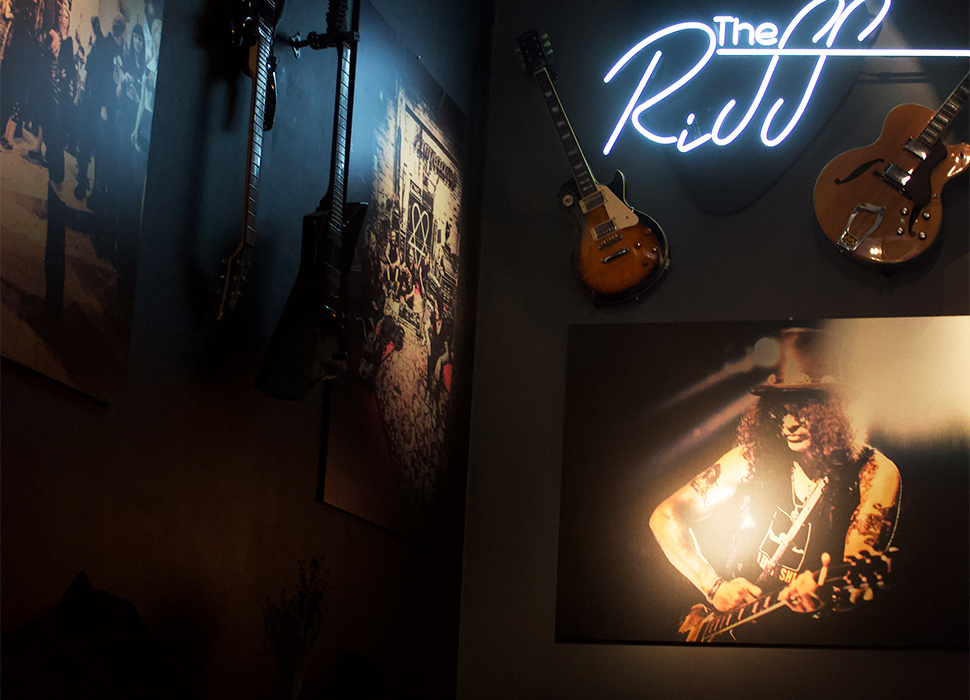 Helsinki’s go-to heavy-metal hangout was founded by drummer from ‘Goth’N’Roll’ icons 69 Eyes, and local metal bigwigs regularly chill out at (we kid you not) its VIP-only ‘Hate Lounge’. Despite what that might sound like, the cocktails are served with panache and pretty garnishes. Try the ‘Pear Jam’ with blood orange and a sprig of rosemary. A high-end Genelec sound system keeps the tunes pumping and prints from Finnish rock snapper Ville Juurikkala lend an artsy ambience to an otherwise moody space.

If you like your cocktails with a side of intrigue, this hush-hush little speakeasy promises a night of banging drinks and unforgettable theatre. Styled, as the name implies, after an old-timey private dick’s office, there’s an element of clue solving even to finding the joint. Go down the little lane from Senate Square, enter through the double black doors and, when you’re in the little antechamber, knock loudly and eventually a small panel will slide back. Play along – it’s more fun if you do and well worth it when these hardboiled flatfoots whip you up a mean whisky sour. 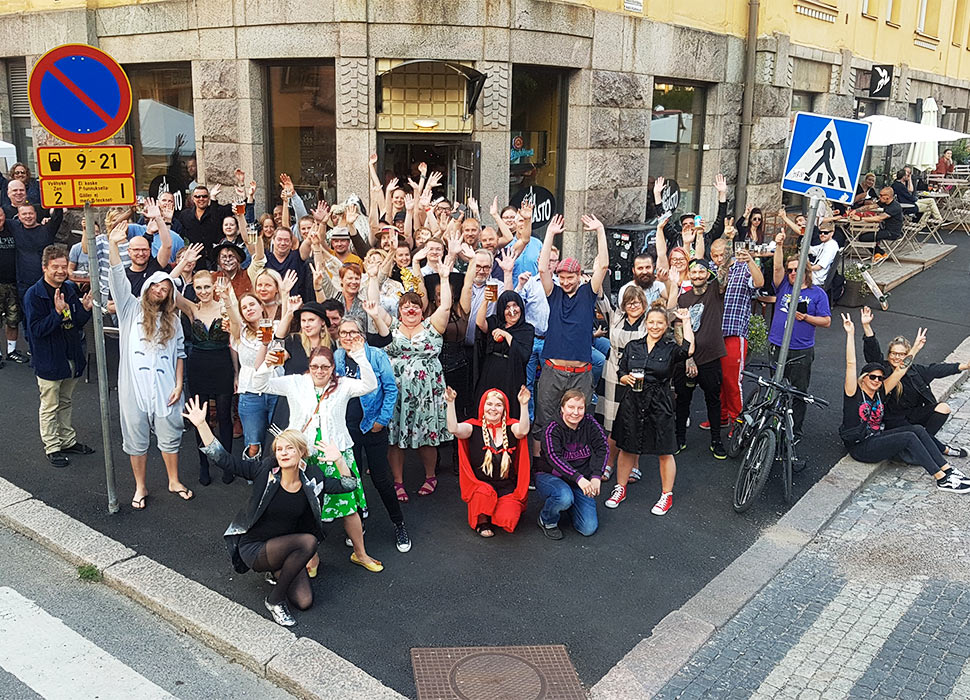 Anyone had a drink?

This self-styled ‘beer library’ in Helsinki’s groovy Kallio district has certainly done it’s homework. Among all the usual wines and spirits, Sivukirjasto stocks around 100 beers at any moment, with 20 or so on tap and rotating according to whatever’s cool and fresh at the time. Be sure to order the local speciality of ‘sahti’, a traditional Finnish farmer’s ale flavoured with juniper rather than hops. They love pets here too, and do an excellent line in naughty, salty bar snacks. 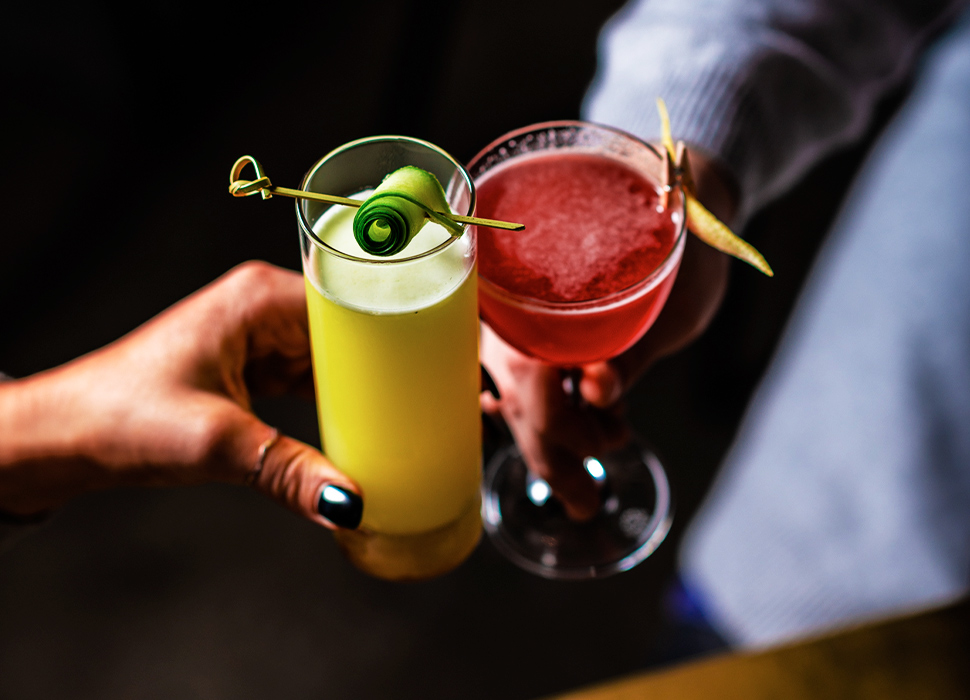 This intimate candlelit joint is a sister bar of Trillby & Chadwick, and shares some of that bar’s 1920s aesthetic – groaning bookshelves, vintage knick-knacks, exposed brick, a jazzy soundtrack and easy-on-the-eye staff shaking their stuff in flat caps and braces. Situated in Helsinki’s design district, Liberty or Death loves a bit of theatre and a wordy menu, which changes all the time; but, if it’s on, try the ‘Everlasting Club Cocktail’ with Hendrick's gin and chartreuse. It’s dead good. 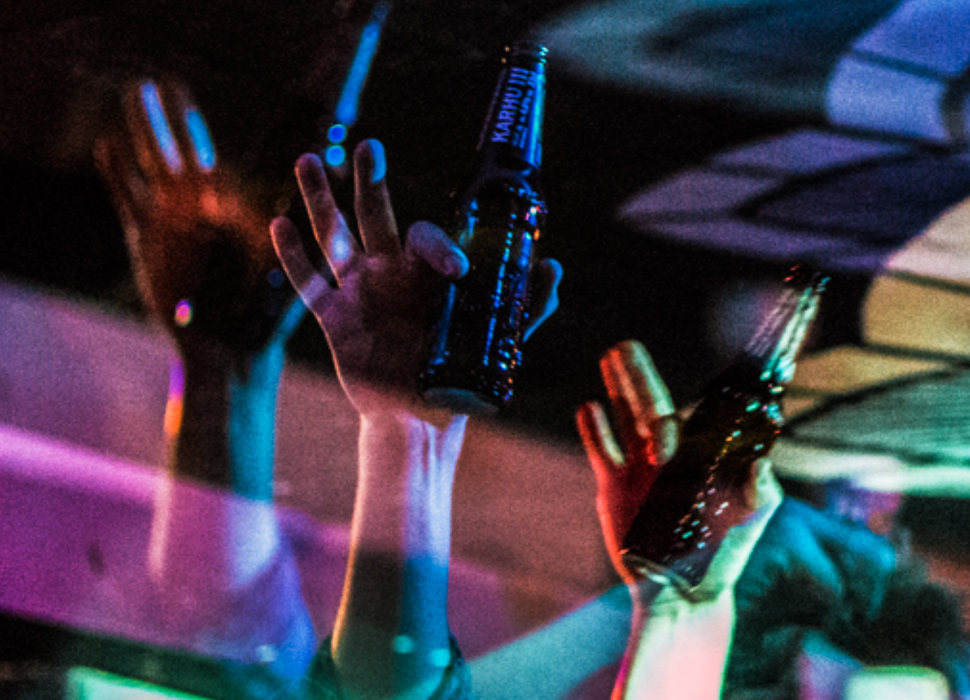 Positive musical vibes only at an ace late-night dive

This bar, it really can’t be stressed enough, absolutely bloody loves live music. As a venue it puts on all sorts of local acts, from seven-piece metal groups to quirky synth duos and cutesy old-fashioned singer-songwriters. Whatever your poison – metal, pop, or disco – you’re catered for, and over the weekend it stays open until a frankly ludicrous 4am. The walls are covered floor to ceiling in band portraits and even the toilet graffiti is like a who’s who of the contemporary Helsinki music scene.

A legendary staple of Helsinki's nightlife since 1976, this dancehall in a repurposed old university building is fiercely adored by locals for its unashamed championing of homegrown Finnish pop music. It has six bars and two big dance floors, and the biggest night of the week is Thursday, when all the local cool (and used-to-be-cool) professional types come out for a boogie. If you want to get down with real people in a friendly fun environment, this place is king. 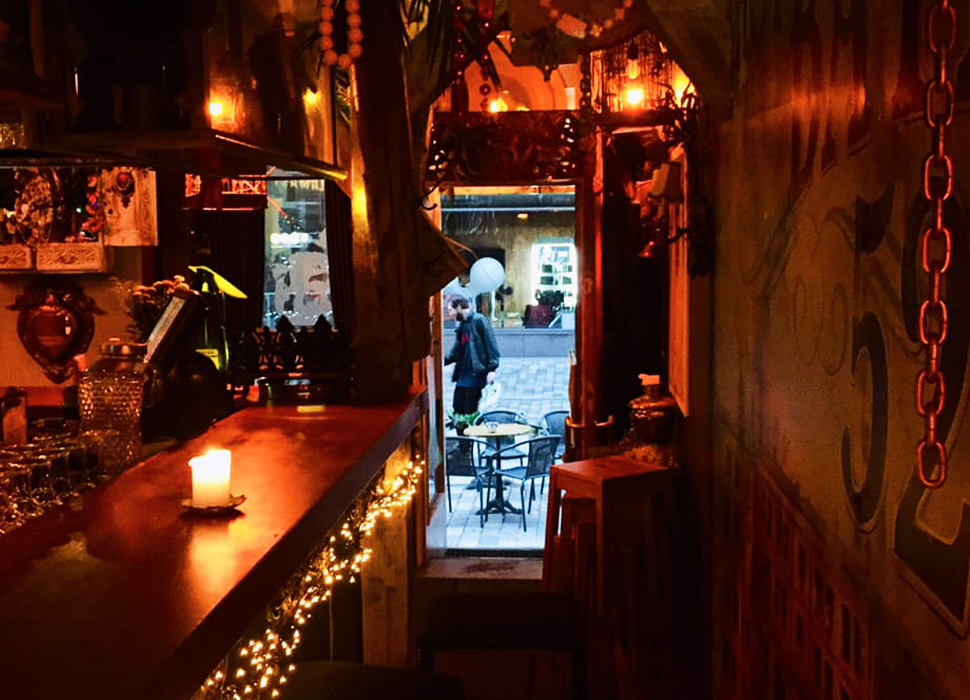 This camelid den brings a slice of Mexico to Helsinki

Another lively hipster spot in the design district – quite frankly there can never be too many of those – Bar Llamas draws a good deal of it’s design inspo from Mexico. So you can anticipate fun, funky remixes of Frida Kahlo portraits, dia-de-los-muertos iconography, lucha libra masks and, yeah, plenty of tequila. It’s cosy, mind, with fat couches, throw rugs and even a lovers' swing just by the bar. Dogs are welcome, and there’s live music on the terrace on sunny days. ¡Salud!

The fridge is always well stocked with trendy beers from around Finland and beyond at this grungey, studenty joint that attracts a typically young Kallio crowd. The soundtrack is rocky, just how the Finns like it, and during the summer the buzzy little terrace out front often has live music. Quizzes, card games, craft beers and artsy countercultural posters all over the wall... it’s just a killer no-nonsense spot for an afternoon session on the brews. 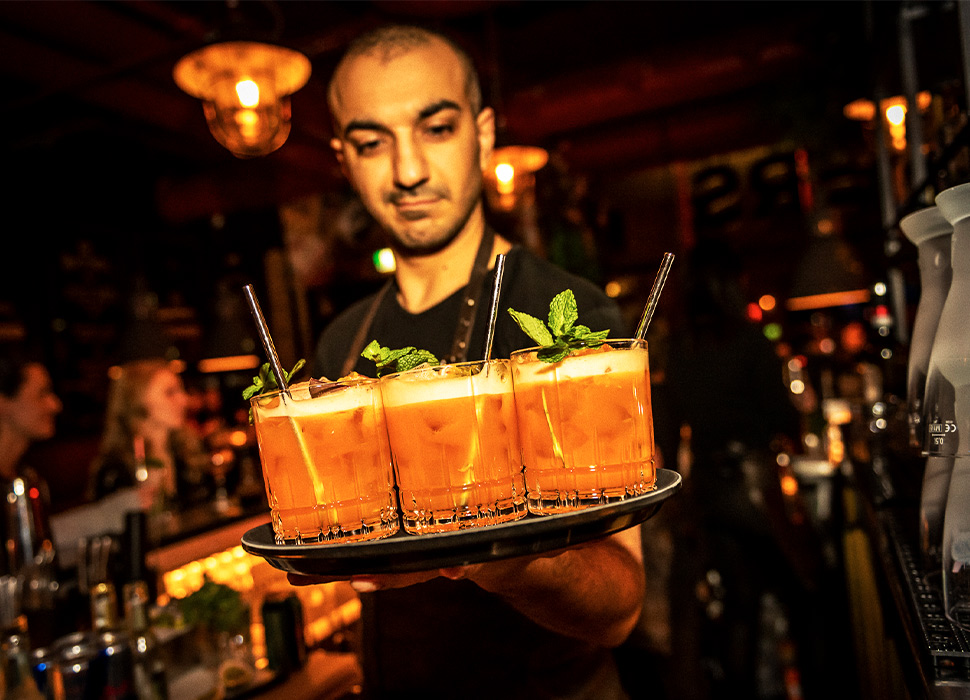 Meat all the cool kids at Helsinki's NYC-style booze king

Inspired by the upscale hedonism of New York City’s lively Meatpacking district – the clue is in the name – the team behind Butchers set out to create a boozy spot that’s a little more aspirational than the cheerfully scruffy vibe you’ll see elsewhere in Helsinki. The result? Gorgeously-preened punters shaking their shiny behinds to guilty pleasure EDM, sipping champagne cocktails and nibbling on sushi. Cheeky neon signs and glossy tiles make this Insta-friendly dive a cut above.

City drinking dens simply don’t get any more sublime than Goldfish. Inspired by the ‘library bars’ of plush metropolitan hotels, the decor is all lavishly expensive designer armchairs and sensuous lighting. The drinks are created and presented with a top chef’s fastidious attention to detail – try the ‘Umeshu Highball’ with Sarari umeshu, citrus, gin and club soda. Then, plump for the signature ‘Goldfish’ with forest gin, Fiskehamns Akvavit, Noilly Prat and a sprinkle of 24k gold. Truly an unforgettable experience.