The best things to do in Sharm el Sheikh

With a charming mix of old-world splendour, thronging markets and desert landscape, Sharm remains one of Egypt's top drawers. Here's the best of it 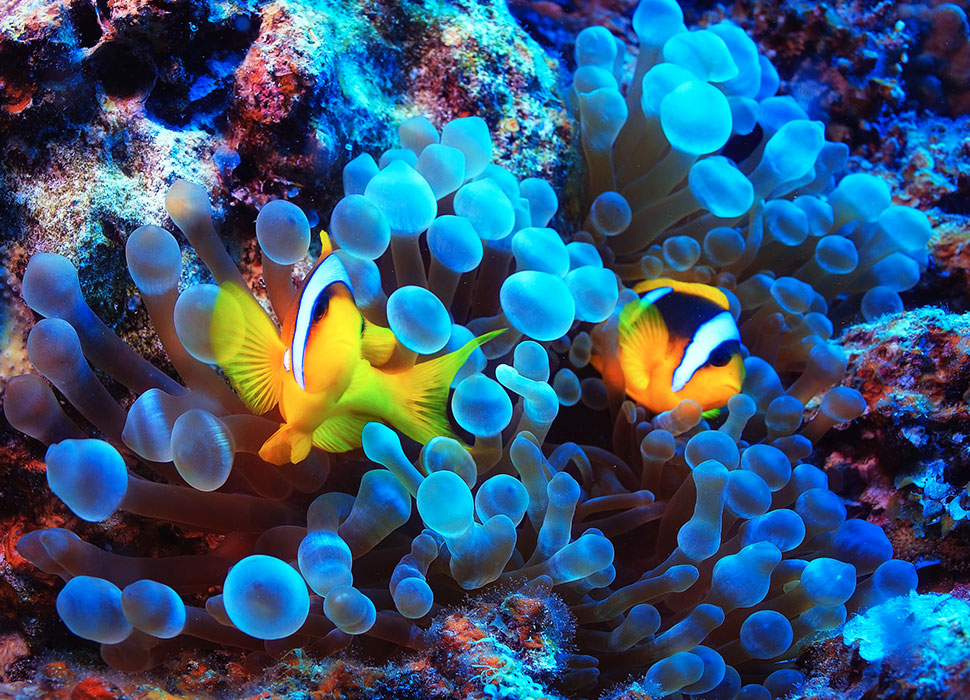 A technicolour clownfish display on the reef / Image: Adobe Stock

Divers from all over the world descend on Sharm el Sheikh because of its warm, clear seas and astonishing profusion of subaquatic life. For great, relatively beginner-friendly results, strap on a pair of flippers and make the commute to Anemone City, a reef that runs east to west and is riddled with hard-coral terraces, carpeted in softer younger coral and elegant gorgonians. Look out for an especially sprawling suburb of spaghetti anemones populated by damsels and clownfish. Yes, just like Finding Nemo.

Find out more about diving in Sharm el Sheikh

2. Hit the sands of Na’ama Bay 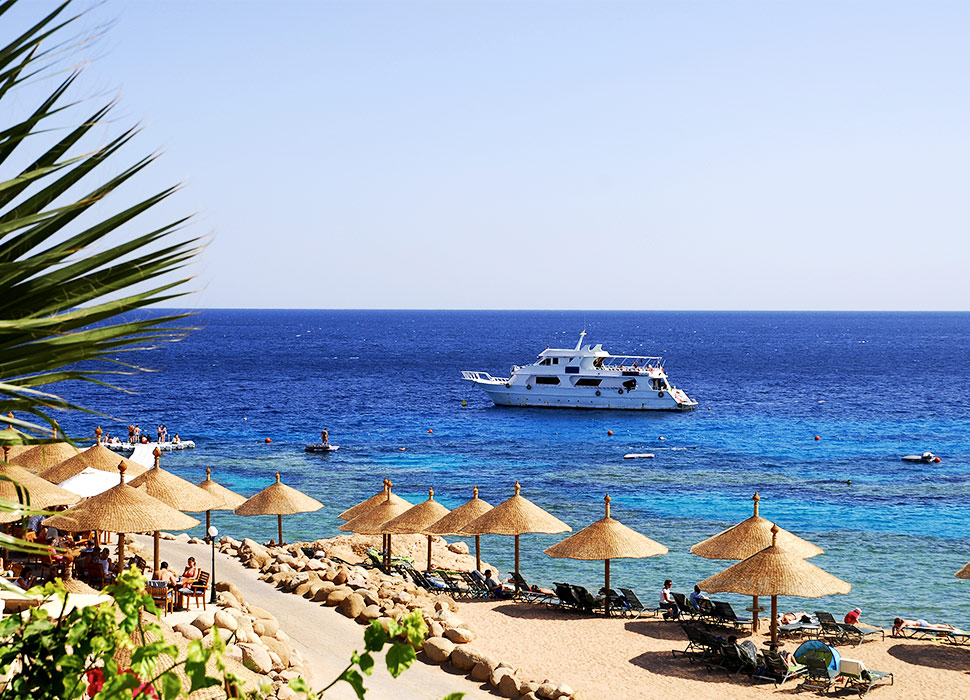 If you’re hankering after a classic, no-nonsense beach break – and it's possible all year round, even in the winter months, when the mercury seldom dips below 20ºC – then Na’ama Bay is where you want to lay your towel. Here, a classic broad promenade skirts palm-tree-studded golden sands, with lots of diverting places to shop and myriad dining spots that are amenable to all tastes and pockets. There are also watersports and diving in close proximity, and a pumping nightlife scene that’ll keep you up to the wee hours.

3. Make a splash at Aqua Blue 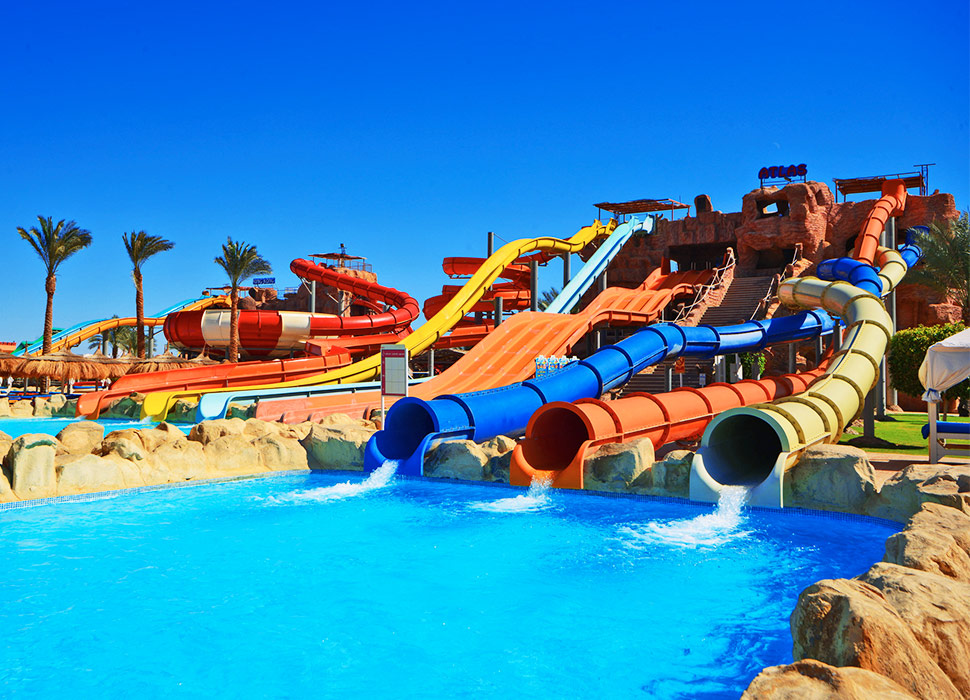 There are regular humdrum swimming spots, and there’s Aqua Blue. Covering an astonishing 140,000 square metres, the watery behemoth – attached to the huge hotel of the same name – has no fewer than 19 swimming pools and a really quite ludicrous 62 slides. When you’re done with all that – if you manage to get around it all then kudos, frankly – there’s plenty of other stuff to do, including volleyball, mini-golf, gondola rides on the lagoon, darts, basketball, an animation-themed cinema and assorted restaurants. And bars. You’ll need one afterwards.

4. Marvel at a modern mosque 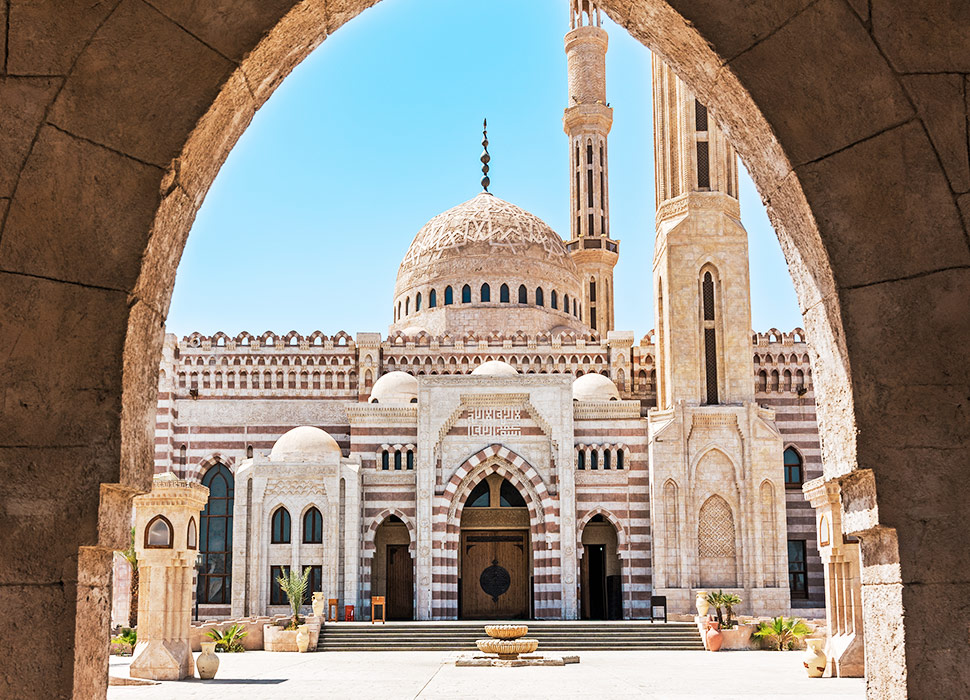 Pay homage to a contemporary Islamic architectural icon – the Al-Mustafa mosque was only completed back in 2008. It's an arresting medley of modern ambition, traditional design and timeless Arabesque detailing, frequently and fairly described as akin to something that leaped out of the pages of One Thousand and One Arabian Nights. The dress code, as with any holy site, is modest and respectful, but staff are happy to offer scarves and robes to cover up while you wander around this undisputed jewel of a devotional building. 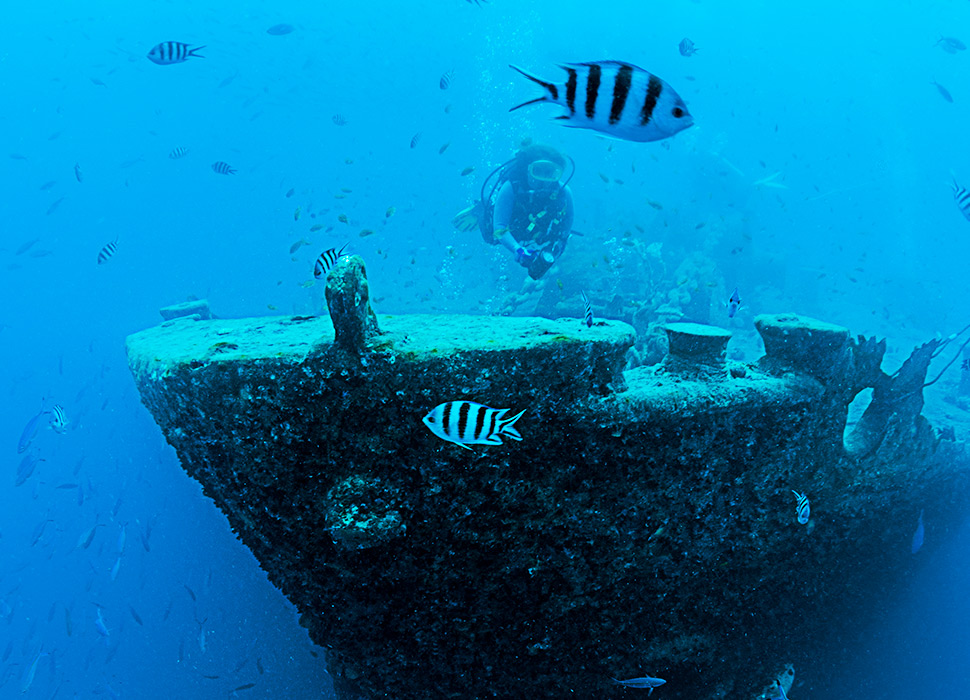 The spectral wreck of the SS Thistlegorm / Image: Getty Images

As well as offering an opportunity to check in with Dory and the gang, Sharm el Sheikh also provides plenty of chances to swim among eldritch old shipwrecks (if your diving's up to snuff, of course). A few of these are especially worth your attention. There's the SS Dunraven, which sunk in 1876 chock-full of Indian spices after a navigational error (or, depending who you believe, a punch-up on board). Or the SS Thistlegorm, which was discovered by none other than scuba pioneer Jacques Cousteau after being sunk by hostile fire during World War II. And there's the Kingston, now a haven for moray eels after running aground on the racily named Shag Rock.

6. Perfect your haggle game at the Old Market 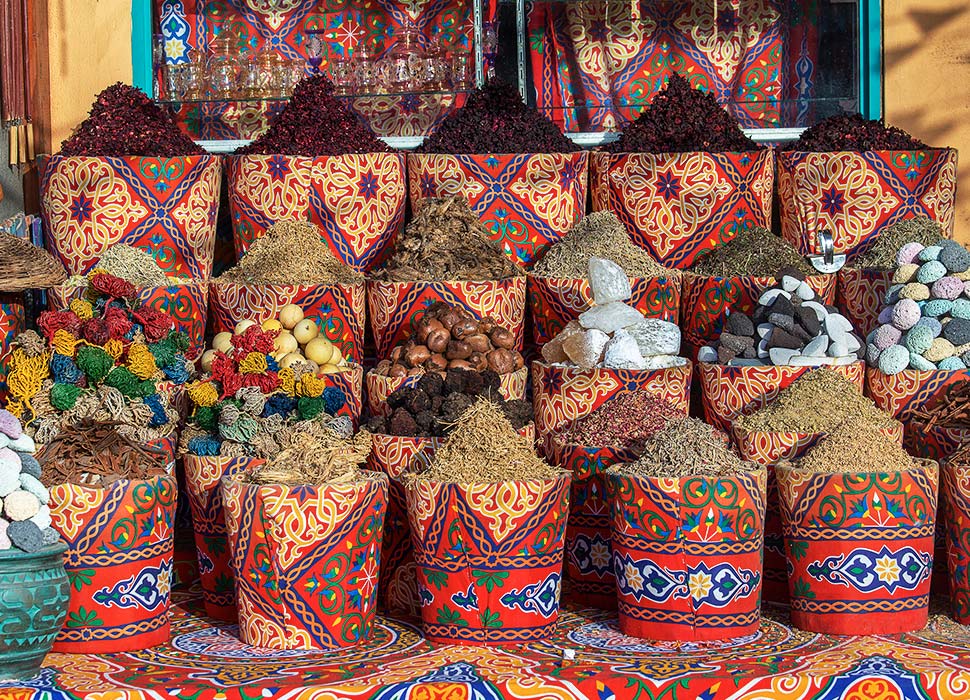 Some folks find the art of negotiating terrifying, and that’s fair enough. But half the fun of shopping in a place like Sharm el Sheikh’s old market – which surrounds the gorgeous Al-Mustafa mosque, above – is in the sport of getting that price down. Typically you can get half off if you know how to play it cool, and definitely don’t be scared to walk away. You’ll end up going home with twice as many cool ornaments, towels, lamps and fashion accessories. But the real gift is that feeling of knowing you didn’t give in. Priceless.

7. Go wild for the Nabq Protectorate 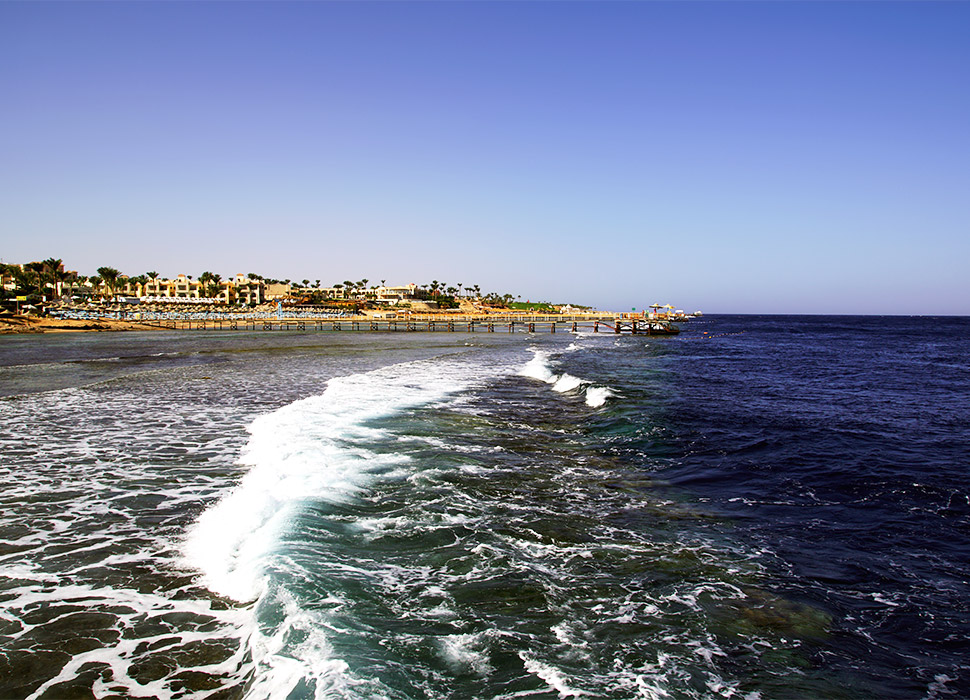 Named after the oasis within its protected boundaries, this thriving nature reserve 35km up the coast from Sharm el Sheikh proper is a great way to get a sense of what life was like in this part of the world decades or even centuries ago. It covers 600 square kilometres of land and sea between the Straits of Tiran and Dahab, and highlights include a coastal mangrove forest and the hypnotic dunes of Wadi Kid. Look out for bedouin villages, Nubian ibexes, gazelles and the cheeky, rodent-esque rock hyrax.

8. Tackle the Steps of Repentance 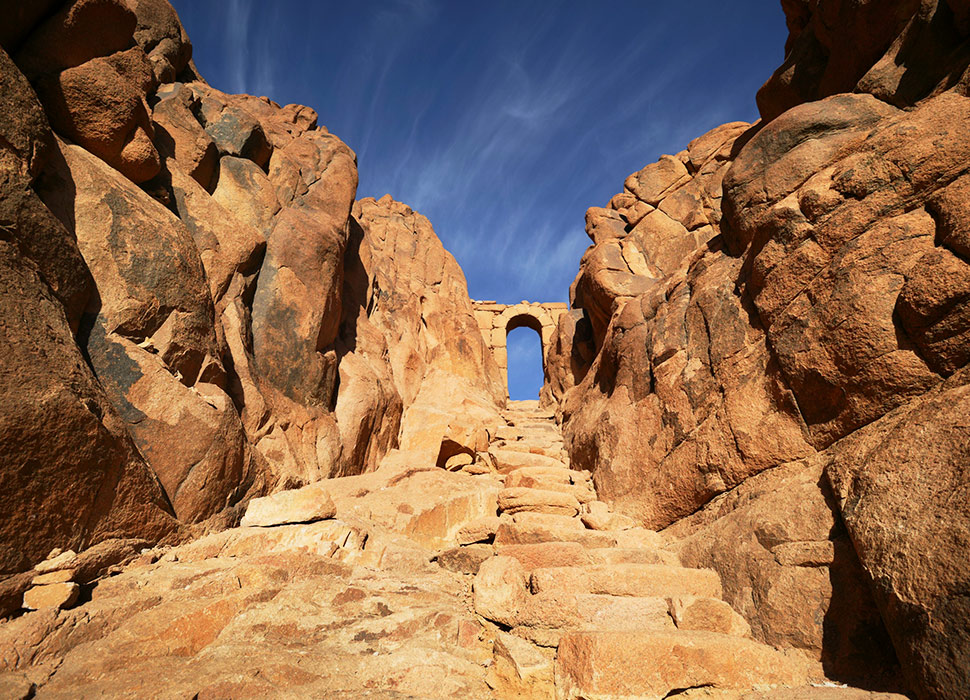 Considered holy by both Muslim and Christian devotees, and mentioned in both the Bible and Quran, Mount Sinai is a smart day trip from Sharm. And while you’re there, you may as well check out the Steps ff Repentance. Built single-handedly (well, mostly) by a 6th-century monk who was so mortified by a (tragically, never clarified) sin, he spent the final three decades of his life hand carving and laboriously moving into place 3,750 stones up to the summit. He died in the attempt, but his fellow monks completed his passion project posthumously. Talk about brotherly love.

9. Rock on at the coloured canyon 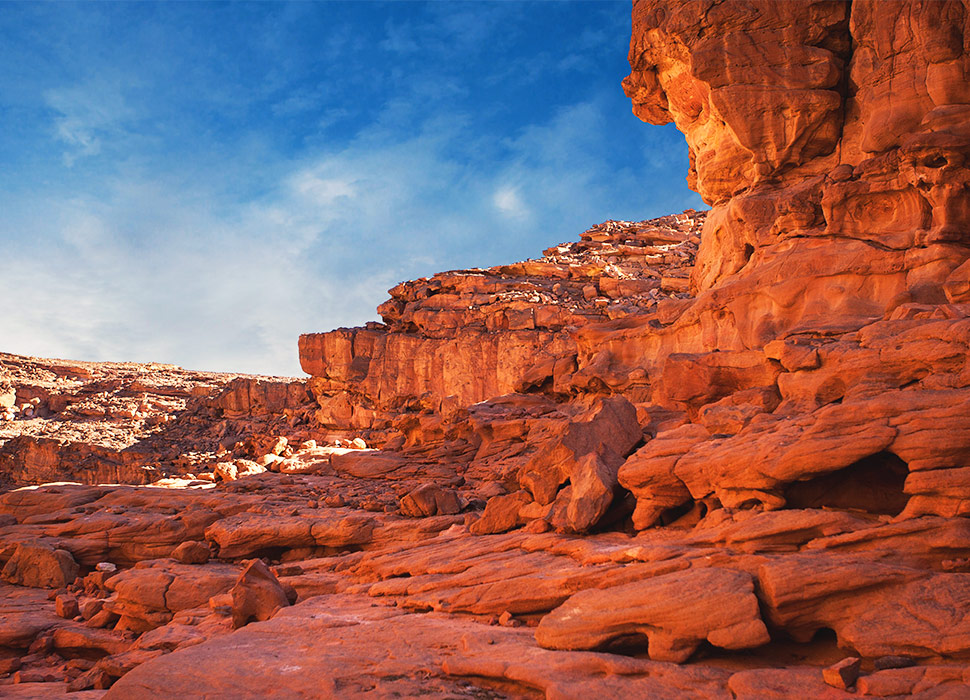 Get your eyes around these ochre expanses / Image: Getty Images

Another essential day trip a couple of hours outside downtown Sharm, the coloured canyon is just that: a ravishing ravine carved by eons of gently lapping water. It's mostly sandstone with lurid veins of limestone, granite and basalt stone. Hiking here isn’t for the faint hearted – the journey alone gets pretty rickety as you approach the canyon, and at the base you’ll be battling searing desert heat, steep descents and narrow squeezes. But then, it’s supposed to be hard.