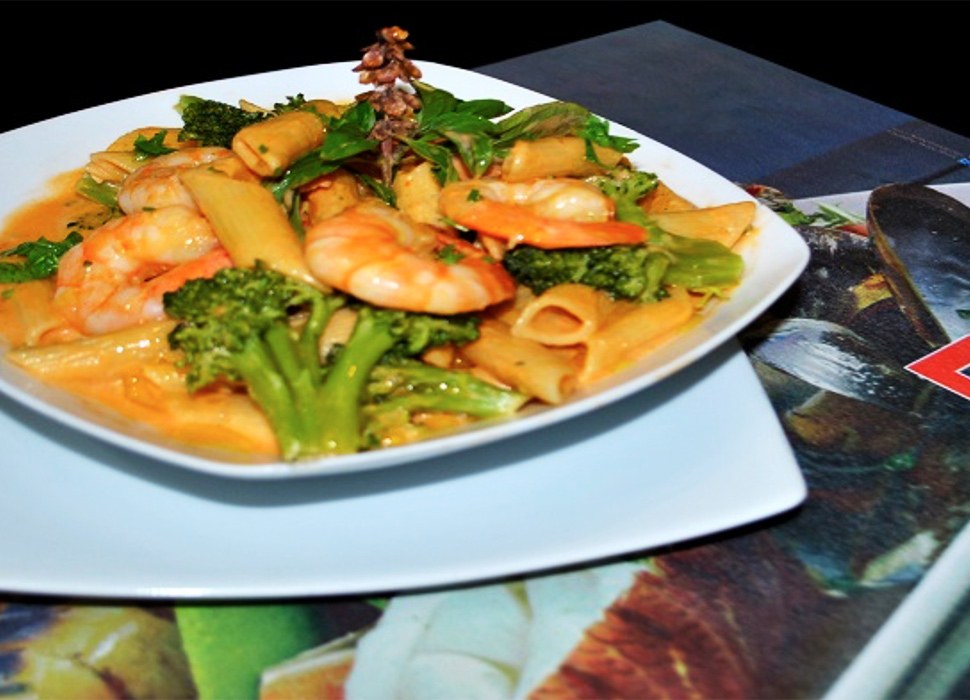 This restaurant is known for its no-frills seafood platters

Repeat visits are not uncommon at this well-known restaurant in Sharm el Sheikh. There are two branches: frankly, neither are much to look at but the Old Market outpost might be the more charismatic. Either way, both do no-fuss, great value seafood platters – think, big, chunky shrimp, lobster or grilled mussels – or fresh-as-it-gets catch-of-the-day priced by the kilo. A surprisingly broad range of well-done pasta dishes come to the rescue of non-pescatarians. 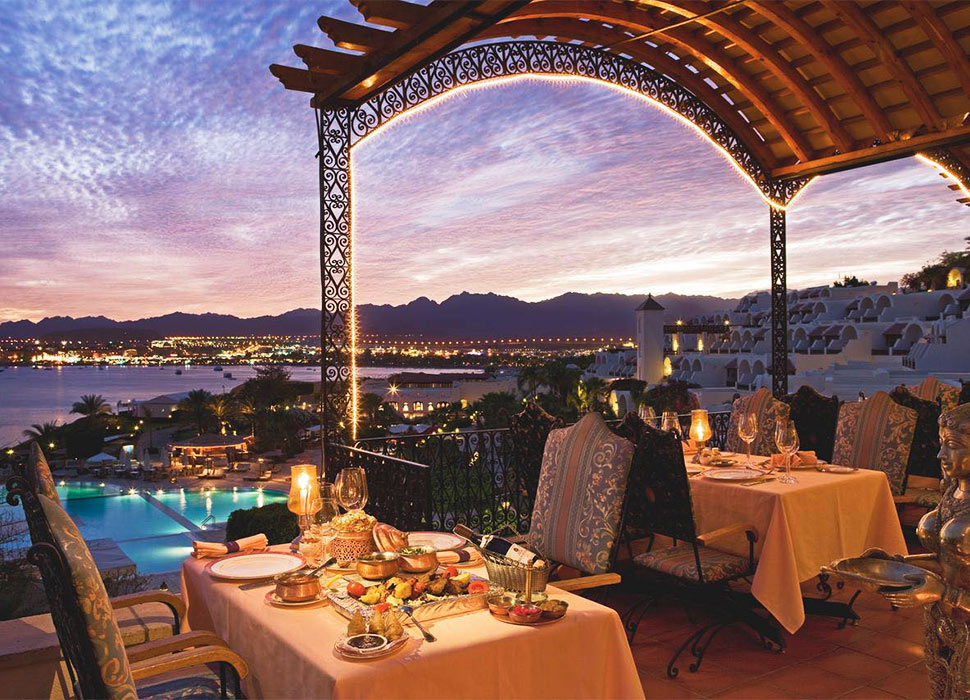 Go for the views, stay for the pillowy garlic naans

Indian cooking might not be the front of mind for Sharm el Sheikh’s more food-conscious visitors but, hey, when it’s this good, why not? Based in the swank, cliff-side Mövenpick Resort, bag a table on the outdoor terrace with views of Na'ama Bay below and order up any number of seriously satisfying, spiced-to-perfection dishes from the hot, pillowy garlic naan to the yummy house-special clay pot tandoori chicken. Book ahead. 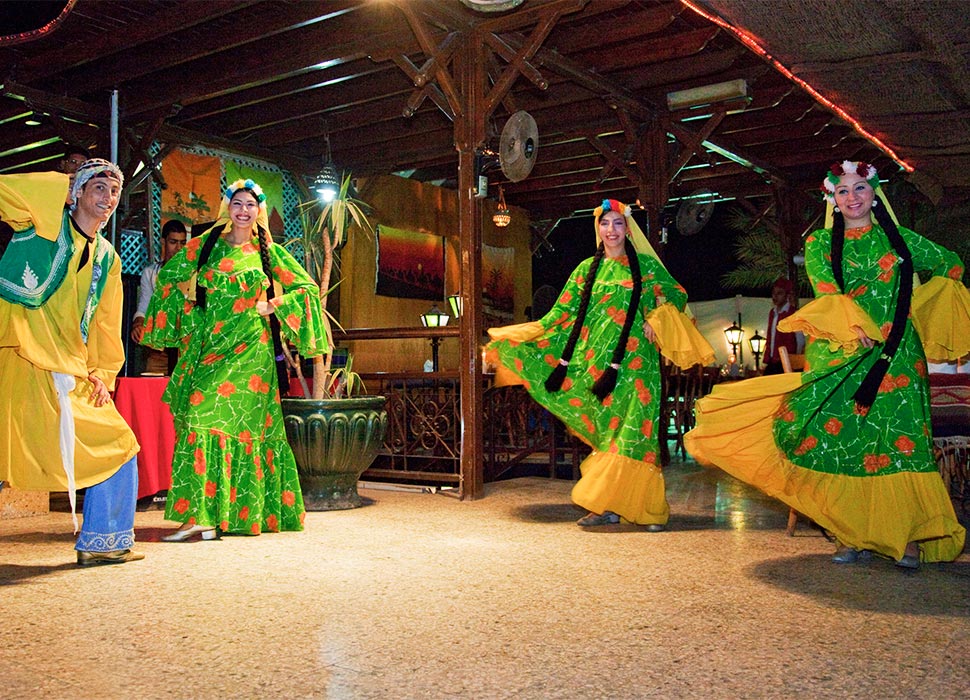 Dishes come with a side of entertainment

A table on the rooftop at this deservedly popular restaurant at the Ghazala Hotel is one of the most coveted spots on Na’ama Bay come sunset. And for good reason: the service is friendly and the cooking is reliable. Think, generous portions of classic Middle Eastern dishes, everything from fresh-baked flatbreads to generous sized, grilled kofta to tangy, Lebanese-style fattoush (mixed salad). Book ahead for the best people-watching tables on the top-floor terrace.

One of the more elegant dining rooms at glitzy party hub Soho Square is also surprisingly good value: expect super fresh, by the kilo fish, large platters of well-cooked crustaceans (the lobster thermidor gets rave reviews) as well as a decent roster of fancy-looking, Mediterranean-style seafood dishes such as shrimp risotto or clam spaghetti. Call ahead for the outdoor tables in the flowery terrace in peak season. 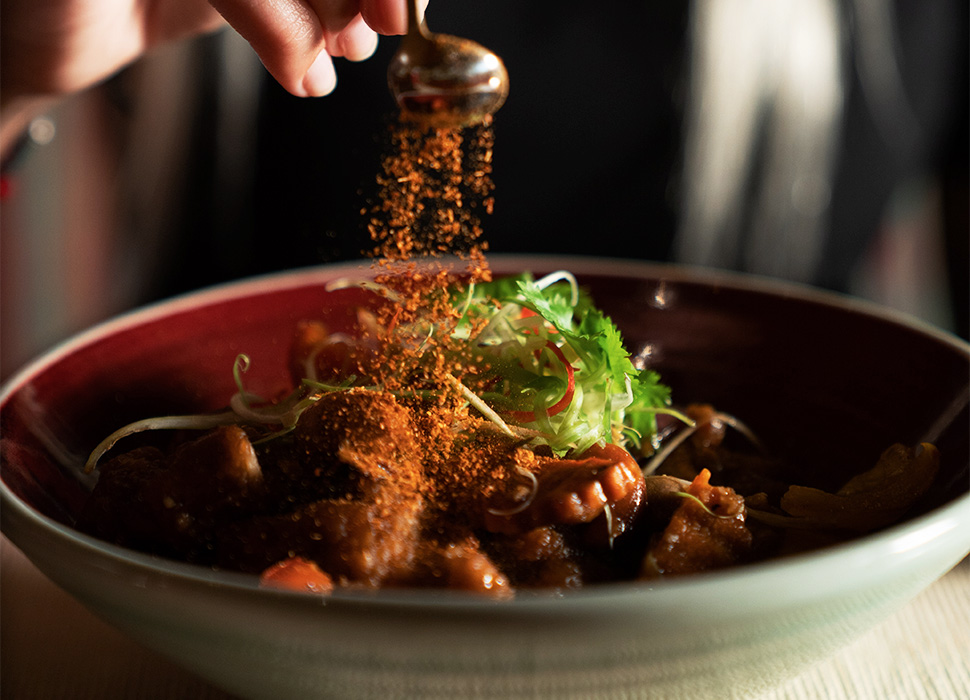 You’ll quickly notice that many of the top-end tables in town belong to fancy hotels; as with this upscale chic Thai restaurant at the Park Regency Sharm El Sheikh. Come smart-casual (yup, there’s a dress code) and bag one of the Red Sea view tables outdoors and order any number of beautifully presented Thai classics done to five-star standards but not, mercifully, five-star prices: good value set meal deals are common here, check ahead. 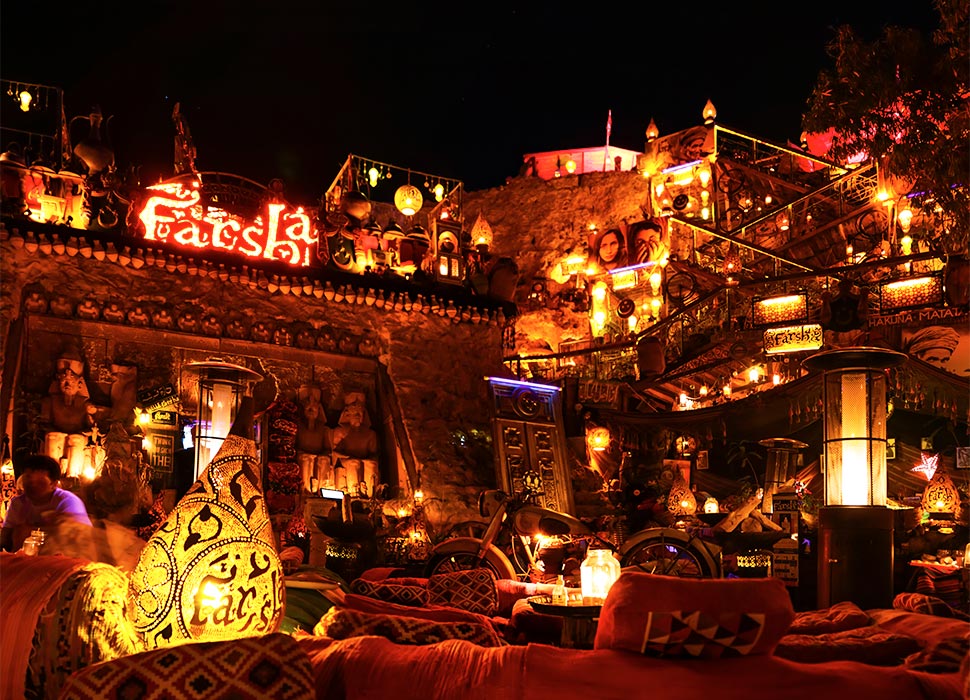 Good vibes all round

With seriously likeable boho chic vibes, this low-key buzzy Sharm El Sheikh rarity looks like an R&R hang-out from Burning Man Festival: think shisha pipes, Balearic beats, hanging lamps and cosy, pillowy nooks to kick back and take in the sea views and sip well-made cocktails. The straightforward menu of cafe-style comfort fare is nothing special but, with a place this vibey, it’s hardly the point. Highly recommended. 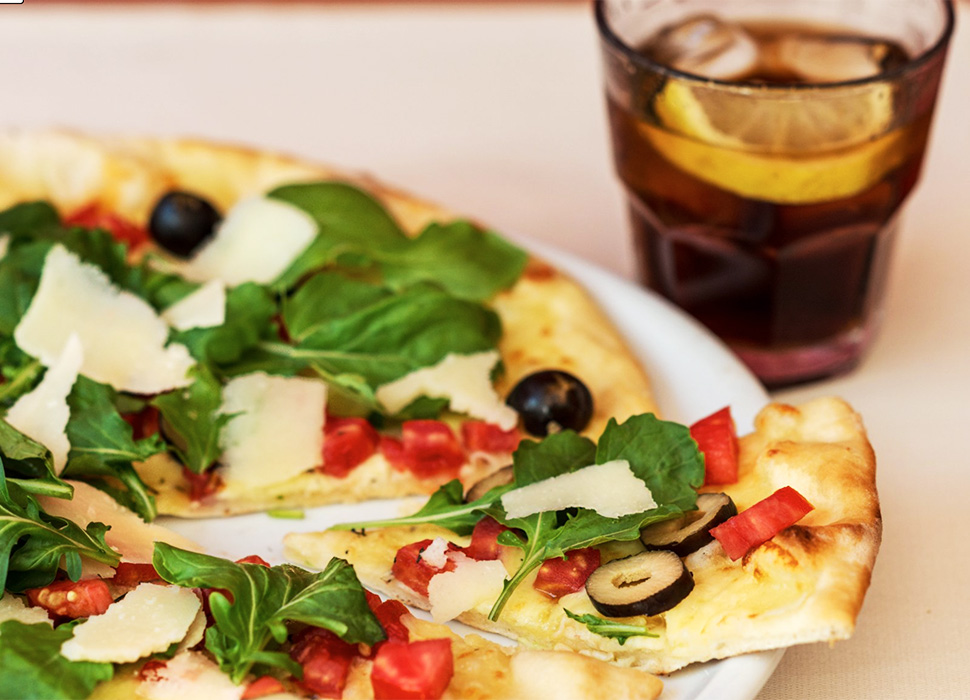 When only a pizza will do...

Part of the Camel Dive Club & Hotel complex at the south end of Na’ama Bay, this popular, perky casual Italian is considered to do the best pizza in town. OK, not exactly stiff competition but, even so, the pies here are first class with all the usual suspects (marinara, napoletana) combined with seafood variations. The pasta dishes are a safe bet, too, as is the good value lunch buffet, a popular fill with nearby beach dwellers and morning Red Sea divers.

Lebanese cooking doesn’t come much better than at this always busy Soho Square favourite known for its ace, generous-sized Levantine classics that draw a mixed crowd of locals and in-the-know tourists most nights of the week. They’re not pushing boundaries here but that’s fine: the tender grilled lamb kofta with saffron rice or yummy mixed mezze with stuffed vine leaves rarely disappoints anyone out for the classic Middle Eastern feast.

With a fiercely loyal following of Sharm El Sheikh returnees, friendly owner Linda Bamieh’s Market Square late-nighter (until 2.30am) excels in a casual yet fancy, all bases covered menu of well made, nicely presented comfort food that could be anything from stacked gourmet burgers to just-right filet steak and chips via a pleasingly broad roster of seafood dishes like Spanish-style garlic chilli shrimp or deep-fried popcorn fish with spicy-sour dip.

The best hotels in Egypt