For an unforgettable desert adventure, there are few better guides than the Bedouin. Egypt's Maaza tribe are custodians of the recently mapped, 170km Red Sea Mountain trail – a community tourism initiative that crosses one of the least-trodden wildernesses of the Middle East.

The turn-off from Hurghada for the Red Sea Mountain Trail leaves the asphalt roads of modern Egypt for centuries-old sand tracks only 4X4s are suited to. It’s a turn that many would miss – there are no signposts, just an old steel drum and a wooden checkpoint from which Bedouin boys keep a watchful eye over all who pass through their gateway.

Beyond lies towering mountains and the great nothingness of the Eastern Desert. These lands have been navigated by the Maaza tribe for hundreds of years. The 700-strong Khushmaan clan is part of that tribe and now it’s also custodian of the Red Sea Mountain Trail – the hiking circular made up of ancient nomadic smuggling and trading routes.

The trail has been pieced together in a collaboration between Khushmaan clan guides Hassan Musallem and Mohammed Muteer, and Ben Hoffler, a British trekking guide and translator. For adventurers, it offers extraordinary insight into one of the least-trodden and most beautiful wildernesses in the Middle East.

Hiking! You want it, we got it. First up, here are the most scenic long-distance walks in the UK.

Sodden old Blighty not spinning your propeller? Fine. Five showstopping hikes in Tenerife it is. 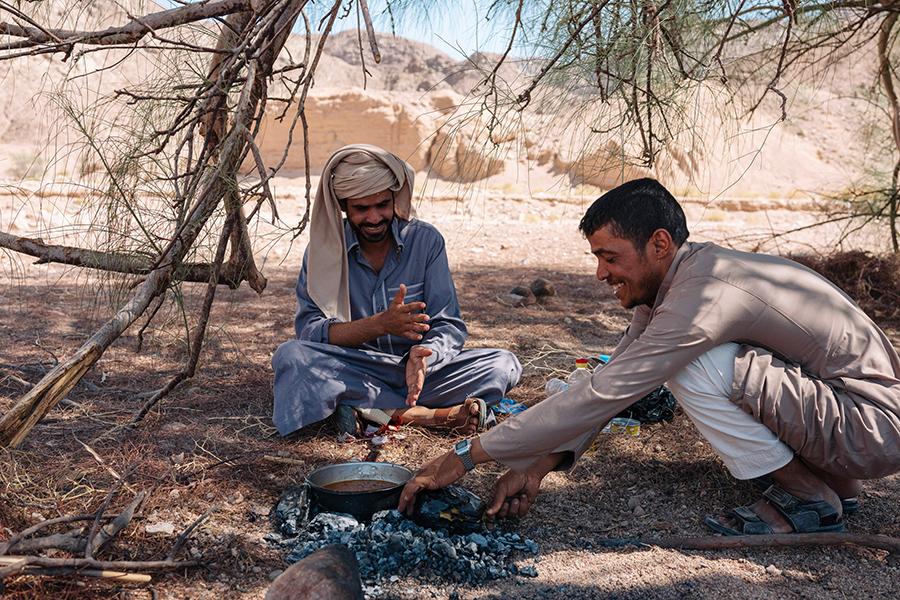 It’s never been harder to lead a Bedouin way of life. Not only have the nomads been deserted by the rains they once chased to graze and water their livestock, but technology – GPS specifically - has made redundant the valuable knowledge and navigational skills passed down from generation to generation, and once enlisted by well-paying miners and tourists.

More and more Bedouin are left with little choice but to part from their beloved desert for the prospects of the city, leaving their traditional lifestyle and learnings in the dust. It’s these hurdles that Ben and the Bedouin are hoping to knock down with the trail they’ve created together.

“The Red Sea Mountain Trail is a community tourism project,” Ben says. “We hope to create jobs that’ll allow the Bedouin to stay in their desert and mountains, working in ways that keep their way of life alive, while sharing their nomadic heritage with new people.”

The trail takes in several challenging peaks, involving rocky scrambles through weather-beaten gorges. To complete the whole thing would take weeks, though there are shorter routes for those with just a few days to spend.

But covering ground in the mountains isn’t what’s important - it’s picking your many afternoon snooze, meal and campfire tea spots, away from the beating sun. The terrain is rather unforgiving, but the welcome is warm and friendly. 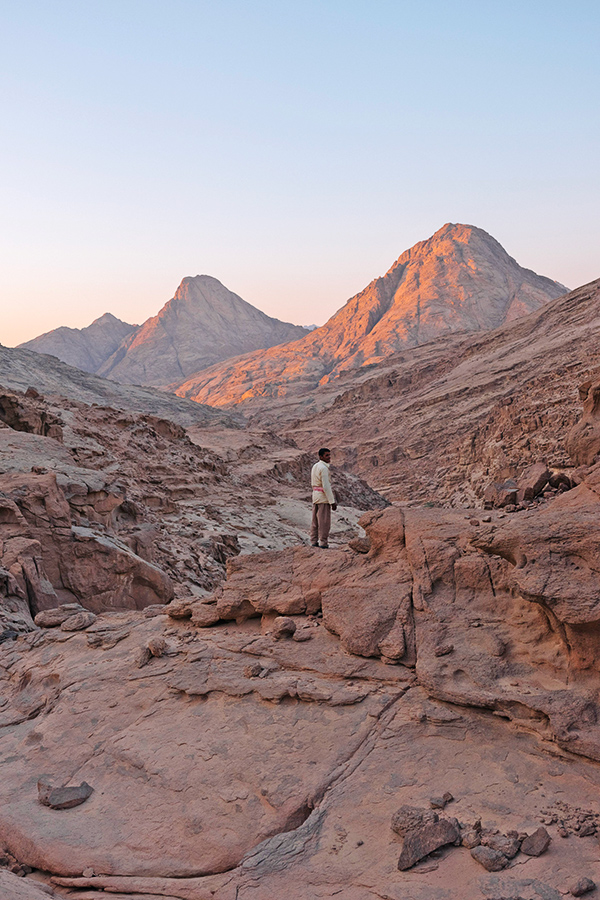 Along the trail it’s possible to trace the outlines of ancient drawings depicting giraffes and ibex etched into granite, and you might be lucky enough to find bleached viper’s skulls complete with menacing fangs. Hiking days end with wadi (valley) camping, bread made from scratch and freshly brewed tea.

“When you see far, you see more success. You can’t see far in the city”

As afternoons fade, the light ignites the highest peaks, transforming the tallest of these sky-seeking cathedrals into smouldering pyres - the most arresting of which is the 2,187m Jebel Shayib el Banat, or the Old Man’s Mountain, so called because of the beard-white patch that crowns its summit.

The final destination is dinner with Hassan’s brother, the Khushmaan clan’s sheikh, who imparts his wisdom over a spread of warmed breads, spiced chicken, and more tea.

“The West stands to learn about Bedouin patience,” he says. “Anyone with patience is more relaxed and can see farther. When you see far, you see more success. You can’t see far in the city.”