Thessaloniki finds itself at the centre of a gastronomic revolution. Driven not by culinary kudos but by a desire to help others, a group of talented chefs have given birth to a new stripped-down food scene: gastro-collectivism.

The movement began with Greece’s debt crisis over the last decade, which left a quarter of young people unemployed. The lack of work in cities had encouraged many Greeks back to the countryside, where they were learning to cultivate the land once again. While the economic machine was collapsing around them, vegetables were ripening and wild greens pushing up through the ground.

“We wanted to create something totally different in the local market”

One man, Antonis Moustakis, sensed an opportunity. His novel idea was a collectively run, farm-to-table restaurant in Thessaloniki that used these ingredients, not for the culinary kudos, but as a way to provide fair employment and cheap, tasty grub to the languishing youth community of his home city.

His restaurant, Extravaganza, opened in a once-abandoned arcade, offering contemporary versions of traditional recipes that showcased those high-quality ingredients. Since then several more gastro-collectives have sprung up in the same furrow. The food is experimental, but also delicious in an eye-opening way.

Sebriko (‘cooperative’ in Greek) is a modern meze taverna located just behind the courthouse, which was launched by a collective of five amateur chefs in 2012.

Rediviva Cucina de Povera, in the historic Ano Poli (Upper Town), was started in 2015 by five unemployed friends – chefs and organic farmers – who sought to elevate ingredients such as edible flowers and wild mushrooms.

In Ladadika, a neighbourhood that once served as Thessaloniki’s commercial hub, the unassuming, collectively owned bistro Maitr & Margarita began attracting hordes of hungry hipsters with dishes such as chickpea gnocchi served with octopus ragout (a twist on the classic Greek chickpea and octopus stew).

Its kunafe, topped with thyme syrup and sulguni cheese, is a savoury interpretation of the Middle Eastern dessert and served as a starter.

Waste not want not 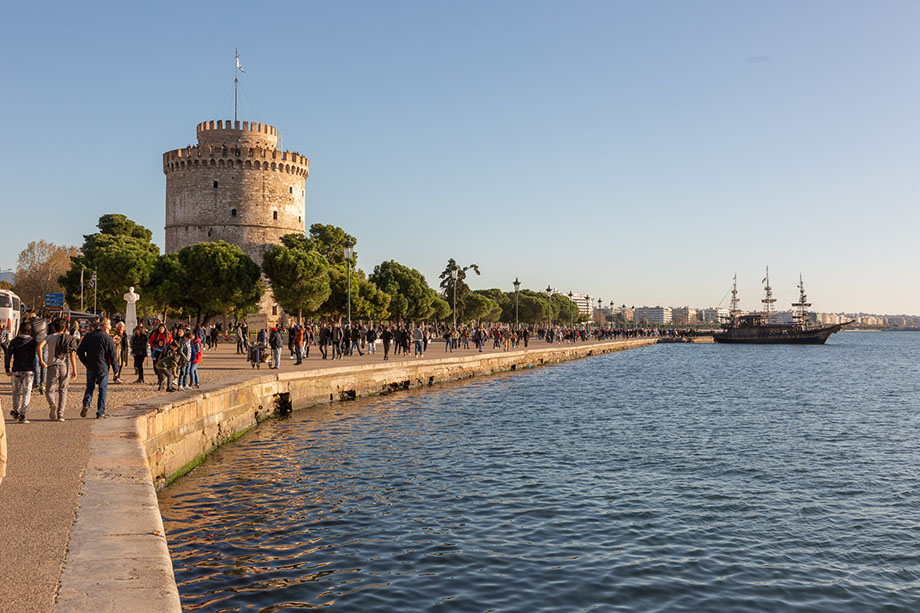 “In Thessaloniki, restaurants are actually one of the surest ways to make a good living”

“In Thessaloniki, restaurants are actually one of the surest ways to make a good living,” says George Palisidis, a chef and gastronomy professor at the International Hellenic University.

He explains that over the past decade, and with the encouragement of former Thessaloniki mayor and veteran winemaker Yiannis Boutaris, small-scale farms have been increasingly exporting their artisanal products for consumption in Thessaloniki’s new wave of dining spots.

Close attention is paid to the produce, providing that intensity of flavour in everything from oily olives to plump radishes. Then there are the restaurant rents, which are rock bottom. 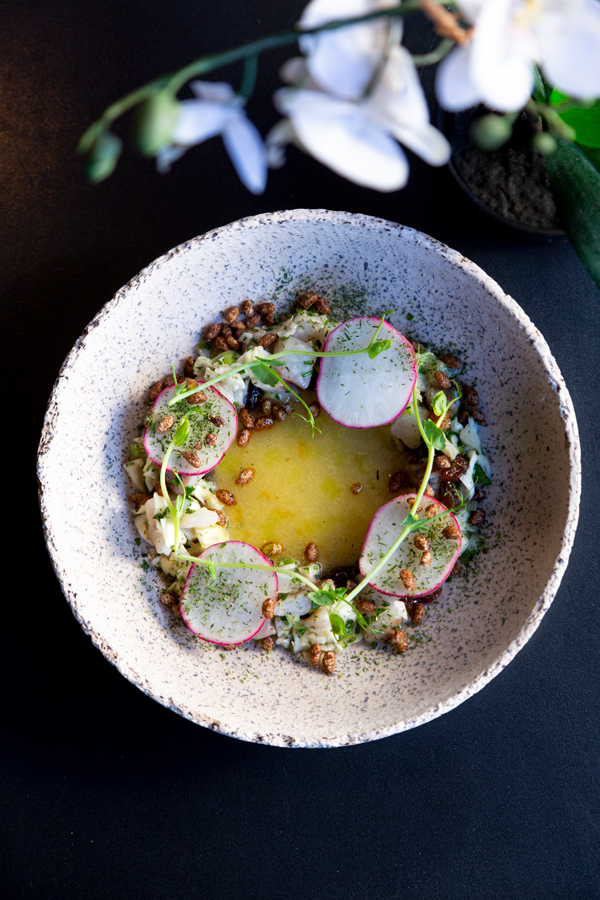 Sokratis Beligiannis, Maitr & Margarita’s sous chef and co-owner, says that while Thessaloniki has been, and continues to be affected by the economic crisis, its entrepreneurial-minded millennials are looking to the city’s past for guidance on how to build its future.

“Thessaloniki used to be, for hundreds of years, a cultural junction, a major port between West and East. It used to be a multicultural city, with muslims, Jewish and Christian residents, and our culinary traditions reflect this unique cultural mix,” he says. “Not forgetting our cultural roots, we’re always looking forward.”

“We need to be more creative and more innovative, in order to separate ourselves from the others”

At Extravanganza, Antonis says that for chefs like himself, it’s still “a battle for survival”, but one which produces exciting results.

“To earn our living, we need to be more creative and more innovative, in order to separate ourselves from the others,” he says. At a time when ‘locally sourced’ has become an expensive culinary cliche, this city is reminding the world why simple, wholesome food is more than just a passing trend.