The best things to do in Copenhagen

With serene urban dunes, monumental modernism, spectacular cycle paths and a wicked natural wine scene, the Danish capital is a cultured visitor's dream. Here's the best of it 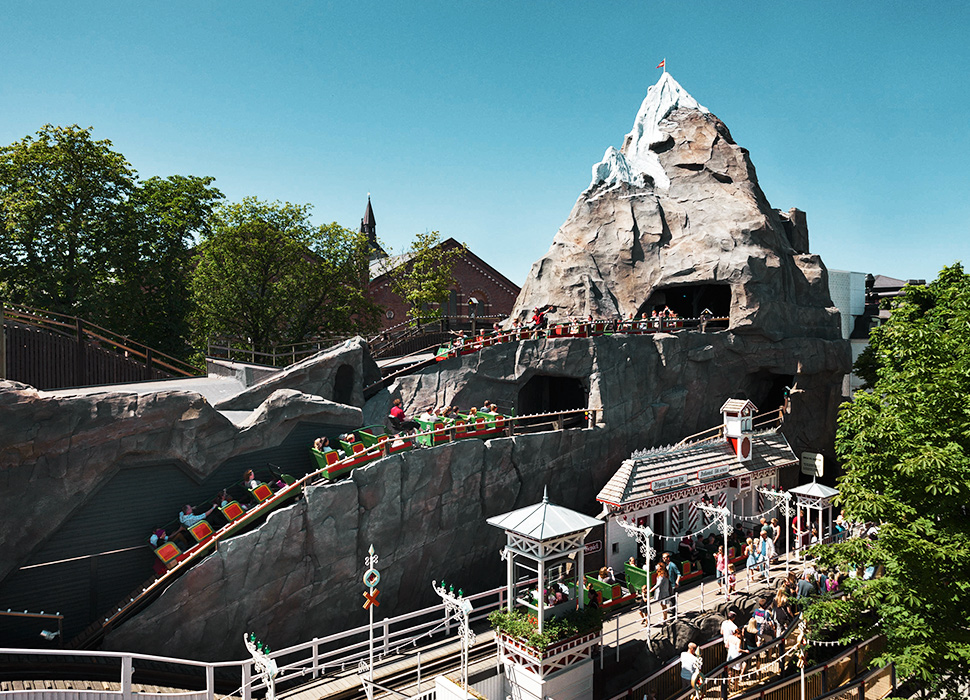 The granddaddy of theme parks has been wowing excitable punters since founder Georg Carstensen talked king Christian VIII into signing off on his thrilling brainchild back in 1843. Tivoli’s head-turning combination of thrill rides, food stalls, games and gardens has been winning admirers ever since. No less a figure than Walt Disney is said to have been inspired to open his own theme park after visiting. Today you can still ride the 1914 Rutschebanen, a wooden rollercoaster, which remains a total scream.

2. Bank on a good time at Nyhavn 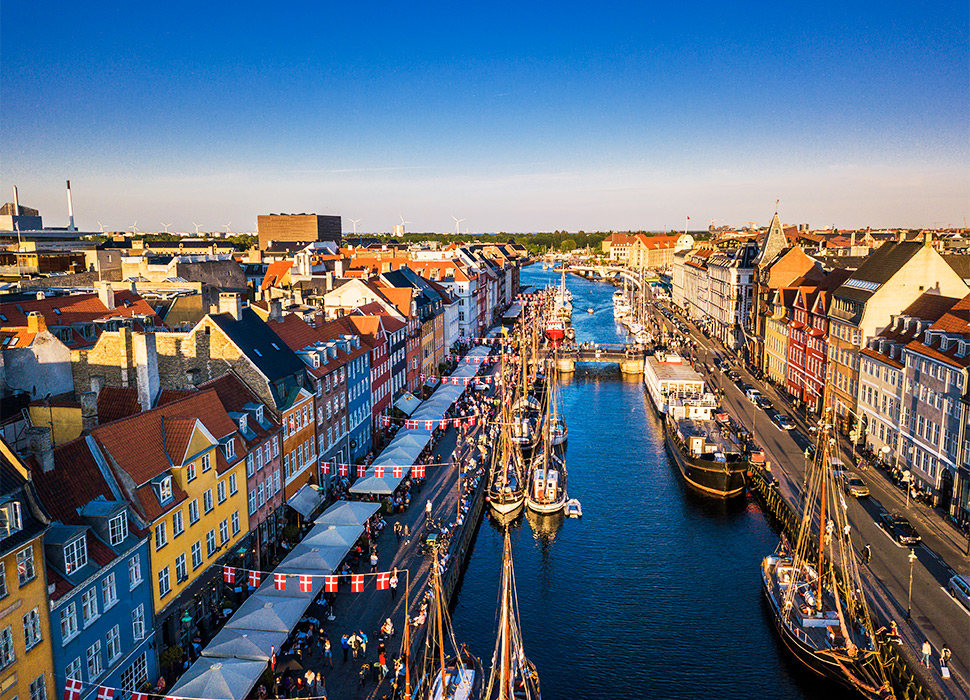 Literally meaning ‘New Harbour’, the attractive waterfront of Copenhagen's Nyhavn neighbourhood is affectionately known as the ‘longest bar in Scandinavia’. This is due to the abundance of places to wet your whistle while you watch the sun go down over the pretty pastel-coloured buildings and creaky wooden sailboats. Noted tale-teller Hans Christian Andersen lived here, and (arguably) the world’s oldest tattoo parlour, the ‘Tattoo Ole’, is still making its mark at number 17.

3. Bike around the harbour ring 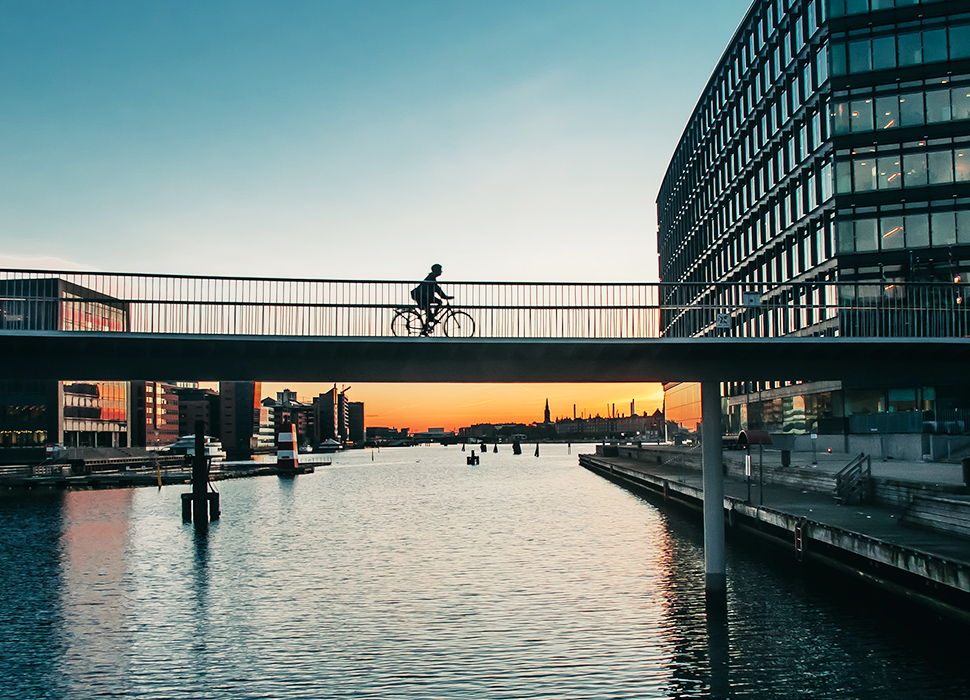 A major reason Copenhagen folk are so fit and perky is the fact that most of them cycle everywhere. See what the fuss is about by renting yourself a pair of wheels and taking on the so-called ‘Havneringen’ or ‘harbour ring’ – a nifty 13km loop that zooms around many of the city's best sights in comfort and safety. Rise above it all on the undulating Cykelslangen ('cycle snake') bridge, skirt alongside Amager Fælled (one of Copenhagen’s prettiest wild spaces) and pause for a caffeine hit at one of several houseboat coffee spots. A wheel winner.

4. Drink in the atmosphere at Ny Carlsberg Glyptotek 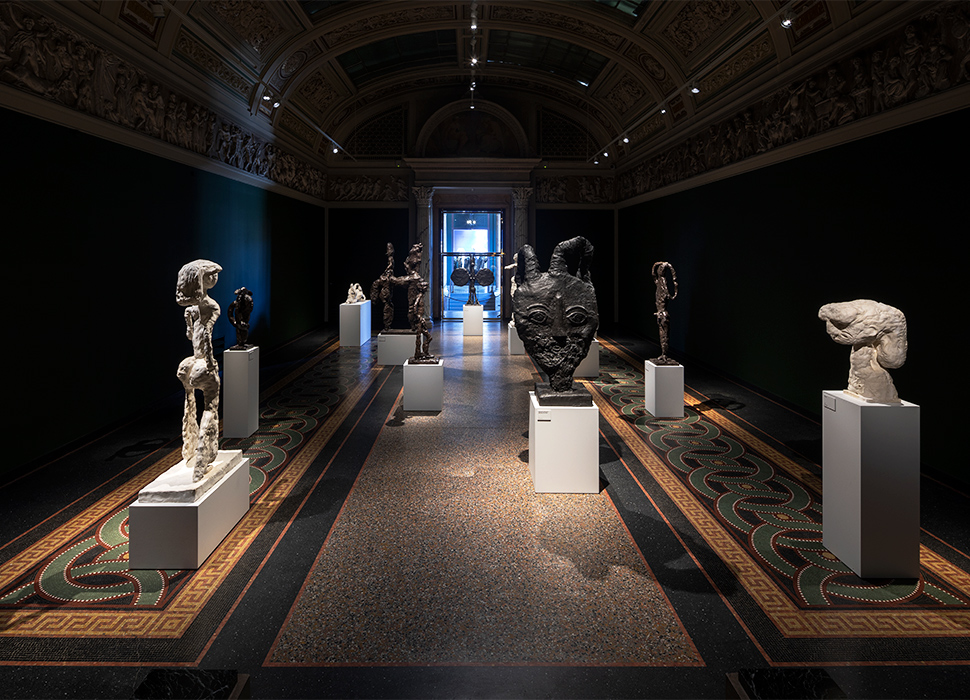 Local brewing magnate Carl Jacobsen amassed a vast art collection in his 19th-century heyday, and for more than 120 years now it’s been open for the public to savour. The man had demonstrably excellent taste, too: classical Greek and Roman statuary rub ideally sculpted shoulders with Egyptian mummies, as well as dreamy French impressionist canvases and thought-provoking bronzes from the likes of Rodin. Picnic, the café found in the museum's lush winter garden, is equally tantalising.

5. Hang out with the cool kids at Refshaleøen 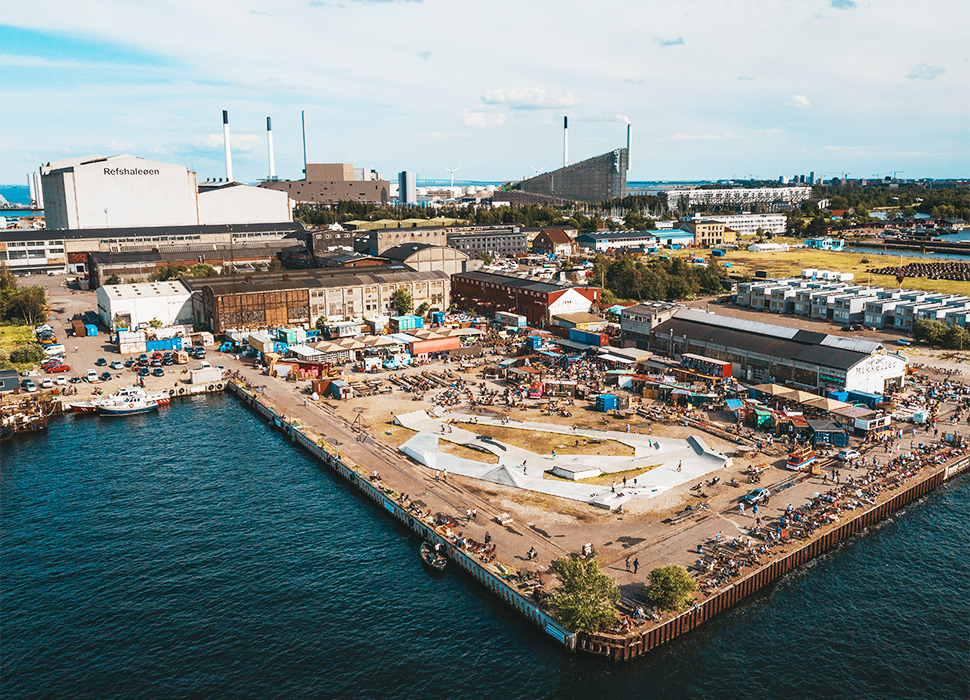 This former industrial district is now one of the city's coolest 'hoods / Image: Copenhagen Media Center

In a past life, the Refshaleøen district was home to one of the world’s biggest shipyards, before a very different sort of heavy metal – the hardcore CopenHell festival in 2010 – began the process of rebranding this artificial island as a party destination. Since then Refshaleøen, just 15-minutes cycle from downtown, has enjoyed quite the hipster renaissance, and is now home to groovy brewpubs, the CopenHot spa, a very respectable flea market and some of the world's best eateries in Noma, Amass and Alchemist. There’s even a trendy summertime swimming spot. 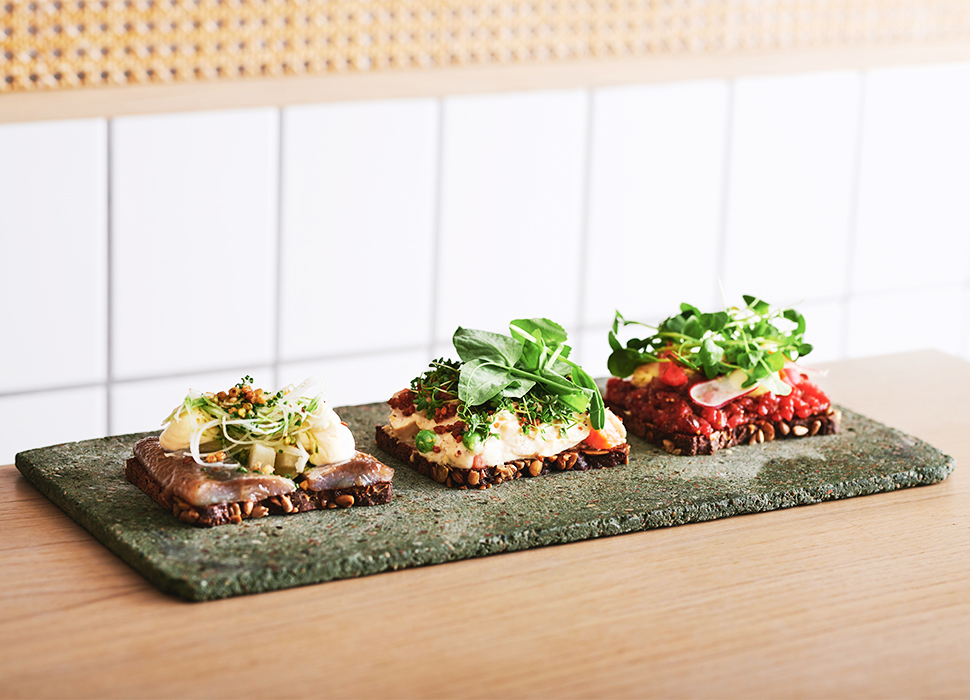 Notoriously tricky to pronounce – ‘smurr-brugh’ is about it though – the classic Danish open-faced sarnie is nonetheless delightful to get your lips around. They can be found all over the shop, but for great results check out the award-winning smørrebrød with beef tartare, pickled onions, endive, hazelnut and brown-butter-emulsion at Aamanns 1921 (on Niels Hemmingsens Gade), or the more traditional cosy versions they sling with pickled herring at Kronborg (on Brolæggerstræde), where the staff claim they set out to create the 'kind of place we would like to visit in our own free time'. Well, that’s easy for them to say. 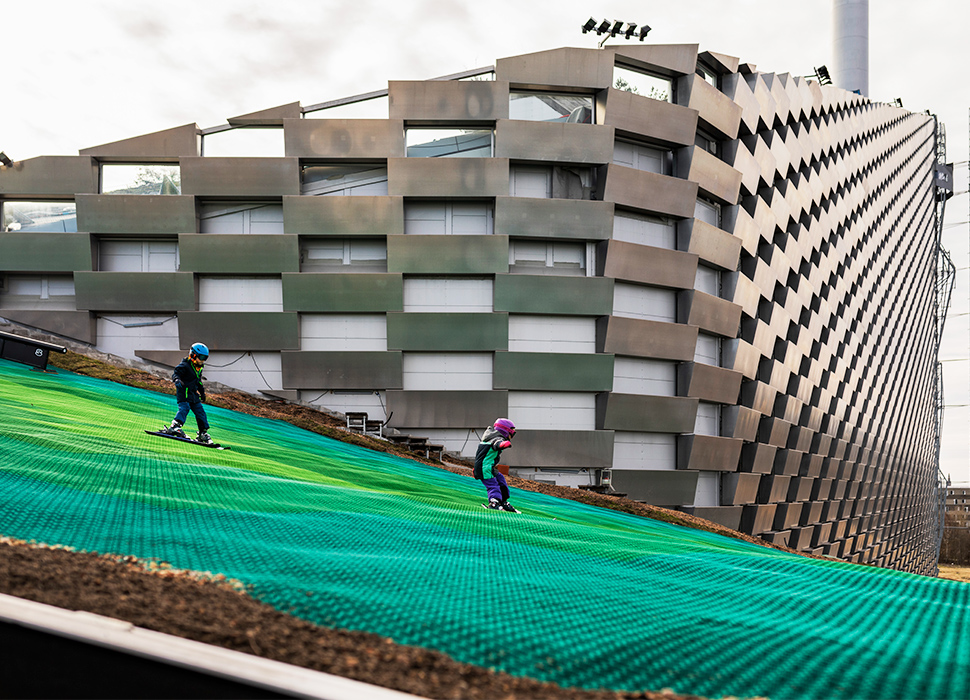 It's a slippery slope at this urban ski run / Image: Ehrhorn/Hummerston

An idea at once ludicrous and utterly inspired, CopenHill is a resplendent waste-burning municipal power plant that not only seeks to save the world by slashing the sheer volume of rubbish sent to landfill, but also has a bloody ski slope on the roof. Cooked up by eminent starchitect Bjarke Ingels as part of his ‘hedonistic sustainability’ vision – making environmentalism cool, basically – its chimney even blows smoke rings. There’s a hiking trail up there too, plus the world’s tallest climbing wall, and an apres-ski. Talk about raising the bar.

8. Hit the beach at Amager Strandpark 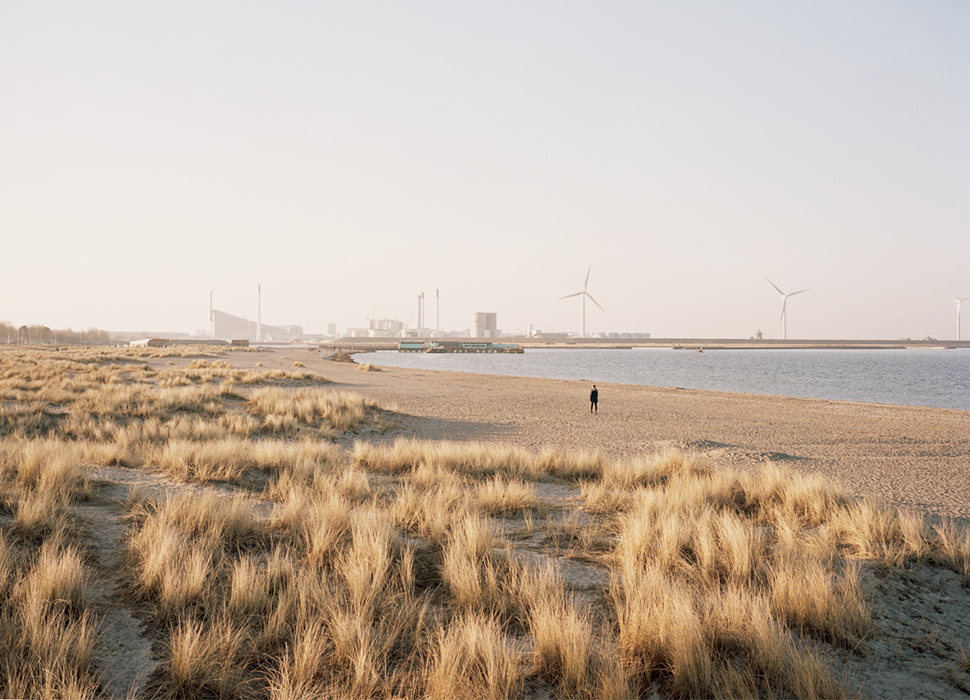 Among its countless other blessings, Copenhagen has a marvellous beach just 6km from City Hall. Served by no fewer than three different metro stops – or it's a doddle to reach by bike – Amager Strandpark offers everything from kid-friendly swimming in the artificial lagoon to traditional grown-up Scandi saltwater spa bathing at Helgoland Badeanstalt. There’s a sparklingly clean promenade for running, plus kayaking, kite surfing and stand-up paddleboarding. Or if that that sounds too strenuous, just grab an ice-cream and chill on the dunes. It puts the haven in København.

9. Meet modernism's masters at the Louisiana 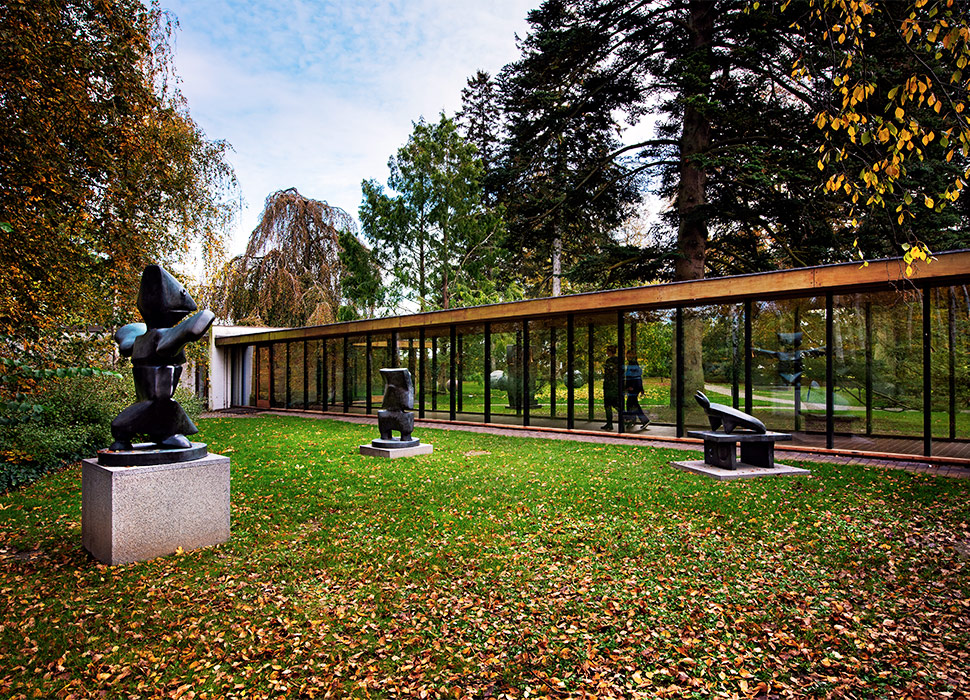 The modern art museum all others aspire to be, the Louisiana is blessed with a dreamy setting on the coast a little north of Copenhagen proper, with several eye-catching sculptures idyllically set against the background of the brooding sound. More than 4,000 exquisitely curated postwar works jostle for your attention, with big names like Picasso and Frida Kahlo sitting pretty in a building that is itself a recognised masterpiece of modernist architecture. The gift shop alone is a magnet for design-conscious Danes seeking to zhuzh up their homes. But is it art? It most definitely is. 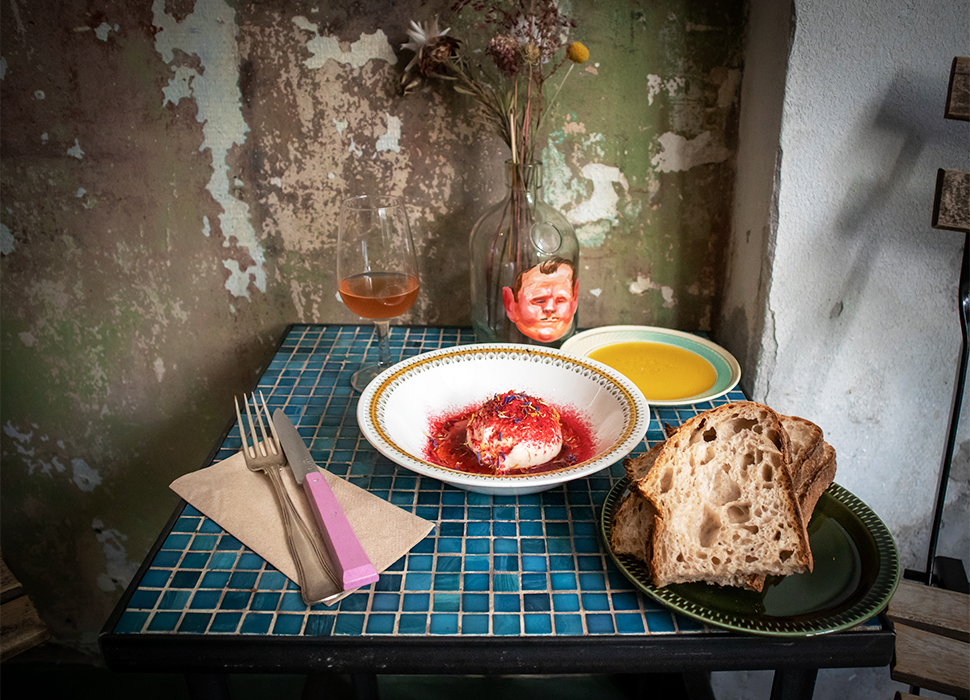 Taking a glass and a plate at Pompette / Image: Copenhagen Media Center

Since Rene Redzepi's pioneering restaurant Noma began serving natural wines – those made without additives and excess sulphites – hifalutin types in the Danish capital have been hooked. A whole culture of importers, retailers, sommeliers and (yes) drinkers has sprung up, and the tipples at hand are absolutely worth sampling. Martin Ho’s dinky, industrial chic bar Pompette (at 3 Møllegade), which means ‘tipsy’ in French, offers a chatty, casual way into to the natural style, while viticulture heavyweights Rosforth & Rosforth are behind lean, modernist spot Den Vandrette (at 53a Havnegade), where natural wine and posh small plates are the order of the day.