From harbour pools to urban beaches, old-school baths and seaside pontoons, the Danish capital is a city swimmer's dream 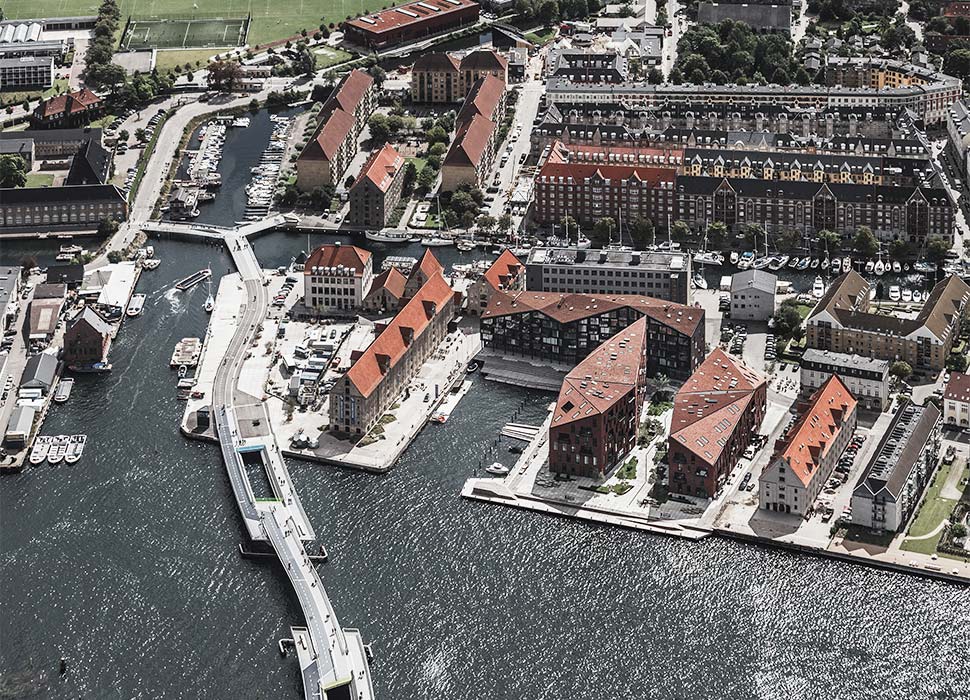 Ringed with gorgeous architecture and boats, the clean water at this inner-city canal spot means every spring the area is buzzing and busy with happy people diving off the chic decking. It comes with fine views of the candy-coloured buildings of Nyhavn to boot.

Head to the swiftly gentrifying dockland district of Refshaleøen to find La Banchina. This gourmet sea-to-table café/restaurant is one of the city's most serene eateries, bolstered by an excellent natural wine menu. It also has its own sauna and a couple of jetties to leap into the crystal-clear harbour waters from, making this a bather's paradise. 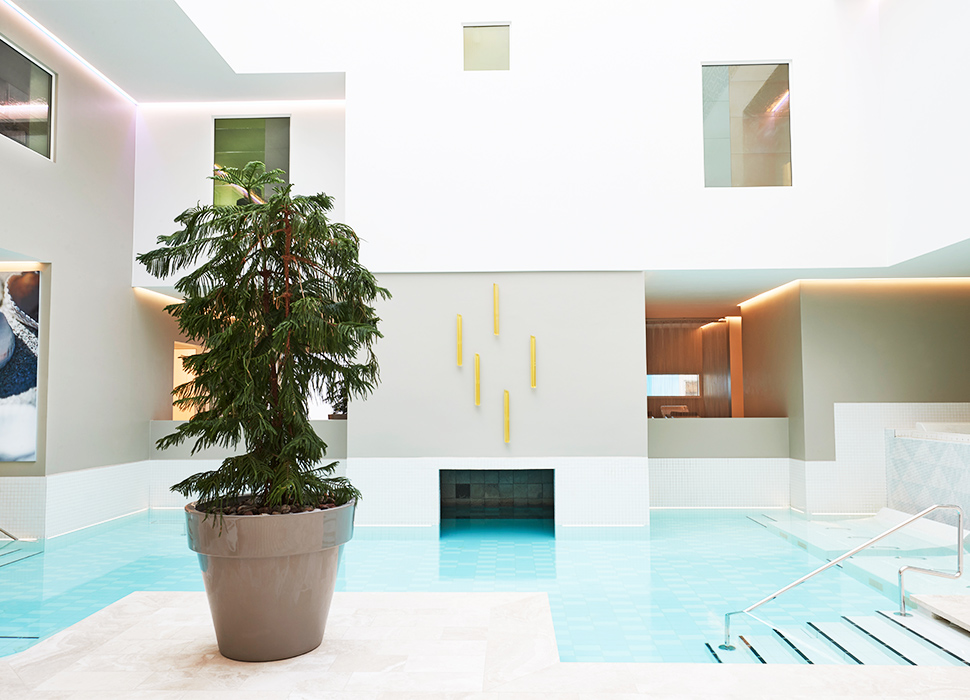 Splash out on a day pass at this beachfront spa hotel and dash from sauna to sea, via a pontoon poking out into the Øresund strait. It feels like the Costa del Sol (though the water temperatures of the Baltic might persuade you differently), despite being only half an hour by train from Central Station.

Gagging for a dip but loathe to pay for the privilege? Wander into the Øresund Sound (the stretch of water between Denmark and Sweden that Copenhagen sits on) from the beach, or leap off the wooden jetty of the striking architectural triumph that is the Kastrup Sea Bath – a hulking wooden structure known locally as 'The Snail'. It's free to use, with plenty of space for lounging and a few diving towers to throw yourself from. It’s one metro stop from the airport, next to the aquarium. 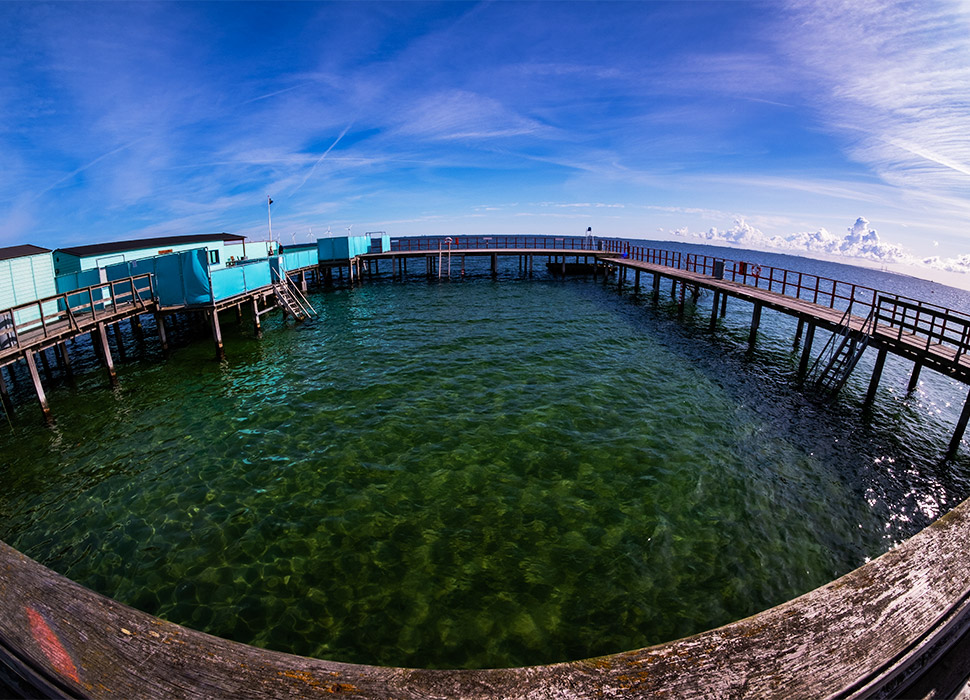 Located at the north end of Amager Beach, this kitschy turquoise bathhouse – with saunas and nude zones – has three salty sea pools in which to plop. Lifeguards abound in the summer months (when it's free to use) but it's a popular hub for cold-water swimmers when the mercury drops, too.

Summer swimmers should drag their novelty inflatables to the bougie neighbourhood of Østerbro, just east of the city centre. The district is home to this charming stretch of sand, the name of which translates to 'Swan Mill'. There's also a fun pier for extra trad-seaside vibes. 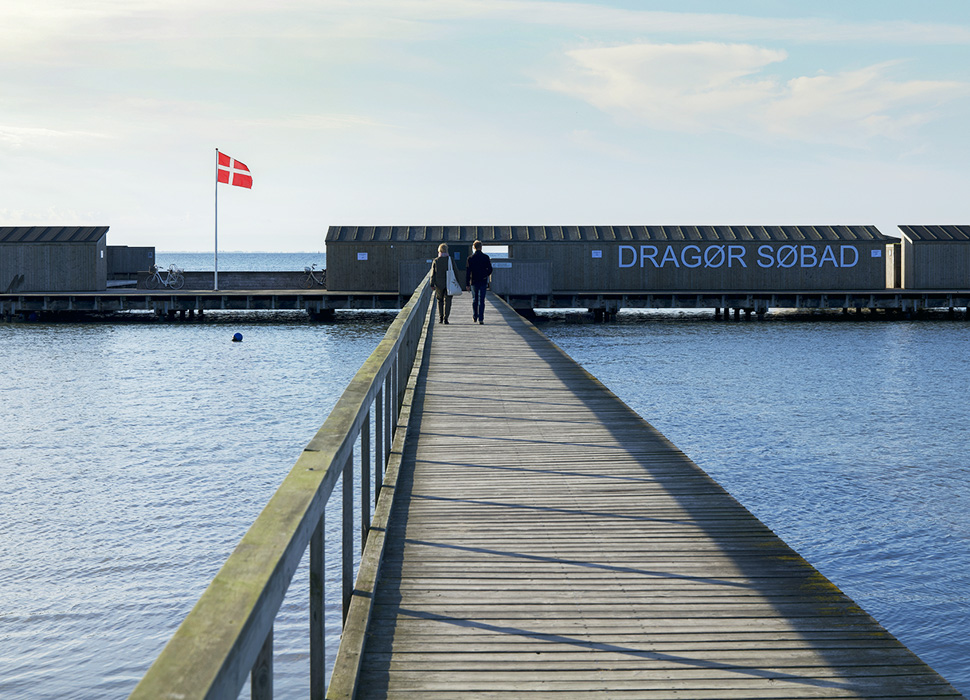 Bus or bike out to the darling town of Dragør, a Dutch-style community south of the centre on Amager. Here, swimmers will find inlets, a sandy bay south of the harbour and the public sea pool of Dragør Søbad, reached across a pretty wooden walkway when the tide is in.

A huge mall near Tivoli and Central Station hides this private and well-decked urban water zone, where you can float around pretty houseboats. There are three separate pools – one for children, one for diving, and one for regular swimming – with lifeguards on duty throughout the day.

One of Copenhagen's original harbour baths, these open air swim-zones – set just across the canal from the centre by the Langebro bridge – are some of the most popular. There's a lawn for sunbathing, five separate pools and a mammoth 5m diving board to jump off if you're so inclined.