The best things to do in Prague

From cosmic clocks to knuckle sandwiches, surreal sculpture and sinister spy histories, Prague is beguiling on many levels. Here are its best bits 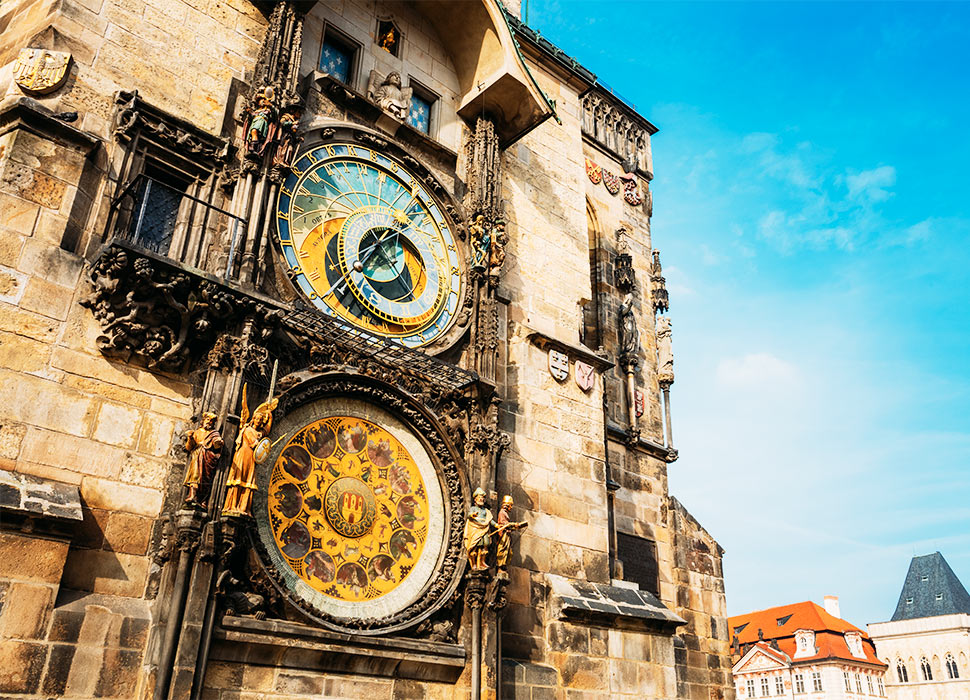 Time is of the essence with this cosmic timepiece / Image: Getty Images

Not content with simply being an awe-inspiring fusion of craftsmanship and precision engineering, Prague’s 600-year-old Town Hall clock comes with its own gory legend. Word is, the 15th-century city elders who commissioned it were so afraid that the clockmaker – one Mikuláš of Kadaň – would go and make an even nicer clock in another city that they blinded him. Feast your (intact) peepers on his creation, which displays regular time, Babylonian time, the phases of the moon, important feast days and the zodiac. Talk about face value.

2. March to your own drum at Kasárna Karlín 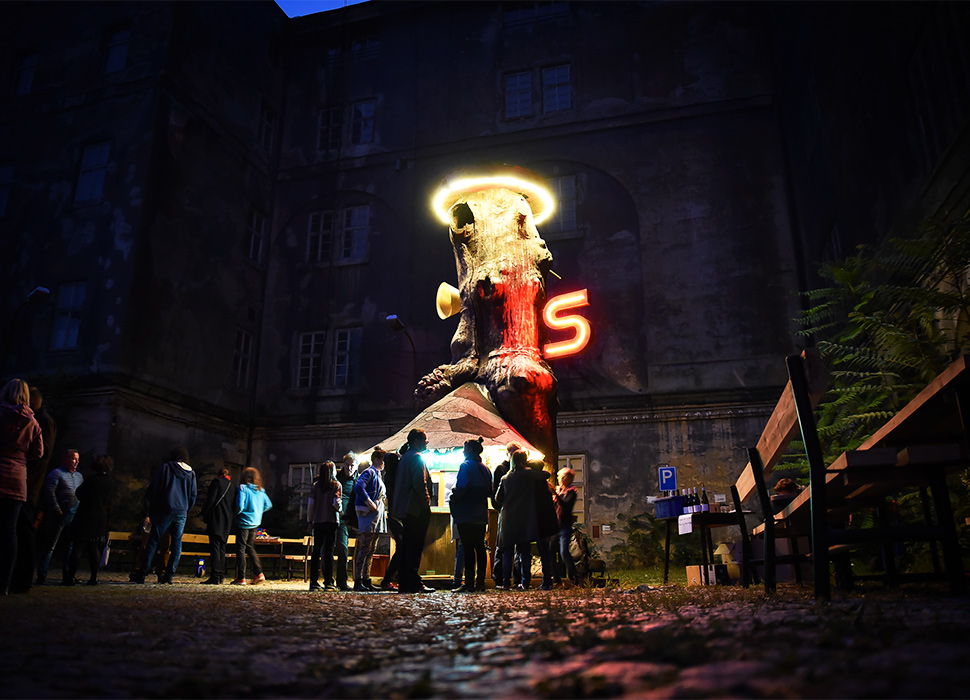 This imaginatively repurposed army barracks once echoed to the thunderous footfall of soldiers on parade. Nowadays it’s a fun, multipurpose cultural venue, incorporating an outdoor cinema and theatre stage, café, art galleries, outdoor hangout spaces, pop-up food vendors, a volleyball/badminton court, a sculpture garden and a playground for kids – complete with giant sandpit. There’s always something fresh going on, with resident artists congregating around the Karlin Studios. All that, and a handful of very respectable bars on-site for the ultimate hip date night. You know the drill.

3. Live your fairytale at Prague Castle 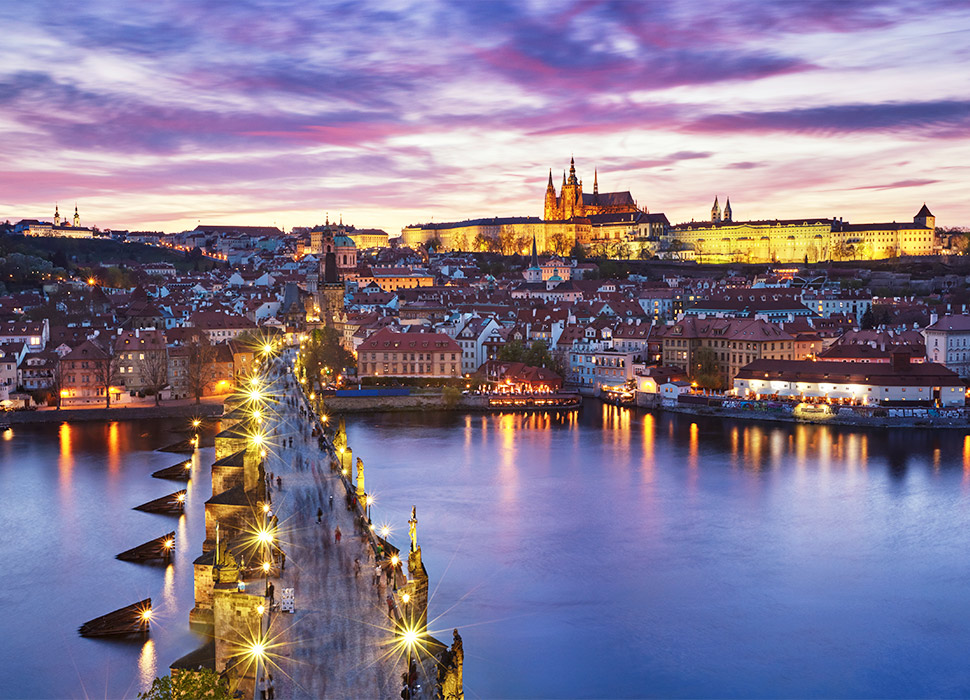 Despite dominating the Prague skyline like something from a Disney film, Prague castle is actually so much more than a pretty fairytale backdrop. The largest ancient castle complex in the world – the size of seven football fields – this elaborate baroque behemoth incorporates the best bits of Czechia’s national gallery, a permanent photo exhibition, a toy museum, a street of cutesy houses, important state residences, a marble basilica and a whacking great cathedral. It was founded in the 9th century, and much of the country’s colourful story has in some way revolved around it. 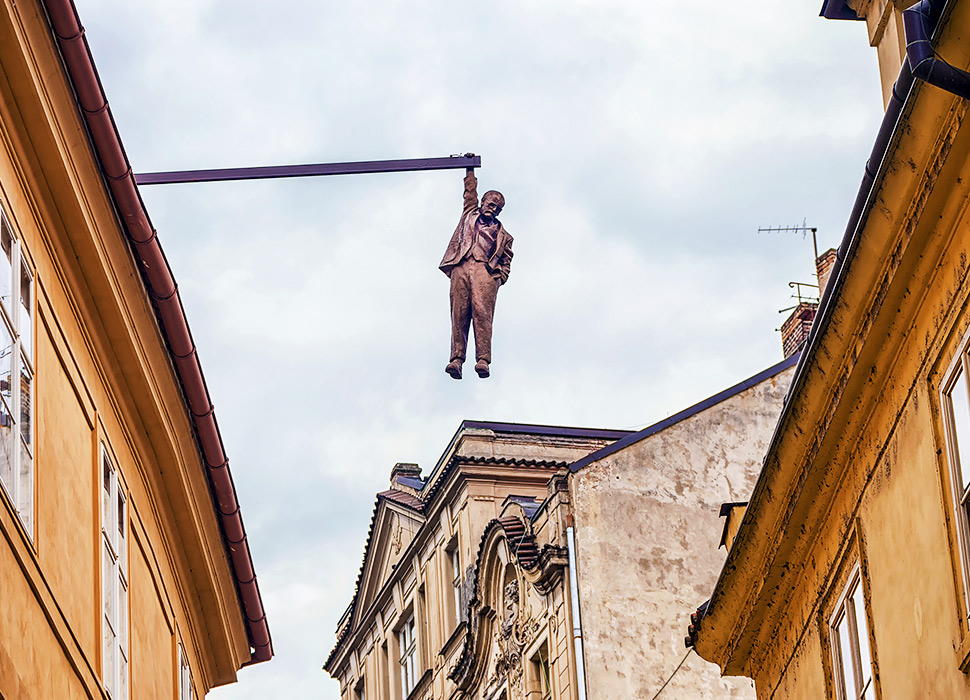 Mad genius David Černý is a Prague-born sculptor who made his name illegally painting a Soviet tank pink in 1991. He was briefly arrested for that, and hasn’t stopped making heard-turning, controversial public art since, albeit nowadays on the right side of the law. Proudy (on Cihelná Street) features two naked guys urinating famous Czech quotes, or publicly sent SMS messages. Brown Nosers, located in a courtyard of the Futura Gallery (at 789 Holečkova) invites culture vultures to climb a ladder and insert their heads into a giant bum. Man Hanging Out, meanwhile, depicts noted shrink Sigmund Freud, hanging above Husova Street in the Old Town. It’s a thinker.

5. Go undercover at the KGB Museum 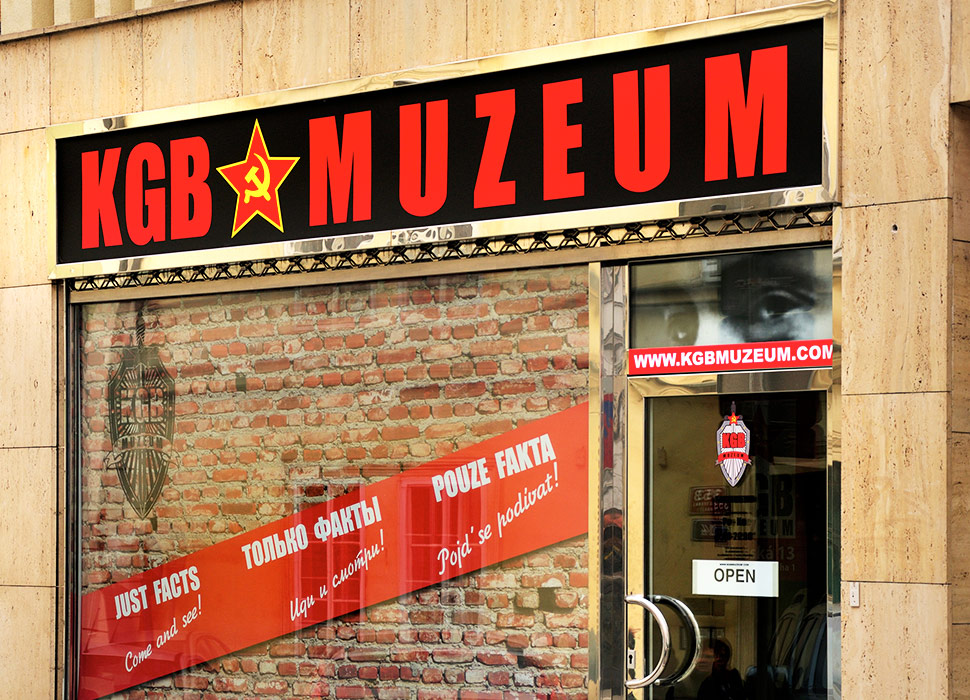 The, er, innocuous exterior of the KGB Museum / Image: Alamy

Acquaint yourself with the creepy memorabilia and material culture of the Soviet secret police in this bijou two-room temple to the lost art of espionage. The gaff is owned an run by a bit of a character, who doesn’t like solo travellers (or at least pretends not to), and loves oversharing his enthusiasm for the KGB and its work. But if you’re interested in checking out his sneaky weapons stash – not least a garrotte colourfully nicknamed ‘Stalin’s Scarf’ – this is a very diverting space to spend an hour or so.

6. Nibble on a knuckle 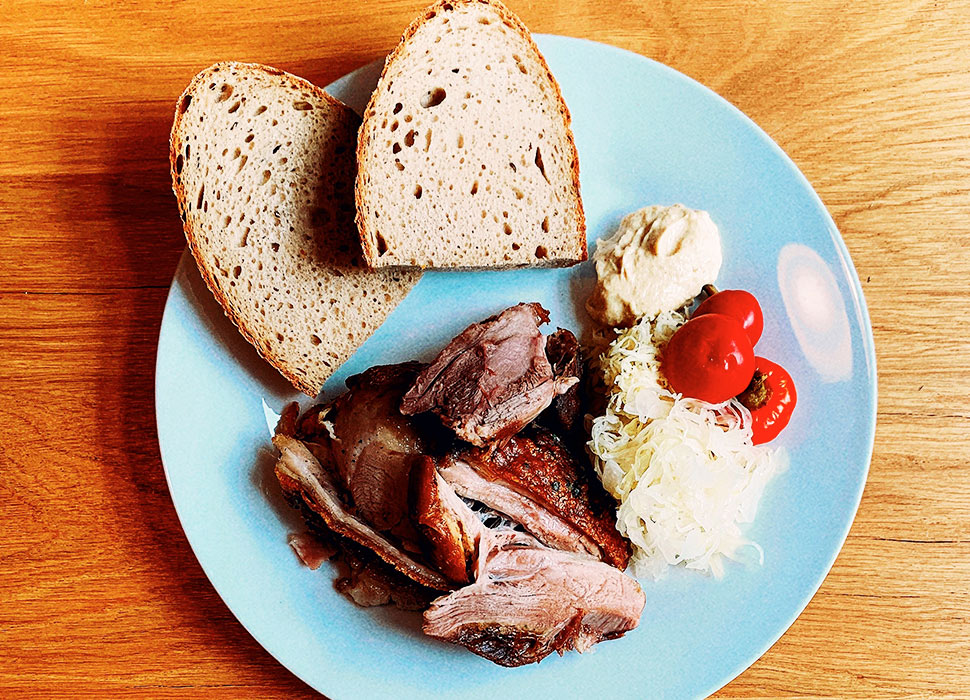 Czech folk are extraordinarily fond of meat, and in particular the national favourite of vepřové koleno or pork knuckle, which supposedly harks back to medieval hunting and feasting practices among the local aristocracy. For a big hunk of the good stuff stop by trad central spot Mlejnice (at 488/14 Kožná), where the knuckle comes with a couple of dabs of sauce, a suggestion of side salad and very little else (apart from a fat stein of obligatory pilsner). For a marginally more hifalutin take, Pivovarský Klub (at 17 Krizikova) does classy beer pairings featuring the city’s lesser known dark beer output. Hearty stuff.

7. Hang out at the National Marionette Theatre 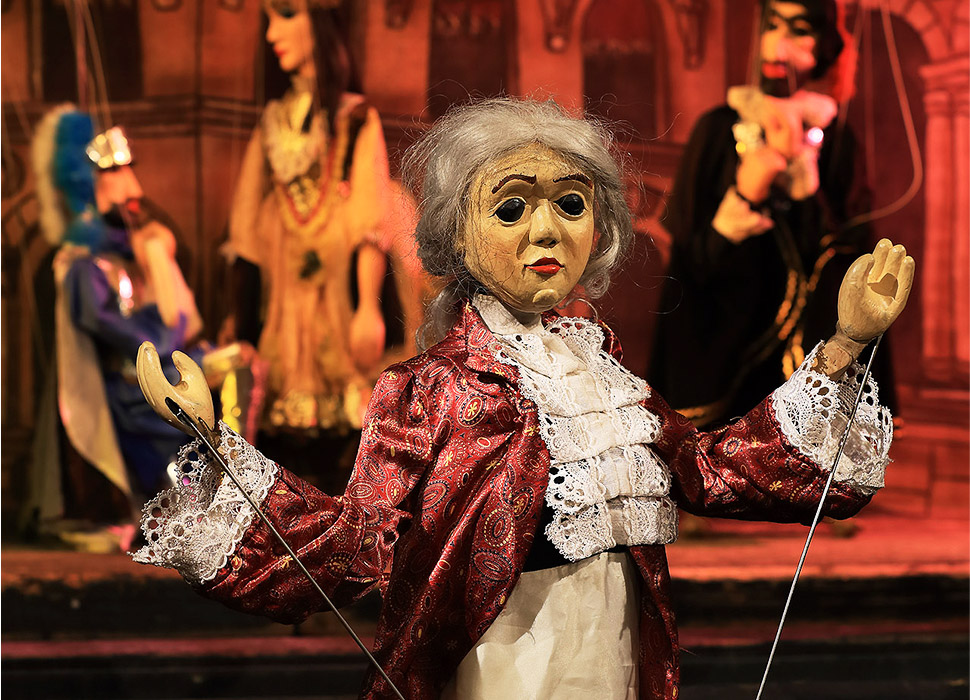 Is it just us or are these actors a bit wooden?

Puppets – marionettes, more precisely – are a cherished legacy of Czech medieval folk culture, part of how this newish nation has chosen to represent and rediscover its past via the ‘Czech revival movement’. As such you’ll notice plenty of shops selling adorable homunculi on strings. For the ultimate expression of this sweet custom in action, take in a show at the National Marionette Theatre, where beautiful carved performers act out full-bore two hour-long takes on Mozart’s Don Giovanni, or a truncated kid-friendly Magic Flute. Don’t leave them hanging.

8. Take in the skyline at Petřín Tower 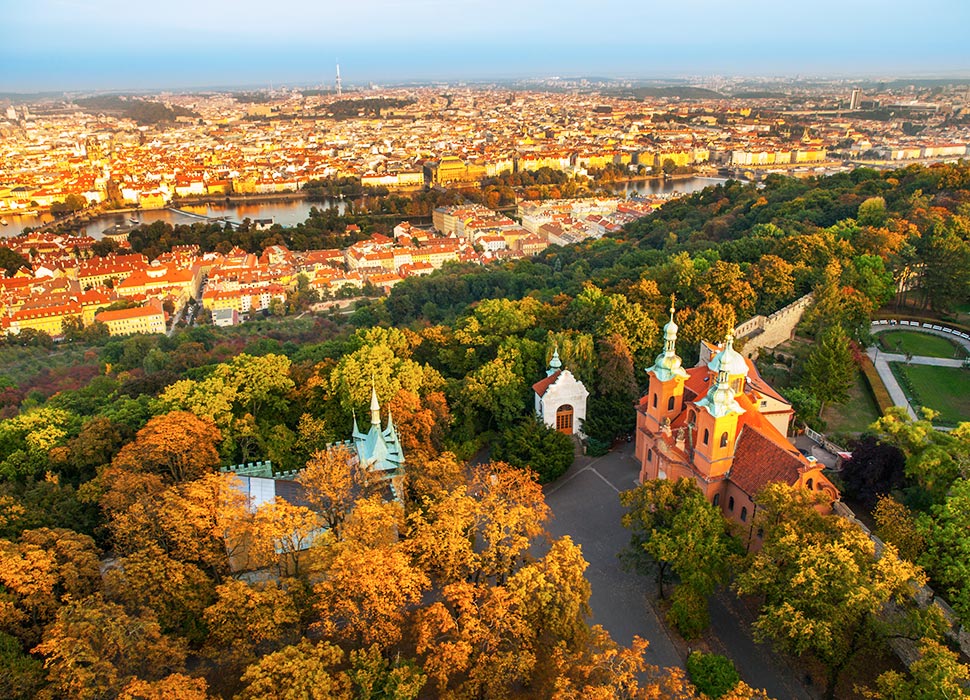 The view from Petřín is unmatched / Image: Adobe Stock

The most romantic spot in a city famous for heaving with them, Petřín Hill is a great shout for a sunset stroll with that special someone. There’s a lush aromatic rose garden, an orchard where you’re positively encouraged to pick fruit, and an adorably daffy old-school mirror maze where you and your beau can get wilfully lost. The crowning glory, though, is Petřín’s observation tower, 299 steps high and modelled on the Eiffel Tower. Locals can’t help themselves telling you that, thanks to it being on a hill, theirs is technically taller than the one in Paris.

9. Cross off the Charles Bridge 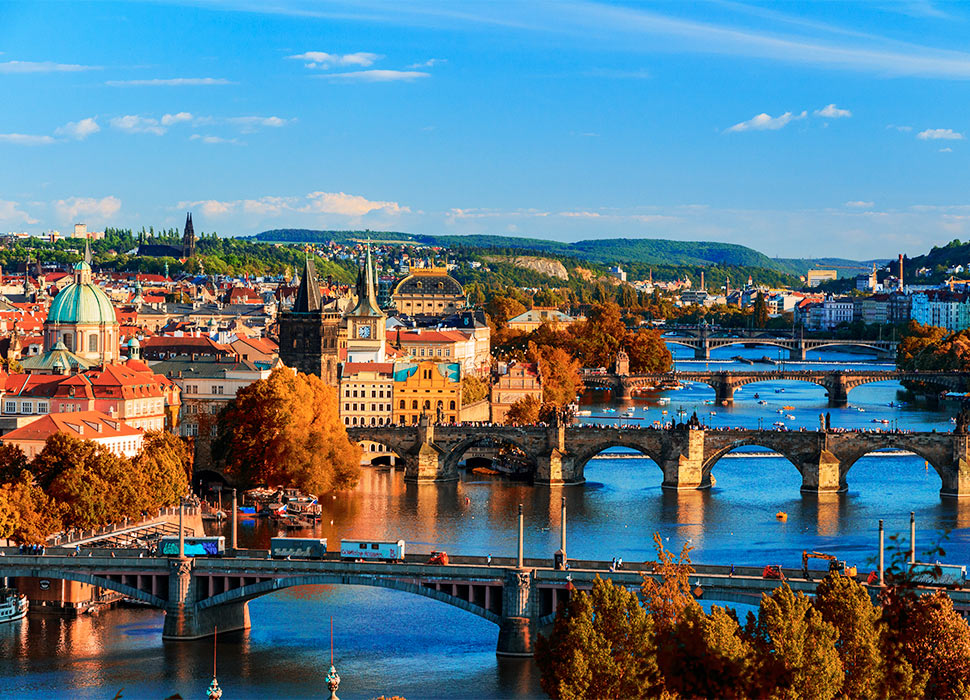 With its unbeatable views up and down the Vltava River, the Charles Bridge is terribly popular, and usually insanely busy, for very good reasons. Completed in 1402, it’s associated with more than its fair share of fun local legends, like the one about hen eggs being used in the mortar of its construction (which explains the span’s longevity, apparently). Some 30 statues adorn the bridge, including one of popular Czech folk hero St John of Nepomuk, who was brutally drowned in the river by furious king Wenceslaus – who wasn’t so good after all, it turns out.

10. Go walkies around the Dog Bar

All the local cool kids know about Vzorkovna: a wild underground maze of a bar, which is also an arts space and a cracking live music venue. Named after the owner’s lanky Irish wolfhound, which struts about like it owns the place, this spot is well worth the hour or so you can spend queuing to get in, and the somewhat faffy electronic wristband payment system they insist on using inside. Expect sexy lighting, clever murals, foosball, various rooms playing various tunes – drum and bass, hip-hop, rock, whatever your poison – and a chillaxed, casual vibe throughout. You’d be barking to miss it.

Dance the night away in Prague

The best hotels in Prague