The best things to do in Cyprus

From archetypal archaeology to fantastical museums, thrumming nightlife and avian havens, Cyprus is an all-out wonderful destination. Here are our fave bits

1. Pay homage to the goddess at Aphrodite’s rock 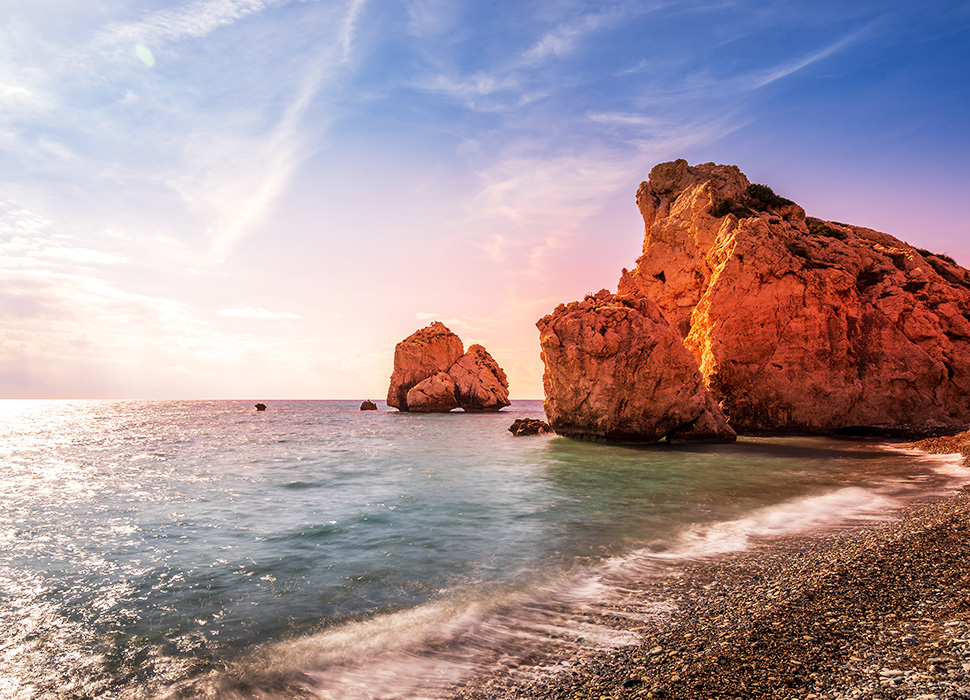 The rock where Aphrodite sprang into life / Image: Adobe Stock

Legend has it that Aphrodite, the Greek goddess of love and passion and all that stuff, first emerged dramatically – and rather nakedly – from the sea onto a rock just off the fetching setting of Cyprus’s south-eastern coastline. Today Petra tou Romiou, as it's known, is a killer spot for a romantic sunset photo op. Just don’t be tempted to get on the rock yourself – it’s hella slippy. If you really must re-enact the scene, just imagine yourself in the lovely Botticelli painting of it instead (The Birth of Venus – her Roman name).

2. Walk on the wild side at Akamas Peninsula Park 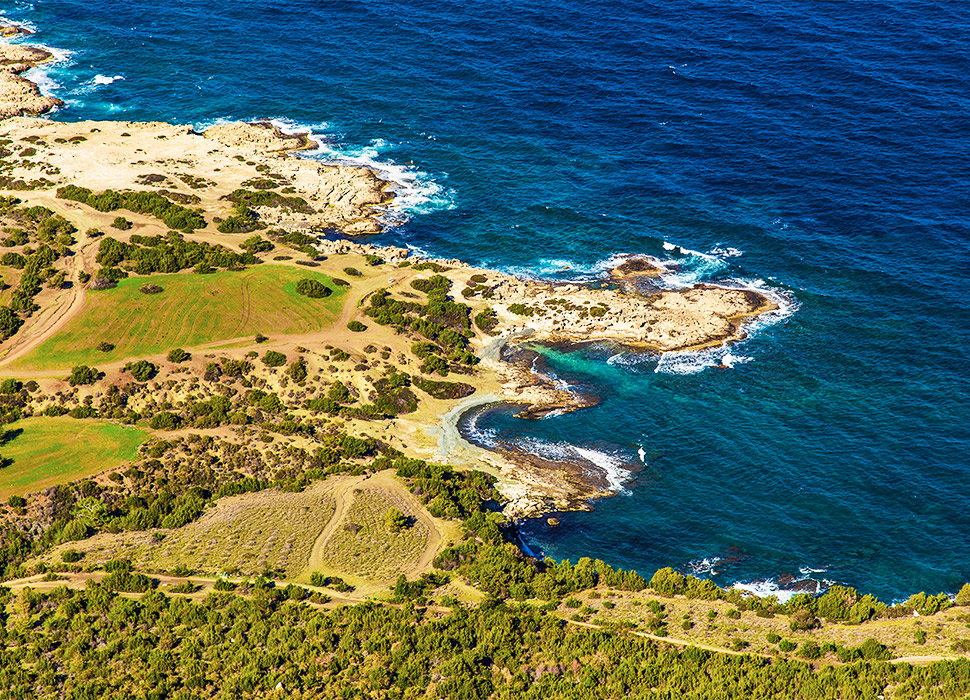 Cyprus is enjoying a bit of an ecotourism boom of late, and nowhere more so that at this sprawling 230km2 nature reserve on the island's knockout-pretty west coast. All undulating valleys, broad bays and gorgeous gorges, the park is home to 168 species of bird, 20 kinds of reptiles (look out for the turtles on Lara Beach), 16 sorts of butterfly and 12 different mammals – not to mention fab flora like rare crocuses, lush gladioli and ancient shady fir forests. Talk about natural highs. 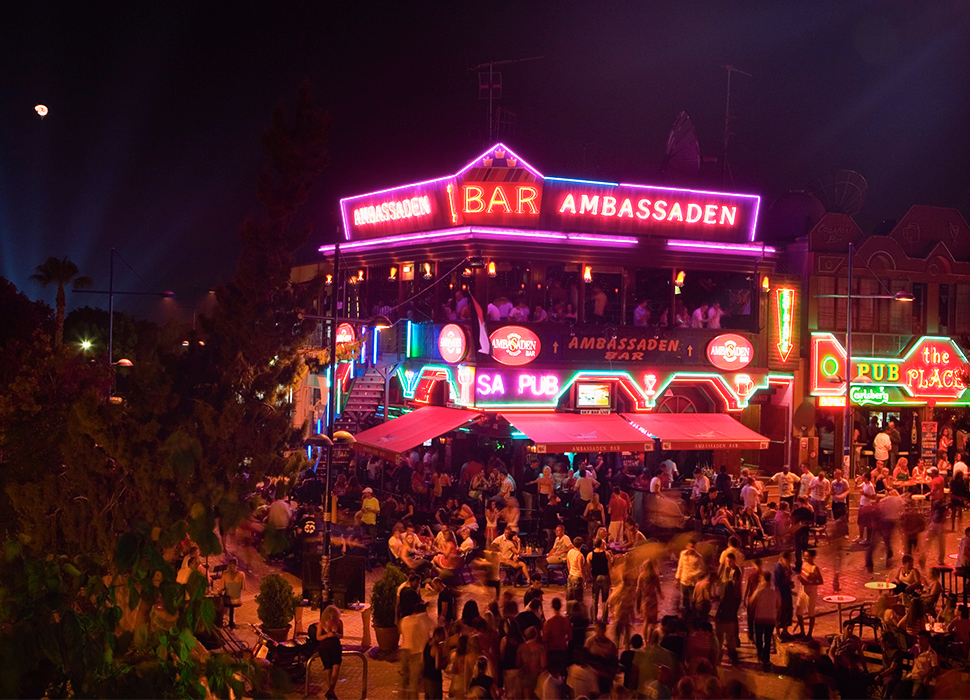 The undisputed capital of Cypriot hedonism definitely deserves its reputation as a haven for cutting loose. Wander around The Square as evening draws in and let the slick promoters chuck drink tokens at you – here, multicoloured shots and hard-grinding beats are very much in order. But then, half the fun of Ayia Napa is in chewing over the previous night’s shenanigans the next day with your pals on the warm white sands of Nissi Beach, or Grecian Bay. You’re only young once, right?

4. See a different side to Nicosia 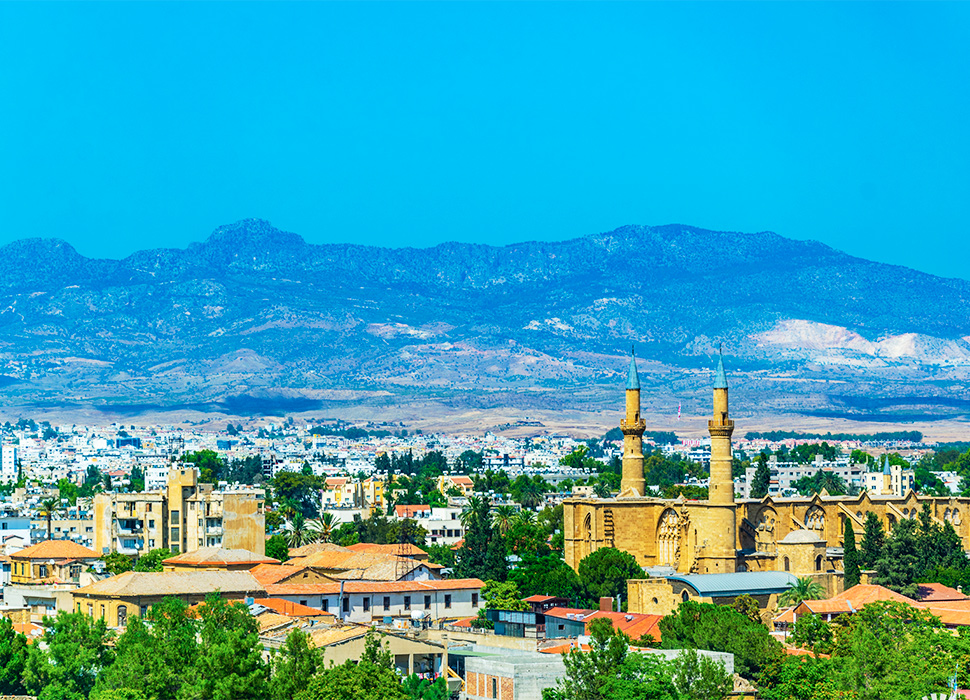 Nicosia is the world’s only divided capital city – right in the middle runs a UN-patrolled border, separating the Greek southern half from the Turkish northern half. Crossing the border (remember your passport) you’ll see a striking difference, with a great deal more Islamic influence in the Turkish half. It’s well worth a (respectful) nose around Selimiye Mosque, which is strikingly set in a converted 12th-century gothic cathedral; or the Samanbahçe district, a pleasingly geometric, whitewashed neighbourhood built by the Ottomans as a sort of proto-social housing scheme.

5. Gaze into a real-life ghost town at Varosha 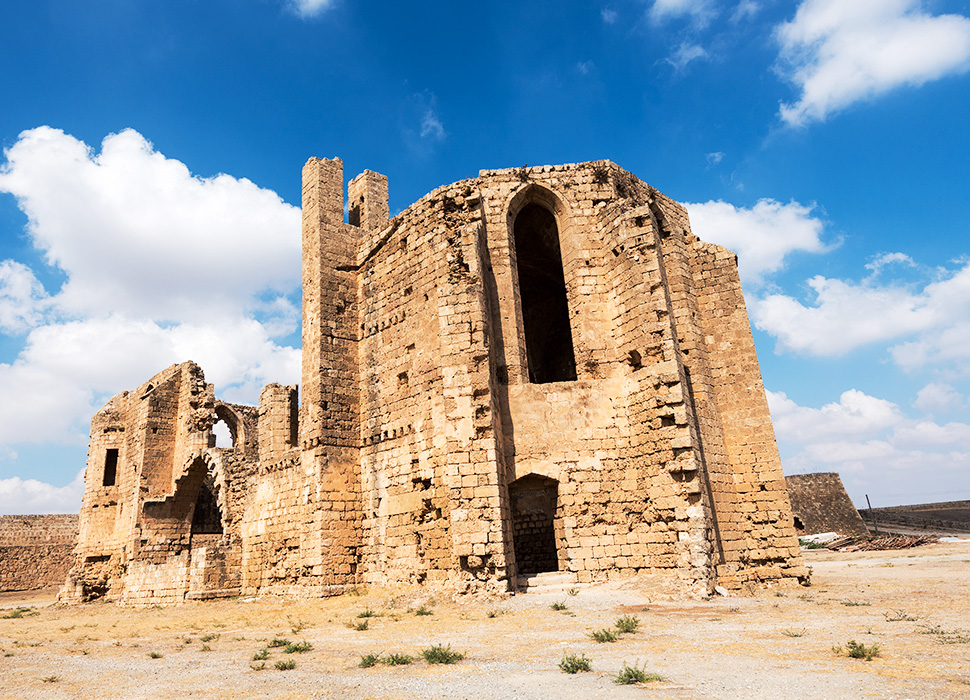 When Cyprus was first divided up between the Turkish and Greek sides, the popular resort of Varosha found itself very much in the middle. As such it was totally abandoned, and today stands as an eerie relic of 1974. You can’t visit, as such, but you can get close to the fence and see in – rows of abandoned high-rise blocks, and even an airport, were left like a modern-day, architectural Mary Celeste. A unique and rather ghostly experience all round.

6. Commune with the ancients at Kato Paphos Archaeological Park 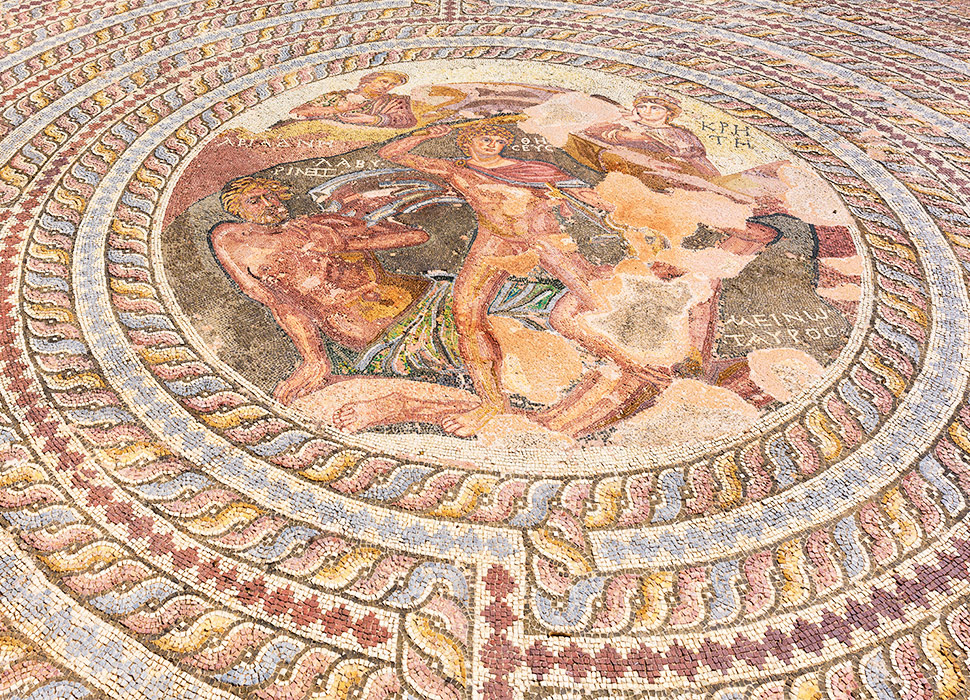 This Unesco World Heritage site is the most important historic locale on Cyprus, and arguably within the Mediterranean as a whole. Marvel at the multicolour mosaics that once adorned the floors of grand villas dedicated to Theseus, Aion, Orpheus and (our fave) wine god Dionysos, whose tiled tribute depicts much tipsy merriment from ancient soaks in millennia gone by. The grandiose, Doric necropolis of the Tomb of Kings is also worth a look, although no actual kings are buried there – not to split hairs or anything.

7. Sink a cold one at Aphrodite’s Rock Microbrewery 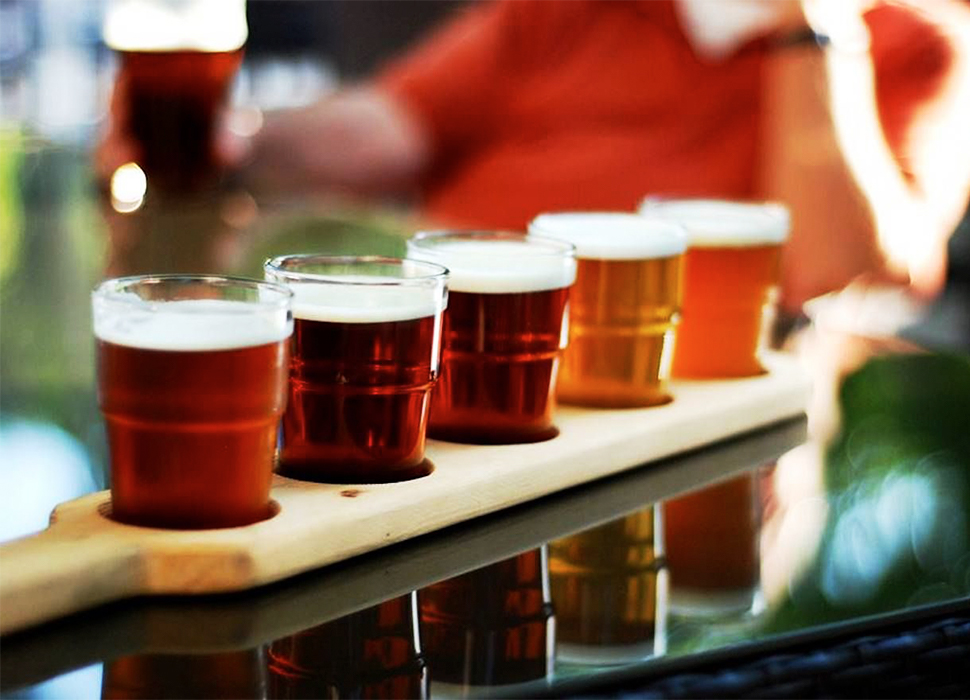 This family run, small-batch craft brewery wouldn’t feel entirely out of place in the groovier enclaves of southeast London. Being too civilised for all that crouching in dank railway arches, however, the Aphrodite’s Rock team have set up their shiny great vats in the beautiful Tsada hills over on the west of Cyrus. They're happy to chat through their process and offer tastings, and the menu – wood-fired pizzas, baked Camembert and other booze-food vibes – is spot-on. Glorious scenery, great food and a cool, crisp beer brewed right on the spot... what, as they say, is not to like?

8. Soar with the birds at Paphos Zoo 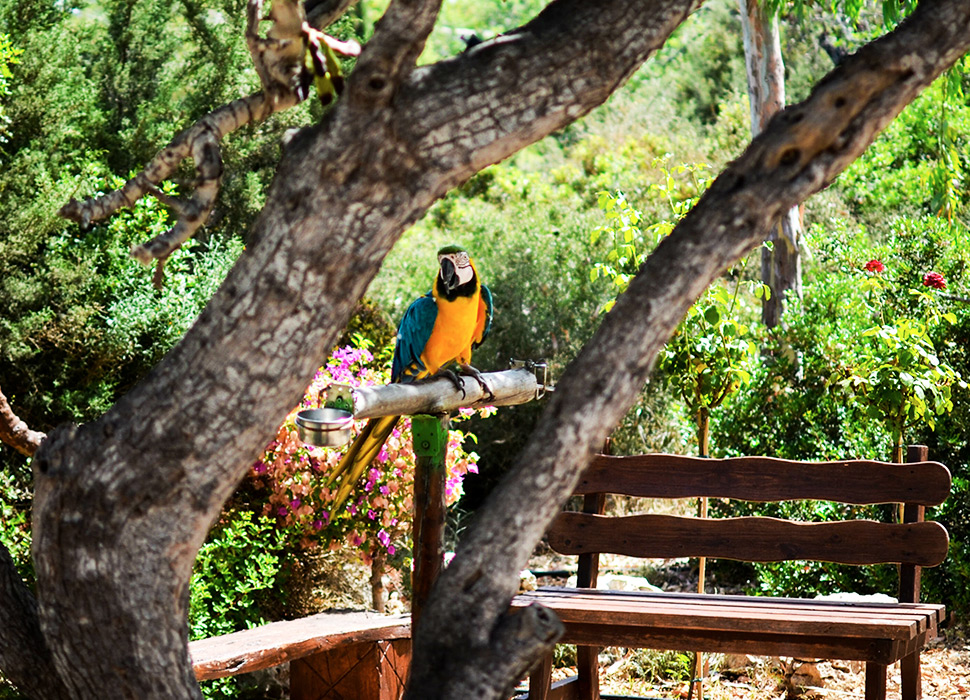 Local animal fanatic Christos Christoforou originally broke ground on this much-loved attraction as a place to house his own vast private collection of birds. In time, he realised he may as well go the whole, er, hog and open it to the public as a zoo. All the usual lions, elephants and marsupials are present and correct – special shout-out to the charming lemur enclosure – but really everyone goes for the birdlife. Some 165 species, from toucans to turacos, pay tribute to Mr Christoforou’s keen eye for avian specimens. It's all well worth getting into a flap over.

9. Spin a yarn at the Fairytale Museum 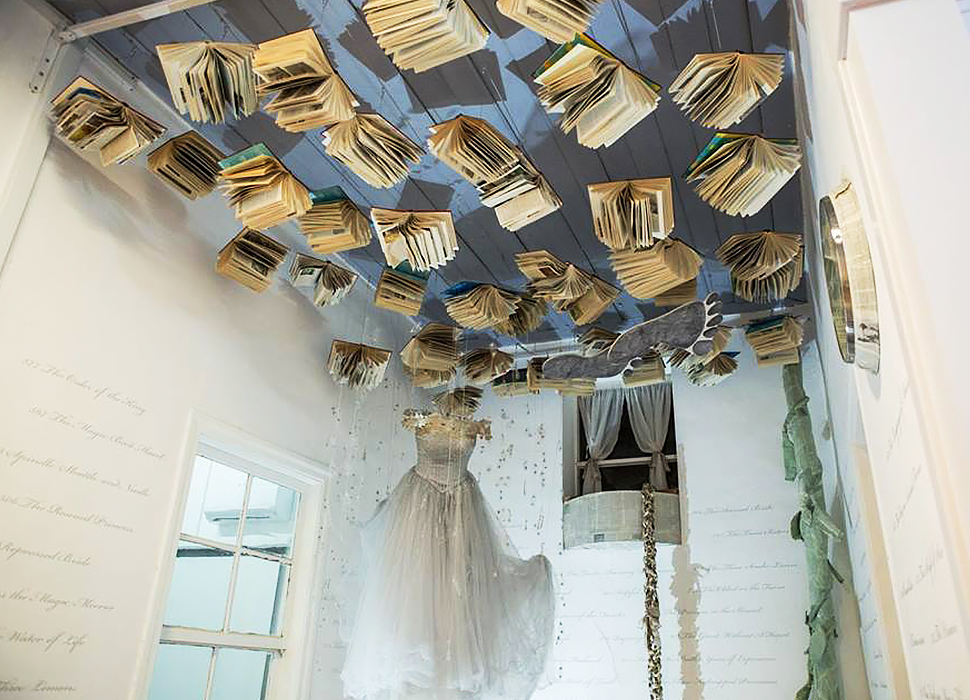 A flowing Cinderella dress at the Fairytale Museum

Once upon a time – well, in 2017 – a curious little museum opened in Nicosia, dedicated to the peculiar magic of fairytales. Decorated with gravity-defying books, and studded with secret drawers and twisting gears for titchy hands to fiddle and interact with, it delighted all ages, who not only had fun learning all about native Cypriot fairytales but also the background to the more famous tales from the international canon – Aladdin, Alice’s Adventures in Wonderland, Cinderella and so on. The whole family had a wholesome day out, and lived happily ever after, or at least until the kids got hungry.

10. Scoff the best halloumi of your life near Paphos

Halloumi is indisputably Cyprus's most famous culinary export. This salty, rubbery gold was discovered by some long-forgotten genius who figured you could mix goat's and sheep's milk, set that with rennet and forego all the acid-making bacteria you get in other cheeses. Get your teeth all squeaky over the bite-sized halloumi starters on the lush terrace at Manzanillo (on Paraliaki Chrysoneras in Kissonerga), or in even more refined style overlooking pretty Coral Bay, mixed into a salad with cuttlefish at Porto Antico Restaurant Lounge Bar-Cafe (on Throniou tis Panagias in Peyia).