Dive into the seafood meze at Pyxida

The best restaurants on Cyprus

Dive into the seafood meze at Pyxida 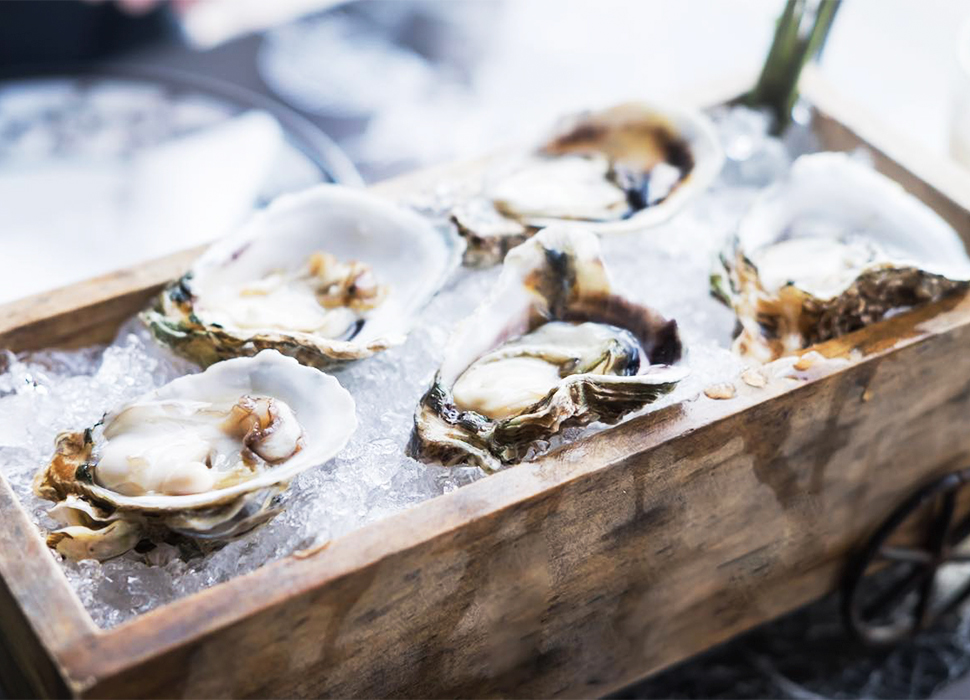 Fresh oysters on ice at Pyxida

Now 16 years old, this swanky but good-value seafood specialist has become a mini-empire with three branches island-wide: in Nicosia, Limassol and Larnaca. All do well-presented plates, most meals kicking off with large, saline oysters before moving onto the consistently excellent seafood meze (minimum two people). We'd head to Limassol and bag an outdoor table with views of the marina.

A strong contender for most memorable meal of your trip may well come care of big-hearted Cypriot charmer George Demetriades and his delightful, farm-to-table restaurant in the pretty village of Yeroskipou just outside Paphos. There’s no menu but don’t let that put you off: everything is made fresh with ingredients sourced from local, small-hold farms and diners are fed until full. Highly recommended. 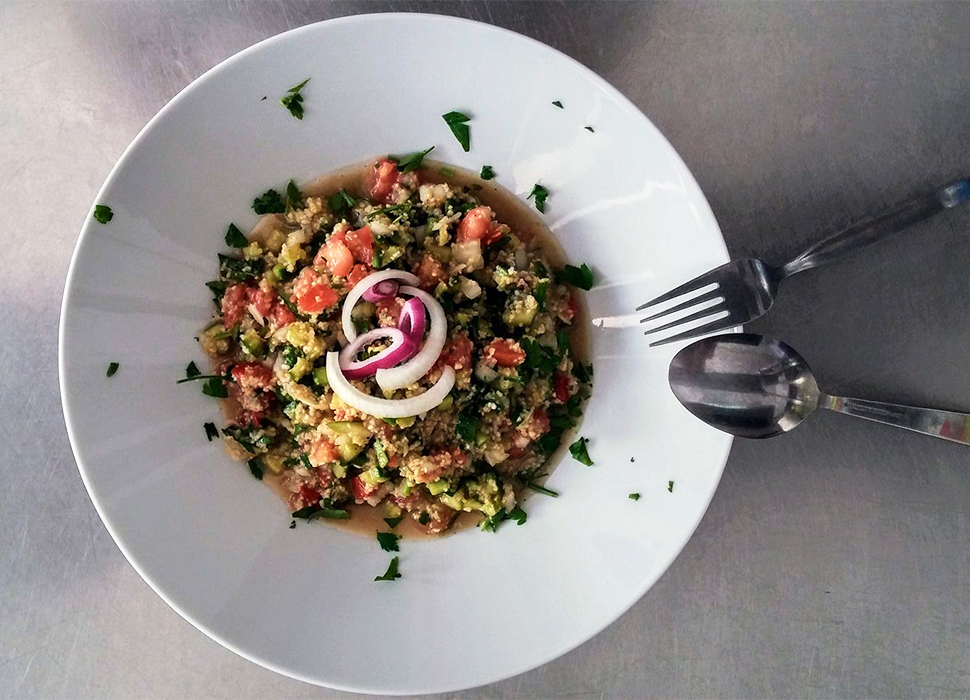 Another homely, only-in-Cyprus heart warmer is this petite, family-run taverna in Kathikas Village that has the charm set to ten year-round. It does an incredible value meze that's a delightful hybrid of Middle Eastern/Cypriot traditions, and which might include muhammara (red-pepper dip), yígandes (white haricots) and moutzéndra (lentil and onion risotto). Book ahead for a sun-dappled table under the garden’s beautiful fig tree.

No reservations here but the queue is well worth it for a seriously good Greek-style souvlakeri that is almost always chock-full. Wait it out before taking an outdoor table on Nicosia’s Faneromeni Square and chow on what have to be the most satisfying skewer-grilled kebabs on the island. Finish up and move on to nearby Lost & Found, easily the best cocktail bar in Cyprus. 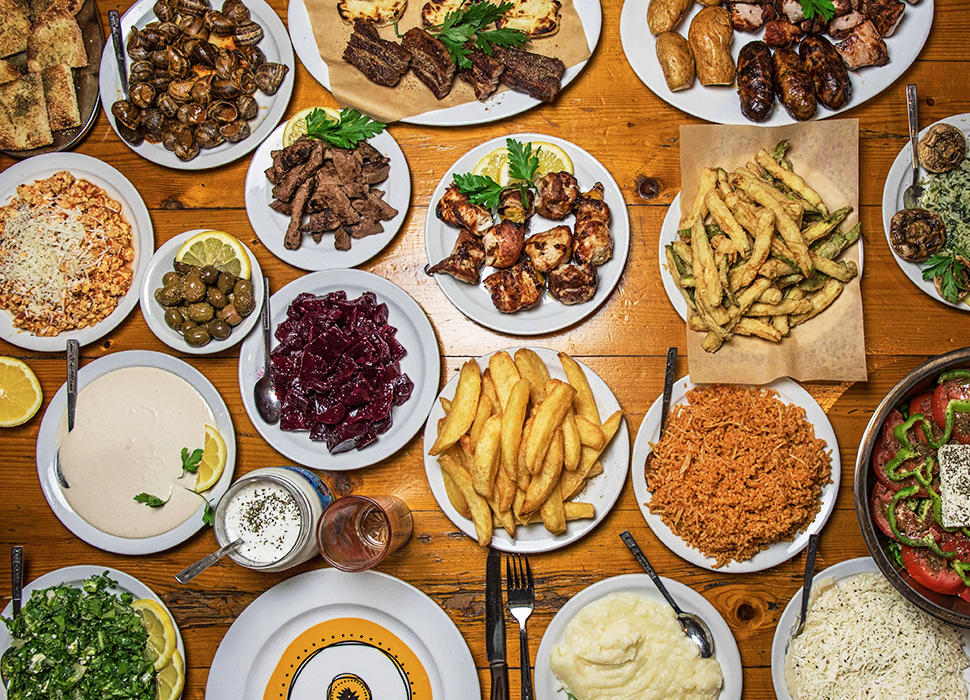 Established in 1938, one of the oldest tavernas in Nicosia is still a big hit with the locals. And deservedly so: standards haven’t slipped an inch. Sure, it’s not exactly under the tourist radar, but still more than worth a trip for the unfinicky fixed menu: a well-presented procession of anything from snails to sheftalia (lamb-pork sausages wrapped in caul fat) via any number of huge, country-style salads. For the properly old-school Cyprus eating experience, book ahead.

It’s tight competition but our favourite mageireía (cook-house) in Larnaca has to be this small, great-value spot set in a converted period building down an unassuming market lane close to the city’s seafront. There’s a great, fairly-priced wine list and the cooking rarely disappoints. Expect dishes such as Cypriot-style, halloumi-stuffed ravioli or pair a chilled Beaujolais with the sublime chicken liver in pomegranate juice. Owner Lia has opened a second branch in Nicosia, too.

For a budget lunch on a bay, this rustic old-timer on Avdimou Beach close to Limassol has it covered. Service is peppy and the simply cooked, super-fresh seafood is unfancy in the best possible way. Chips with your grilled octopus? Yup, it’s that kind of vibe, unpretentious with no undercut on quality. The downer? There are no reservations. So come early to snag a coveted beach-view table on weekends. 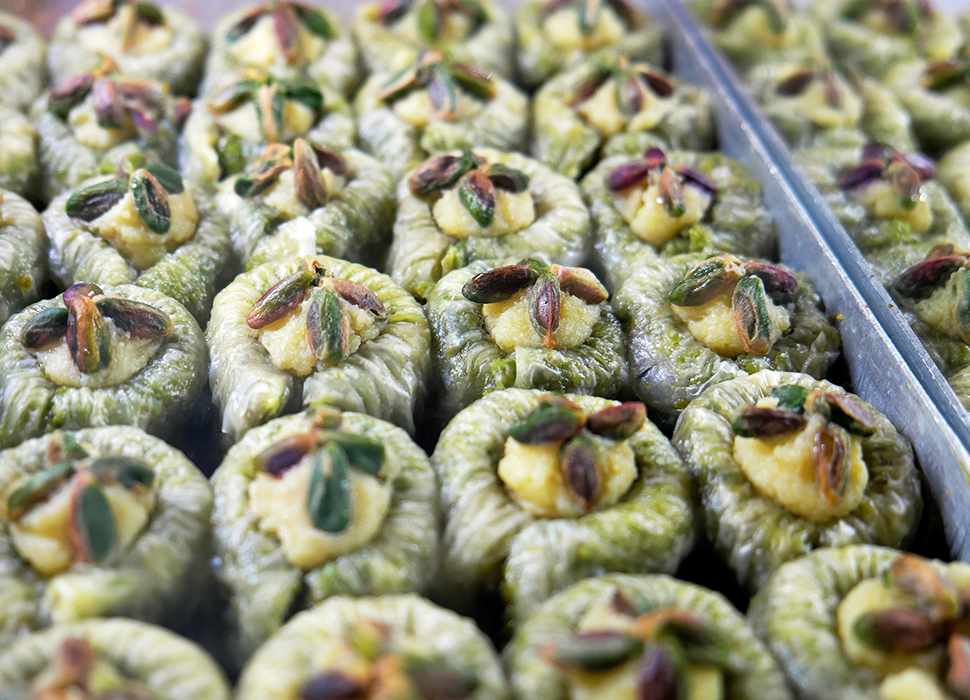 One of the best selections of sweet treats in Cyprus can be found at Petek. This sugary spot has a solid reputation for supplying the best lokum (Turkish delight) and, arguably, dondurma (Turkish mastic ice cream) anywhere on the island. Still, its wares are more creative than the usual roll call of Levantine treats so allow time to browse the creative confections. It’s up in the island's northern reaches, in Famagusta, but if you’re road-tripping this is a must-stop.

However well-intentioned, it would be a mistake to stick purely to Cypriot food in Cyprus. Not when the standard of Middle Eastern cooking is this good. Plus, many of the Levantine restaurants on the island go well out of their way for vegans. Restaurants such as this understandably beloved former spy den in Nicosia that, despite its drab looks (ask for a garden table), keeps a loyal plant-based crowd returning again and again for its 15-dish meze feast.

The boho chic interior at this central, split-level Larnaca house-turned-creative-hang-out near the Phinikoudes strip is so cool that, really, the cooking probably doesn’t need to be half as good as it is. Even so, the standards of classic Cypriot soul food stay high despite its many devotees (the stifado rabbit stew, is the must-order). Downstairs, a reliably buzzy bar specialises in craft beer and more than 100 whiskies. 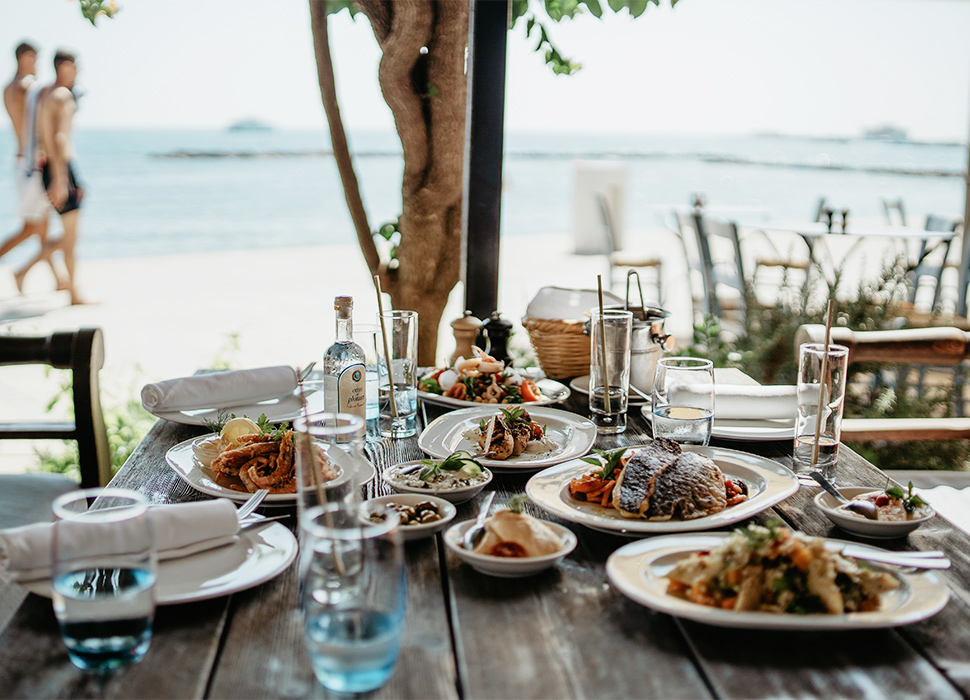 Lunch time on the beach at Ouzeri

Ouzeri is almost certainly the prettiest place to enjoy a traditional Cypriot meal in Paphos – in fact it looks like it could come straight out of the Mamma Mia! movie, so picture-perfect is the setting. Located on Paphos’s coastal promenade a few minutes’ walk from the harbour, it’s always busy with diners tucking into classics such as stifado and moussaka beneath the pretty pergola, a canopy of vine leaves providing shade from the sun, as local musicians deliver a somnambulant soundtrack. Ouzeri literally translates as a tavern that serves ouzo and you are, naturally, obliged to start your meal with the aperitif. 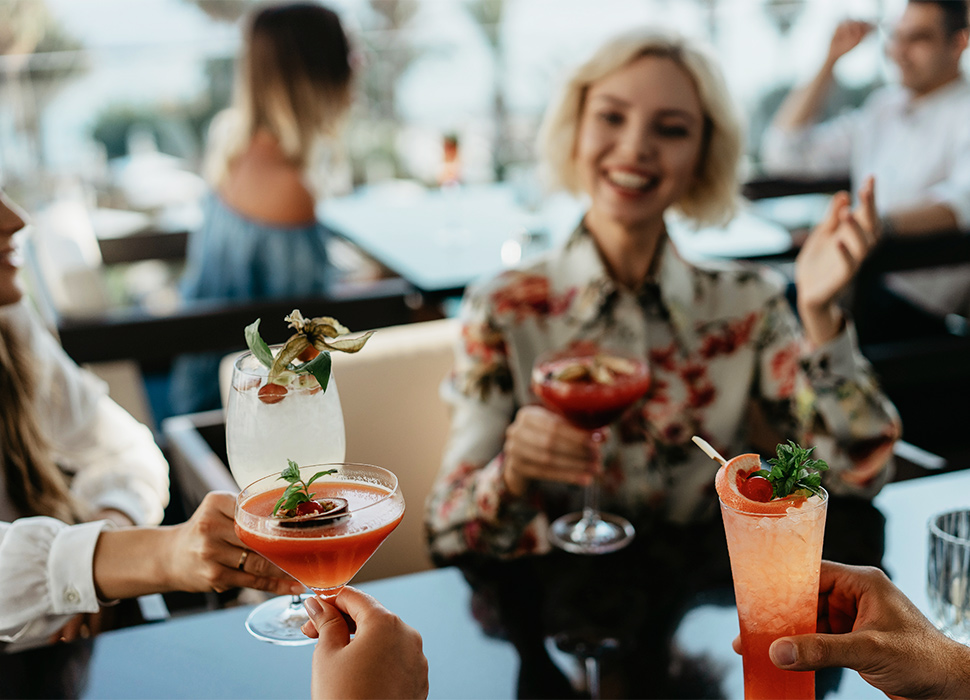 It didn’t take long for Ouranos to establish itself as one of the most in-demand dining spots in town. Since opening in 2018, this smart rooftop eatery – part of the swanky Hotel Annabelle – has been drawing the weekend crowds thanks to its harbour-side views and the kind of cocktail lounge styling not commonly found in these parts. The food is another big draw. The well-executed menu, with its focus on fusion sharing plates, reads like a greatest hits of trendy global fare. Chilean seabass ceviche, anyone? Korean-grilled Black Angus beef ribeye with kimchi and sesame salt? Throw in the live music, and that’s Saturday night in Paphos sorted.