Croatia's cities all offer something different. Here's a handy guide to choosing the perfect one for your holiday

Croatia may be small, but with nearly 2,000km of coastline, scores of Roman sights and staggering Croatian national parks, it packs in a lot within its borders. You may not be able to see it all in one go, but if you're savvy with where you rest your head, a short jaunt to this Mediterranean jewel can be just as satisfying as a longer trip. But will it be hard-partying Split, heart-stealing Dubrovnik, historic Pula or hush-hush Zadar? Here's how to choose your target wisely. 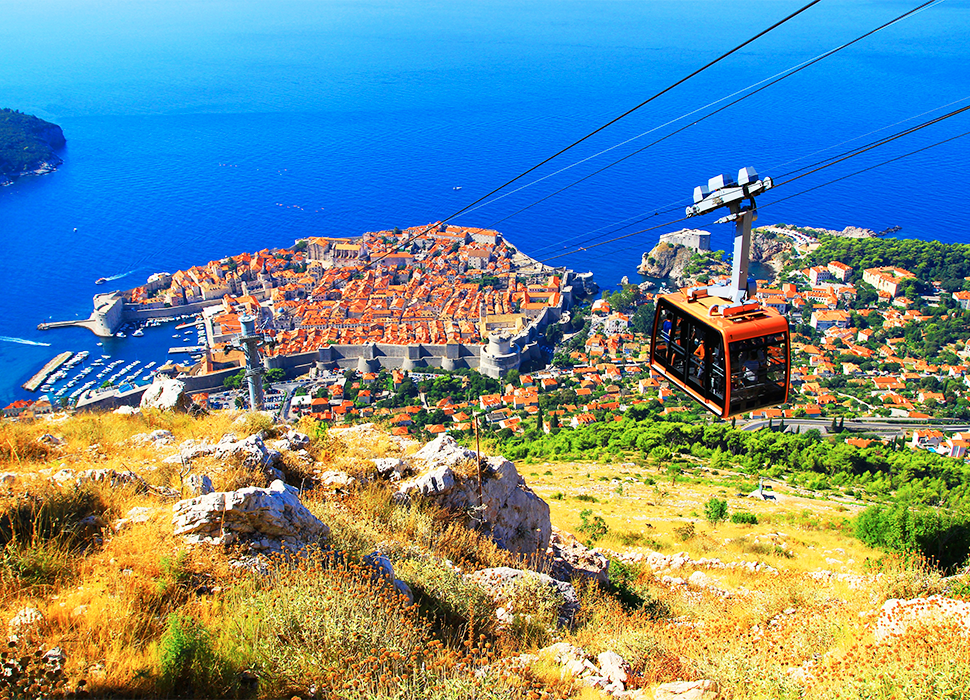 WHAT Croatia’s fortified city on the southern coast, made famous for its starring role in Game of Thrones.

WHY Though a certain HBO show has supercharged tourism in Dubrovnik, the so-called Pearl of the Adriatic has a timeless appeal that’s long been wowing visitors. Its heart-stealing Old Town – a hodgepodge of terracotta roofs and limestone streets – is encircled by towering medieval walls that offer incredible views of the shimmering sea, stretching endlessly to the horizon. In sum, she’s a looker. But beyond her postcard beauty, there’s an electric energy – you only need to order a rakia on one of the city’s many sea-facing terraces to feel that buzz that keeps visitors coming back year after year.

DON’T MISS Have four minutes to spare? Then hop on the Dubrovnik Cable Car, which zips passengers up 778 metres to the top of Mount Srd – in under 300 seconds. The summit views of Dalmatia’s glittering coast are astounding. 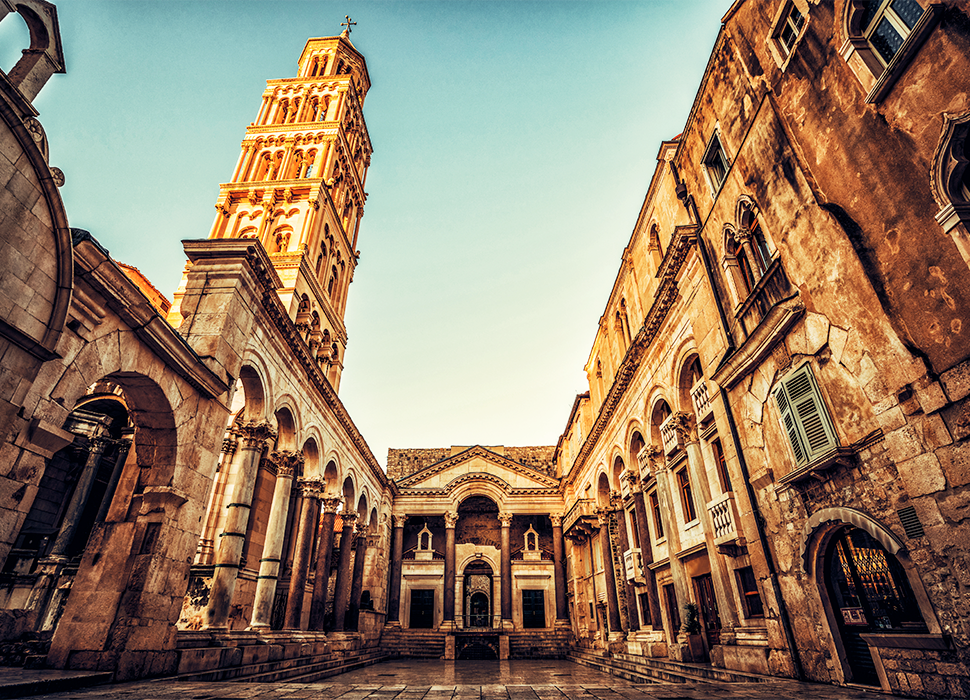 WHAT The largest city in Croatia’s Dalmatia region, and the gateway to this beguiling region.

WHY At once ancient and modern, Split offers all the Roman-ruin charms of other Croatian cities, but with a younger spirit, livelier nightspots, and sharper shops. A day in Split is best spent bouncing between its impressive monuments – like the imposing Diocletian's Palace, a sprawling military complex built in the 4th century. At night, locals cram Split’s winding alleyways, where you’ll find the best bar crawls in the country. But if you want to split from Split, some of Dalmatia’s prettiest islands are just short hops away – like boho Vis or lush, village-laden Korčula.

DON’T MISS Split is home to the maddest amphibian museum on the continent – the weird and wonderful Froggyland, an exhibit of over 500 anthropomorphic stuffed toads. Observe these pocket-sized kermits bent and shaped into human scenarios, like the stirring tableau of froggies performing a tiny courtroom trial. 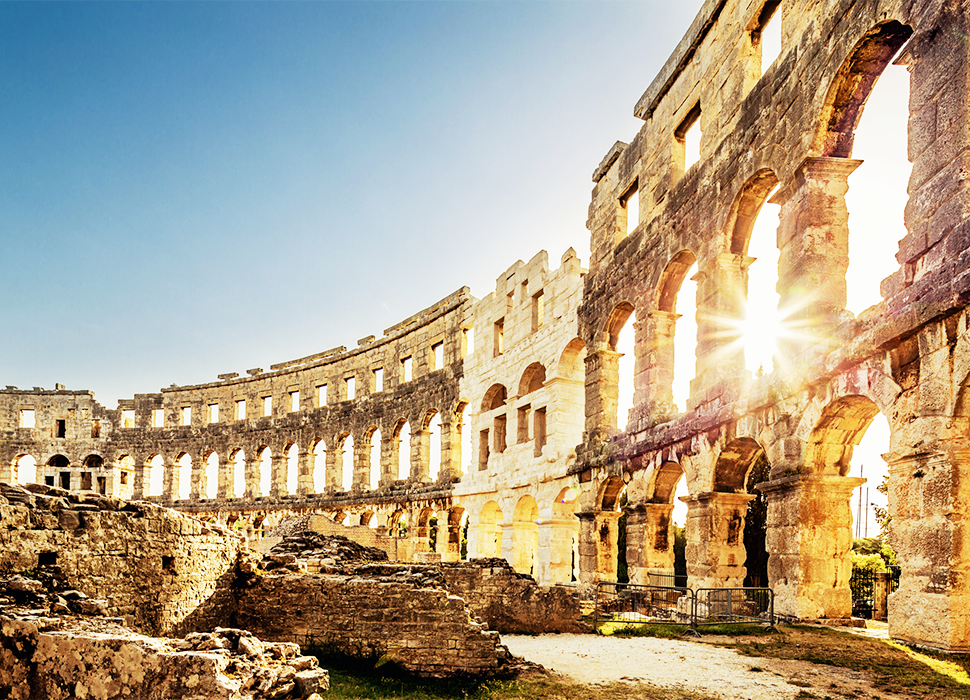 WHAT Istria’s de facto capital (and paradise for history buffs).

WHY Many Adriatic seaside towns get by on sun-dappled looks alone. But Pula's charms are a tad more cerebral – dig a little deeper and you'll find a city brimming with awesome antiquities. The Roman legacy of Istria’s largest town is ubiquitous, from the austere Arch of the Sergii that marks the start of the old town to the Corinthian splendour of the Temple of Augustus and monumental Colosseum. History-haters chill: Pula also offers a packed programme of year-round arts, culture and music events. 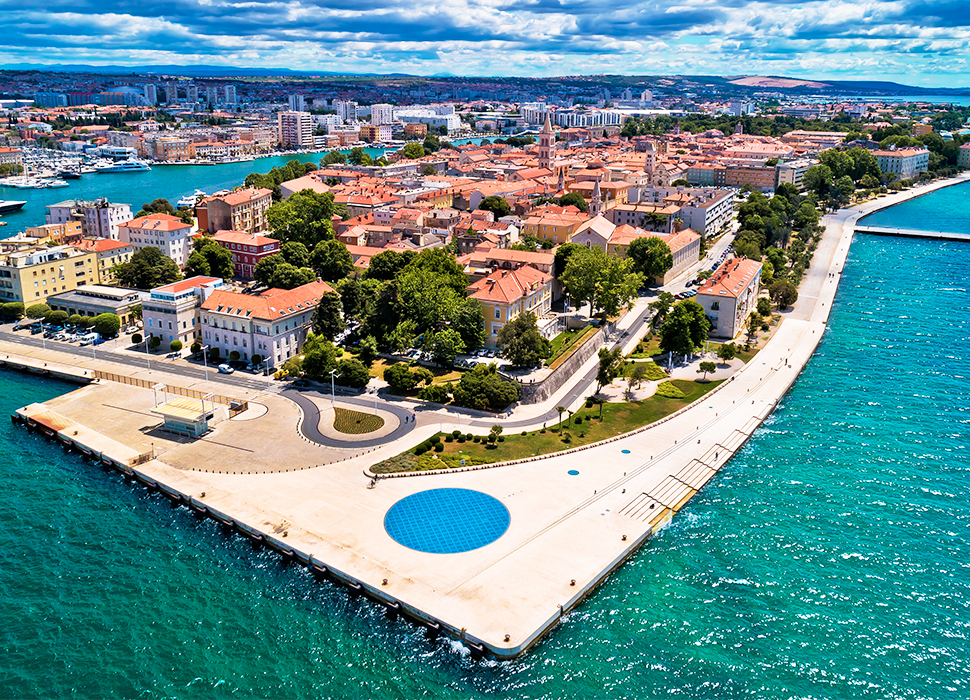 WHAT A cool, cultural, relatively crowd-free gem of a town in north Dalmatia.

WHY Set on the dreamy Dalmatian coast, Zadar is one of Croatia’s coolest city breaks. Alongside the venerable Venetian and Roman remains of the city’s cobbled Old Town (gawp at the most gilded in the Treasury next to the gorgeous Benedictine St Mary’s Church) it’s known for brilliantly bizarre public art, a fantastic food scene, powerful local plum brandy and proximity to beautiful islands both party-party and placid – Premuda and Ist are especially idyllic. And all without the typical crowds of other Croatian locales – get here before everyone else catches on.

MUST SEE Nikola Bašić’s Sea Organ is an architectural sound object that has turned a stretch of waterfront into a honking, harmonious experimental instrument that’s ‘played’ by the tide.