Inside the hidden foodie haven of Istria

With a sea of brilliant produce and delicious local dishes, North Croatia's most beguiling region is heaven for the food obsessed. Here's the 101

Jutting off the tip of Croatia’s northern coast, far away from the bustling tourist hotspots of Split and Zadar, the Istrian peninsula might not have the gloriously carby glitz of world-famous Italian food beckoning eager connoisseurs to its jagged, rocky shores, but make no mistake – this sun-soaked region of fine wines, rich extra virgin olive oils and precious buried truffles is a hidden treasure for foodies. Pulling from the dishes of its Venetian neighbours, and trading culinary traditions with nearby Slovenia, expect mountainous vistas and crystal-clear lakes, all washed down with the region’s playful, punch-packing hybrid of deliciously gourmet influences.

Croatia's cities all offer something different. Here's a handy guide to choosing the perfect one for your holiday.

From knockout lakes and islands-within-islands to rugged peaks just begging to be clambered up, this is our guide to Croatia's dreamy national parks. 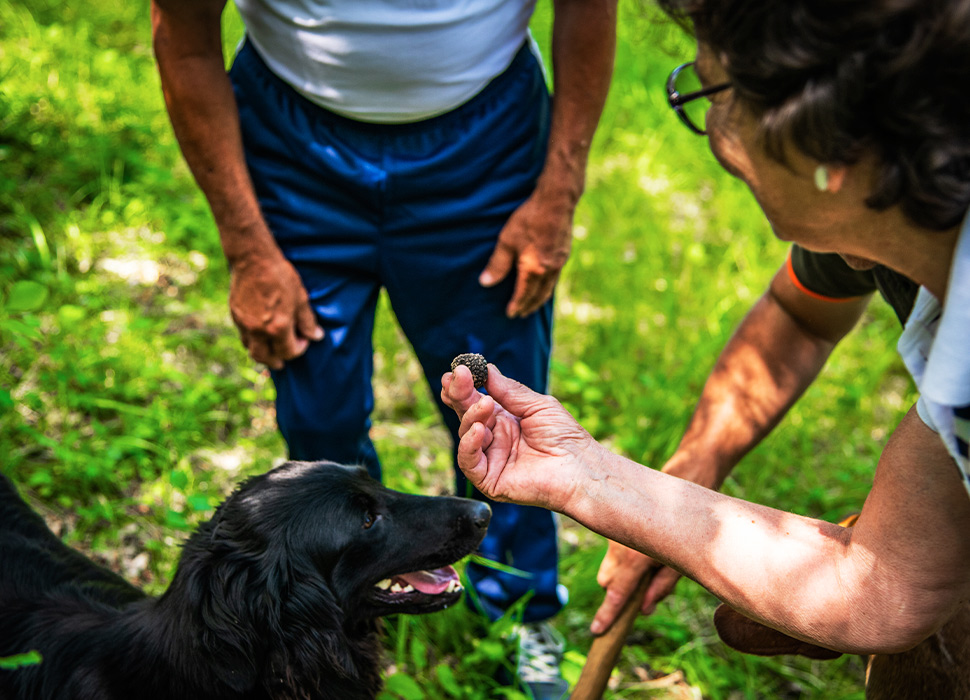 Draped around the Mediaeval hill-top towns of Motovun and Buzet, Istria’s forests are laden with opulent truffles thanks to their clay-rich soil – the trick is knowing how to find them. Here, expert truffle-hunters and their highly-trained hounds scour the Mirna river valley at night for these high-end funghi, which grow underground and have been prized as a luxury ingredient since Roman times. The most coveted of all? The rare, milky-white Tuber magnatum: the most expensive truffle in the world. 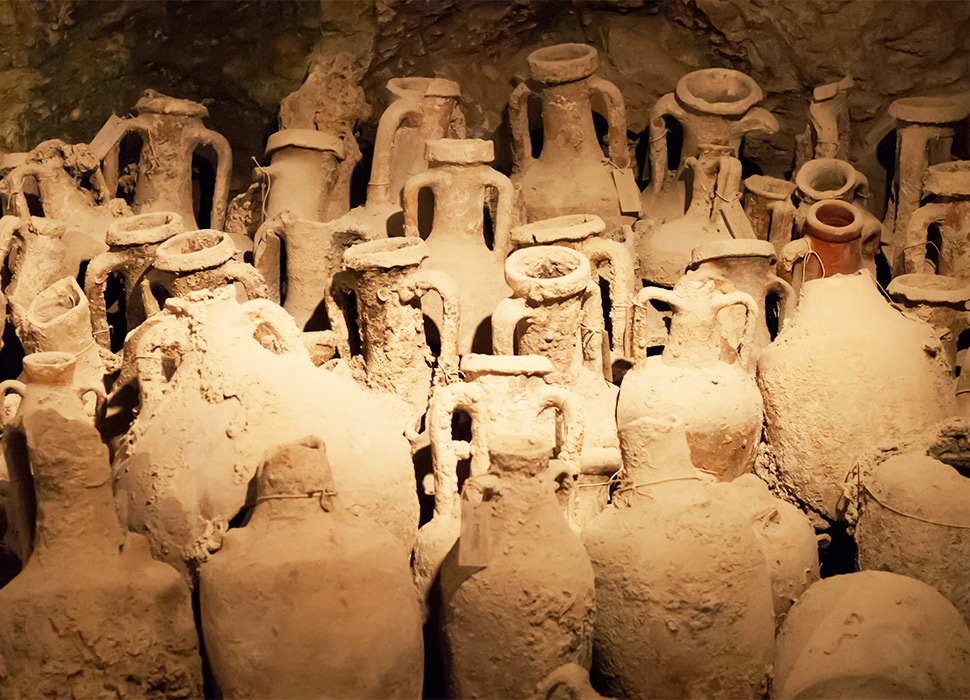 If you thought that Italy, Greece and Spain held a monopoly on olive oil, think again. Head to Pula’s Roman amphitheatre, and you’ll find piles of the terracotta amphorae (a kind of ancient Tuppaware) that the Istrians first used to lug around the golden elixir way back in the 1st Century. They’ve been finessing it ever since, and last year oil-judging bigwigs Flos Olei – who know virtually everything there is to know about the stuff – declared Istria the best olive oil region in the world, for a seventh year running. 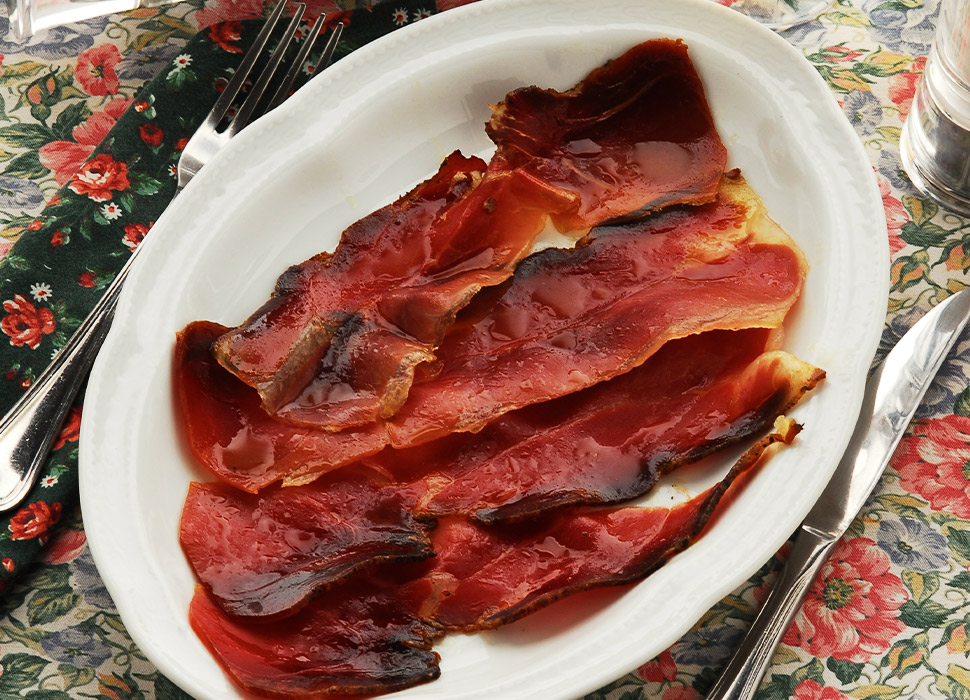 While this region has a knack for nicking the best from its neighbours’ culinary traditions and giving it an Istrian twist, this staple is completely unique. A melt-in-the-mouth variety of cured meat, only produced here on the peninsula, the secret to great Pršut is patience. Before salting these carefully reared pork legs and leaving the flavours to mature for a year, the pig skin is removed for a leaner end result. The thin, tender slithers of ham make it well worth the wait. 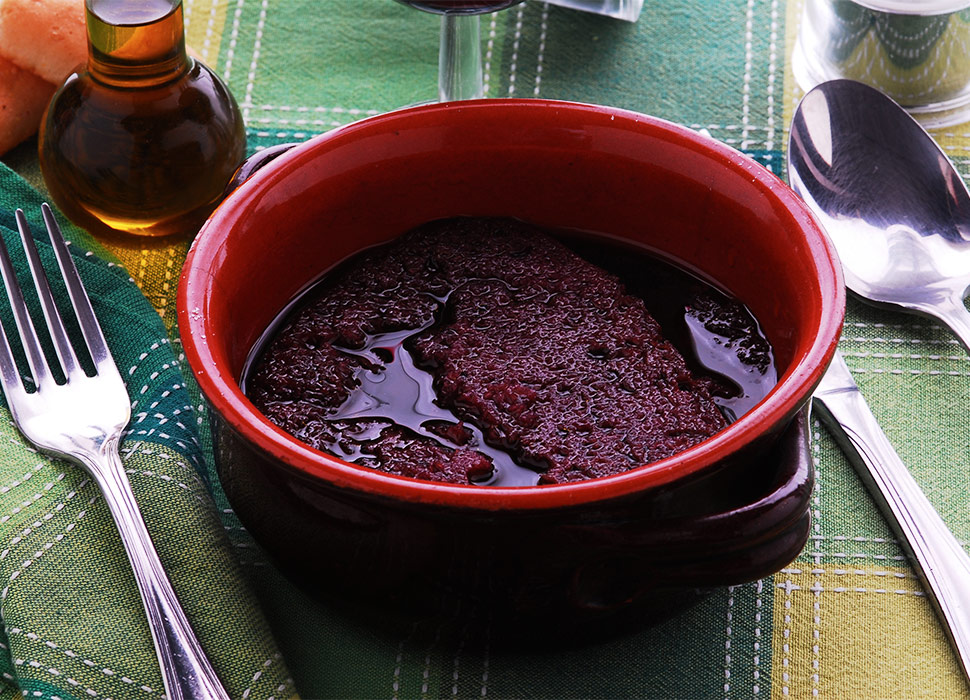 A twisted creation somewhere between mulled wine and alcoholic soup, supa takes warmed local red wine (usually Teran, though each konoba – or taverna – has its own take) and changes things up with a few added drops of olive oil and a scattering of black pepper. Originally invented as a way to freshen up stale bread, supa’s name comes from the Croatian word “posupati", meaning “to soak”. And to this day, that’s the traditional way to enjoy it – with soldiers of toasted bread. Get dunking! 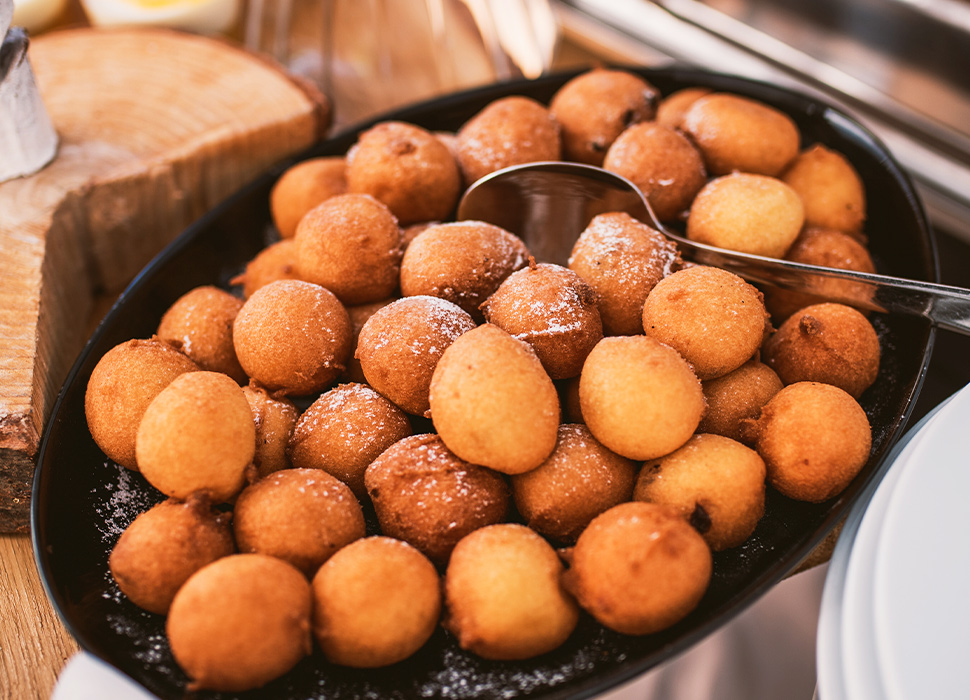 Croatian fritters – or fritule – originally hail from Venice, and these crispy fried balls of leavened dough first served as a way to quickly use up tasty ingredients ahead of fasting for Lent. Though these miniature doughnuts have swept across Europe, becoming a tradition around Christmas and Easter, the Istrians have their own regional version, borrowed and adapted from their old rulers. The best are stuffed with hazelnuts, grated apple, fruit brandy and grated chocolate; and served drenched in local Istrian honey. 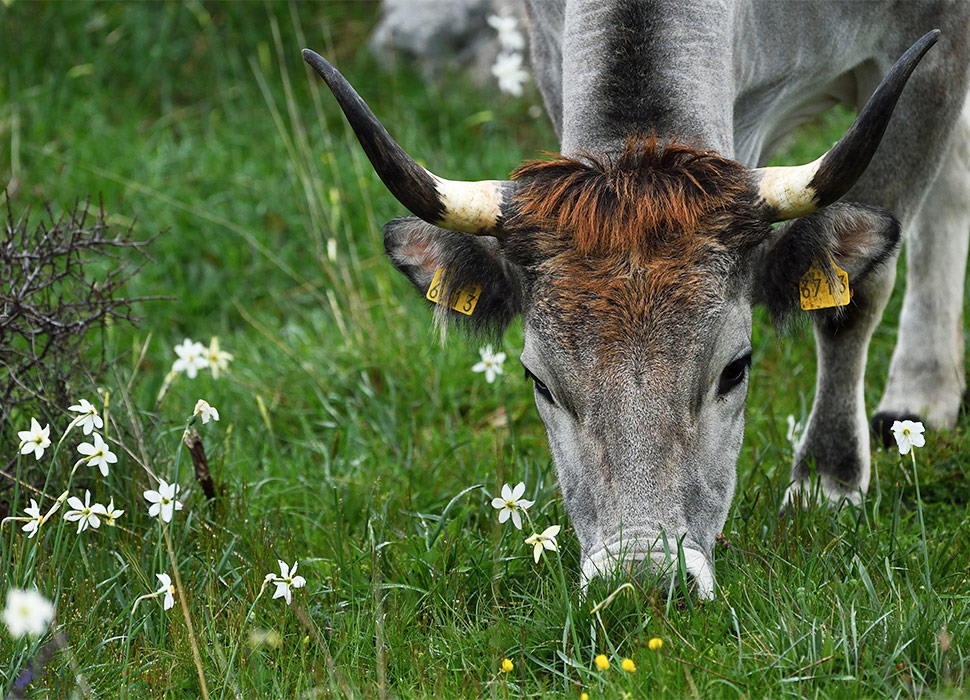 Luckily for foodies, these cows are on the up again / Image: Alamy

The tastiest cow in Istria, huge, long-horned Boškarin are a beloved symbol of the peninsula, and their meat is something of a gourmet delicacy. Before the industrial revolution, the cattle ploughed fields, towed building stones, and helped to keep workers fed with their meat and milk, but when farming equipment arrived, numbers rapidly started to drop. By 1990, there were just one hundred left, but thanks to the efforts of local farmers, the sought-after breed is gradually making a comeback. 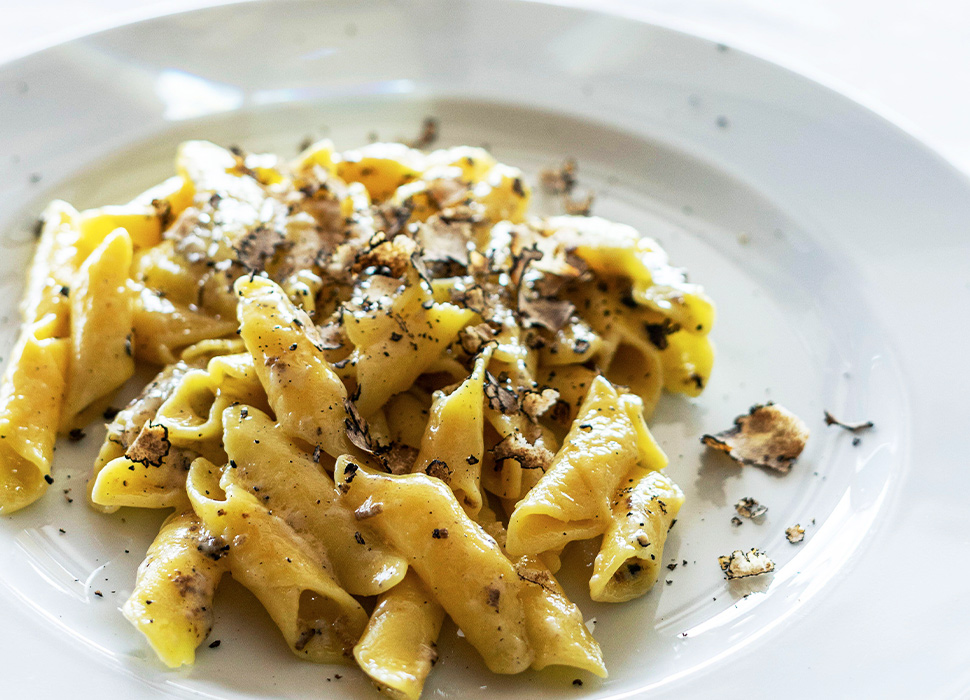 Move over, rigatoni – in Istria, flute-like tubes of fuži are the base of almost every signature pasta dish, and the rolled pasta clings perfectly to all manner of gourmet sauces showcasing the best of the region’s ingredients. fuži s tartufima is a gutsy classic topped with shavings of truffle, while fuži s boškarin pairs with a rich beef ragu from the Istrian long-horned cattle. Though fuži rule, potato gnocchi and pljukanci – simple, hand rolled sausages of pasta – are also popular picks. 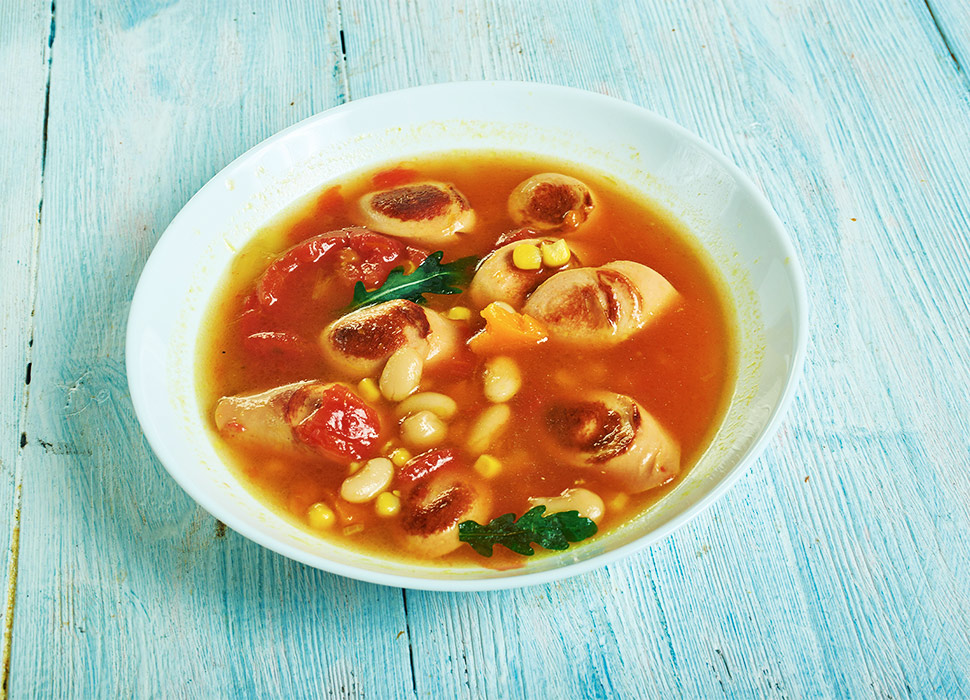 The Istrian answer to Italy’s minestrone soup, you’ll find maneštra all over the peninsula, usually topped with crunchy bites of young sweetcorn. Otherwise, it’s very much a sling-in-whatever’s-in-the-veg-patch affair, and this classic dish evolves with the seasons as countless secret family recipes change hands. There’s even an entire festival dedicated to the humble stew, in the panoramic hill-top village of Gračišće. 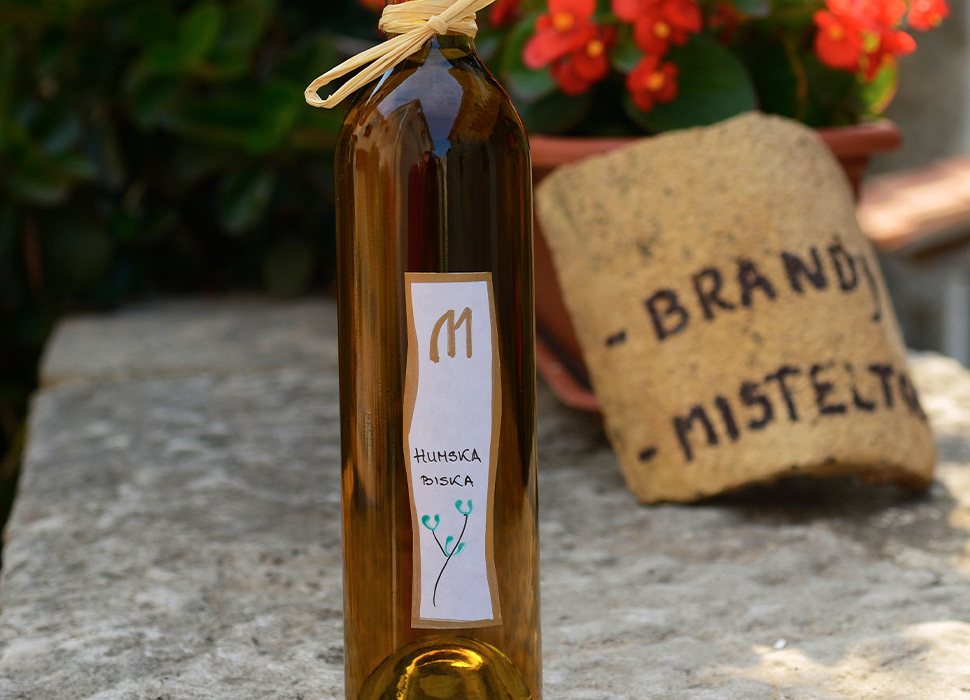 Think mistletoe’s just for hanging in conspicuous spots on the ceiling? Think again: in Istria, the Christmassy sprig is used to infuse a grape brandy. As legend has it, Celtic druids left the recipe behind after living in the region, and drank it for its supposed medicinal properties. And over 2000 years later, Istrians are still sipping away. Head to the tiny settlement of Hum (population: around 30) to get a swig of the very best. 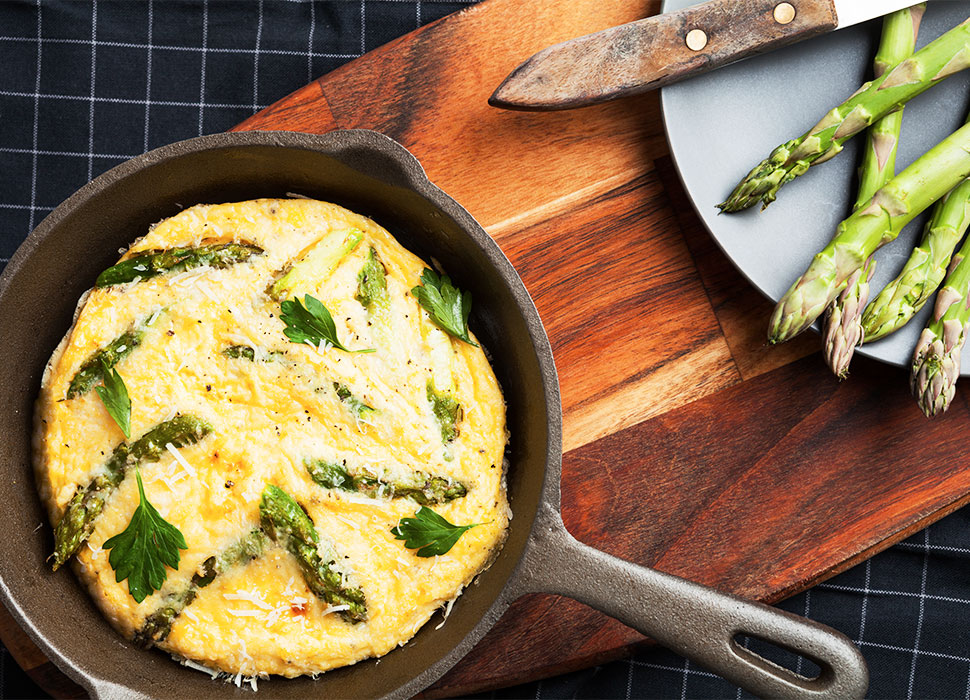 Simple, effective, and a deliciously eggy vessel for the greatest ingredients Istria has to offer, Fritaja is the region’s own version of the classic frittata; and here, it’s studded with wild asparagus and fresh herbs, and served with hunks of bread. If you’re feeling particularly lavish, Fritaja s klobasami is spiced up with dried sausage and is traditionally dished up during Carnival, Istria’s loud, colourful festival in the lead-up to Lent.