Mad as a box of frogs? You better believe it. Split may be best known as the gateway to popular islands such as Hvar and Brac, but this historic city on the Dalmatian Coast is also where you’ll find Froggyland – Croatia's best (and only) museum of taxidermy frogs.

Six frogs stand triumphantly on each other’s shoulders to form a pyramid, their arms outstretched; one hangs upside-down from a trapeze, one trips across a tightrope, another lies on a bed of nails. The ringmaster, complete with top hat and cane, conducts the performance. Just a few subtle wires hold them in place.

"I realised it's an amazing piece of art"

There are 507 creatures in all, originally posed by a Hungarian eccentric in the early 20th century, before finding their way, over the generations, into Croatia's Medvešek family.

It's not easy being green 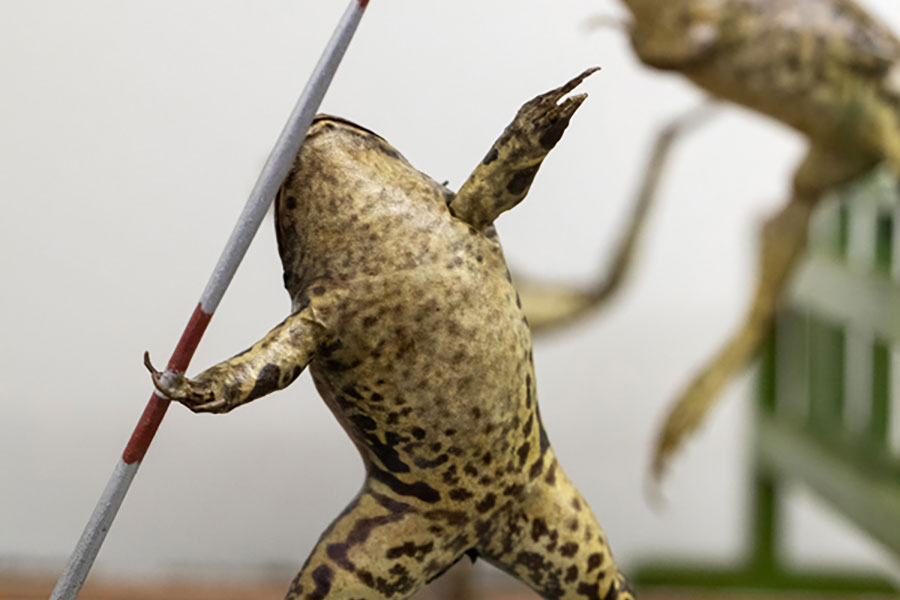 Amphibians are posed in all sorts of quirky positions / Image: Tim E White

“The circus is my favourite scene, because it’s the hardest to make,” reveals owner Ivana Medvešek who was handed the baton by her father in 2018. “Frogs are kind of my life,” she laughs. “I’ve always been around them. My grandmother bought the collection about 50 years ago from a man in Serbia, then passed it on to my father.

"At first, I found the collection quite funny, but as I grew up and studied it, and the techniques my father uses to care for it, I realised it’s an amazing piece of art.”

It's a frog's life 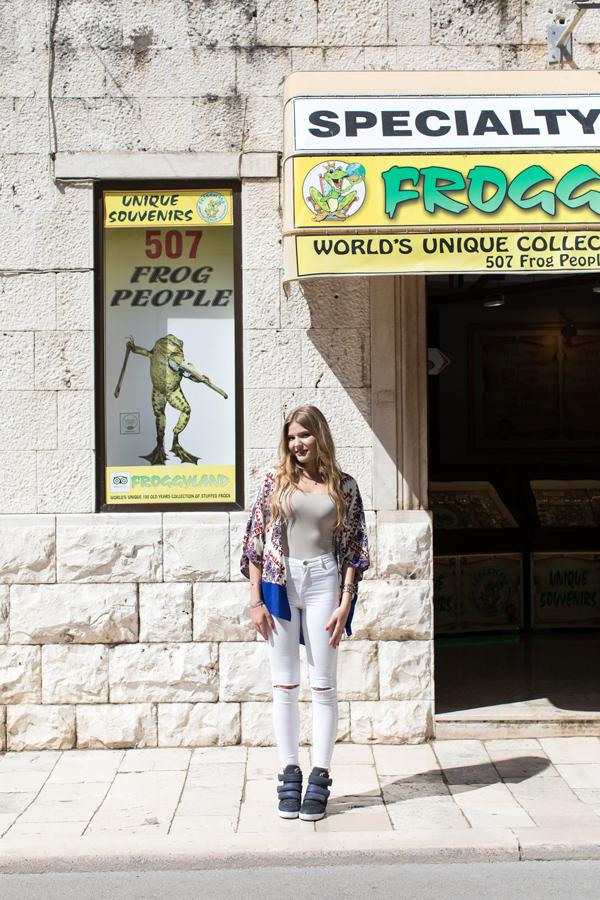 Ivana Medvešek took over Froggyland from her father in 2018 / Image: Tim E White

Other highlights include a school scene in which rows of adolescent frogs perch in a classroom on old-timey desks. Then there’s a group of frogs on a farm using scythes and pitchforks. A village frog party shows what a proper knees-up (do frogs have knees?) was like in the olden days.

"It's educational because it's also a reflection of history," says Ivana.

This eccentric exhibition certainly isn't for everyone, but Froggyland is a quintessentially weird experience that leaves other quirky museums green with envy.