Shlomo and Doron is hummus heaven

The best restaurants in Tel Aviv

Tel Aviv is a city known for its incredible food scene. Here's where to head for the best eats in town

Shlomo and Doron is hummus heaven 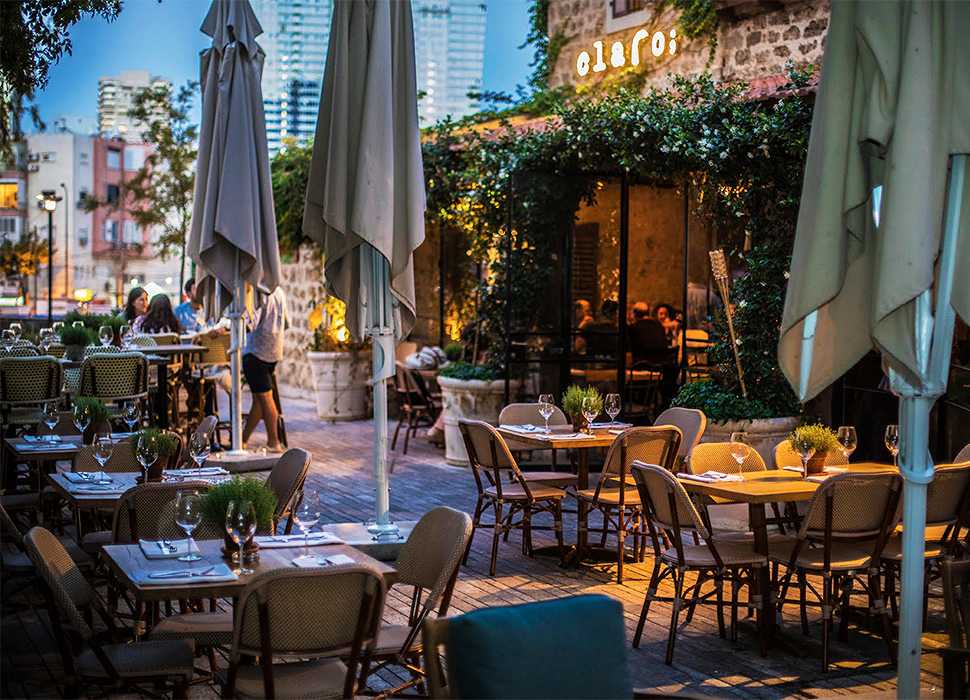 The dreamy terrace at Claro

With Ran Shmueli – one of Israel’s most celebrated chefs – as the showrunner here, you know you’re in good hands. Housed within a spectacular Templar building from 1886, you’ll find a farm-to-table approach here, with locally-sourced ingredients bringing vibrant Mediterranean dishes to life. It’s also the spot for brunch – grab a tray and load it with eggs your way, market vegetables, cured pink trout and home-made bourekas for €45.

The incredibly popular Chicchetti serves traditional Italian small plates – known as cichetti in their country of origin. Chef Michael Gertofsky pays homage to the neighbourhood bars of Venice with his deliciously snackable and seasonal dishes, each a little morsel of joy you can (mostly) eat with your hands. And if you really want to up the joy factor, take advantage of their generous happy hour, which slashes 30% off food and drinks during set hours Thursday-Sunday. 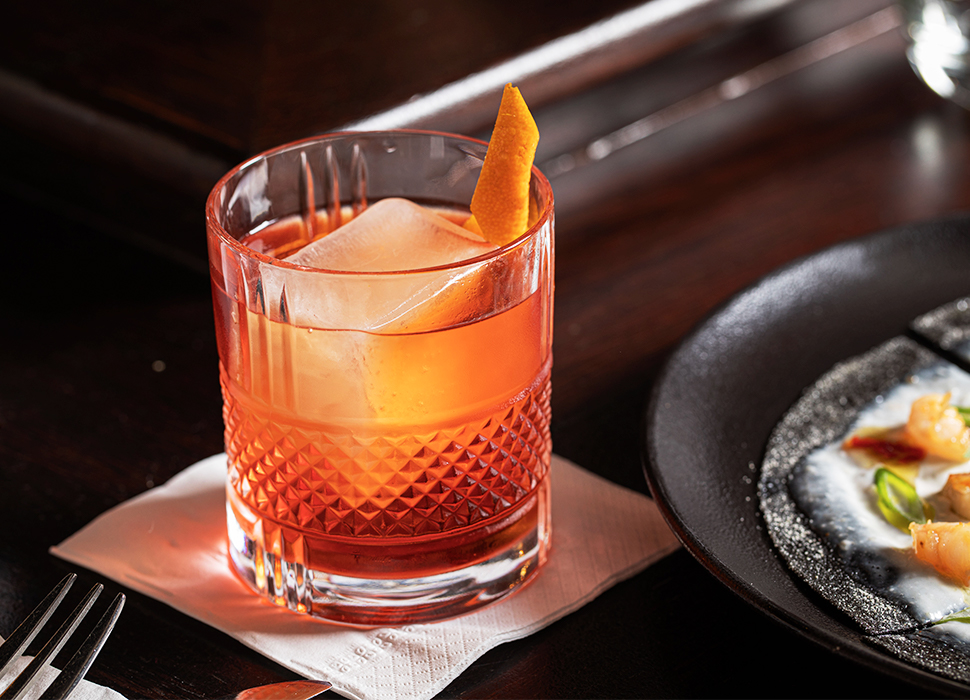 Popina's cocktails are as popping as the food

Hidden in trendy Neve Tzedek, Popina draws in hardcore foodies from across the city. Pull up a stool at the central bar – which offers a front-row view into the busy open kitchen – and chow down on masterful dishes like gin & tonic fish tartar or crispy seafood and lamb pizza. If you really want to be dazzled, opt for the seven-course tasting menu, which can be specially tailored by the chef to meet your dietary requirements – or exacting tastes. 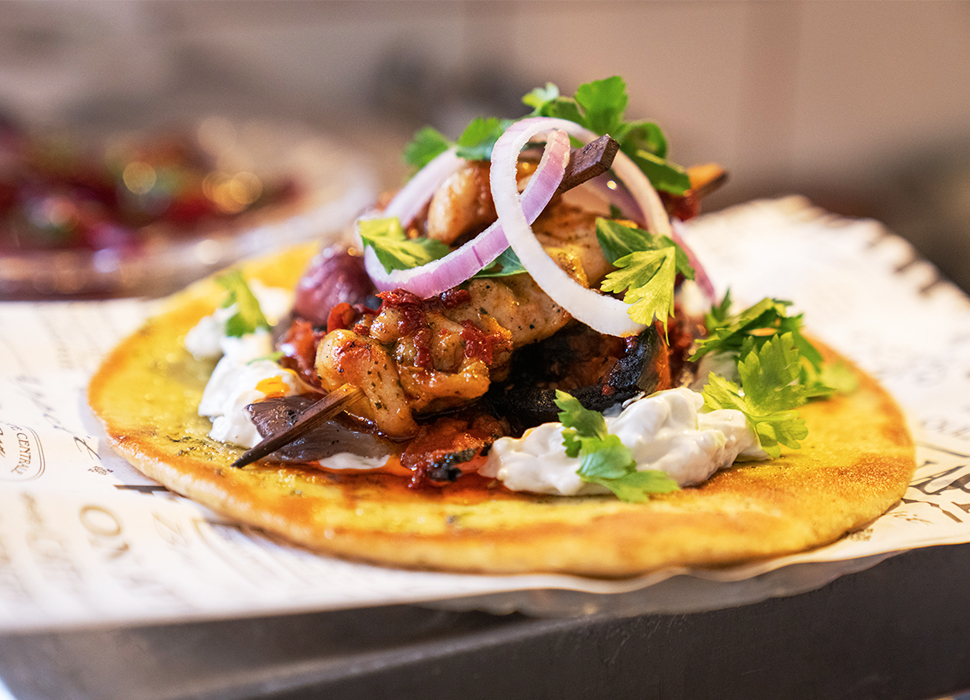 Food as vibrant as the atmosphere at Ouzeria

You’ll find this lively Greek-Mediterranean resto-bar amid Levinsky Market’s shabby shop fronts and bountiful fruit stalls. Toe-tapping music and mood lighting welcomes you when you step inside, setting the tone for a rolicking meal that brims with flavours and textures. There are simply too many showstoppers to name – although the seasonal ceviche and bruschetta topped with sweet cherry tomato jam and feta are must-orders for first time diners.

It may be a bit swanky for laidback Tel Aviv, but Milgo & Milbar is well worth the price tag for their masterful dishes that deliver time and time again. Chefs Moti Titman and Or Michaeli spare no detail – their plates are obsessively fussed-over and beautifully presented, bringing in influences from their previous gigs in kitchens around Europe. You’ll find a scrumptious harmony of meat, seafood, fish and vegan dishes on their à la carte menu. 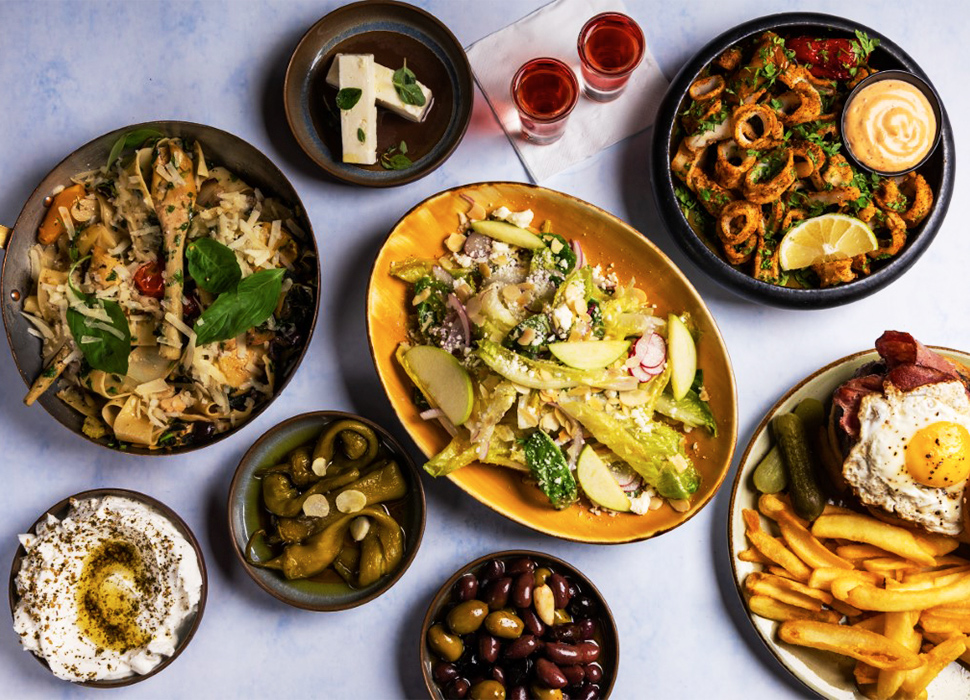 Jaffa Flea Market’s most happening bistro, where loyal diners come back again and again for its bang-up atmosphere and more-than-reasonable prices. Its spacious, industrial dining room is packed to the rafters most nights, with additional outdoor seating spilling into the market. Raisa is that place you go to for a casual weekend dinner that spirals into a late-night wine-and-dine marathon – and with an excellent menu of small plates that cost as little as €4.50, it’s easy to do.

This Moroccan-influenced restaurant inside the Mendeli Street Hotel is known for its sculptural dishes dreamt up by Chef Yossi Shitri, who uses market-fresh ingredients to conjure his works of art. Lunch and dinner menus effortlessly balance meat, fish and vegetarian dishes – try the glorious seafood-stuffed qatayef dumpling – served alongside a selection of international wines and colourful cocktails. Their €27 breakfast buffet is a steal with all the yumminess on offer – fresh breads, salads galore and a gorgeous shakshuka. 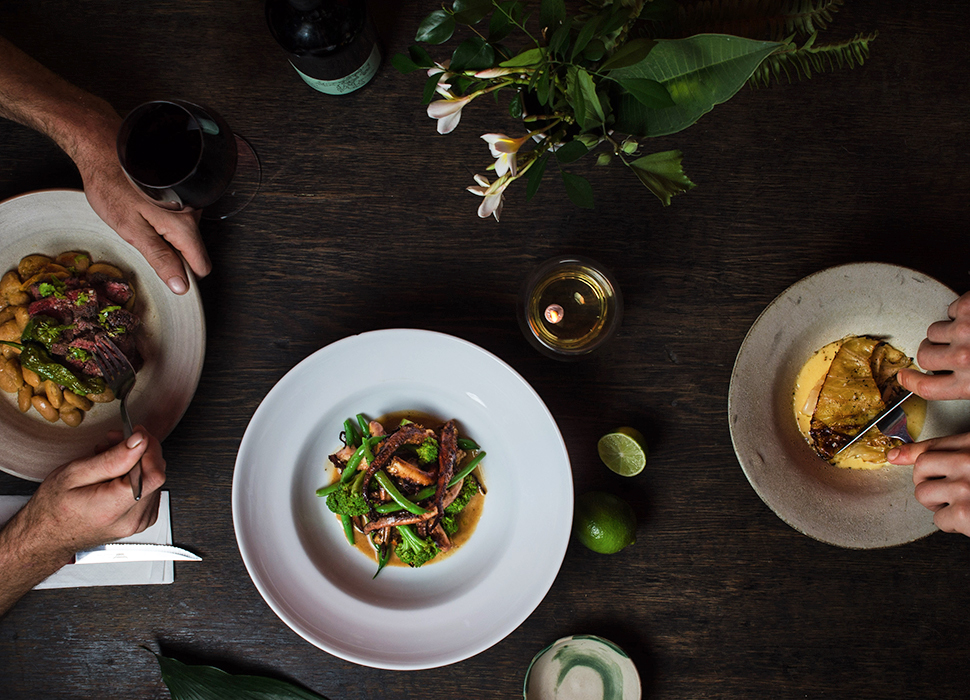 This boho restaurant down a sidestreet in Florentin is premised on a pretty radical concept: pay-what-you-can dining. Essentially, the cool-as-a-cucumber waiters ask diners their food preferences, then take that intel back to the kitchen where the chefs adjust their menu of flavourful salads, hearty stews and delectable fish dishes to suit each palate. Throw a very decent wine list on top of that and you’ve got an excellent neighbourhood joint.

Even after a decade after opening, this fish and seafood joint – run by husband-and-wife Sharon and Adi Cohen – is a Tel Aviv mainstay. You’ll find the wooden bar that encircles the open kitchen crowded with punters and piled with sharing plates most nights of the week – including fresh-from-the-pan lobster ravioli and grouper kebab. Everything is plucked from the Jaffa Fish Exchange each morning and set at market price, so expect good value and insane freshness. 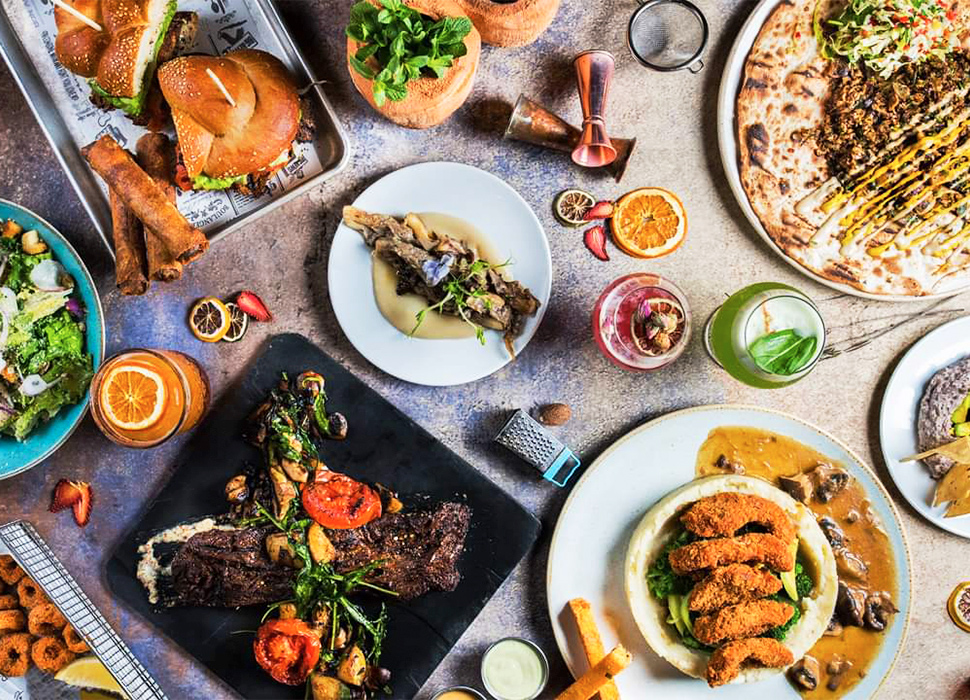 Four One Six is where vegans and foodies converge. Located centrally near Sarona Market, owners and twin brothers Ben and El deliver a relaxed, creative take on plant-based dining and an atmosphere that’s reminiscent of New York’s laidback-cool downtown bars. There’s also plenty of vegan options, if that’s your bag. Menu fixtures include meatless shawarma, ‘roast beef’ nestled in challah, coconut-almond cream fettuccine and ‘calamari’ rings. It’s enough to make a believer out of even a diehard carnivore.

The legend, the myth: the sabich. If you want the ultimate taste of this traditional sandwich – layers of fried eggplant, fresh Israeli salad, and hard-boiled egg drizzled with sweet mango amba sauce and tahini, all packed into a fluffy pita – head straight to Sabich Tchernichovsky. This dinky counter specialises in the choice breakfast sandwich of Iraqi Jews, and is sometimes referred to as ‘Efi’s Sabich’ after its original owner. You’ll instantly recognise it for the queue of hungry lunchers spilling out the door, eager to get their paws on this delicious €4.50 treat. 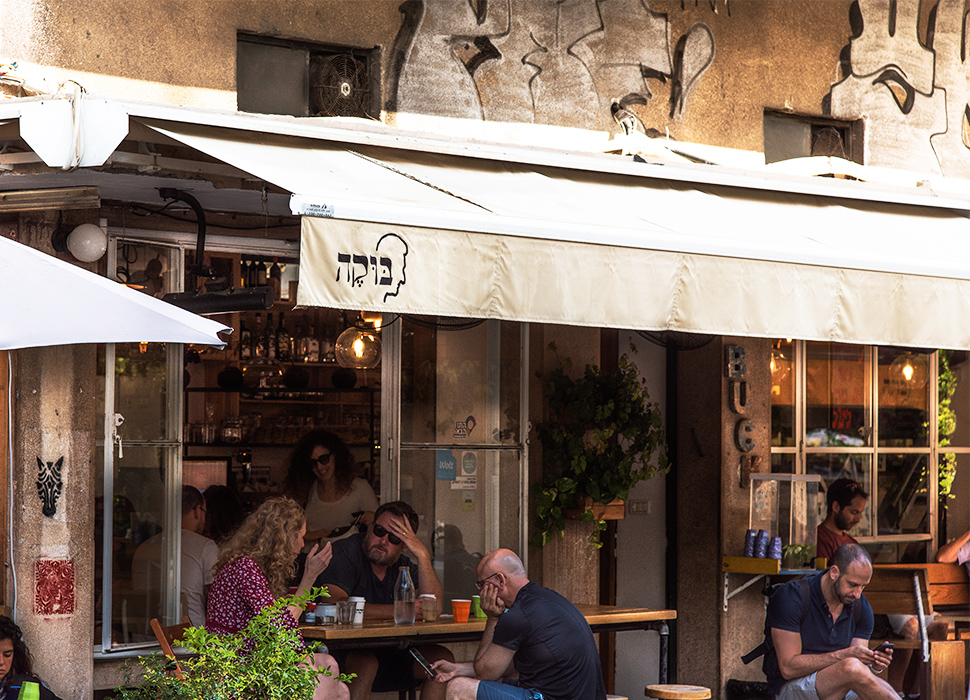 With a ‘door’s always open’ policy, this cheap-and-cheerful cafe has two locations in Lev Ha’ir and the Old North. In both neighbourhoods, it’s always chock-full of locals seated on mismatched chairs and lunching on healthy, lip-smacking dishes. Go for the Original Bucke tray, heaped with a zesty salad, freshly-churned hummus, salty labneh, pesto-splattered roasted vegetables and a divine tuna salad, plus a pile of gooey, freshly-baked chocolate chip cookies for after. 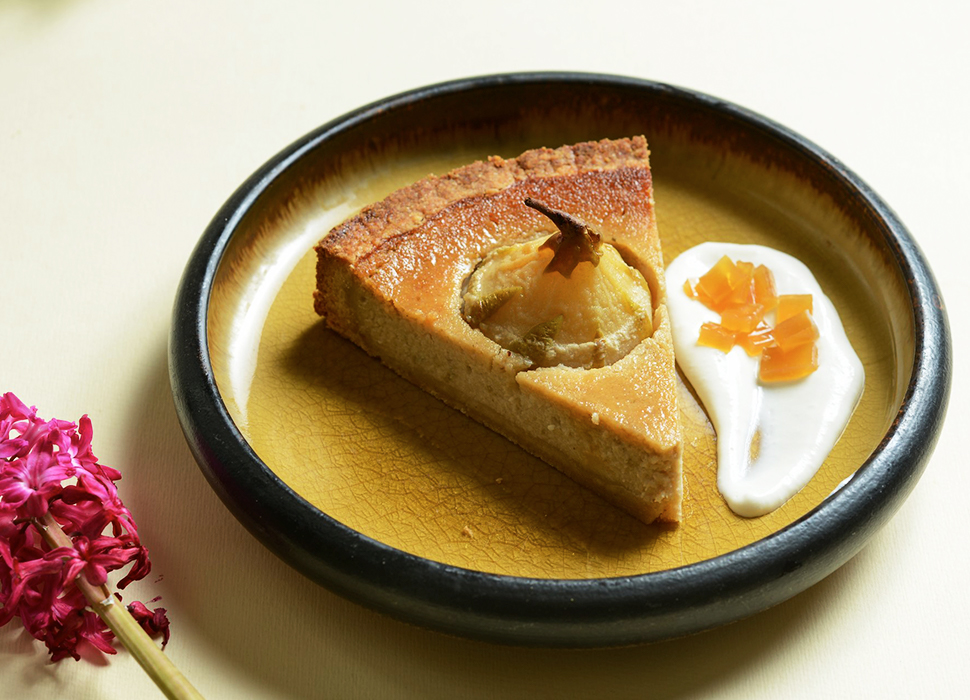 This pretty bistro was originally founded on a family-run farm outside of Tel Aviv (how’s that for farm-to-table?), but set up shop in the picturesque Neve Tzedek almost two decades ago. Spread across a sophisticated dining room, central patio and breezy garden terrace, Meshek is a popular choice for breakfast, lunch or dinner. The name of the game here is hyper-seasonal vegan food – try the pizza with cashew cheese, it might make you eschew mozzarella forever. 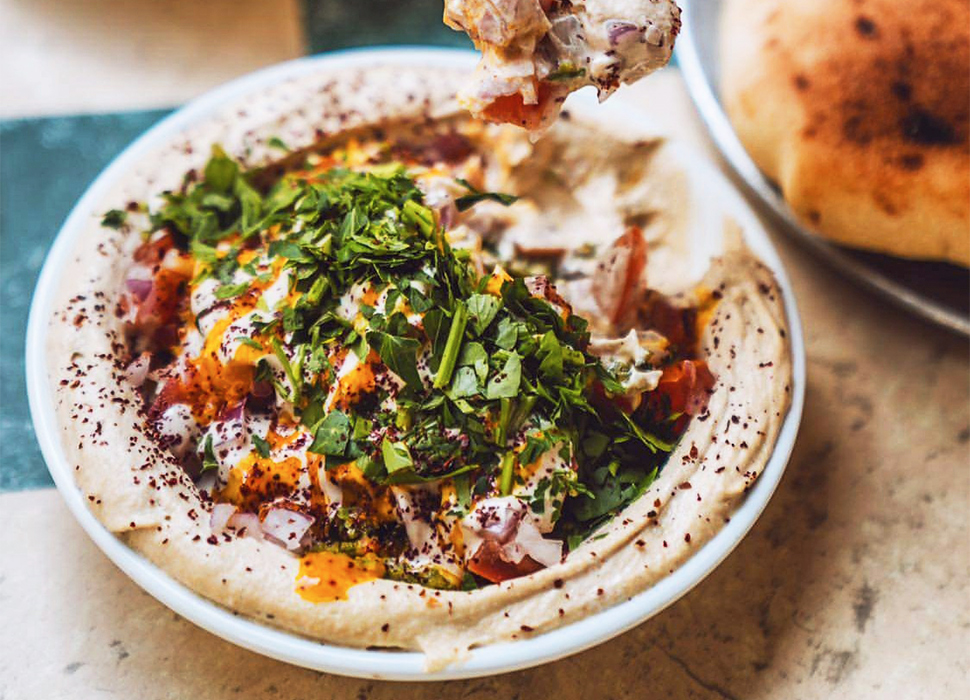 Dunking bread into a bowl of Shlomo and Doron hummus

The best-hummus competition may be fierce in Tel Aviv, but Shlomo and Doron is a worthy contender for top spot. The family who runs this dinky joint in the depths of Carmel Market’s Yemenite Quarter have been at it for four generations, so you have to expect they know what they’re doing. They’ve absolutely nailed the original family recipe, but also offer Balkan- and Indian-inspired takes on this chickpea dish, plus a refreshingly bold hummus shakshuka. The ideal breakfast or lunch spot, arrive early to stake your place in line – it can get rammed.