The most beautiful lakeside retreats in Europe

Nothing soothes the soul like a languid, mirror-like expanse of water – and Europe's home to some of the dreamiest (as well as some truly lovely lake-side towns). These are the best of them

Whether your idea of the perfect holiday involves hiking up a hill, chilling by a pool or simply consuming your weight in whichever local delicacy comes courtesy of the region (it’d be rude not to), almost any activity can be improved by the addition of some jaw-dropping scenery.

When it comes to this selection of Europe’s greatest lakes, Mother Nature truly outdid herself on the geographical eye candy. Pack your cossie and prepare for panoramic perfection: you’ll be the envy of Instagram with a trip to any of these watery hotspots.

Lakes not floating your boat? Then check out these 10 incredible places that you won't believe are in Europe (and, er, ignore the wet ones).

And these are the most incredible travel experiences to tick off for 2022. 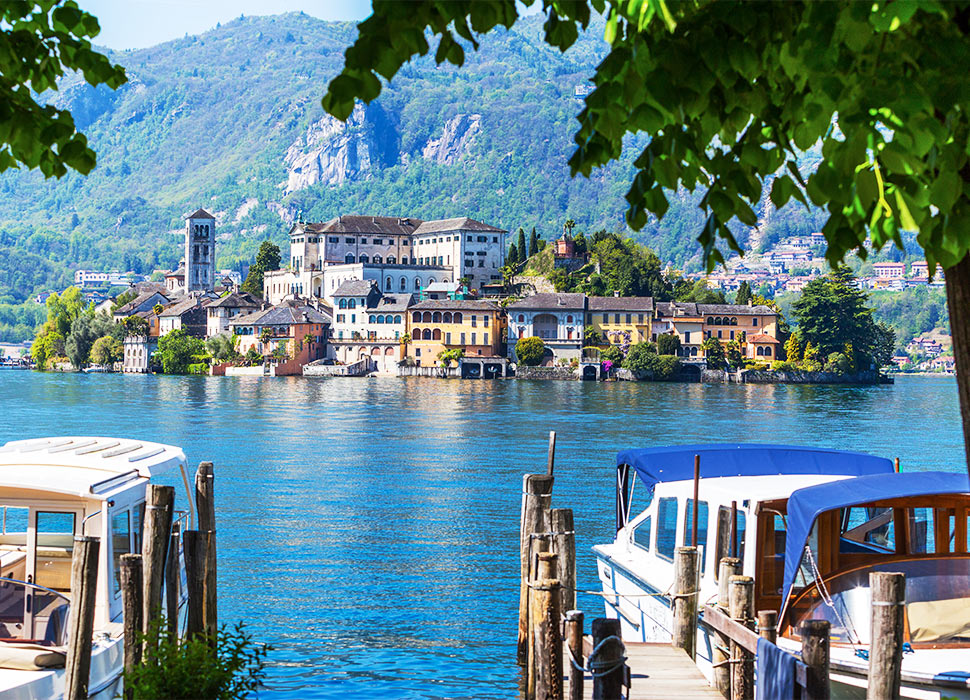 At its centre lies the almost ridiculously appealing Isola San Giulio – a skerry easily accessible from the mainland by boat. But somehow, northwest Italy’s Lake Orta has an even more enticing place from which to gaze upon its ripples. The village of Orta San Giulio, built on the slopes of the Sacro Monte, is a tangle of narrow, cobbled streets and pastel houses, topped with a sanctuary dedicated to St Francis of Assisi. The lake views from the summit are not to be missed. 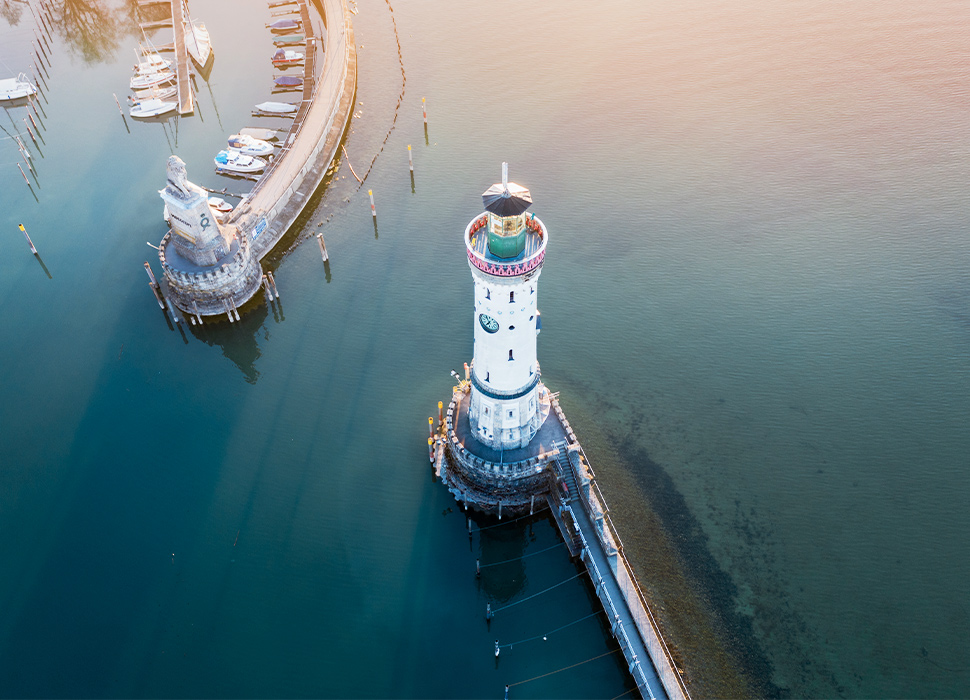 Being the third largest freshwater lake in Europe, a trip to visit Constance requires some decision-making – largely as it borders Germany, Austria and Switzerland. But, as the direct area’s only airport, Friedrichshafen is as good a place to start as any. From there, take in the historic castles along the German portion of the water, and rest your head in the historic town of Lindau, located on a peninsula jutting into the lake itself. If you’re feeling really adventurous, you can even attempt the Bodensee-Radweg path: a 260km cycle route that goes round the whole thing.

Fly to Friedrichshafen or Zurich 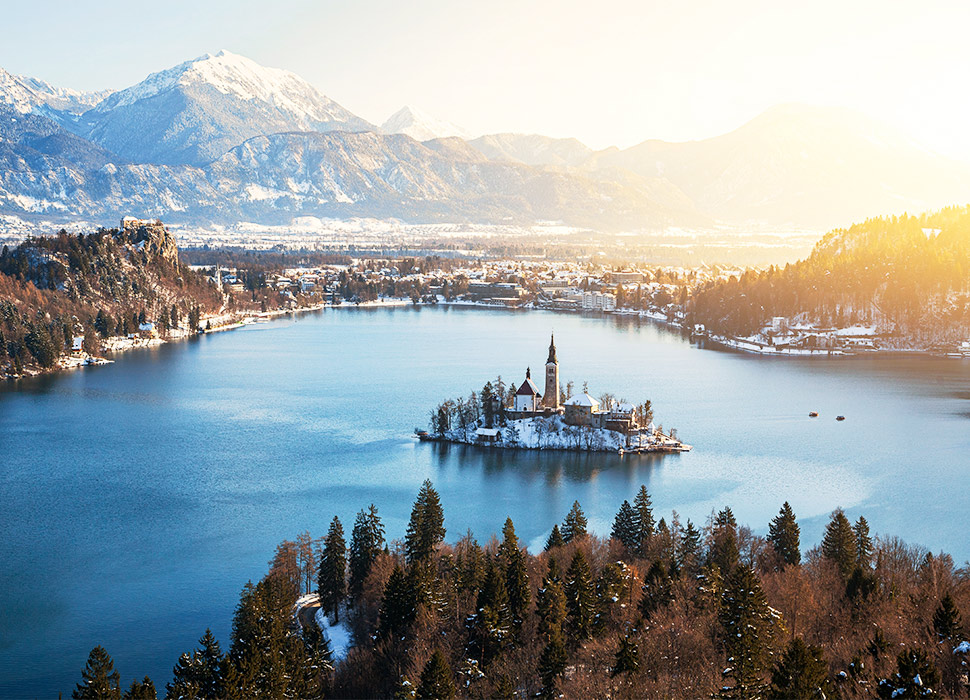 You’d have to be a bloody fool to pass up an opportunity to visit the deep blue waters of Lake Bled. Topped by the medieval Bled Castle – and with a fairytale island floating in its centre, best reached by a traditional gondola called a pletna – you’d be forgiven for thinking you were in a fantastical storybook rather than a couple of hours from Ljubljana's busy urban hub and airport. The area even has its own local delicacy in the kremšnita, a vanilla custard slice that you can nibble on while soaking up the scenery around this languid vision. 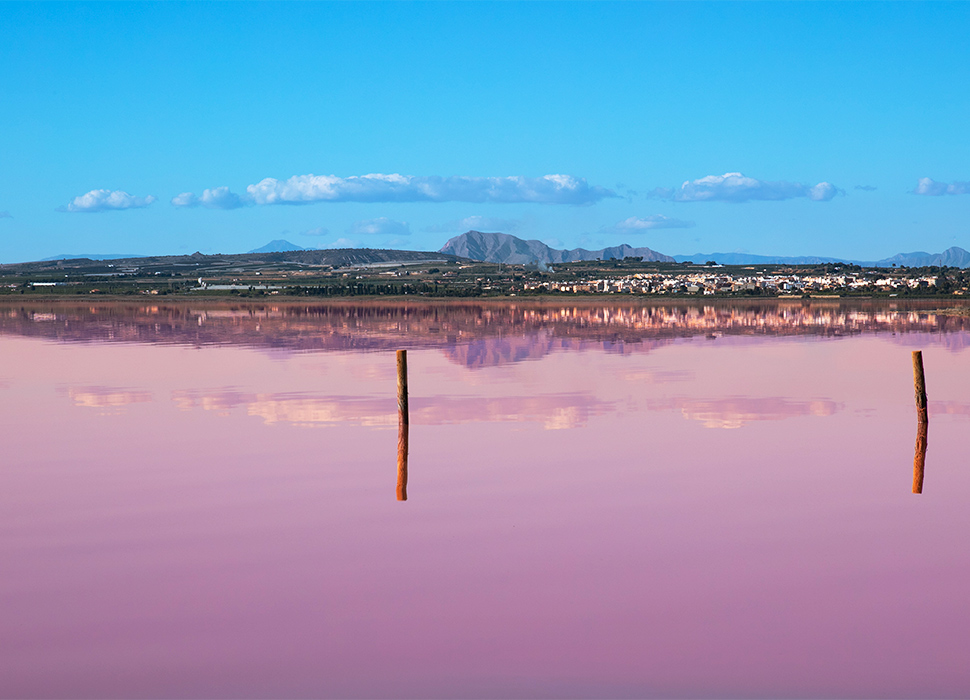 Located in Spain’s Parque Natural de Torrevieja, the wonder that is the Laguna Rosa – that's 'Pink Lake' – sticks out like an unusually-hued sore thumb of the best kind. Its waters are (you guessed it) rose-coloured, and occur naturally during the hottest months of the summer due to a pigment released by the resident algae. With its Mediterranean climate and sandy beaches, Costa Blanca's Torrevieja already has a lot going for it, and its one-of-a-kind bubblegum lake is the pink jewel in the crown. 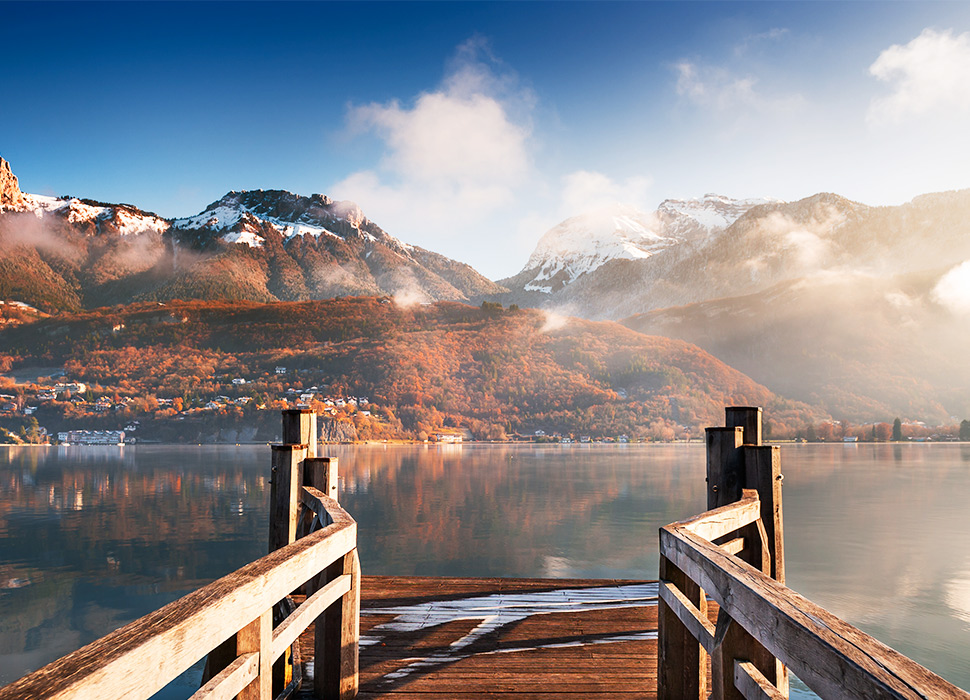 Surrounded by knockout mountains and recognised as having the purest water in Europe, Lake Annecy was once immortalised by famed post-impressionist painter Paul Cézanne and you can understand why. Its scenery is majestic – a mix of verdant forest and the magnificent looming Alps – and with a varied programme of year-round sporting activities in which to indulge (including a cycling loop that circles the water), all set against the picturesque town of Annecy itself, neither you nor your eyes will get bored. 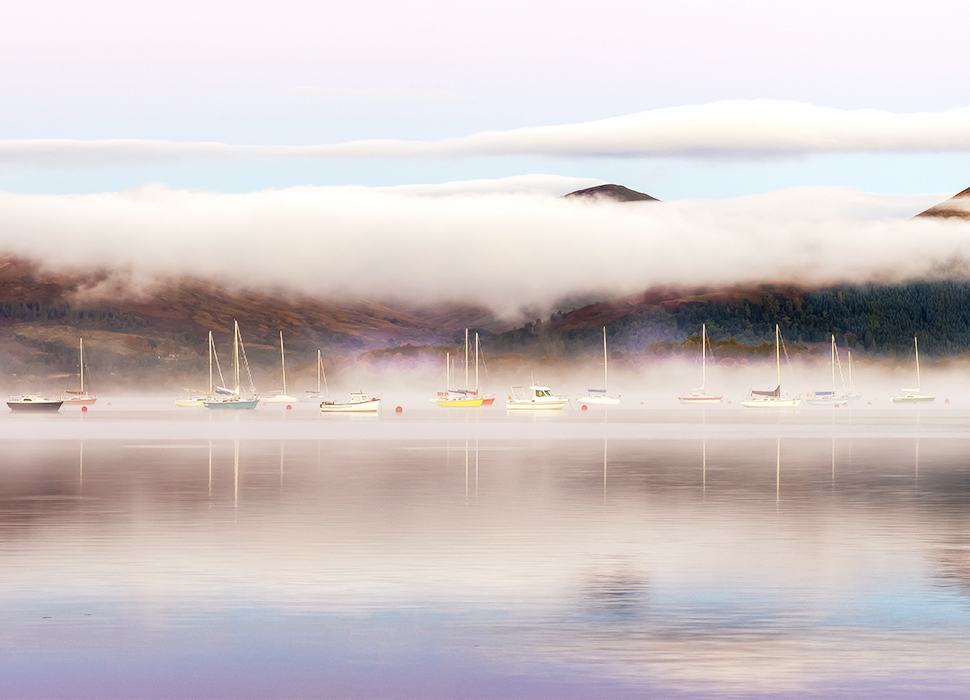 While Scotland is hardly short of breathtaking spots of rugged natural beauty, Loch Lomond’s close proximity to Glasgow and miles of forestry make it the perfect place for a surprisingly accessible escape. If you’re looking for somewhere low-key and quiet, settle yourself in the small village of Luss; if a little more buzz and a central location is your thing, then Callander should do the trick. Either way, the Loch and surrounding Trossachs National Park will provide ample treats for casual strollers and hardcore hikers alike. 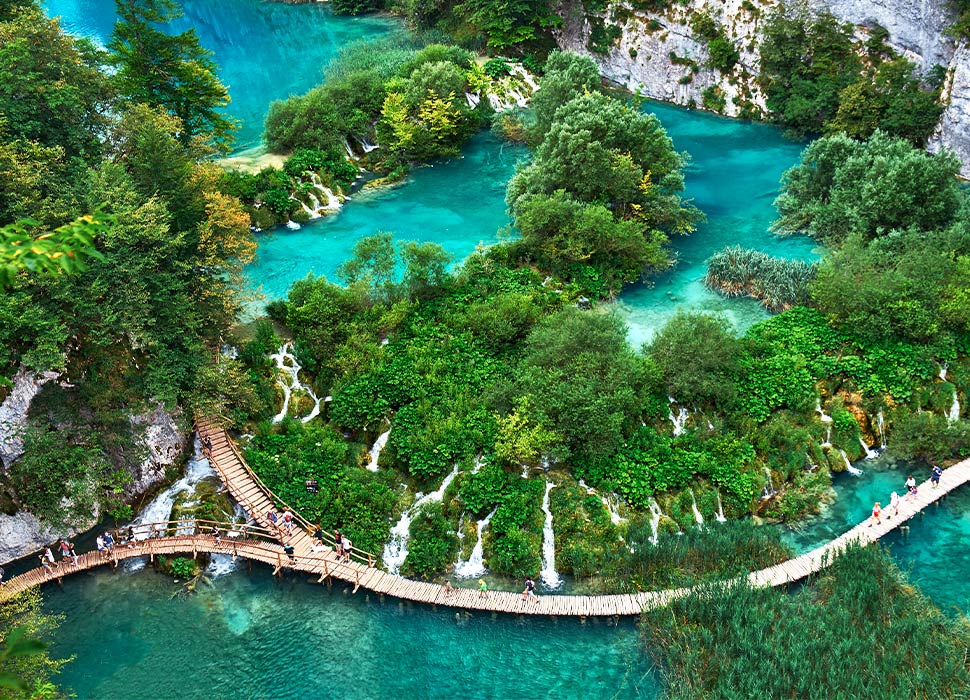 The boardwalks and waters of Plitvice Lakes / Credit: Adobe Stock

Plitvice Lakes National Park is so much more than just a body of water. You can spend hours roaming the vast surrounds, exploring the 16 small lakes joined by forest paths and waterfalls (look out for Veliki Slap – it's the highest in the area) at this UNESCO World Heritage Site. Accommodation-wise, you’ve got two choices: stay at one of the hotels located within the park itself (they're more expensive, but convenient and immersive) or head a little further out to villages such as Jezerce and Grabovac to save a few pennies. 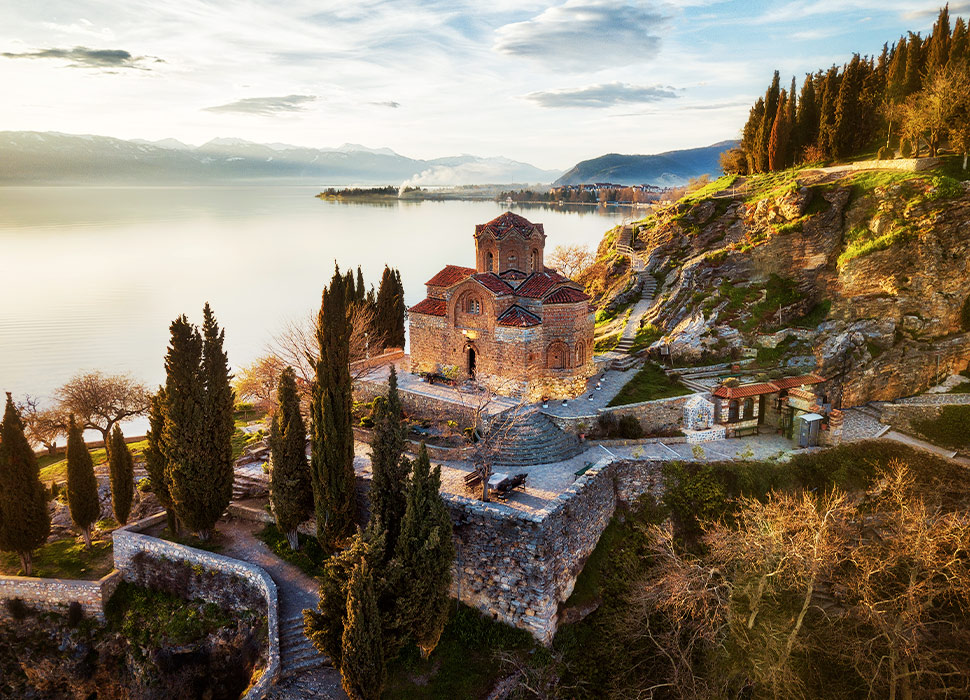 Both the lake and its shores are historically significant / Credit: Adobe Stock

Tucked between mountains and straddling the border of Albania and North Macedonia, three-million-year-old Lake Ohrid and its neighbouring town, Ohrid, are steeped in history. Churches and monasteries are ubiquitous, and its ancient theatre – once the scene of brutal gladiator fights but now, thankfully, more dignified cultural events – dates back to 200 BC. In summer, the Macedonian climate regularly hovers around a just-sweltering 30°C, while luxurious but affordable spa resorts line the water’s edge, for when the only thing you want to explore is a swimming pool. Bliss. 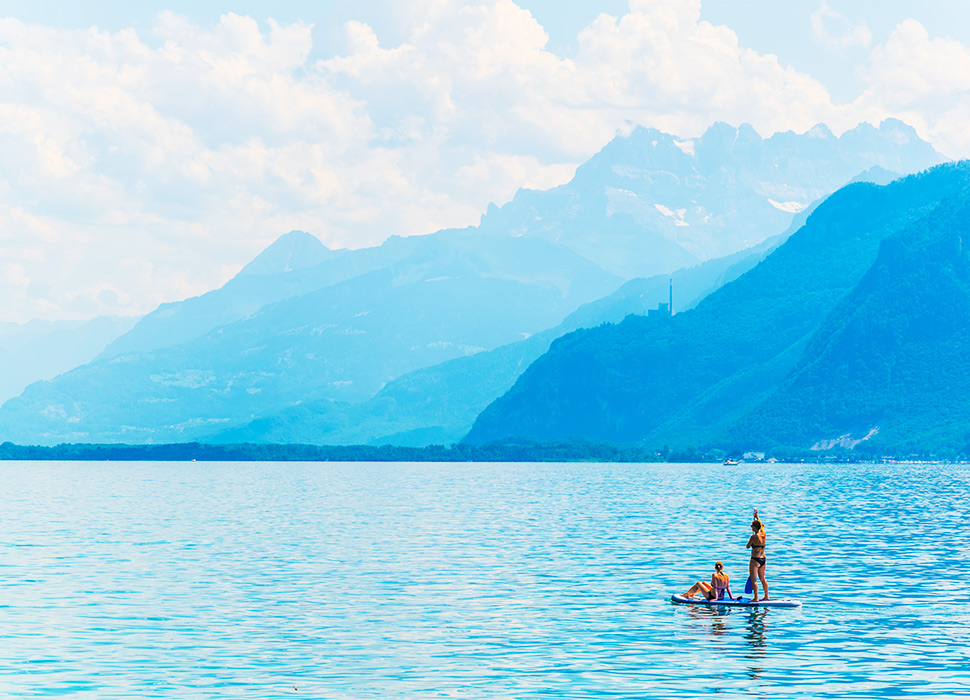 The appropriately croissant-shaped Lake Geneva stretches across parts of France and Switzerland, but for the ultimate waterside getaway, we’d recommend plumping for a stay in the shimmering, Swiss-Alp-facing city of Montreaux. Culture vultures should time their visit to coincide with July’s celebrated Montreaux Jazz Festival, which has seen everyone from Elton John to Talk Talk to Lizzo grace its stages over the years, while a walk along the shoreline and through the historic old town will satisfy even the most hard-hearted holidaymaker. 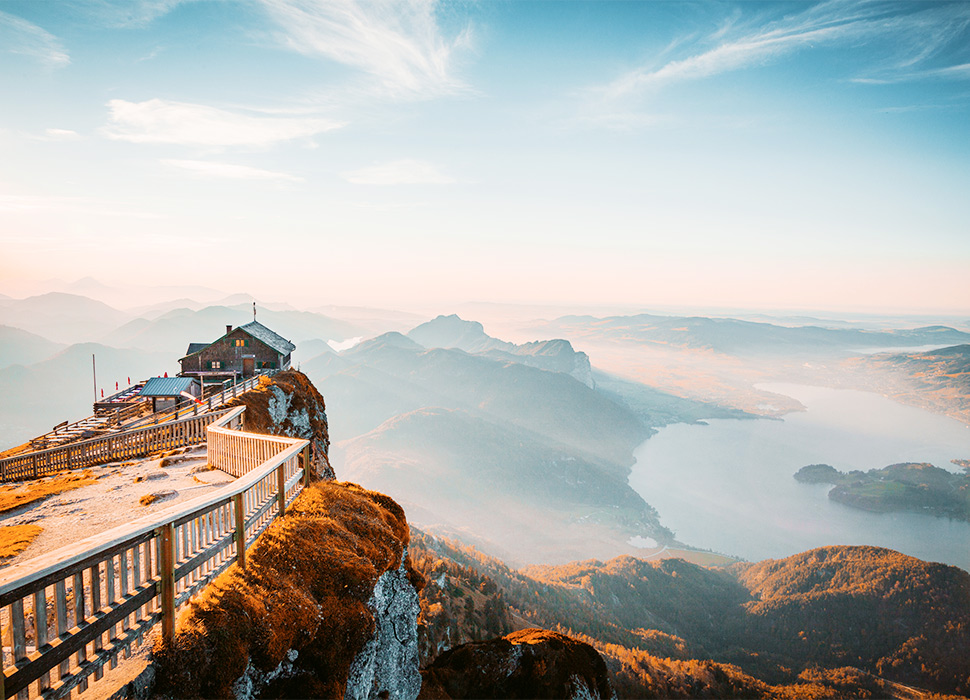 Taking in Wolfgangsee's shining levels from above / Credit: Adobe Stock

A visit to the placid waters of Wolfgangsee wouldn’t be complete without a precipitous cable-car trip up the nearby mountains of Zwölferhorn or Schafberg for some sweeping vistas – but the lower, lakeside levels boast a trio of quaint villages and a host of beach-adjacent hotels. St Wolfgang, St Gilgen and Strobl are lush with picturesque charm and idyllic vistas; if you plump for the former, stay at the legendary White Horse Hotel, which inspired the operetta of the same name and boasts a year-round heated lido pool in the lake. It's all roughly an hour from Salzburg. 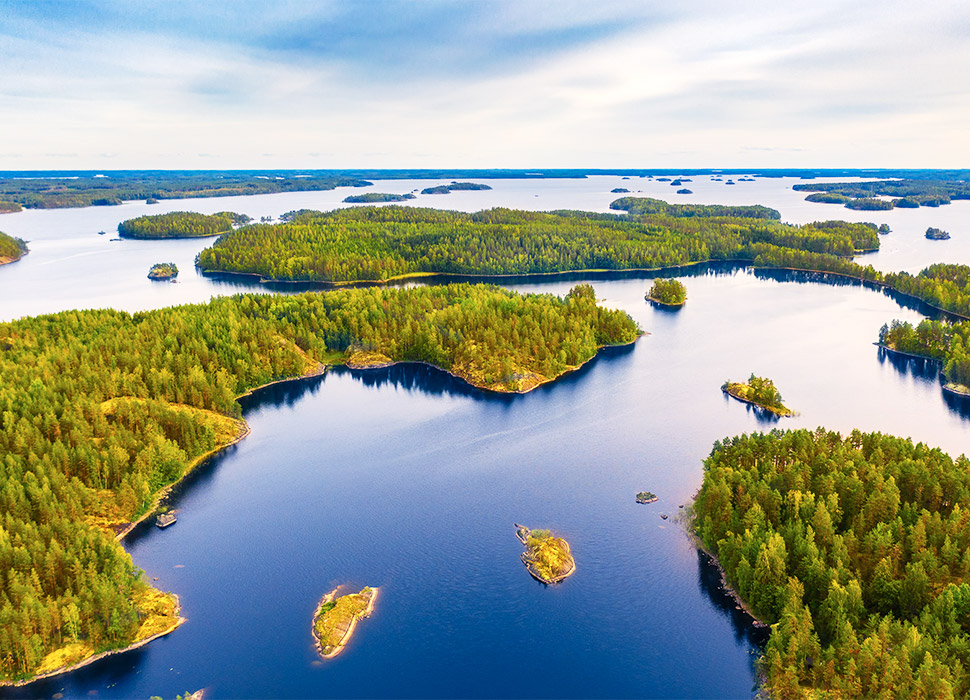 You might have to drive a few hours out from Helsinki to make it to Saimaa – but as the crowning jewel in Finland’s already-stunning lake district, your efforts will be more than rewarded. A sprawling expanse covering 4,400 sq km, you’ll need to allow yourself time to explore. Head to the peak of Neitvuori Hill for panoramic views of the scenery before driving over to the 15th-century Olavinlinna castle to peep some history. Nature-lovers will be spoilt for choice too: not only is the area home to the rare (and adorable) ring-tailed seal, but you can also make a trip to Kruununpuisto – Finland’s first nature reserve. 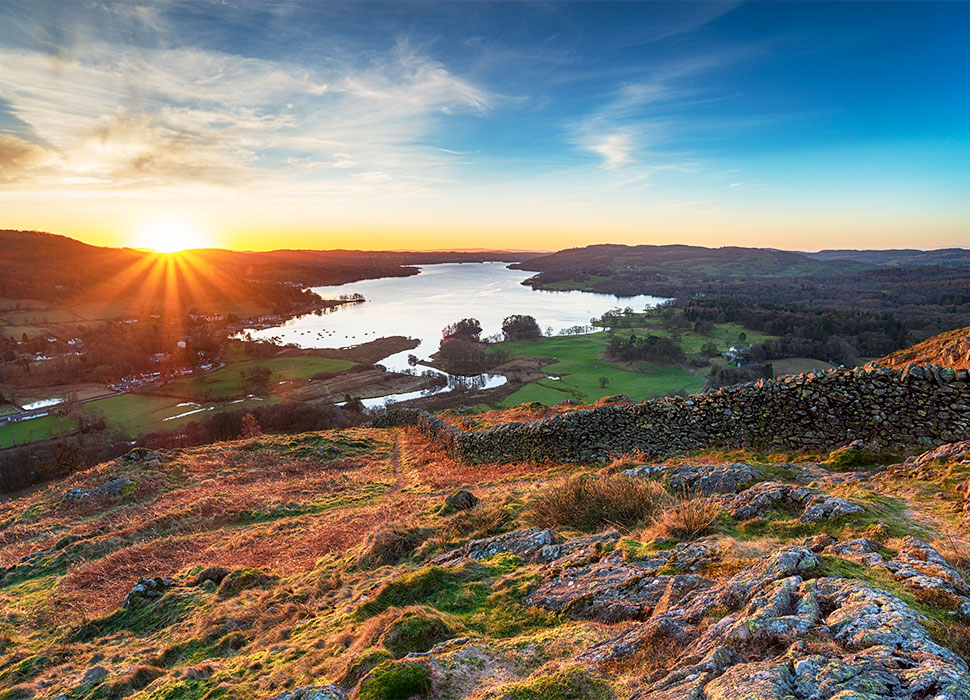 The largest lake in England, Windermere’s history dates back to the end of the last Ice Age, when it was formed by retreating glaciers. If that’s not a dramatic enough start to life, then ol’ Windy has been eulogised by everyone from William Wordsworth to Oscar Wilde in its time; a sure sign of an inspirational spot. Bowness-on-Windermere and Ambleside are your nearest towns for an overnight stopover, but make sure to pack your walking boots: whilst you can hire a boat to traverse the lake itself, you’d be remiss not to attempt one of the area’s scenic hiking paths. We’d recommend the Windermere west shore walk, which also takes in the gothic Wray Castle. 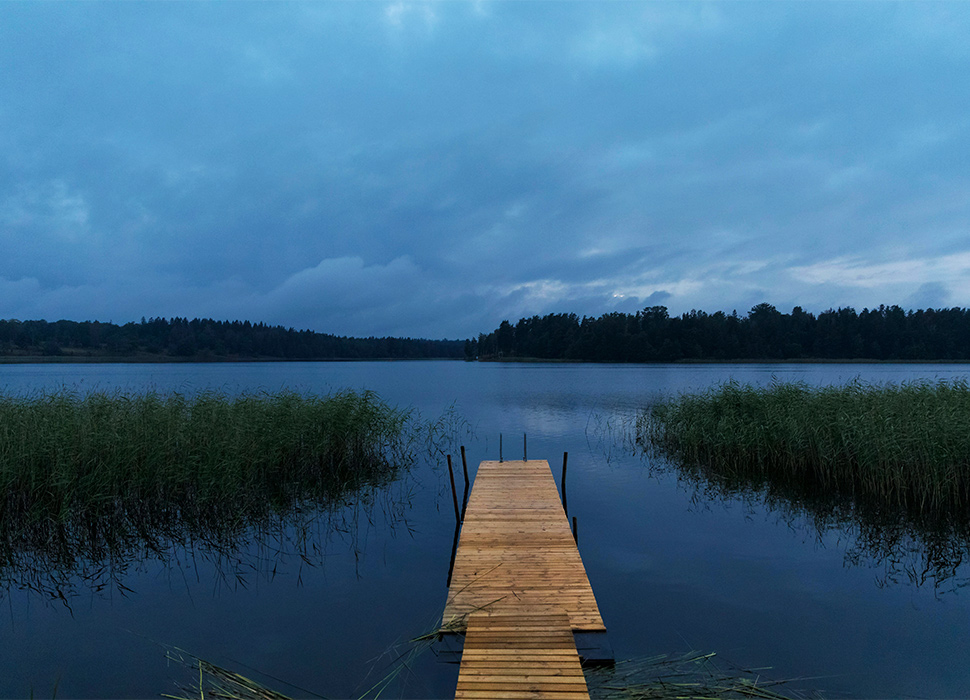 If relaxation and proximity to nature are both proven mood-boosters, then how’s about this for a next step: on the island of Henriksholm on Lake Animmen, you can stay in a specially created glass cabin that’s said to be so deeply zen-inducing, it will lower your blood pressure within 72 hours. A tranquil, rural retreat, it’s perhaps unsurprising that this particular body of water has such magical powers; nearby Lake Vänern might be worth a hop over to for its sheer vastness (it’s the largest lake in the EU, FYI), but Animmen is more about the quiet life. Fish, sail, or just be, and watch those health charts blossom. 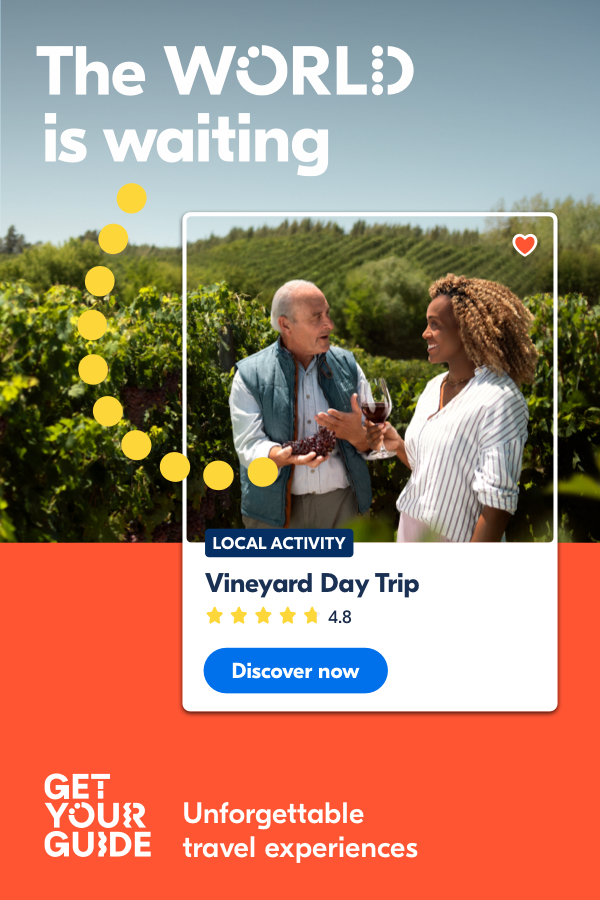