The sunny season's finally arrived, so you'll want to jam-pack your schedule. Luckily, we've got a run-through of the coolest events happening across the continent this summer

Now that Europe’s borders are open for business, you’re spoilt for choice when it comes to a summer getaway. However, if all the options are sending your previously-housebound brain into a tailspin, then let these summer cultural linchpins guide you towards your next holiday hotspot. Pick your persuasion, and build the rest of your trip around it. Easy!

Looking for fun but stuck in Blighty? Fear not: these are the coolest events happening in London this summer. 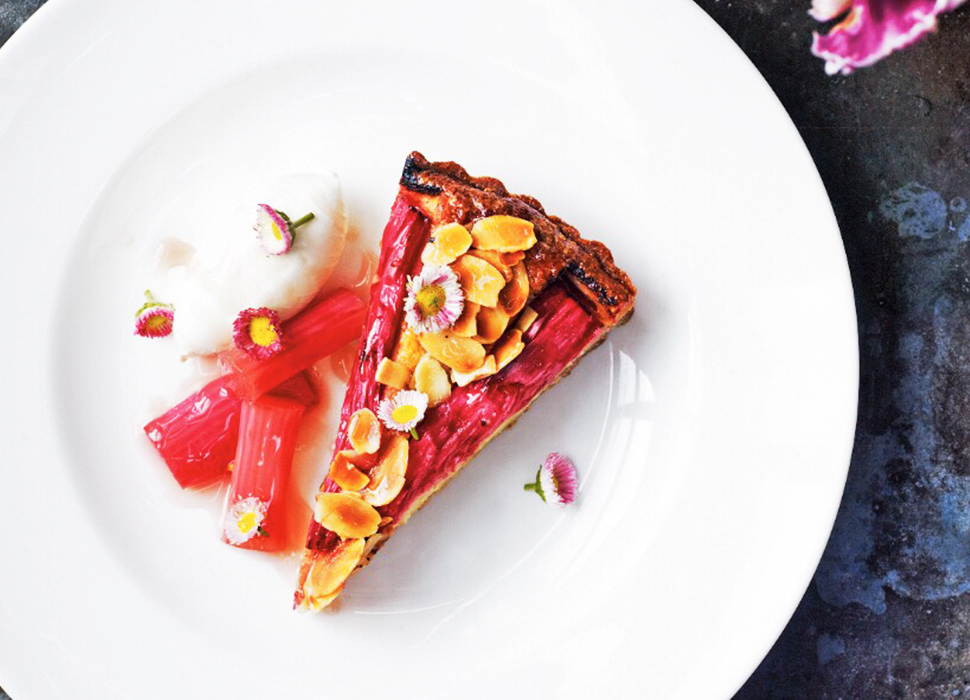 A delectable dessert by chef Ambra Papa, who'll be at The Gut in September

As far as weekends of 360-degree mind, body, soul and – most importantly – edible indulgence go, you’d be hard-pressed to find a more luxurious treat than these getaways care of The Gut. Heading to Il Casare Denali, a converted 15th-century Augustinian convent, you’ll feast on a candle-lit dinner, learn the secrets of local specialities from top chefs (check out just who, and when, on their site), exult in massages, yoga classes and take a dip in the spa. All of that still not enough? The grounds also double up as a flower farm, so you’ll even be able to craft your own bouquet to take home. Very very gut indeed. 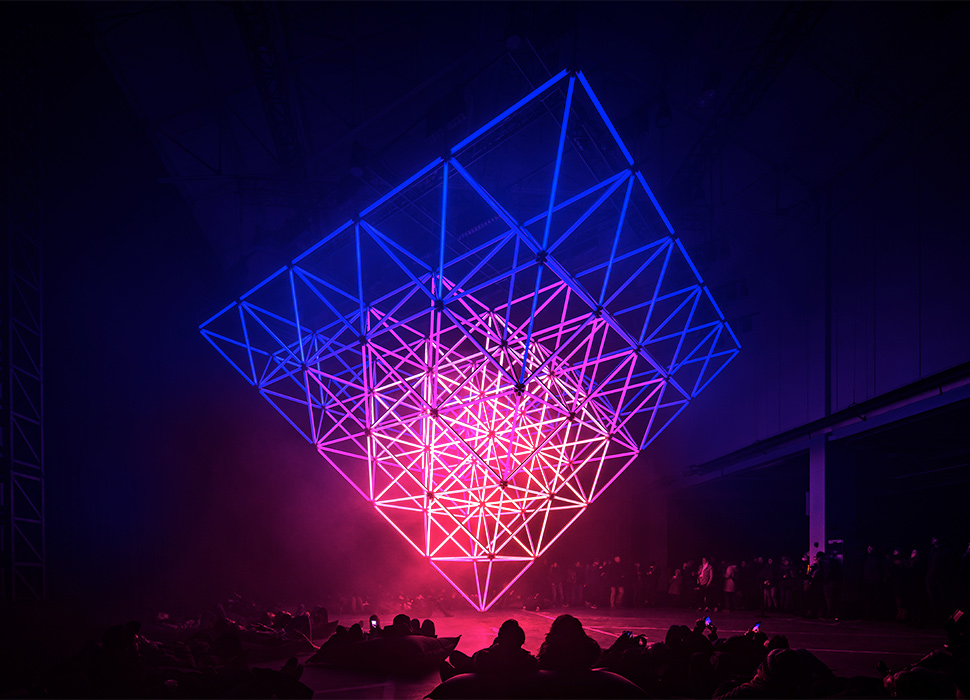 The latest exhibition to arrive at Berlin’s DARK MATTER space, SOMMERLIGHTS is part light installation, part immersive musical experience. Grab a drink and sit yourself under an enormous, illuminated inverted pyramid suspended from the heavens. With a curated electronic soundtrack to fully absorb you in the magic, it’s about the most Berlin way to spend a Berlin evening that you could hope for.

Landing on the more avant-garde end of Poland’s summer festival offerings, OFF boasts a line up of sonic innovators and agitators that stretch from musical stalwarts to the newest of the new. Heading up the bill this year is punk godfather Iggy Pop, with Riot Grrl icons Bikini Kill and pop groundbreaker Rina Sawayama in tow. Elsewhere over the weekend, catch the likes of Metronomy, Shygirl, The XX’s Romy, and Yves Tumour. What’s more, tickets for the three day event (5-7 August) come in at a very reasonable 419 PL, or roughly £78.

Running every Saturday from 11 June to 17 September, the Night Fountains Show will set the Palace of Versailles aglow, with beautiful illuminations and spectacular fireworks. Soundtracked by music from the time of Louis XIV for ultimate immersion, this is no Disney spectacular; instead, soak up the magic of one of French history’s most opulent spaces, and experience the majesty of this indulgent slice of aesthetic extravagance. 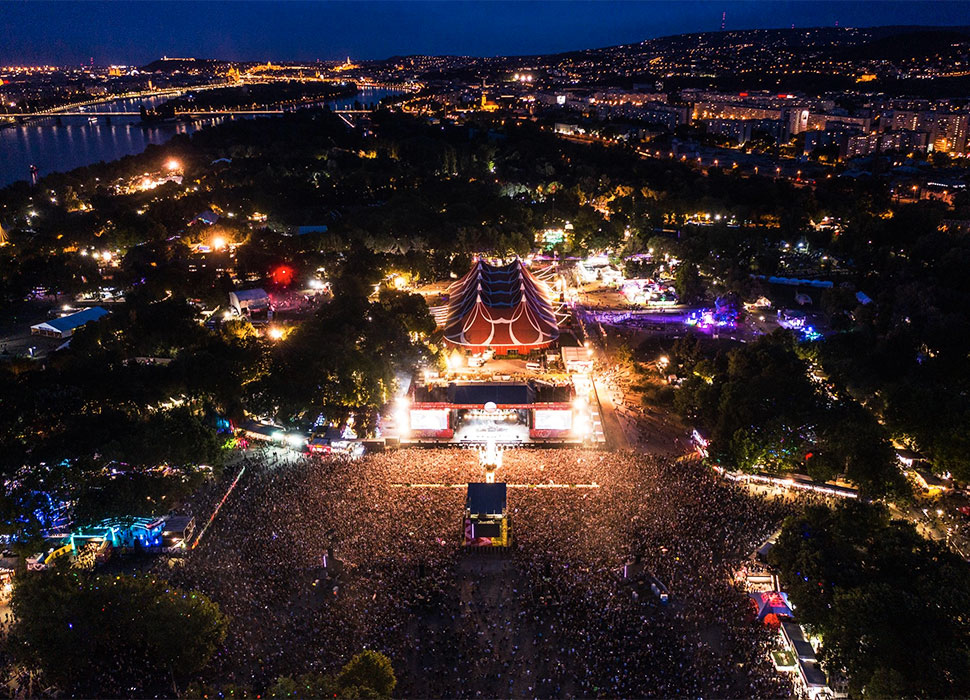 Located on the Hungarian island of Óbudai-sziget, floating upon the Danube, the titular Sziget festival is perhaps second only to Glastonbury in terms of its sheer vastness (266 acres!), massive capacity (95,000 people!) and volume of thrills. Musically, expect global big hitters, with the likes of Arctic Monkeys, Dua Lipa, Tame Impala and oodles more lining up for 2022. Elsewhere, explore circus performances, drag shows, a travelling funfair and more eye-popping activities than you can shake a bottle of pálinka at – it’s the Hungarian tipple of choice. 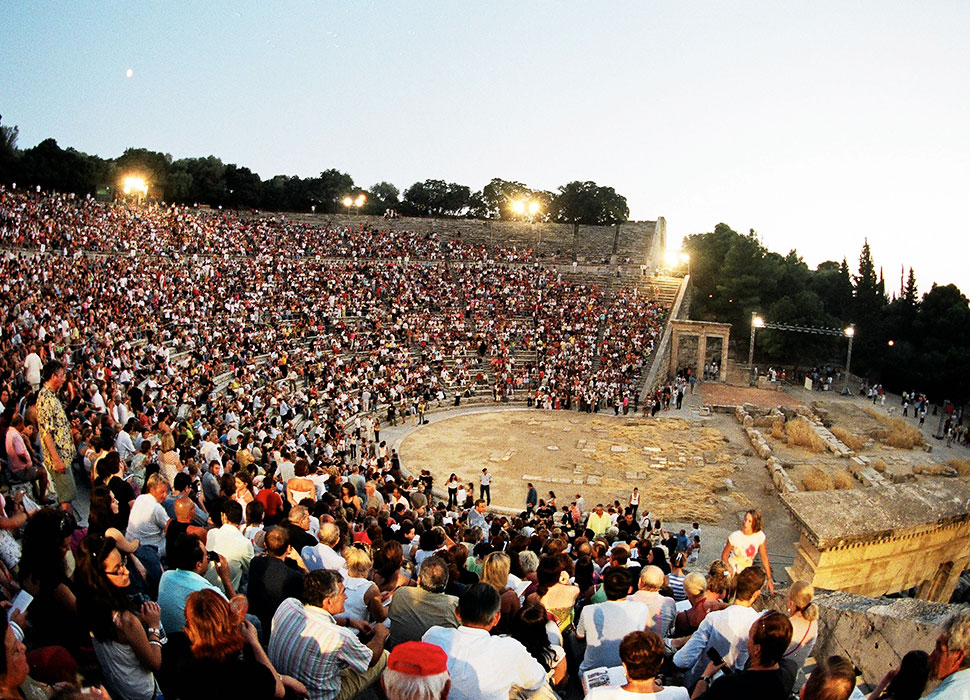 The show kicks off at the Ancient Theatre of Epidaurus / Image: Evi Fylaktou

A longstanding staple of Athens’ cultural calendar, the summer Epidaurus Festival combines stunning outdoor amphitheatre venues with both top-tier local and international performance. Over a three month period running from the end of May until 20 August, expect world class opera, dance, theatre and more, with highlights coming from the Greek National Opera’s closing run of Tosca and a one-off July show from electronic innovators Autechre – all in the sort of settings that make the Royal Albert Hall seem a bit middle of the road. 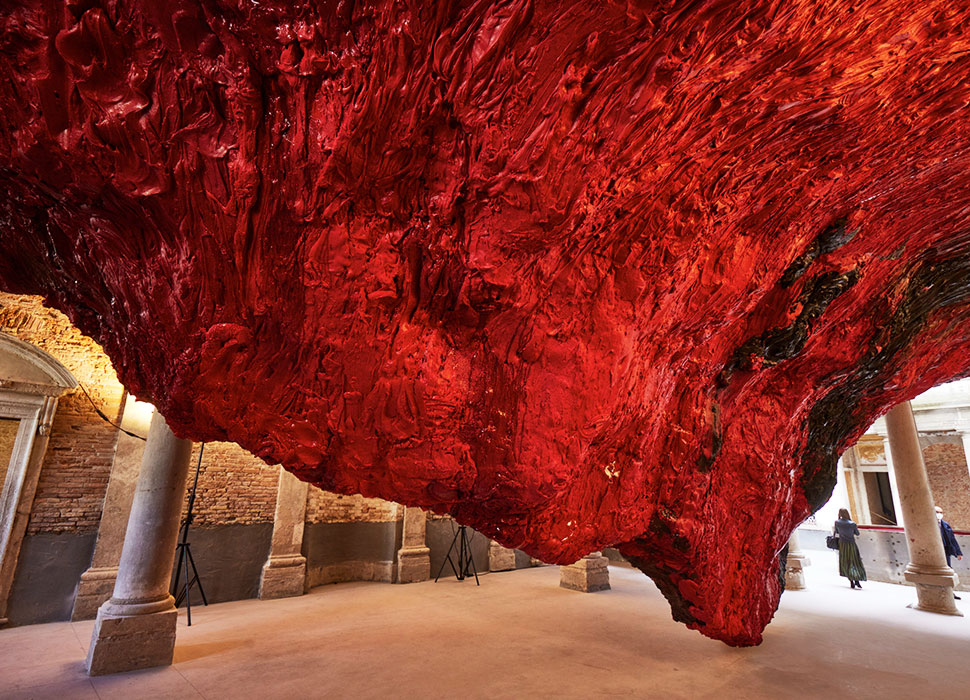 Encompassing not one, but two separate exhibitions (at the Gallerie dell’Accademia di Venezia and Palazzo Manfrin), this deep dive into Anish Kapoor's practice is the big daddy when it comes to the Turner Prize-winning sculptor’s work. Running until 9 October, the first venue will explore works using Vantablack, a nano-technology material that absorb more than 99.8% of visible light; while the latter will feature a specially-commissioned new piece entitled Mount Moriah at the Gate of the Ghetto among other treats. Double the bang for your buck. 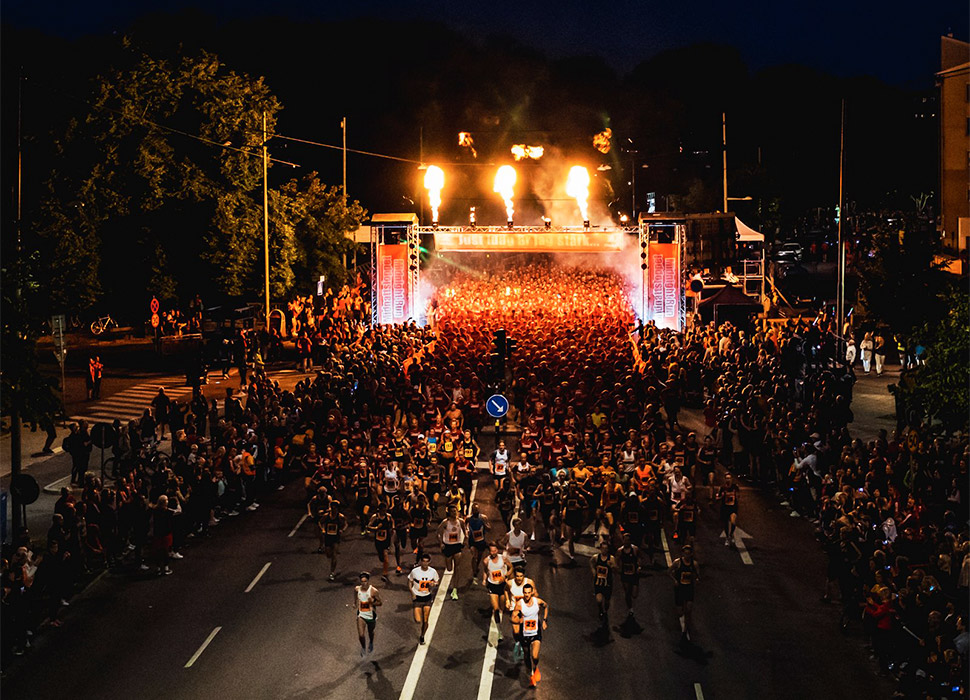 In some ways, Stockholm’s Midnight Run – taking place on 13 August – does what it says on the tin: it’s a 5km or 10km night-time race that kicks off at the witching hour. What the title doesn’t amp up, however, is the atmosphere. Promising a party vibe, and with the usual fancy dress element encouraged with a ‘best costume’ prize, this annual Nordic soirée makes for a unique way to experience the city by night – and you’ll end up with a much fresher head in the morning, to boot. 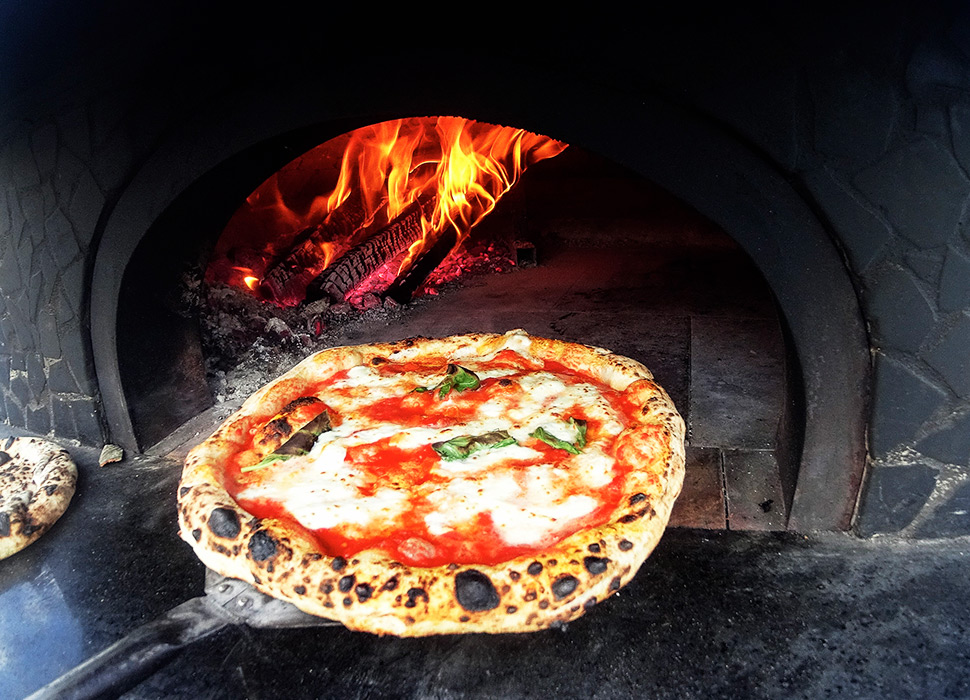 For lovers of everyone’s favourite circular, dough-based food of the gods, there’s no greater pilgrimage to be made than to Napoli’s Pizza Village, during which a 30,000 square metre stretch of Lungomare Caracciolo’s beach is transformed into a haven of cheese-topped goodness. On top of the copious pizza vendors, workshops and concerts also run during the event. Baking from 17-26 June, the decision to go is easy – the real work comes when you start having to choose your toppings.

Dinner in the Sky, Limberg 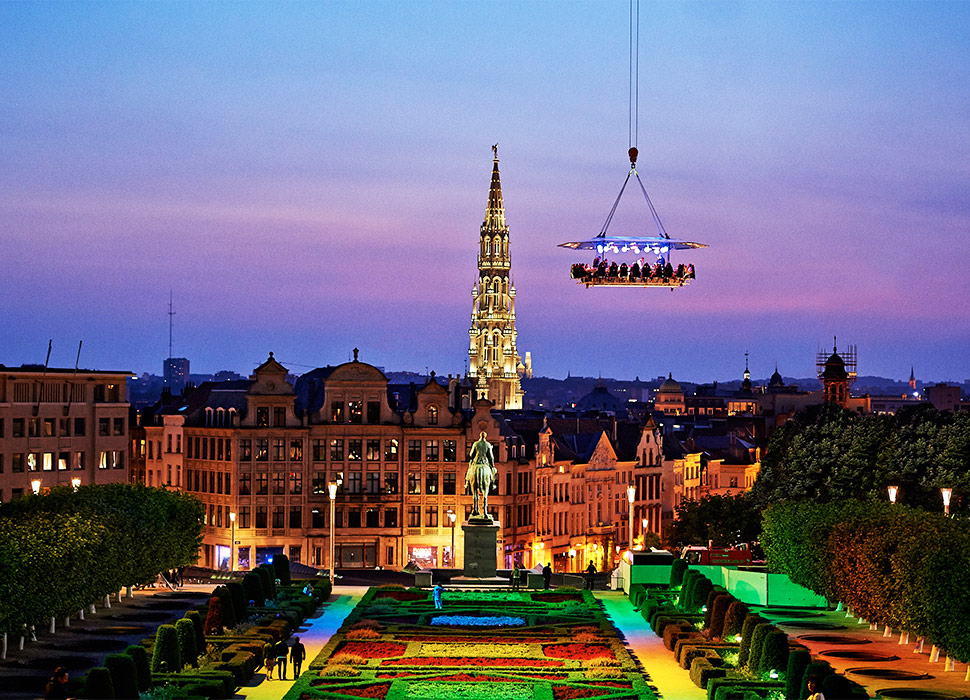 Dose of vertigo with your dinner? / Image: ©dinnerinthesky

Eating on boring old land with your feet on the ground? So passé. Add some thrill to your bill with Belgium’s aerial dining experience, Dinner in the Sky, where you’ll be hoisted up for a bird’s eye view of the city replete with a freshly-prepared five course menu (plus bubbles!) from some of the country’s leading chefs. Running from 5-11 September, they’ll also be rolling out a weekend-only Cocktails in the Sky experience, if you want to explore the full extent of the altitude-tipsiness ratio.