The best museum and gallery restaurants in Europe

Dining at cultural institutions needn’t involve chiller cabinet sandwiches and tea from an urn – especially if you’re visiting one of Europe’s best galleries or museums. From fashion-forward tasting menus and a cafe designed by Wes Anderson in Milan, to a Dutch masterpiece, and tapas at London’s Royal Academy, we’ve put together a selection of destination restaurants that are worth a visit in and of themselves – even before you get to the treasures surrounding them.

Townsend at The Whitechapel Gallery, London 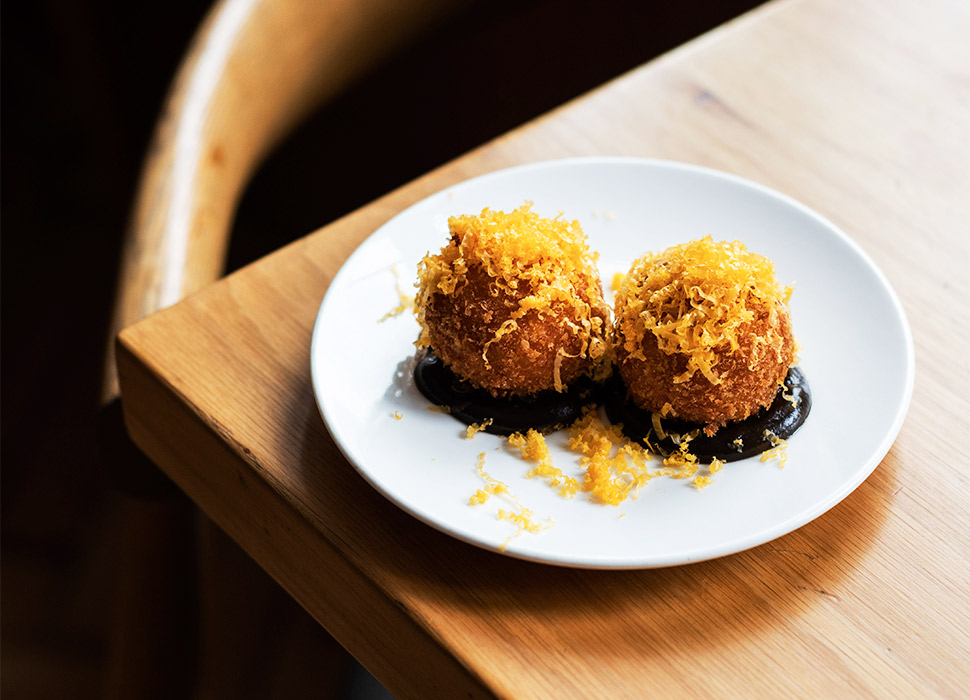 This handsome, warm-wood-filled and parquet-floored dining room isn’t just one of London’s best-looking museum and gallery restaurants – it’s one of the best looking, full stop. Just inside the entrance to The Whitechapel Gallery, Townsend is a restful haven from the bustle of east London, with a menu of seasonal, best-of-British dishes like Red Leicester croquettes with pickled walnut, and violet-dusted beignets with forced rhubarb and custard. The team behind it have a serious modern pedigree: director Nick Gilkinson hails from Lambeth’s stunning Garden Museum Café, while head chef Chris Shaw has stints at Petersham Nurseries and Bao Soho under his belt. At £24, the three-course weekday set lunch is a steal. 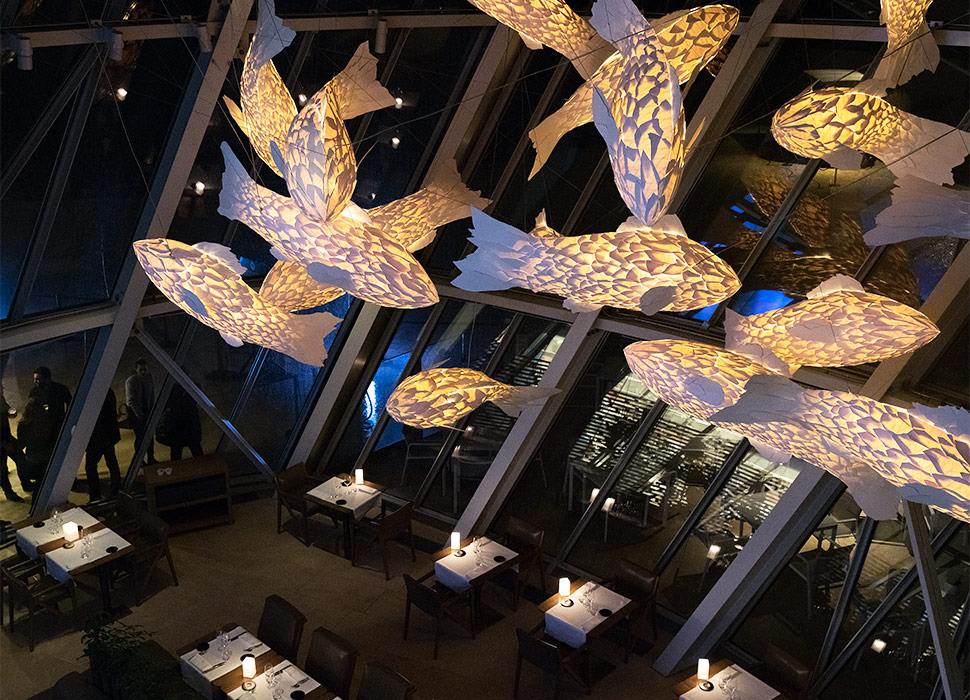 Michelin-starred chef Jean-Louis Nomicos is at the helm of this predictably stylish, futuristic venue within Paris’s Fondation Louis Vuitton, which houses contemporary and multi-disciplinary works. The room itself is a treat for the senses: lofty ceiling and full-height windows flood it with natural light, while Frank Gehry’s 2014 installation Fish Lamp is suspended from the rafters. The kitchen is skilful at putting twists on French classics: think mushroom velouté and cocoa nibs, or Caesar salad with caramelised chicken oysters. Le Frank is breakfast and lunch only, plus teatime patisserie, except for Fridays and Saturdays, when nightfall turns it into a twinkling intimate-feeling spot, perfect for a memorable meal a deux in the City of Love.

The Dining Hall at the Nationalmuseum, Stockholm 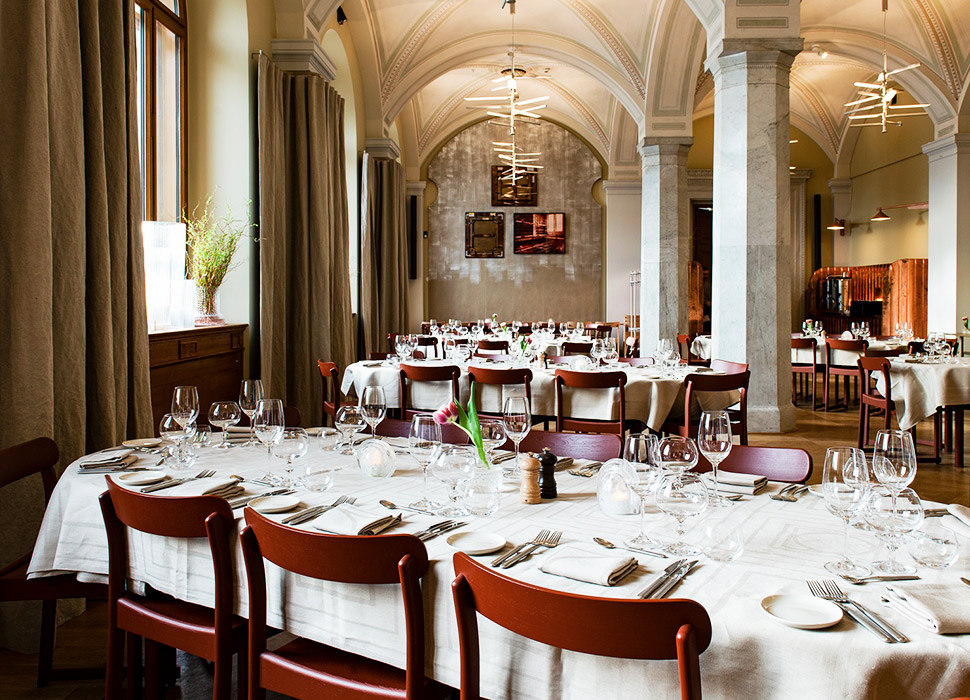 The Dining Hall at the Nationalmuseum

The Stockholm Nationalmuseum’s new restaurant feels like a comfortable, low-key stylish Scandinavian living room, but it’s also a collaboration between countless Swedish artisans. A host of designers, glassblowers, silversmiths, grinders, wood-carvers and more are responsible for everything from the pieces of furniture to the glasses. Chef Fredrik Eriksson uses ‘ingredients from the 55th to 69th latitude’ to create deceptively straightforward-seeming dishes that are deeply satisfying, like salted pork belly with parsley gravy, root vegetable purèe and mustard, and creamy fish casserole with saffron, garlic, croutons, parmesan and parsley. 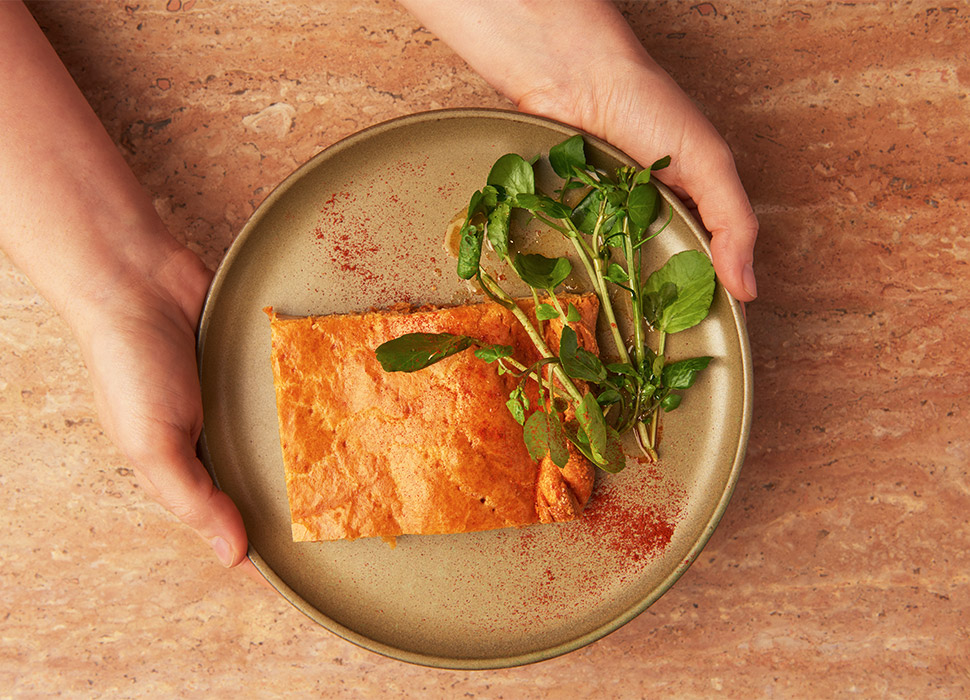 Spanish culinary legend José Pizarro’s beautifully composed plates are the perfect match for the Royal Academy’s exquisite, high-ceilinged Senate Room. After a morning perusing the collections, settle down here for a tapas lunch paired with a superb selection of sherries and Spanish wines. Baby gem salad with Idiazábal cheese dressing, hazelnuts and capers; oysters with green apple and cider vinegar; spicy prawn fritters with lemon aioli; slow-cooked chorizo in red wine with quince... the list of delights goes on. For something quicker and more casual – perhaps with small children in tow – the buzzy Poster Bar downstairs is also run by José Pizarro, with plenty of tortilla, pan con tomate, drinks and snacks. 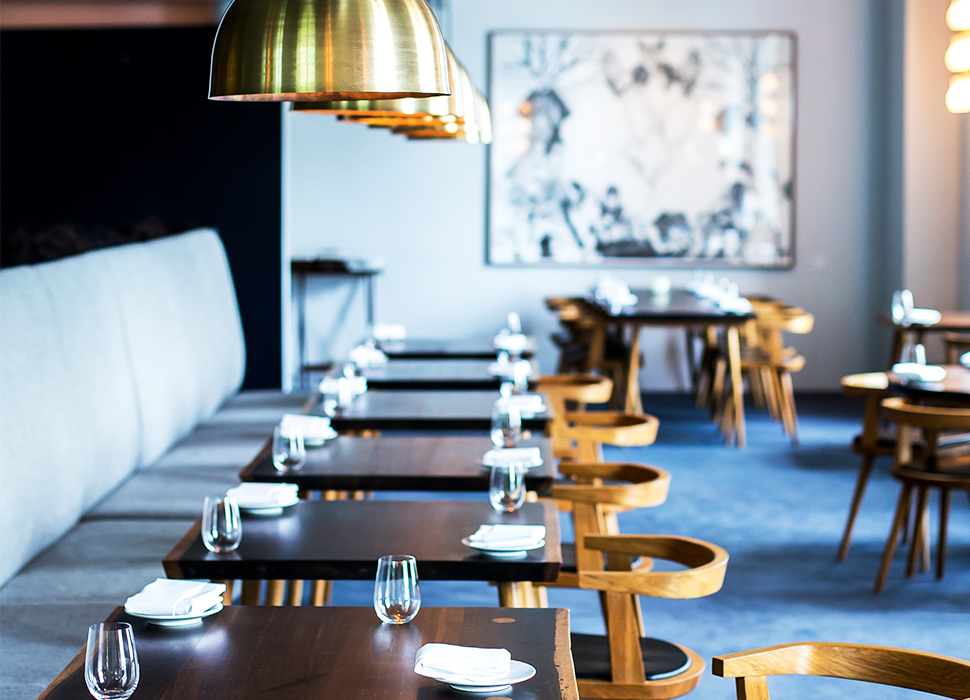 It’s easy to see why this restaurant in Bergen’s Kode 4 art museum is on the official list of the World’s 50 Best: with stunning design-led interiors, tasting menus that tell a story and views to die for, it ticks all the boxes. If you’re expecting straight down the line New Nordic cuisine, though, you might be surprised: head chef Christopher Haatuft spent time in the US cooking at Blue Hill at Stone Barns, which has resulted in an altogether more plentiful, playful way with the local ingredients. Traditional fish chowder is topped with leek oil, and the freshest, plumpest scallops are offset to perfection by pine buds, pickled rhubarb and black garlic. At the bar, Bergen microbreweries take centre stage, along with cocktails drawing on hyper-local, seasonal plants and herbs. 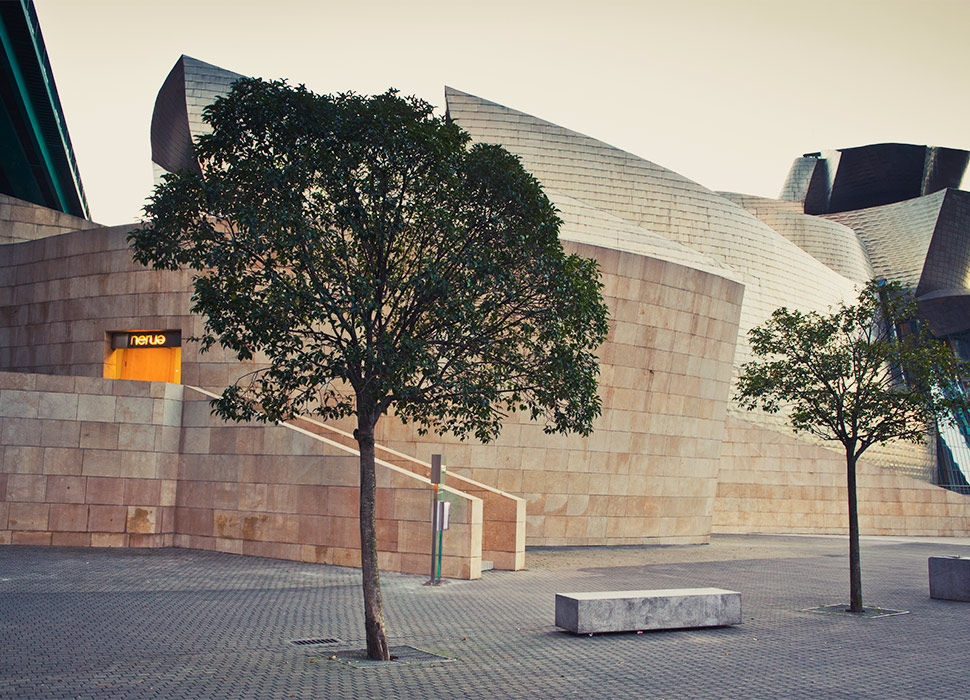 Nerua Guggenheim Bilbao feels like an extension of the museum itself. As you’d expect from a cultural landmark in the Basque Country’s largest city, seafood is the focus of the menu, along with the freshest seasonal vegetables – they’re put to inventive, utterly delicious use in dishes like smoked eel ravioli with beetroot and green apple, and sole with clam cream. Head chef Josean Alija is a master of flavour, and his knowledge has been hard won: following a motorcycle accident which left him in a coma, he had to teach himself how to taste again. 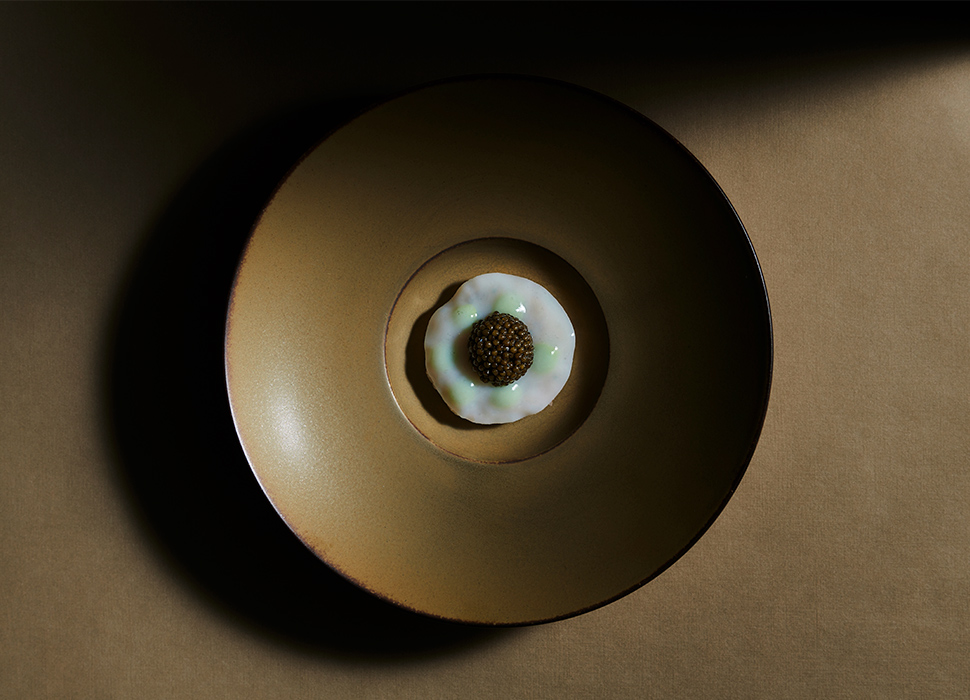 No visit to Amsterdam would be complete without a trip to the Rijksmuseum – and no trip there would be complete without a meal at Michelin-starred Rijks, which spotlights the cuisine of The Netherlands. Ingredients grown and reared on Dutch soil are the focus (river perch, cheeses from Fromagerie Kef, Anna Dutch caviar, lobster from Holland), along with the global flavours and techniques that have found their way into the national repertoire thanks to The Netherlands’ history as a trading nation. The space is a stunning symphony of marble and glass, with lighting straight out of a Vermeer painting, and head chef Joris Bijdendijk’s young, dynamic team really bring it to life. 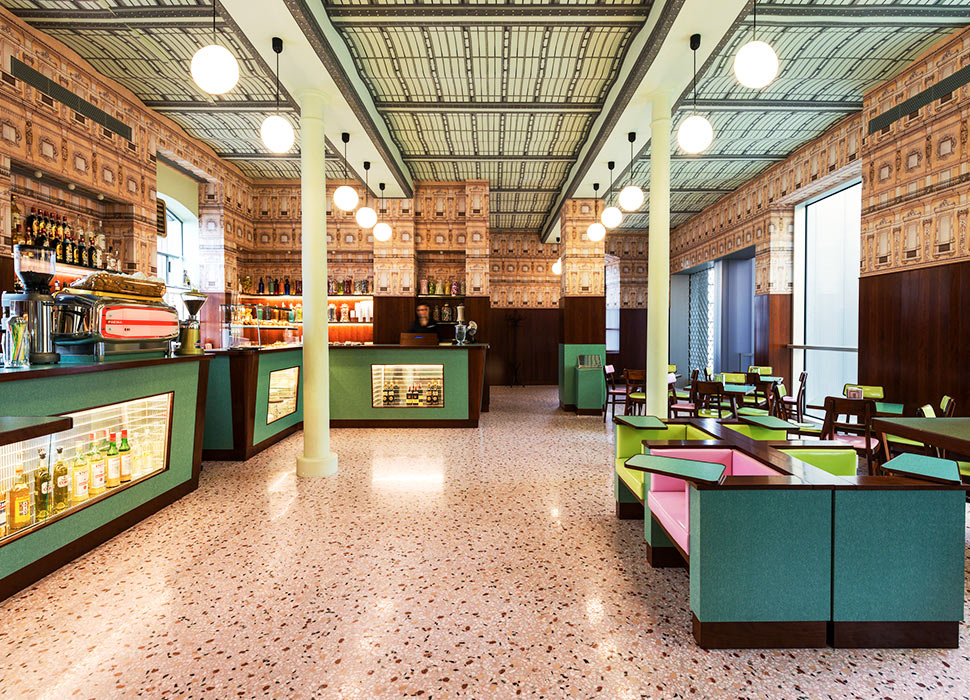 If you’re thinking this exquisite 1950s-styled space in Milan’s Fondazione Prada looks like something from a Wes Anderson film, you’re absolutely spot on – the director himself designed it in 2015. The Fondazione Prada itself is dedicated to contemporary art and culture, so it’s a perfect – and pleasingly meta – match. With its pastel panelling, formica furniture, arched ceiling and decorations drawing on those in Milan's iconic Galleria Vittorio Emanuele II, no detail has been overlooked, or expense spared. The food, which is classic Milanese café fare, is dainty and beautifully displayed: think cream-puff pastries, retro sweets in big glass jars and, of course, cappuccinos. 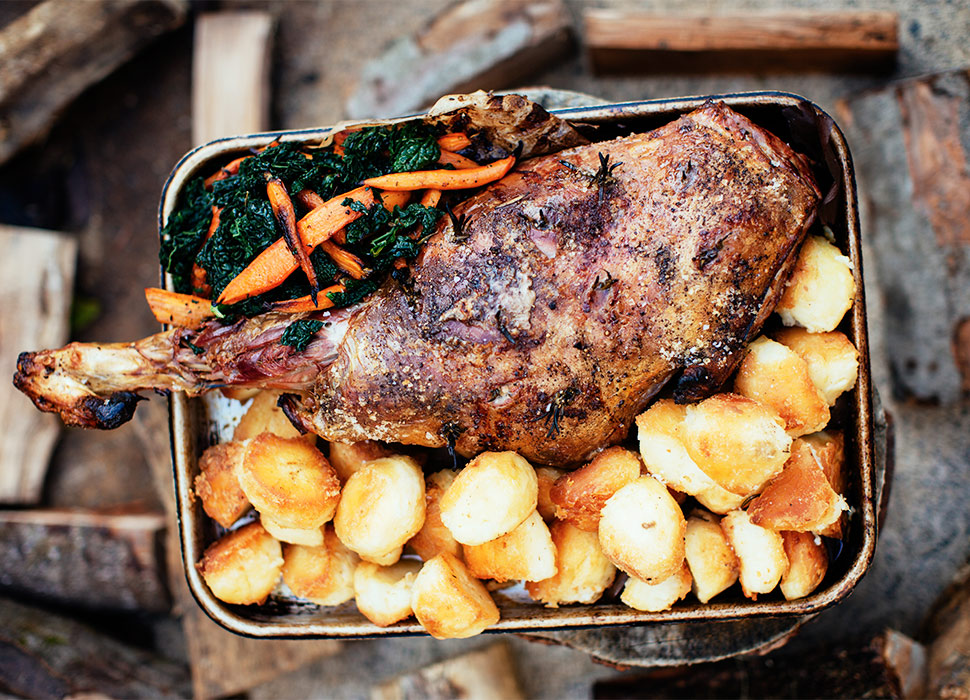 Not a bad Sunday lunch at Roth Bar & Grill

Somerset has a strong claim to being England’s coolest county, in large part thanks to Hauser & Wirth, the international gallery which has an outpost set in lush gardens on the outskirts of beautiful Bruton, near Bristol. The patrons might be mostly well-heeled London weekenders, but Roth Bar & Grill is a convivially casual, all-day affair, with a seasonal menu drawing heavily on produce grown metres away from the kitchen and a superb, belt-busting Sunday lunch. Beef aged in the salt-room is a must-try: the cows are all reared on neighbouring Durslade Farm and butchered on site.

Florence, the birthplace of the House of Gucci, is home to the Museo Gucci, or Gucci Garden, a museum-slash-creative space in the Piazza Signoria telling the story of the label. On the ground floor of this three-storey kaleidoscopic dreamscape, Massimo Bottura presides over the Gucci Osteria, a restaurant painted in the iconic Gucci green. Head chef Karime Lopez’s food is, as you’d expect, as visually arresting as it is delicious, with a menu where Italy meets Mexico (marinated bonito with purple corn tostada, a hint of spice and citrus; ditalini and squid broth). Moving from the ravishing displays upstairs to the tasting menu down here feels like a seamless style journey. 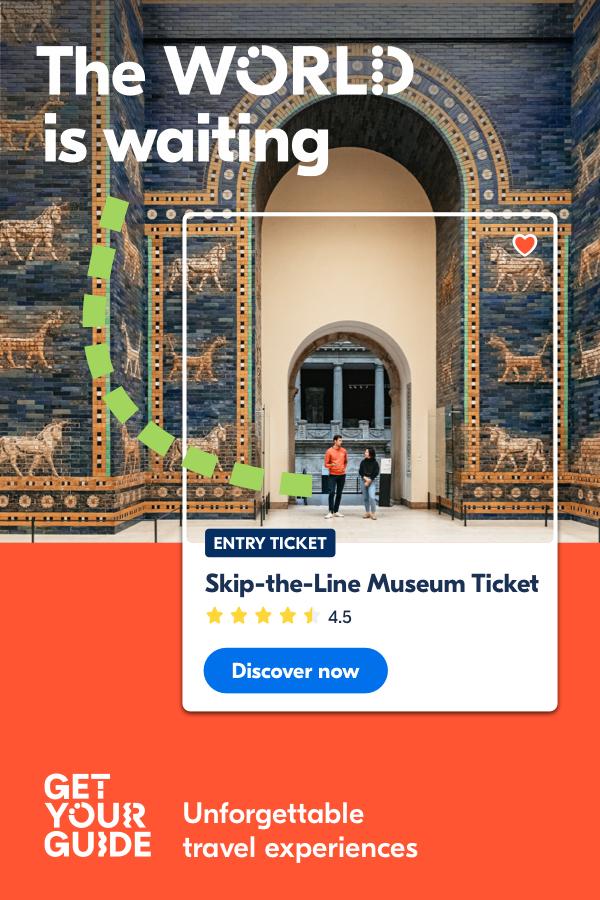