The world's smallest bicycle on a needle at Prague’s Museum of Miniatures / Image: Ignat Kinol

The most weird and wonderful museums in Europe

From psychedelic art dens and Nordic necropants to a German swine shrine and temples to teeny-tiny things, these are the most unusual museums in Europe

The world's smallest bicycle on a needle at Prague’s Museum of Miniatures / Image: Ignat Kinol

Culture comes in many forms. Sometimes, it can mean musing appreciatively at the works of great masters. Sometimes, it can involve a piece of life-changing theatre or music – a moment that will irrevocably alter your soul forevermore. And sometimes, when you’ve exhausted all that stuff, it can just mean wandering through 800 square metres of floor space dedicated entirely to the history of pigs.

If the latter floats your boat (or snuffles your snout), then this one’s for you: 10 of Europe’s strangest archives, all chock-a-block with the kind of trivia you never knew you needed.

There's more where this came from. Head to Split in Croatia to marvel at its amphibian Froggyland museum; or, if you like your weirdness a bit more natural, check out these five alien landscapes on Lanzarote.

For most people, these chipper plastic dolls are largely a childhood concern. For glorious pensioner Lene Darlie Pedersen, however, they’re the passion of a lifetime. With over 3,000 dolls collected from the 1950s to the early 2000s, her Barbie Museum – available to visit by appointment only – makes for a comprehensive love letter to Ken’s one true squeeze. It's a hidden treasure down a quaint Copenhagen street and, what’s more, tickets to peruse the pink plastic paradise are only 30 DKK (that’s just under £3.50). 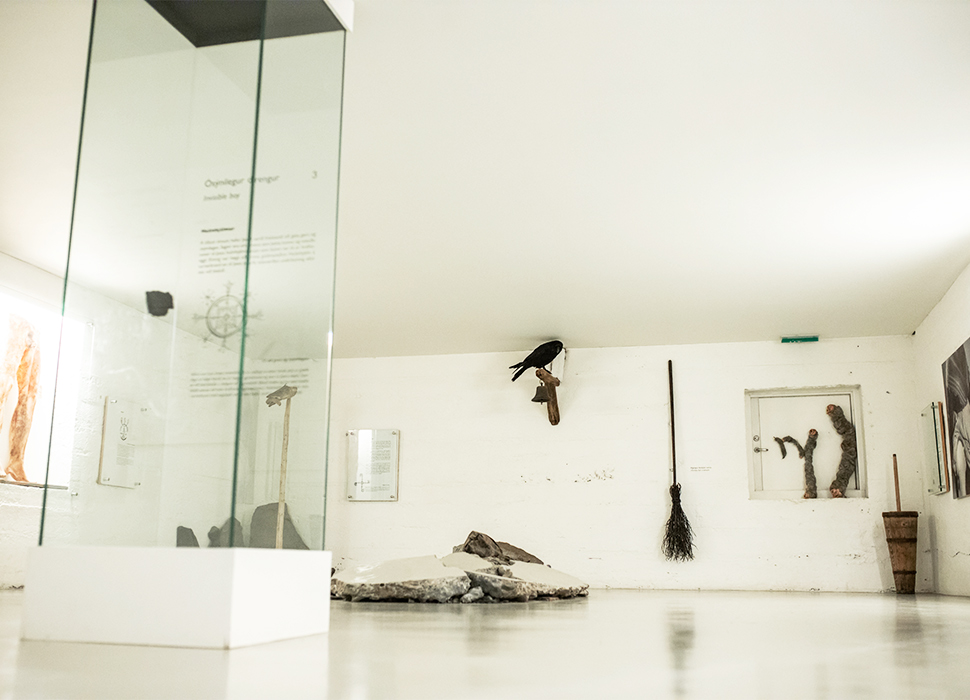 This museum might look minimalist, but it's truly macabre in practice / Image: Amy Haslehurst

Iceland’s elfin traditions might seem harmless these days, but 17th-century Strandir – on the eastern coast of the Westfjords – was home to a much darker kind of magic. It’s this region's tales of witch hunts and sacrifices that the museum aims to illuminate, via some reproduced artefacts that you might want to keep an empty stomach for. Case in point, their famed necropants: essentially, a pair of hairy leggings made from human skin that were said to bring the wearer ultimate wealth. 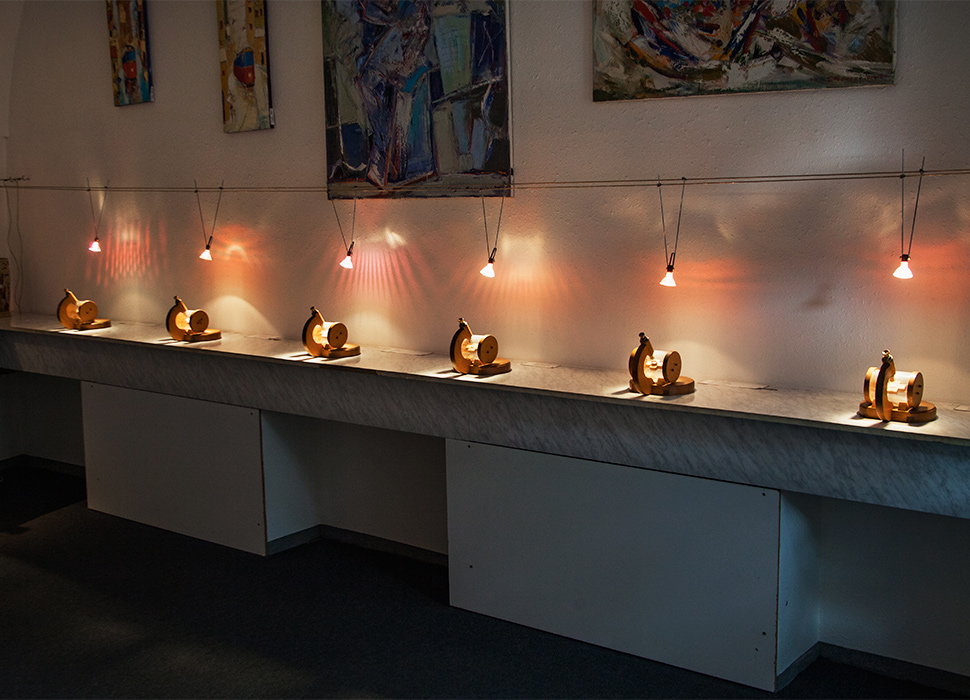 The clue's in the name here, but we’re not just talking cutesy pocket-sized novelties; these are ludicrously intricate works, featuring entire scenes cast within the eye of a needle, or a completely detail-perfect rendering of a bike that measures a mere 1.2mm long. If you’ve got a mate who’s prone to scoffing that ‘they could do that’ in a gallery, take them here: they most definitely could not do this. 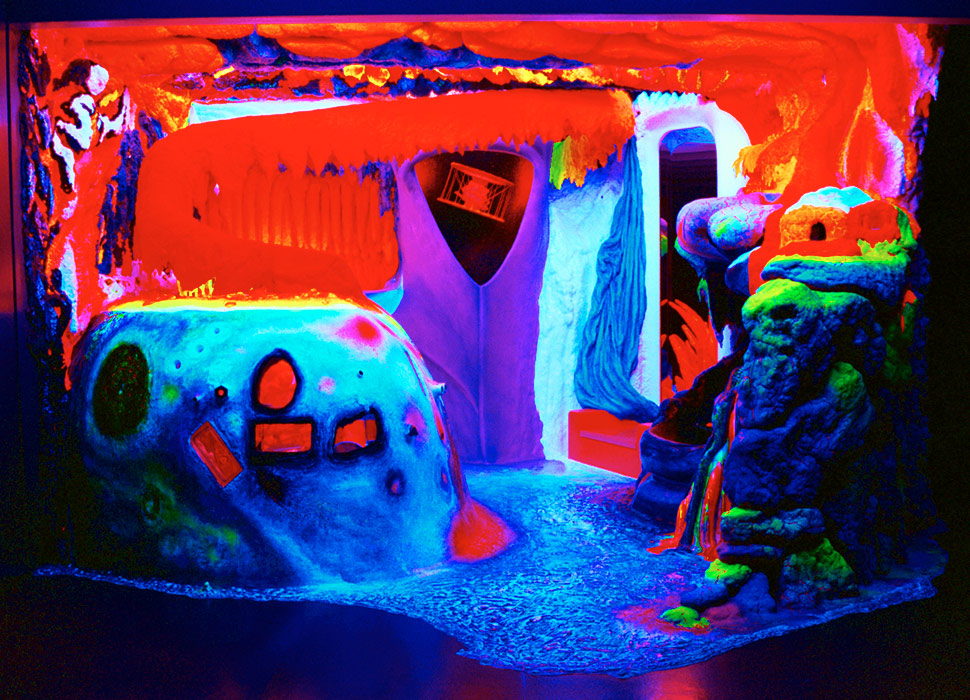 Trust broad-minded Amsterdam to be home to a museum that makes you feel like you’re having an out-of-body psychedelic experience. The brainchild of artist Nick Padalino, Electric Ladyland is an immersive paean to the trippy magic of fluorescent light. Descend into the basement installation and explore the technicolour, acid space. There’s some science to learn, too, with displays featuring naturally reactive rocks and the history of black lights. Book in advance by appointment. 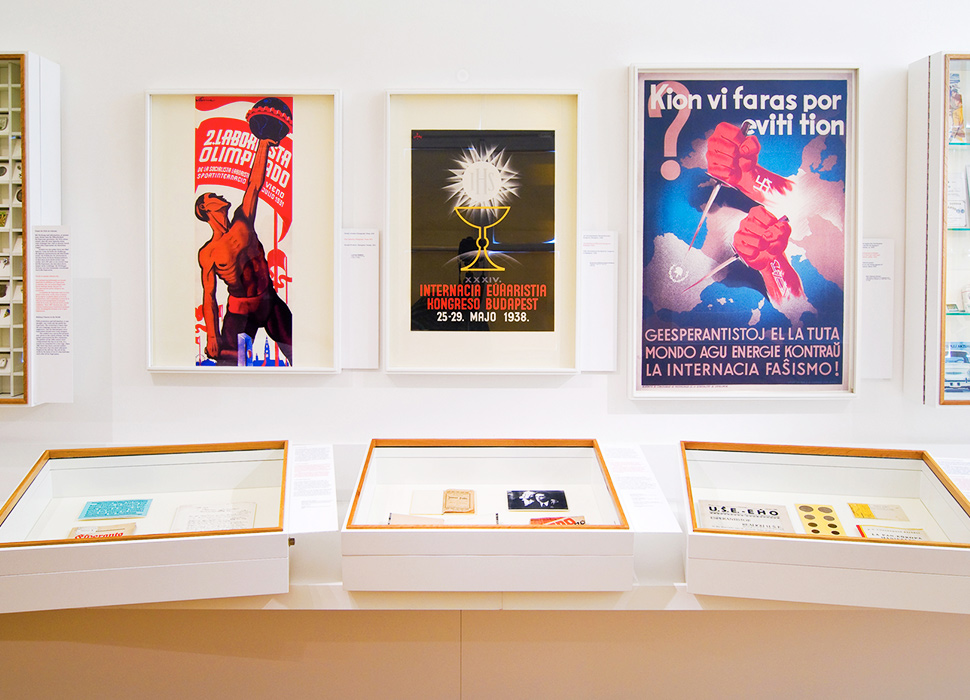 A host of wholly intelligible (to some) Esperanto posters and books / Image: © Austrian National Library

The most widely spoken artificial language in the world, but with no geographical base to naturally call its own (it was invented in 1887 as an international form of communication), Esperanto is both everywhere and nowhere. It’s been embraced and suppressed throughout its history, and this dedicated resource has everything you need to know – both about the ups and downs of Esperanto itself, and the intriguing world of planned languages as a whole (yes, that includes Klingon). 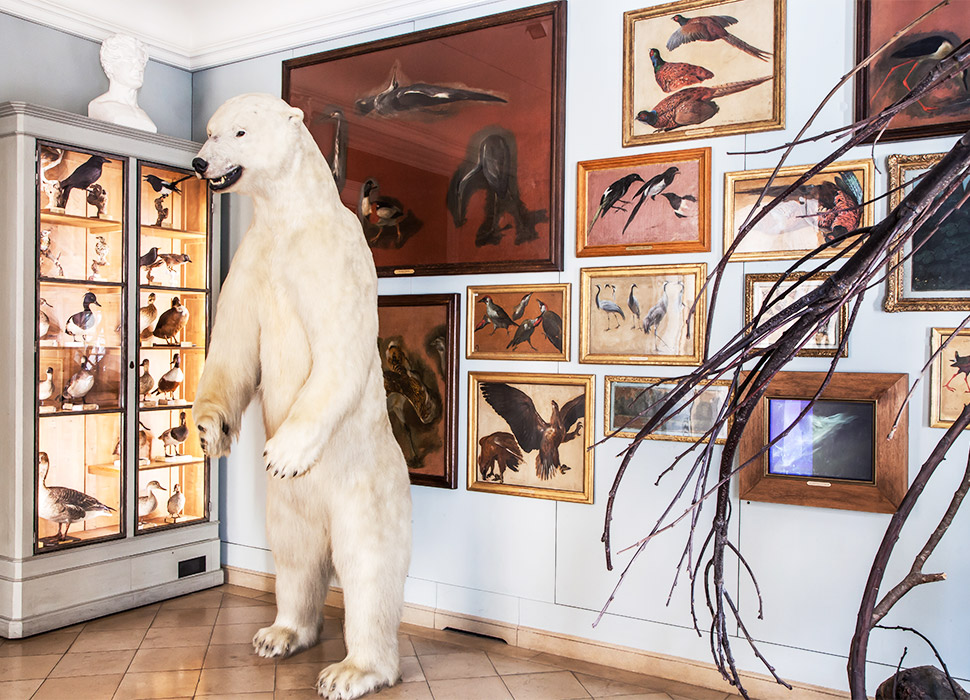 Paris’s museum of hunting and nature takes a holistic approach to a contentious practice. Yes, there’s an impressive array of taxidermy as you might expect in such an establishment, but the museum – founded in 1967 and recently expanded – also advocates for respectful hunting practices, focusing on “the relationship between man and the living, favouring an artistic and emotional approach”. With sculptures, tapestries and ceramics augmenting the more grizzly aspects, it’s a smart way of looking at a polarising idea. 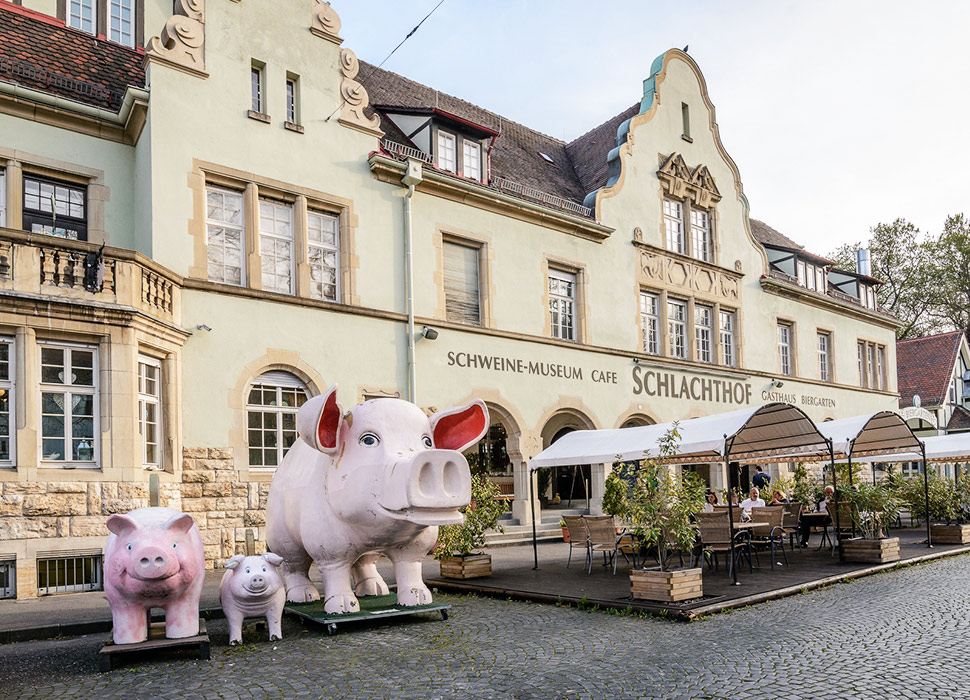 With a whopping 50,000 exhibits celebrating the pig in all its forms, you can be as greedy as the protagonist in question at this Stuttgart swine shrine. From the more serious slaughterhouse history of the venue, to some altogether more endearing displays (soft toy piggie mountain, anyone?) and some genuinely terrifying masks, there’s literally everything here for a pig fan to fill their trough with – including a dedicated pork-themed restaurant, if you can stomach it after so much porcine love. 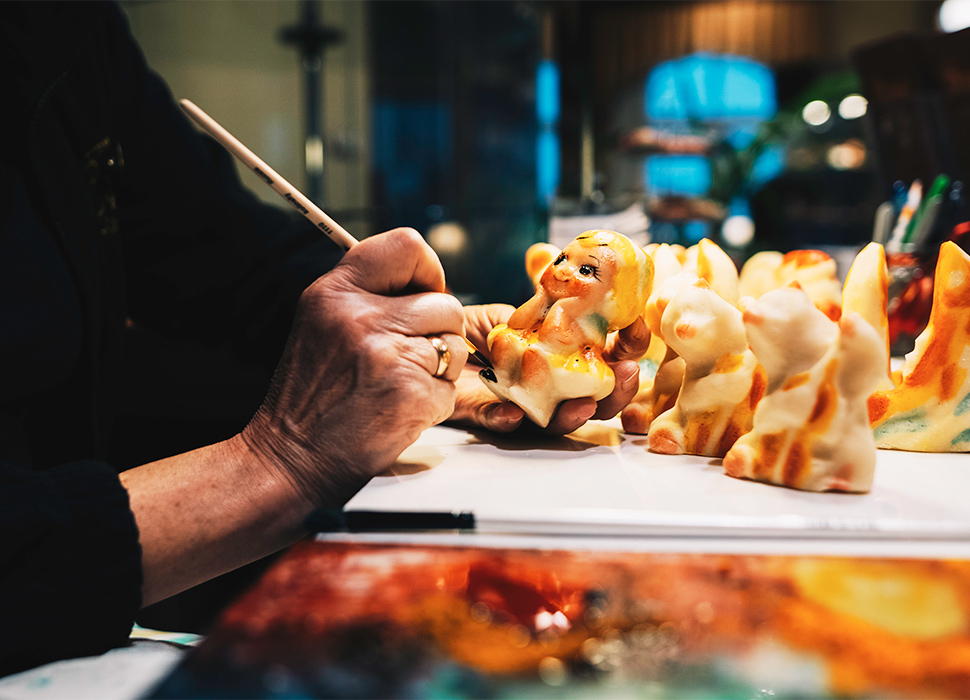 A-marzing bits and pieces at this edible institution

Did you know that, in the Middle Ages, an early form of marzipan was used as a medicine? Boost your almond-themed pub quiz knowledge with a visit to Tallinn’s Marzipan Museum Room, which also features display cases of delicately crafted edible figurines and a resident marzi-maker, who’ll paint you a personalised piece of your own design. You might not want to spend a whole day here, but it’s a free-entry sweet treat worth popping your head in for. 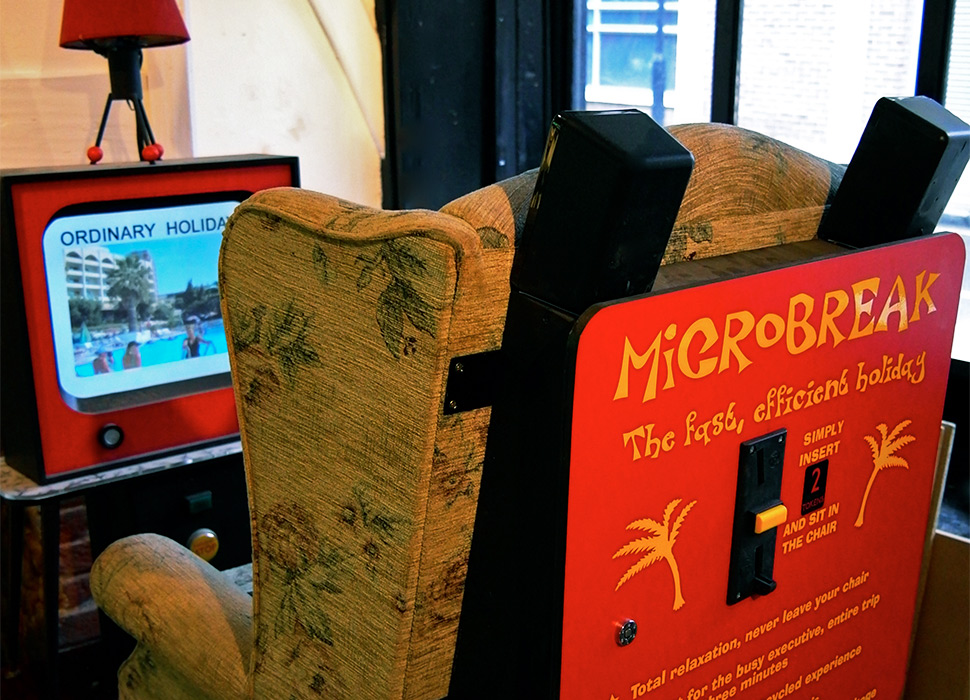 Arcade games – but not as you know them

You’ve probably tried your hand at a one-armed bandit or the almost-impossible claw crane, but no amount of arcade experience can prepare you for the brilliantly bonkers collection of satirical games on display at artist/engineer Tim Hunkin's Novelty Automation. Want to get airport-style frisked by a pair of rubber hands? Receive some love advice from Barry White? Have a lizard-tongued Nicholas Serota deem anything you put in front of him 'art' or not? Indulge in some light money laundering? There’s a machine for all of that (and way more). 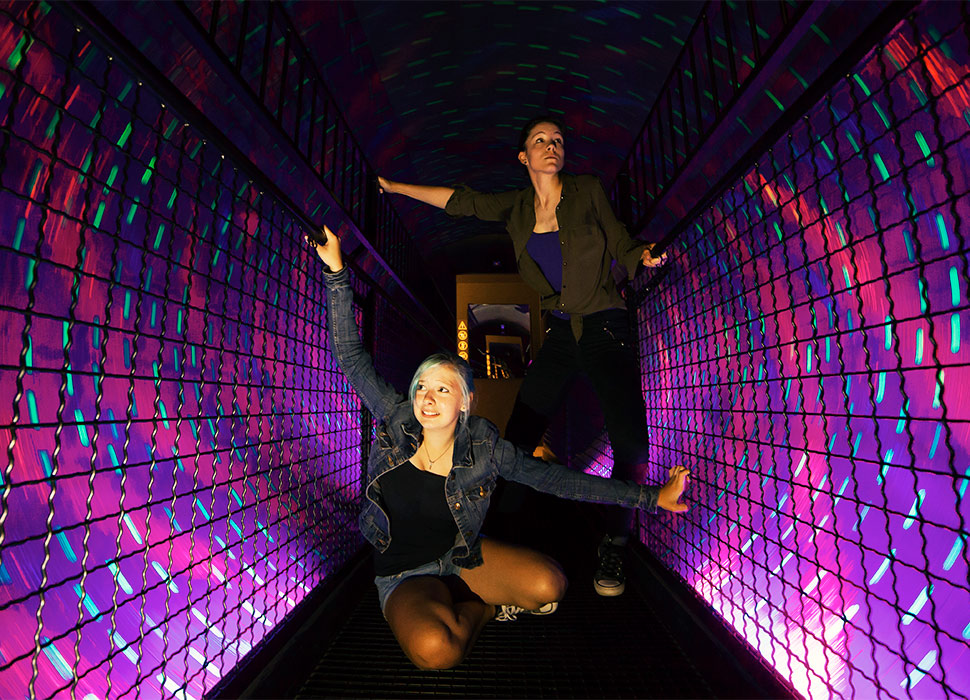 Time to get swivel-eyed in The Vortex

Optical illusions and tricks of the eye are the order of the day at this Slovenian haunt. Warping your perspective in rooms such as the Vortex Tunnel (things get disorientating), the Ames Room (things get smaller) and the Upside Down Room (things get… you can guess that one), you’ll want to keep your camera close to hand to capture the clever sensory deceptions on offer. Because nothing will remind you of a holiday well spent more than a souvenir snap of your ‘head on a plate’.