Yup, it's that time of year again – where we reveal our esteemed travel awards for the year ahead. Open up those booking windows, because these are the amazing trips you'll want to take in 2022

All right all right – we know as well as you that 2021 was a trying year. And that's putting it lightly. But we must look to the future – and that means opening our eyes and minds to some of the most weird, wonderful and downright delicious trips eeking over the horizon for 2022.

Luckily for you, we've trawled our network to find the best travel experiences for this year – and a grandiose grab-bag it is. We've got lofty gastronomic treehouses and even loftier goats. Mindbending modern art and subterranean historical marvels. Hyper-ethical ice creams, mountaintop design refuges and much more. They've all been picked by the editors and expert writers here at easyJet Traveller – so best get booking, eh?

Done it all? Sounds spurious, but if you need yet MORE inspo – these were the most incredible travel experiences of 2021. 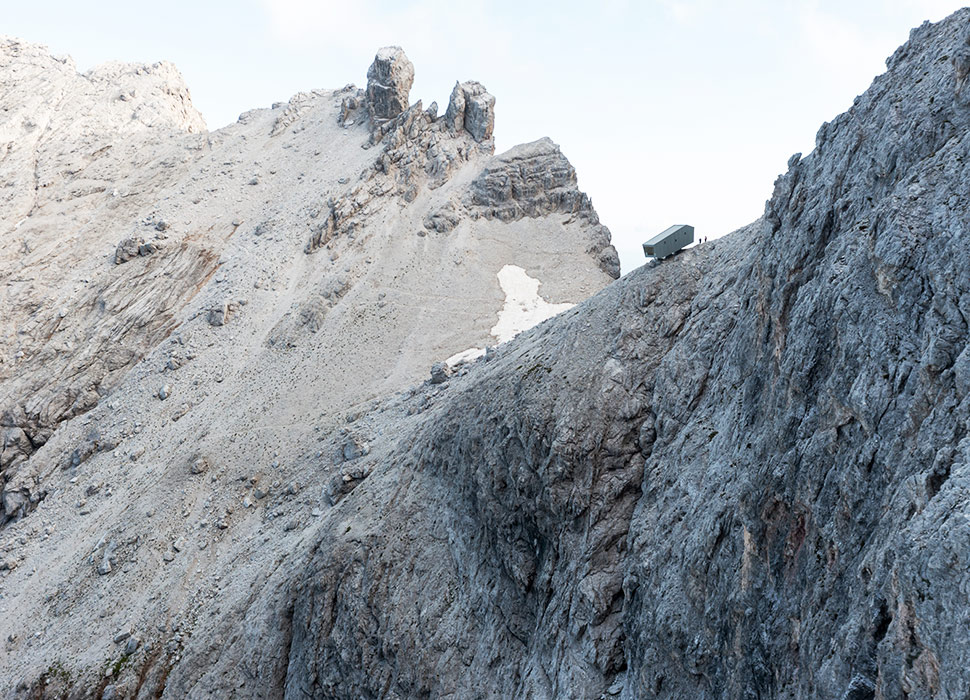 Okay, so staggeringly situated mountain huts are nothing new, but we’ve not seen one like this before. This zinc-clad wooden cabin was designed on a downwards slope, with a floor-to-ceiling window replacing its nether wall, so you constantly feel like it might tip off the precipice and careen down into the abyss below at any moment. Fun, right? If you’re too scared to sleep in there, don’t worry – there’s enough bunk beds to accommodate 12 people, so you can climb in with one of your more courageous pals for a comforting night-time cuddle.

Club Alpino Italiano commissioned Treviso-based architecture firm Demogo to imagine up this free emergency shelter for those hiking along the Forcella Marmarole pass. Once devised, the cabin took almost three years to be constructed, since it had to be airlifted by helicopter, piece by piece, to its 2,667m-high location.

On the craggy cliffs of the Marmarole mountain range in Northern Italy’s Dolomites (around a 2.5-hour drive from Venice). You have to complete a challenging five-hour hike to get there, but it’s worth it. 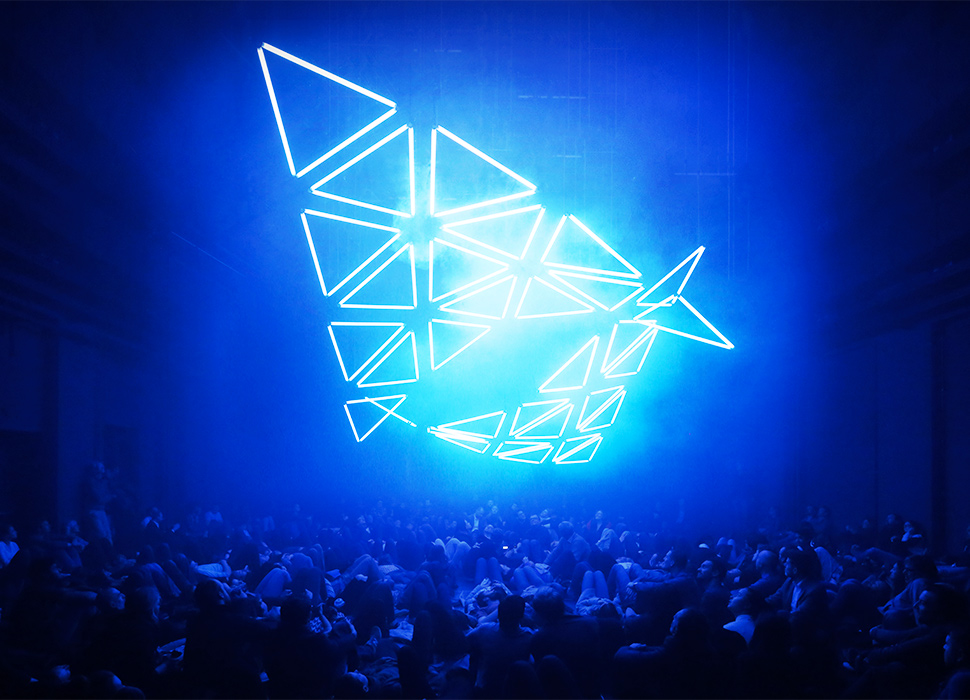 'Grid' is one of the hottest installations at Berlin's Dark Matter / Image: WHITEvoid

High-BPM-heads come to Berlin looking for total obliteration – but, thankfully, you can reach ego death without suffering the humiliation of the Berghain queue at Dark Matter, a permanent exhibition of brain-scrambling proportions. This immersive world synthesises light, sounds, and space to extraordinary effect, blurring boundaries between the real and digital, and opening a portal to another dimension.

This out-there art experiment is the result of a collaboration between interior architect and artist Christopher Bauder, and futurist art and design studio WHITEvoid. The exhibition presents several of Bauder’s most famous works, elevated by WHITEvoid’s clever innovations in sound and light. 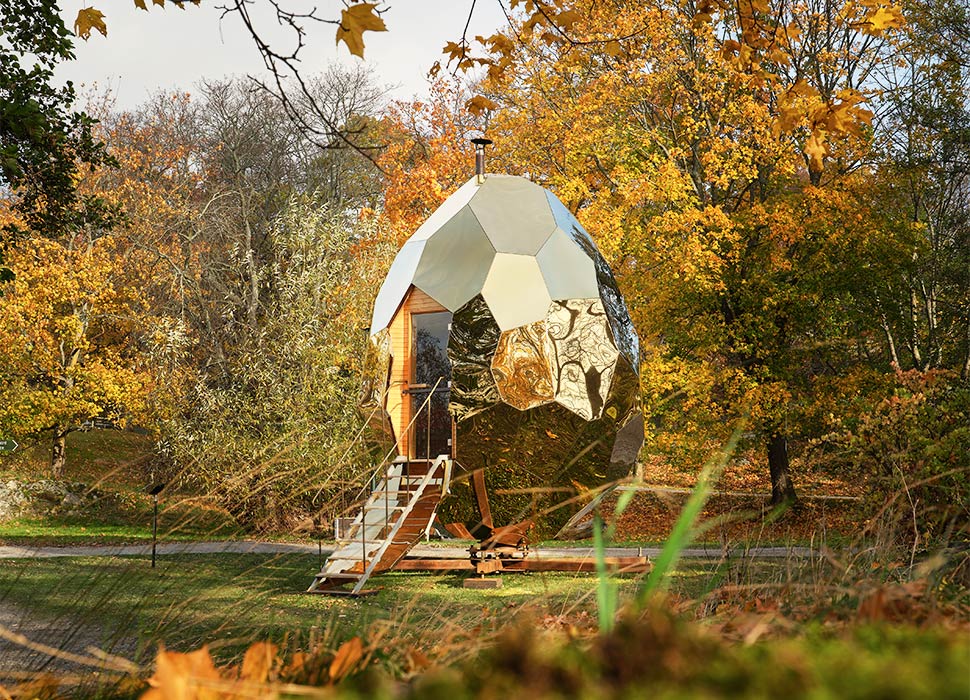 The world’s best schvitz? It’s this giant egg in the middle of Stockholm. The brainchild of a Swedish artist duo, this experimental sweat box first showed up in the remote town of Kiruna as a community project meant to encourage mid-sesh chitchat. Now, after a world tour that included stops in Paris and Copenhagen, their little egg-vention is setting up shop on the ground of the sea-fronted Prins Eugens Waldemarsudde museum until March, so Stockholmers can take bracing Baltic dips between sauna spins.

The two-man studio Bigert & Bergström, who specialise in large-scale, socially-minded art projects. They constructed the egg in response to the de-industrialisation of Sweden’s northern towns, cladding the structure in iron ore, traditionally an important source of income for the region. Since they first erected it in 2017, it’s swept up several top-tier design awards and been the subject of a 2019 book.

Outside the Prins Eugens Waldemarsudde museum, in Stockholm. 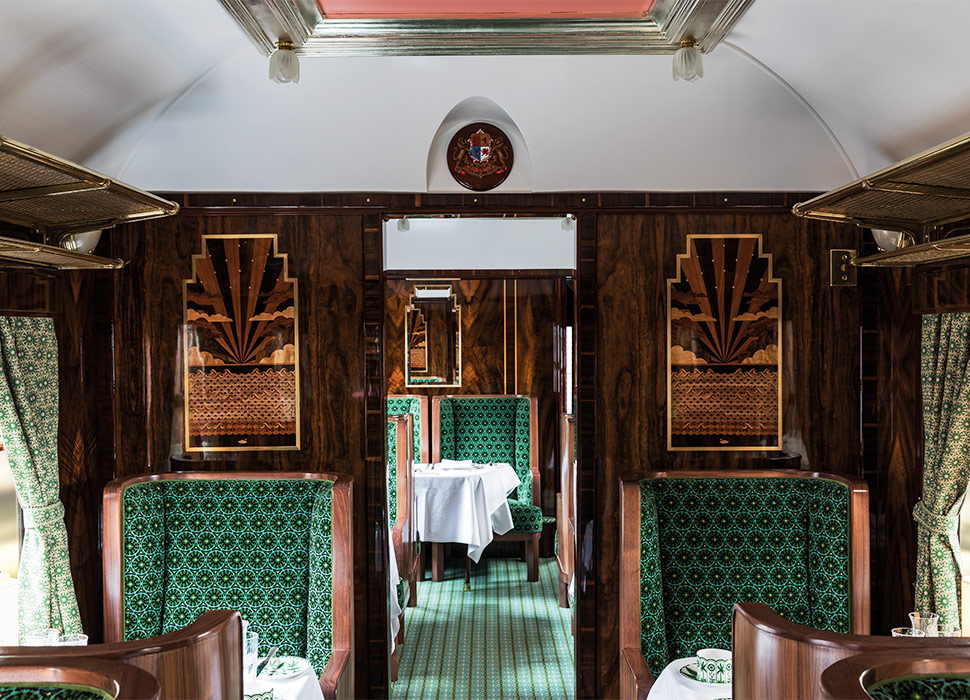 Wes Anderson – the tousled auteur behind The Grand Budapest Hotel, The Royal Tenembaums and all those other stone-cold classic films you’re perfectly aware of – has history with trains. Specifically as his 2007 movie The Darjeeling Limited was literally about one. Now, Anderson’s taken his ferroequinologist’s eye to Belmond, designing a gob-smackingly gorgeous dining carriage for the British heritage brand. Dubbed ‘Cygnus’ – a name reflected in the tiny swans laid into the woodwork – it’s a geometric vision of beautiful sunbeam marquetry, Belle Époque inflections and warm hues of deep greens and pastel pinks. And it can be your own cinematic bolthole for a few hours.

Who’d we have to thank?

Well, Belmond again – they’ve made the Cygnus carriage available to book for all of their cross-country experiences, from steam-hauled ‘Golden Age’ tours and trips to Highclere Castle (that’s Downton Abbey to most), to murder mystery jaunts and private dinners with big-name chefs.

British Pullman chugs all around England, but most journeys start and end at London’s Victoria station. 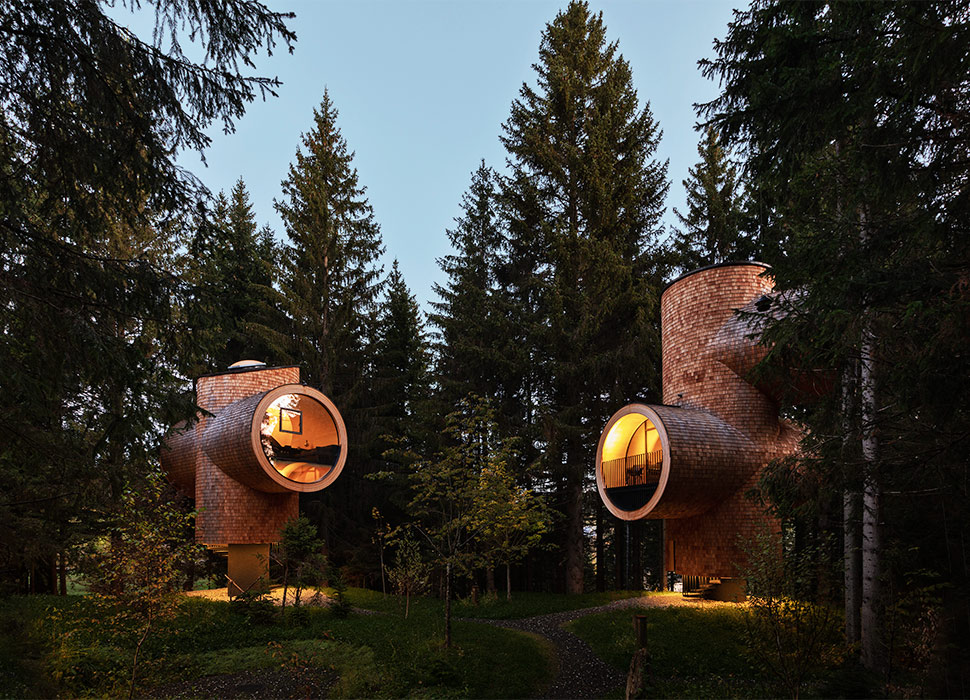 Our main complaint on any woodsy, back-to-nature holiday is that there’s a limit to the number of campfire-torched sausages we can eat.  But there’s nary a shrivelled 'dog in sight at this treehouse retreat in the Austrian forest – a weekend here is all about rustic R 'n' R with city-grade food. Book any one of these space-agey arboreal cottages and you’ll automatically bag a table at the on-site restaurant, which serves elevated regional Styrian specialties made from produce plucked from the on-site farm.

The people behind Steireck, arguably Vienna’s most delicious restaurant and a mainstay on the World’s 50 Best Restaurants list. They’ve been credited with making the long-neglected ingredients and culinary traditions of the Austrian countryside cool again. 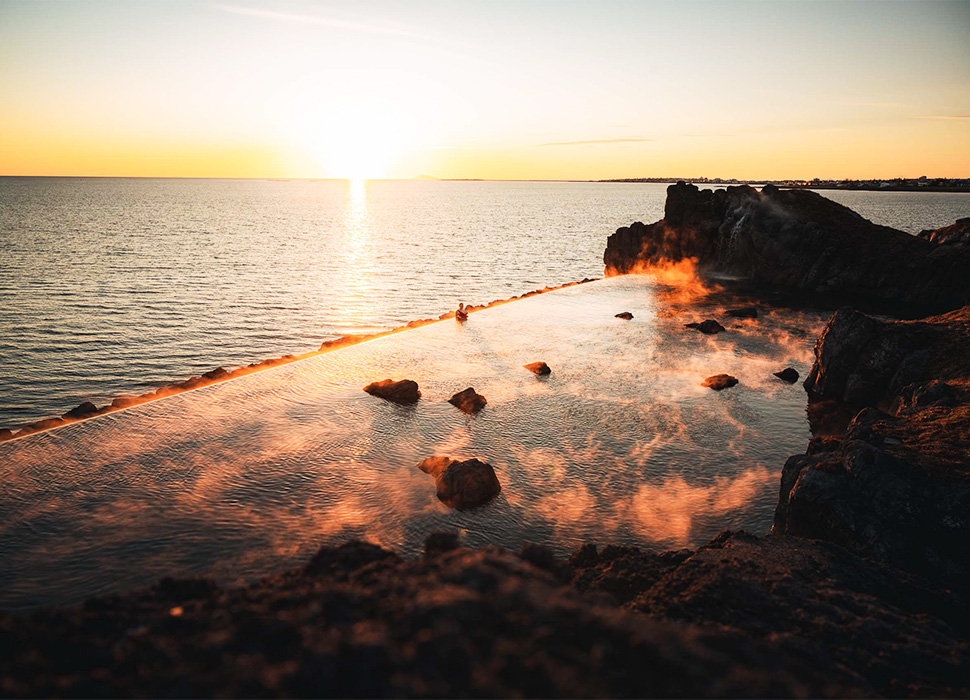 The Arctic sun sets over the Sky Lagoon / Image: Sky Lagoon by Pursuit

Spa culture is to Iceland what a quick pint down the local is to the Brits, but Reykjavik’s new oceanfront hotspot, dubbed the Sky Lagoon, takes relaxation super-seriously. Partake in the arcane sounding ‘Ritual’ for the ultimate experience – a seven-step guide through a geothermal infinity pool, cold fog-mist and more. If you’re lucky, you might even see the northern lights while you’re at it.

Icelandic hot springs, both natural and manmade, can be found all over the country and this latest comes courtesy of hospitality company Pursuit. “The Lagoon’s design elements, influenced by Icelandic culture, create a distinctive guest experience with Icelandic turf houses and a restorative spa-like ritual rooted in Icelandic tradition,” they explain. 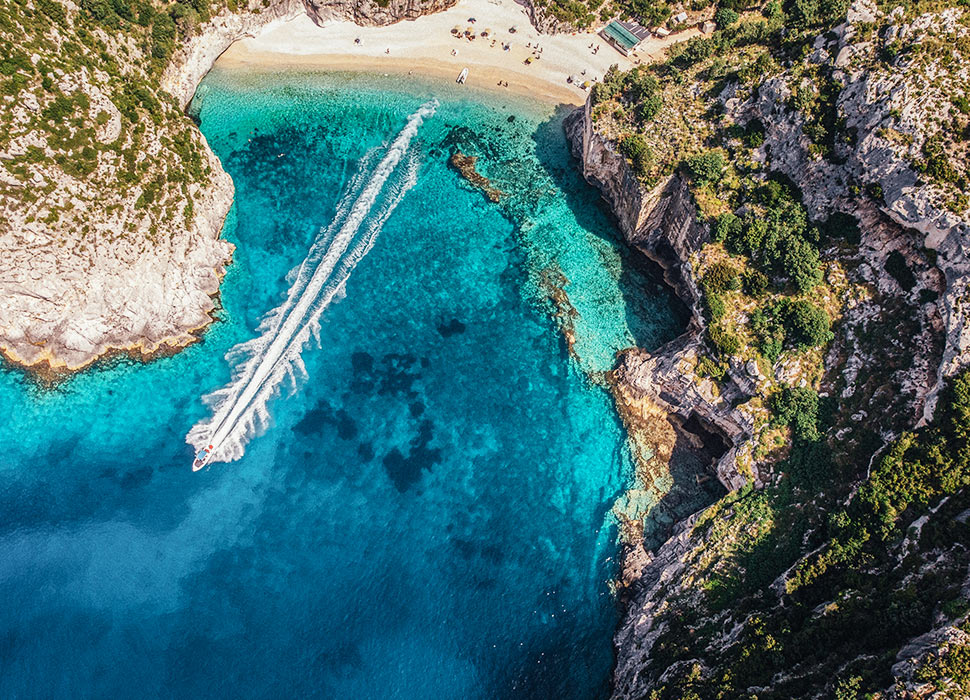 While we can’t guarantee you’ll spot Gwyneth vibing out to tech trance at this hazy Albanian fest, we can promise good vibes, fun times and spiritual ablution. Inner State’s organisers are marketing their inaugural event as a “new kind of wellness festival”, and with a line-up that includes both your standard health-seeking pursuits (yoga, meditation, breathwork) and some more esoteric endeavours (astral projections, callisthenics, lucid dreaming), we think they’re probably onto something. The music selection is also looking promising with the likes of Elder Island, Tiga and Totally Enormous Extinct Dinosaurs, and the setting – a small coastal village on the relatively untouched Albanian Riviera – is very nice indeed.

British events company Mainstage Festivals, who have 20 years of party-throwing experience and other boutique fests like the raucous Kala (also in Albania) and French Alp barnburner Snowboxx under their belt.

Fly to Tirana or Corfu 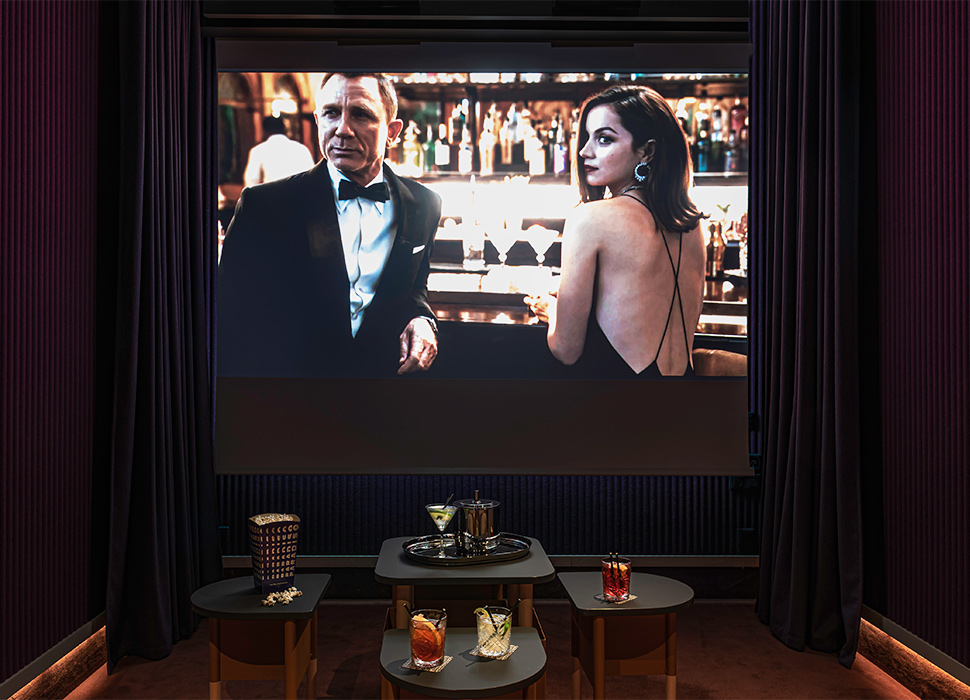 A trip to the flicks is a time-honoured date-night staple. And now that classic romantic format looks even better. All 36 rooms at Paris’s truly cinematic Hotel Paradiso are kitted out with movie projectors and giant screens. Two of its suites are technically licensed cinemas, meaning you and your lucky date can enjoy the latest releases. Just picture your beloved ordering popcorn on room service, browsing a vast celluloid library then flicking over to your favourite streaming service for an ultra-deluxe Netflix and chill. 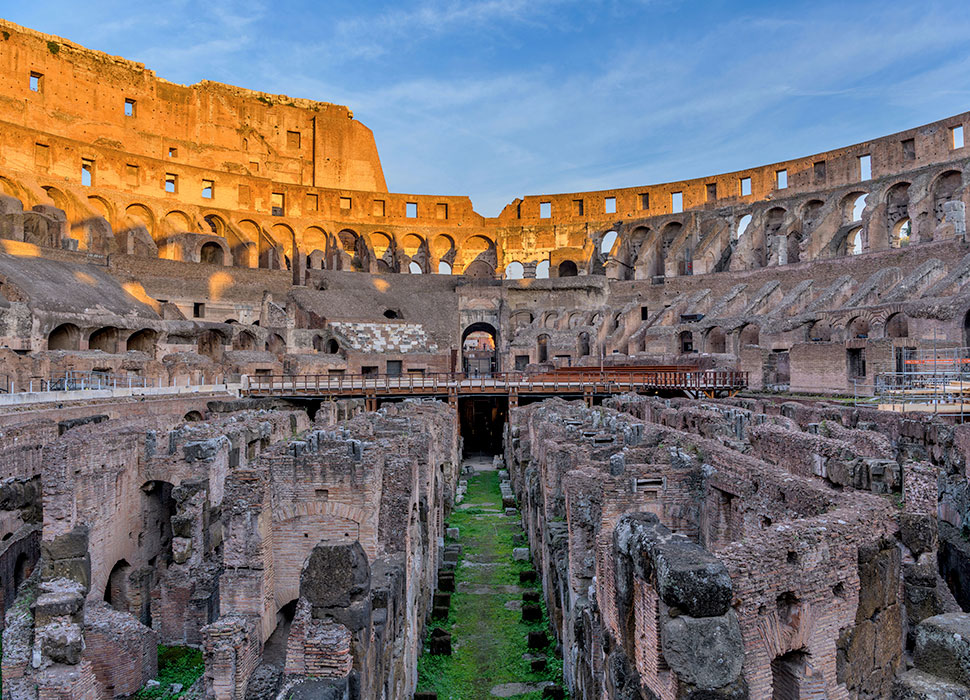 A sunset view of the Colosseum arena and its newly revealed subterranean depths / Image: Shutterstock

For millennia the almighty Colosseum in Rome has been revered for gory gladiatorial clashes between buff warriors, quivering slaves and ferocious wild animals. But have you ever wondered what the vibe was like backstage? Well, now you can find out. The ‘hypogeum’ – an ingenious labyrinth of corridors, trapdoors, secure chambers and ancient lift mechanisms tucked underneath the ancient arena floor – is now open to the public for the first time ever, following a long-overdue restoration. Are you not entertained?

Rome. All roads lead there, apparently. 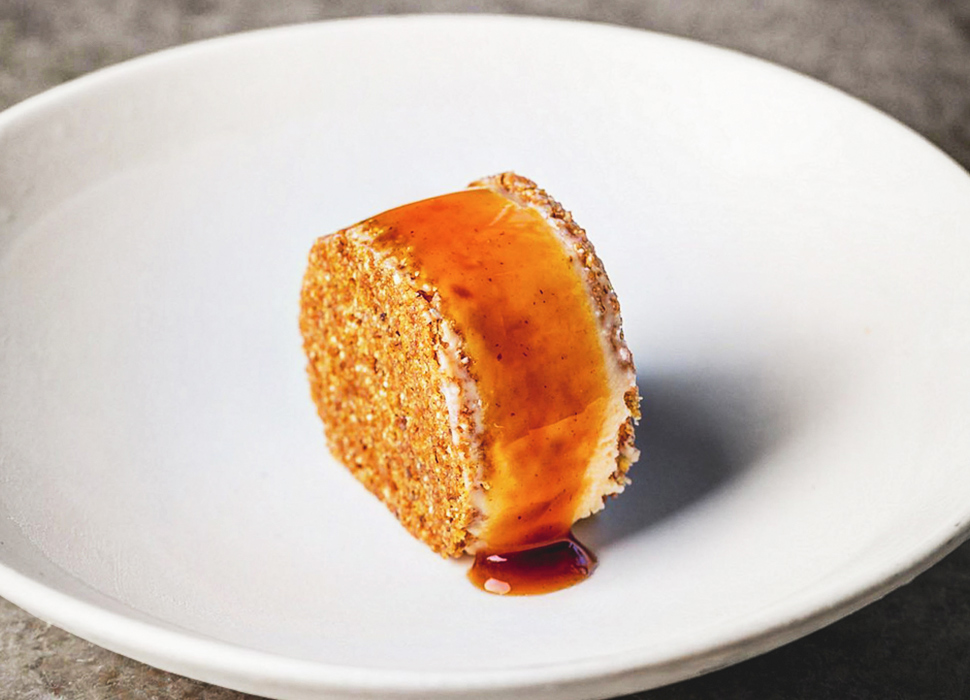 Sustainability has been a ‘thing’ in the food world for a little while now (even Michelin got on it with 2021’s new ‘Green Stars’) – but a full-bore zero-waste approach is still pretty rare. The sweet apex of the trend might be the ‘anti-waste ice cream sandwich’ at Silo in Hackney. There, they soak old bread in water till it starts to ferment, then turn it into a yeasty caramel. Then they make a wafer from excess bread-milling bran, sugar and butter, and dulce de lecce ice cream from leftover buttermilk; then they sandwich it all together and BLAMMO! A decadent mouthful that’s as heavenly as it is honourable.

Visionary chef Douglas McMaster, who emigrated Silo from Brighton to London in 2019. Since then, it’s become a paragon for forward-thinking restaurants: as well as the seasonal, low-mileage and wasteless ethos (anything not eaten by the punters is composted), even the furniture and crockery are upcycled.

In a nifty converted loft space on the canal in east London's Hackney Wick, near the Olympic Park. 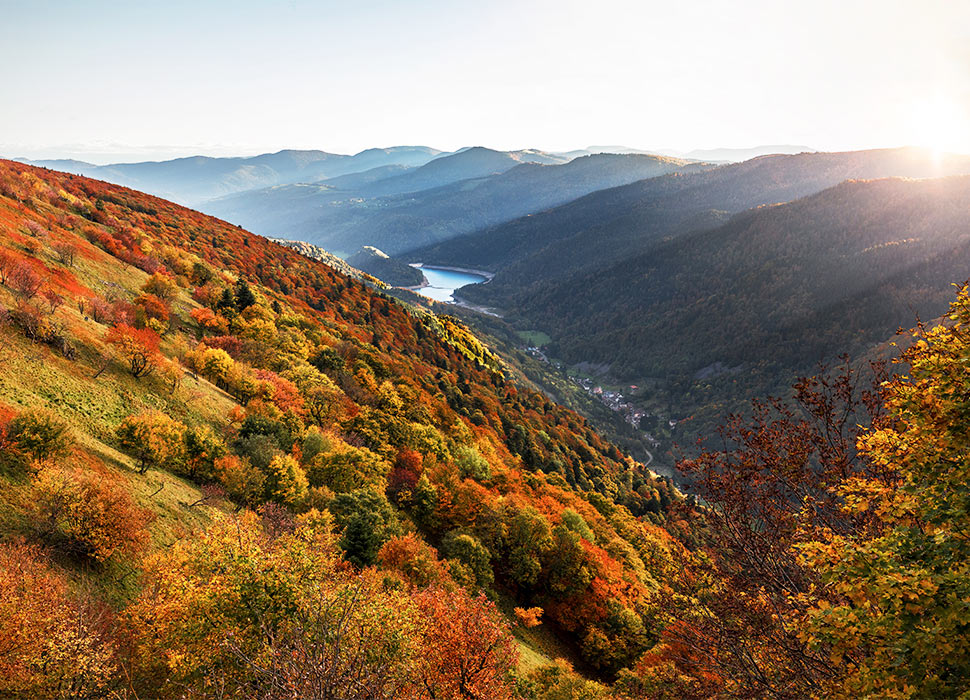 After gastronomy, La Tour Eiffel and, of course, Amélie Poulain, France is known for its stunning landscapes. Now you can hike through 14 of its most picturesque natural parks, including the Jura and the Alps, via new hiking trail HexaTrek. Declared the longest hike in France, it covers a distance of 3,000km, which would take between 90 and 130 days to complete for those who can walk between 20 and 35km per day. Thankfully, though, the trail is divided into six shorter parts (hence the name), so you can tackle each one separately.

An app is available to help hikers navigate the new trail. If you’d rather go with a group, though, you can register to join week-long organised walks that are taking place between 15 June and 20 October 2022.

Having hiked along much of the USA’s Pacific Crest Trail, Frenchman Kévin Ginisty decided his home country deserved something similar. He researched France’s most beautiful trails and detours, then devised a route that would cross them all.

The mega trail starts in Wissembourg in the northeastern Bas-Rhin department and ends in Hendaye in the southwestern Pyrénées-Atlantiques. The route passes through 14 natural parks, which include the Alps and the Jura. 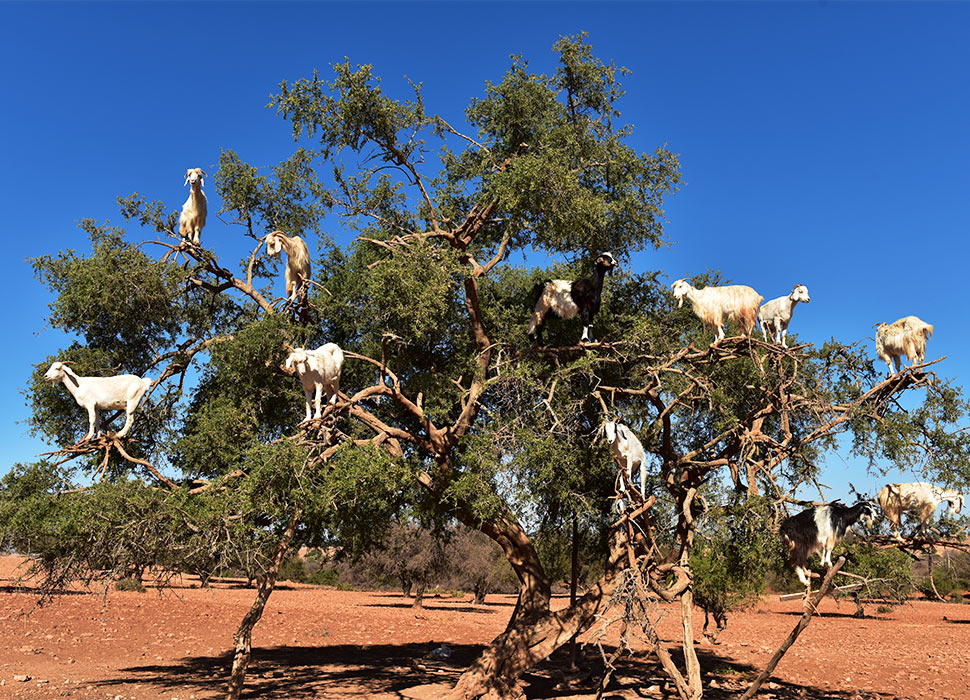 Just a bunch of goats in a tree – and what of it? / Image: Adobe Stock

The intrepid goats of the Souss Valley, Morocco

Why did it win?

We’re not kid-ding when we say this quirky animal experience is a buckin' riot. In the arid west Saharan plains of Morocco (conveniently just off a main road), greedy goats have figured out an innovative way to munch on juicy argan tree nuts: the cloven-footed creatures climb up to the canopy. This daredevil act is a vital part of Morocco’s argan oil economy, as the goats poop out and soften the argan seeds, making it easier to produce the oil itself. Plus, the sight of so many four-legged food fiends balancing precariously on twigs is certainly worth bleating about on Instagram.

Moroccan farmers have known about this wild wonder for a long time, but seeing its recent popularity with travellers, now encourage their flock to leap up. Local guides, such as the friendly folk at Admire Morocco, will take you to the best spots to see the goats – and tip the farmers on your behalf.

On both sides of the A3 Agadir-Marrakech motorway, about 45 minutes’ drive out of Agadir.