The most magical (but not clichéd) places to propose in Europe

The perfect proposal needs three things: love and a little privacy, but most importantly, the right location. We’ve winged our way to Europe’s secret romantic spots, so you lovebirds out there can ask your future spouse for their hand in marriage somewhere that’ll make their heart flutter

Getting down on one knee is nerve-wracking enough. In front of crowds of people, jostling for photographs and chattering loudly? Not exactly the “marry me?” vibe. Sure, the Eiffel Tower is adored for its amorous atmosphere – especially when those ooh-la-la lights twinkle at night – but it’s not somewhere you’ll have to yourself. Instead, seek out the lesser-known love nests, where you and your partner will be able to make some intimate memories you’ll treasure until death do you part. Trust us, if you take them to any of these, they’ll say yes.

That's marriage set – but how about visiting the most outright romantic places in Europe (and some alternatives for cynics)?

If music be the food of love – then what the hell's food? Find out with eight Michelin-starred meals for under £50. 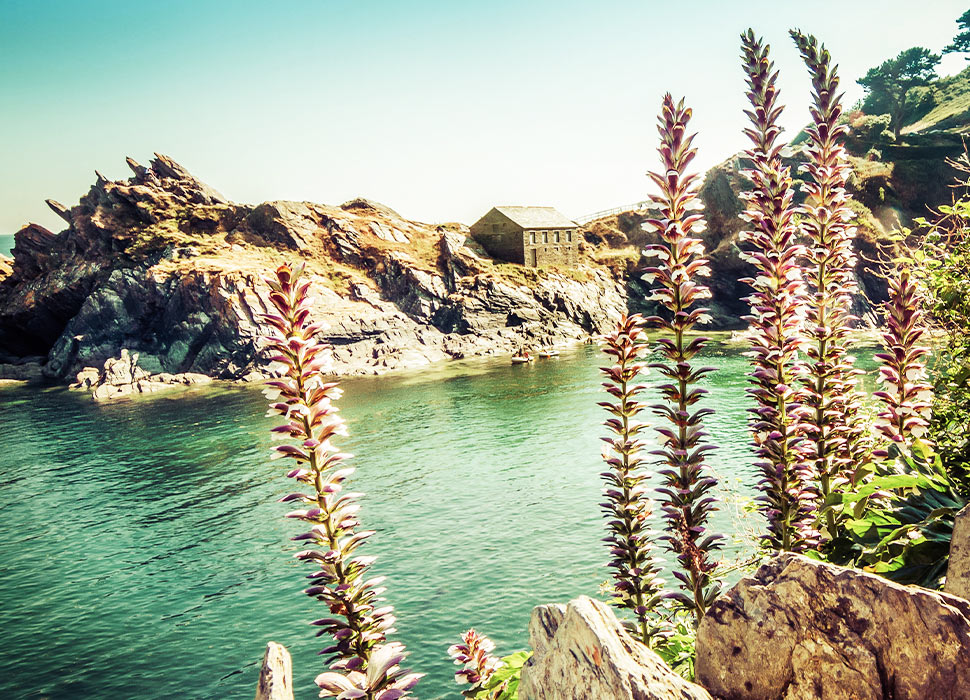 Poldark fans, rejoice. This out-of-the-way seaside village, known for enthralling artists such as the expressionist Oskar Kokoschka, is bound to get you in the mood for love. Meander through alleys of brightly painted fisherman’s houses packed so tightly, no car can pass through. Take your loved one on a private boat trip, so you can float atop Cornwall's crystal waters and watch dolphins rub their (bottle) noses together. Or, snuggle up in a booth at Couch's Great House and feed each other locally caught scallops. Reserve your table well in advance, and the staff will do what they can to make your proposal utterly irresistible. Almost as irresistible as the food. 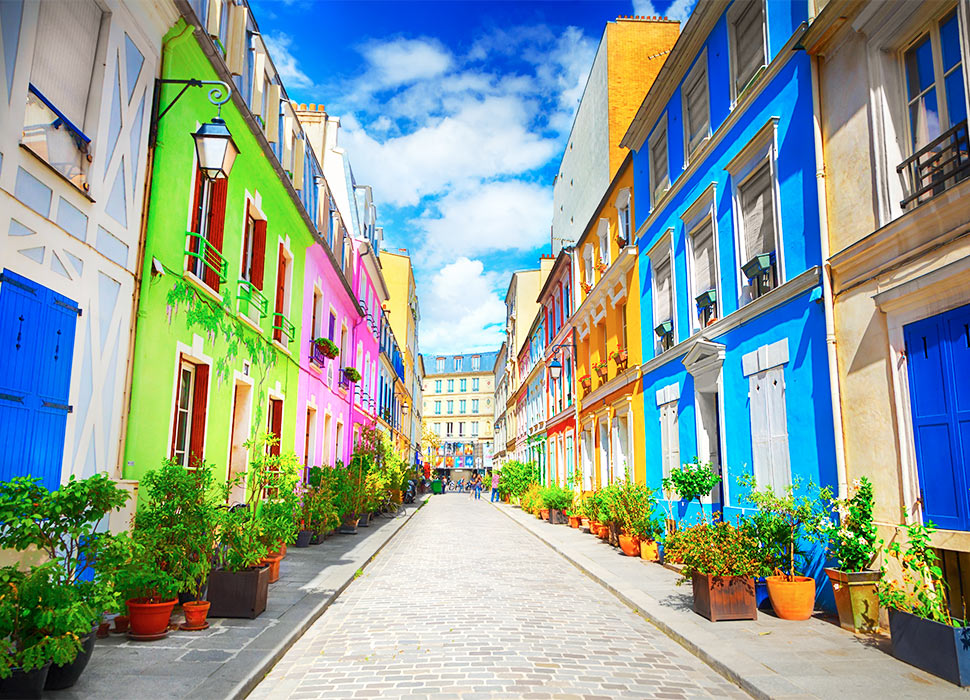 This quiet pedestrian backstreet is tucked away in Paris's Bastille district, but perhaps it’d be more accurate to call it “pastille” district, thanks to these 35 colourful (and très jolie) townhouses, originally built in the 19th century for construction labourers. Walk hand-in-hand along the cobbles, and marvel at the painterly abodes before finding your private proposal corner. The chartreuse house with the hand-painted wisteria motif is a standout, as is the lilac delight next door with potted plants, welcoming shutters thrown wide open, and two little birds flying above the door. As Instagram-friendly proposal locations go, this street is c’est magnifique. 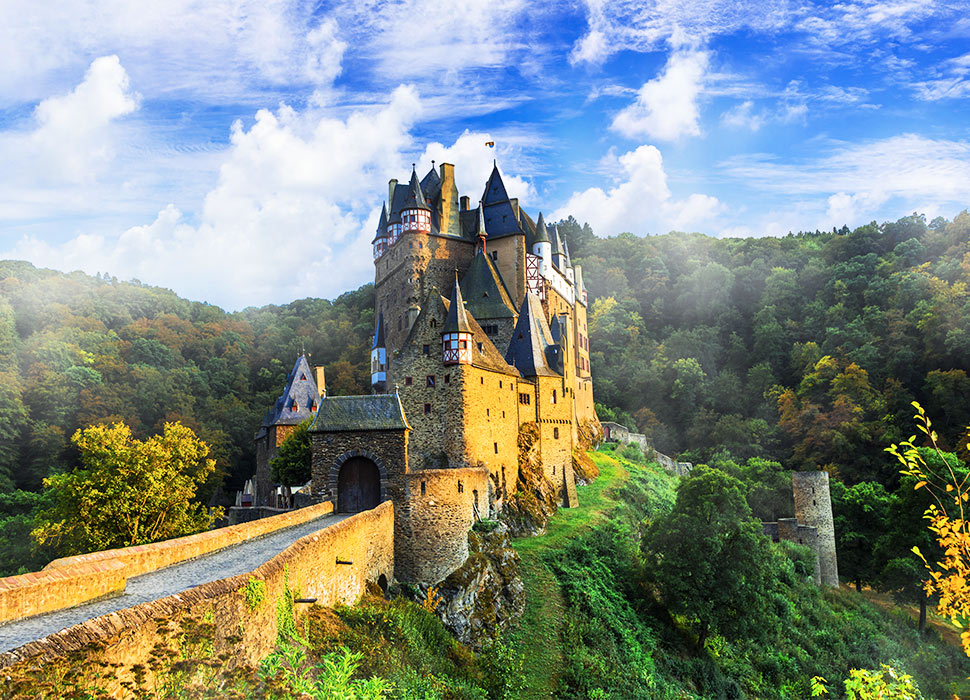 Germany isn’t short of fantasy castles, but with its crimson timbers and 70-metre promontory over the flowing Elzbach, the 850-year-old Burg Eltz feels particularly storybook. As you admire the staunch suits of armour in the Knights’ Hall, you can affectionately joke that you’d fight any challenger for your lover's honour in a jousting tournament. Then, if the straight-outta Beauty and the Beast courtyard doesn’t seem like a good proposal spot, try the castle’s ridiculously photogenic stone bridge at sunrise for peak mood lighting, or find a little seclusion in the 300-hectare pine arboretum that obscures the rest of the world from sight. Burg Eltz is a couple of hours drive from Düsseldorf. 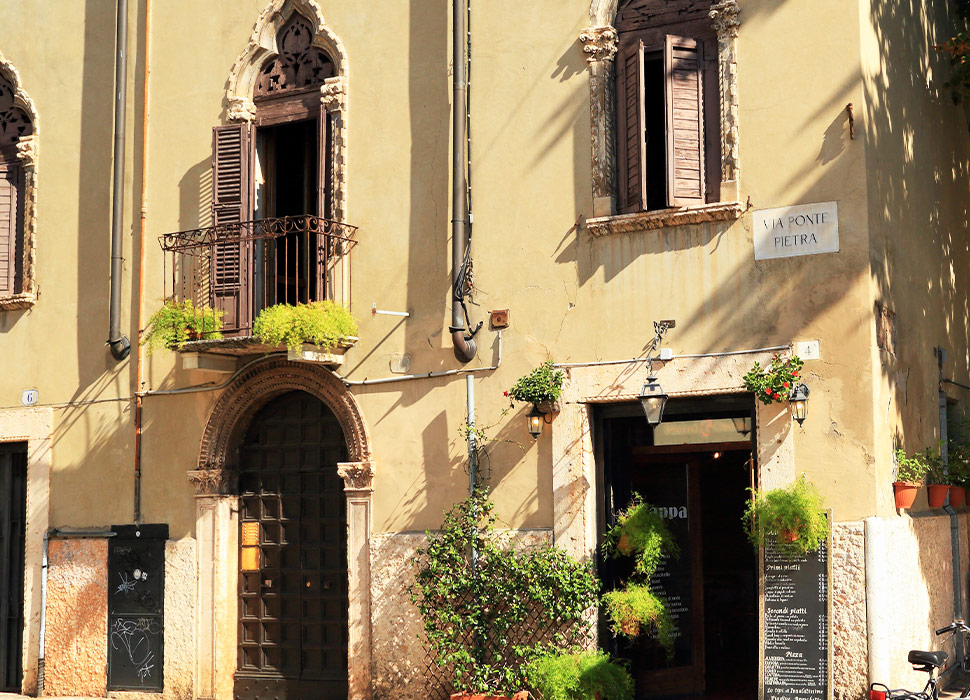 Sat a little west of Venice, Verona – famously – is for lovers: you’ll see many a star-crossed soul underneath Juliet’s Balcony. However, proposing here would mean missing out on the city’s other great passion: wine. Osteria Ponte Pietra’s vine-draped terrace juts perilously out over the Adige, and the candlelit cellar restaurant really commits to the vino theme with a 43-page wine list. But, the Michelin Guide-rated food is also likely to set you and your partner swooning: try the just-browned, melt-in-the-mouth Fiorentina steak, and hoover up its meaty juices as you nibble on dripping potatoes. If indulging yourselves in such sumptuous grub doesn’t scream real love, we don’t know what does. 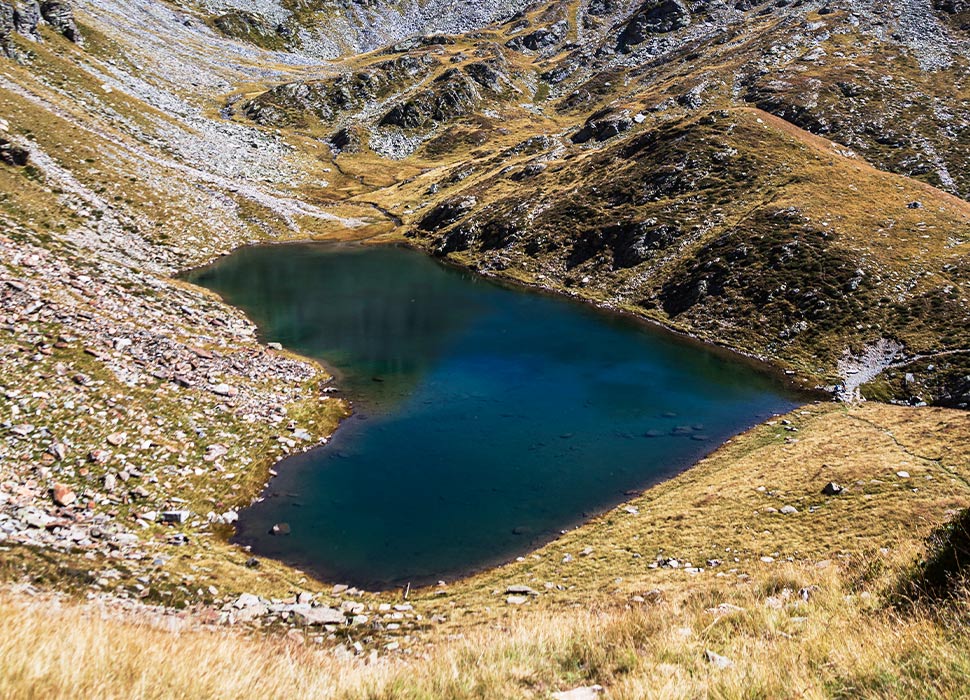 Nature itself plays Cupid at Calvaresc. At an altitude of over 2,100 metres, this heart-shaped mountain lake is nestled near the San Bernadino Pass in Switzerland. And, the language in this part of the country is Romansh – so close to “romance”, you can’t help but fall in love. The lake is a five-mile hike from the nearest town, Rossa, so outdoorsy lovers will be rewarded for their commitment. Don’t fancy doing the whole hike in a day? Bunker down in the Capanna Buffalora chalet, a romantically rustic but homey guesthouse that offers breathtaking views of the Calanca Valley (and, of course, plenty of fresh Alpine air). 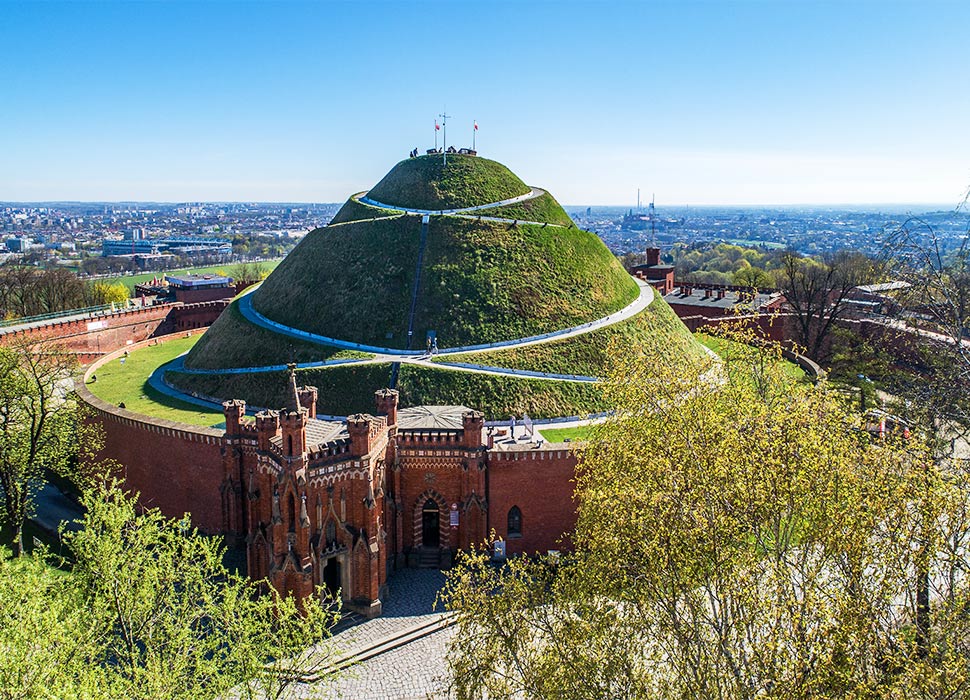 No one gets the hump at this magically pious Polish hill / Image: Adobe Stock

If you’ve always dreamed of a church wedding, start off on the right foot by taking your fiancé-in-waiting to Poland, and Krakow’s gorgeously gothic Bronisława Chapel. Built in the mid-19th century – into the walls of a military citadel – the cosy church is embellished with arched stained glass windows, symmetrical turrets and a shrine dedicated to the female hermit who lived on the site centuries ago. History/hermitages not your thing? The chapel happens to be directly in front of the 300-metre-high Kosciuszko Mound, one of Krakow’s dreamiest picnic-and-panorama spots, best seen at sundown for maximum wooing effect. 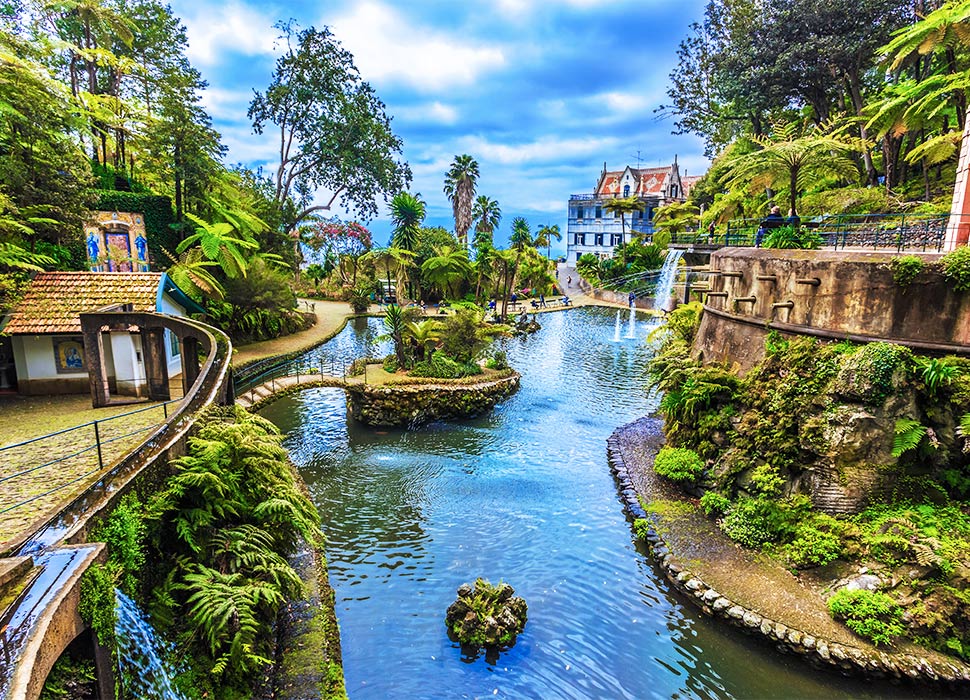 José Berardo's heavenly garden is a must for prospective newlyweds / Image: Adobe Stock

Spending a day strolling among ripening fruit trees and listening to the chirp of tropical birds has major Disney vibes, and who doesn’t want a fairytale proposal to tell the folks back home? Thankfully, the Monte Palace Tropical Garden in Funchal, Madeira, has 70,000 square metres of pure paradise to explore. The heavenly oasis is all the work of one man, José Berardo, whose love for botany led him to collect over 1,000 plant species from around the world. Sadly, you’re not allowed to pick any of them for your wedding bouquet, but you can raise your first toast as newlyweds-to-be in the elegant café, with a carafe of rich Madeiran wine. 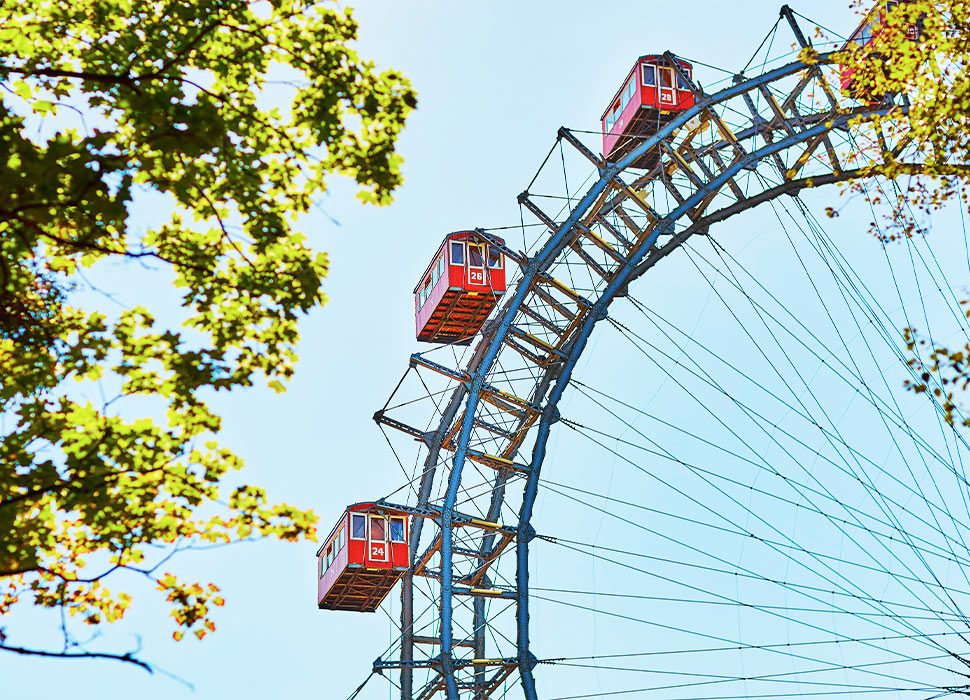 Neon lights. Laughter all around. And, of course, overflowing cups of steamy Glühwein to keep those shaking hands warm. Vienna’s Wurstelprater amusement park has plenty of joy (rides) to go around, including the 65-metre tall, 1897-built Riesenrad ferris wheel. Imagine the scene: you’ve rented a private cabin for the evening, for the bargain price of €408. You step into the slowly rotating carriage to find a white tablecloth laden with champagne, roasted chestnuts and romantic candles. Your partner is delighted by the lovely surprise. All that remains is for you to ask those four, simple, magic words: “Shall we sit down?” 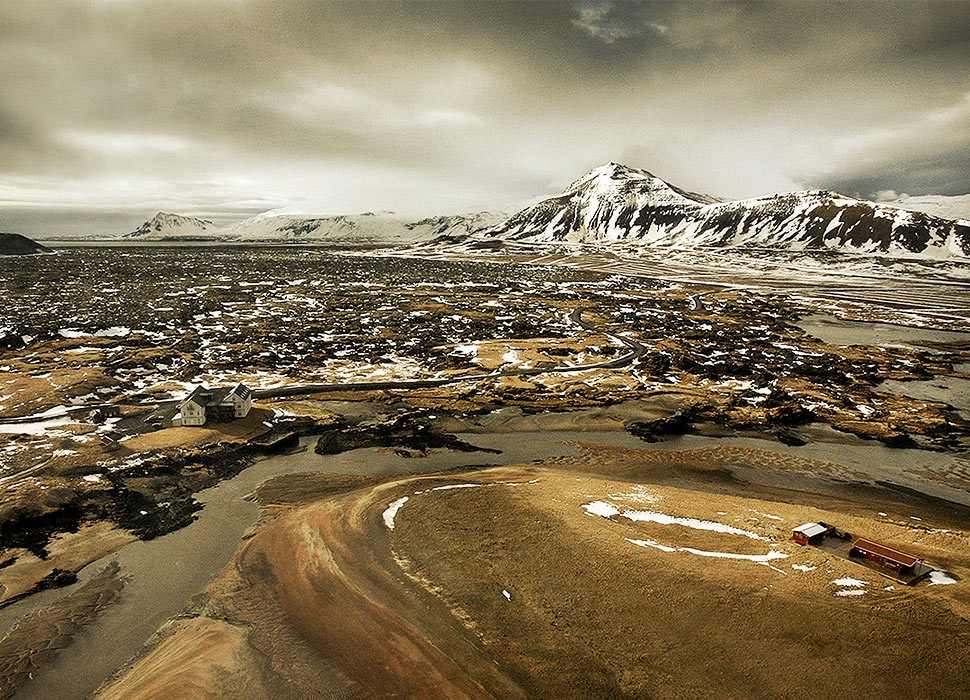 Búðir is a striking outpost in the rugged surrounds of Snæfellsnes / Image: courtesy of Hótel Búðir

Two hours drive from Reykjavik, on the volcanic Snæfellsnes peninsula, lies something you wouldn’t expect to find in the middle of the Icelandic moonscape: a luxurious country house. A veritable Wes Anderson vision, the quirky Hótel Búðir's only man-made neighbour is the jet black Budaskirkja church, which will sweep Wuthering Heights fans off their feet. Otherwise, it’s all snow-capped simmering volcanoes, glaciers and the choppy North Atlantic. Stuff your diamond ring into your hiking pack and head to a local foss (waterfall) to pop the question. More of a night-in kind of pair? The hotel offers Northern Lights wake-up calls, so you can propose under the Aurora’s majestic aura.

Chefchaouen in the Atlas Mountains is as blue as the sky above your head, but not quite as blue as the pool at the seductive Riad Cherifa, where two traditional houses are sandwiched together to create the perfect couples’ retreat. Look up from your late-night swim to gaze at the glittering stars together, before heading inside to dry off. Plenty of luxurious lounges and beautiful balconies in the public areas encourage speaking in dulcet tones, but the en-suite rooms are a true sanctuary for lovers. Choose a few Moroccan rosa damascena from a local florist, known for their intoxicating aroma, and scatter their pink petals across your bed. Cheesy? Maybe a little. Effective? Works every time.