There’s nowhere better for a winter getaway than Europe. If you’re after festive feels, you’ll find them in bucketloads here as Christmas markets pop up in charming market squares and twinkling lights decorate pretty cities. And as the festive vibes take hold, gastronomic treats are unveiled in the continent’s premier foodie destinations. Whether you want to sample Italian culinary delicacies, listen to cutting-edge music, party in the Alps or celebrate new year in style in Scotland, there are plenty of brilliant events taking place across the continent for you to plan a sparkling trip around.

Looking for fun but stuck in Blighty? Fear not: these are the coolest events happening in London this winter. 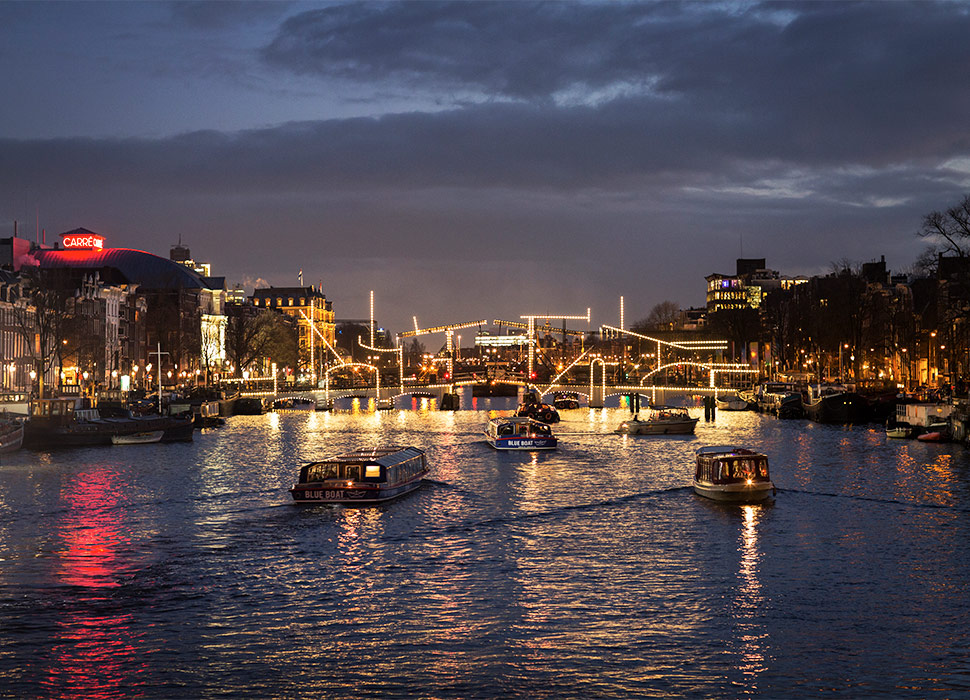 Since 2012 Amsterdam has been banishing the winter blues by brightening its streets with a city-wide collection of magical, glowing installations. Every December and January the streets around its famous Brouwersgracht canal twinkle with luminescent sculptures made especially for the occasion, whittled down from a long-list of hundreds submitted by artists and designers from around the world. This year the theme is ‘Imagine Beyond’, and visitors will be able to see all 20 of the fest‘s spangled, interactive creations by walking or biking around a 6.5km route, or hopping aboard a boat tour to see the full effect of the lights reflecting off the city‘s waterways. If last year’s installations are anything to go by – canal bridges framed with glowing colours, twinkling sculptures suspended over the water like stars – 2022’s lights are set to be pretty special. 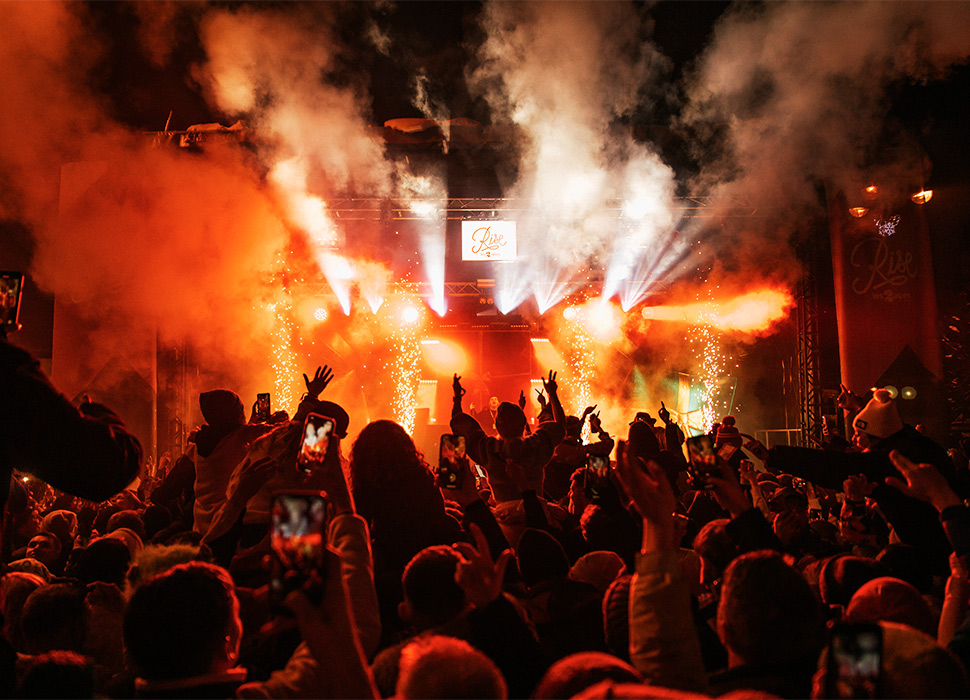 Party in the Alps at Rise Festival / Image: Daniel Watson

Festival settings don’t get much better than this. Music and winter sports collide at this week-long party set over the slopes of French town and popular skiing destination, Les Deux Alps. Among the looming snow-capped mountain peaks and cute wooden chalets, no less than nine stages will be popping up with laser-filled headline sets from the likes of Chase and Status on the main Alpine Stage, high-octane electronic DJs in the indoor arena and a parties 2600m high on the side of snowy mountain at the High Altitude Stage. Stay up late for the famously raucous after parties that carry on until the sun comes up or get out early to hit the slopes which cater for both experienced sliders and newbies. 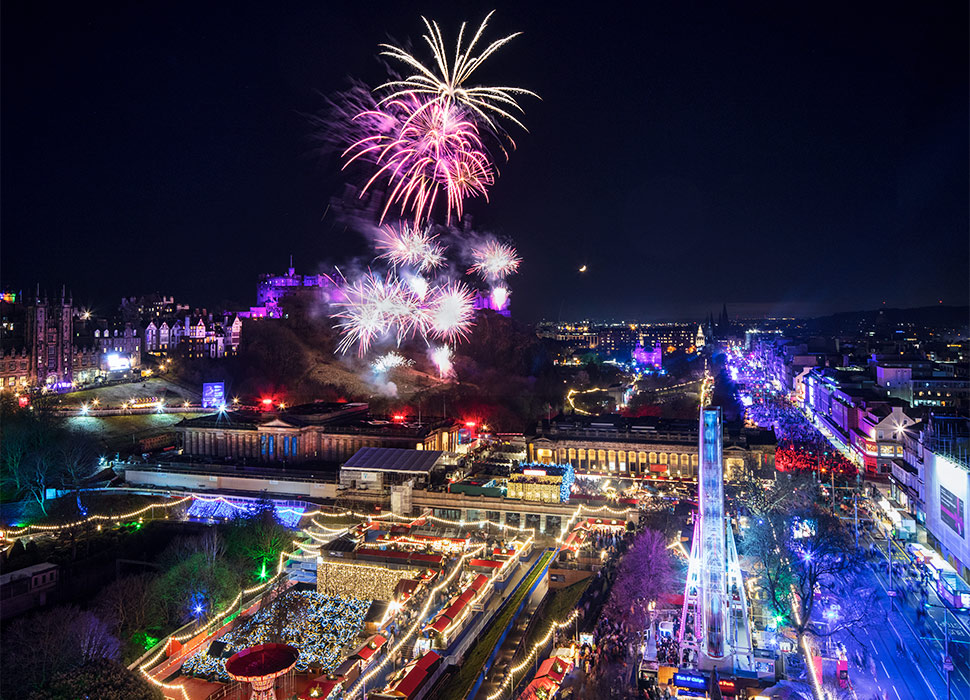 See in the new year properly at Hogmanay in Edinburgh / Image: Getty Images

No one does New Year quite like the Scots, and if you want to be right at the centre of their Hogmanay celebrations, you’ll find a huge party in its ancient capital city, Edinburgh. Final plans are still to be confirmed for this year, but its annual Old Town open-air ceilidh, the Concert in the Gardens, the huge street party that takes over the town and the brilliant fireworks display that lights up the sky over Edinburgh Castle are regarded as world-class events. Aside from the main spectacles, there are also lots of smaller traditions to get involved with including the annual torch-lit procession down the Royal Mile, candle-lit concerts in St Giles Cathedral and Loony Dook where hardy folk dive into the chilly waters of the Firth of Forth at South Queensferry. Hardcore partygoers who want to swap 'Auld Lang Syne' for something heavier will also find electric club nights and parties across town. Essentially, the whole city will be a vibrant hive of activity. Why would you want to be anywhere else to see in the new year? 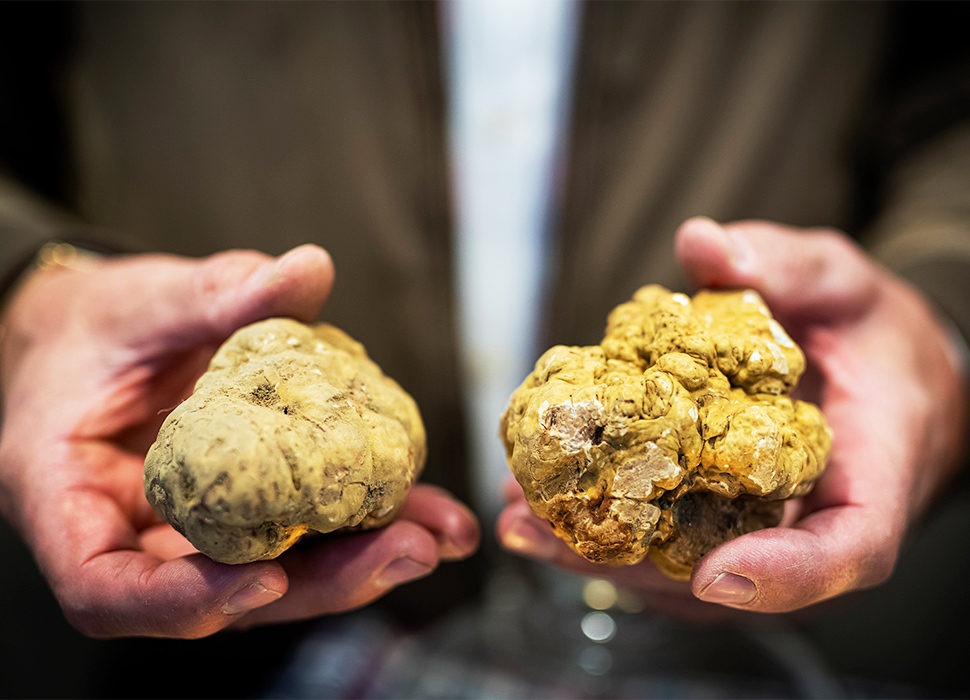 The Alba white truffle is one of the most elusive and pricey in the world, so it’s only fitting there’s an annual month-long festival dedicated to the eminent tuber. Launched 92 years ago by Giacomo Morra, the founder of white truffle and speciality food shop Tartufi Morra, the fair sees the Piedmont region’s best truffle purveyors gather together in the small, quiet town of Alba to sell their quality truffles alongside other stands full of fresh pasta, cheese, wine and desserts. Quality is key here, so truffle officials will be on hand to double-check the state of any mushroom your looking to buy. Visitors after the full foodie experience will also find the area awash with Michelin-starred restaurants and a short drive away from some of the most renowned wine regions in the county. We’re talking about the hometown of Nutella, after all. 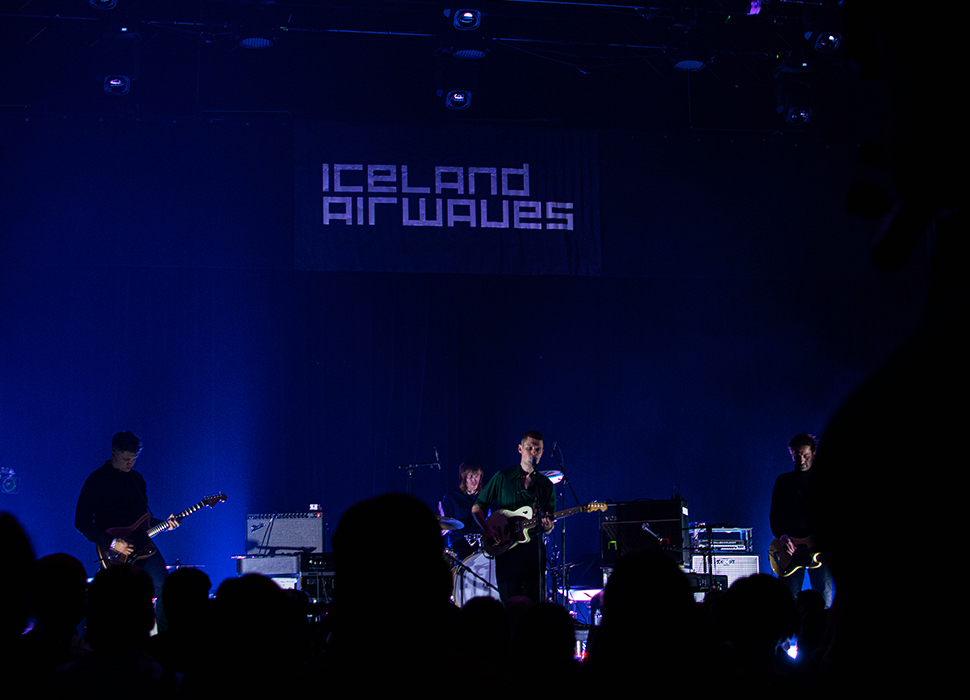 Anywhere that counts Björk and Sigur Rós as part of its musical heritage should be able to throw an impressive music festival, and Reykjavik’s annual extravaganza Iceland Airwaves does not disappoint. After moving online in 2020 and 2021, the festival is planning an epic IRL return taking over venues across the city including the beguiling Harpa Concert Hall that twinkles by the city’s harbour. It’s a chance to discover lesser-known local groups and see acclaimed international acts – Arlo Parks, JFDR, Meronomy, Pale Moon and Porridge Radio are on the line-up this year. For those who want to dive head-first into the festival vibes, there’ll be more than a few raucous after-parties carrying the action on into the early hours. 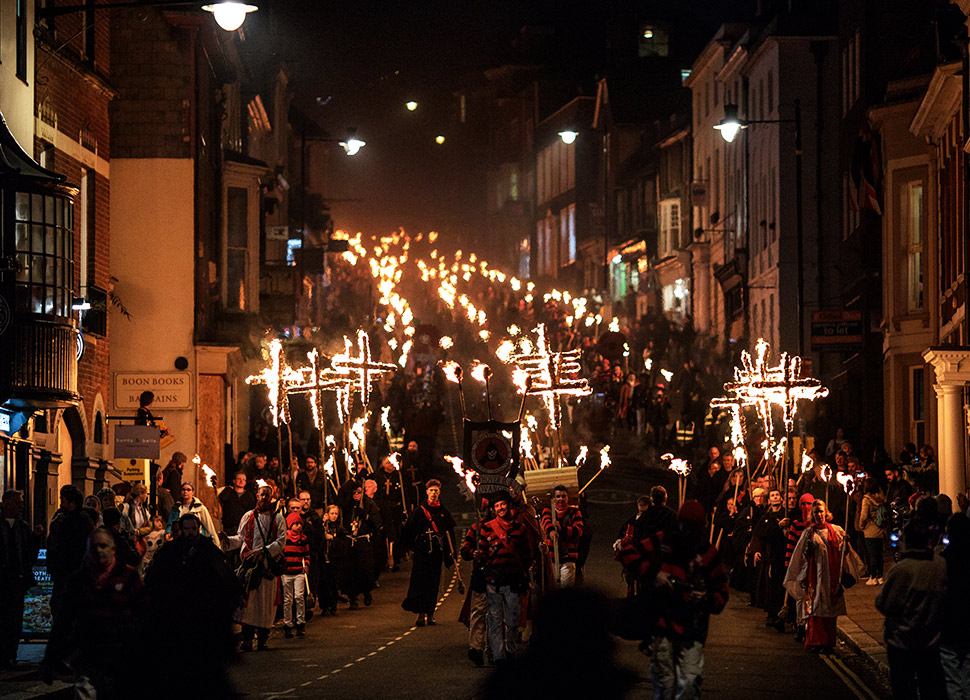 Parade through the streets at a traditional Bonfire Night celebrations in Lewes / Image: Getty Images

To many outsiders an evening where people gather together on a patch of damp soggy ground in the freezing winter night to watch an effigy of a man who tried to blow up Parliament 400 years get set alight might sound like quite an odd tradition, but Guy Fawkes Night is a firm pillar of the British calendar. As the years have gone by, it’s moved away from its historical roots to incorporate vivid firework displays, laser shows and music. Still steeped in tradition, however, and full of weird eccentricities, the tiny town of Lewes in East Sussex is largely regarded to be home to the best bonfire night celebrations in the country. Thousands of people join the annual torch-lit parade through the winding streets to move an effigy of Guy Fawkes to the bonfire with participants dressed in 16th century costumes. Look out for the 17 burning crosses carried across town to represent the death of 17 martyrs burned at the stake in the town in the 1500s, a flaming tar barrel thrown into the river and the humongous firework displays that accompany all the raucous activity. 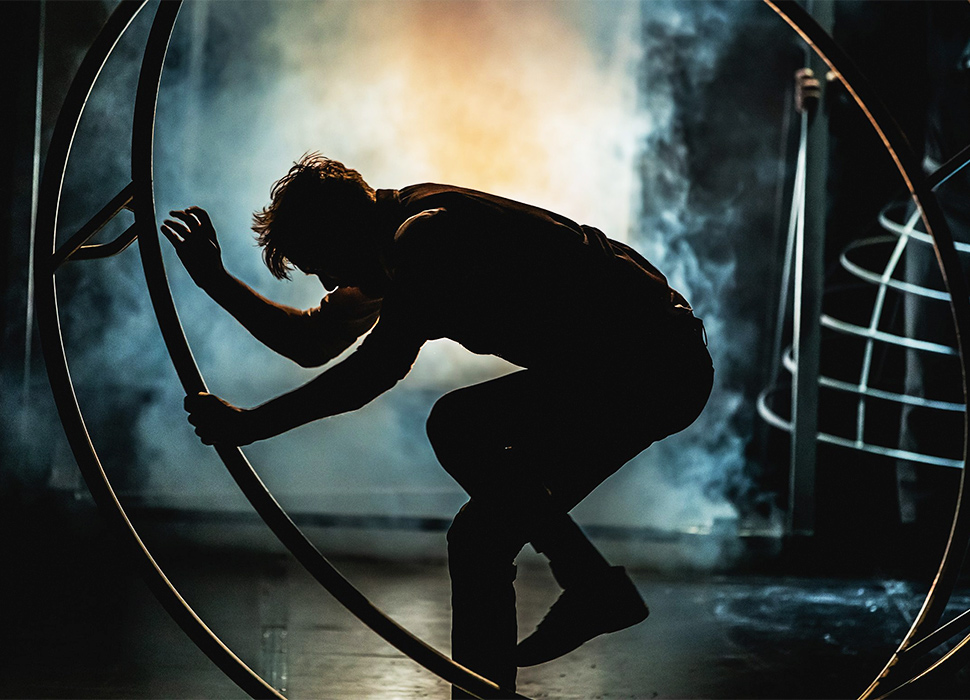 As the festive season creeps ever closer, Germany – home to the traditional Christkindlmarkt – seems to become one big Christmas market in winter. While every town has their own unique take on the tradition, Munich is home to a particularly special bazaar. The wintertime answer to Tollwood Summer Festival, its sister version for cold season sees a ‘Market of Ideas’ take over Theresienwiese, an open square in the centre of the city. Here you’ll find the usual festive handicrafts and mouth-water delicacies, but it’s the entertainment you’ll want to look out for as renowned international theatre companies and musicians join the proceedings to put on cutting-edge shows and entertainment, including top-class acrobatics from Machine de Cirque. The best waits until last, however, as the whole fest culminates in a massive New Year gala with kaleidoscopic cabaret and thumping DJ sets.