Michelin-starred meals for under £50pp

Frugal fine dining? You just have to know where to look. Here are eight of the best meal deals in Europe – Michelin stars and all

For decades, the name of a French tyre manufacturer has been synonymous with fine dining. The Michelin Guide, which dished out its first star for quality of food in 1926, now ranks and rates restaurants the world over, and it’s still a badge of honour to receive one.

Their bestowal is also usually a sign that diners can expect to fork out for the pleasure – but there are still gastronomic bargains to be had among the stars, especially at lunch. Here are eight places around Europe where top-end dining can be experienced without breaking the bank: all come in at under £50 a hungry head, without drinks or service. Well, you can’t have everything. 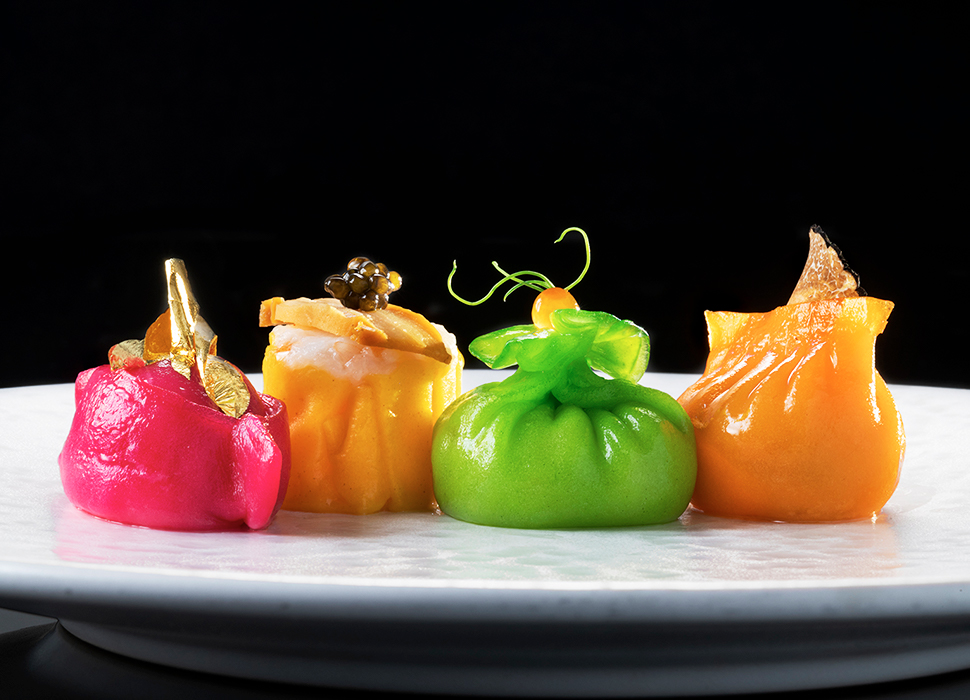 Dark, sleek, buzzing and glamorous, Hakkasan revolutionised Chinese dining in the UK when it opened its Fitzrovia original  in 2001. It still serves flawless, luxed-up versions of classics, and the prices match the vibe – but book for lunch at the chic Mayfair branch, which also has a Michelin star, and you can pick a few things from the dim sum menu and still have a bit of change from £50. Push the boat out with langoustine har gau and caviar, which is only £15. 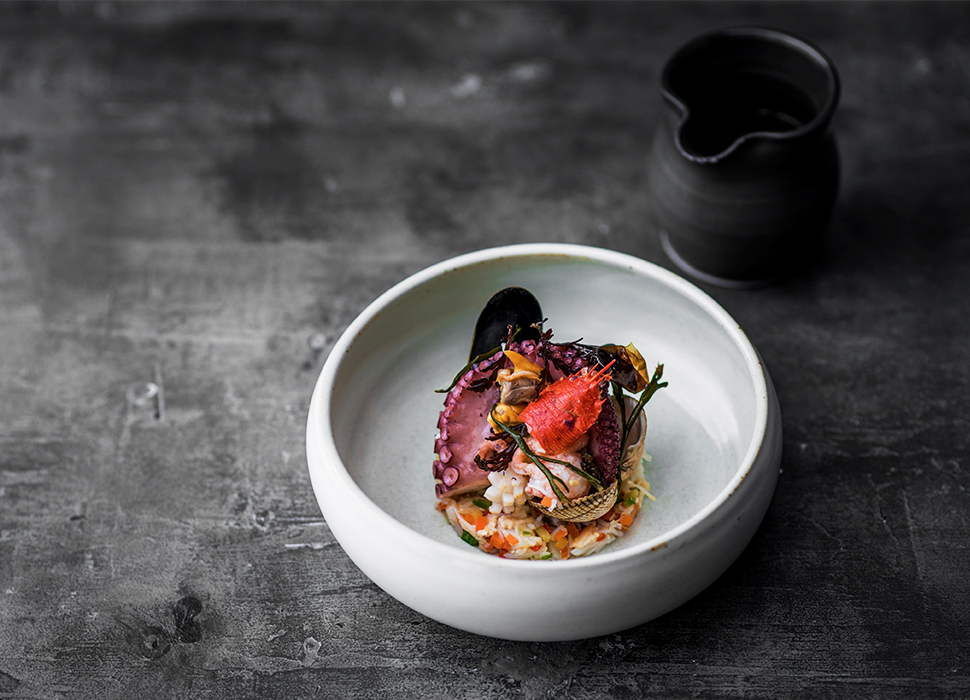 North of the city centre in the redeveloped dock area of Leith, celeb chef Tom Kitchin’s flagship restaurant, The Kitchin, is a destination thanks to its ‘nature to plate’ philosophy and French-Scottish cooking. The three-course lunch menu is great value at £39 and might include new potatoes with seaweed butter sauce and shellfish, or Highland beef shin with wild mushrooms. Local produce rarely tasted better. 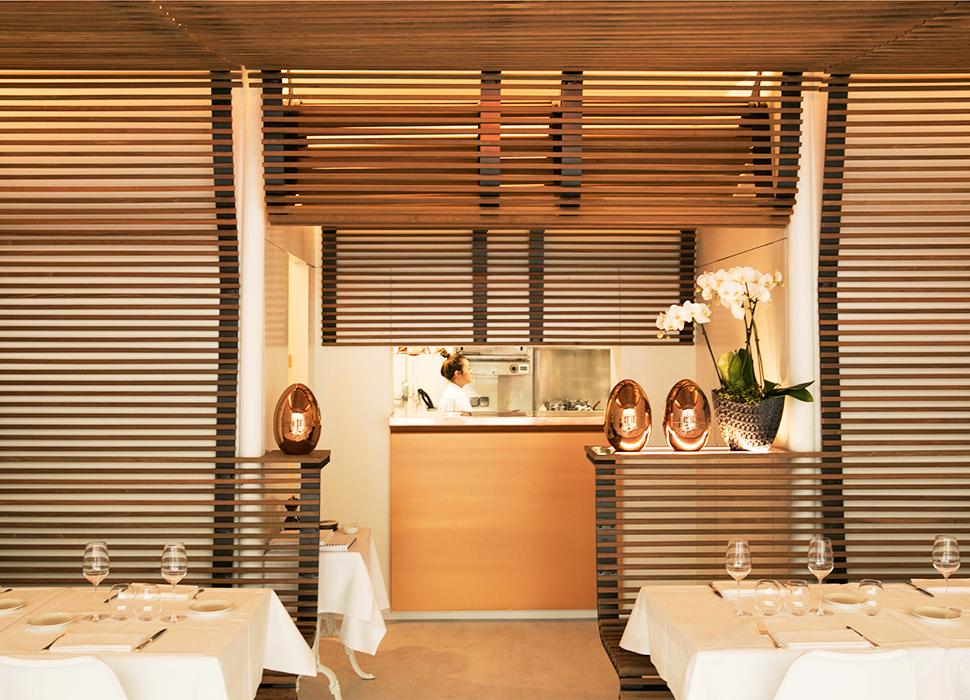 France, unsurprisingly, holds a constellation of Michelin stars, and about a quarter of them are in Paris. So you’re spoilt for choice – but this cool little Japanese-French restaurant is a good one to start with. The seasonal lunch menu – €45 (£41), Monday to Wednesday – is the ideal introduction to the cooking of Ryunosuke Naito and Kwen Liew, both time-served chefs who teamed up to bring together two of the world's great cuisines in style. Foie gras might come with daikon and black fungus, or roquefort mousse with umeboshi plum caramel – examples of the kind of daring combinations that are Pertinence's trademark. 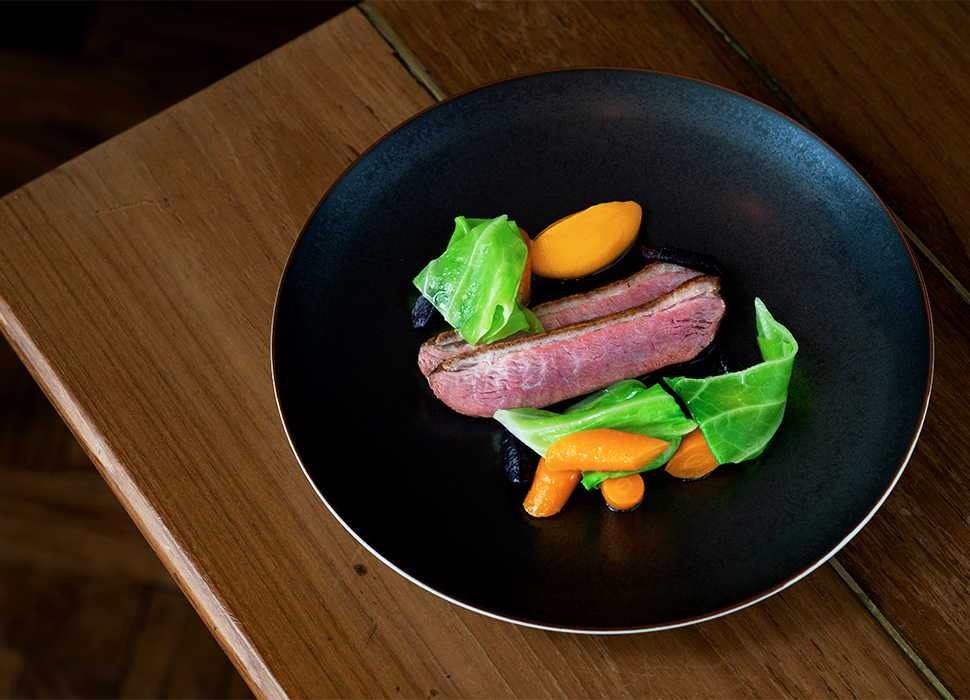 Two courses at £24, three at £29? This could be the tastiest bargain in the British Isles. For three crisp tenners you could be sat by the banks of the Lagan river tucking into adventurous, seasonal dishes like Irish duck with cabbage and earl grey or broad beans, Ballylisk cheese and mustard. Ox is a relaxed place with rigorous standards that has done much to bolster Belfast’s reputation as a foodie hotspot. 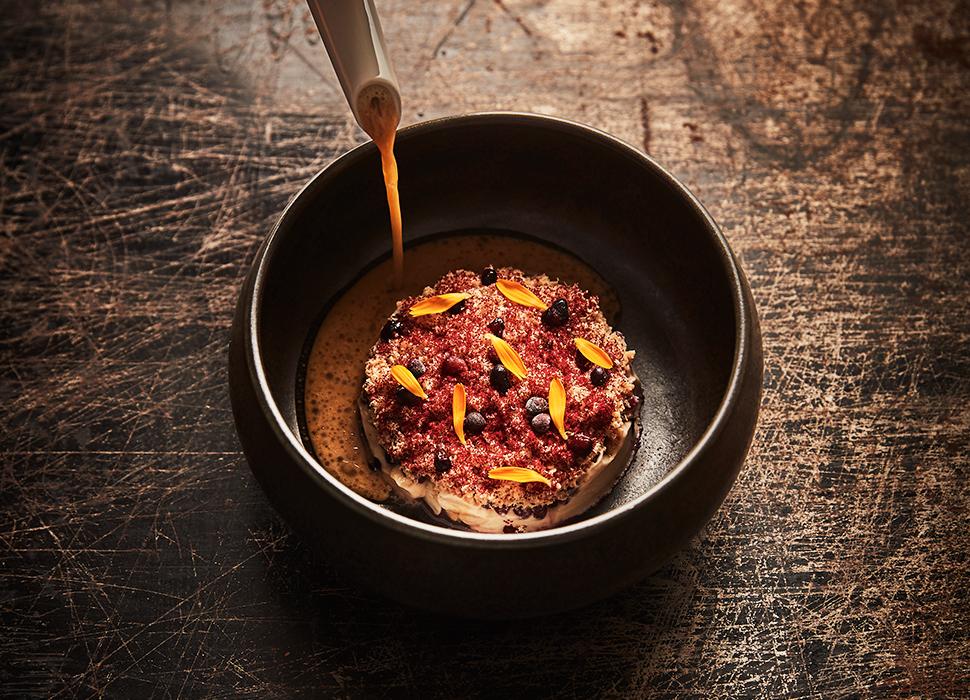 A dish of quail, pine nut, blackberry and straw at Field

Taking the pared-back Scandinavian approach to his cooking, chef Radek Kašpárek lets the ingredients do the talking in his relaxed Old Town restaurant, Field. At Monday-to-Friday lunch, 590CZK (about £20) bags you three courses and a coffee – with names like ‘salmon, mushroom, quinoa, black radish’ the dishes sound intriguing, but all benefit from Radek’s unfussy, confident touch and sideways-thinking creativity. 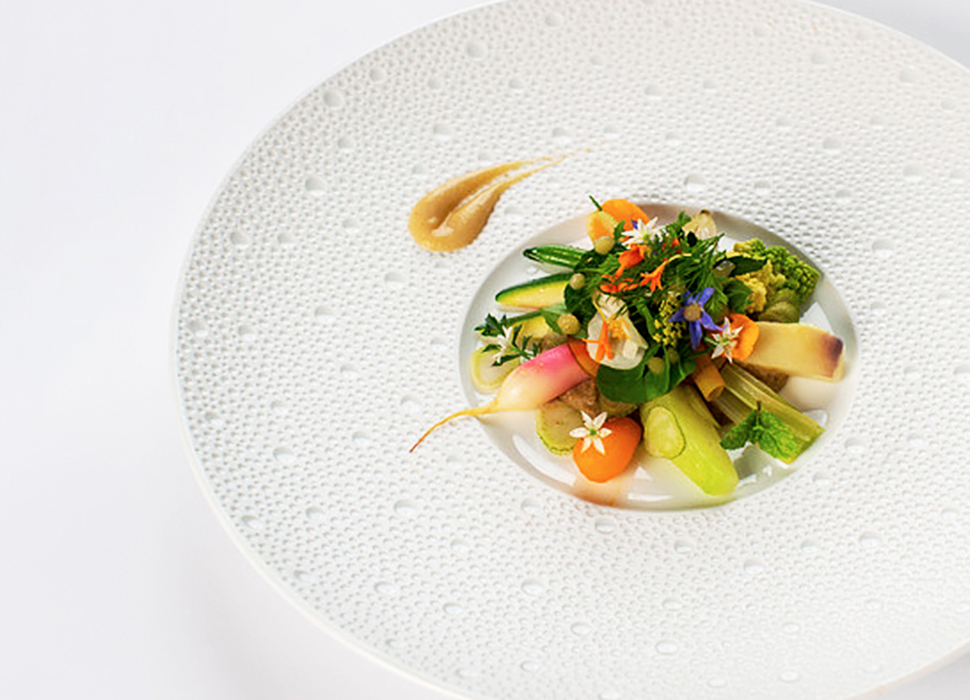 What is Dutch cuisine? Beyond the stereotypes, many outsiders might be hard pushed to say. Bolenius chef Luc Kusters is a driving force in this modern movement, which is as much about ethics and ethos as it is ingredients. He shows it off in this spare, modern space in the south of Amsterdam, and for €49 (£45) you can find out about it for yourself. In eating terms it means plenty of fruit, veg and herbs from the adjacent kitchen garden, arranged in painstakingly pretty arrangements, all making the most of the Netherlands' natural bounty. The Dutchness extends to the sense of fun and informality that runs through everything. 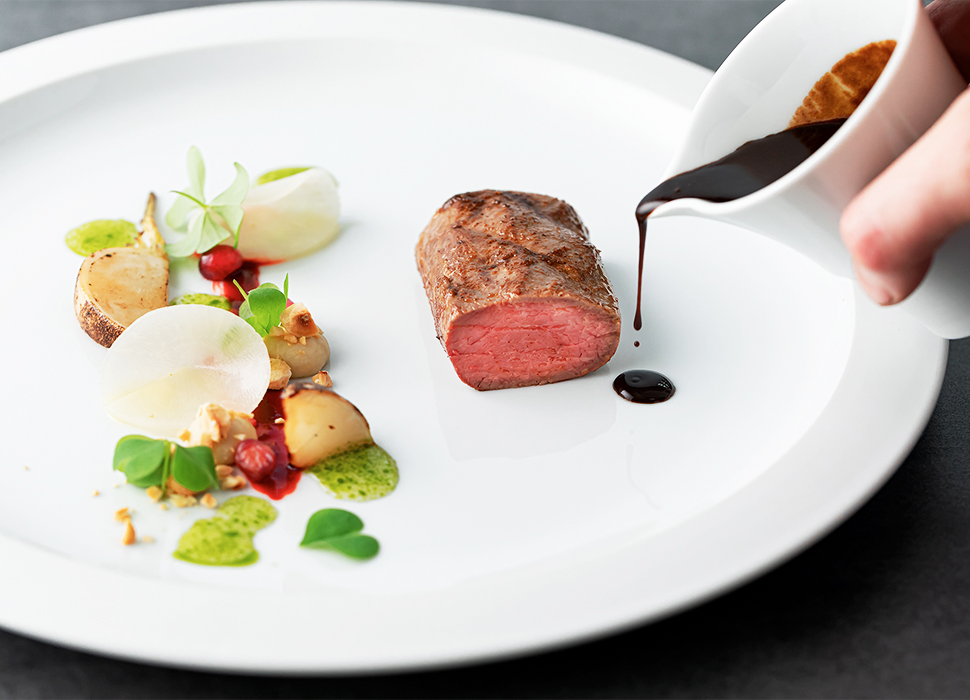 What’s better than an affordable one-Michelin-star lunch? An affordable two-Michelin-star lunch. At Facil, a modern restaurant in a hotel above Potsdamer Platz, two courses of assured and easy-on-the-eye cooking grounded in classical tradition can be enjoyed for €44 (£40) at lunchtime. Ask for a table by the fountains in the courtyard and tuck into Asian-influenced platefuls like octopus with miso and salted lemon or shoulder of lamb with yellow lentils and green curry. 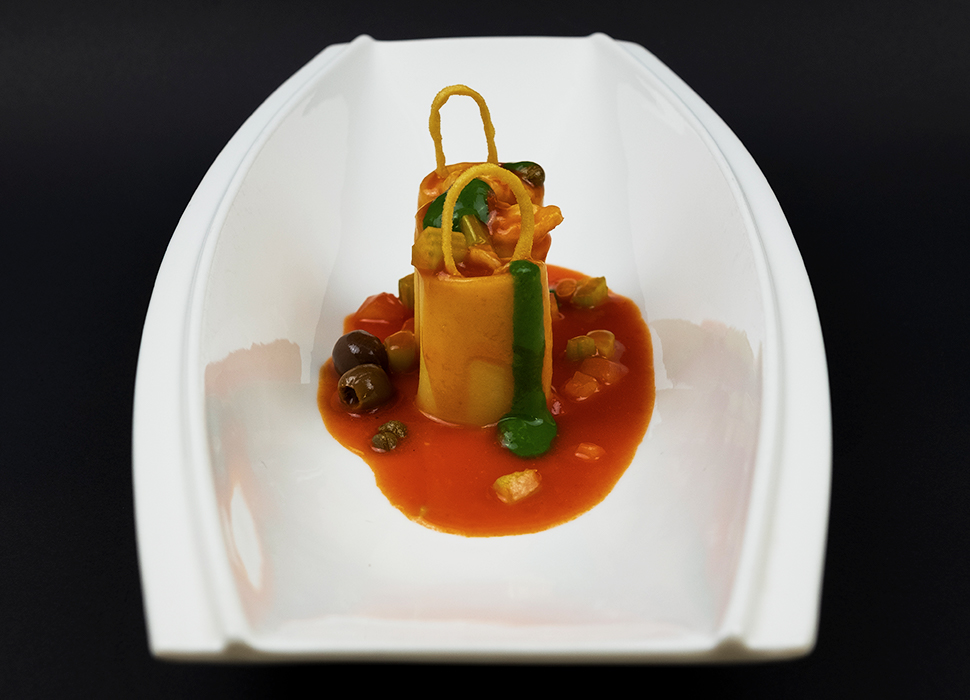 Sometimes the best meals are worth travelling for. In the hills outside Bergamo, a delightful city northeast of Milan, chef Umberto de Martino's eponymous restaurant in a pleasant inn has a good-value 'business lunch' at €35 – no suit and tie required, but you should make it your business to try it. The seafood-focused dishes (scampi with mozzarella and sea urchin, say, or pacchero pasta with creamed cod) are exacting but down-to-earth and go down even easier when you discover the deal includes a glass of wine, mineral water and coffee.