The hottest breaks for a bit of winter sun

Already missing summer? You'll find a few rays in these dreamy locations all year round

Dreaming of unspoilt beaches, warm terraces, and poolside sunbathing? It may nearly be winter, but the sun’s still shining in some parts of the continent. So make your holiday dreams and plan an out-of-season quest for some Vitamin D.

While home is grey, plan a beach stay at one of these European beaches with shores so beautiful they might just make you cry.

Or, get your kicks on one of the most amazing travel experiences of 2022.

The one for nostalgics 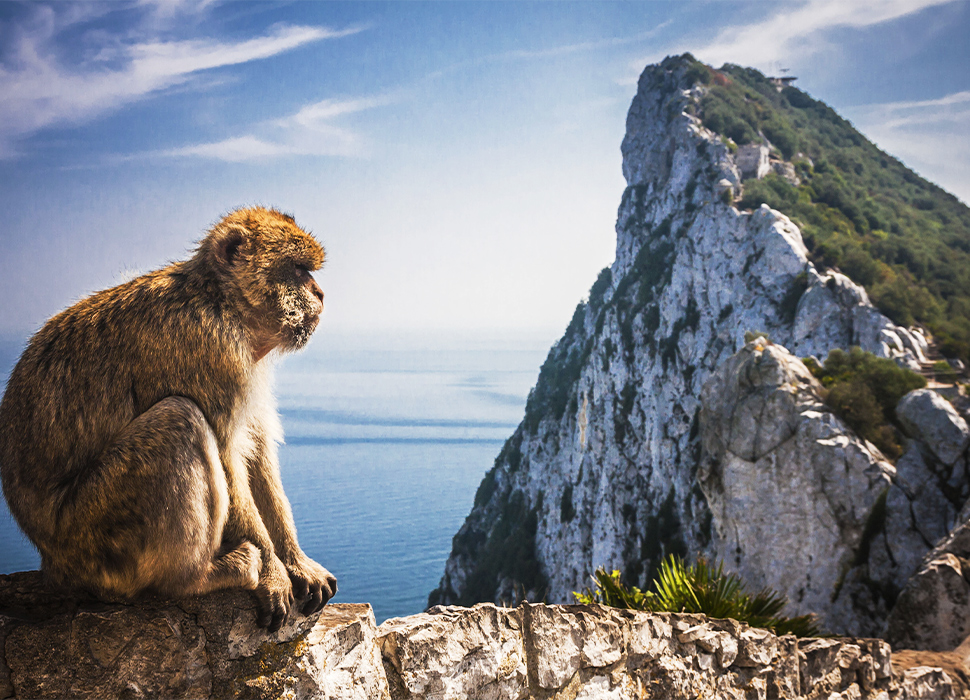 Monkey around on the Rock of Gibraltar / Image: Adobe Stock

WHAT A British Overseas Territory in southern Spain.

WHY Faded fish and chip shops, red pillar boxes and cosy pubs… no, this isn’t old Blighty (at least, not the mainland). Gibraltar is a British Overseas Territory on the tip of the Iberian Peninsula, so you can expect stuck-in-time Britannia with a balmy climate to match Marbella. Take a stroll around the higgledy-piggledy Old Town, where traditional Spanish facades mix with familiar British high-street shops.

DON'T MISS The mighty Rock of Gibraltar is the territory’s crowning natural sight. The limestone promontory is also home to Gibraltar’s most famous residents – the mischievous Barbary macaques, who you can spot monkeying around the Apes’ Den near the Rock’s middle cable-car station.

The one for going natural 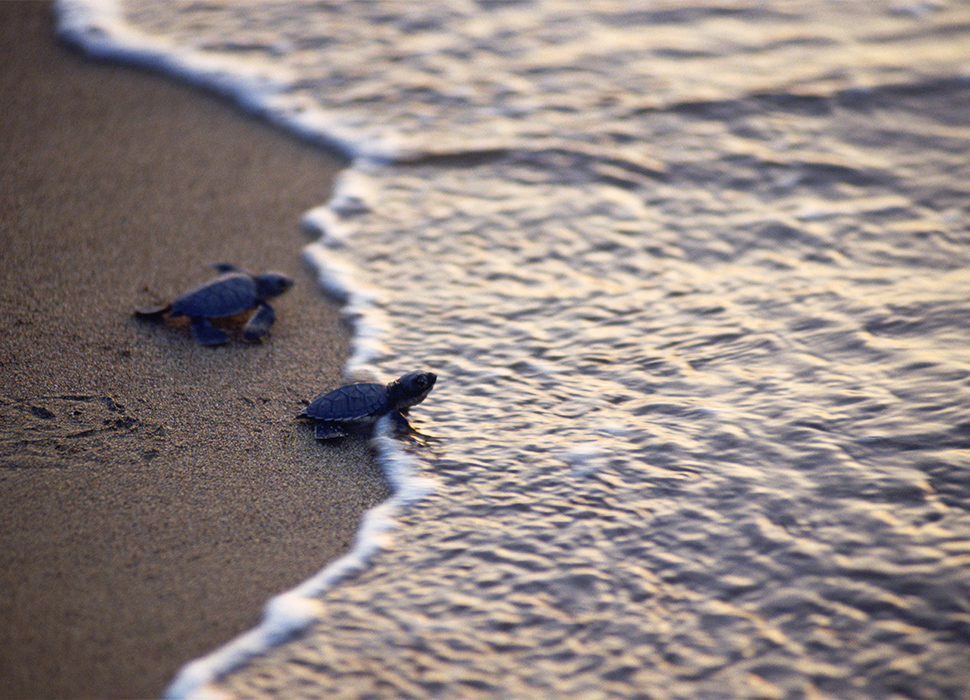 WHAT An island in the eastern Mediterranean Sea.

WHY With an average maximum temperature of around 27°C in October, Cyprus still boasts beach weather when the rest of the continent is cooling down. For the perfect mix of sun, sea, and nature, we recommend basing yourself in the western bit of the island – the area surrounding Paphos is chock-full of amazing archaeological sights and quiet stretches of sand. Make your first stop Lara Bay, a peaceful beach populated by heaps of green and loggerhead turtles who love nothing more than flapping around in the white sand.

The one for adventure lovers 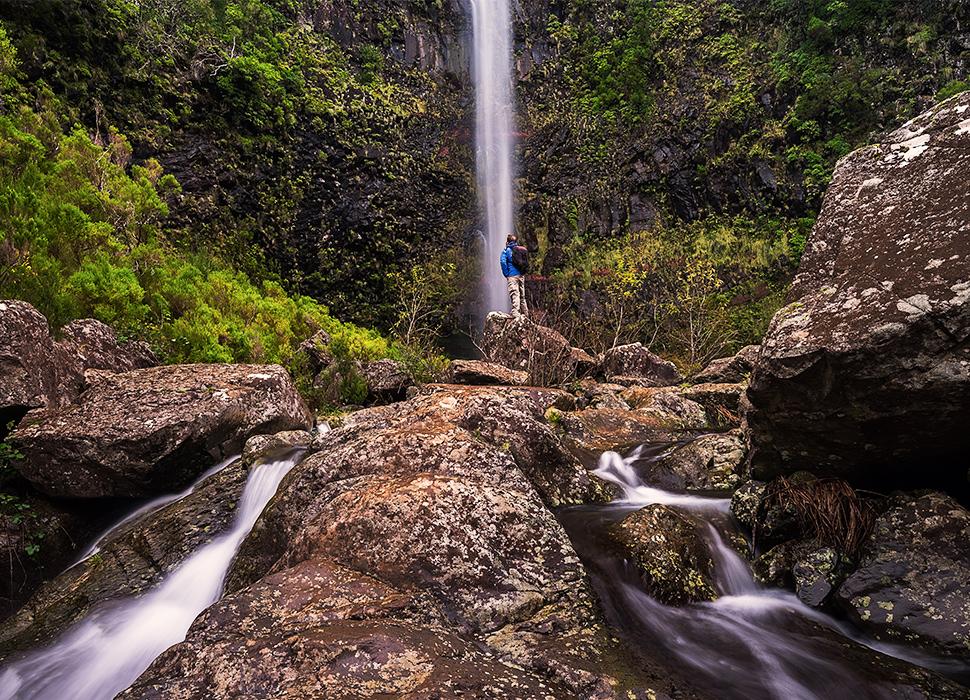 Do go chasing waterfalls in Madeira

WHAT An autonomous Portuguese island off the coast of Morocco.

WHY Madeira has a sub-tropical climate that stays pleasantly sunny year-round. It’s also dominated by slumbering volcanoes and thick forests, which makes it an ideal pick for an adventurous holiday. Take in Madeira’s confounding natural landscape on a hike across one of the many ‘levada’ trails – paths that follow the extensive irrigation canals that criss-cross the island, running under waterfalls and over mist-shrouded mountains.

DON'T MISS If you want to truly get away from it all, play castaway aboard the Bonita da Madeira – a 23m wooden ship that makes excursions to the nearby Deserta Islands, which, as the name suggests, are wonderfully deserted.

Read more: These are the most thrilling things to do on Madeira

The one for beaches galore 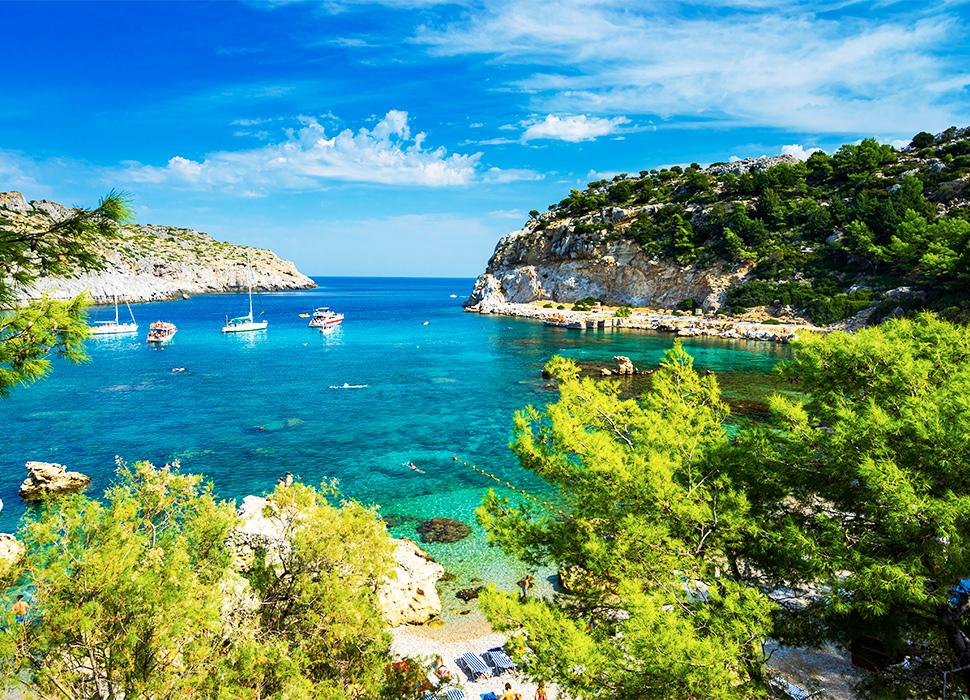 Ladiko Beach is an ideal place to lay your towel / Image: Adobe Stock

WHAT The largest of Greece's Dodecanese islands.

WHY Does your ideal holiday involve the beach and not much else? Then opt for Rhodes, whose southerly position means flop-on-the-sand-season stretches into late October (flights between Rhodes and the UK run until November 6 in 2022). Ladiko beach is the most famous on the island, and for good reason – with clear water, honey-coloured sand and lovely tavernas, it’s ideal for chilling to the max. But if you like your beaches a bit more under the radar, try Agios Georgios, a stunning secret cove lapped by warm turquoise water.

DON'T MISS When you need a tanning time out, take a stroll through the cobbled alleyways of the heart-stopping Old Town to shop for souvenirs while admiring the sun-bleached ancient ruins.

Read more: Which Greek island is right for you?

The one for balancing old and new 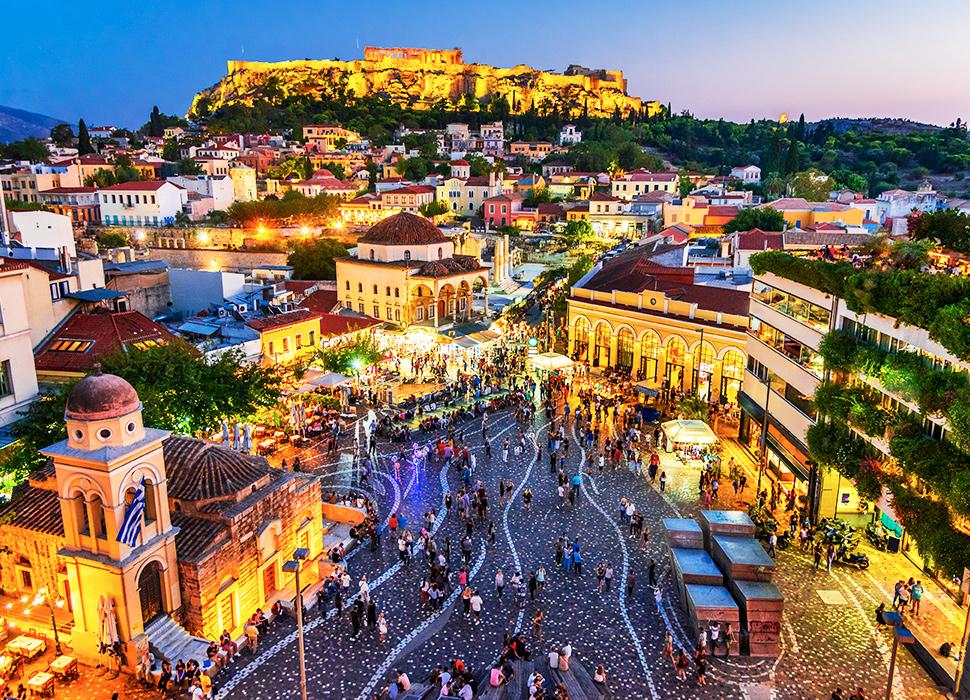 WHAT The Greek capital needs no introduction.

WHY Athens' cache of world-class sights speaks for itself. From the mighty hilltop Acropolis to the imposing Temple of Olympian Zeus, ancient history lives side by side with modern life in this fascinating city. Sure, you should stake out time in your diary to see all of the capital’s incredible landmarks – but don’t neglect the new Athens either, which teems with creative energy and a ragged party spirit.

DON'T MISS Start your day on a high note by sipping potent Greek coffee at the rooftop Public Café before strolling through the graffiti’d streets of Psyrri, a cool residential neighbourhood crammed with laidback restaurants and rowdy bars.

Read more: Take coffee with a view in Athens

One for child-friendly fun 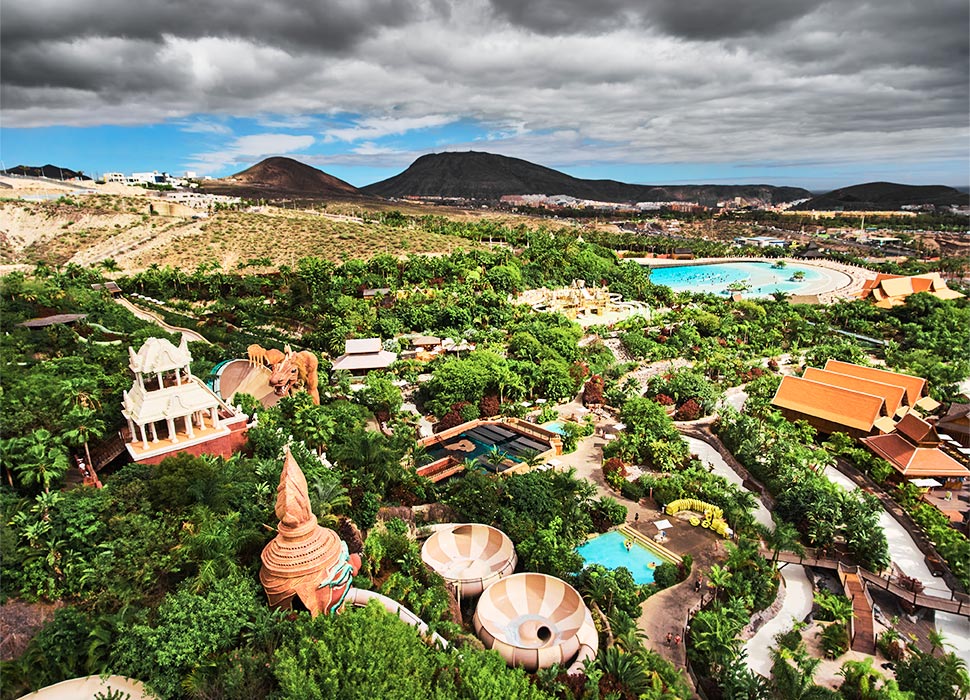 WHAT The largest of Spain’s Canary Islands.

WHY Packed with sandy beaches and natural sea pools (head to the calmer waters in Bajamar, on the north coast, for a family-friendly dip that’s more warm bath than wild swim), Tenerife is a natural playground in itself. The ocean surrounding western Tenerife was recently declared Europe’s first Whale Heritage site – perfect to keep young eyes wide and excited – and if glimpsing the mighty creatures by boat isn’t enough, head to Marina San Miguel for a submarine safari.

DON’T MISS Repeatedly crowned Tripadvisor’s number one waterpark in the world, Siam Park is a tropical adventureland for little and big kids alike. Get your thrill fix on their rides and rapids or chill out on the Lazy River; the Sawasdee Children’s Zone even replicates the adult rides in mini form.

One for bohemian living 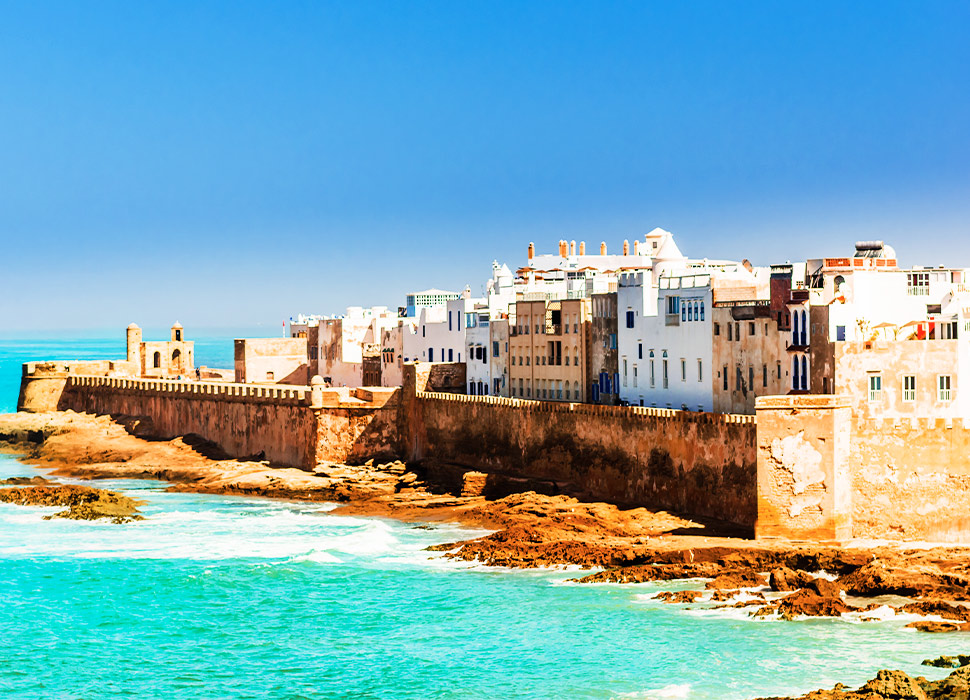 WHAT Coastal city in the west of Morocco.

WHY If the intense hustle and bustle of Marrakech sounds a bit too much like hard work, skip the crowds and head to Essaouira. Around three hours away in the car, but a million years away in vibe, you can mooch around local shops selling handmade products with comparatively little hassle before heading for a relaxing mint tea and a stroll along the beach. The vast number of friendly cats strolling the streets only add to the laid back atmosphere.

DON’T MISS A working port city, Essaouira specialises in freshly-caught seafood. Along the seafront, rows of unfussy shack-style restaurants displaying their wares all provide cheap and delicious fare; just point at what you want and they’ll cook it on the spot. 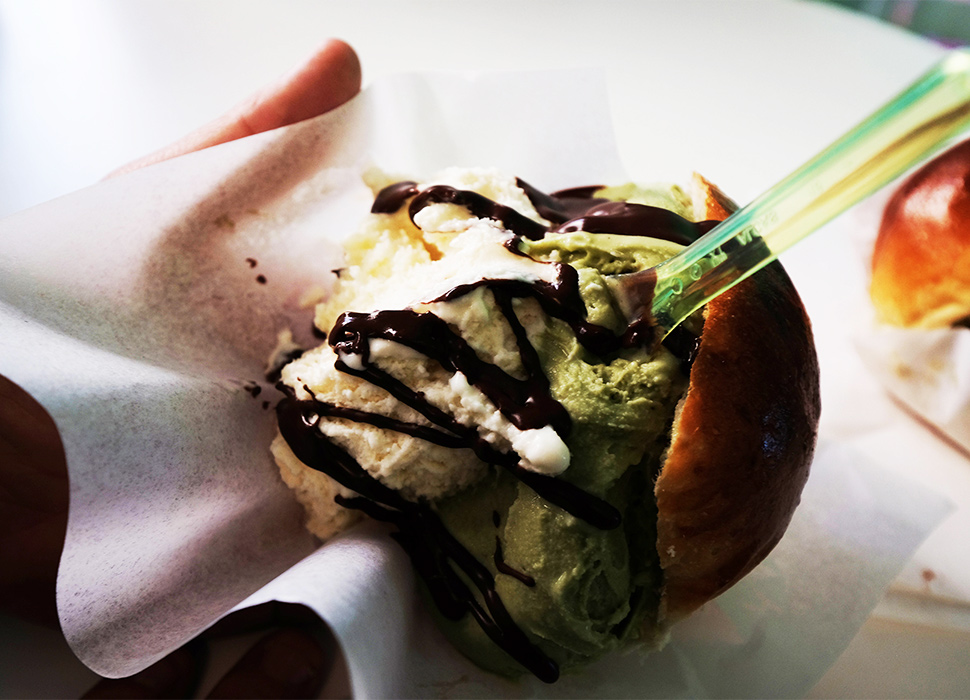 WHAT The Med’s largest island, near the toe of Italy’s boot.

WHY A glutton’s paradise, the locally-sourced nature of Sicilian food makes it a cousin rather than a twin to the cuisine of neighbouring Italy. Throughout the year, festivals celebrating ingredients from couscous (September) to the prickly pear (October) provide a window into the way the region thinks: prioritising homegrown produce and embracing the seasons, eat your way around an area that’s fresh, natural and obnoxiously delicious.

DON’T MISS Sold in gelaterias across Sicily, the island’s famous Brioche con Gelato is a slice of decadent simplicity. Often eaten for breakfast because locals know how to start the day right, the combination of fluffy bun and cool ice cream (pistachio is traditional) will put American ice cream sandwiches to shame.

Read more: The most beautiful islands to visit around Sicily 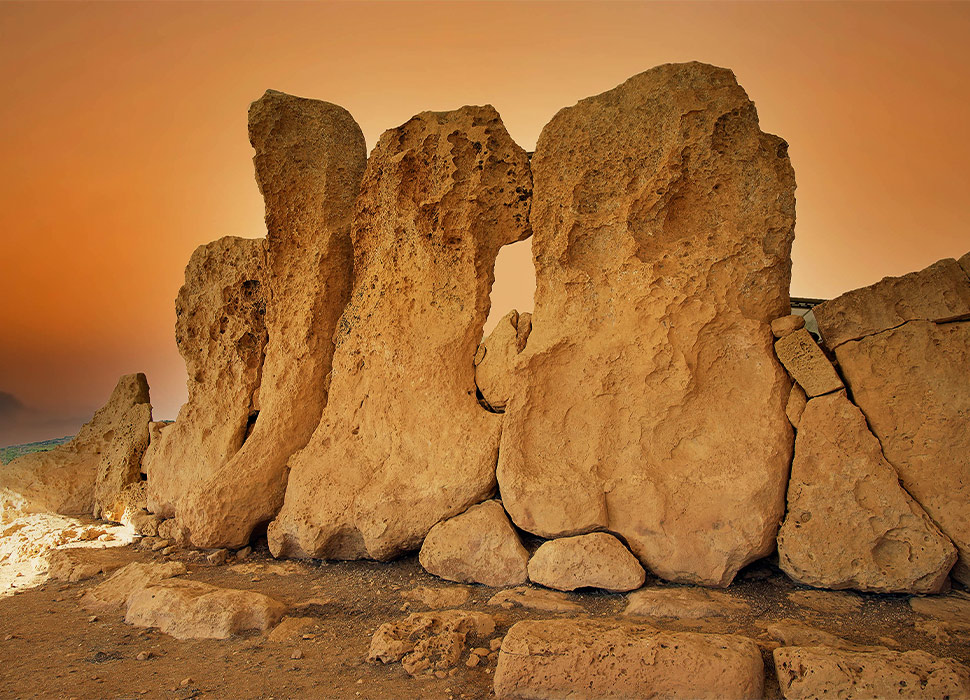 WHAT A small Mediterranean island, south of Sicily.

WHY Packing more of a punch than its relatively titchy square mileage might suggest, Malta is home to no less than three World Heritage Sites including the excellently-named Megalithic Temples and its capital city of Valletta - 2018’s European City of Culture. Full of fossil-studded cliffs and prehistoric marvels at every turn, it’ll provide a hit for the brain as well as a sunny treat for the body.

DON’T MISS Malta’s third Heritage Site – the labyrinthine underground chambers of the Ħal Saflieni Hypogeum – are like nothing you’ll have ever seen. Dating back to 3000 BC and covering 500 square metres, it’s thought that the burial chambers have housed more than 7000 bodies. It gets busy though; aim to pre-book your visit as early as possible. 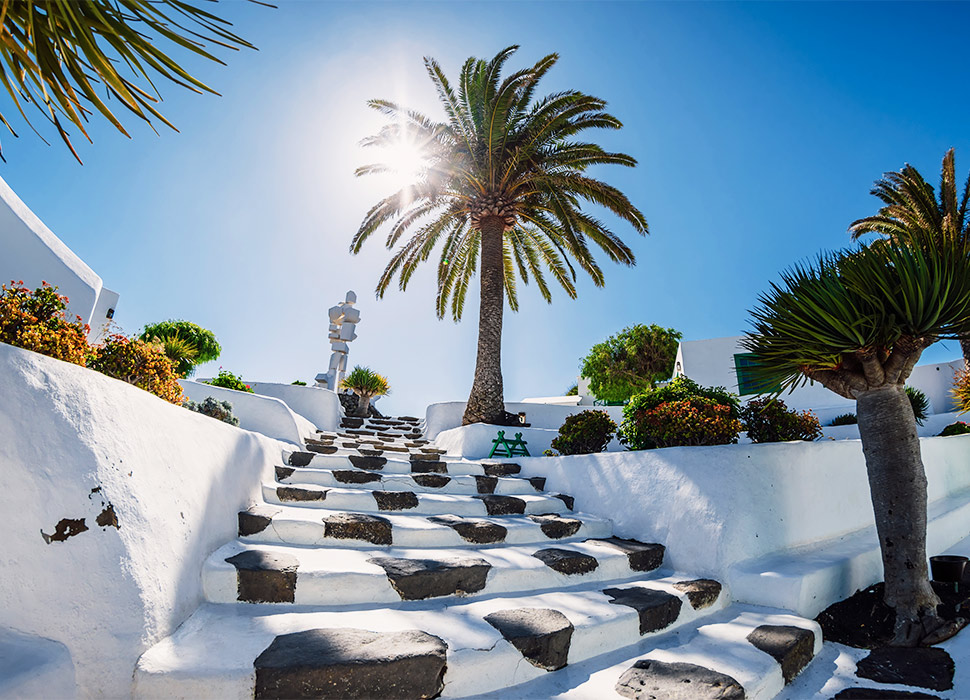 WHAT Spanish island at the northernmost tip of the Canaries.

WHY A Unesco Geopark, Lanzarote’s natural drama (lava fields and volcanic craters abound) comes offset by a series of manmade delights, courtesy of noted local architect Cesar Manrique. Integrating the island’s inherent beauty into his work, tour his Cactus Garden - transformed from an abandoned quarry - or the extraordinary views from Mirador del Rio to begin to get a glimpse of the brain responsible for so much of the region’s modern landscape.

DON’T MISS The Cesar Manrique Foundation – located in Tahiche – is where the man himself lived for two decades. Featuring rooms built in the spaces left by volcanic bubbles and connected by tunnels, it’s a triumph of humans and nature working hand in hand.