Beaches in Hurghada look like this well into winter (we promise) / Image: Adobe Stock

The best places to find some late-season sun this November

Holiday season's over, right? Wrong. We may be approaching winter, but there are plenty of dreamy destinations on the easyJet network that remain utterly balmy. Here's the best of them

Beaches in Hurghada look like this well into winter (we promise) / Image: Adobe Stock

With autumn well underway, it might seem as though the best months to visit Europe are over. Not so! And those who’ve had the chance to explore the continent in the autumn know that traveling off-season is, well, kind of the best.

Not only can you swerve the suffocating over-tourism of visitor influx in the peak months, but travel also tends to be a tad more affordable. Crucially, you won’t be giving up the sun either – as long as you know where to look for it.

Here's our list of go-to destinations on the easyJet network that are perfect for visiting this month. Just don’t forget the sunscreen.

Got a taste for the sandy stuff? These are the most beautiful beaches in Europe.

And hey, these ones are just as dreamy but rather lesser known. 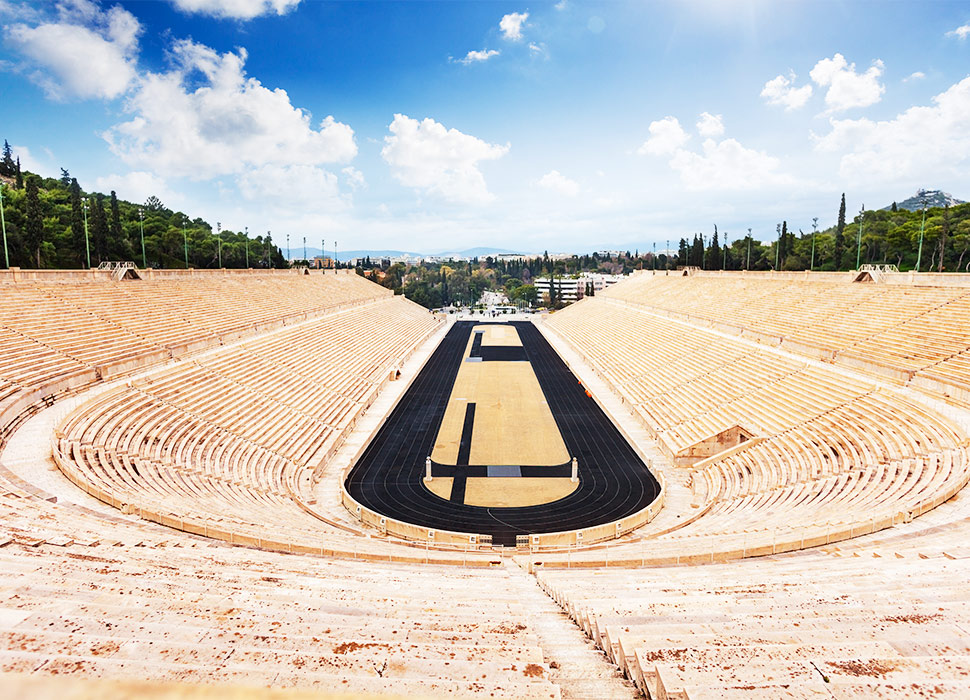 Hot-foot it in the sun at this year's Athens Marathon, held at the Panathenaic Stadium / 123rf

Visit the still-beating heart of Ancient Greece in the capital of Athens. Temperatures are mild throughout the autumn, which makes this Mediterranean hub a perfect place to soak up some late-season sun while ambling around ancient ruins, necking alfresco coffee, or ferrying to myriad darling Greek islands. What’s more, the famous Athens Marathon takes place in early November – choose to run in the footsteps of the ancient Gods or watch the race from the Panathenaic Stadium. 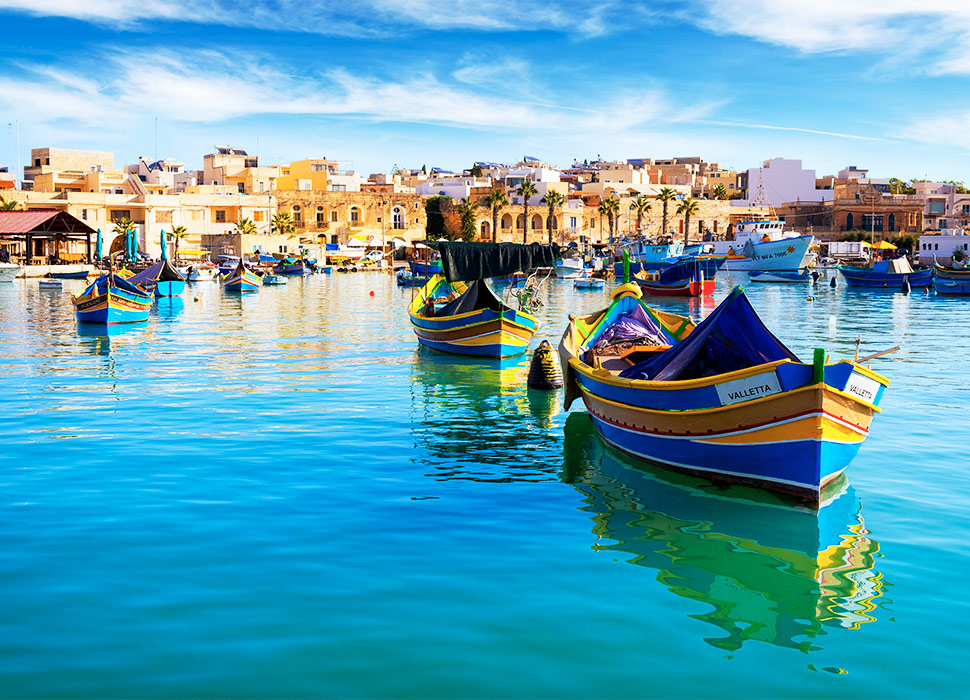 Adrift in the southern Mediterranean – sat between Sicily and the North African coast – Malta is a dreamy archipelago nation with a rich history. Its islands are home to three UNESCO World Heritage Sites: the beautiful capital city of Valletta; seven megalithic temple complexes (including the Ġgantija Temples – the oldest free-standing monuments in the world); and the Hal Saflieni Hypogeum, a sprawling prehistoric gem, dated between 3600 and 2400 BCE. Being stuck in the lower Med’s balmy expanses, the country is also popular for snorkelling and diving, its coasts flecked with shipwrecks and aquatic artefacts from the Second World War. 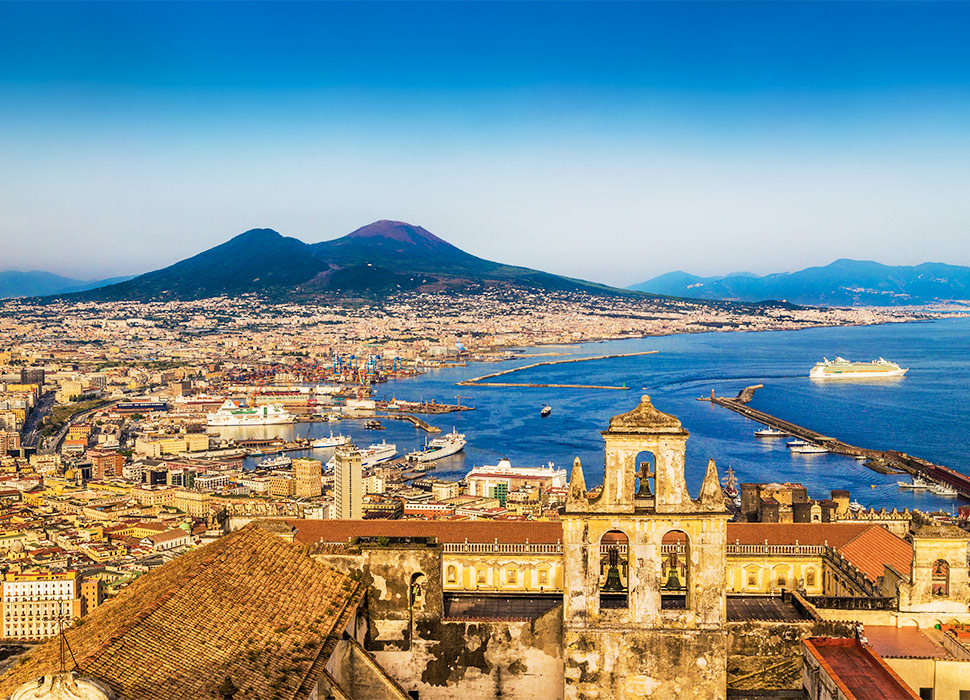 Mount Vesuvius looms over Naples (and all the pizzas therein) / Image: 123rf

Welcome, gastronauts, to pizza’s ground zero. The churning, chaotic and beautifully atmospheric city of Naples is a foodie’s feverdream, home to edible gems like sfogliatelle (dense ‘lobster tail’-shaped pastries filled with ricotta); pasta e fagioli (pasta in a peasant soup of beans and pork); and, of course, the head-turning margherita and marinara pizzas (they’re very pared back on toppings) for which it's so lauded. The UNESCO World Heritage sites of Pompeii and Herculaneum are also close to the city, while the emerald islands of Capri, Ischia and Procida are only a boat ride away. Whether you decide to stay and bask in its inimitable urban character, or continue down the coast towards Amalfi and Sorrento, it'd be a grave error to skip Naples on your next Italian adventure. 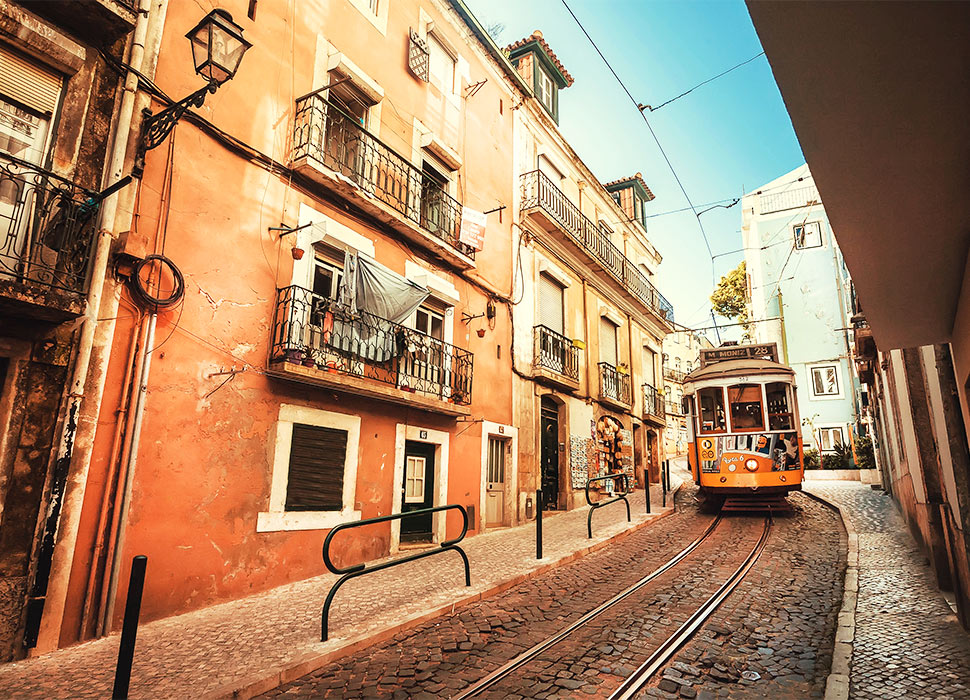 Portugal’s coastal capital is fully deserving of the hype, with diverse culture, art, nightlife and lofty, panoramic viewpoints, the air lilting with the strains of fado music. Snaffle pasteis de nata as you people-watch in buzzy Belém or Bairro Alto, then track through the narrow streets on a trademark yellow tram, before getting lost in the picturesque warren of alleyways in the Alfama district (Lisbon's oldest, having not being levelled by the 1755 earthquake). Less than an hour away is the UNESCO World Heritage city of Sintra, where colourful, fairytale castles will have you wondering if you’ve stepped into an alternate autumn dream world. 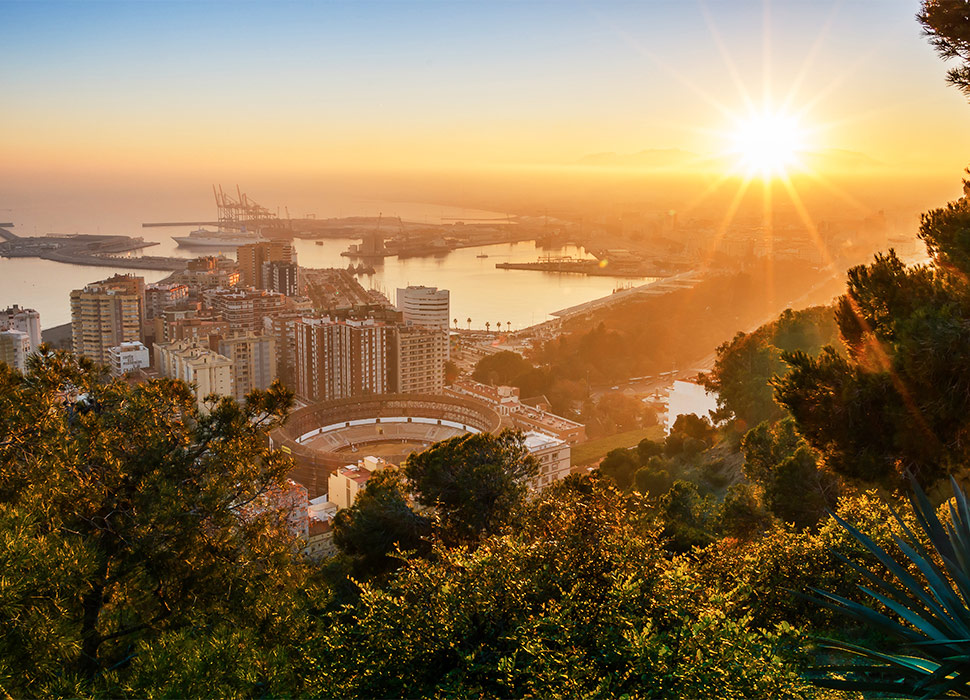 Malaga is an often-underrated Spanish gem (especially at this time of year) / Image: 123rf

Situated on southern Spain's Costa del Sol, Malaga is the birthplace of Picasso and a city known for its plethora of castles, scenic beaches and excellent restaurants. After taking in the town from one of its many viewpoints, hoofing back superlative local produce at the Mercado Central de Atarazanas, and making melodious memories at the Museo Interactivo de la Música, it’ll be time to embrace the city’s wicked tapas and electric nightlife. For a fine day trip, test your mettle on the jaw-dropping Caminito del Rey hike, say ¡hola! to the wild monkeys of Gibraltar, or take a drive to the swooningly atmospheric city of Granada. 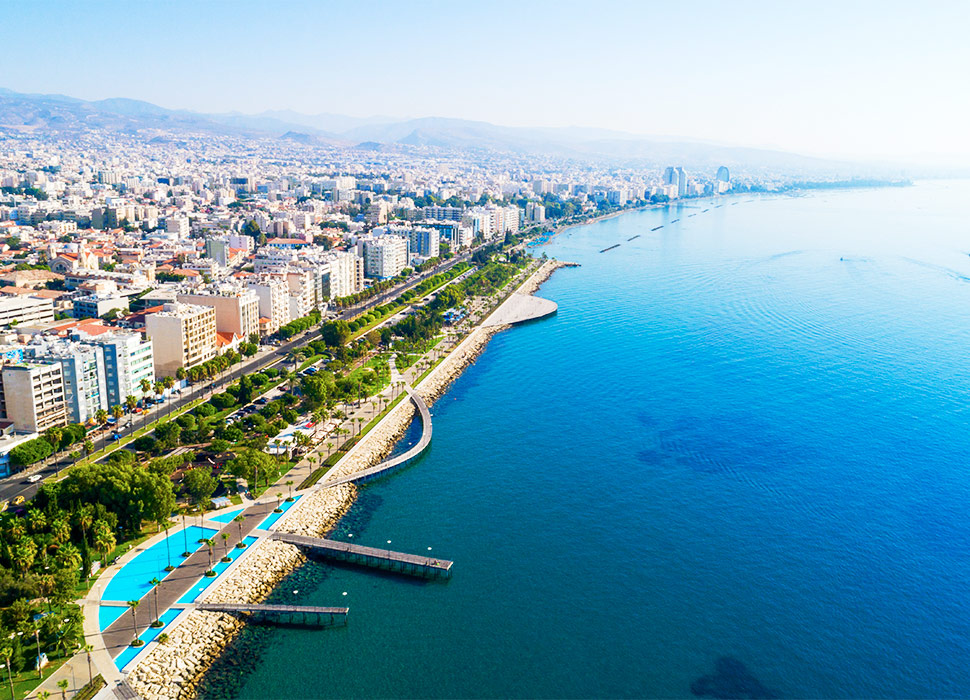 If you love all-inclusive hotels, cosmopolitan vibes and a bustling, marina-based nightlife, then head on over to Limassol, a city on the southern coast of Cyprus. Whether you’re after UNESCO-protected archaeology parks, mezze feasts at traditional tavernas, luxuriating in the shining levels of a perfect blue lagoon, or simply spending some time ambling the beautiful local mountains, Limassol offers the perfect melding of historical clout and a lively, modern-city lifestyle. 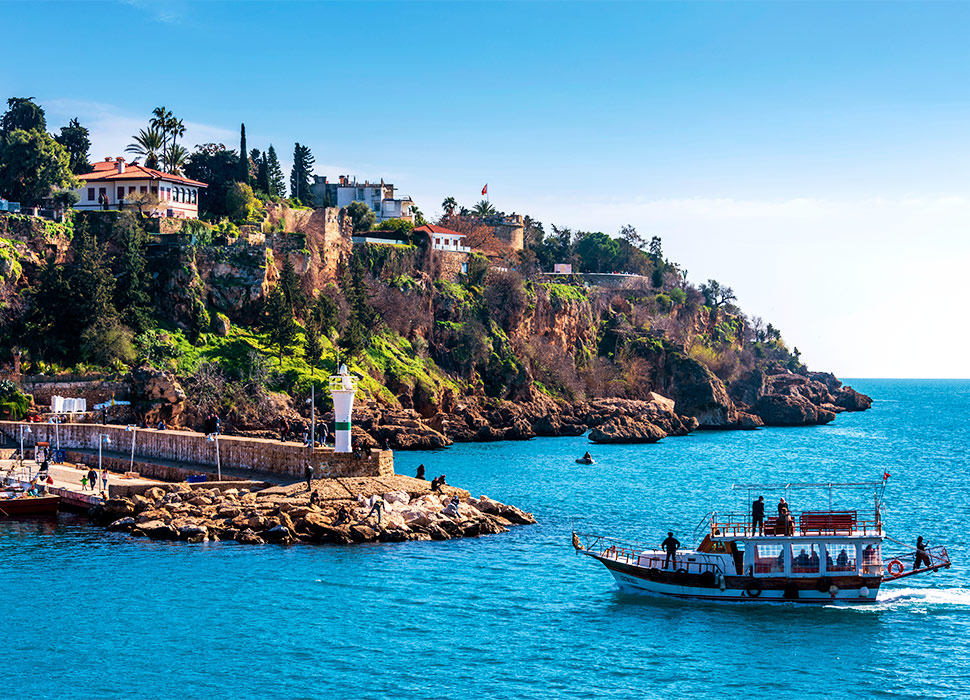 Antalya's coastal water features are one of its key attractions / Image: 123rf

Antalya is widely regarded as one of Turkey's top resort towns, and for very good reason. The turquoise coast is known for its mix of beautiful beaches, historical sites and magnificent natural water features. Today, you can have a Turkish coffee in what used to be the major Roman port of Kaleiçi, view the Düden waterfalls from a boat, or hike up to a ruin in the mountains. A trip to Antalya will not only open you to modern-day Turkey, but also to its rich past. 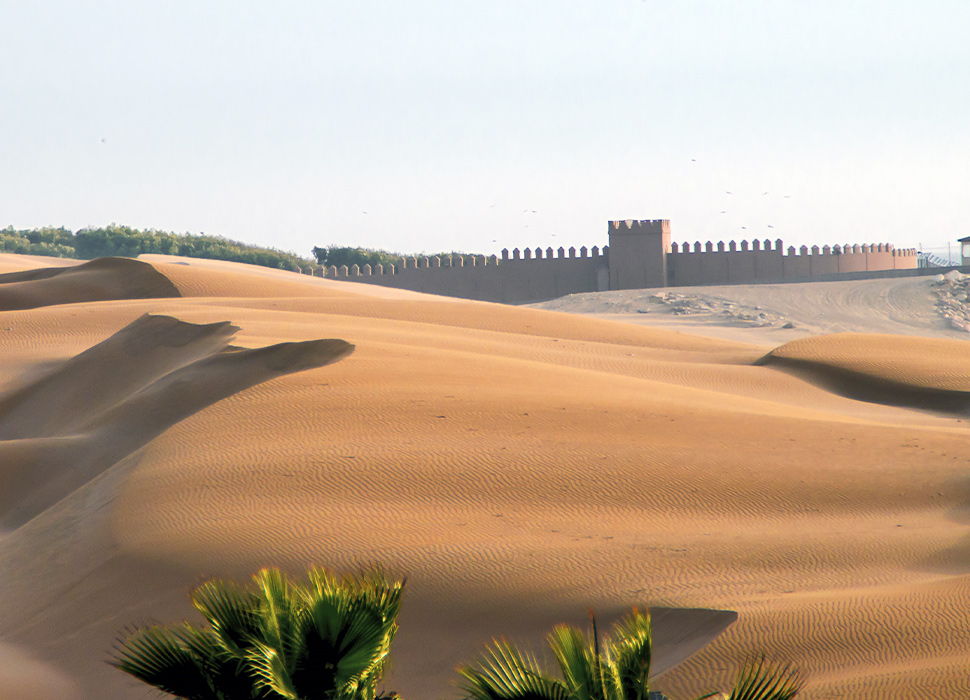 The ancient fortress of Agadir peeks above the dunes / Image: Adobe Stock

Delectable tagines? Toasty sands? Gangs of doe-eyed camelids? All a shoe-in with a trip to the Moroccan seaside city of Agadir. Situated along this stretch of the north African country’s west coast are some of its best beach resorts, riads and surf hostels. After perambulating the beautiful mosques in the center, take a day trip to Taghazout to catch some waves, swim in a natural pool in Paradise Valley, or skirt the coast up to the UNESCO World Heritage-listed town of Essaouira. 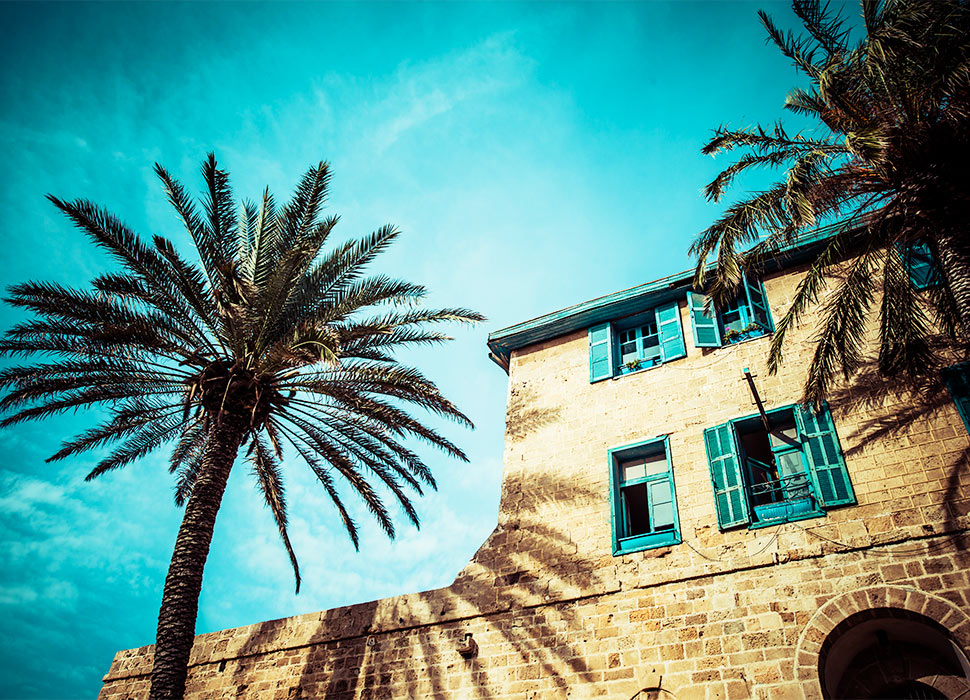 Known for its vibrant beach culture, banging nightlife and wealth of Bauhaus architecture (among many other things), Tel Aviv is Israel's  most vibrant and eclectic city. Whether nibbling falafel or strolling through the preserved Arab port town of Jaffa, this modern metropolis is sure to enthrall with its amalgam of contemporary colour and traditional atmosphere. For a total change of scenery, make a visit to the capital city of Jerusalem, or head towards the lowest point on earth to float in the Dead Sea. You’ll quickly forget that it’s November. 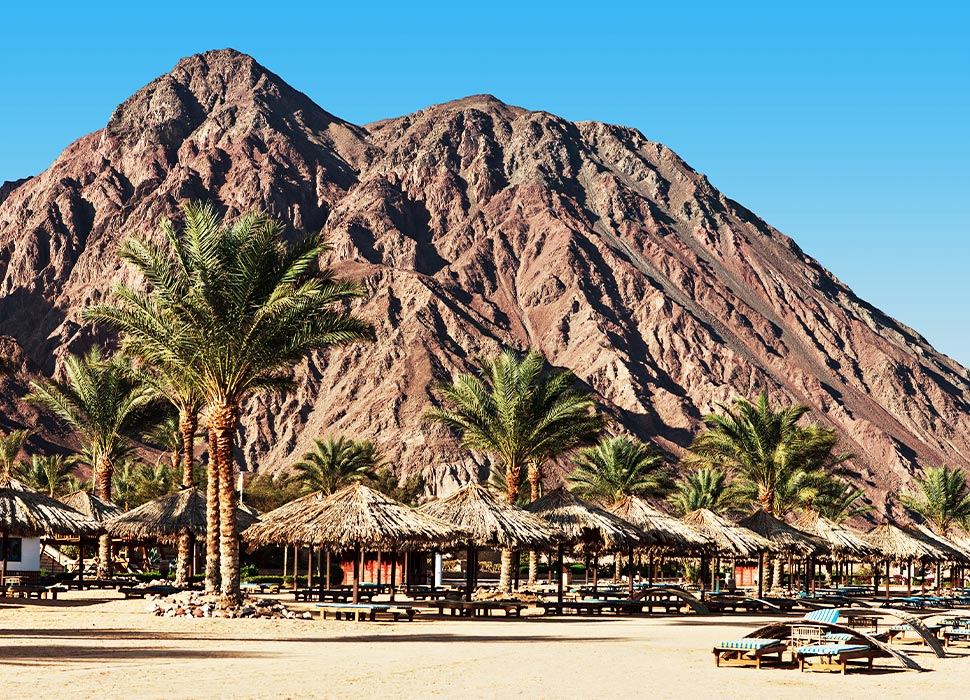 Sat on the Red Sea, across the Gulf of Suez from Sharm el Sheikh, you'll find the dreamy beach resort of Hurghada. For an authentic taste of Egypt, head over to El Dahar square to find a produce market and shops selling leather, spices and other goods. Meanwhile, topography fans can head into the hills on the Red Sea Mountain Trail (Egypt’s longest hike, and for which Hurghada is the defacto jumping off point); or, if a bit of aquatic action is more to your taste, take to the seas and the town’s vast array of water sports, from parasailing and snorkelling to diving. If you’re lucky, you might even catch a glimpse of dolphins.