The wellness trend you have to try: cow cuddling / Image: Miquel Gonzalez

These are the most incredible travel experiences of 2021

From a museum in the sea to yoga in the buff, here's the easyJet Traveller best-of 2021 – the ultimate things to look forward to doing around Europe this year

The wellness trend you have to try: cow cuddling / Image: Miquel Gonzalez

We've looked high and low and even in a few cowsheds to find you the best travel experiences of 2021 – unforgettable venues, dishes and things to do that you can look forward to trying once we can all travel freely once again.
Let's face it, we need some reasons to be cheerful, and here are 12 of the very best, from epic bridges to blissful cycle trails, alcohol-free cocktails to avocado-fuelled burgers. Picked by the editors and experts at easyJet Traveller. 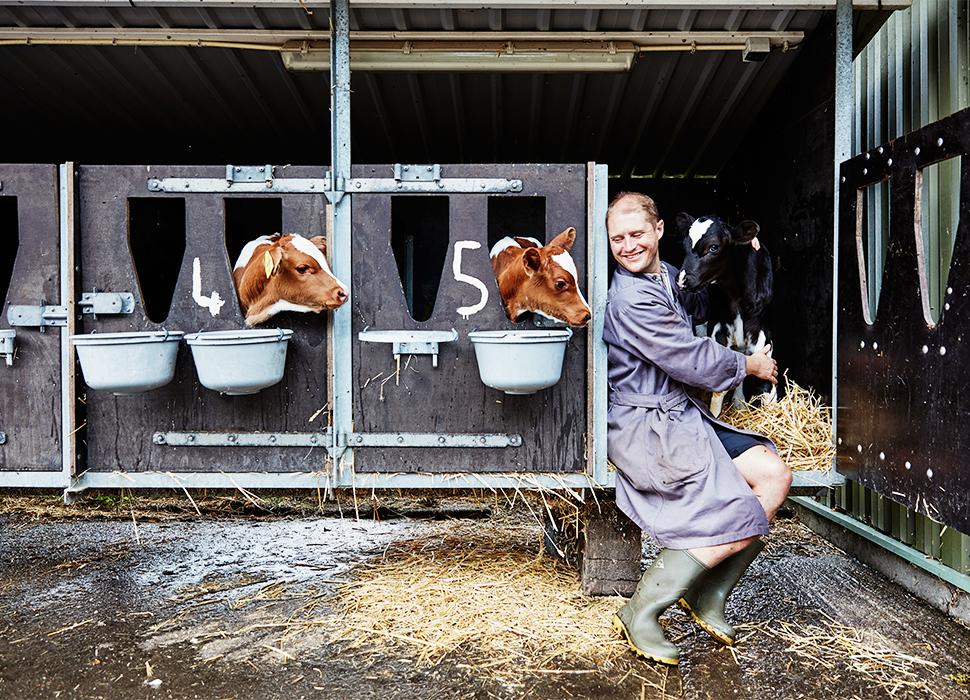 Cow cuddling is sure to put you in a good moo-d / Image: Miquel Gonzalez

We’ve seen goat yoga, emotional support animals and rewilding ourselves with wolves, but the most recent wellness trend involving animals is ‘cow cuddling’. The concept is simple – you get to snuggle in with a receptive bovine and enjoy the calming effect that being so up close and personal with one of these docile beasts brings. We think it’s… ahem… udderly delightful.

Although it was brought to light this year by a farm in New York state, cow cuddling has actually been going on at dairy farm Kastanje Hoeve in the Netherlands (where it’s known as koe knuffelen) for a lot longer. Els and Gerard Milatz have been running sessions as part of a farm tour for people from all over the world for some 13 years.

The tiny village of Beets, around a 40-minute drive from Amsterdam. 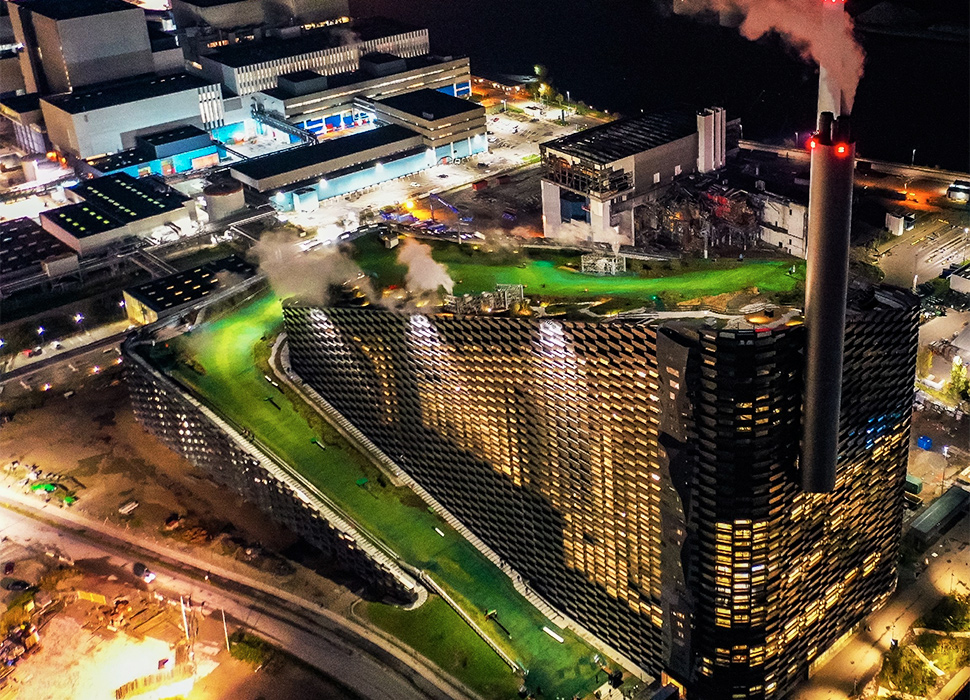 Copenhill takes the idea of a green run to a new level / Image: Copenhill/Max Mestour and Amelie Louys

Is there anywhere else you can ski on a high-tech artificial slope on the side of a waste-to-energy power plant that serves 60,000 Danish homes? Nope. Copenhill isn’t just a novelty, though. The new dry ski slope’s special Neveplast surface makes it feel like you’re sliding down a real snowy piste, but with sweeping views of Copenhagen rather than sugar-topped mountains. Once you’re finished skiing you can have an après-ski tipple at the bar, follow hiking and jogging trails, wander the urban park or scale the side of the building on the just-opened tallest climbing wall in the world.

Danish starchitect Bjarke Ingels and his team at BIG designed Copenhill ski slope and the other sports activities that adorn the Amager Bakke power plant. “It means that suddenly a power plant, which would normally be a wasted opportunity, can become the bedrock for the social and cultural life of the city,” says Ingels.

Copenhagen, in the district of Amager. 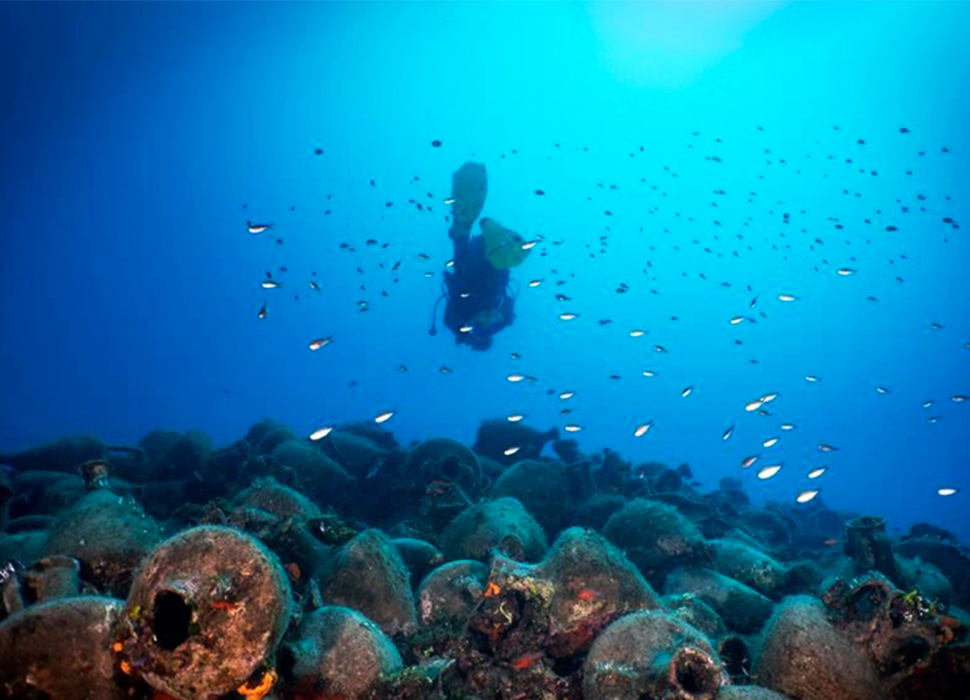 All right, we’ll admit it – as impressive as museums can be, they can sometimes be a bit dry. This one, however, is so wet you have to don scuba gear to see it. Hidden 24m below sea level off the coast of the Greek island Alonissos, the site of ancient Greek ship Peristera opened to the public in August 2020, having been only accessible to archaeologists and special visitors. Dive in with an authorised guide and you can explore the wreckage of the 2,000-year-old merchant vessel, which includes 4,000 amphorae (clay wine jars), cups, plates and other tableware.

The initial discovery of the ship was made by local fisherman Dimitris Mavrikis in 1985.

​​The underwater museum is in the National Marine Park of Alonissos and Northern Sporades in the Aegean Sea. You can access it off the island of Alonissos, a three-or-four-hour ferry ride from Volos. 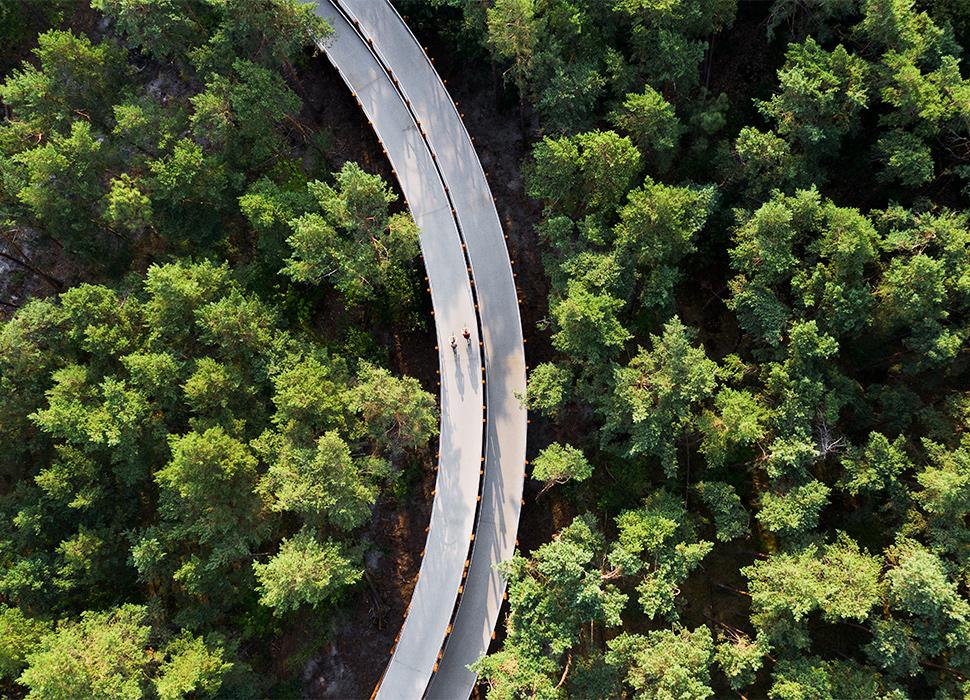 Go for a spin through the treetops on the Cycling Through the Trees bike path / Image: James Cannon

Cycling Through the Trees

In the past year, spending leisure time outside has become a priority for so many of us – and we’ve been on the lookout for new ways to do that. Cycling Through the Trees in the Pijnven nature reserve in Belgium gets our wheels spinning. The winding 700m cycle path lets you pedal your way through the treetops 10m above ground and was designed to allow cyclists to engage with the surrounding nature while blending in with it as much as possible. It makes for the perfect scenic ride.

The cycle path was put into place by tourism organisation Visit Limburg and designed by landscape architect BuroLandschap and architect De Gregorio & Partners.

The path meanders through Pijnven nature reserve, which is part of Bosland forest. It’s under two hours' drive from Brussels or Dusseldorf. 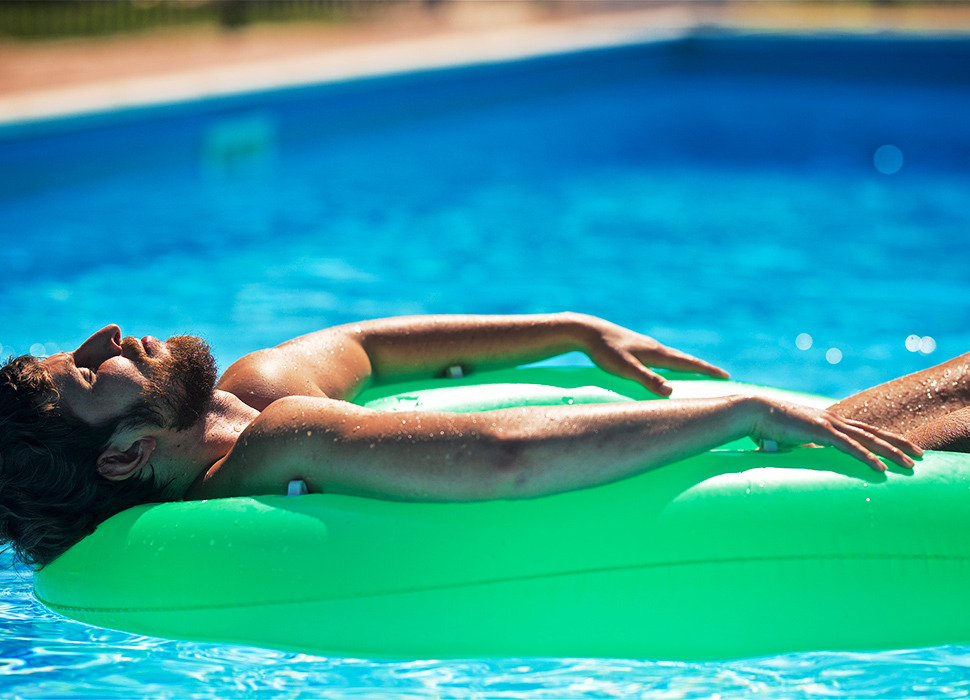 With the recent rise of body positivity and self-development, 'nakations' have become a real thing. Far from being a haven for hedonists, these naked holidays are focused instead on self-liberation and spirituality. This retreat embodies that philosophy, offering ten days of activities such as meditation, bodywork, intentional breathing and yoga – all in the buff.

The location of the retreat changes each year, but 2020 was in beautiful Tuscany.

Best room with a view 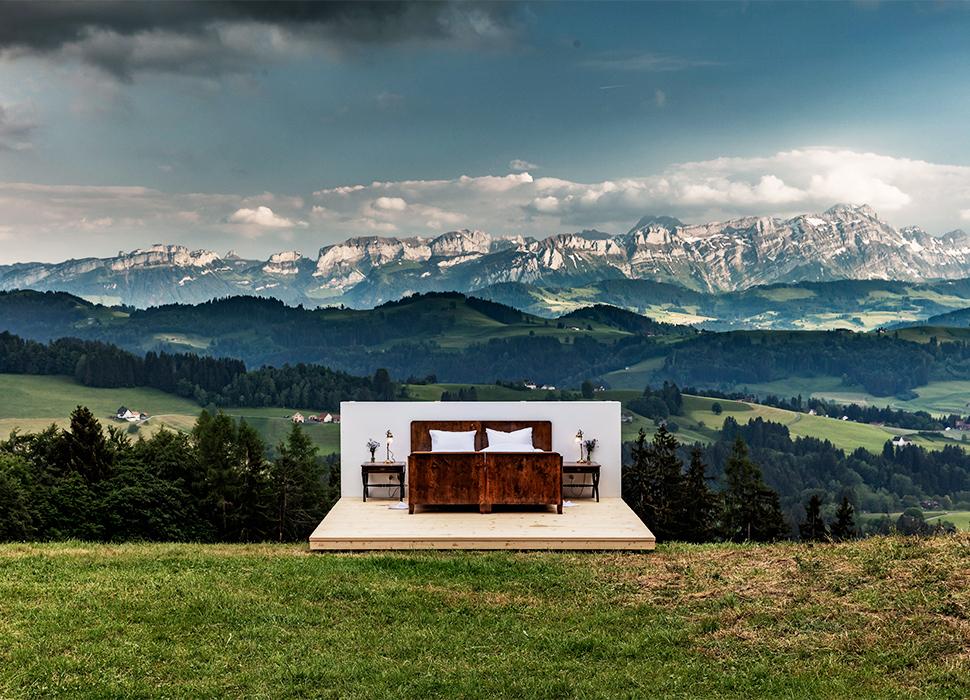 People will pay a premium for a hotel room with a good view but, for the same price as a night in some fancy digs overlooking a beach, you can stay in an open-air suite with unobstructed views of gloriously bucolic surroundings. Snagging a booking at Zero Real Estate used to be tricky, given there was originally just one location, but 2020 saw them open six more. The ‘rooms’ consist of a seriously comfy double bed, nightstands and lights, all set on a wooden platform with no walls or ceiling between you and the open skies. Plus, you get your own private butler who will look after you and bring breakfast in bed. We give it as many stars as you can see from your bed.

Back in 2016, concept artists Frank and Patrik Riklin and hotel professional Daniel Charbonnier set up one open-air hotel room in the Safiental valley under the name ‘Null Stern – the only star is you’.

Zero Real Estate has seven suites dotted around eastern Switzerland and Lichtenstein, so you can wake up to Lake Walen, the Glarus Alps, the St Gallen Rhine Valley and Appenzell hills. 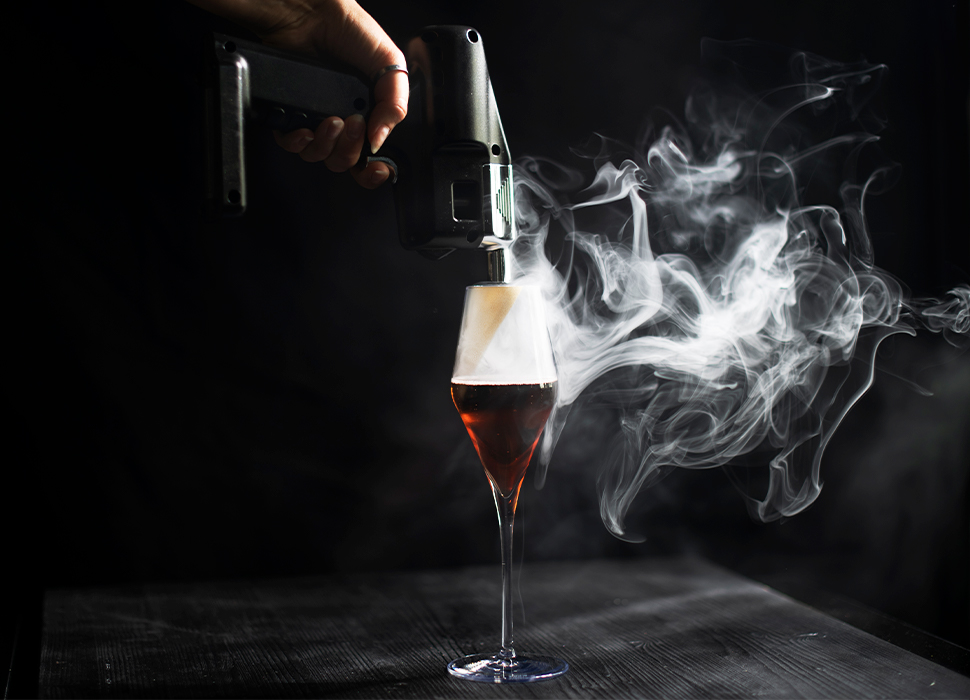 Booze-free beverages are no longer just a health-conscious alternative – they’re pouring into the mainstream too. Last year, the award-winning German bar Am Steinplatz took notice of the emerging trend and launched a totally non-alcoholic cocktail menu that includes this sparkling wine replacement. We picked it as our winner thanks to the delicious combination of Morgentau tea, verjus and elderflower – and the punny name may have had something to do with it too.

The bar is part of Hotel am Steinplatz, located in Berlin’s Charlottenburg-Wilmersdorf district. 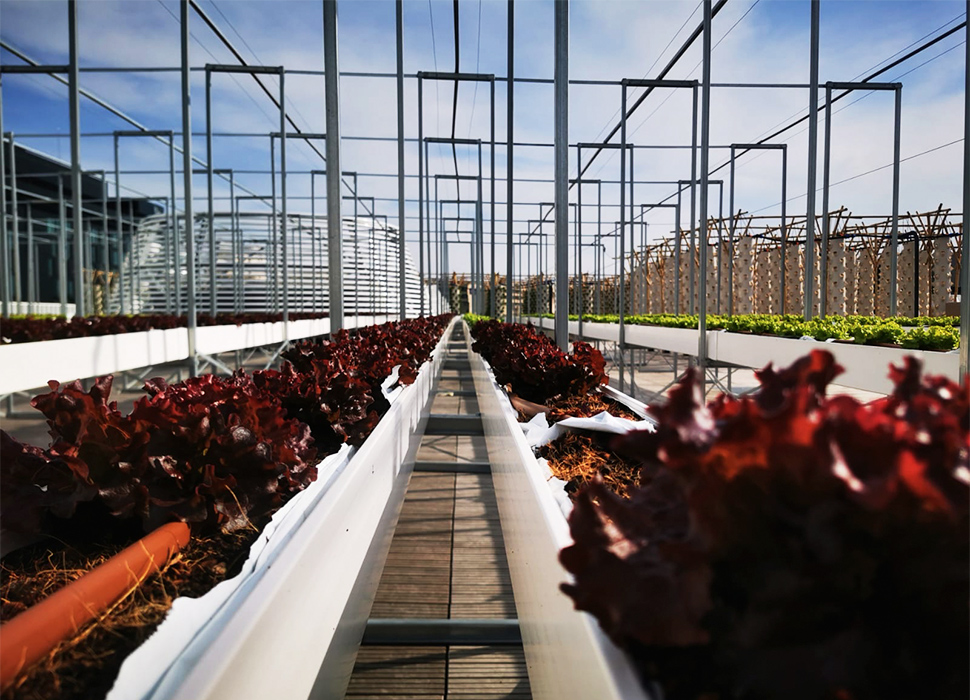 At 15,000 square metres (around the size of two football pitches), the newly opened Nature Urbaine is the largest urban farm in the world. That’s pretty cool in itself but, on top of that, it’s located on a Paris rooftop, includes 140 allotment plots for locals, and provides sustainably farmed organic produce to Paris residents. High above the city, green-fingered urban farmers are growing seasonal plants, including strawberries, radishes and sprouts, using eco-friendly methods such as hydroponics or aeroponics (where plants are grown in liquid or nourished by a nutrient-dense mist). Members of the public can visit for workshops to learn how to make a miniature version at home.

There are various partners, but urban-farming company Agripolis has been at the centre of the project.

The rooftop garden is growing on top of the new Pavilion 6 building that makes up part of the ongoing Paris Expo Porte de Versaille development. Le Perchoir rooftop bar and restaurant is there too, using produce grown on the farm. 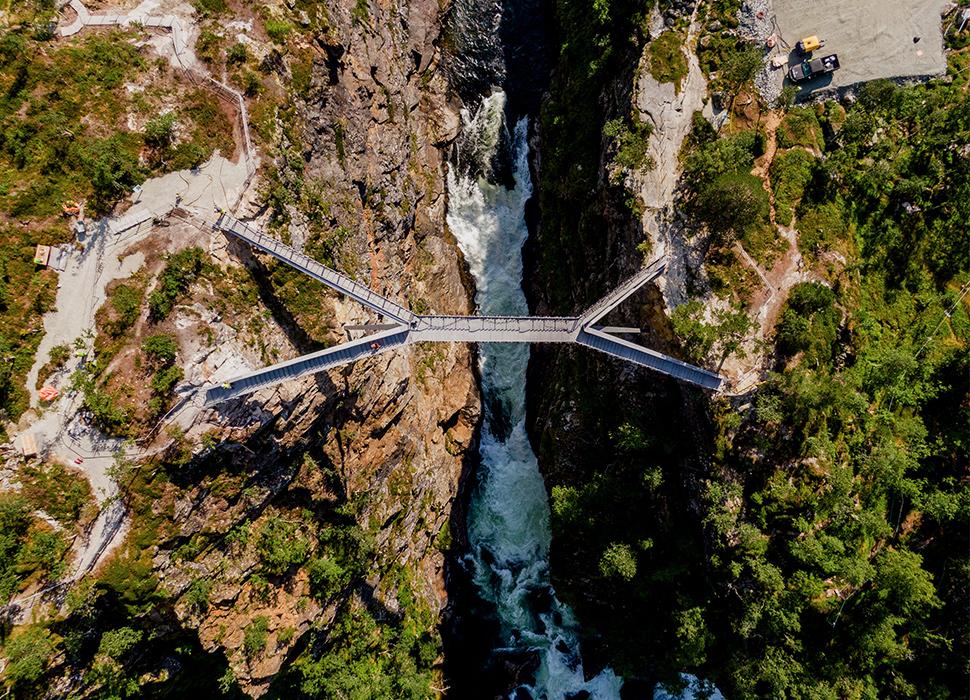 Don't look down (actually, do) on the new footbridge over Vøringsfossen waterfall / Image: STIAN LYSBERG SOLUM/NTB Scanpix/AFP via Getty Images

The footbridge over Vøringsfossen Waterfall

Standing on this new bridge affords you an eye-popping view of the incredible Vøringsfossen waterfall, one of the most-visited tourist attractions in Norway and probably the best-known cascade in the country. Part of an ongoing development of the area that includes viewing platforms and paths, the bridge situated between Oslo and Bergen was more than 10 years in the making and was definitely worth the wait.

The bridge was designed by Norwegian architect Carl-Viggo Hølmebakk and opened by the Norwegian Public Roads Administration as part of Norwegian Scenic Routes.

Close to Eidfjord, about four hours' drive from Oslo (but it's worth it). 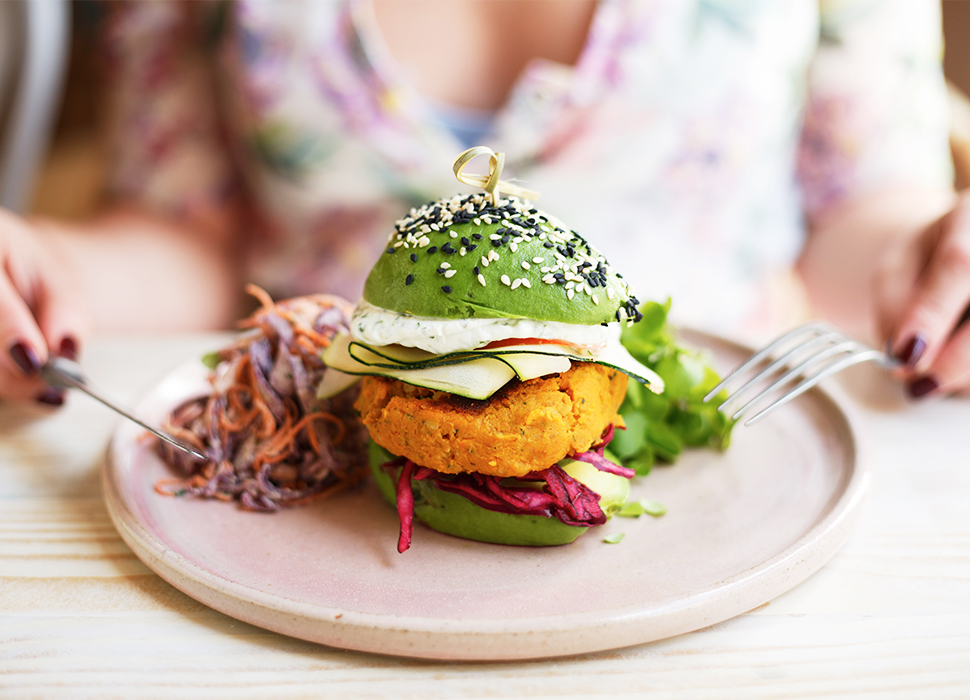 Thanks to its creamy texture, healthy fats and Instagrammable colour, avocado has made its way on to just about every brunch menu in Europe. While avo and eggs is undoubtedly an iconic duo, the green superfood has recently been expanding its reach. London's Avobar takes things to the next level by including it in every single dish, from the carne asada avo tacos and the avo bun burger (a sweet potato and red lentil patty inside an avocado ‘bun’) to the 'tiramisu green' dessert.

Avobar started out as a pop-up, born from the mind of Liana Kazaryan, before getting a permanent spot in London and later Hong Kong.

Alongside other excellent restaurants on Henrietta Street in Covent Garden, just down the street from the market building. 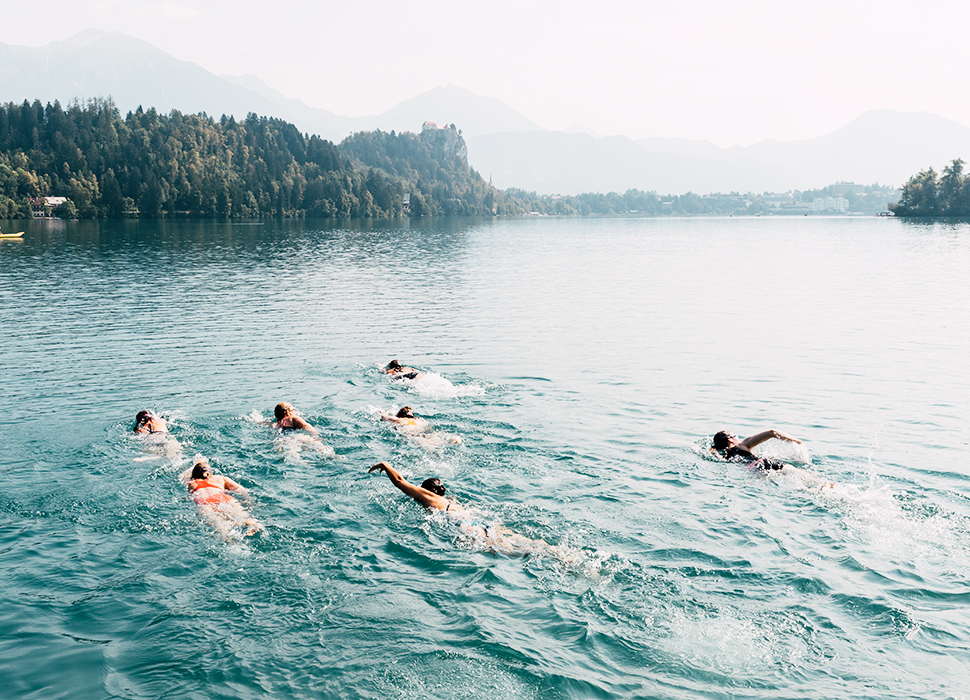 Listen up people – wild swimming is officially a ‘thing’. We’ve seen nature-seekers bobbing about in ponds and swimming holes all over the network this past year. And who better to go wild swimming with than Martin Strel, the man who has conquered some of the world’s greatest rivers – the Yangtze, Parana, Mississippi, Danube and Amazon; he's also held several swimming world records and was the subject of Sundance award-winning documentary Big River Man. Through his outdoor swimming company, you can join him on guided swims of some of the world’s most epic lakes, rivers and seas. Our favourite has to be the four-day Slovenian Lakes and River trip, which sees you paddle your way through the vivid waters of Strel’s native land of Slovenia.

Strel runs the company together with his son Borut, who acts as a project manager and expedition leader.

Strel Swimming Adventures is based in Bohinj, about an hour’s drive from Ljubljana, but it offers guided wild swimming trips all over the world including Greece, Turkey and the US. 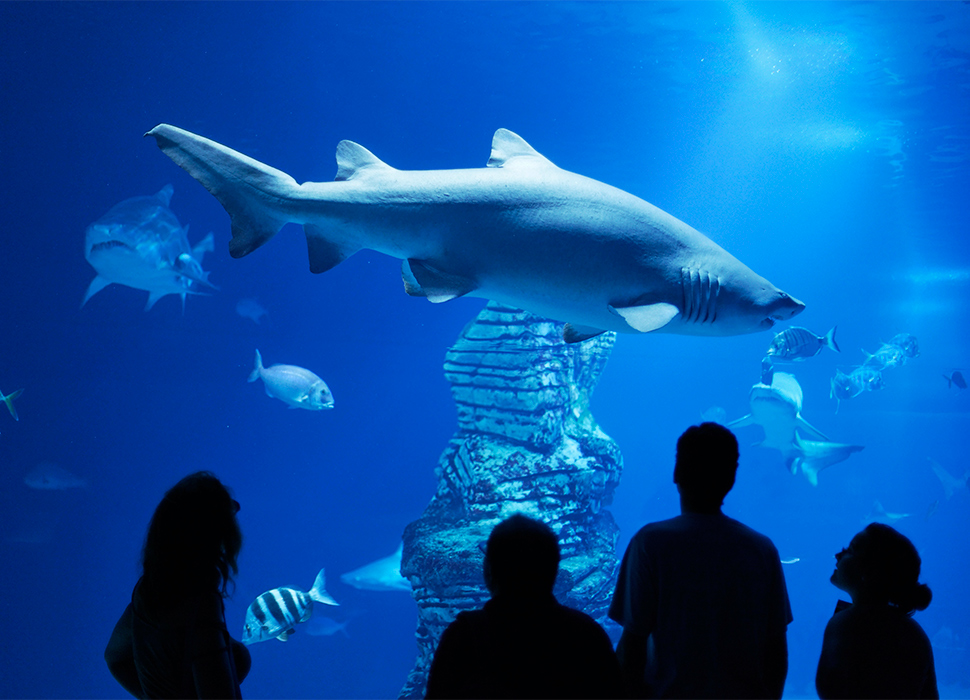 'Sleeping with the fishes' takes on a whole new meaning at Oceanogràfic Valencia / Image: Alamy

Sleeping with Sharks at Oceanogràfic Valencia

Forget counting sheep – you can drift off counting sharks at this overnight event in Valencia’s oceanarium. Groups of 15 or more enter the facility after opening hours for a scavenger hunt and a tasty dinner before settling down to sleep inside a glass tunnel surrounded by water. Snuggled up in sleeping bags, guests can look up and watch sea creatures such as sharks, rays and fish swimming about above their heads as they drift off to sleep (if they can sleep). It’s a fun family activity that will enchant both sea-loving little ’uns and adults alike.

The folks over at Oceanogràfic Valencia, Europe’s largest aquarium. Just phone them to reserve your night.

To the southeast of Valencia’s city centre, in the architectural complex of the City of Arts and Sciences. It’s about a 30-minute walk from the marina.

What do the world's greatest cities smell of?

These are the places you should book for this summer