From raving spots to more sedate spaces, Europe is home to some world-beating queer venues. Here are ten of the best

When it comes to LGBTQ+ nightlife in Europe, there's definitely something for everyone. And during Pride Month, each city's bars and clubs fill up with queer punters looking to party, reflect on past battles and push for further progress and acceptance. Here's our choice rundown of some of the best of them.

Drag brunches more your bag? Check out our guide to the best things happening in London for summer 2022. 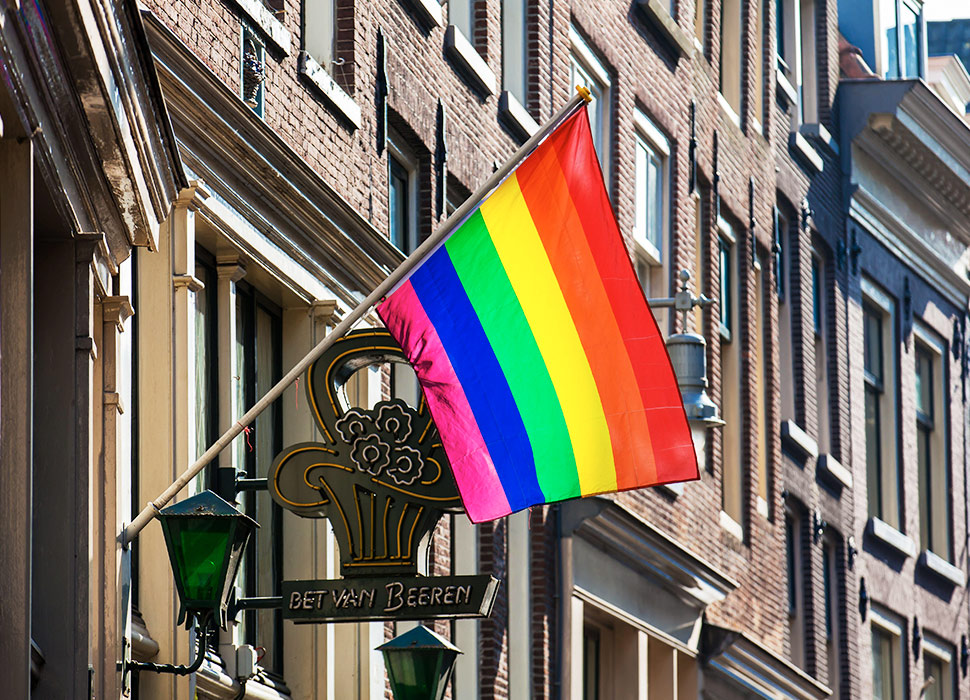 Opened in 1927 by queer pioneer Bet van Beeren, Café 't Mandje was one of the few places in the Netherlands that actually welcomed LGBTQ+ people. Though this classic joint closed in 1982, it was reopened in 2008 with the fascinating original interior intact. Legend has it that the cut-off ties hanging from the ceiling once belonged to punters who got a little too unruly. 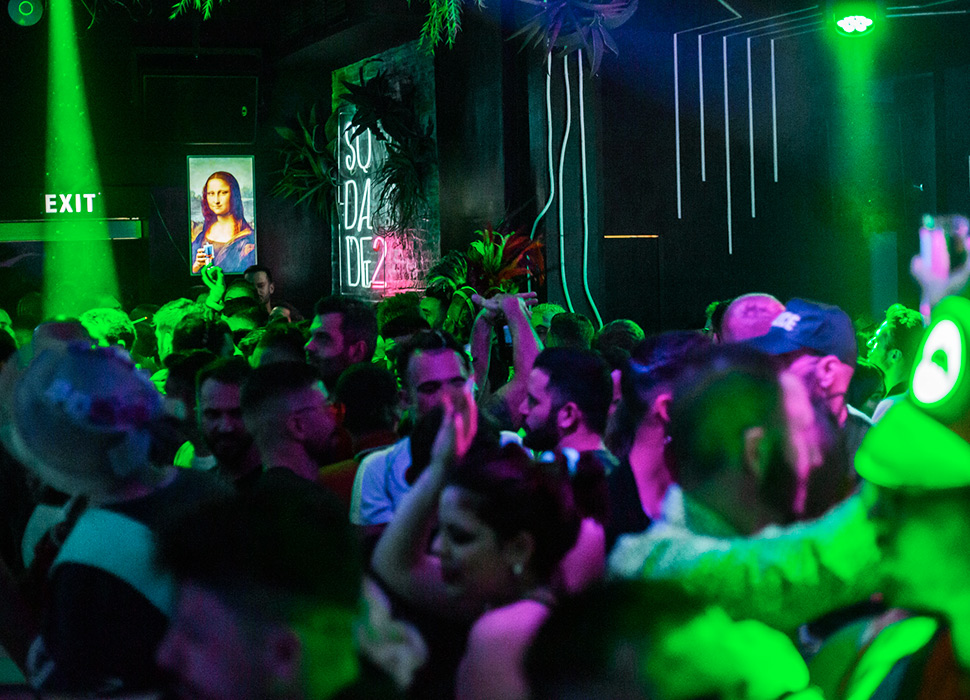 The night kicks off at Sodade2 / Image: Nikos Argyropoulos

Sodade2 bills itself as "the legendary gay club of Athens", and it's certainly earned its bragging rights. Especially popular with gay men – though it welcomes everyone – the front room blasts out pop hits while the back room offers harder house beats. Sodade2 gets particularly packed on weekends during Pride Month, but for a true taste of local club culture, visit on Mondays when the music policy is firmly "Greek tunes only". 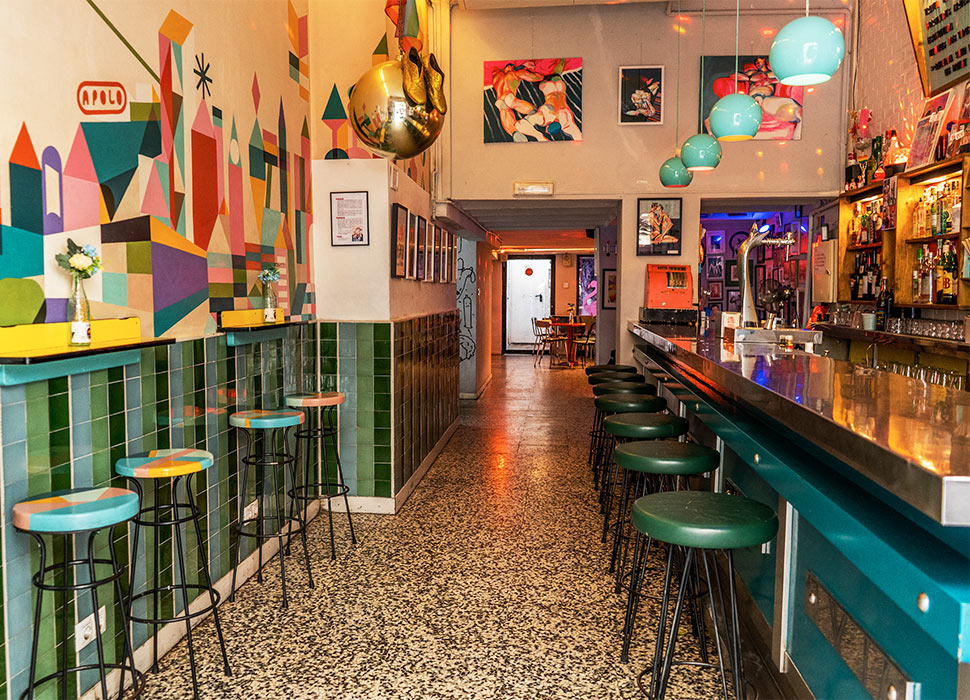 Located in the foodie neighbourhood of Poble Sec, La Federica offers a gay (in all senses) take on the Spanish tapas bar. Run by two men named Albert – "The Alberts" to regulars – it offers high-quality wines, cocktails and small plates in a trendy setting. It's the perfect place to line your stomach before taking a short taxi ride to L'Exaimple, where you'll find many of Barcelona's LGBTQ+ clubs. Or, you could just stay here and catch a RuPaul's Drag Race screening or live drag show. 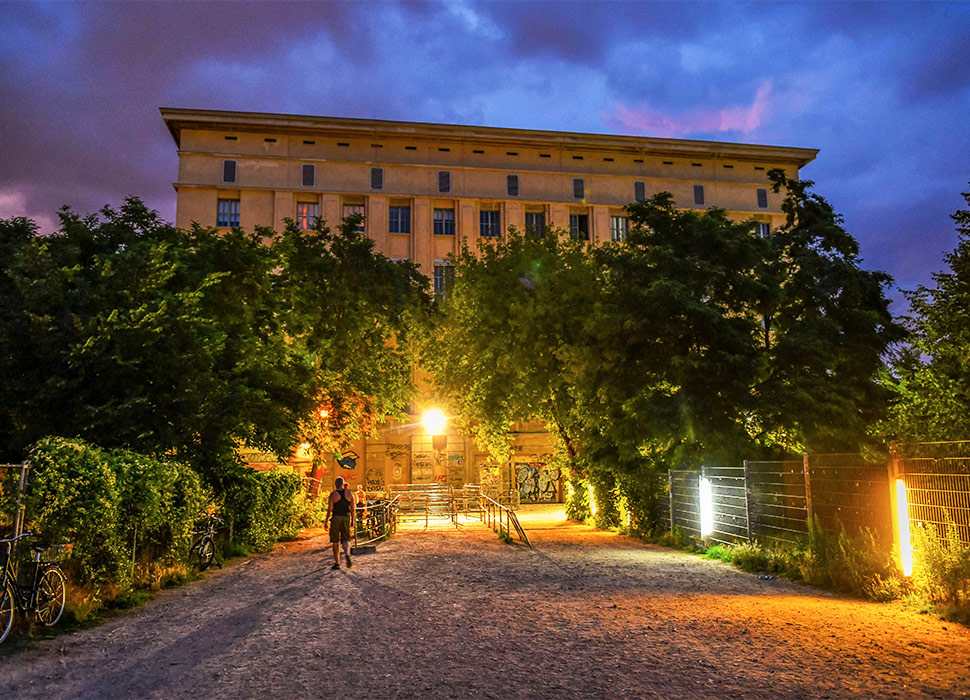 Berghain isn't just a nightclub. It's also a globally renowned epicentre of hedonism that has acquired near-mythical status because of its strict "no photos" rule and somewhat cryptic door policy. There's no quick fix to guarantee you'll get in, but if you look remotely uncomfortable in the queue, you'll probably be turned away. On weekends, it's open continuously from Saturday night to Monday morning, when it attracts a largely queer and very open-minded crowd who love dancing to bangin' techno music. 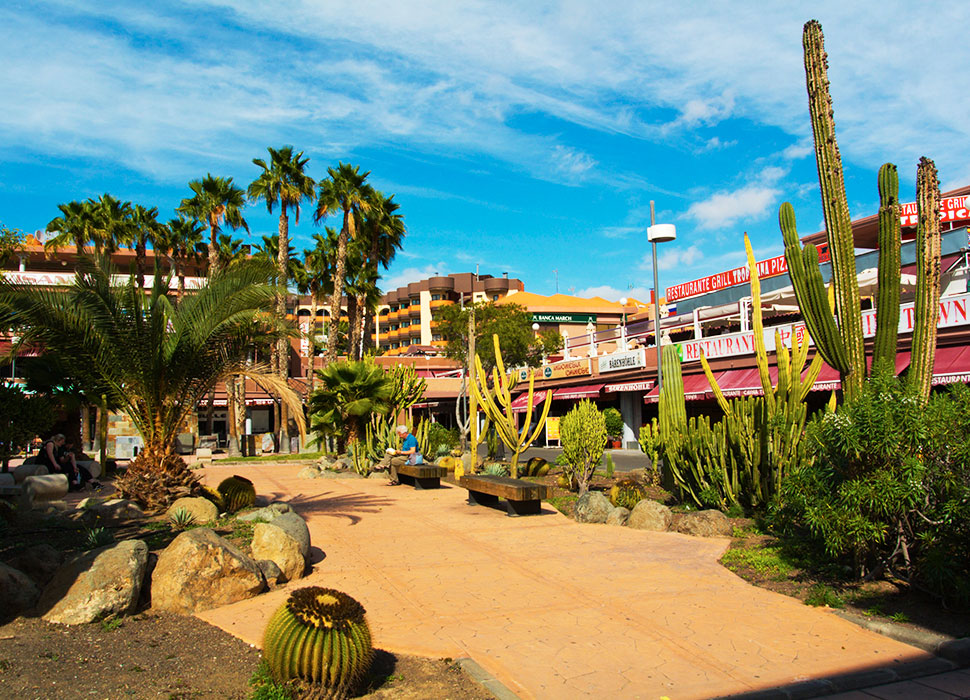 In its own words, Yumbo Centrum is "the one and only LGBTQI+ shopping centre in the world". Located in Playa del Inglés, a Gran Canarian beach resort that stays lively all year round, it's home to dozens of retail outlets, restaurants and queer venues. Think of it as a one-stop shop for fun and frolics: if you fancy a late-night ice cream after catching a drag show at Sparkles Showbar or belting out Britney at Karaoke Kelly's, Yumbo Centrum has you covered. 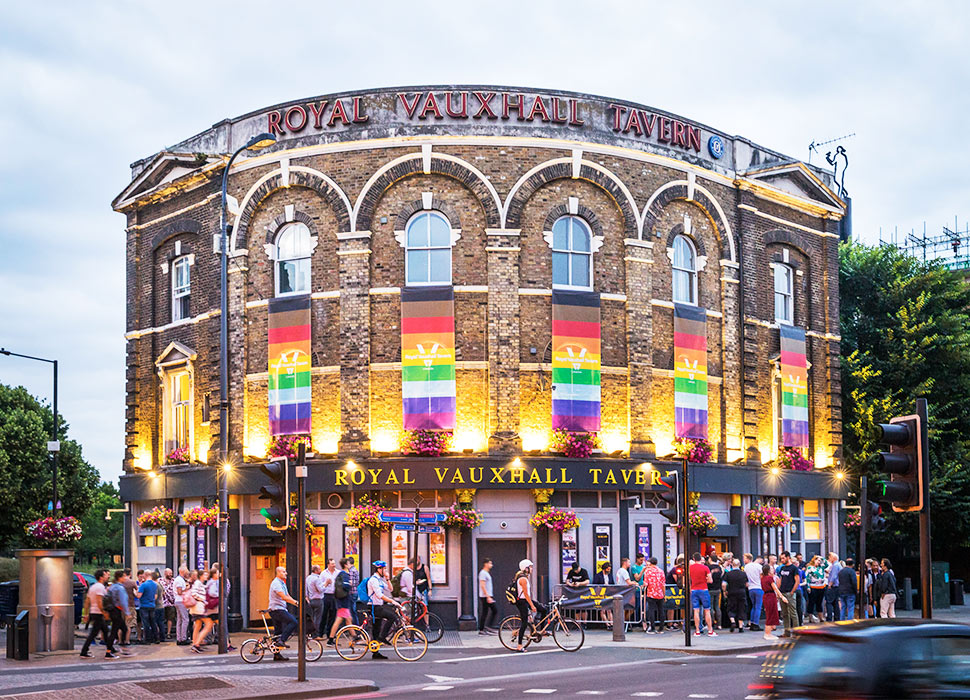 When the RVT (as it's commonly known) became a listed building in 2015, it was the UK's first venue to attain this protected status for its contribution to LGBTQI+ history. According to folklore, Princess Diana once snuck in for a night out – disguised in male drag – with Freddie Mercury and gay comedian Kenny Everett. It's a beloved London institution that remains relevant by hosting forward-thinking cabaret shows and cleverly-curated club nights. 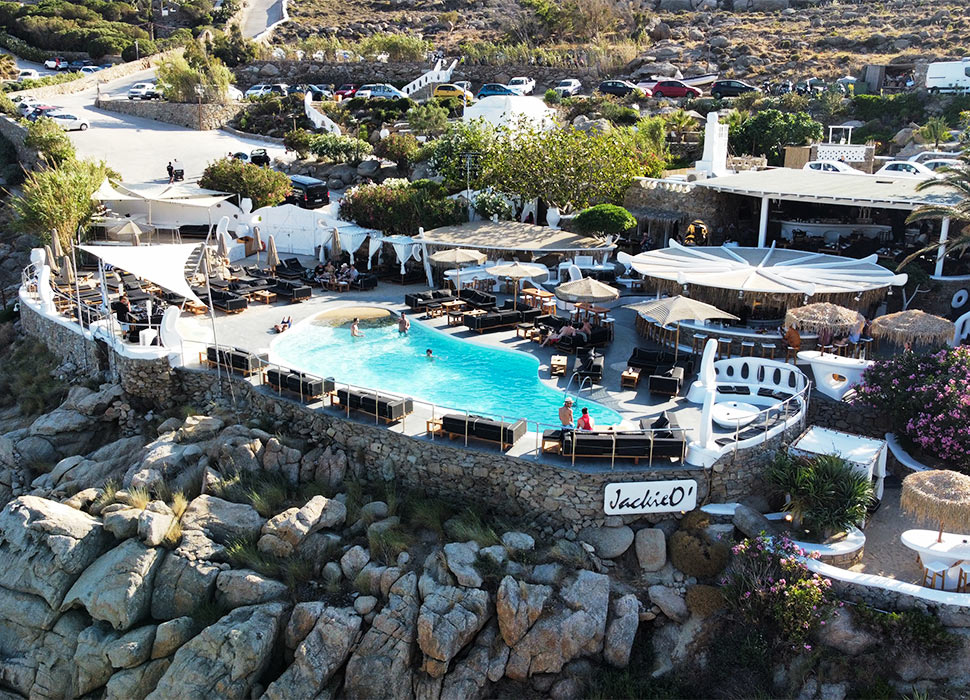 Cooling off at JackieO'

This beach bar has the upscale glamour of its namesake, former first lady Jacqueline Kennedy Onassis. Inevitably, this means it's not the cheapest spot on Mykonos, but the drinks, decor and service are all top-notch. In recent years, its combination of style and substance has made it an Instagram fixture as well as an LGBTQ+ hotspot. Well, where else can you watch a drag queen do a death drop against the stunning backdrop of the Aegean Sea? 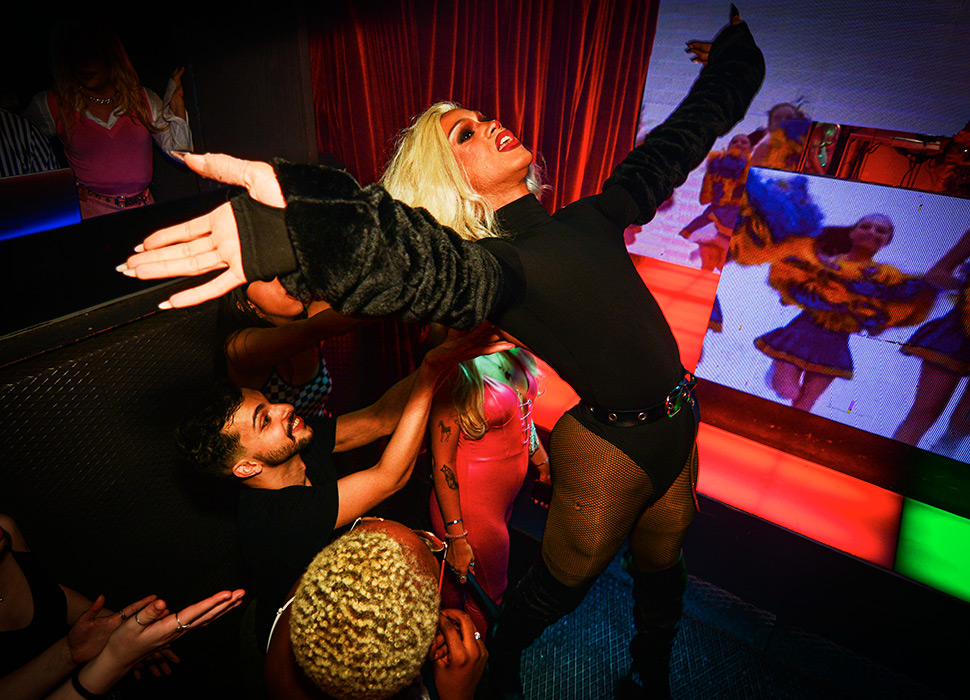 Portugal's most famous LGBTQ+ club has been going strong for more than 40 years. That's partly because it's a large, labyrinthine space with two distinct dance floors: one playing pop, the other dedicated to progressive house. But it's also because the Trumps crew really knows how to party: Pride Month here is always popping. If you love a club with go-go dancers, loads of neon nights and shows from RuPaul's Drag Race stars, this place definitely comes up.... trumps.

Located in Le Marais, Paris's gay heartland, Les Souffleurs is a favourite with the city's clued-up LGBTQ+ crowd. It looks unremarkable from the street, but inside you'll find a cosy ground floor bar with leather sofas and a sweaty basement disco that fills up quickly. It describes itself as "alternative, queer and inclusive", and that's an accurate representation of both the clientele and music policy; it's safe to assume you'll never hear an Ed Sheeran song here.

Situated a couple of minutes from Naschmarkt, Vienna's LGBTQ+ enclave, this bar is classy and reassuringly old-school: it even has a crystal chandelier. At Felixx, you won't hear cutting-edge house remixes, but you will get friendly service, terrific cocktails and a mixed queer crowd that doesn't take itself seriously. It also benefits from an enclosed outdoor seating area that's a prime spot for day drinking during Pride Month.