The best farm-to-table and hyperlocal restaurants in Europe

From a totemic New Nordic pioneer in Copenhagen to a permaculture paradise near Lisbon, these are the best provenance and produce focussed restaurants in Europe

‘Farm-to-table eating’ has become a buzz-phrase in the food world over the past few years, and with good reason – done properly it’s sustainable, reconnects us to the seasons, and is as near to a guarantee of deliciousness as it’s possible to get.

But which restaurants actually walk the walk as well as talk the talk? From communal tables in the mountains to dining rooms garlanded with Michelin stars and a world famous gastronomic icon, we’ve pulled together a collection of the very best farm-to-table and hyperlocal restaurants in Europe.

Want more? The United Kingdom is full of this kind of stuff too – here are the best farm-to-table and hyper-local restaurants in the UK.

And hey, while you're in Mallorca, here's our foodie guide to the Balearic Islands as a whole. 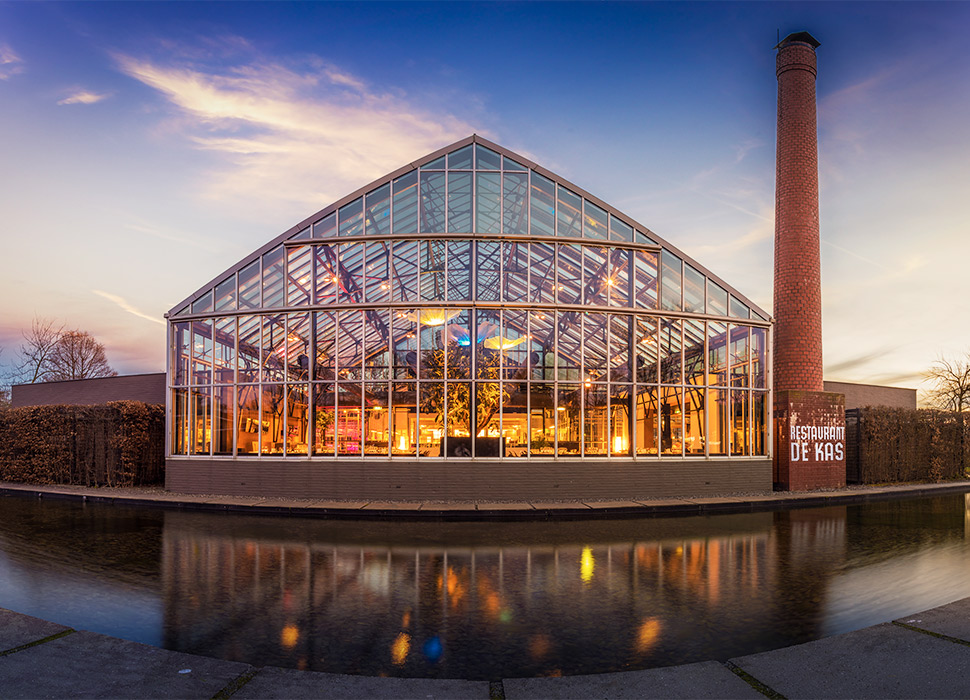 All of the 300-ish varieties of fruits, herbs and vegetables served at this light, bright, modern Dutch restaurant are grown less than 30km away – in fact, some of them are grown right there in the greenhouse dining room. The greenhouse dates back to the 1920s but has been beautifully updated and everything served at the restaurant is organic, prepared as quickly as possible after being picked. Prices are extremely fair, with set lunch and dinner menus inspired by the day’s harvest and a great selection of sustainable wines.

French cooking isn’t traditionally synonymous with eating your greens – but when the greens in question are grown by chef Alain Passard, it most certainly is. Currently number eight on the list of The World's 50 Best Restaurants, three-Michelin-starred Arpège is mostly vegetarian, with the stars of the show – which might be white asparagus, swede, leeks, endives, apples or mushrooms, depending on the season – delivered every day from Passard’s own farms. 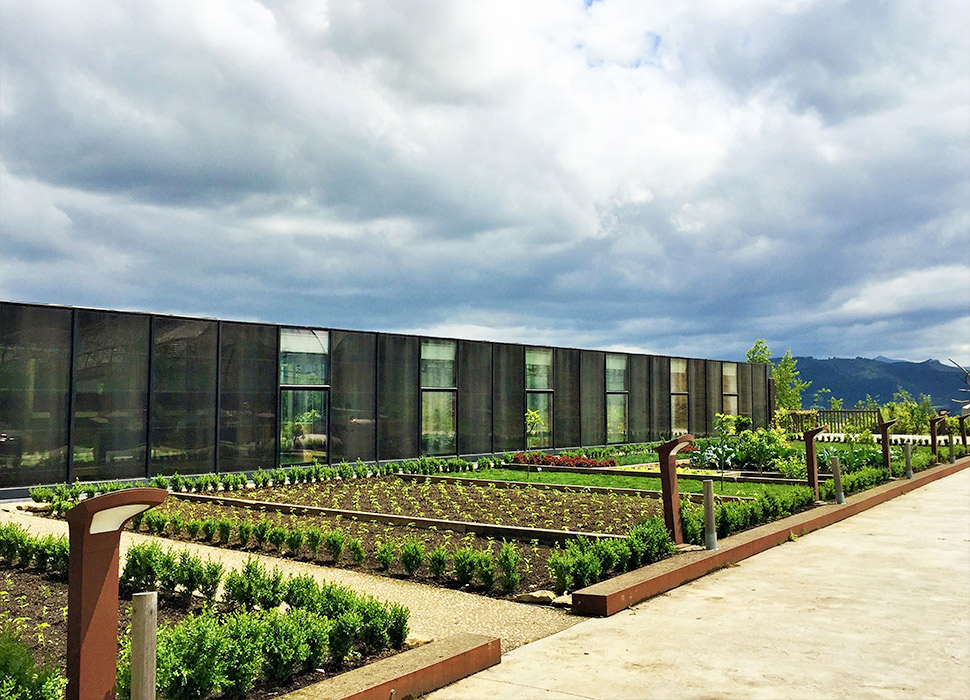 Sustainability is right at the heart of this three-Michelin-starred restaurant’s mission – not for nothing has it won the global Sustainable Restaurant Award twice. Chef Eneko Atxa and his team occupy a stunning hilltop structure made from recycled materials (it can also be fully dismantled) outside Bilbao, at once futuristic and rooted in the landscape. The same could be said of the menu, which revolves around the restaurant’s organic greenhouses, vegetable and herb gardens, and champions close working relationships with hyper-local farmers. Diners can visit the greenhouses for one of the courses, and taste ‘cherry tomatoes’ (chocolate truffles) straight from edible soil.

In a city not short on thoughtful, sustainably minded eating options, Lokal has built a loyal following for its reasonable prices and heartfelt commitment to cooking with less fashionable cuts and ingredients. The menu, which changes weekly and is completely dictated by seasonal, hyper-locally grown vegetables, might feature two colours of beetroot with watercress, creamy goat’s cheese and hemp seeds, monkfish cheeks with green asparagus and kohlrabi, or beef heart with celeriac, pear and red wine. Everything is served with homemade bread and vegetable dips. 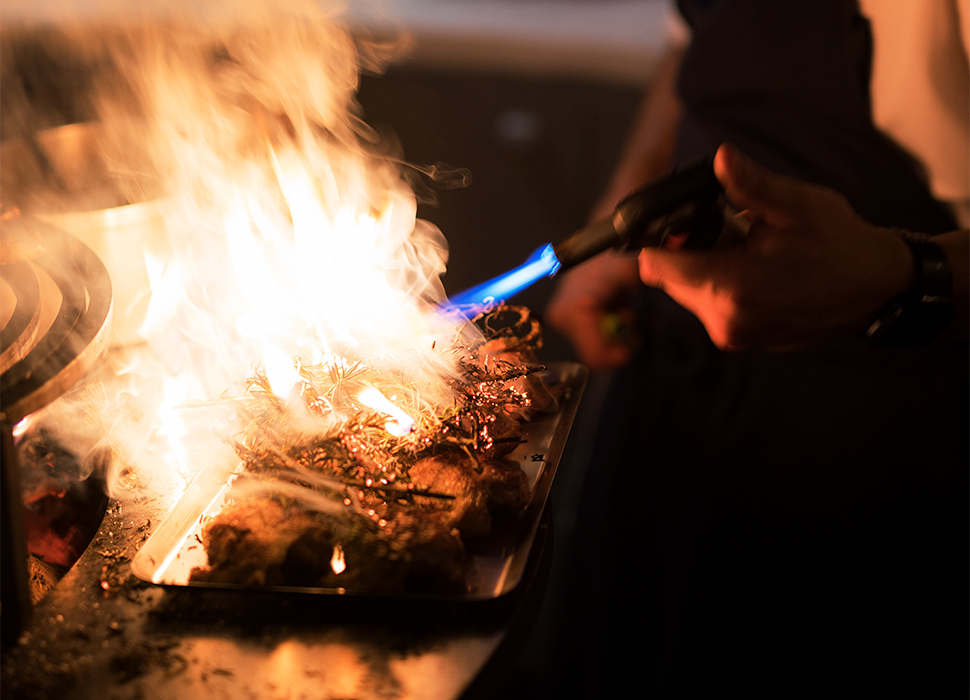 Part of the exquisite five-star Sublime Comporta resort south of Lisbon, the 12-seater Food Circle sits in the middle of its organic garden. More an experience informed by sustainability and the principles of permaculture than a restaurant, it’s a kitchen counter type affair: you sit under the stars and watch the chefs cooking the likes of suckling pig and scarlet prawns ​​over fire, combined with ingredients grown mere metres away. And it's all complimented by a selection of fine and unusual Portuguese wines.

Activity at this Michelin-starred destination restaurant in the heart of the Camargue centres on its lushly productive working gardens. Vegetables are harvested at their peak and taken straight to the kitchen, where they’re allowed to shine in the ‘Flora and Fauna’ menu or the lighter ‘Discovery’ one. Expect dishes like a velouté of bitter herbs, zucchini pulp and fresh mint, poached sea bream with potato tagliatelle, roasted peaches… this is farm-to-table cooking at its most stylish. 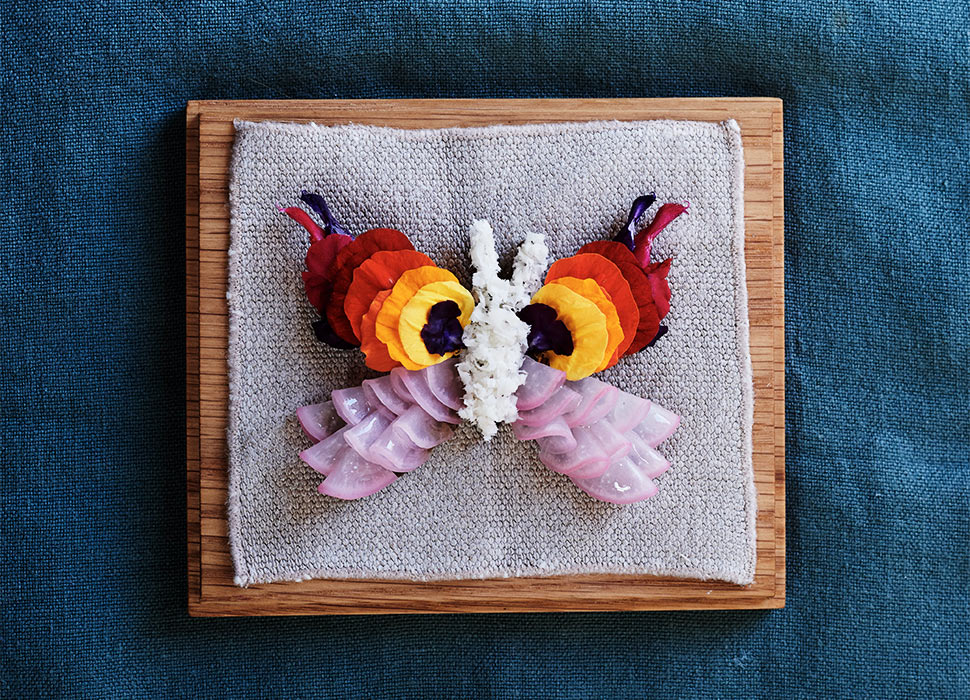 Rene Redzepi’s site of gastronomic pilgrimage needs no introduction. Since opening in 2003 it has reshaped not just Nordic cooking, but what the rest of the world imagined a restaurant could fundamentally be. Where its predecessors just paid lip service to the cycle of the seasons, Noma is fully immersed in them: greens and flowers foraged by the team over the summer are preserved to be used in the autumn, for example, alongside just-picked mushrooms, berries and much more besides from the forests around Copenhagen. Entirely worth the digital assault course you have to clear to bag a table.

After moving to Ibiza in 2005, Anne Sijmonsbergen – chef and author of the seminal Balearic cookbook Eivissa – opened a hillside restaurant in a 600-year-old villa. All the fruits and vegetables for the restaurant are grown at Can Rieró, her own 450-year-old finca not far from Benirrás beach, and she’s cultivated close working relationships with local producers. Unwind on the vine-shaded terrace and enjoy seasonal plates like mackerel escabeche with pickled local vegetables and Ibizan watermelon in tomato water, or sautéed Ibizan black kale with local garlic and thrice-cooked potatoes. 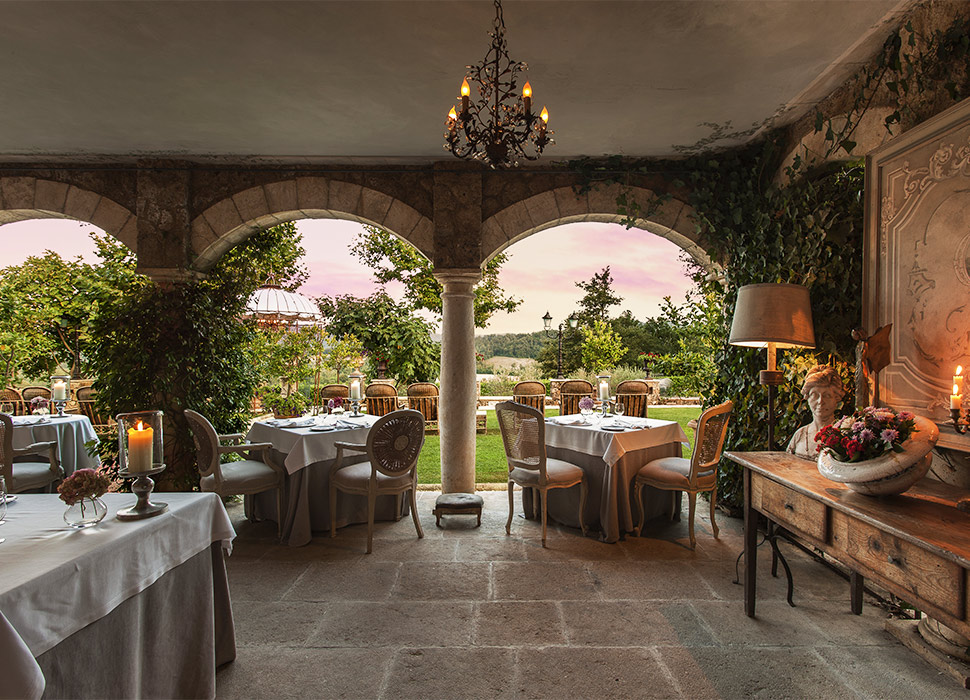 Nestled within Borgo Santo Pietro, an exquisite 12th-century Tuscan villa enjoying a second life as a five-star boutique hotel, Meo Modo revolves around its own farm, where the gardeners and the chefs work hand in hand. But it isn’t just the vegetables, fruit and herbs that are truly local: the meat comes from neighbouring free-range farms, while the sparkling turbot, red mullet and lobster on the menu are all caught on the morning of service. Even the flowers on the tables are picked right there in the 13-acre gardens.

Tucked away in the Tramuntana mountains with views of the sea and the capital of Palma, this is a farm-to-table restaurant with a difference. Rather than being open every night, the long tables host regular ‘dinner parties’, with menus showcasing the best produce from the farm. Guests can also book in for classes on smallholding, where you’ll learn about everything from growing vegetables to keeping chickens and the latest developments in regenerative agriculture. Go with a group of friends and settle in for a day – and night – to remember.