Sure, absconding to a near-desert island may sound great, but there are only so many sand castle shapes your kids can make before the boredom sets in. These family resorts have those away-from-it-all beaches the older clan members crave, plus enough distracting activities and engaging sights to entertain even the most restless tykes. Read on for the very best whole-tribe holiday spots on the continent.

The one for lycra-loving cliques 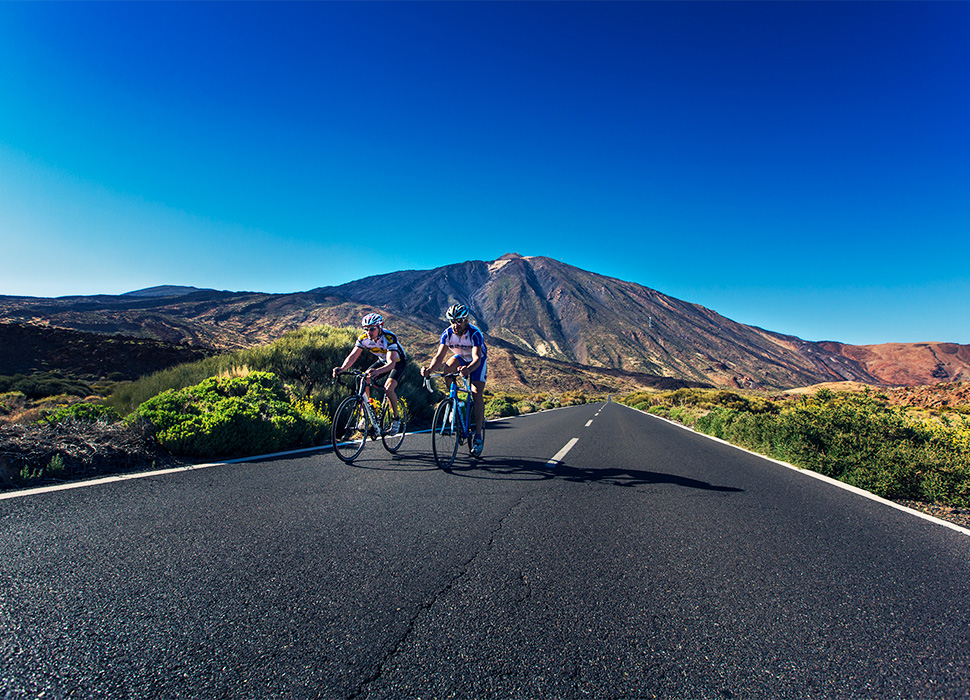 WHAT The balmy Canary Island of Tenerife is known worldwide as a cycling hotspot.

WHY If your kids are a tad older and partial to two-wheeled modes of transport, then a riding holiday across the island’s stunning volcanic terrain may be the family jaunt you’re after.

DON'T MISS Most starry-eyed cyclists will set their sights on the steep trails that criss-cross Mount Teide, but if you want something a bit less huff-puff and more family-friendly, the trails at the foothills are just as scenic, particularly the windy TF-28 route that snakes along the southeastern part of the mountain. Out of the saddle, there are plenty of excellent hiking trails to keep everyone occupied – the viewpoint-heavy Roques de Garcia loop is highly recommended.

Book flights and holidays to Tenerife

The one for beach purists 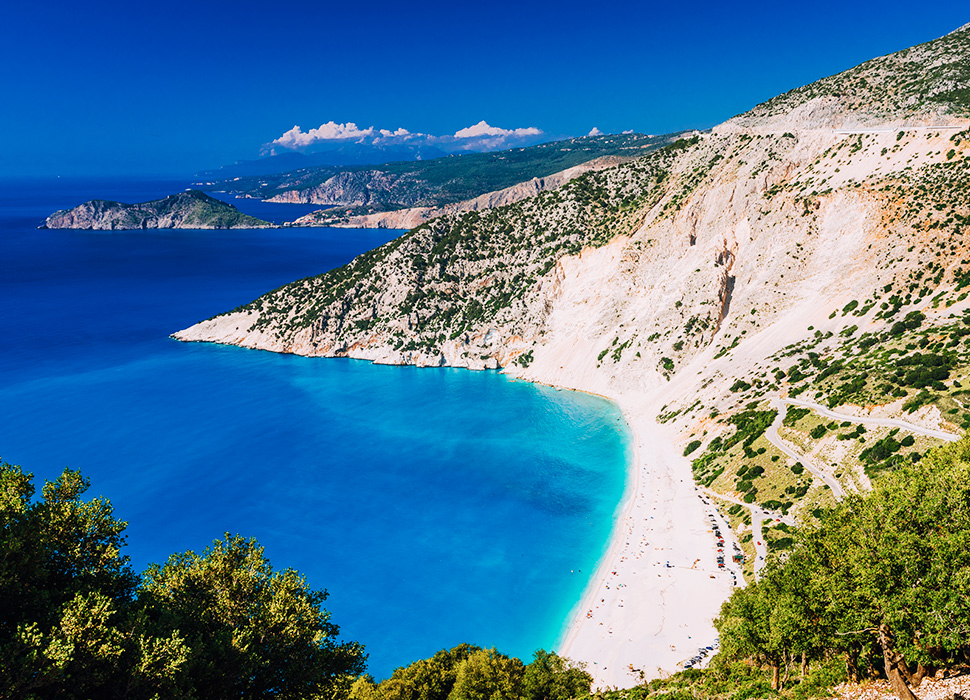 WHAT For sun-loving, lay-about-all-day clans, the Ionian island of Kefalonia has plenty of inviting shores to offer.

WHY The stunning Myrtos Beach is the Greek-island idyll – a blinding-white length of soft sand set against electric-blue sea, surrounded by a perfect semicircle of verdant cliffs.

DON'T MISS On the island’s eastern side, the pebbly Antisamos Beach is another favourite for its glass-clear water and excellent snorkelling ops. And with plenty of family-friendly hotels dotted around the island, you’re well-placed for a relaxing time with the whole gang.

Book flights and holidays to Kefalonia

The one for amateur naturalists 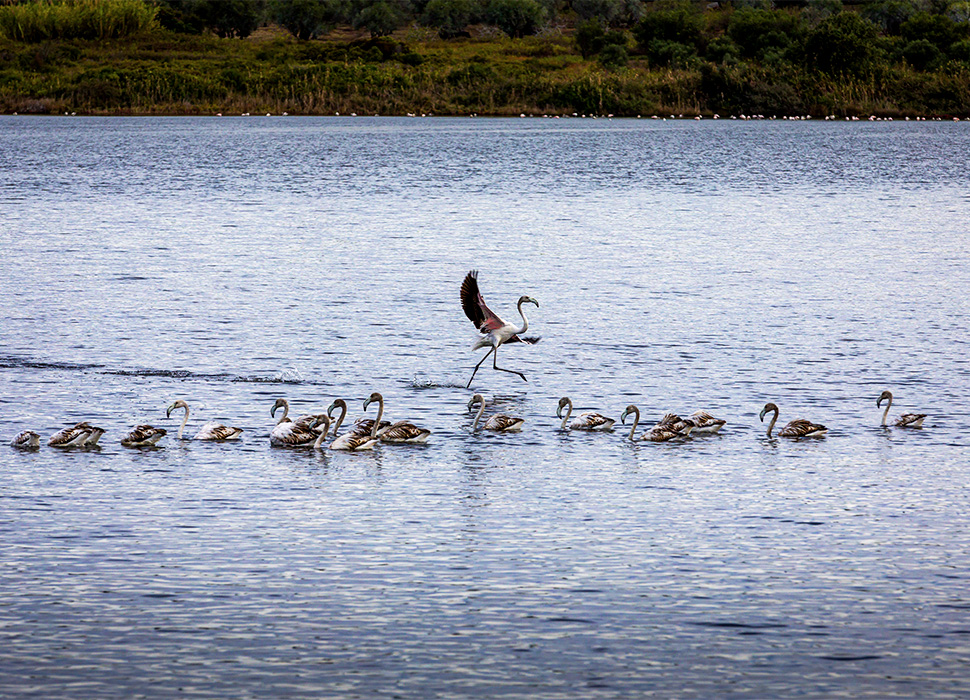 A flamboyance of flamingos at Korission lagoon / Image: Getty Images

WHAT It’s no wonder the Ionian island of Corfu inspired the writing of naturalist Gerald Durrell – its bountiful beaches and natural beauty spots are irresistible draws for both curious scholars and nature-loving holidaymakers.

WHY Do as the Durrell fam did in their hit TV show – take advantage of the island’s unique ecosystem, where lots of cute critters roam free.

DON'T MISS To spot Corfu’s famous loggerhead turtles, head to Arkoudilas Beach, where these shell-backed turtles hobble happily along the sand. Further north, the Korission Lagoon is home to 126 varieties of bird, including a flock of electric-pink flamingos.

Book flights and holidays to Corfu

The one for budget-conscious clans 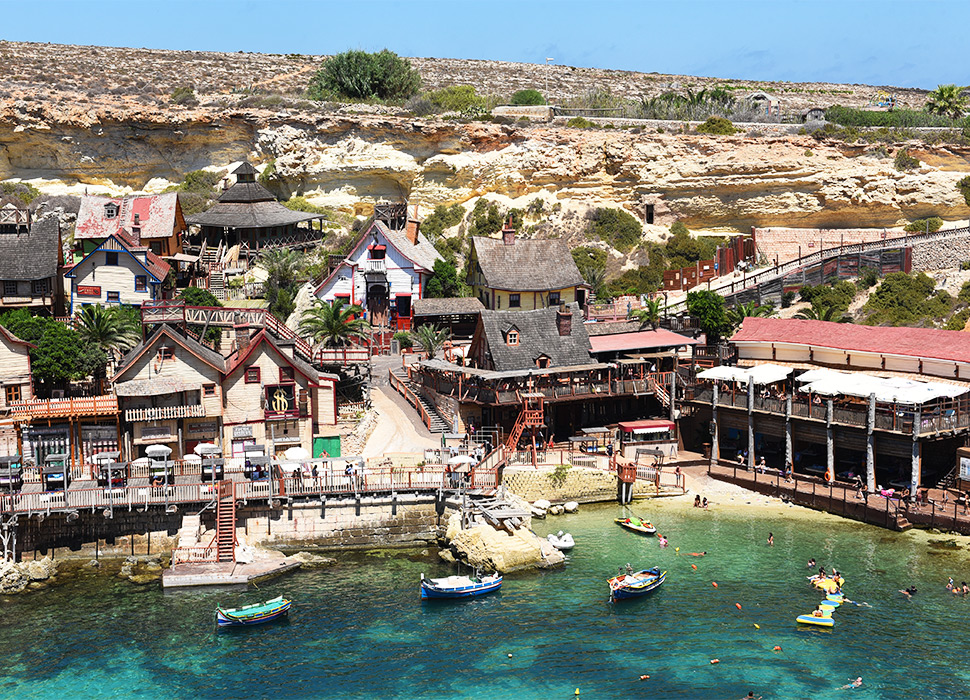 Popeye Village is a shipload of fun

WHAT Not only does Malta boast the same sun-drenched charms as any Med island, your hard-earned scratch goes a little further here, which makes it ideal for families who are watching their wallet.

WHY This pretty, technicolour village offers plenty of kid- and teen-friendly stays, inviting sandy beaches, and fascinating history in its old town centre, all for free.

DON'T MISS Since the island’s so small, it’s easy to explore all corners – we recommend making a trip down to the massive Malta National Aquarium, or the retro-twee Popeye Village theme park, repurposed from the film set for the 1950 film.

Book flights and holidays to Malta

The one for the culturally curious 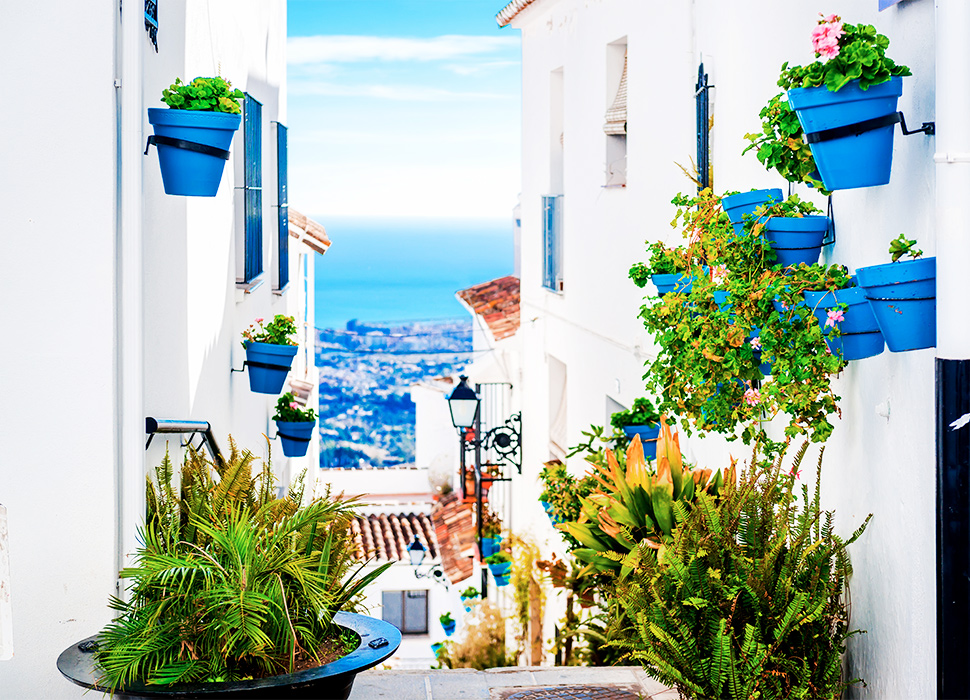 WHY Yeah, it’s got all the pin-up, white-sand shores you could ever want, but look beyond the beach and you’ll find a unique cultural melange that’s reflected in the region’s architecture and cuisine. The whitewashed village of Mijas is typically Andalusian, and has been a historic waypoint to the Romans, the Moors and even pirates.

DON'T MISS You’ll find several good-value hotels in nearby Fuengirola, most of which line the long stretch of pristine coastline that makes this town so popular with holidaying fams.

The one for winter (and spring, and summer, and autumn) sun 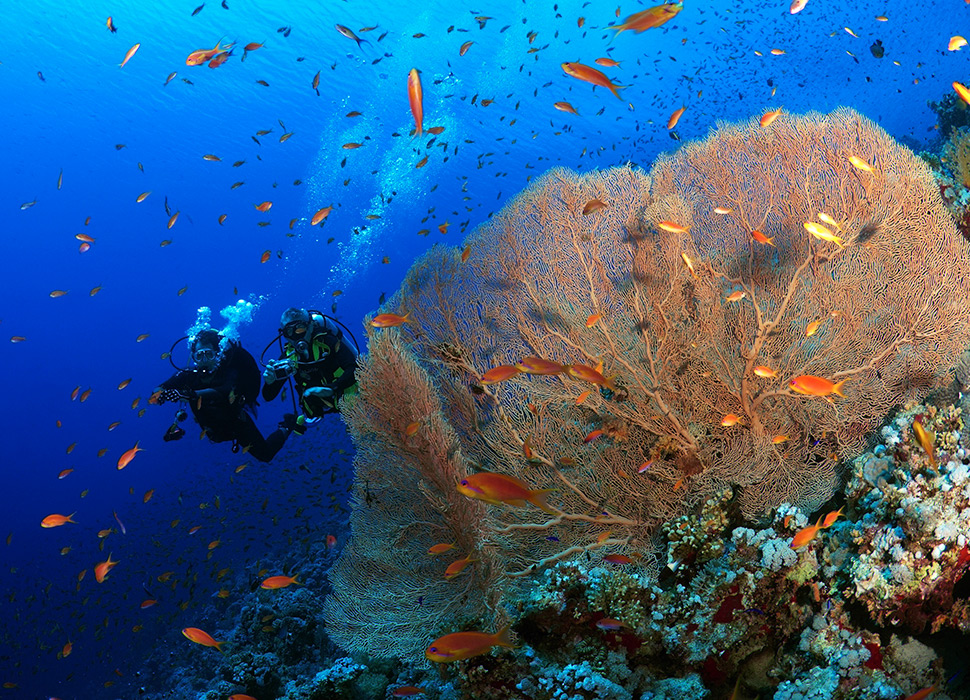 It's better down where it's wetter at Ras Mohamed National Park / Image: Alamy

WHAT With average highs hovering around 24°C even in December, Sharm El Sheikh – wedged between the desert of the Sinai Peninsula and the Red Sea – is a solid choice year-round for a sunny escape.

WHY It also has some of the most impressive marine life in the world, drawing thousands of snorkellers each year who come to gawp at the gorgeous underwater scenery – particularly at the Ras Mohamed Nature Reserve, one of the most protected marine reserves on the planet.

DON'T MISS The shore ain’t bad, either – the golden sands of Na’ama Bay are a prime spot to lay your towel, with plenty of kid-friendly cafes and restaurants lining the beach.

The one for foodie fams 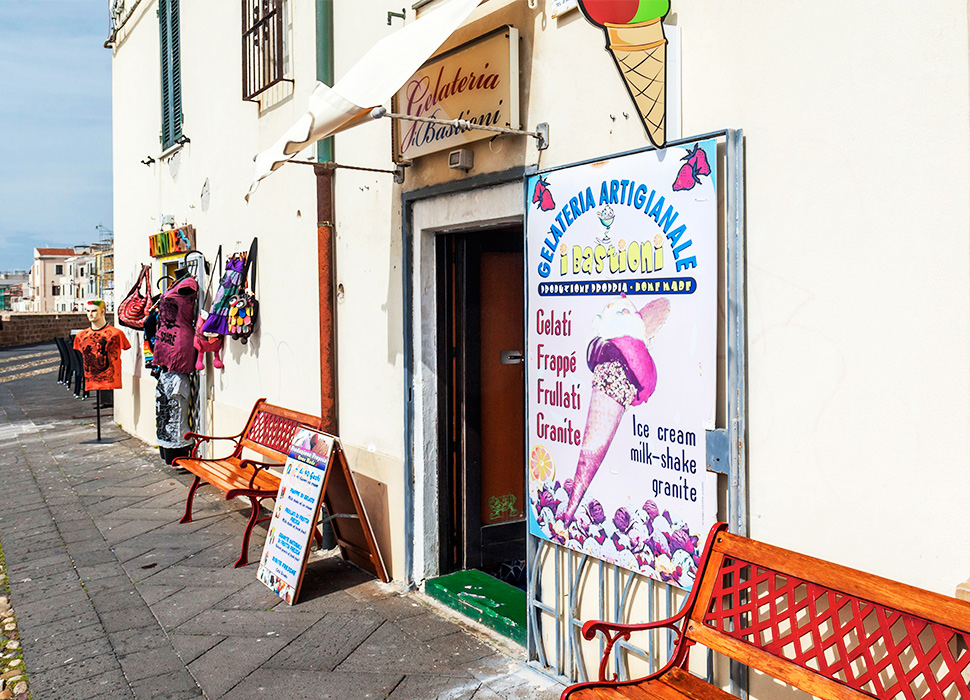 We all scream for the creamy cones at Gelateria I Bastioni / Image: Alamy

WHAT Slurping seafood linguine by the sea, stuffing your face with a giant lunch pizza, letting gelato dribble down your chin… holidays in Italy are largely about the food.

WHY Sardinia has both knockout cuisine and some of the dreamiest beaches in the country. Pitch up in Alghero with your crew for all the Italian idyll you could ever want: delightfully throwback villages, ruggedly handsome coastline, and the fresher-than-fresh seafood.

DON'T MISS For a belt-unbuckling lunch, head to Miramare Restorante, where excellent, please-everyone pizza pairs nicely with breezy sea views. The kids will no doubt devour delicious cones from Gelateria I Bastioni – and likely ask to go back every day. Hey, you’re on holiday, after all. 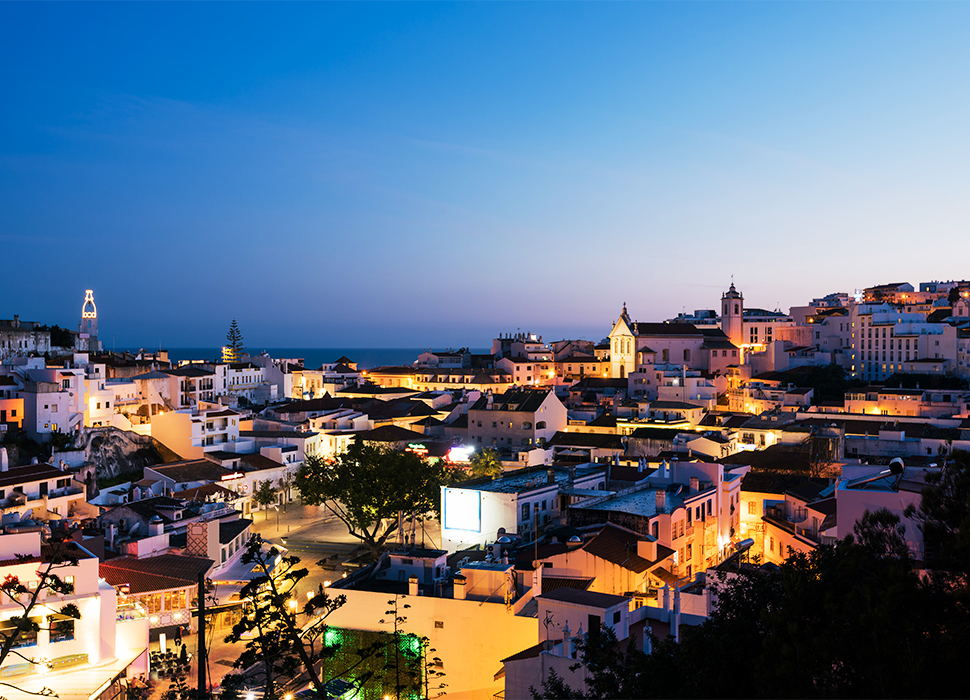 Albufeira's Old Town is pretty at any time of day / Image: Getty Images

WHAT Portugal’s Algarve region is an evergreen holiday pick for good reason: it’s got some of the world’s most beautiful sandy sweeps; lively, excellent resorts that cater to families; and relatively cheap price points.

WHY Buzzing Albufeira is everything good about the Algarve in a pretty, whitewashed village on a hill.

DON'T MISS The heart-stealing Old Town, with its mosaic-tiled streets and terracotta roofs, is crammed with family-friendly restaurants, while the shallow waters of the praia are perfect for little ones to paddle around in. And if the parents are itching to sneak away, there’s a hopping nightlife strip in the Montechoro region that’s lined with lively bars and clubs.

Book flights and holidays to the Algarve

The one for history buffs 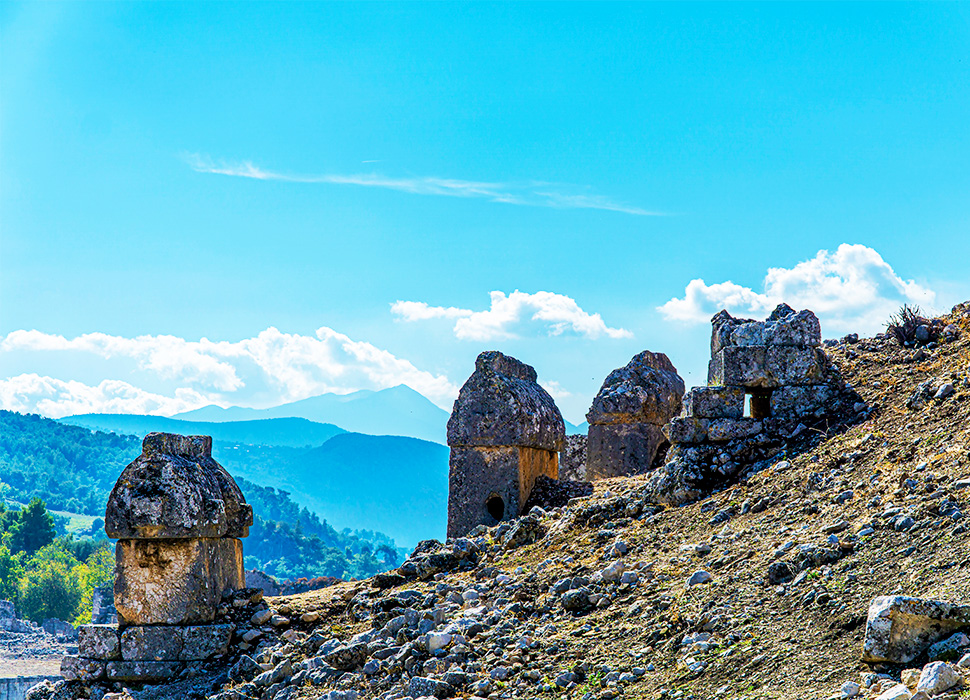 The mighty Tlos Ruins are built on a rocky outcrop overlooking the city / Image: Getty Images

WHAT Smack-dab on Turkey's glimmering Turquoise Coast and just a 40-minute drive from Dalaman, the port city of Fethiye marries excellent beaches with a fascinating cache of ancient sights.

WHY You can go from lolling about on bone-white sands to gawping at sprawling ancient citadels like the impressive Tlos Ruins, an astonishingly preserved fortress built on a rocky outcrop over 4,000 years ago.

DON'T MISS For more super-old buildings, book a tour to nearby Gemiler Island – this little speck of land off Fethiye's coast, said to be the location of the original tomb of Saint Nicholas, is home to the remains of several churches built between the fourth and sixth centuries AD. If the kiddos start to get restless, reward them with a trip to Oludeniz Water Park, where the only ancient treasure they're likely to find is in the pirate ship-shaped slide.

Take a family-friendly tour of Amsterdam