Fruits, herbs and botanicals have been distilled across Europe for many years into an amazing array of different drinks, from Unicum in Hungary to Jenever in the Netherlands. Here are 10 of our favourite famous tipples to try

Ernest Hemingway had it right. “Don't bother with churches, government buildings or city squares; if you want to know about a culture, spend a night in its bars.”

Alcohol holds a mirror to society. In the Netherlands it took windmills to produce jenever – the original gin made from milled grain. The secret formula for Hungarian spirit Unicum escaped from communism, then returned home after the Berlin Wall fell. In short, these once-in-a-lifetime drinks are historically good. 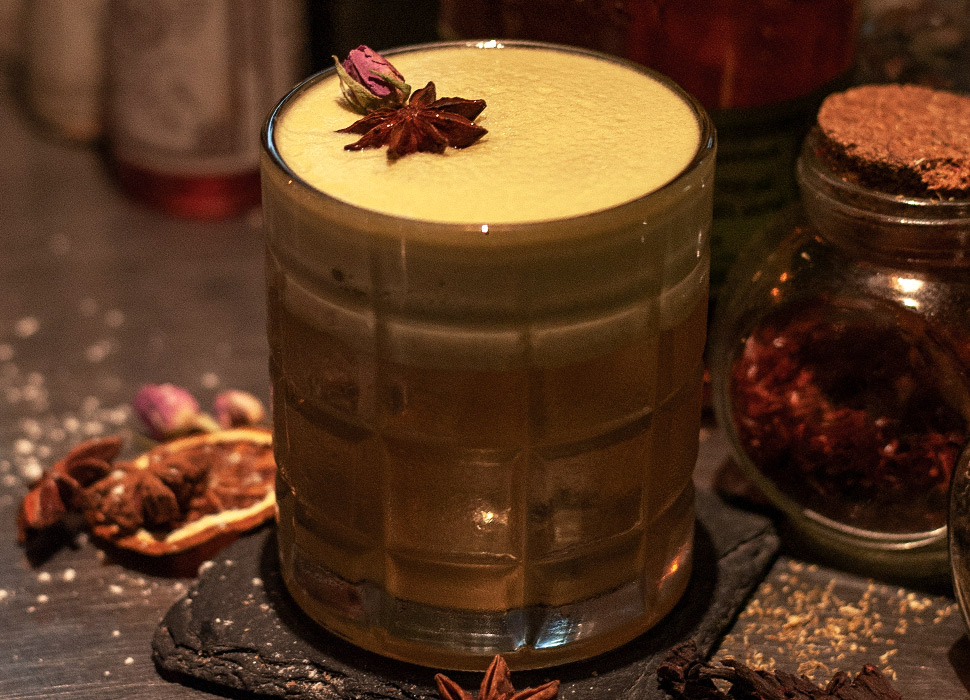 Unicum was created 200 years ago by the Zwack family. It was originally a cure for indigestion, and its secret formula of 40 herbs proved so popular that in 1948, the socialist government demanded a go at making it. The Zwack family thought otherwise so they fled to America, taking Unicum’s secret recipe with them. Back home the communists produced a far inferior attempt.

After the Berlin Wall fell, the Zwacks came back and Budapest’s bar scene now delights in Unicum cocktails, including the aptly named Transatlantic (with Mezcal and lemon peel). Note that Unicum bottles are shaped like oversized pool balls which are shockingly easy to drop on an airport floor when taking home a souvenir bottle.

Where to drink it:
Warm Up mixes made-to-measure cocktails for each customer.
Nagy Diófa 26, Budapest
warmupbudapest.hu 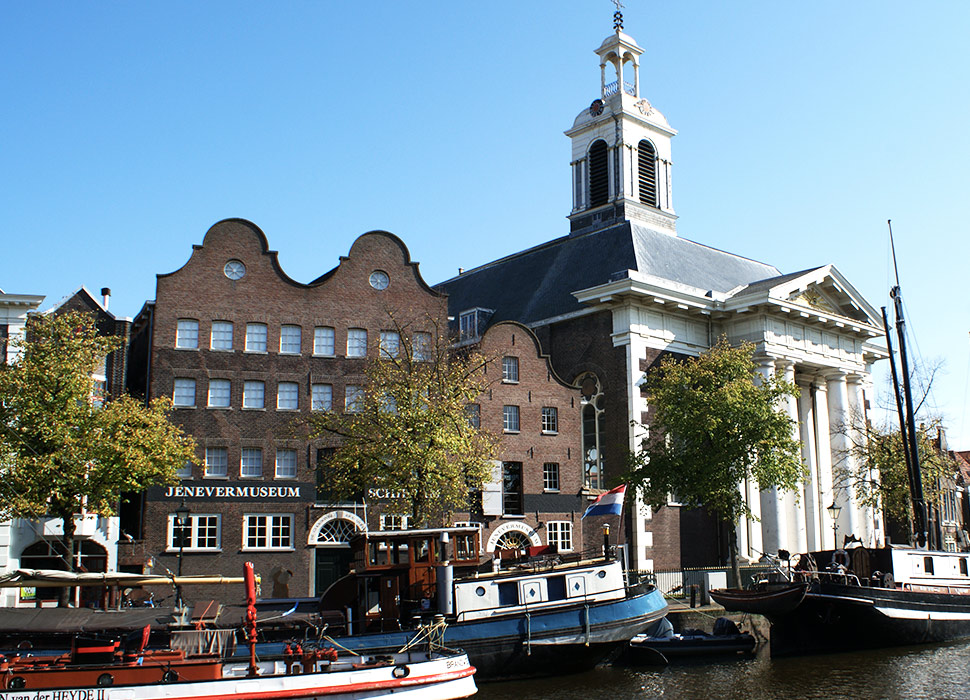 Jenever is gin’s gutsy Dutch granddad. Blame the windmills. As high-power alcohol required milled grain, Schiedam outside Rotterdam (which has the world’s highest windmills) became liquor city. There was just one problem. During the 16th century, Schiedam’s product was so potent that foraged herbs were needed to mask the taste. Most commonly that was the juniper berry, hence the Dutch name jenever.

Britain’s first Dutch king, William of Orange, brought the libation over with him and Dutch jenever morphed into London gin: same juniper tang, yet a lighter distillation to suit effete English tastes. Hard Hollanders still distil jenever to 50 percent ABV.  Drop a shot into a glass of beer to create a duikboot (submarine). Classy.

Where to drink it:
The National Jenever Museum, of course!
Lange Haven 74, Schiedam
jenevermuseum.nl 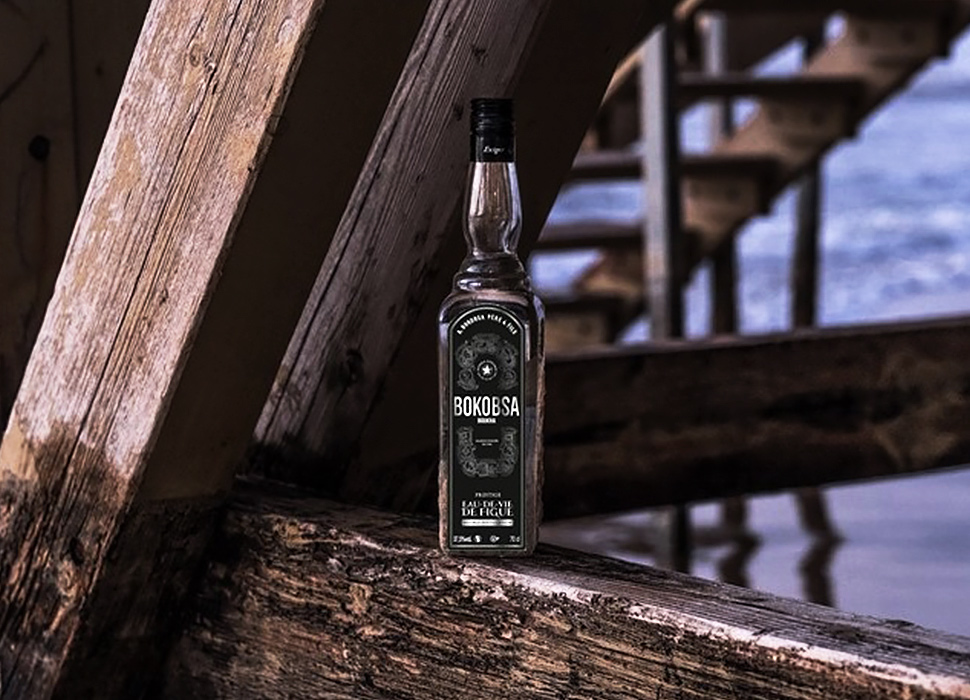 Figs. What else could you make a Tunisian spirit from? Technically an eau-de-vie (a 'water-of-life' fruit brandy in the French tradition), bouhka is in the same tongue-burning league as German schnapps (made from pears, cherries or other fruits) or Sri Lankan arrack (made from coconuts).

The backstory? Totally bizarre. In 1815, Russian émigré Yaakov Bobobsa settled in sunny Tunisia to improve his health and he took his mobile distillery with him. Naturally, the Russian called his homemade alcohol vodka or водка in Cyrillic. Tunisians read the label as ‘boukha’ and the name stuck.

The spirit is frequently served with fruit salad to suffuse its tummy-burning side effect. Tough guys drink it on the rocks.

Drunk neat, Licor de Platano is as sweet as 7Up – and just as bad for your teeth. In Tenerife bars, the liquor is cut with cream, milk and a shot of rum, rendering it a 'nutritional alternative' to food. 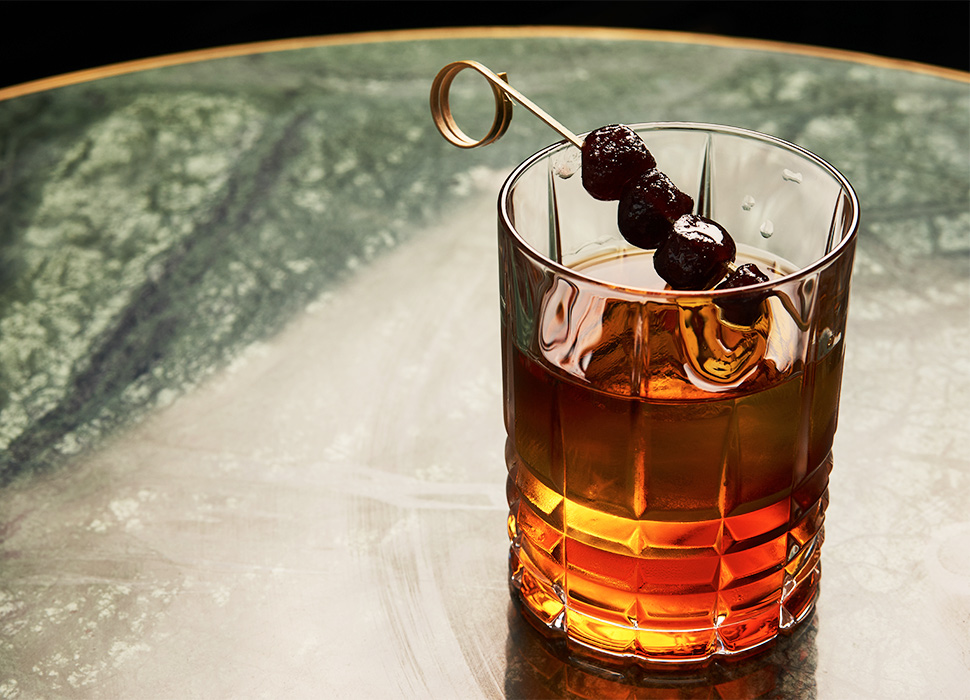 Artichokes. Seriously? Italy's most popular bitter is like dinner in a glass. The taste is centred around the astringent and spiky vegetable, while 12 assorted botanicals lend aromas of walnuts, wild strawberries and spinach.

Indeed, in the 1950s Cynar was launched by the Milan-based Campari Group as an aperitif to stimulate appetite. At a stomach-soothing 16.5 percent, its subtle flavour worked equally well in cocktails. A Bitter Giuseppe cocktail blends vermouth and lemons and by replacing Aperol (made with rhubarb and flowering shrubs) drinkers can enjoy the darker, moodier Cynar Spritz. Roll on summer.

Where to drink it:
Camparino, run by the Campari Group, has been Milan’s ultimate white-jacket waiter bar since 1915.
Piazza Duomo 21, Milan
camparino.com 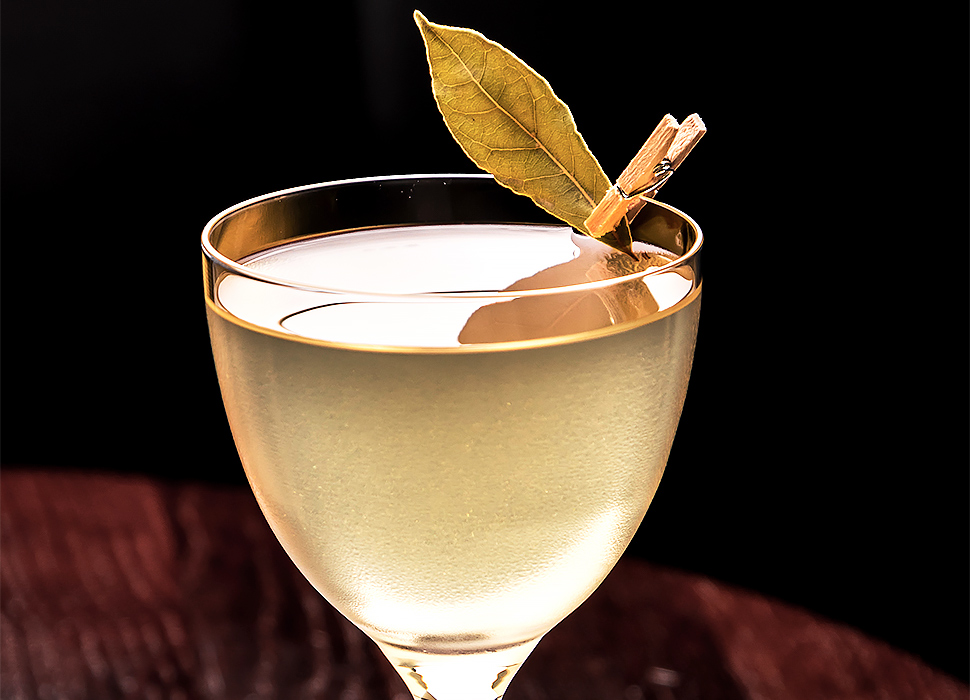 Taste of India at The Hemingway Bar

Josef Vitus Becher was a 19th-century legend: a mayor and counsellor, he also found time to conduct boozy experiments inside his rented wine distillery and father 16 kids. Becher’s trick wasn’t subtle – back then, medicinal herbs were sold in crushed form and he made medicine far more exciting by combining the lot into an alcoholic drink.

The result was Becherovka. Still produced in the spa town of Karlovy Vary, the spirit smells of cinnamon, tastes of ginger and actually does you good. Magic. Becherovka found global fame in the cocktail Beton, part Becherovka (the ‘Be’) and part tonic (the ‘ton’). Derivations of the Beton include the Bibi Beton (with Czech pilsner and lemon juice) and the Espresso Beton (just drop in a shot).

Where to drink it:
Old school watering hole The Hemingway Bar which mixes an excellent cocktail.
Karolíny Světlé 26, Prague
hemingwaybar.cz

Romania’s national firewater is made from its most popular fruit – plums. Each October, some 75 percent of the country’s plum harvest is shovelled into barrels, left to ferment, then distilled over charcoal-stoked stills.

Making tuica is a seriously low-tech process: many back yards around Bucharest are graced with an octopus of copper pipes and rubber tubes. Single distillation makes a 20 percent alcohol by volume brew (a common Black Sea drink). Triple distillation of tuica (a process more popular in the meaty region of Transylvanna) raises alcoholic volumes to 60 percent.

Making this moonshine would be illegal in most nations, but the variety of recipes means this made-in-the-shed liquor tastes unique in every town. Although you’ll need a second shot to put out the fire in your belly from the first one. 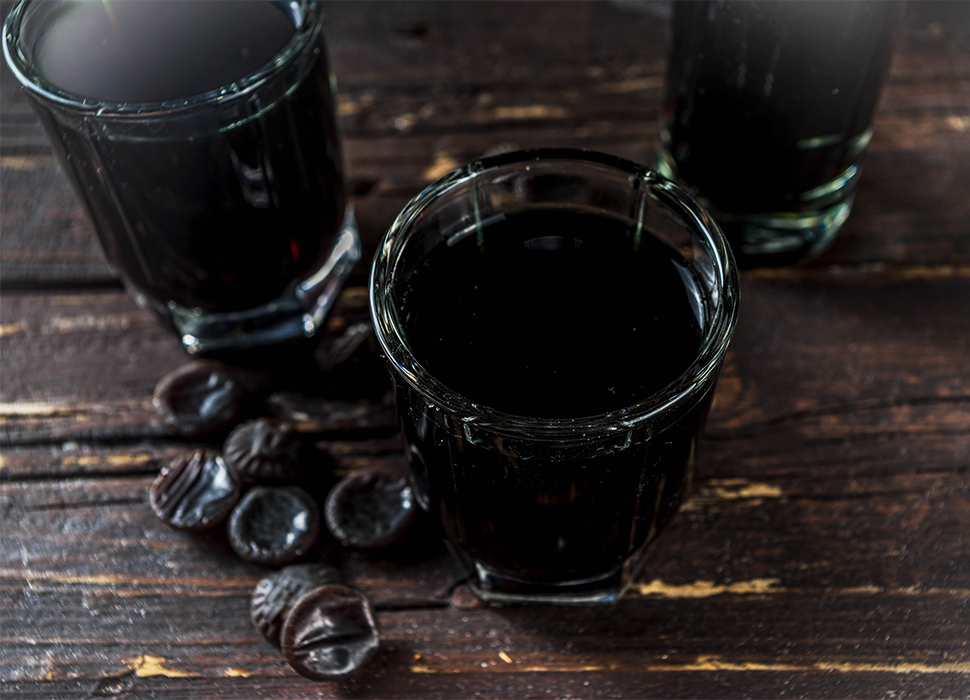 You know that salt liquorice that Scandis love and always bring you as a gift?  Now just imagine if they infused it with their favourite  firewater. Salmiakki Koskenkorva is vodka laced with salt liquorice and sometimes the confectionary brand Tyrkisk Peber (‘Turkish Pepper’) is ground into the mix. So grown up.

Some say the jet-black libation resembles cough syrup. That’s because the original ammonium chloride flavouring (which delivers the salt liquorice bomb) was also used in throat lozenges. Raise a toast to the drink’s ecologically aware parent company, Koskenkorva near Helsinki: it has a recycling rate of 99.9 percent and does a fine line in blueberry-juniper and raspberry-pine vodkas too.

Where to drink it:
The folks at Glo Lounge Bar know how to serve it best.
Lönnrotinkatu 29, Helsinki
glohotels.fi 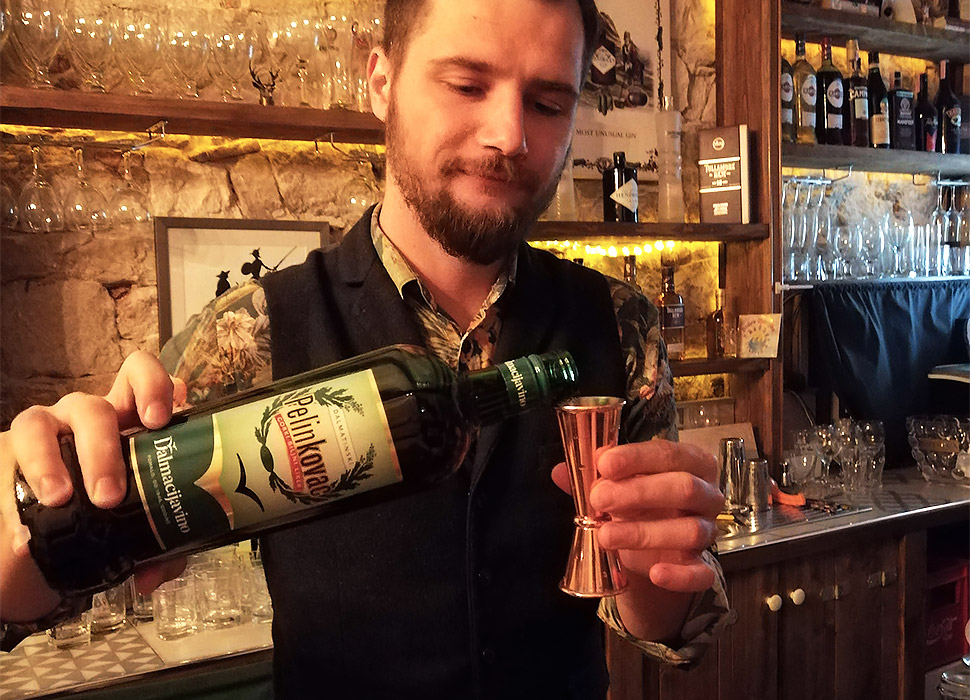 Pelinkovac is a Croatian bitter liqueur based around wormwood, the head-twisting plant used in the production of absinthe. Like most aperitifs, it was first marketed as a cure-all medicinal drink. Which was probably just an excuse for a cheeky shot.

However, Pelinkovac is different because it contains a second volley of wild aromatics which are collected from the Dinaric Alps behind Split. The herbs are then dried in Adriatic winds to impart a saline whipcrack. Even the best Croatian hotels stock miniature Pelinkovac bottles in their minibars. Jägermeister – its German rival – be damned.

Where to drink it:
For booze and books, try Marvlvs Library Jazz Bar.
Papalićeva 4, Split
facebook.com/marvlvs

In Montenegro, rakija oils the wheels of society. Thimble-sized glasses are sunk to mark every milestone: births, deaths, saint’s days and business deals. But beware, to the uninitiated, rakija burns hotter than Satan’s barbecue. In times past, the spirit was even used as a medical aesthetic and to flush out a fever. However, as a palate cleanser and unadulterated taste of Montenegro, it’s second to none.

The three favourite base ingredients for this fruit brandy are apple, pear and quince. Mixed in are herbs (which makes it travarica) and honey (medovača). A single distillation gives you a 20 percent version; a double distillation nets you prepečenica, which can induce feelings of self-assurance and lionesque strength. Until breakfast at least.

Where to drink it:
Under the palm trees of Caffe Bar Propela.
Obala Maršala Tita, Tivat
facebook.com/UnaPropela

Tristan Rutherford is the editor of Tonic, a new print journal that distils untold alcohol stories from Haiti to North Korea. easyJet Traveller readers can purchase the first volume with a £5 discount using this code: EASYTMINUS5