The prettiest canal cities in Europe

Eat your heart out, Venice – these gorgeous cities have waterways for days. We round up the best of the rest of the continent's canals

OK, Venice, we get it – you’re hot stuff. But no one likes a brag, and you’ve hogged enough real estate in our feeds for the next century. It’s time to turn the channel to these equally pretty cities and admire their incredible conduits. Oh, no need for the waterworks – we’re sure you’ll get your time in the sun again, but until then, we’ll be seeing these other cities. 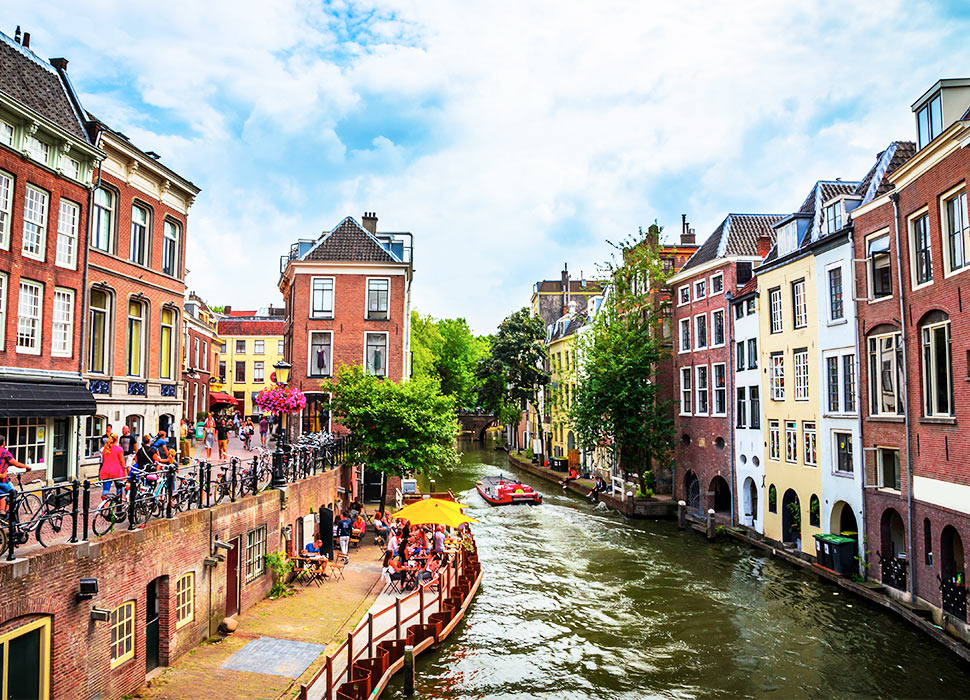 Apart from Venice, the Dutch capital Amsterdam gets much of the canal-related glory. But Utrecht is just as watery, enclosed by a 6km canal ring that acts as the city’s main artery. You’ll find a series of delightful wharfs dotted along the water – a Utrechtian trademark, since it’s one of the only towns in the world to feature these kinds of inner-city working docks that date back to the Middle Ages. These days, they’re used less for unloading cargo and more as floating terraces where happy locals drink and bask in the sun. 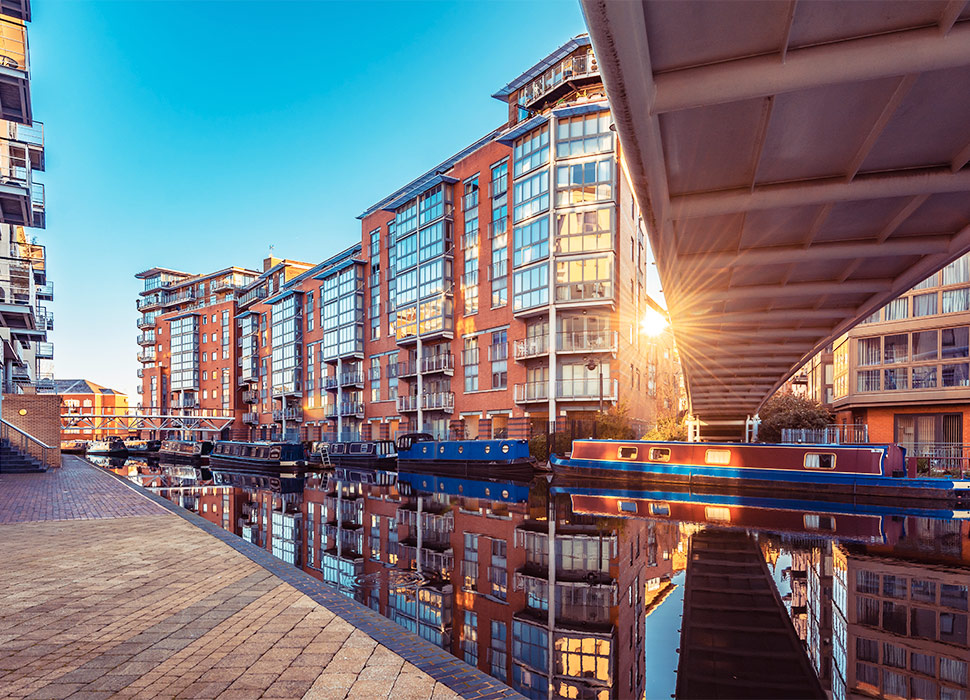 England’s second city may not be known for its beauty, but Brummies know something the rest of us don’t – their city is bursting with beautiful waterways. B'ham’s impressive canal network clocks in at 100 miles, which is said to pip Venice. Who knew that the king of canals is actually in the West Midlands? Pick your jaw off the floor and feast your eyes on these downright gorgeous ducts, which carve through the city’s most significant historic neighbourhoods. We recommend seeing them all on a guided walk from the Canal & River Trust, before rewarding yourself with a terrace-top pint at one of the Gas Street Basin’s many quality drinking holes. 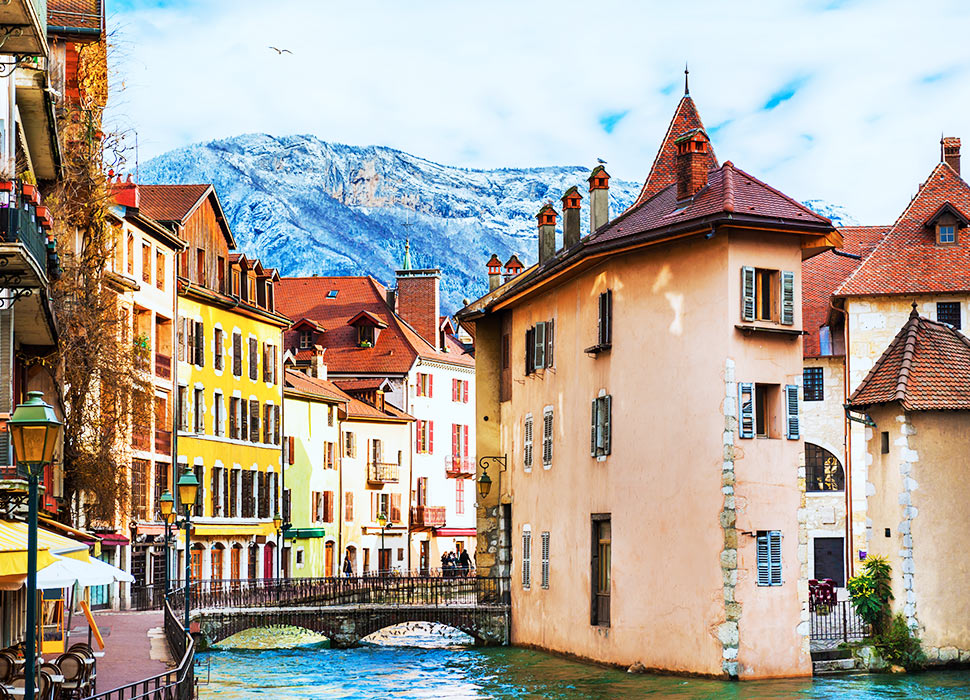 Annecy’s postcard-perfect old town has more waterways than roads, which means pretty much everywhere you look there’s a sliver of glinting water snaking between rows of pastel-coloured houses. There’s little doubt why locals call it the ‘Venice of the Alps’ – certain corners are indistinguishable from the floating city. But look beyond the higgledy-piggledy canalside architecture, where you’ll spot an incredible backdrop traced by blue Alpine mountains, and you’ll know instantly that you’re in northern France rather than Italy. Spend the day weaving between the many restaurants, bakeries and boutiques that line the canals, all housed in buildings dating back hundreds of years. 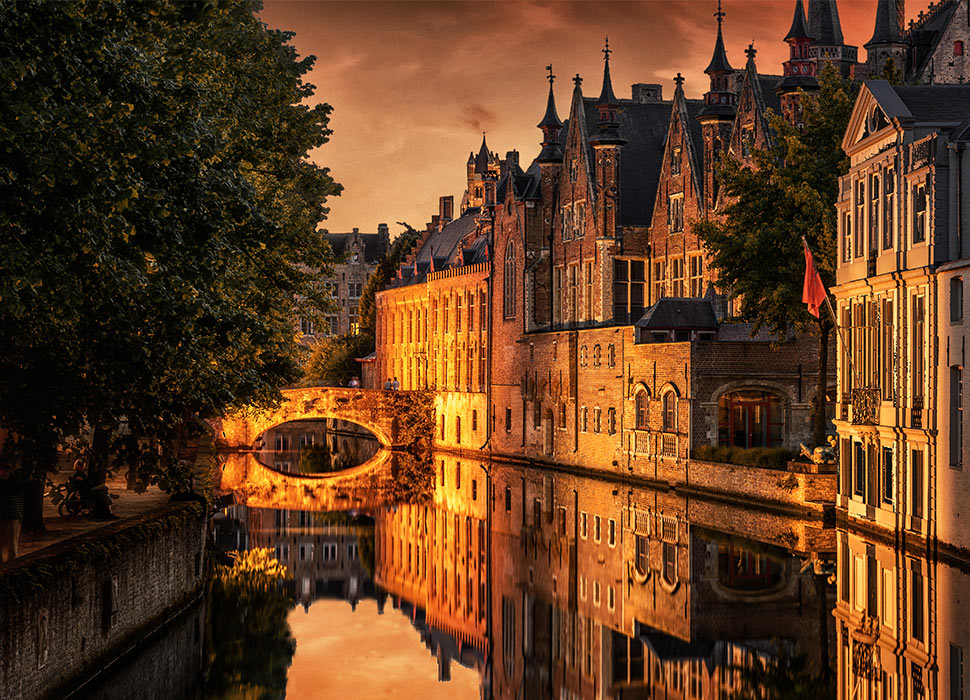 Time really does stand still along Bruges’ waterways – so still, in fact, it feels like it’s barely rolled on since the 15th century, when the mid-sized Belgian city exploded as a trading centre. Its whitewashed almshouses and romantic cobbled lanes have been remarkably preserved since then, giving Bruges a stuck-way-back-in-time feel that draws in camera-wielding visitors – to say nothing of the tourism boom caused by a certain 2008 Colin Farrell crime drama. Most will be day-trippers who'll miss out on the gorgeous pink-orange sunset mirrored on the many canals, so we highly recommend booking into a hotel and making a romantic weekend out of it. 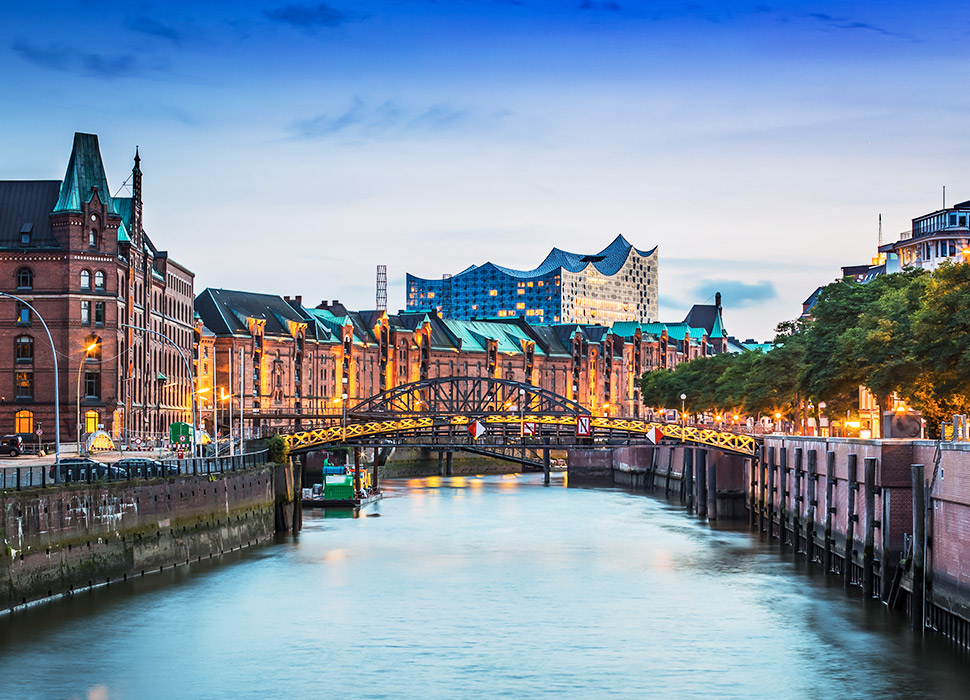 Germany’s second-largest city never fails to delight – it’s got arguably cooler bars and clubs than super-hyped Berlin, a surprisingly multicultural (and delicious) dining scene, plus more canals than Amsterdam and Venice combined. Yep, Hamburg has a few tricks up its sleeve, so it’s a shame it’s often passed over by weekending travellers. But those who do make it here will find a beautiful, vibrant city brimming with incredible architectural feats (the Elbphilharmonie is a marvel) and wide, glowing waterways. Taking an old-school steamer cruise from Jungfernstieg wharf is the best way to admire the city’s beguiling mishmash of neo-gothic and modernist buildings. 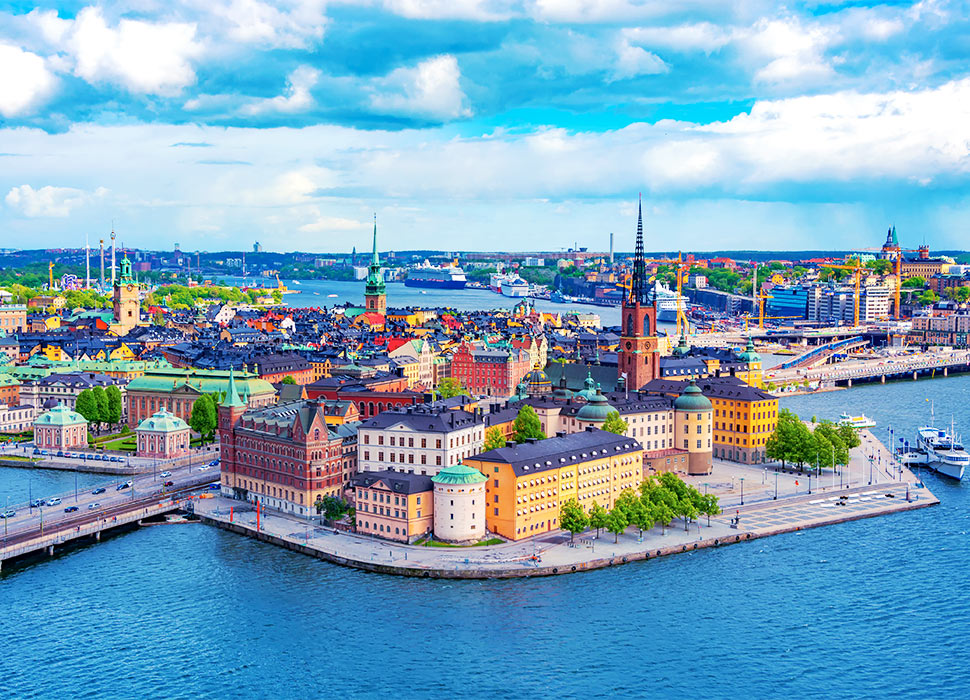 Stockholm's most famous waterway, the Djurgårdsbrunnskanalen, runs through the centre of the city, separating attraction-heavy Djurgården island (home to cultural powerhouses like the Vasa and Abba museums) from the mainland. The 5km path that follows the canal is one of Stockholm's most popular walking routes – cross the Djurgårdsbrunn bridge into Djurgården and stroll along the tree-lined trail until you reach Café Blockhusporten, a lovely refuel spot looking out on to the bay. 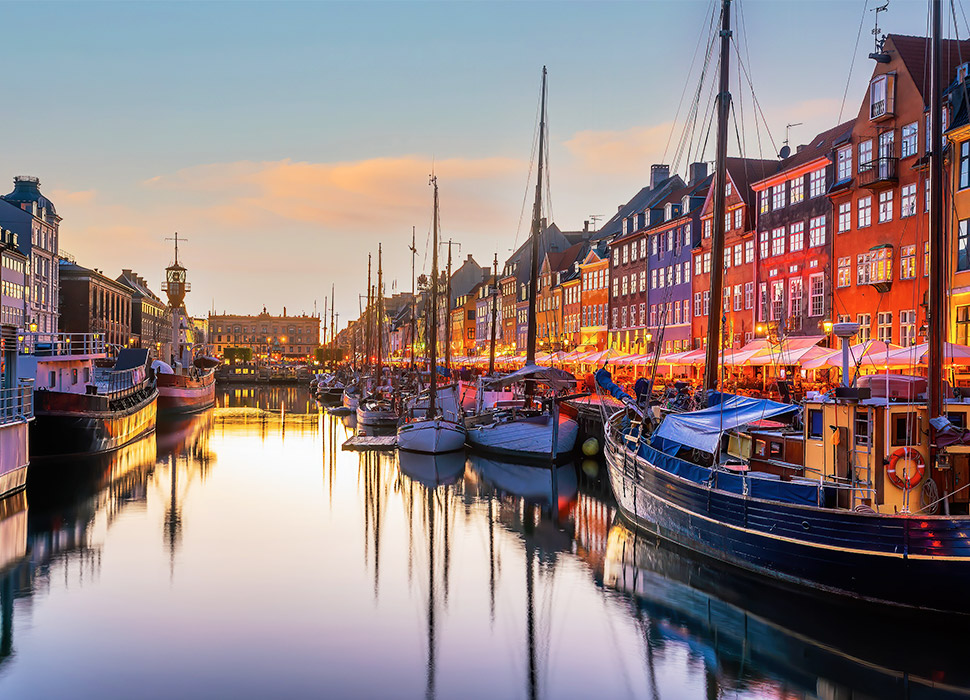 If Copenhagen’s canals are good enough for celebrated author Hans Christian Andersen – who lived alongside their watery treasures for more than 20 years – then they’re good enough for us. Connecting the city with the bustling old port area of Nyhavn, a particularly pleasant place to listen to some live music and sink a cold one, the Danish capital’s canal network is also a great way to see some of the area’s most famous sights, from Little Mermaid statue (based on the book by ol’ Hans himself) to the Opera House. Just keep a careful eye out if you partake in a boat tour; the bridges are low, so try not to literally lose your head with excitement. 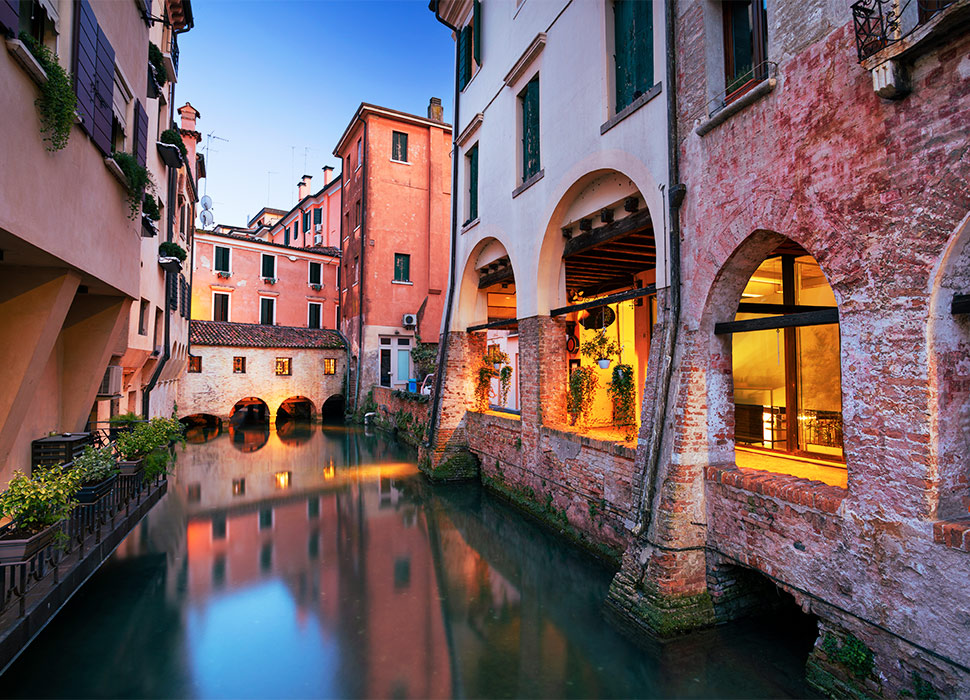 Still want that authentic Italian experience without mentioning the ‘V’ word? Head to neighbouring Treviso – which is also threaded with canals but remains the region’s more understated option. Predating the Romans, Treviso is rich with history, from the various mills still dotted about the city to the beautiful Cathedral, which houses Titian’s renaissance masterpiece, the Malchiostro Annunciation. Located in the middle of the Buranelli Canal, you can swing by the charmingly old-school fish market, then pop to a waterside cafe for tiramisu – it was invented here, dontcha know! 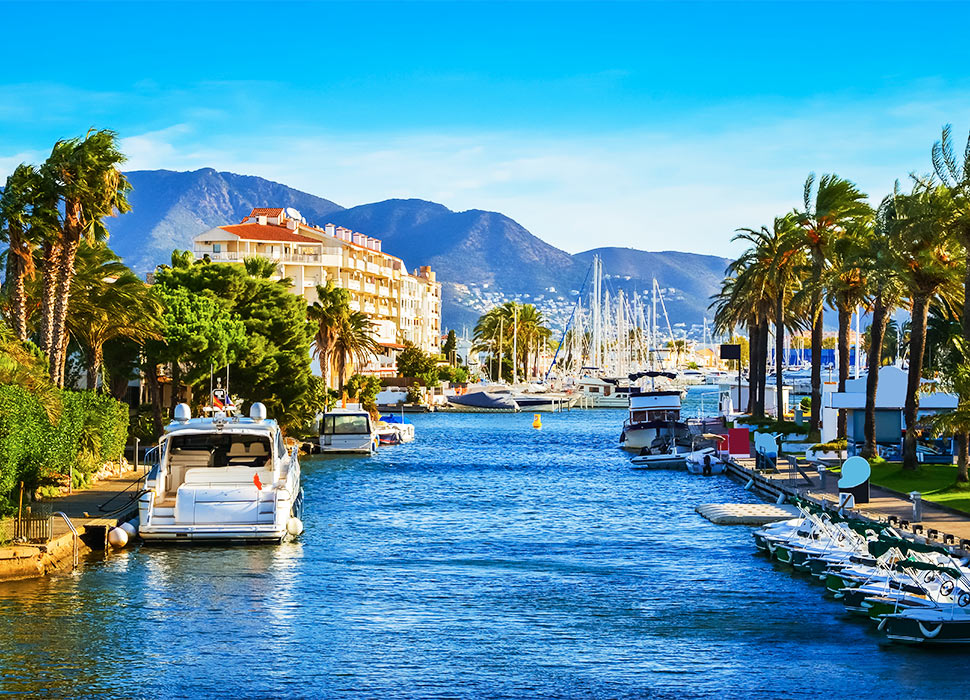 Boasting more than 25km of explorable canals, Empuriabrava – nestled along the Costa Brava north of Barcelona – is often nicknamed the "Venice of Spain" for its attractive waterways and luxurious, holiday-making potential. With the largest residential marina in Europe, you’ll be spoilt for choice with where to stay; overflowing with holiday homes, the city attracts around 80,000 people to its centre across the summer. Take an eco-boat to traverse the network guilt-free, head to Can Comes beach to explore its 4km stretch of sand dunes and lagoons or, if you want a bird’s eye view, sign up for a light spot of skydiving. The town's centre is said to be one of the world’s best.