9 top museums worth planning your trip around

Escape the chill and spend an enlightening day at one of these exciting European museums. They're so fun you won't even notice you're learning, we promise…

Sponsored by our trusted partners

1. THE ONE WITH FULL-BODIED APPEAL 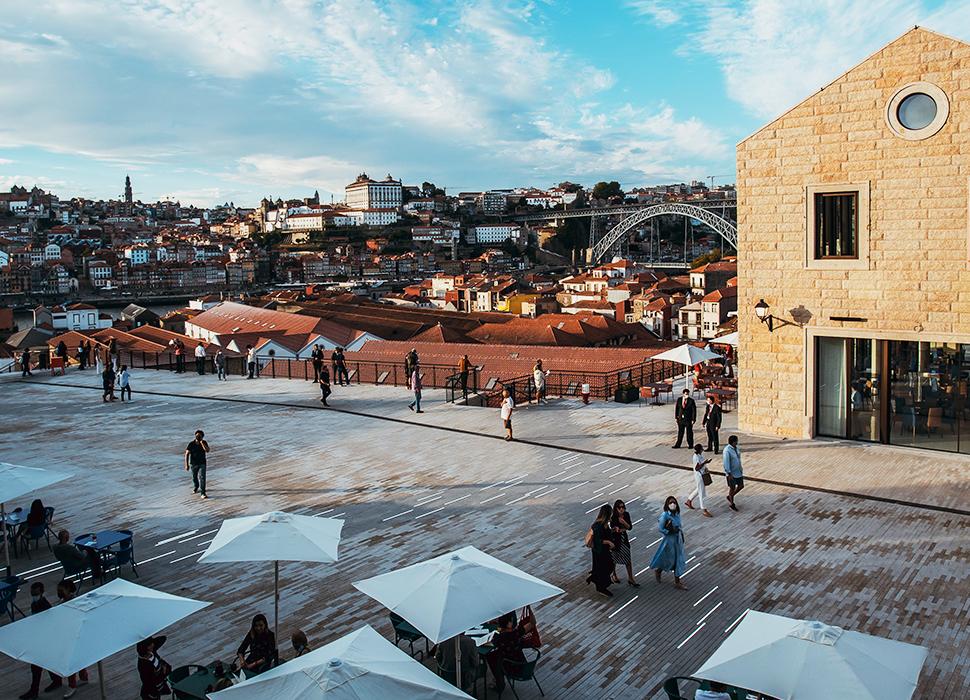 Once regarded as Lisbon’s quiet sibling, Porto has in recent years come running to the fore as a fantastic city-break destination – and now there’s even better reason to visit. Opened in July 2020, the World Of Wine (WOW) is an entire city district devoted to all things oenophilic. Situated on the south bank of the Douro river in a series of handsomely resorted cellars and boasting no fewer than six separate museums, plus a tasting school, shops and event spaces, it’s the kind of place you could easily spend the whole day – or weekend.

2. THE ONE WITH THE VIRTUAL SKI JUMP 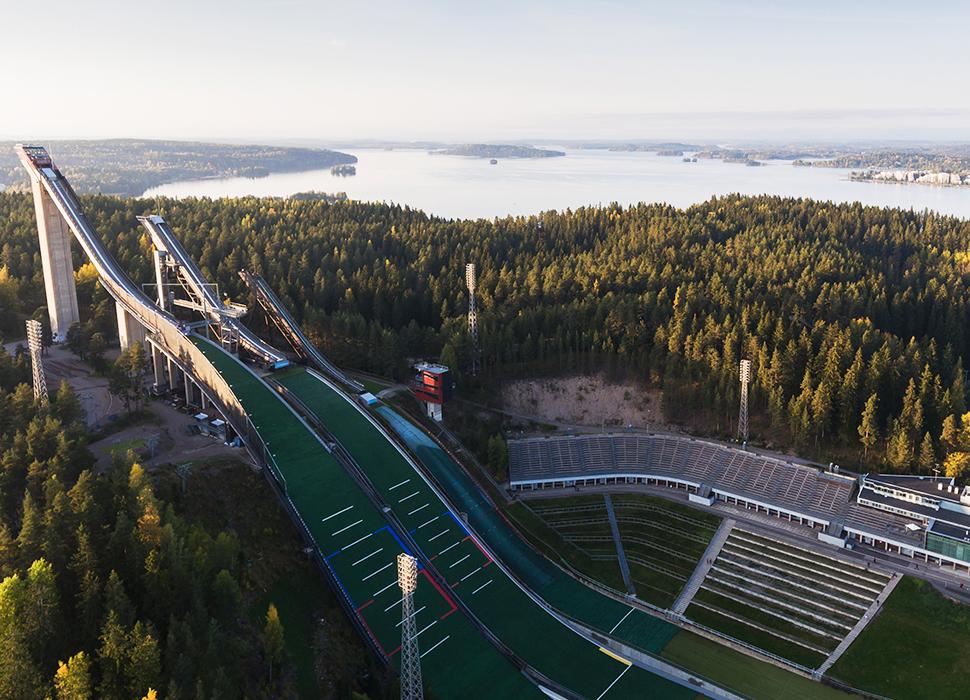 Take a leap into Finnish culture at the Lahti City Museums

Located just an hour’s train ride from Helsinki, the Lahti City Museums can fill a full day out thanks to five different venues that provide deep dives into the history of Finnish art, radio and TV, local history and skiing. Why skiing? The city is famous for the sport, and as well as regaling you with tales of local legends, the Ski Museum offers the unique chance to experience what it’s like to soar through the air on a ski jump in a 3D simulator.

3. The one with the extravagant top 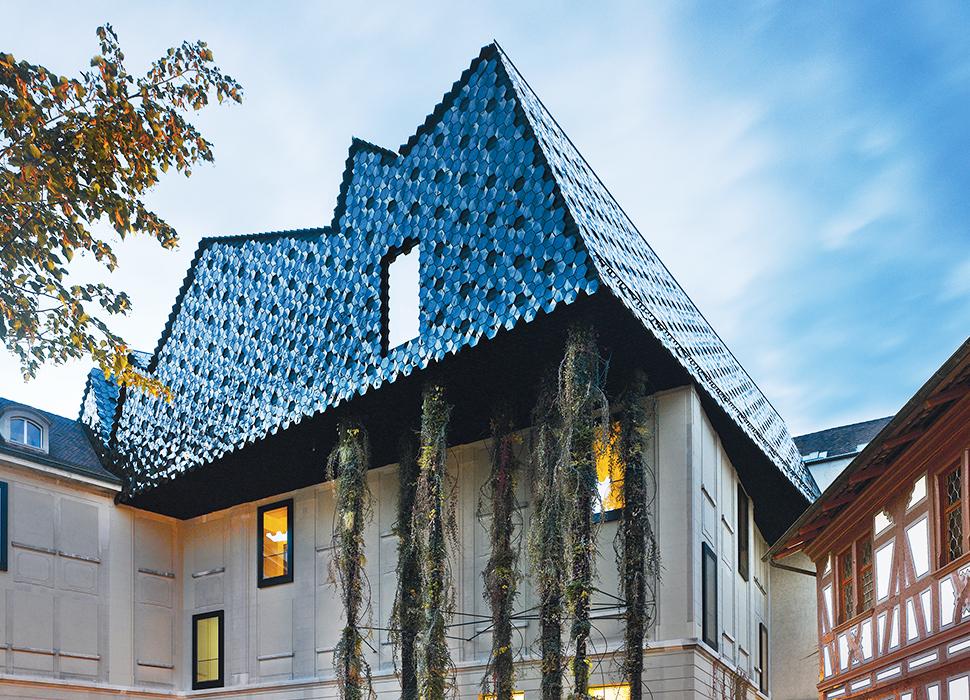 Europe’s leading ethnographic museum not only holds more than 340,000 objects from all corners of the globe, it also puts on theme-based exhibitions offering familiar and new perspectives on culture.

The museum had a sympathetic facelift a few years ago but kept its charismatic old features. Located in a picturesque courtyard in the heart of the old part of town, the original building of 1917 was given a new façade and an extravagant roof construction by architects Herzog & de Meuron. The imposing folded roof glitters brightly in all weathers but still manages not to look out of place in the medieval townscape.

4. THE HIGHLY ARRESTING ONE 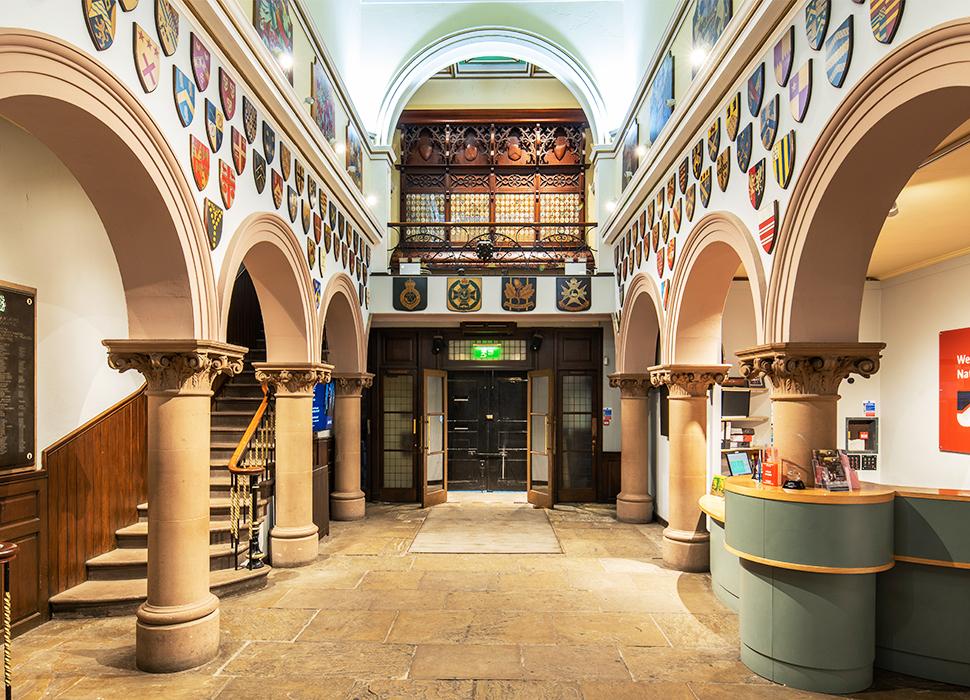 Cop an eyeful of the countless fascinating objects and historic treasures on display at Nottingham’s National Justice Museum. It's situated in the appropriately imposing Shire Hall and County Gaol – where luckless ne’er-do-wells have been locked up since 1375 – and you’ll encounter historic figures, marvel at grisly crimes and learn all about the positive contribution the law makes to all our lives today. Go along and judge for yourself.

Fly to Manchester or Birmingham

5. THE ONE TO FEED YOUR SOUL AND STOMACH 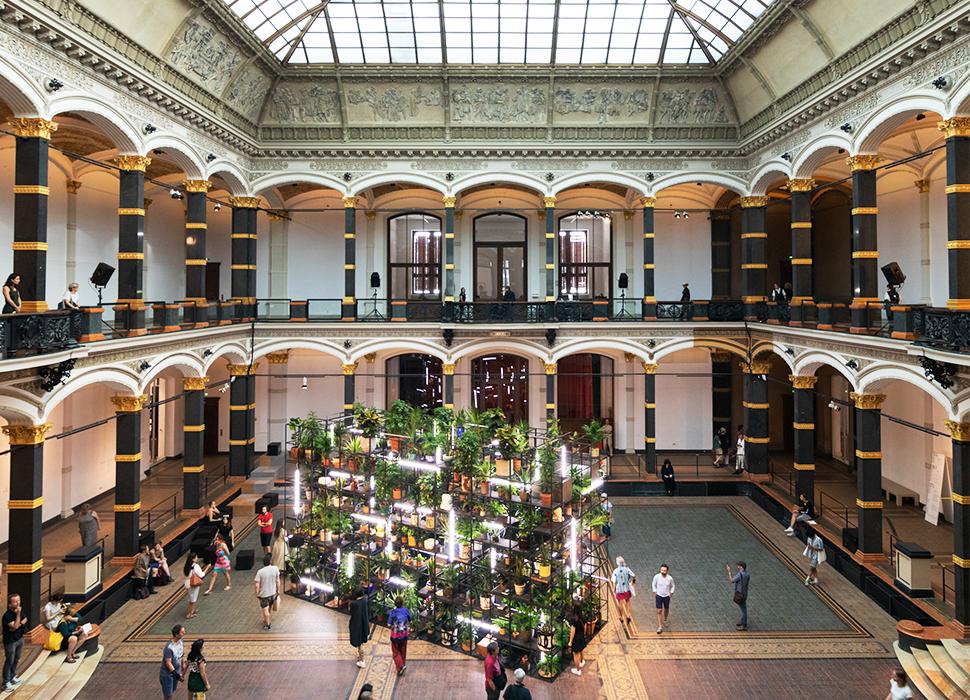 Having previously exhibited artists such as Lee Bul and hosted noted exhibitions such as “Garden of Earthly Delights”, Berlin’s Gropius Bau can rightly claim to be one of Germany’s most influential modern art museums. And the building, created in an Italian Renaissance style, provides an architecturally impressive backdrop for visitors to enjoy challenging exhibitions, lively performances and films, as well as an opportunity for critical exchange. Combined with fresh gastronomy and a first-class bookstore, it’s an artistic and culinary all-round experience.

6. THE ONE THAT’S A MODERN-ART TREASURE TROVE 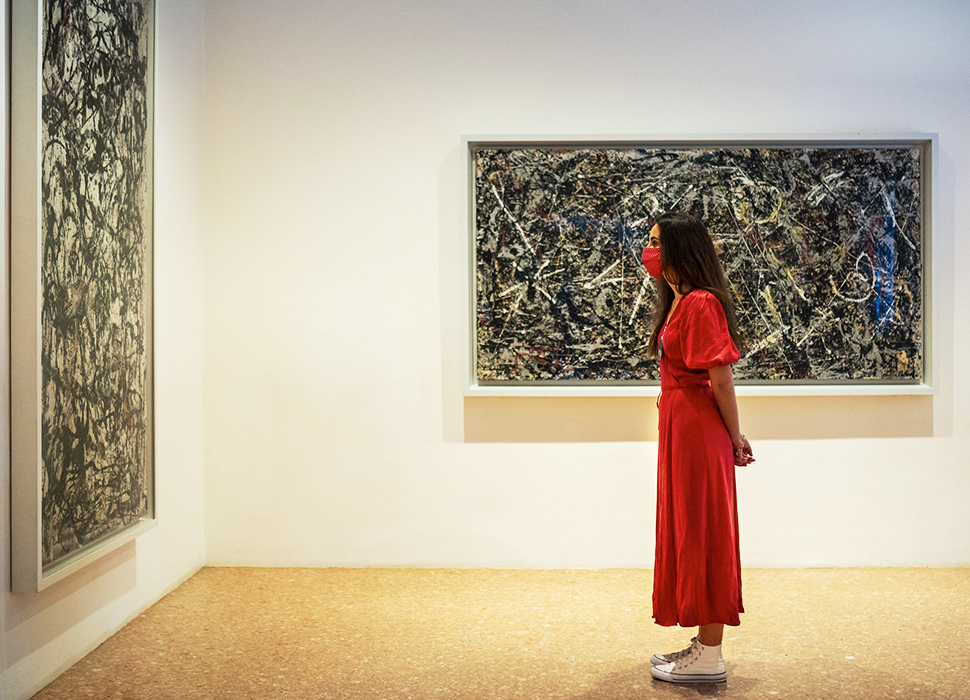 The Peggy Guggenheim Collection in Venice is a must visit for anyone staying in the Italian city. Peggy Guggenheim famously spent her life collecting works by some of the best-known names in modern art – including Pablo Picasso and Jackson Pollock, whom she is famous for discovering – and most of it is on display here, making for an extraordinary journey through the history of the movement. Just as impressive as the art is the place where it’s housed. The Palazzo Venier dei Leoni was formerly the home of the gallery’s patron, and it’s a setting befitting such a notable collection.

7. THE ONE WHERE YOU CAN MAKE YOUR OWN EXHIBIT 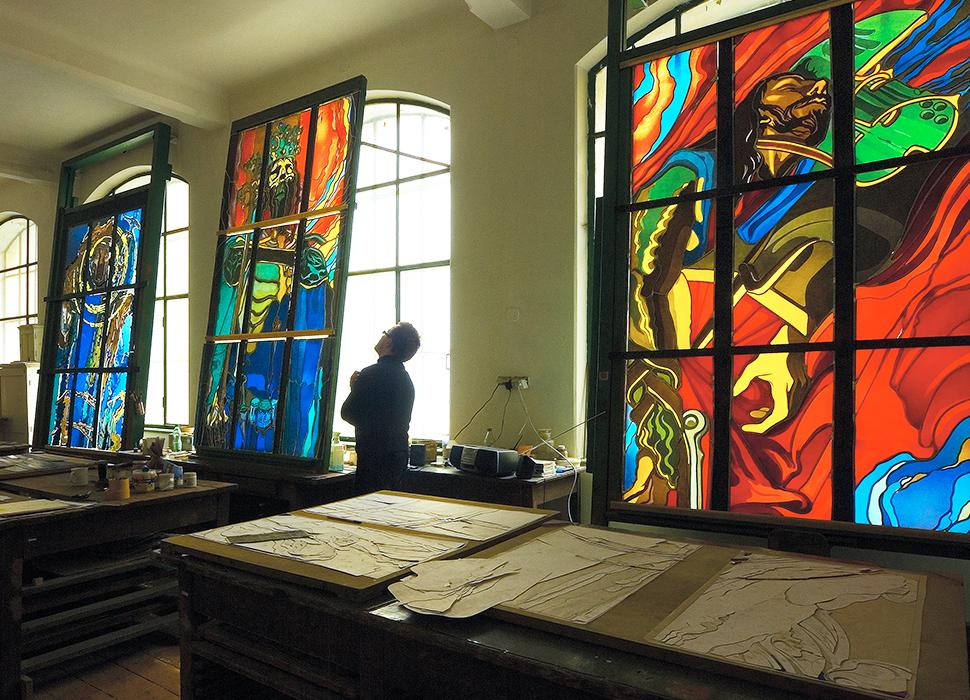 The Stained Glass Museum in Krakow, Poland, is not just for those who love staring wistfully through church windows. This immersive and interactive day out features skilled craftsmen at work, creating stained-glass objects while you marvel at their expertise. You can even have a go at creating your own stained-glass souvenir in a two-hour workshop, before enjoying a tour of the exhibitions featuring work by leading modern day glass artists.

8. THE ONE WITH PLENTY OF SPIRIT 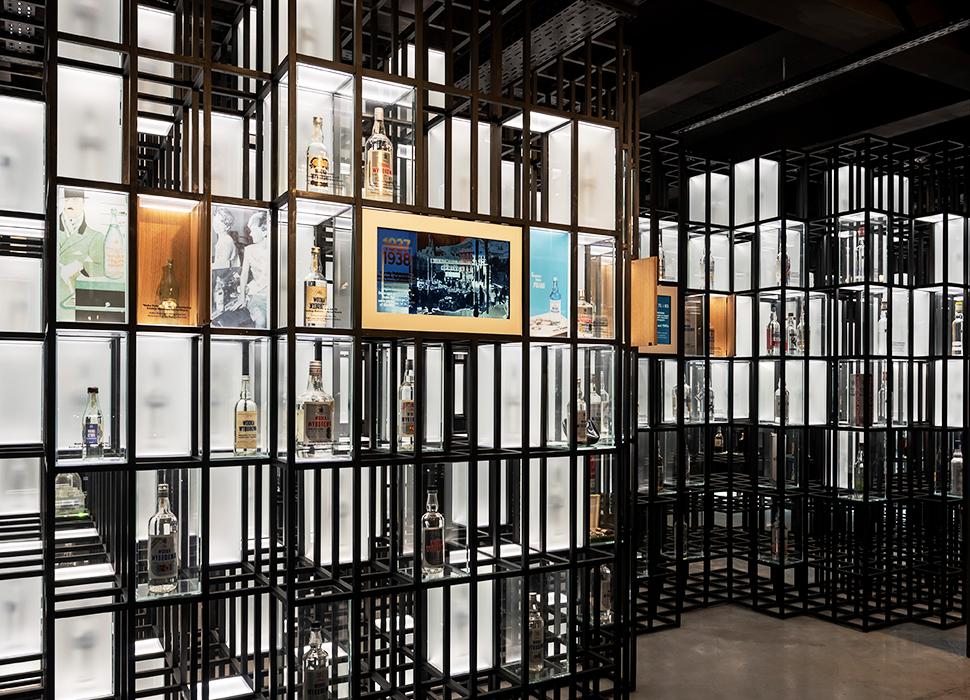 Think historical exhibits are dry and boring? Then you clearly haven’t visited the Polish Vodka Museum. Interactive galleries provide a compelling and thoroughly modern insight into the 500-year-old history of Poland’s national drink, revealing the production methods and even the political influence of the much-loved tipple. At the end of your tour, you’ll then get to see what the fuss is about when you sample the goods, served in style by the bar team. Na Zdrowie!

9. THE ONE FOR REAL NAVAL GAZERS 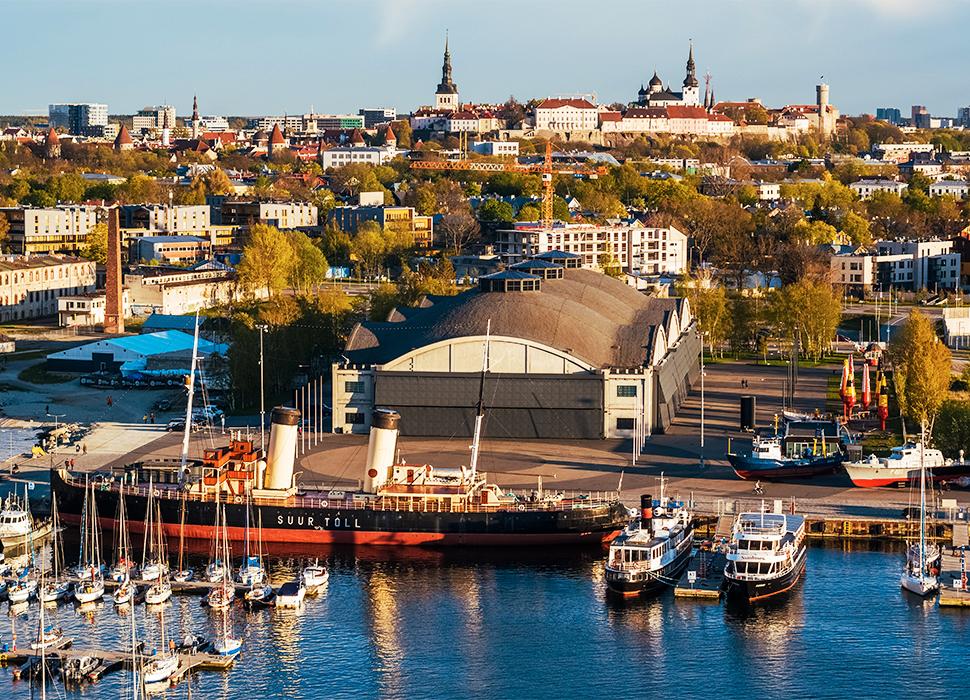 The Estonian Maritime Museum is truly an immersive day out

Explore the Baltic coast’s mighty seafaring heritage by navigating a course to the Estonian Maritime Museum. Straddling two eye-catching venues –a 500-year-old cannon tower affectionately named Fat Margaret, and an intact century-old Seaplane Harbour – you’ll encounter everything from real medieval shipwrecks to Lembit, a one-of-a-kind pre-war submarine and a longstanding mascot of the Estonian navy. How’s that for an immersive day out?