The 25 most iconic easyJet destinations

EASYJET ARE CELEBRATING A QUARTER-CENTURY IN BUSINESS. GO ON, TREAT YOURSELF TO ONE OF THESE PERFECT BREAKS

The first ever easyJet flight left Luton airport headed to Glasgow in November 1995, 25 years ago this month. To celebrate, we've rounded up the 25 most iconic getaways you'll find at the end of an easyJet flight, so you can start ticking them off your bucket list in 2021. Call it a birthday treat (yours is coming up, right?) and book now.

1. Indulge your sweet tooth in Paris

We start with Paris – the French capital is famously a loveable springtime staple, and not just for the nodding tulips of the Tuileries gardens. The bright colours of the epic eclairs found at the city's best shop (L'Eclair de Genie, so we reckon) are a beacon for gourmet travellers.

2. Sprawl on the spectacular beaches of Sardinia

Look beyond the beach resorts of northeast Sardinia and you'll find some of the dreamiest (and quietest) stretches of sand in Italy. Breezy Sandy Le Vecchie is virtually unknown to non-surfers; green-ringed Dottore Beach offers a near-private scuba diving experience; and idyllic San Teodoro is home to countless flamingos. That's three solid reasons to lay your towel near Olbia.

3. Mellow out in Marrakech 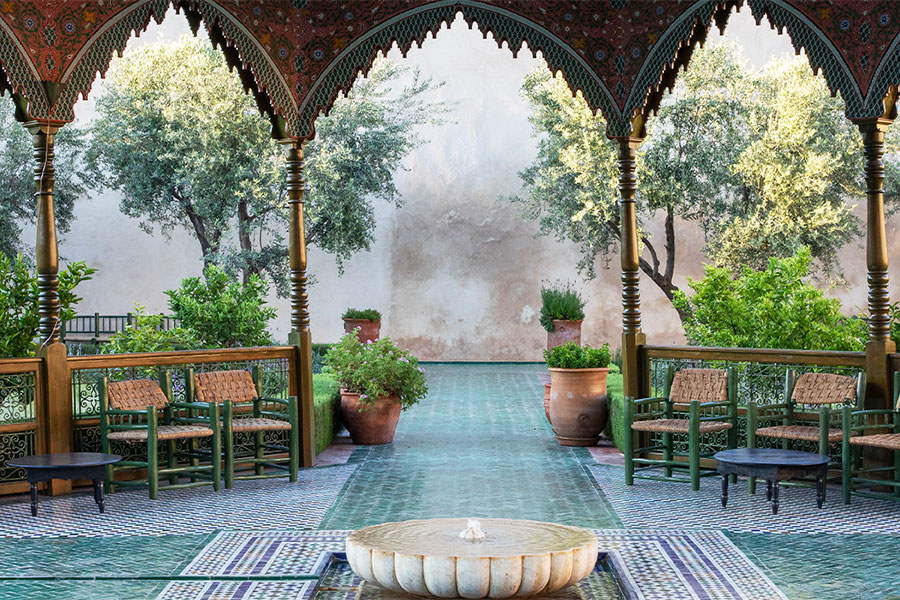 The red city of Morocco is best known for its bustling souks, where pushy sellers meet artful hagglers in a battle for bargains. But venture down the right back alley and you'll find yourself in some of the most peaceful gardens on the planet – perfect for drinking mint tea until you burst.

A classic spot in every sense, Vienna is also a modern metropolis often cited as one of Europe's best places to live. Go to discover where the great Wolfgang Amadeus composed his masterworks, then stay for the hip hangouts of this old town that's young at heart. 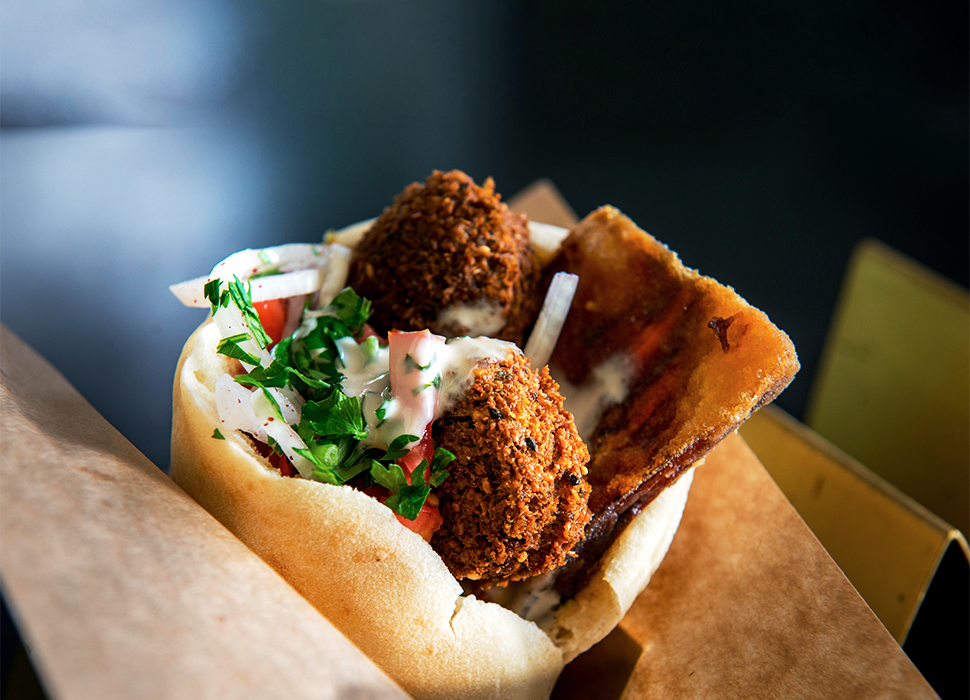 Crispy, squidgy, spicy – how do you like yours? The perfect falafel might be a matter of opinion, but there's no doubt the best is to be found in this happening Middle Eastern hub. And you'll need the chickpea-based energy to make the most of a spectacular 24-hour city.

6. Find an idyllic island outside Faro

With over 300 bronzing days a year and miles of cliff-backed beach, the Algarve is the hottest of beach holiday hotspots. But if you want to find your own spot of sand, head to one of the idyllic islands off the coast of Faro. From unspoiled Ilha Deserta to the bird-dominated Ilha de Tavira, these little dots of land are worthy escapes.

✈ Book flights to the Algarve

7. Stay out all day and all night and all day in Ibiza

Go bananas at a day rave in Ibiza

Clubbing at night is great, but have you tried clubbing in the day? Ibiza makes it as easy to party at 3pm as 3am and a burgeoning 'daylife' scene means some of the best events are now poolside. Who needs a watch anyway?

8. Find all the time in the world in Geneva

In the home of Swiss watchmaking, there’s no excuse for ever being late. Even if you can’t afford a handmade timepiece on your wrist, the city celebrates its reputation in many other ways, from a flower clock made of 6,500 blooms to a kitsch cuckoo-clock shop. It’s time you went.

9. Fill up on Catalan cuisine in Barcelona

Feast in view of the Sagrada Família / Image: Adobe Stock

10. Scale a volcano in Sicily

The Sicilian city of Catania sits in the shadow of Mount Etna, which partly explains the local devotion to cone-shaped arancini (rice balls) that explode with molten cheese when you bite into them. Also on menu: skiing. Yes, literally skiing on the slopes of an active volcano. Extreme enough for you?

Corso Como is shopping like you've never seen it before

Milan is synonymous with couture and that inimitable Italian sense of style. So it follows that its shopping’s particularly fruitful, with high-end boutiques, funky furniture stores and designer outlets all waiting to be discovered. Take an extra suitcase to fill.

12. See the family-friendly side of Amsterdam

Beyond Amsterdam's neon nighttime glow, the Dutch capital is also a brilliantly sunny destination for taking the kids. From canal cruises to family-friendly galleries, there’s enough to keep everyone occupied all day. Plus they’ll love the world’s highest swing, in A’Dam Tower.

Author of the classic My Family and Other Animals, Gerald Durrell made Corfu a destination with his evocations of its natural beauty and tales of quirky island life. That appeal hasn't been dimmed by the decades – Corfu is the real deal for swimming, walking and a spot of zoology.

14. Explore the trendiest bits of Copenhagen

The Danes know how to live well, whether it's dining out on Michelin-starred grub, or steaming in a dockside sauna. You can do both of these things, and ski down the side of eco-friendly power plant, on the reborn industrial island of Refshaleøen. Europe's coolest neighbourhood? Maybe.

15. Scoff all kinds of waffles in Brussels

Plain, sweet, savoury or even topped with seafood – waffles are what Brussels is all about. The classic Belgian dish is treated as a versatile culinary vehicle in this cosmopolitan capital. Mix yours up with a taste of its highbrow culture and underground cool.

Read more about the best waffles in Brussels

16. Party in a spa in Budapest

It wouldn’t be an authentic visit to the Hungarian capital without getting in hot water – the thermal kind, that is. If you want to experience the famous baths but don’t want to miss out on the city’s wild nightlife, get down to a ‘sparty’ – a party in a spa, geddit?

Chic cafés, blue skies, whitewashed walls and the odd pelican make this fashionable Greek island a photographer's dream. Strike a pose with the rest of the beautiful people in between elaborate meals and lazy sunbathing sessions.

Read about the most Instagrammable spots on Mykonos

18. Hop between plazas in Seville

Cheap and tasty tapas, quirky bars, sublime churches, impromptu flamenco jam sessions – if you want to experience the heart of this bustling southern Spanish city, take a tour of its finest plazas. Unique and brimming with life, they're the spots to find a seat and soak it all up.

Read more about plaza-hopping in Seville

19. Eat your way around Belfast

Hearty grub is served across town

Belfast is a fantastic advert for the cracking produce of Northern Ireland, as eager chefs jostle to show off the fish from its coasts, the beef from its fields and those mussels from Strangford Lough. St George’s Market should be the hungry visitor’s first stop.

Berlin’s banging nightlife might be defined by pounding techno in dark corners, but the city is also home to a bevy of bars so good they could quite easily be the focus of a roaring night out. Take to the streets and whet your whistle at one of these mixological marvels.

21. Soak up the local culture in Reykjavik

Iceland has more swimming pools per capita than any other nation on Earth, most of which are heated by the magic of its geothermal energy reserves. Take a tour of the best of them and you'll be getting wrinkly with every kind of Icelander going, from politicians to pop stars.

22. Track the Minotaur of Crete

Theseus had a tough time tracking the monstrous Minotaur of Crete through its labyrinth – but families visiting the balmy Greek island will relish picking up the trail and exploring the amazing historical sites it has to offer, from archaeological hoards to fresco-covered ruins and the Cave of Zeus.

Read more about meeting the Minotaur

Lisbon might just be Europe’s coolest city, partly due to the great swathes of kick-ass contemporary artwork that plaster its backstreets. Talented painters from across the globe have daubed amazing work across town, making a self-guided tour a must.

Golden sands meet their match on Fuerteventura in the Canary Islands, which leans towards the dark side with a host of stunning black-sand beaches. The colour is caused by the erosion of the island’s abundant volcanic rock and is uniquely beautiful.

Read about the best black-sand beaches on the island

25. And finally… sip rakia by the sea in Dubrovnik

Knocking back a glass or three of rakia is a woozy rite of passage for visitors to Croatia. There are few better places to sample this delicious firewater than in venerable Dubrovnik. Enter the fortified city, take an Adriatic-facing seat at one of its fine bars and set your tastebuds aflame.

Find out where to try Rakia in Dubrovnik