Funky, farmy, fantastic natural wine is a booming trend. But what is it and – crucially – which bars should you drink it at? This is our guide to the whats and wheres of low-intervention wine in Europe

So what exactly is natural wine? Well, we still don’t really know. Or, to put another way, it’s a term that’s still very much in contention. Even though the movement started way back in the 1980s, it wasn’t until 2020 that any country – France, naturally – took a stab at formalising what it actually meant. Even then, a number of producers rejected the definition.

But – and it’s a big but – the general consensus is that natural wine is made from grapes that are organically farmed, and fermented with natural yeasts with minimal use of sulphur dioxide (the chemical used to stabilise wine that, among other things, gives it a commercial shelf life). More often, you’ll hear it referred to as 'low intervention' wine which means that nothing has been added (say, pesticides in the vineyard) and nothing taken away (like natural bacteria usually killed off by sulphites in conventional wine).

Either way, with a growing number of bars dedicated to the stuff, it’s definitely no passing fad. Which is good news for non-wine buffs. Why? Because the other defining characteristic of the whole scene is that it values enthusiasm over elitism. So forget the stuffiness usually associated with wine and pull up a seat at the bar.

Not esoteric enough for you? Discover Berlin's secret urban winery.

If you're heading to P Franco you might want to line your stomach first – and these are the most exciting new restaurant openings in London. 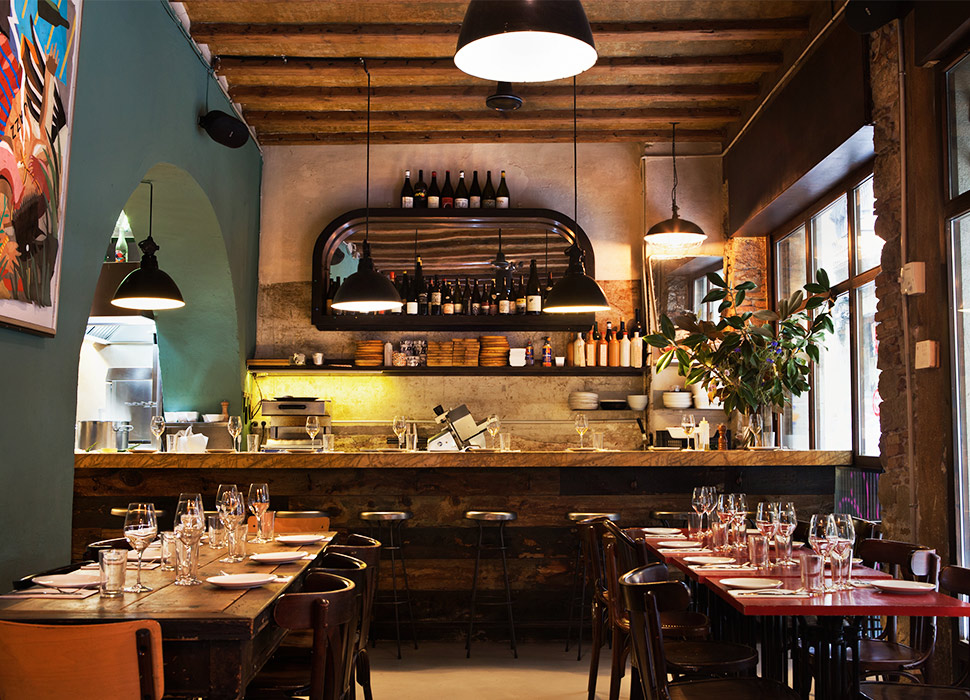 Based in El Born, this small, vibey space (est 2013) on Carrer de la Princesa was one of the first bona fide natural wine bars in Europe. As such, co-owner-wine importer Joan Valencia has a hallowed rep among low-intervention producers – and drinkers – worldwide for his efforts to bring natural wine to Barcelona’s cool kids, who reverently repay him with their presence most nights of the week. Safely expect a crowd; but the delicious tapas and rarefied wine list are well worth the hustle. 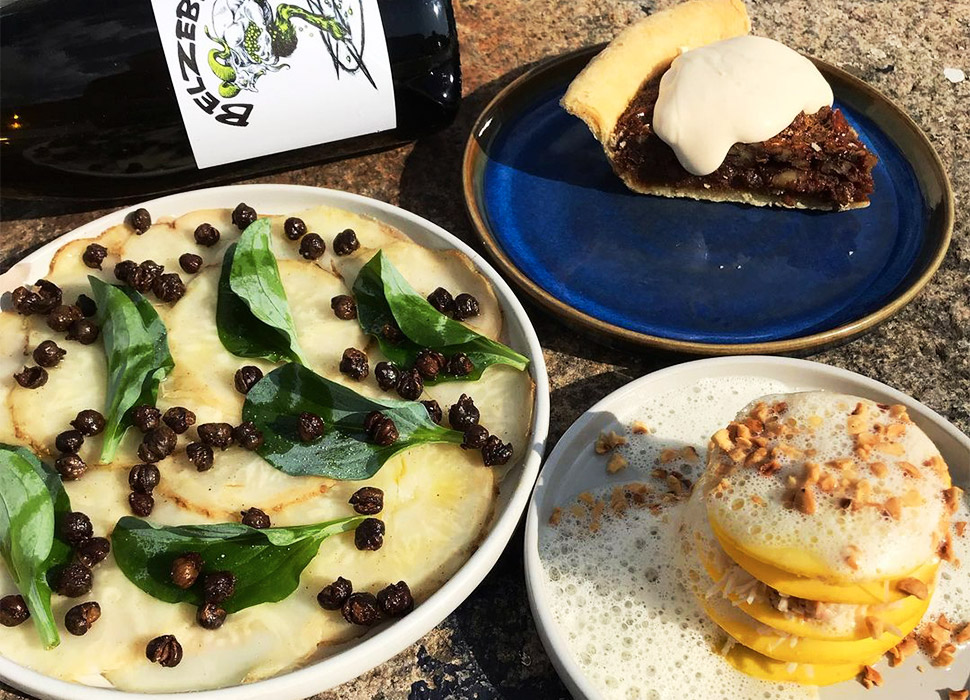 Dinky Den Vandrette is one of the best bars in Copenhagen (and thus, the world)

If Copenhagen was one of the first cities in Europe to properly embrace natural wine, then the credit can largely be attributed to importer Sune Rosforth. Setting up wine importer Rosforth & Rosforth way back in 1994, he furnished Noma with much of its wine soon after it opened in 2013. Redzepi’s ex-sommelier Pontus Elofsson has since joined forces with Rosforth and their fixed address is Den Vandrette at Nyhavn. Even in a now crowded field, it's still easily one of the best natural wine stops in Copenhagen. 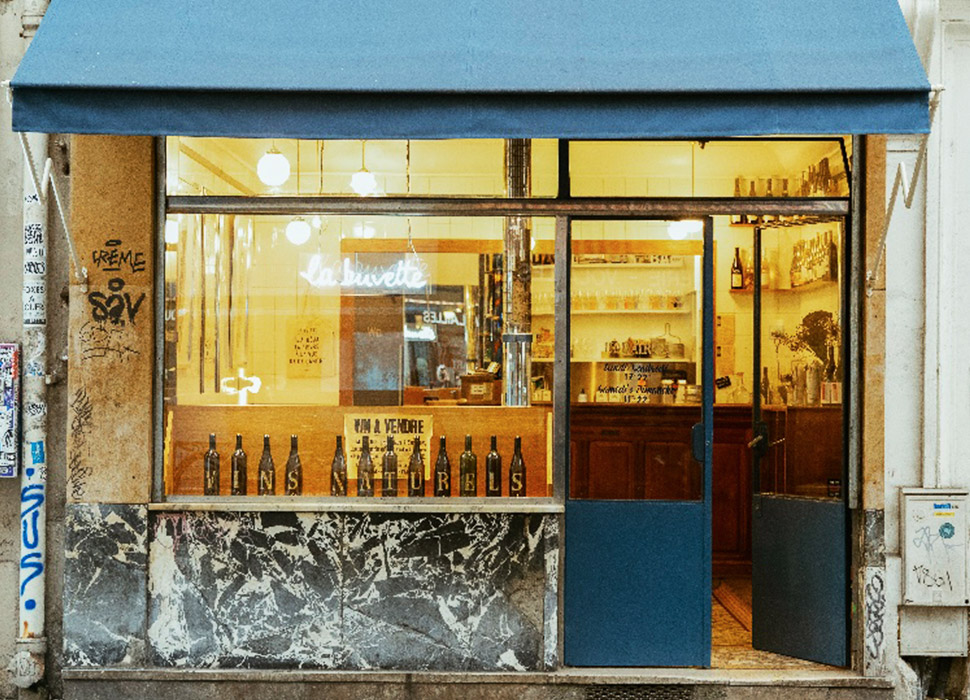 This Parisian staple is a standout in a crowded city / Image: STUDIO ONZE

Of course, it’s madness to mention to just one natural wine bar in Paris – there’s a bunch: Aux Deux Amis, L'Entrée des Artistes, Septime Cave, we could go on – but, for its simple but hugely alluring space, and dependably inexpensive and unorthodox by-the-glass options, owner Camille Fourmont’s boîte in the 11th gets the top mention. It's a glorious homage to simplicity: off-beat wine, good food, pleasingly mixed crowd. But no reservations so, with space for only 15 drinkers, come early. 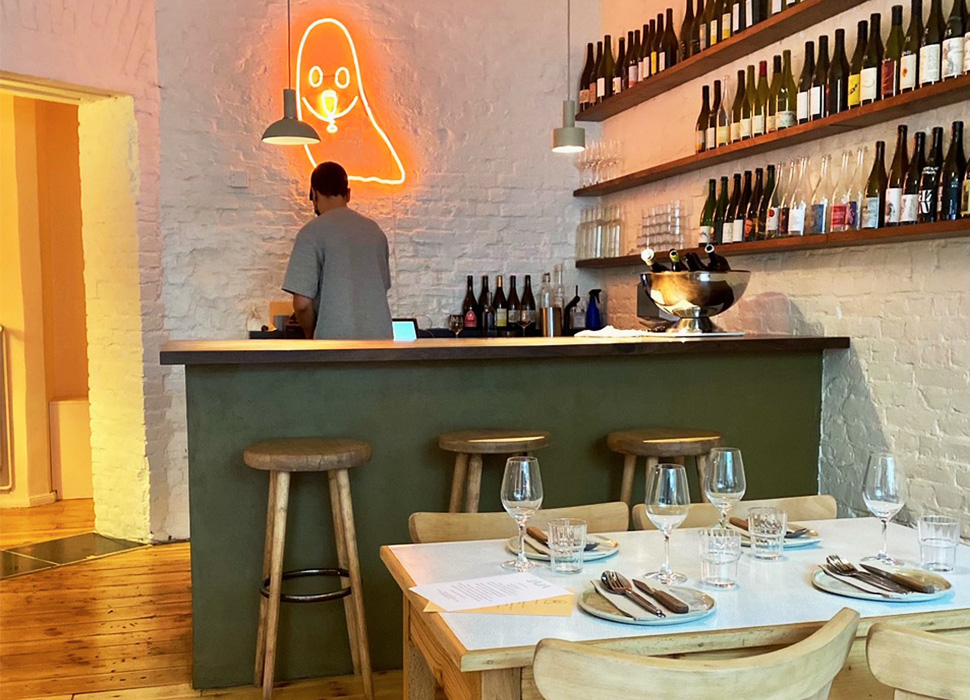 Small and sweet is the approach at Neukölln's JaJa

Etienne Dodet and Julia Giese’s small but perfectly formed bar in Neukölln district is the duo’s attempt to bring the petite, casual wine bars they used to run in Paris to Berlin. Hence the name – “jaja” is French slang for everyday drinking wine. Though, with 300-odd bottles in the cellar, their wine list offers way more than that. Expect a bias for French bottles but also some interesting, hard-to-find labels from Germany and Austria, too. Chef Yailen Munoz Diaz makes sure the food is no sideshow.

It was probably inevitable that at least one bar in the world was going to take its name from the now widely used natural wine term 'glou glou' – French for easygoing, gluggable wine and synonymous with the lighter end of the natty stuff. But, hey, when the wine list is as fairly priced as this cosy De Pijp standard-setter, then we’re not complaining. Expect a wine-savvy but friendly crowd and a beginner-happy menu that offers 20 wines by the glass among bottles from well-known names like glou-glou-iste sans pareil Axel Prüfer. 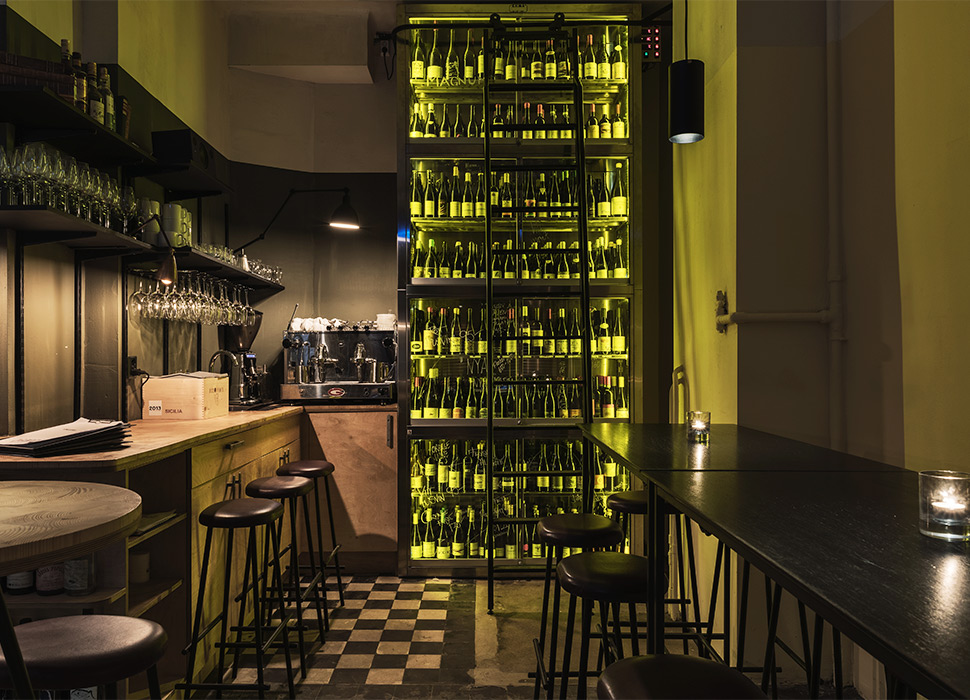 Tyge & Sessil is an upmarket option in the Swedish capital  / Image: Mathias Nordgren

Stockholm is another city gleefully chock-full of low-intervention wine bars but, if we had to pick only one, we’d go for sommelier Maximilian Mellfors and celeb chef Niklas Ekstedt’s vincafé in fancy Östermalm. Despite the pedigree behind the place, choose right and it’s still kinda affordable, with a rare emphasis on natural New World bottles. Still, if something vibey in the mould of Paris's La Buvette is more your thing, honourable mention goes to the more casual, less pricey Savant Bar in Vasastan. 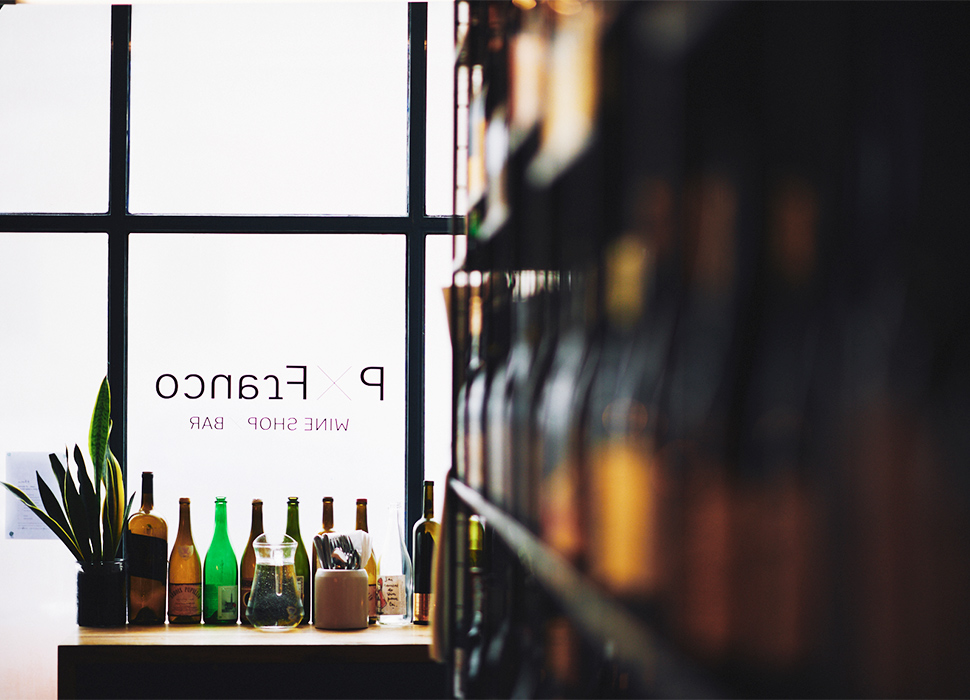 London, it’s been said, has by far the most evolved natural wine scene anywhere in the world. The city is spoilt for restaurants and bars enviably well-stocked with some of the rarest bottles from France and the UK’s own producers, such as shapeshifting East Sussex vineyard Tillingham. When it opens in September, Planque in Haggerston will likely take the laurels as London's hottest natural wine table. Until then, Clapton's pioneering P Franco gets the special shout. Or for something more central, Bar Crispin has set up in Soho. 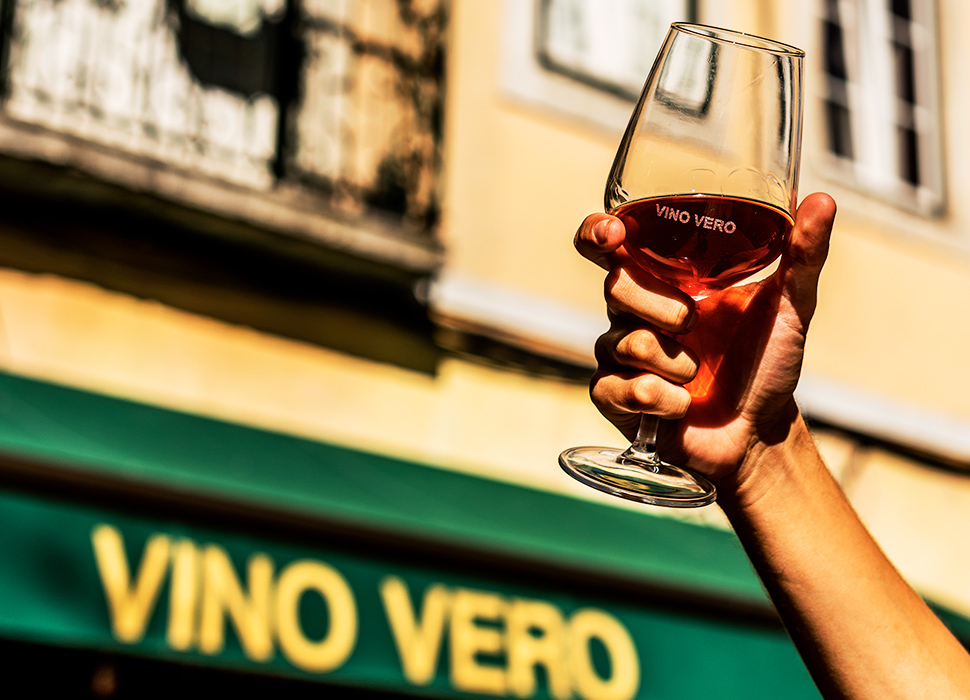 Vino Vero is a recent staple in Lisbon's natty scene

While the excellent restaurant Tati deserves a mention for introducing natural wines to Lisbon as far back as 2011, the Portuguese capital didn’t really have a bona fide low-intervention wine bar until the opening of Giulia Capaccioli and Massimiliano Bartoli’s space in 2019. It was an immediate hit, and deservedly so – Vino Vero brings all the easygoing charm of the pair’s Venice bar to Graça district but with a wine list that goes big on delightfully affordable bottles from Portuguese producers (think, a Folias de Baco pet-nat rosé for €20 – yes please). 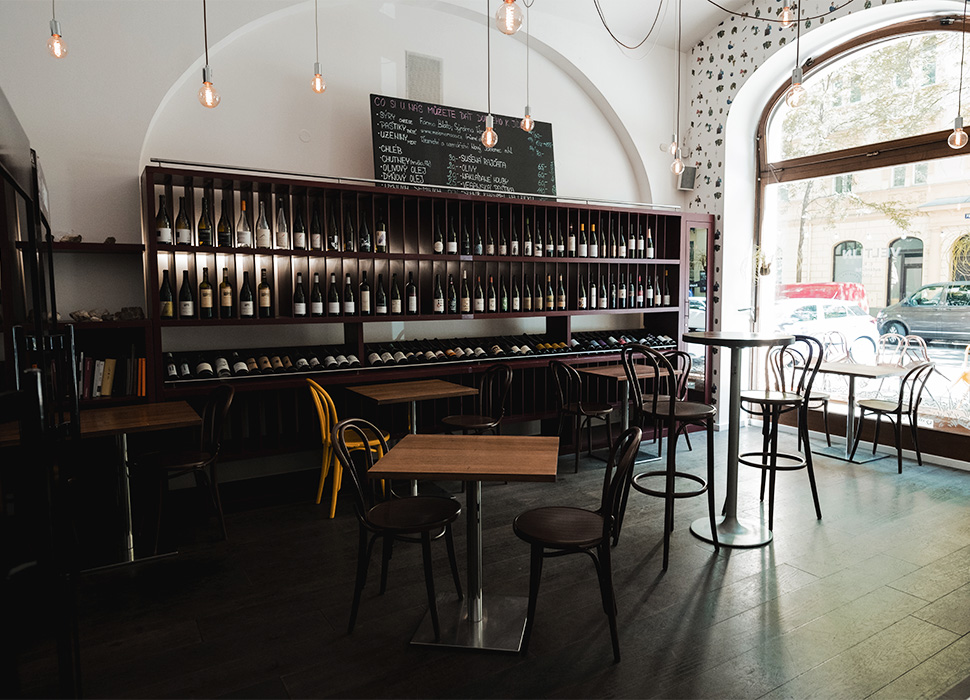 A chic space in Prague’s Karlín district, winemaker-poet Bogdan Trojak’s opening is now the city’s autentický vinný bar of record and specialises in bottles from the former Austro-Hungarian empire, with a happy bias towards the broadly unsung wines of the Czech Republic itself (yes, that includes the excellent Milan Nestarec). Huge potential for geekery, then, but don’t let that put you off; the friendly staff are well drilled when it comes introducing their wines to newcomers with a daily-changing roster of by-the-glass options.

If a half-dozen Fine de Claire oysters and a chilled glass of pet-nat is your idea of a good time then this attractive, BS-free, canalside corner-bar in Brussels’ Dansaert district is your ticket. Expect a crowd most evenings but, happily, none of the airs and graces associated with wine buffery. The staff are doubly friendly and no one really cares if you don’t already have a preferred list of zero-zero Beaujolais. Check ahead for 'kitchen takeovers' from guest chefs and plan to linger: it’s loads of fun. 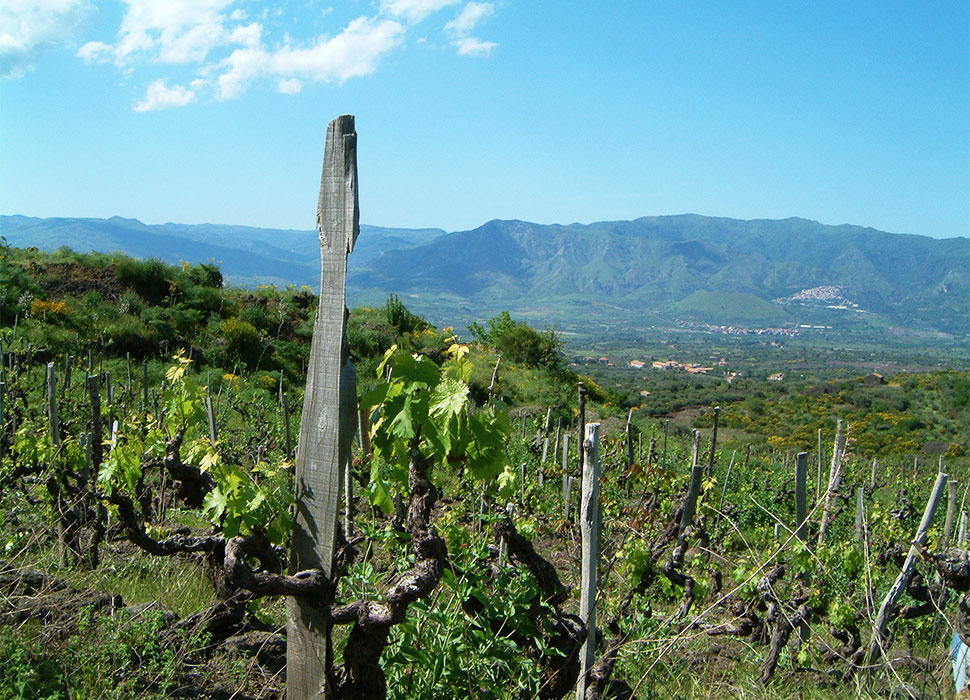 Well, yes and no. There are far fewer low-intervention wineries open to guests than conventional vignerons. And there are a number of reasons for that. First is the obvious one: still only a tiny niche in the broader wine world, there are just fewer of them. And they're relatively new, so some of them simply don’t have the infrastructure to host visitors. But supply might be the bigger problem: with production small and demand from restaurants, bars and importers worldwide seriously high, many producers export almost everything they produce. So what’s left to taste? 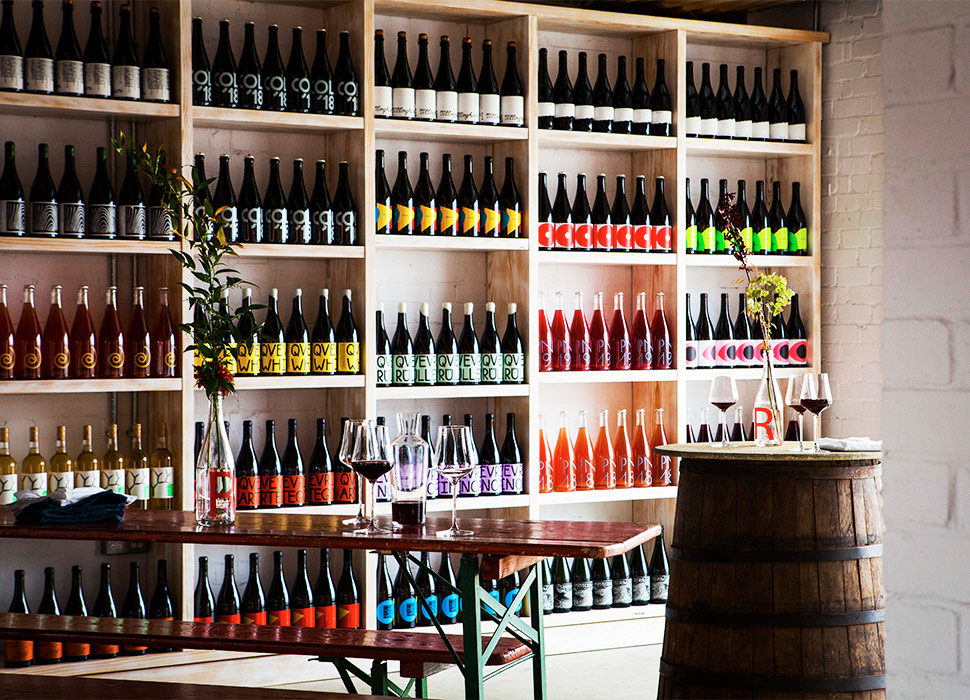 The technicolour bottle shop at Tillingham, near Rye in East Sussex

Still, as with everything in wine, they are exceptions. In Jura, vin jaune grandee Jean-François Ganevat doesn’t have a website but a number of Google reviews suggest a cold call to pre-book a visit might work. Otherwise, with its buzzed-about restaurant and boutique barn hotel, Tillingham in East Sussex might offer one of the most complete winery visits in the UK. In Sicily, highly repped natural producer Frank Cornelissen is open to pre-booked visitors at his volcanic winery on the slopes of Mount Etna.

But if you want to hit up a few in a day then the Loire Valley, the French stronghold for experimental wine, might be the best bet: top growers that welcome visits include Terre de L’Elu, Grololo & Co and Les Vignes Herbel, among others.