All Images by Dave Imms

Fancy a flutter? Meet the Belgian racing pigeons worth a fortune

Something’s happening in the Belgian countryside to set hearts soaring. We get to know the nation’s world-famous racing birds and their breeders

All Images by Dave Imms

Stepping into Brussels’ Grand Place feels like going back in time. One of Europe’s most opulent city squares, it has a touch of the fairy tale about it: the centuries-old buildings are gilded with pristine gold leaf, the façades glinting in the wintry afternoon sun. Atop them, of course, are a few raggedy pigeons, happily turning the gold white with droppings. Originally a medieval marketplace, the Grand Place’s historic guild houses came later, opening as trade bodies and meeting places for carpenters, brewers and other tradesmen. Walking its perimeter is like tracing the beginnings of the modern, mercantile Belgium.

In addition to chocolate, Trappist beer and their golden generation of top-flight footballers, the Belgians are renowned for another, lesser-discussed export: they breed pigeons. These are elite birds – as far removed from their scruffy Brussels cousins as Lionel Messi is from a Sunday league footballer. In the midst of renewed interest in the ancient sport, I’ve come to find out what makes these modern pigeon racers tick. And, given the huge sums of money that change hands for their elite fliers, discover the secret to their success. 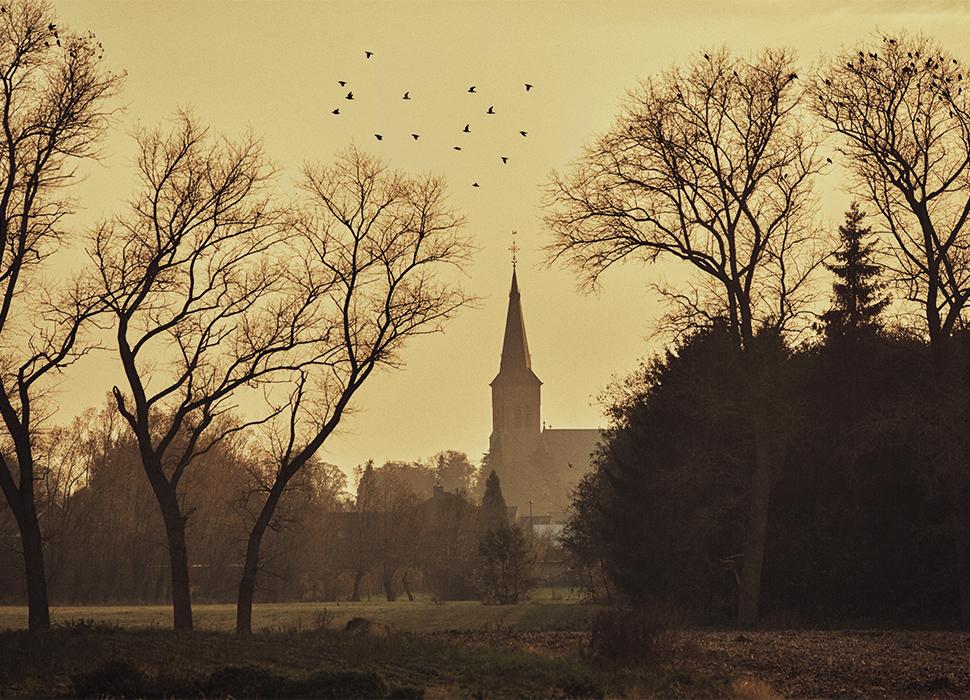 It all started nearly two centuries ago, in the pigeon lofts of Belgium’s north-easterly Liège region. In the early 19th century, breeders there matched together birds whose offspring boasted the two characteristics key to successful racing pigeons: homing ability and speed. In races then as now, the pigeons would be released miles away and would have to beat the competition home, which these new avian champions did with ease. Their abilities were so pronounced, in fact, they were distinguished as a new breed, dubbed ‘Smerles’ in their home country, or in Britain, as ‘Antwerps’ – the Belgian city a byword for the nation from which they famously originated. 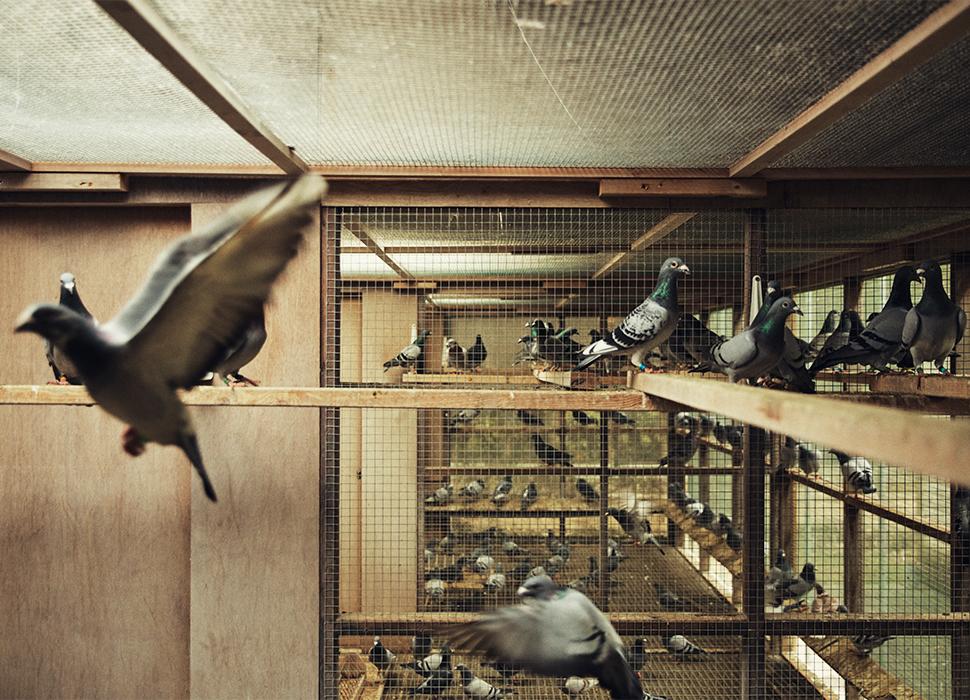 The feathered friends in their house

In Belgium and its neighbouring countries, the popularity of pigeon sport has declined since those glory days and is now the preserve of mostly older citizens. But, outside of its northern European heartland, it’s being taken up by legions of new fans, in countries such as Bulgaria, Slovenia and China. For the dedicated few who have kept the tradition alive, this has meant fresh opportunities, as those aspiring newcomers turn to Belgium for its expertise and its birds. A case in point: the sale last year of racing pigeon Armando, the ‘Lewis Hamilton of pigeons’, to a Chinese buyer for a record-breaking sum of €1.25m. 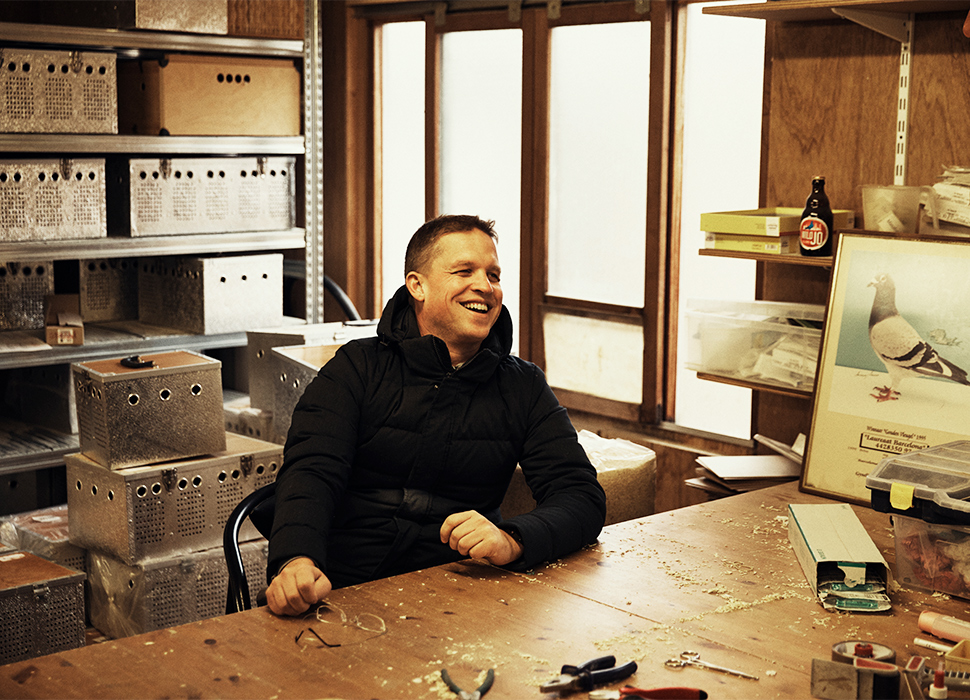 It’s Armando that’s brought me to Belgium, and I leave Brussels to make the hour-long journey to the rural town of Knessalare, where the superstar pigeon’s big money move to Asia was brokered. The man behind the scenes, who facilitated the deal, is Nikolaas Gyselbrecht, head of the Pipa centre. Short for Pigeon Paradise, Pipa is at the heart of this reinvigorated pigeon sport – an important node in an increasingly global network, even as it becomes a curiosity in the country where it first took off.

The light picks out spindly trees on the outskirts of sleepy villages on this misty morning. Here, the architecture, like the language in this Flemish-speaking region, wears a Dutch influence – the roads are dotted with slender, tall houses. A straight, tree-lined avenue leads into the town itself. 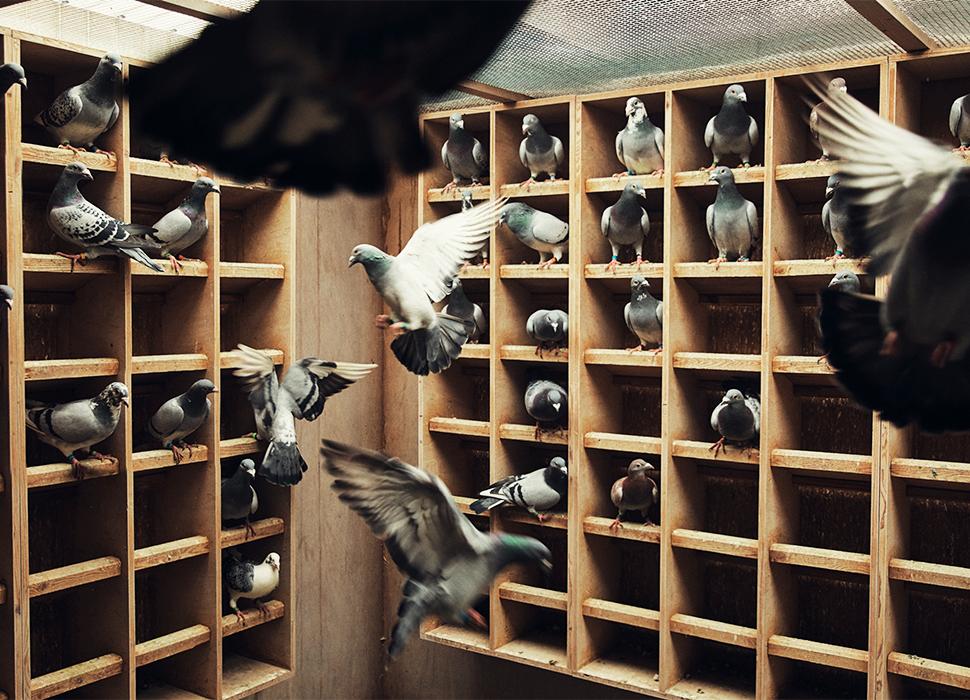 Arriving at the Pipa grounds, loft manager Frederik Leliaert is the first to greet me. As with most of his colleagues, he’s a lifelong devotee, also breeding and racing his own birds in his spare time. In the pristine grounds, pigeons sit clustered in rows of wooden enclosures, their chests puffed out to guard against the icy cold. Leliaert picks individual pigeons out of – to my eye – enormous flocks of identical-looking birds, handling a few different specimens to point out their identifying features. He encourages me to try holding one and they’re surprisingly docile. 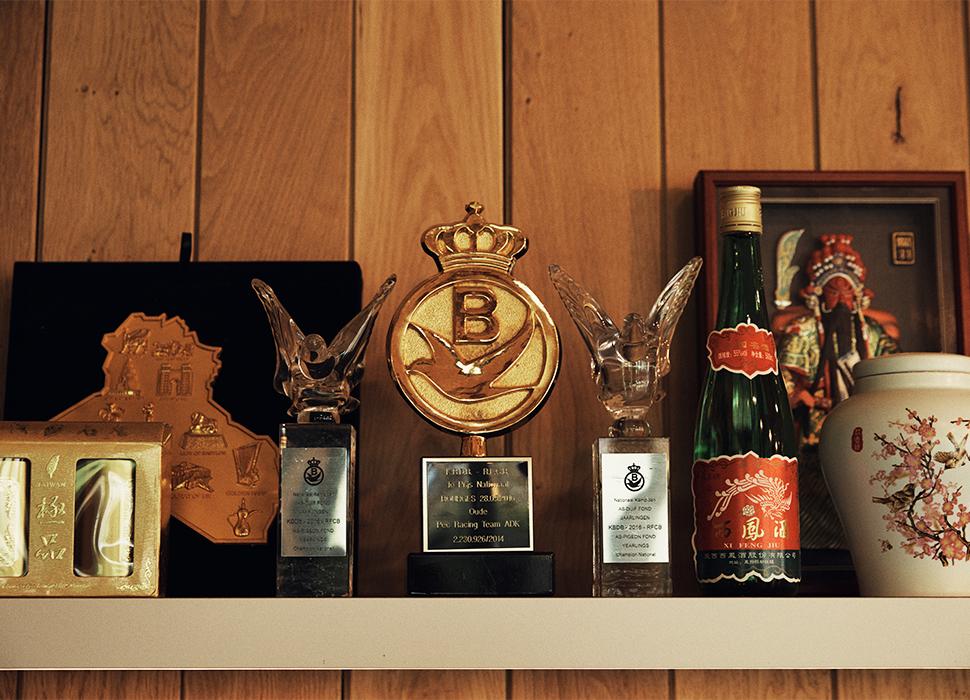 A selection of Pipa's trophies

I track down Gyselbrecht – who handles more of the business side – in his office. He tells me the idea is to be a conduit for the sport’s top tier. When Pipa first started in 2000, birds were being sold for a few hundred euros. Nowadays, the booming market means their cheapest birds go for a few thousand. Rather than eBay, he says that he sees their online auction business as akin to Christie’s or Sotheby’s – but with pigeons and not priceless art.

“These pigeon fanciers need to focus on racing and breeding pigeons, and they need somebody else to take care of their commerce,” he says. They’ve signed up many of the world’s top breeders to exclusively sell birds through them and built up a reputation as the go-to supplier for many buyers. 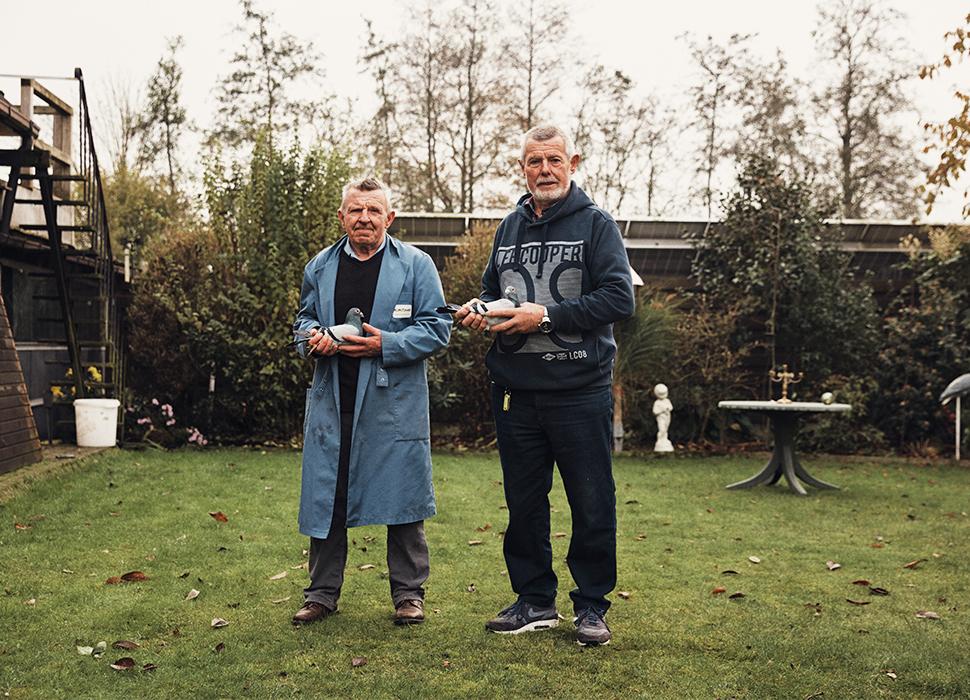 Browsing the polished facilities, however, I couldn’t help but feel I was missing something. After all, didn’t streets such as this one once boast a pigeon loft in every other garden? Isn’t the sport still dominated – in numbers terms, if not in winners – by devoted amateurs?

The answer to my question arrives in the shape of Oriel Focquaerty, a retired 69-year-old amateur fancier who lives next door to the Pipa centre. He maintains a small pigeon loft at the back of his house, with the help of his brother Rudy, and his detached, well-appointed home is a picture of comfortable domestic life – except with 70 prize birds to tend to out the back. During racing season in the spring and summer, he tells me, he spends the best part of every weekend taking the birds out to compete.

“I have a feeling for the birds,” he says, while cradling a favourite. “I mate them based on their personalities.”

He creaks open some windows at the top of the loft structure, releasing a handful of the birds to circle the neighbourhood. For Focquaerty, the excitement comes from the uncertainty about whether they’ll return, waiting at home for his feathered friends to flock back from hundreds of kilometres away. 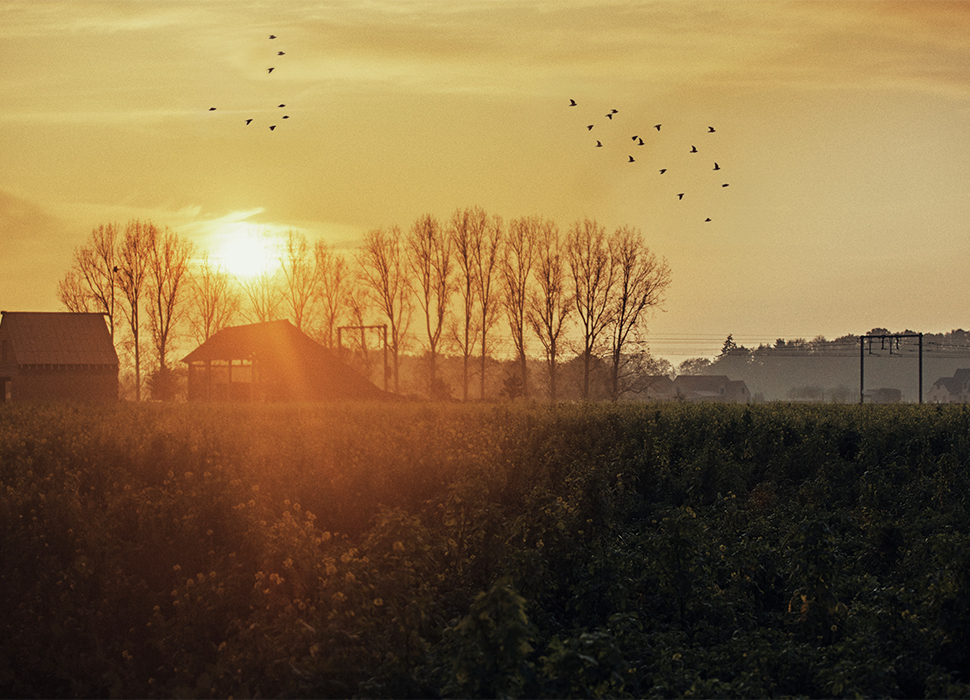 “To see them come back,” he says, “that’s the kick.” Watching the birds glide against the grey sky from his peaceful back garden, as they dip in and out of view, finding their own way, I think I might be starting to feel it too.

The next edition of Fugare, The International Pigeon Racing Fair, will be held 19-20 February 2022 at the Kortrijk Xpo centre, Belgium.