The 7 best sachertorte in Vienna

The Austrian capital's chocolatey staple is one of the finest cakes in all Europe – possessed of a rich history and even richer calorie count. Here's where to find the best of them

Sachertorte is a dense chocolate cake in two rich halves, separated by a thin layer of apricot jam and finally slathered in rich and creamy chocolate ganache coating. It’s such a staple of Vienna’s world-famous coffee shop culture that lengthy and bitter legal battles have been fought over which café first dreamt it up. Never mind that – which is the best? Here’s our pick of the most delicious sachertorte in Vienna.

More interested in the 'slow food' movement than cake? Here are the five best snail-based meals in Vienna.

Man cannot live on molluscs and ganache alone –  these are the best restaurants in Vienna. 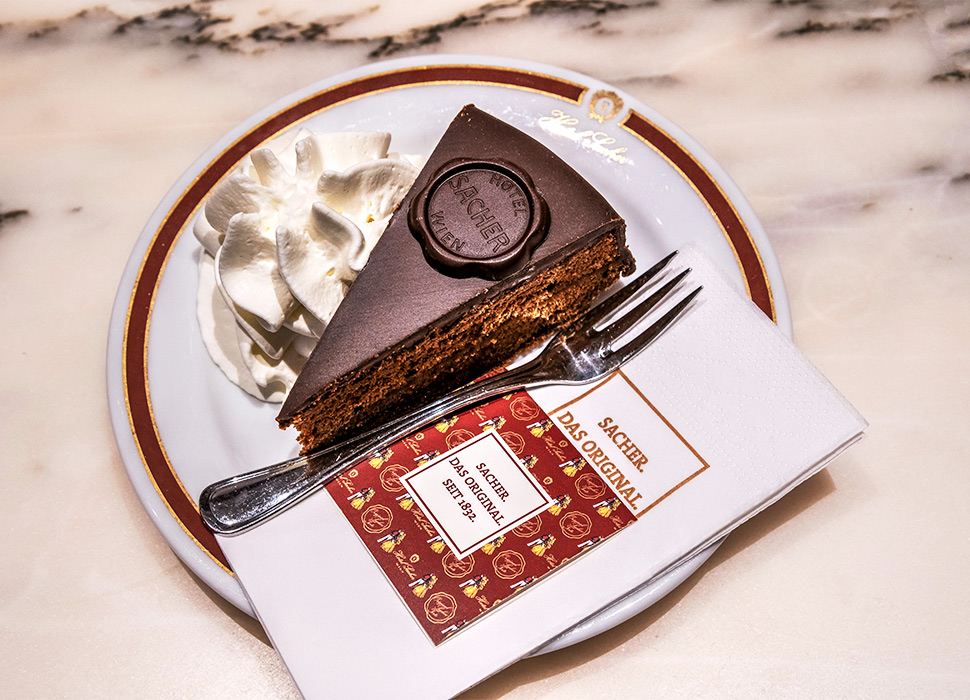 The OG sachertotre in all its glory / Credit: Alamy

The first sachertorte was supposedly crafted right here, at the Hotel Sacher in 1832. The story goes that regal Prince Metternich was hosting a party but his regular chef was taken ill. ‘Oh, that he may not discredit me tonight!’ Metternich supposedly wailed about the 16-year old apprentice quickly drafted into do the catering that night. Needless to say the young chef aced it, and nearly two centuries later, young Franz Sacher’s impromptu dessert is still a hit with locals and tourists alike. 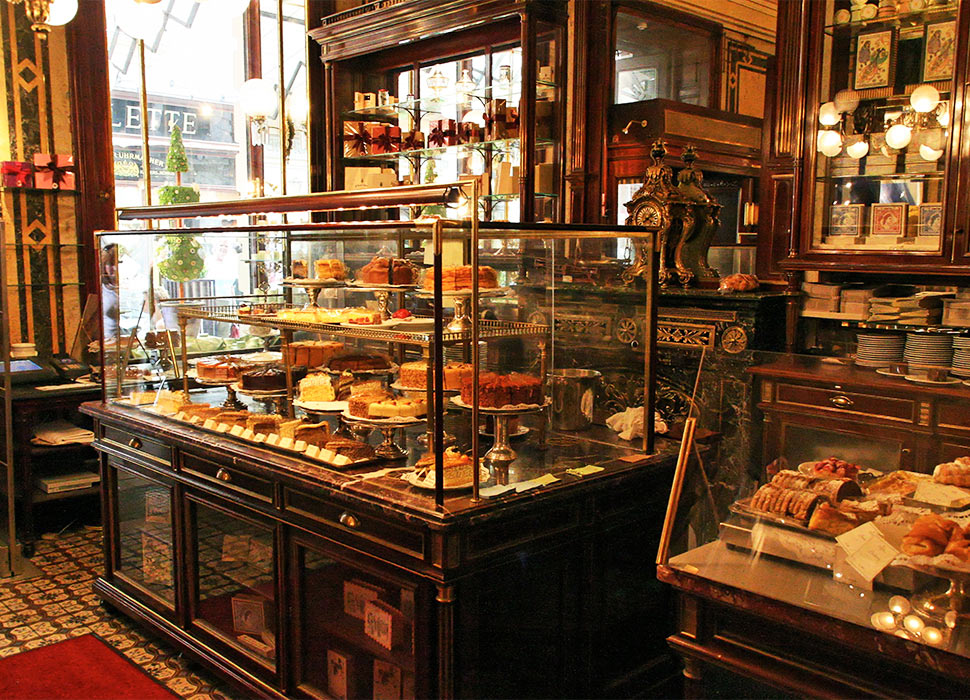 Ah, but there’s a twist in the tale. A few minutes stroll from Café Sacher, Café Demel claims it’s the spot where Franz Sacher’s son – Eduard Sacher – perfected the recipe we all know and love today. And besides, the original Hotel Sacher went bankrupt, only reopening in the 1930s and rather cheekily boasting that its new iteration is the true home of the 'torte. A nine year legal battle in the 1960s established an uneasy dessert duopoly between the hotel and this refined café. Both tortes are pretty fab, for the record. 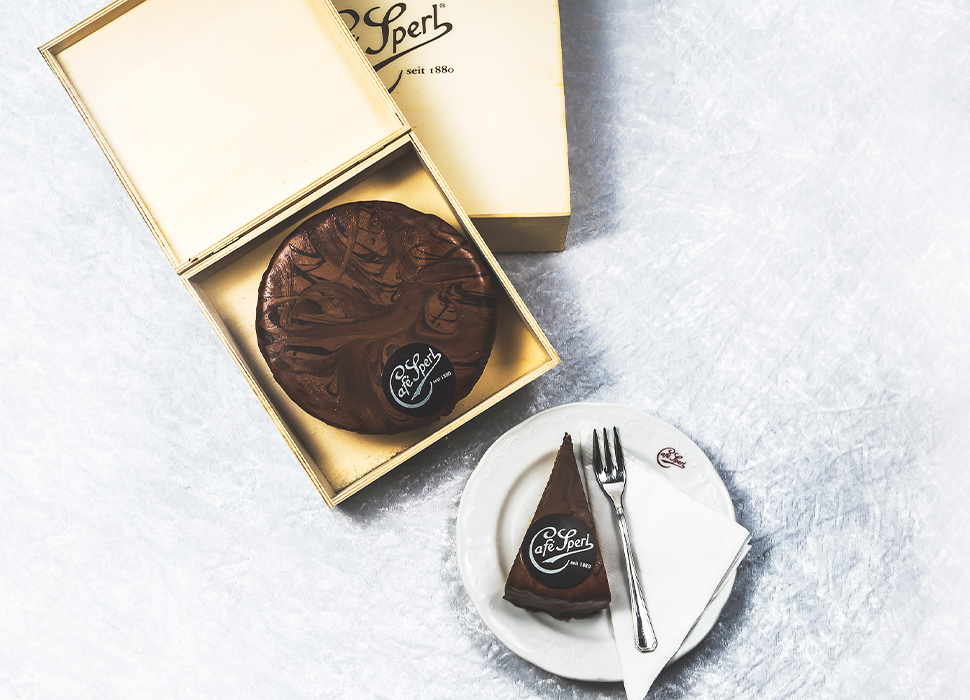 Another 19th-century grand dame, this lavishly-dimensioned coffee spot has been serving sweet treats to the great and the good of Vienna since 1880. Although there’s no pretence they invented sachertorte here – honestly, who needs the drama – their ganache-laden take is every bit is sweet and moreish as its bitter rivals above. Plus, whisper it, the speciality ‘Sperltorte’ – with marbled icing, served in a dainty wooden box – is just as delectable with a stiff espresso. 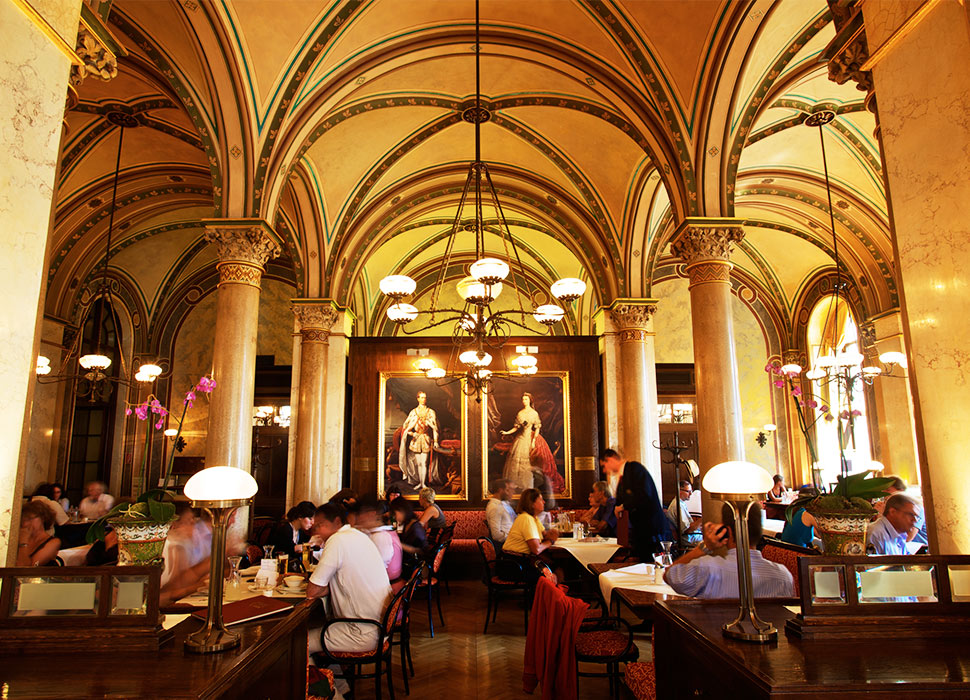 This unashamedly grand spot – get a load of that soaring vaulted ceiling, those thick marble columns, that gleaming parquet floor – not only serves impeccable sachertorte alongside galvanisingly strong Viennese style coffee. It’s also a storied historic venue. Back in the day – it’s been open, on and off, since 1876 – you may well have bumped into Leon Trotsky furiously scribbling, or Sigmund Freud sucking suggestively on a cigar in the queue. Really makes you think. 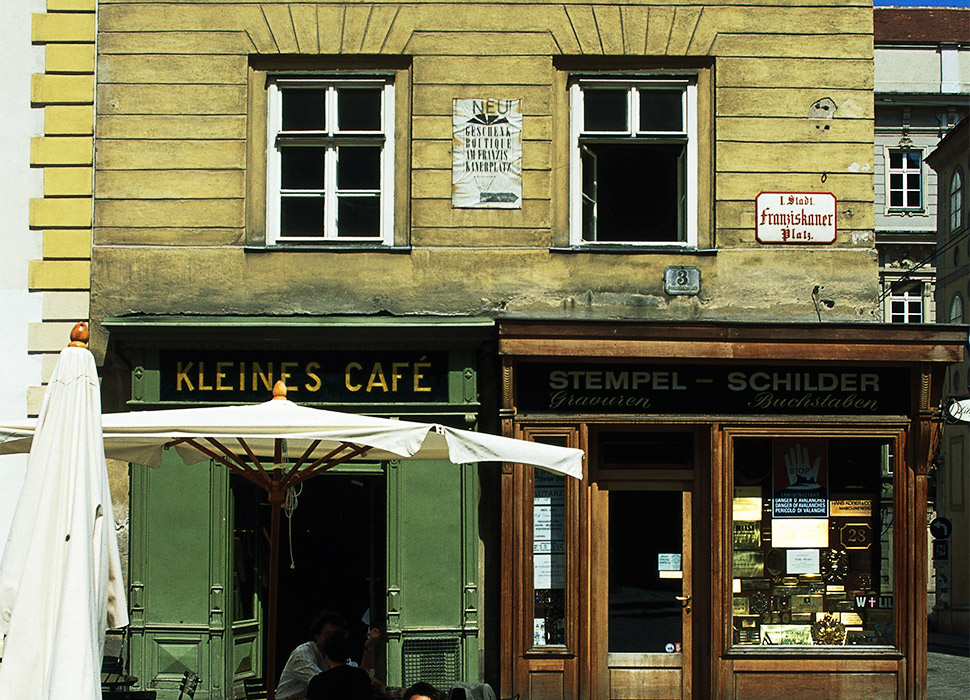 An altogether dinkier proposition than the other establishments on this list – the clue is in the name, after all – what Kleines Café lacks in size it makes up for in character. For best results, nab a table out on the Franziskanerplatz cobbles and demolish its just-shy-of-sickly-sweet torte, as god intended, with a revivifying cup of Joe. Fun fact – romantic flick Richard Linklater's talky 1995 classic Before Sunrise starring Ethan Hawke was partly set here. Small wonder it’s so busy. 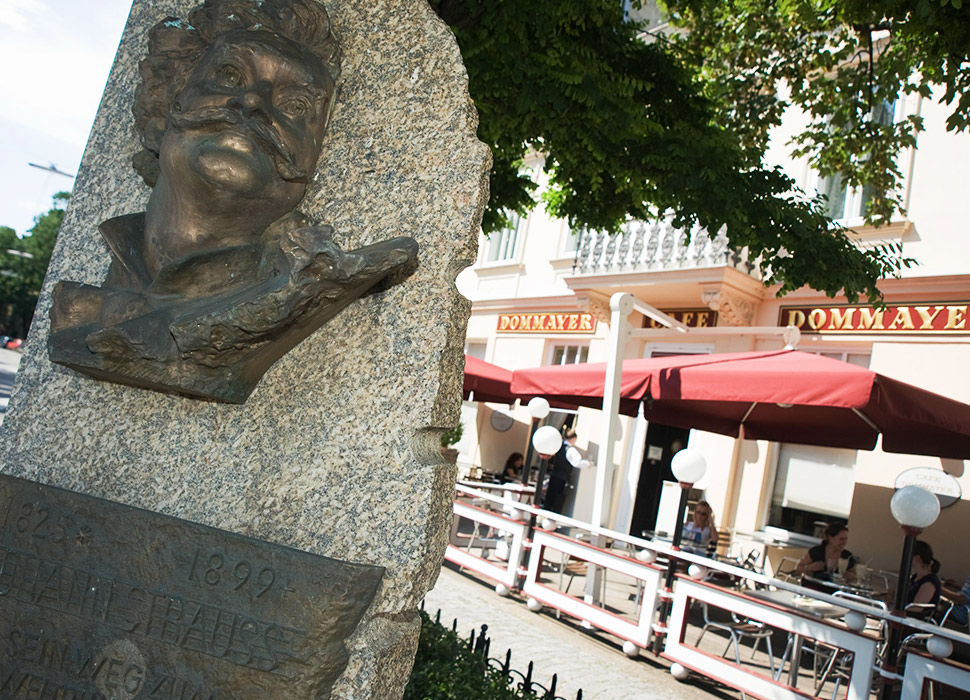 The sachertorte at this suburban classic has a melodious musical legacy / Credit: Alamy

Johann Strauss, composer of such classical bangers as The Blue Danube Waltz (dun dun dun dun-dun, DAH-DAH, DAH-DAH, that one) played his first ever proper gig at the casino that evolved into this buzzing café in the suburban enclave of Hietzing. Strauss’s debut – his set incorporated a couple of his signature waltzes and even, reportedly, a cheeky polka – set a tone for accomplished virtuosity that lives on today in Café Dommayer’s brisk, lively service and its note-perfect sachertorte. 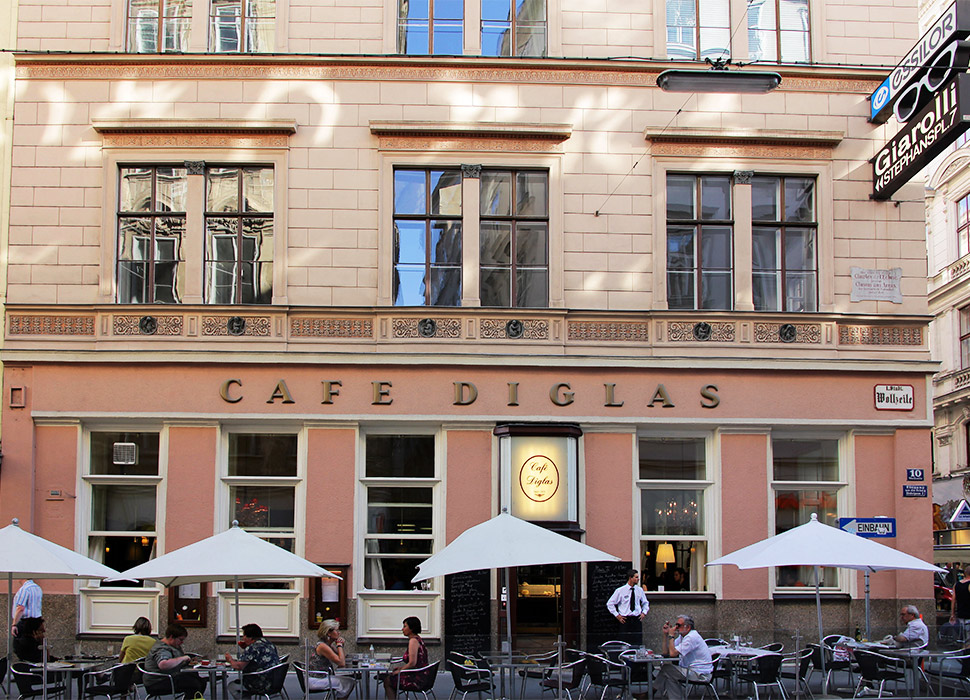