Eisriesenwelt, south of Salzburg, is the planet's largest ice cave and will bring out the explorer in you

Ice caves are Narnia-like winter wonderlands with curtains of stalactites and cathedrals of icy geological oddities. Hidden away inside the Hochkogel mountain in the Austrian Alps, 40km south of Salzburg, Eisriesenwelt is the world’s largest and has long been shrouded in myth and legend.

Before explorer Anton von Posselt-Czorich first peered inside in 1879, locals believed Eisriesenwelt was an entrance to hell. That’s not true (we think), but it is a attraction of terrifying proportions.

The labyrinthine tunnels extend for more than 42km and around 200,000 visitors explore its depths every year. 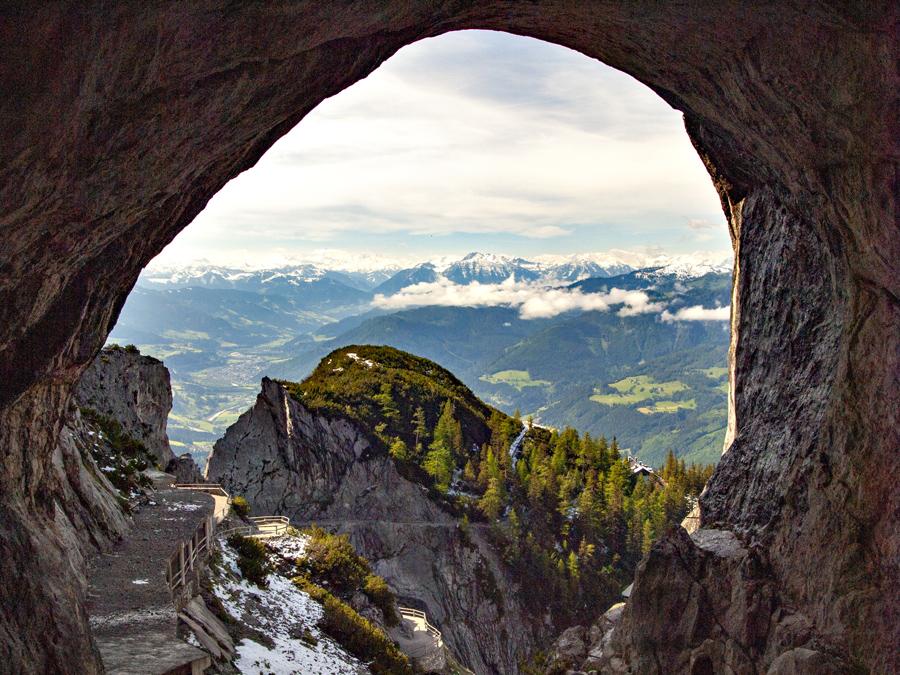 Locals once believed the cave's mouth was the entrance to hell / Image: Adobe Stock

Remarkably, the site stays frosty year-round: in winter, east winds cool its entrance, and in summer icy blasts from its underground gullet freeze meltwater to form stalactites that descend for over 20m.

With each step inside the sights become more spectacular, starting with the huge Posselt Tower stalagmite (an upward-pointing mound of rock) and moving on to Hymir’s Castle, named after a giant in Norse mythology, that features stalactites resembling organ pipes. The end point for most visitors is the grand Ice Palace, a kilometre into the cave and 400m underground.

Eisriesenwelt is open from May to October, but always dress for the cold... and the possibility of meeting demons.