Take the pilgrim trail from Malaga

Along winding paths, between zigzag cliffs, through Andalusian olive groves... the Camino Mozárabe is the perfect Spanish hikes. And the best thing? No one else knows about it

In the folklore of Spain, there is only one walk worth a footnote in history: the time-honoured, world-renowned Camino de Santiago. Its Homerian traverse of the country’s nape, from the Pyrenees to Galicia, has become legendary.

In your guidebook, it’s a spiritually uplifting, 500-mile endurance test that sees hikers haul Bibles in backpacks to Santiago de Compostela. But in the imagination, it’s a never-ending holy communion, featuring in movies and memoirs, and eulogised by Ernest Hemingway and Paolo Coelho. Yet if you’re considering it, there is one problem: how to cope with all the jostling, Lycra-clad walkers jiggling their bits and bums around you. Last year, numbers tipped 300,000 for the first time – that’s a lot of pilgrims. 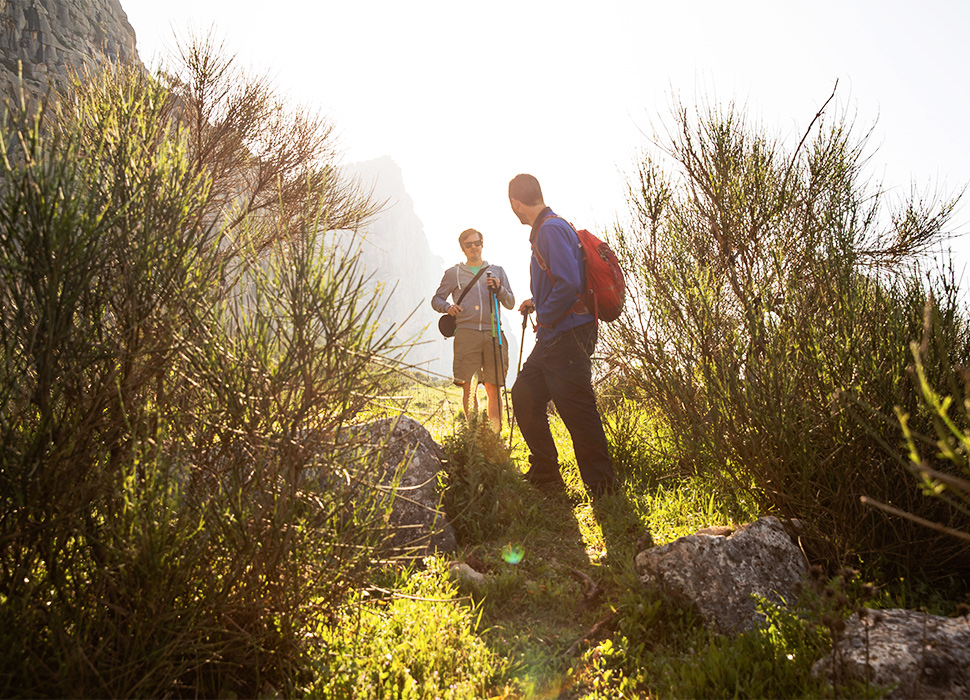 Which is where its seldom-trodden sibling, the Camino Mozárabe, comes in, with its citrus-scented landscapes, its Arab-era forts, its cultures of three religions (Judaism, Christianity and Islam) and its juicy olives and sweet wines. Named after the Mozarbic Christians who lived within the former Islamic kingdom of Al-Andalus (today’s Andalusia), the 417km route strides north from Malaga to the medieval city of Córdoba, before joining other Camino tributaries from Granada and Seville on one final, united march to the tomb of St James. Here, nature, not humanity, runs riot. And the clincher: hardly anyone has heard of it. Last year it welcomed just 550 pilgrims.

By the time I board my flight to Andalusia and begin the trail, I’m tired of explaining this story. If you mention that you’re going hiking in Spain, everyone thinks of priests in heavy robes and the dusty tombs of Santiago de Compostela. Gripping as it is, this isn’t a good way to see Spain. The best way to walk the Camino is alone. Not as part of a stampede. 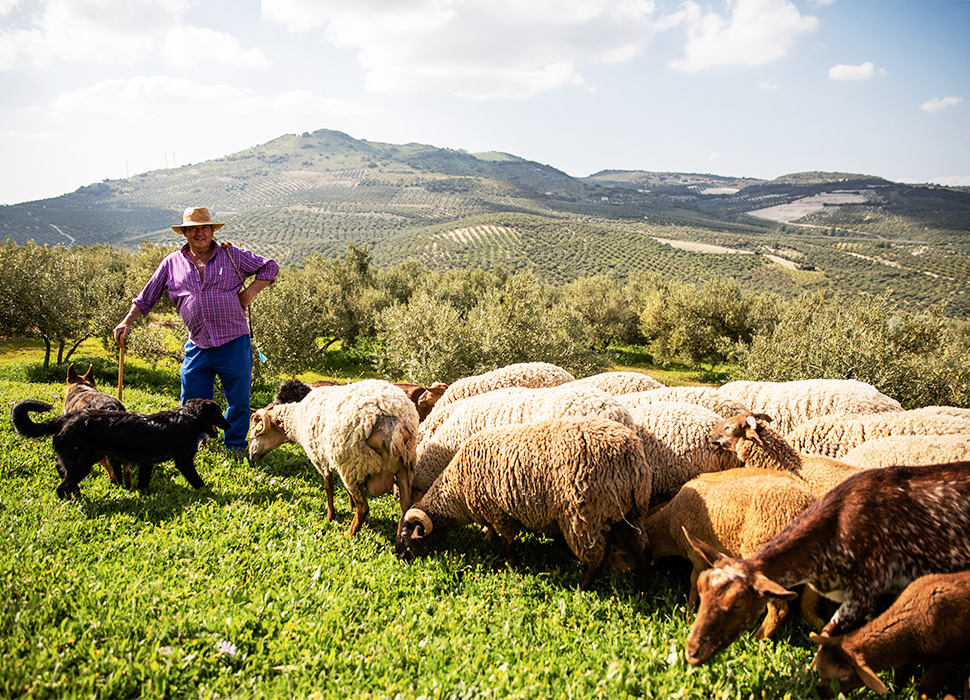 I start in Malaga, leaving from the Santiago Church where Pablo Picasso was baptised, following a route to Córdoba that will give me a taste of the full Camino Mozárabe. “You can spend your life on the trail and never fully understand it,” José González, a guide with boutique operator Toma & Coe, tells me on our first morning, while hiking north through the El Torcal de Antequera nature reserve. Standing in a lush green olive grove, beneath the reserve’s limestone massif, it is hard not to agree. Under the early morning sun it looks as if the land has thrown up as many obstacles as possible to keep pilgrims out. El Torcal is wild – a boundary creating a frontier between the treasures of Andalusia and the rest of Spain.

In between views of remote terracotta haciendas, José explains the cultural significance of Andalusia’s Camino. “On a clear day you can see Malaga and the Mediterranean, and Africa, too,” he says, picking his way through a thicket of fig trees. “To make sense of our culture, you have to understand this. Our Camino tells this story.”

Andalusia’s history has long been marked by waves of new arrivals from North Africa, and there’s plenty of this influence to be tasted in the region’s cuisine. Food is one of the comforts of the trail, and sometimes also one of the surprises. No matter how many times you’ve had tapas Andalusia’s Camino will still feed you belly-hugging dishes you’ve never heard of. 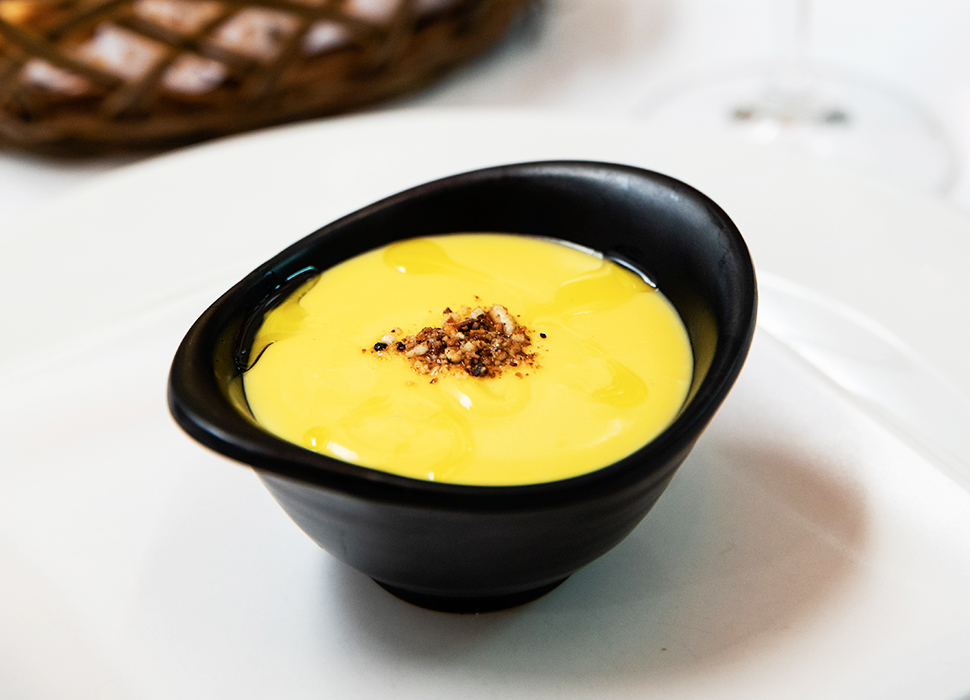 At Art de Cozina restaurant, in the fortress town of Antequera, we stop for a lunch of porra (gazpacho with oranges), zarangollo (paprika-scrambled eggs with courgette) and almojábanas (sweet cheese bread) under the watchful eye of chef Charo Carmona and her sons Francisco and Luis Martinez Carmona. In homage to the area’s Muslim history, the family is bringing back long-forgotten dishes once made along the route. Imagine medieval pilgrims on tour, feasting on partridge, acorn-stuffed trotters and stewed cow’s tongue, then transport this idea to a modern-day, sunlit bodega. “The Arab influence here is undeniable,” says Francisco, pouring a glass of rosé. “Almojábanas made the journey from souks in the Middle Ages to Spanish convents. Now it’s for hikers.”

On Roman trade routes and mule tracks, passing stone way markers and monasteries, the Camino troops north. We climb out of the Guadalhorce river valley and pass el Cedrón, a village settled by Sephardic Jewish communities after the reconquest of Granada in 1492. The map shows Castro de Río, a crossroads best known for being where Miguel de Cervantes started writing Don Quixote from behind the bars of the jail.

By the time we reach Zuheros, a hilltop hamlet topped out by an Arabic watchtower, the sun is setting on our penultimate day. From the Sierras Subbéticas Natural Park to the east the land flattens. The afternoon heat has scoured the village of life and those we do meet are bemused by our journey. “Hombre!” cries one sun-wrinkled farmer, shaking his crook to the sky. “Only my goats are crazier than you!” 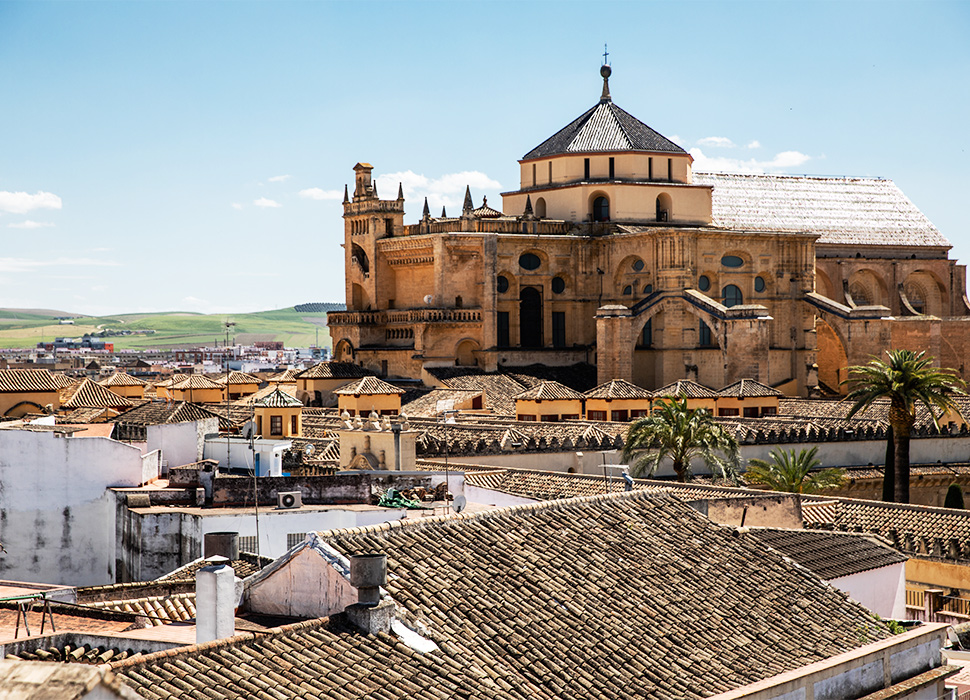 At the edge of this scene, at the Hotel Hacienda Minerva, we meet Toma & Coe owner Manni Coe, with whom we are to hike our final stretch. “The best way to get to know a country is to walk through it,” he says, gesturing across the valley. The view, of a sea of flowering olive groves and the old railway station which served the region’s now defunct olive train, is one of unparalleled serenity. “I walked the Camino de Santiago every year, but the last 100km always felt like a torrent. Here you have Andalusia’s greatest hits in the palm of your hands.”

After a night of more thick porra and raisin-sweet muscatel, the morning’s trail builds, as does my own compulsion to keep going. Strung-out from the walking and history, yet aware that some part of me has been prised open like a pistachio, I imagine myself spending the rest of the month hiking north to Santiago de Compostela, through the historic cities of Merida, Cáceres and Salamanca, beneath oak and cork trees – the habitat of acorn-snuffling Iberian pigs. Am I in the midst of a personal awakening? Has the Camino found me?

Pleased with this moment of soul-searching, I arrive in Córdoba, crossing its Roman bridge with a final spring in my step. Unlike flamboyant Seville, it strikes me as a contemplative city, and when the sun beats down it is put on pause. Cast-iron balconies and geranium-flowered squares carry a Moorish grace, while the 10th-century Mezquita, a beautiful mosque-church, offers a short history lesson in religious tolerance. In its shadow I meet a handful of other pilgrims – yoga instructor Erin Fleming and friends Laura and Candy from Indianapolis – discussing how they discovered each other and themselves. 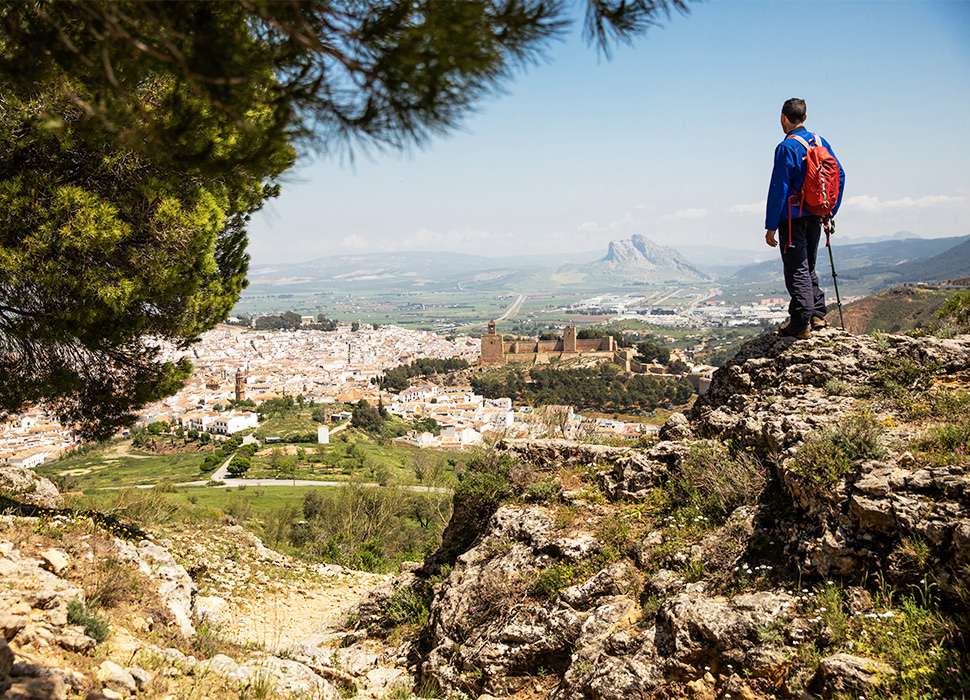 “Sometimes we let life slip away into the modern world,” says Erin, suddenly welling with emotion. “But the Camino is a chance to reconnect with what’s important. To slow down. To rethink life. It doesn’t stop just because you reach the end. It lives on within you.”

And this is the way it feels to me. The reward is not only from taking the road less travelled. And it goes beyond memorable encounters with bemused goat herders who view the pilgrimage as lunacy. There’s a goose-bump realisation that my outlook has changed, tempered with regret at not having come sooner. No longer, I think, will I lose myself to the city. Life is too short.

The bars and cafés open, the dusky afternoon gathers momentum. Taverna doors swing wide, revealing men drinking beer, while accordionists and flamenco dancers take to the street, garlanded in flowers. As I walk away, I’m left with a sense of harmony, long after the music has died down.

For more information on guided hiking trips along the Camino Mozárabe, visit tomaandcoe.com or call +34 650 73 31 16.

What’s this pilgrimage all about then?

It’s in honour of Saint James (or Sant Iago as he was known), one of Jesus’s 12 Apostles who King Agrippas had beheaded in AD44.

Ouch. So, what’s Sant Iago got to do with Compostela?

According to legend, while St James’s head is buried in a cathedral in Jerusalem, the rest of his remains were taken to Compostela and buried there.

He preached the gospel on the Iberian Peninsula, hence he’s patron saint of both Portugal and Spain.

Ah. And so people walk to his tomb to honour him?

Yes, exactly. Along at least 15 established routes. The most popular one runs along the northern coast, but the Mozarbic Way is arguably the prettiest.

If you were Catholic, you might be walking to be given a plenary indulgence, meaning you’d suffer less when you get to purgatory.

For the rest of us, there’s camaraderie, food and drink, time out from modern life and a massive sense of achievement to be gained from having completed the route.