The largest Canary Island is absolutely cosmic for space-watching. Here are five super spots to see the stars

Blessed with high altitude and precious little light pollution, this beautiful Canary Island is a worthy stargazing mecca. Here’s some of the best places where you can contemplate the cosmos… 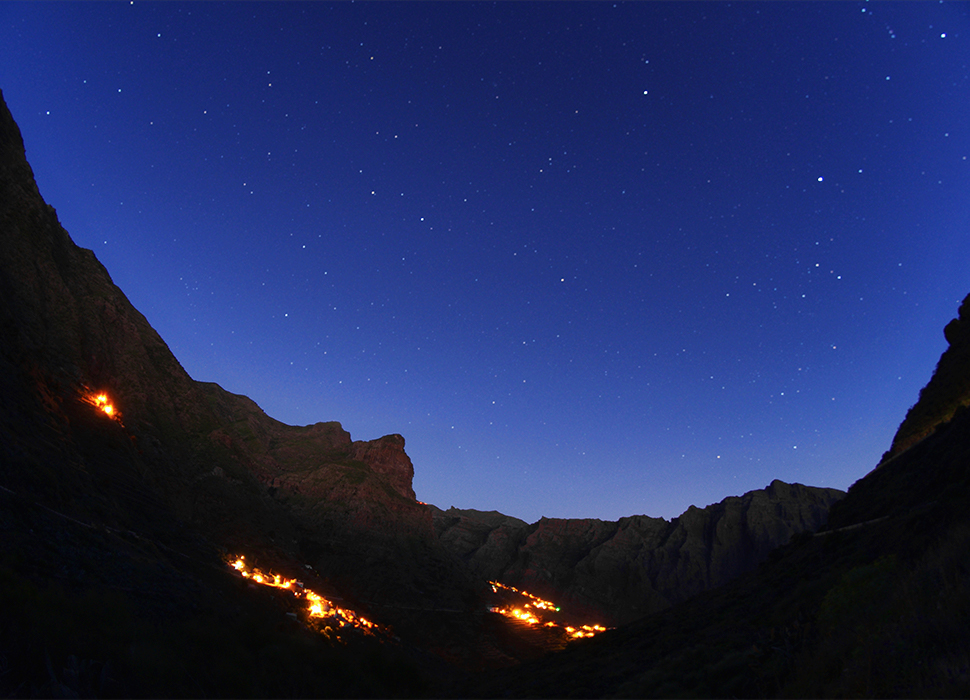 Over 1,000 feet above sea level, and with barely any amenities about, this rugged outpost – situated in pretty Santiago del Teide, up in the far north west of the island – is perfect for gazing into infinity. In autumn you’ll be able to see the constellations of Pisces, Aquarius and Capricorn, or catch a lucky glimpse of Fomalhaut twinkling like a diamond in the sky some 25 light years away. Best rent a car for this one.

Also something of a trek, but this stargazing spot rewards the plucky observer with an extra spot of sightseeing and local history. For it was here, on 17 May 1910, that Parisian astronomer Jean Mascart made some noteworthy observations relating to that year’s passage of Halley’s Comet. To blaze your own trail, hike along the Degollada de Guajara path to Alto de Guajara. It should take a little over two hours, but you’ll see the remnants of Mascart’s little hut en route. 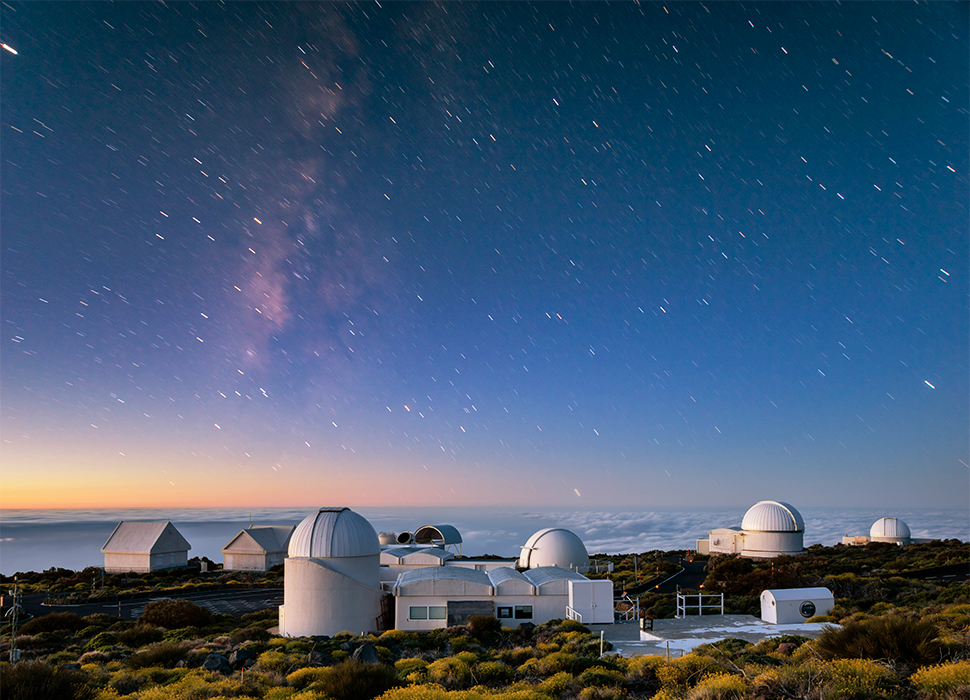 Feel like you’re ready to stargaze with the pros? Then head for one of planet Earth’s most renowned and serious spots to do it. The Teide Observatory at Izaña sits 2,000 metres above sea level, is affiliated with the Institute of Astrophysics of the Canary Islands, and hosts telescopes and instruments from up to 60 institutions across 19 different countries inside its sleek white-domed campus. Check volcanoteide.com for a schedule of open-door visits and free use of the Mons Telescope for astronomy students (plus amateurs who ask really nicely). 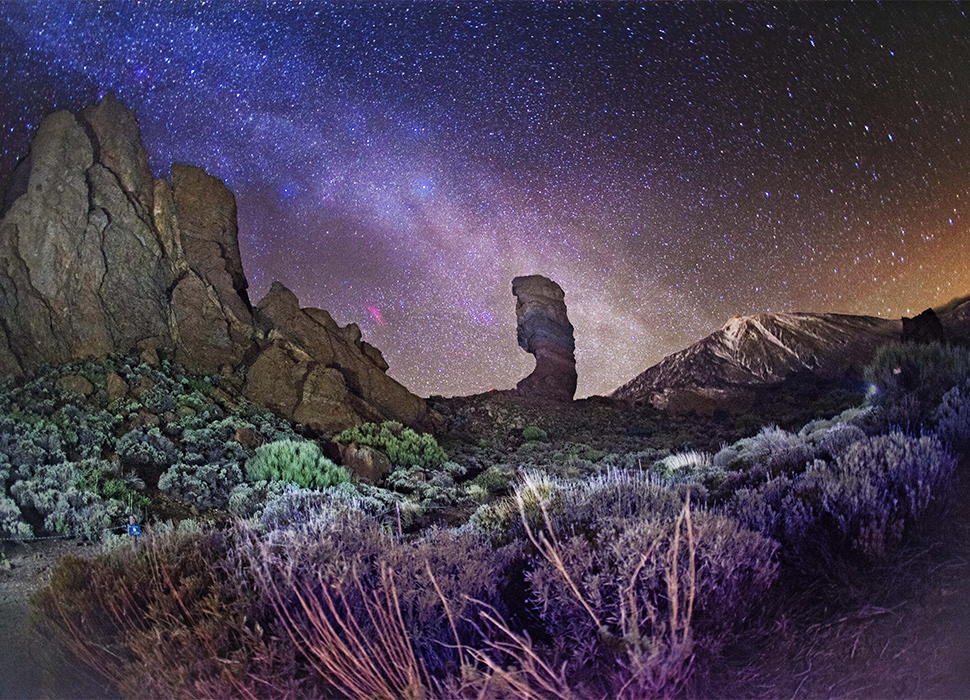 Most of the finest stargazing photography to come out of this part of the world stands out not just for the bejeweled images of celestial bobby dazzlers. No, what really sets the best photos apart is the accompanying silhouettes of eerie volcanic rock formations. To get your own superior starlit snap, head to Mirador de la Ruleta, just by the Roques de García, where the jutting Wile E Coyote-esque rock formations of La Fortaleza frame the sky an absolute treat. 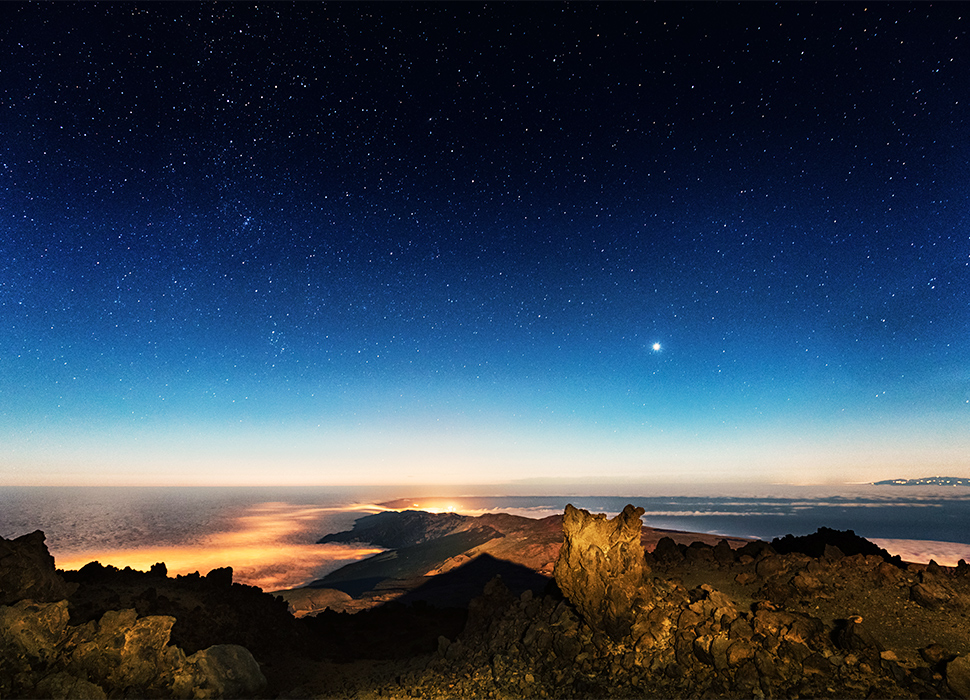 If you’re getting the impression that stargazing on Tenerife feels like too much walking, you’re in luck. There’s a state-owned hostel, situated in prime position at the foot of mighty Mount Teide – the third largest volcano on earth, don’t you know – where every Friday the staff provide a free guided tour of the sky just outside. If you’re polite enough, there’s not one, but two heavy-duty telescopes in the back, that they’re happy to wheel out on most other days too. The absolute stars.

The best restaurants on Tenerife