The best cocktail bars in Barcelona

These Catalan cocktail queens and kings are causing quite a stir

With a bar on almost every street corner, there’s no excuse ever to go thirsty in Barcelona. In recent years, however, a new generation of cocktail movers and shakers have been giving the classic cerveserías, vermuterías and dive bars in the Catalan capital a run for their money.

Whether you’re looking for a pre-dinner aperitivo, somewhere to get a bit rowdy with friends, or the perfect spot for an intimate late-night tipple, we’ve got you covered. These are the best cocktail bars in Barcelona right now. 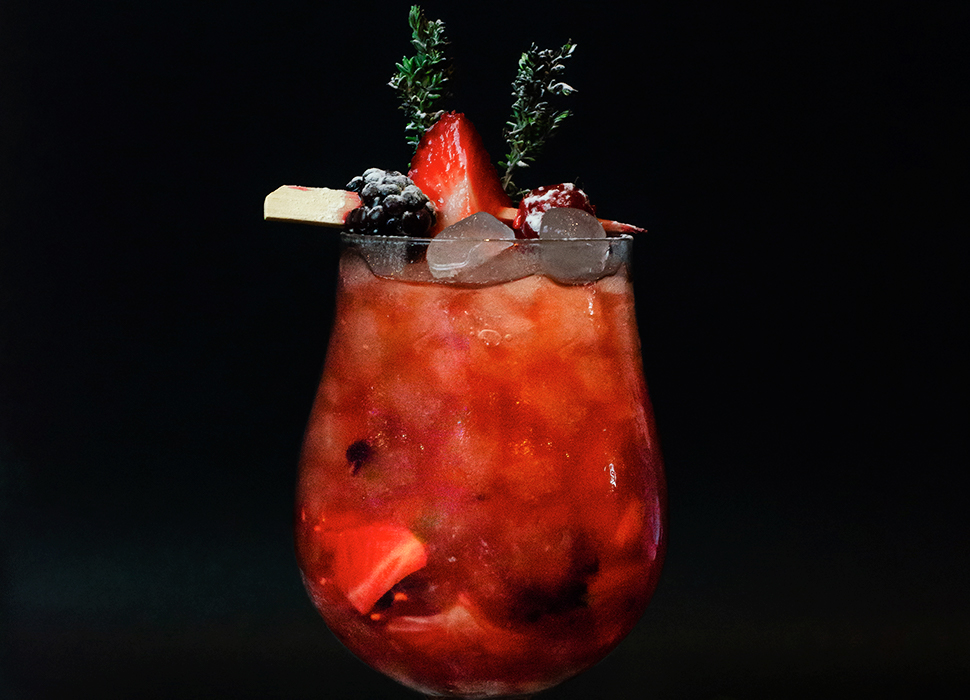 Barcelona hipsters love nothing more than going for vermouth on Sundays. So much so that modern bars, like Sant Antoni neighbourhood favourite V de Vermut, are taking this classic old man’s drink (traditionally served over ice with an olive and an orange slice) and putting it in cocktails. Try the Slo-Mo with red vermouth, Manzanilla sherry, berries and thyme. Not into vermouth? Not a problem. The bloody mary is good too, while the bloody mary-marinated clams are the salty-and-spicy afternoon snack you never knew you needed. 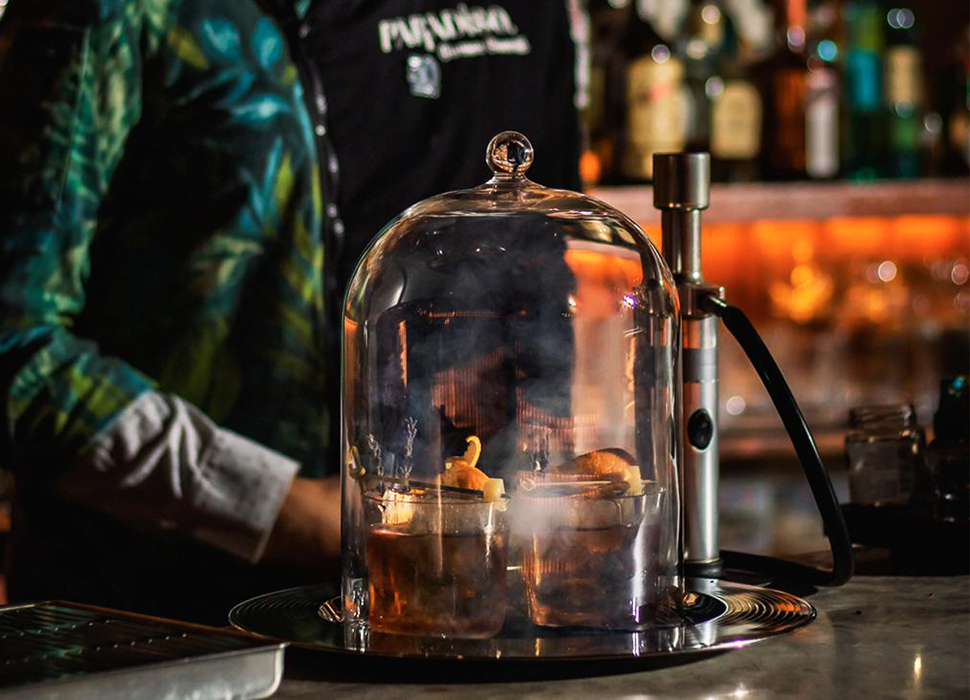 This speakeasy hidden behind a fridge door in a seemingly unassuming pastrami bar might be Barcelona’s worst kept secret. There’s a good reason why everyone and their mother knows about Paradiso. From the chic interior to the billows of smoke, fire and dry ice emanating from Giacomo Giannotti’s creations, it has more than earned its spot in the top 20 of the World’s Best Bars. Order the Great Gatsby – a newfangled take on an Old Fashioned, made with whisky, truffle honey, amaro and lavender, theatrically placed under a smoke-filled bell jar. 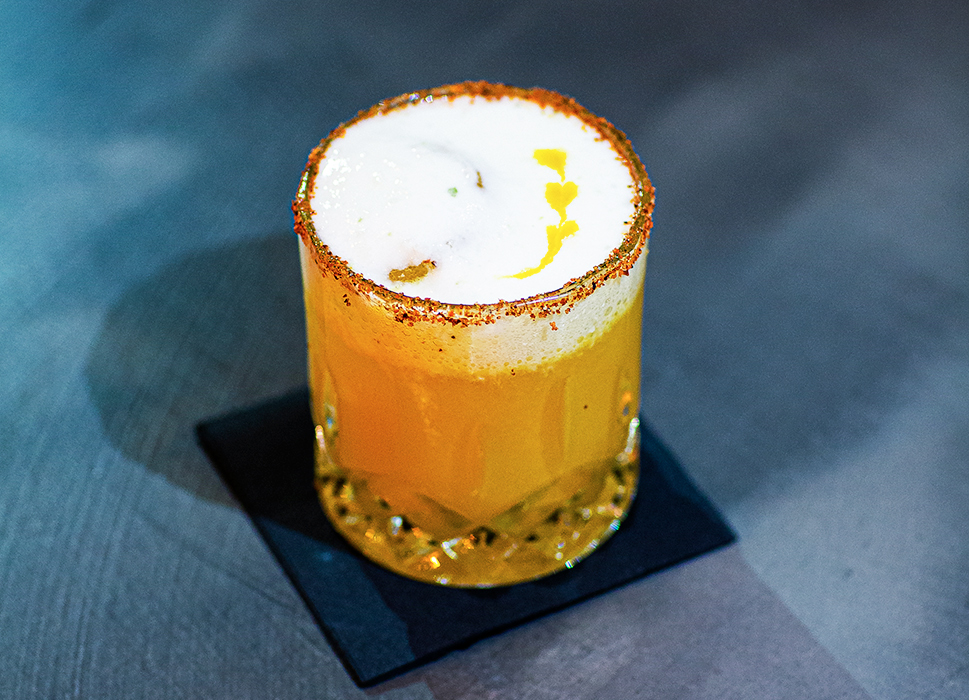 The name comes from the multinational group of friends who decided create a bar together: searching for a word to express the kind of extended family unit that can be found in friendship, they eventually arrived at ‘sons in law’. Stepping into the cosy bar, you immediately sense the friendly, home-away-from-home vibe, and that’s even before the cocktails start warming your cockles. The smooth Hyppo in Mexico seamlessly blends smoky mezcal with lime juice and mango purée, before being topped up with mezcal yoghurt foam.

The idea of going to a French pancake bar for a cocktail may not sound too appealing, but don’t be fooled by the name. More than just a crêpe joint that dabbles in cocktails, Creps al Born is a cocktail bar that also does crêpes – and it can be counted on to serve up a rollicking good time until the wee hours, seven nights a week. Order a couple of sinfully smooth espresso martinis to make sure you stay awake for it all. 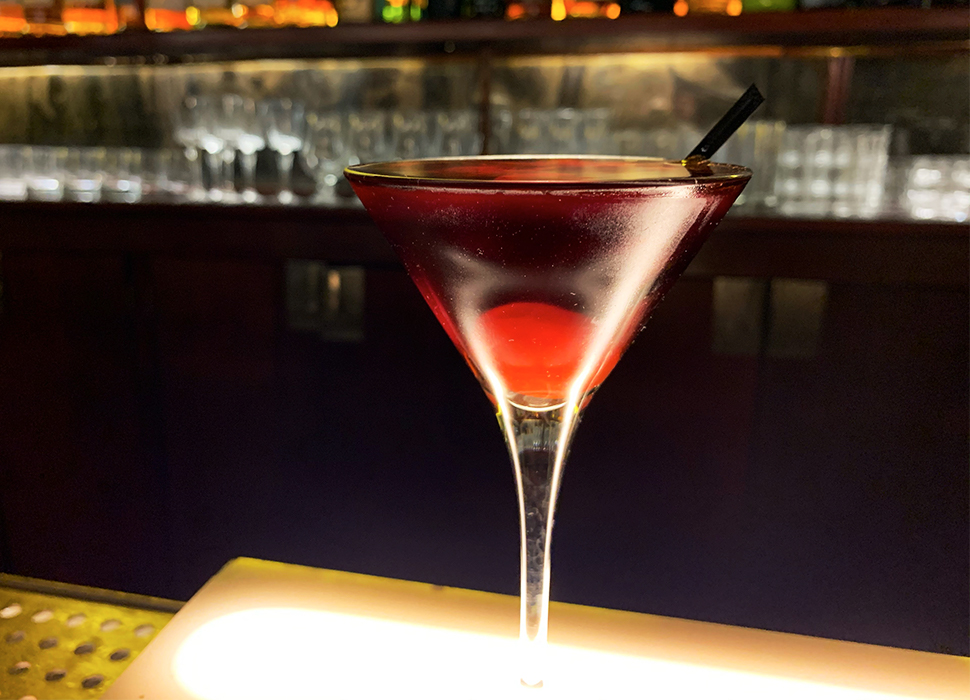 A classic negroni at Boadas Cocktails

They say quality never goes out of style and neither does superb service at Barcelona’s oldest cocktail bar, Boadas, which has been serving thirsty punters since Cuban-Catalan émigré Miquel Boadas opened it in 1933. These days, a location off Las Ramblas screams ‘tourist trap’, but, back when Señor Boadas first started pouring his famous rum-based drinks, an address here was considered the height of fashion. A classic bar calls for a timeless cocktail and nowhere in Barcelona mixes a better negroni. 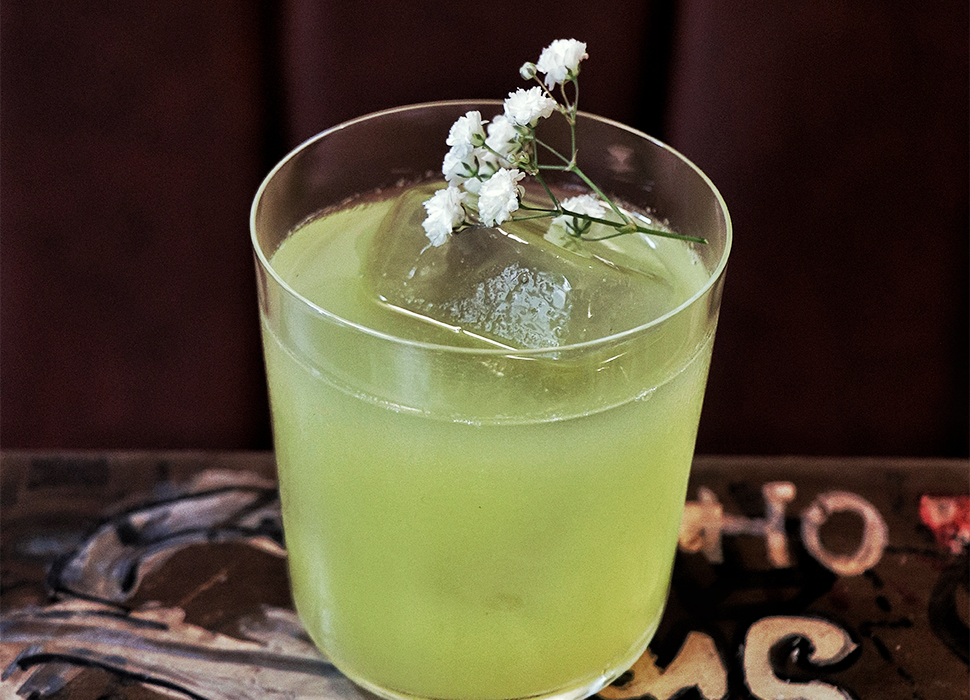 Located in the edgy Raval neigbourhood, this self-proclaimed five-star dive bar doesn’t look like a place that’s won a ton of awards. But it has. Having made a splash with their touring pop-up bar concept, Moe Aljaff and AJ White opened this space in 2017. These guys have a knack for getting people to sit up and take notice and, this year, they sneaked into the World’s Best Bars list in 26th place. All the drinks are good, but the gin-based Alpha with apple celery shrub, lemon juice and absinthe is simply transcendent. 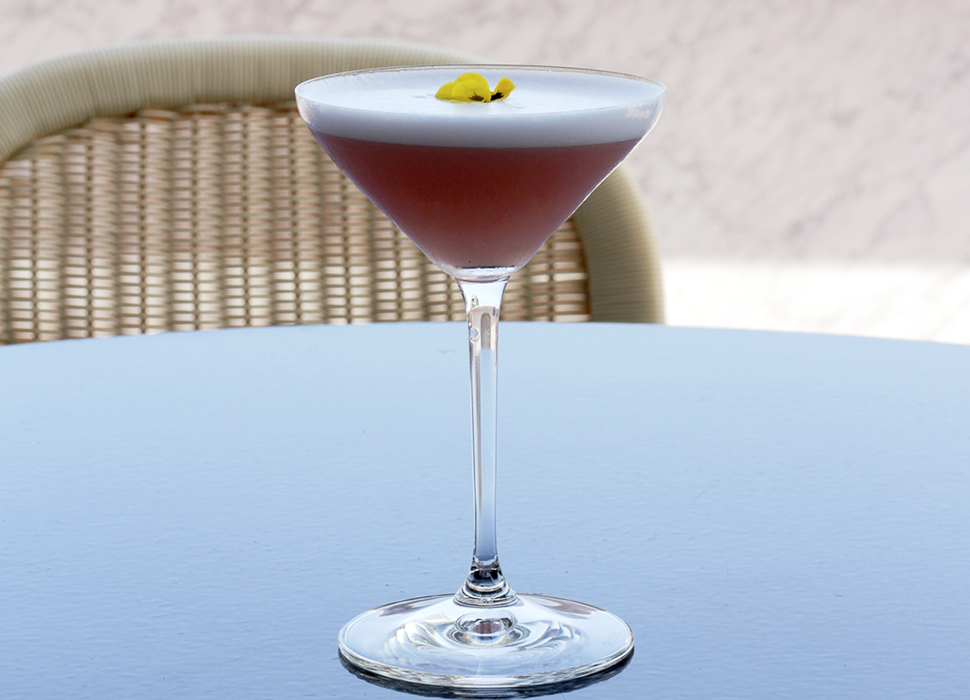 Barcelona has more fabulous rooftop bars than you can count but only a few take their cocktail game seriously. The Rooftop at Sir Victor Hotel not only allows you to have a good old ogle over Antoni Gaudí’s masterful La Pedrera apartment block next door, it also has a cocktail list long enough to work through over multiple visits. The refreshing Watermelon Martini is perfect for a sunny afternoon, while the Spicy Margarita has plenty of kick, if your night needs spicing up a bit.

Stepping through the stealthy door of this elegant bar takes you right back to prohibition-era Chicago. Tuxedo doesn’t have an address, only latitude and longitude coordinates for its ultra-secret location. If you enjoy the cloak-and-dagger theatrics of a good old-fashioned speakeasy, this one will be right up your alley. What to order? The Tuxedo, of course – gin, dry vermouth, orange bitters, maraschino, and Absinthe. 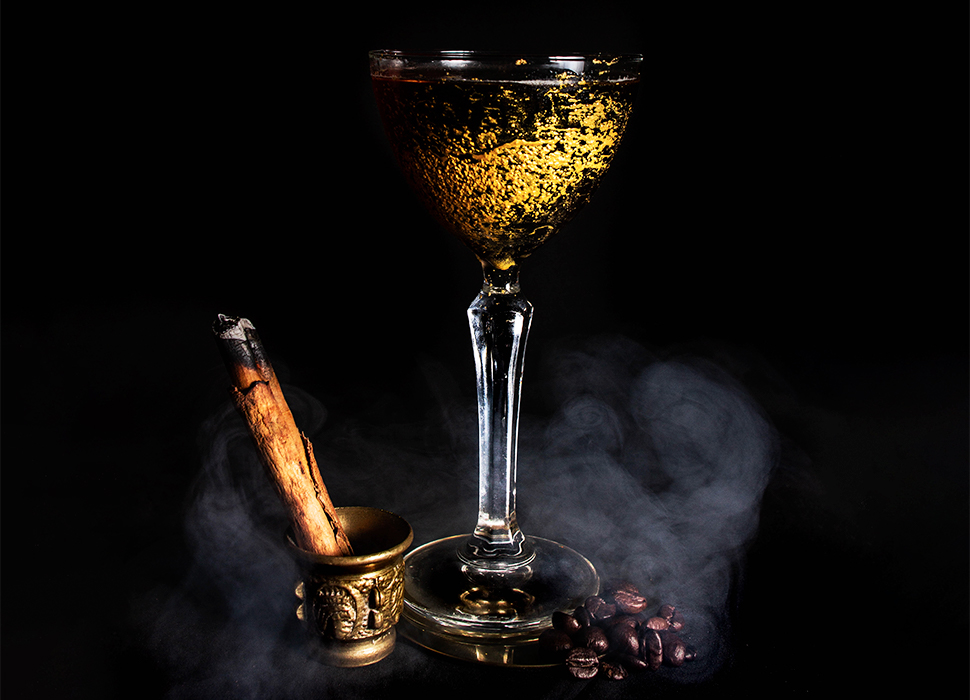 Lilith, female demon of Jewish folklore and first wife of Adam (before Eve came along), is best known as an icon of modern feminism. It is this Lilith that ‘sons’ Baptiste, Paul, Roman and Aquiles pay tribute to in their tiny bar that brings together progressive, like-minded people. Lilith & Sons is a convivial spot where feminist philosophy blends effortlessly with skilfully executed craft cocktails and tasty bar bites. The Montre Sagrat is a delight, blending peaty whisky, Catalan herb liqueur, espresso and chocolate. 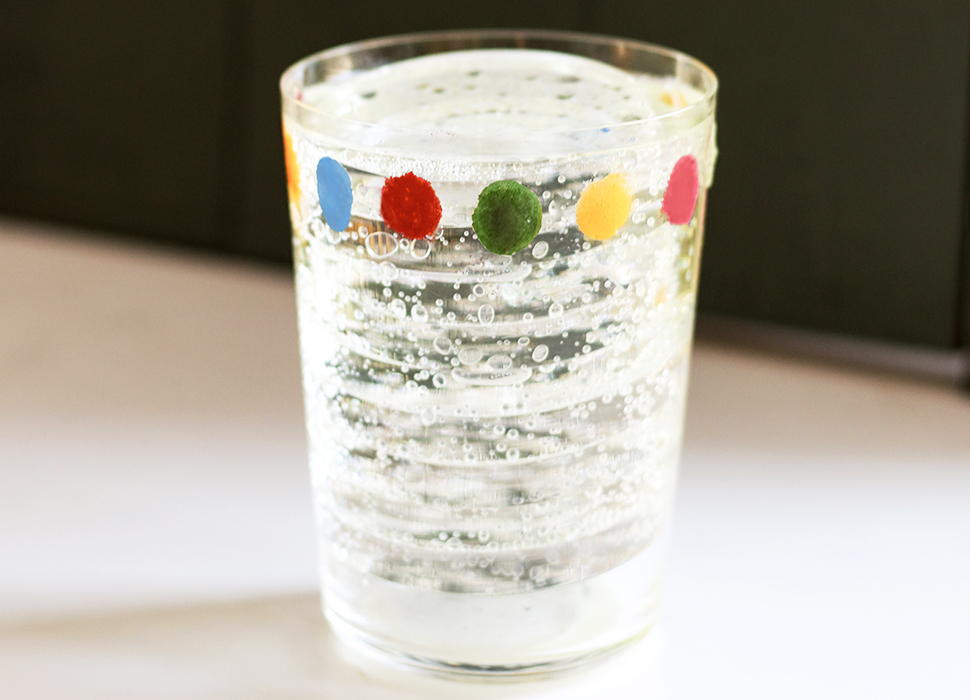 Opening in December 2020, SIPS is easily the most anticipated new addition to the Barcelona bar scene for years. With a sophisticated uptown address and none other than mixology maestro Simone Caporale of London’s Artesian at the helm, it goes without saying expectations are through the roof. The Mosaic is a brand-new drink created by Caporale for SIPS: inspired by the Barcelona’s favourite son Gaudí, it combines aromatic fruit with SIPS’s signature Palosanto Soda, plus a flavour-packed edible ‘mosaic’. ¡Salud!