The best things to do in Genoa

The capital of Liguria is rightly famed for focaccia, pesto, Piano (Renzo, that is) and classical architecture. Here's the best of it 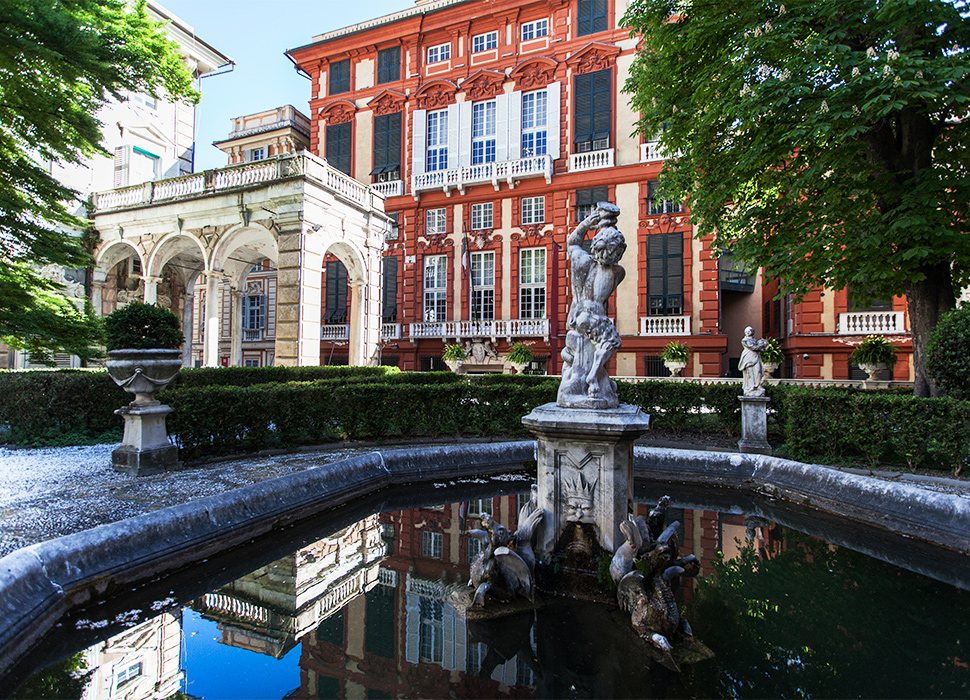 Get a face-full of art inside and out at Palazzo Bianco / Image: A Falcone Xedum

The word ‘palatial’ – as in, ‘like a palace’ – gets thrown around a lot. But strolling along Genoa’s grandest thoroughfare, you’ll agree it sums things up nicely. Some 42 sumptuous buildings, most in lush Renaissance and Baroque styles, combine in a UNESCO World Heritage strip that warrants nothing but awe. They’re all a bit spesh on the inside too – Palazzo Rosso and Palazzo Bianco, for instance, are now both galleries with exquisite art collections; while the Palazzo Tursi, now known as City Hall, holds one of Paganini’s violins. 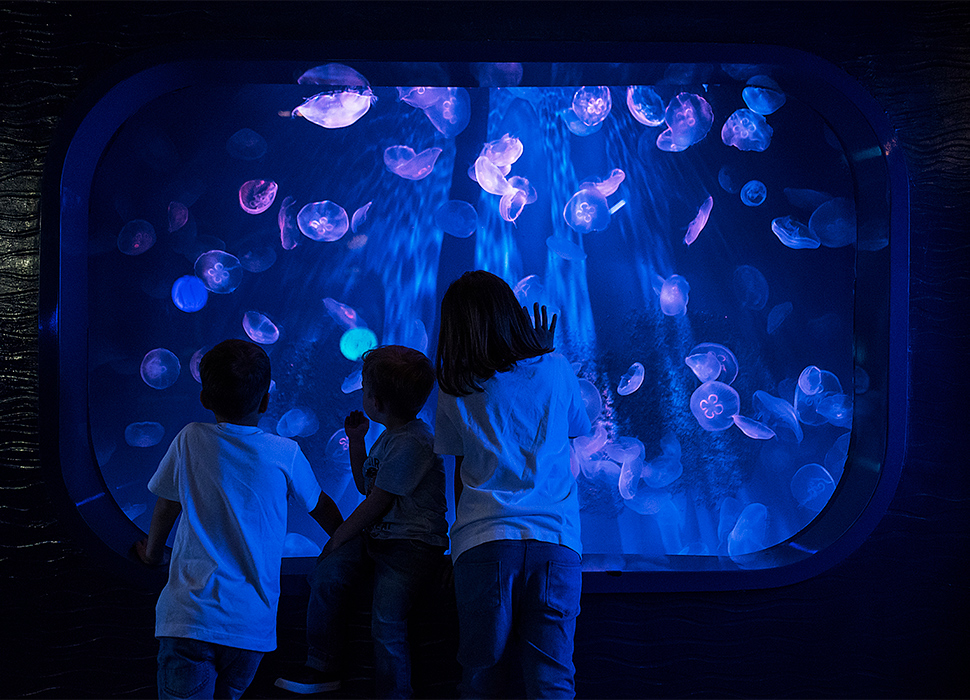 Europe’s largest aquarium was built in 1992 to mark 500 years since Columbus (him again) kind of, but not really, discovered America. Anyway, Aquario di Genova’s 71 tanks are home to some 15,000 animals, belonging to 400 species. The real showstoppers are probably its manatees and dolphins, as well as the crowd-pleasing zebra sharks and hypnotic array of jellyfish. The overall structure was designed by Genovese starchitect Renzo Piano (more from him later), and there’s plenty of interactive stuff encouraging kids of all ages to plunge right in.

3. Be beside the seaside at Boccadasse 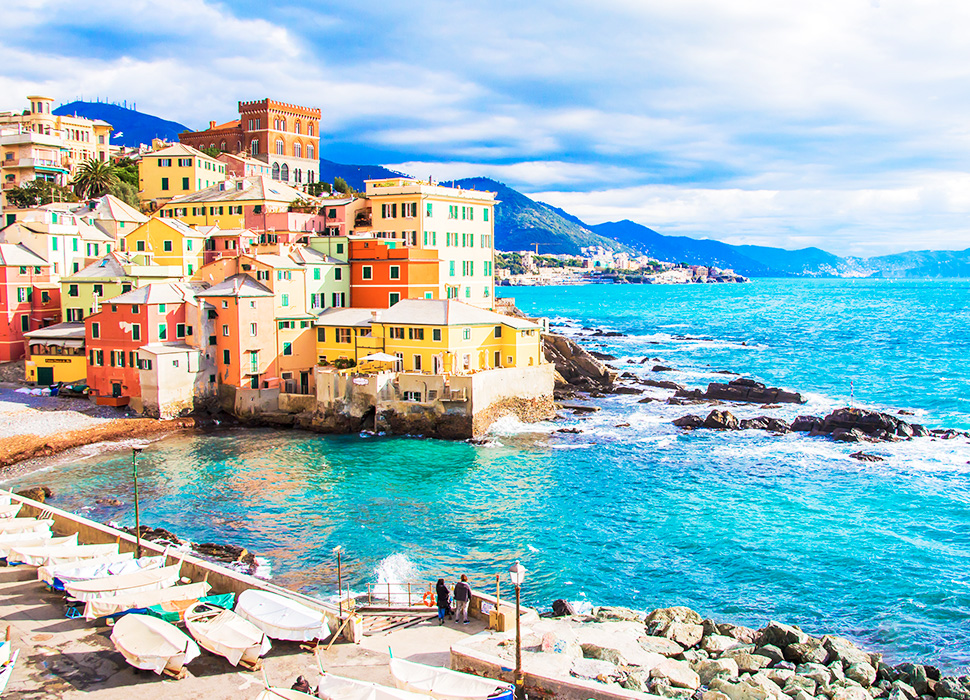 On a balmy summer’s evening, young-at-heart Genovese folk with romance – and gelato – on their minds will often stroll down the broad villa-lined promenade of Corso Italia toward Boccadasse. An arresting jumble of terracotta hued homes march uphill from the cutesy pebble beach, which steadily fills up with starry-eyed couples as the sun goes down. You get the feeling modern life has largely passed this old fishing village by – and that everybody here is totally cool with that. 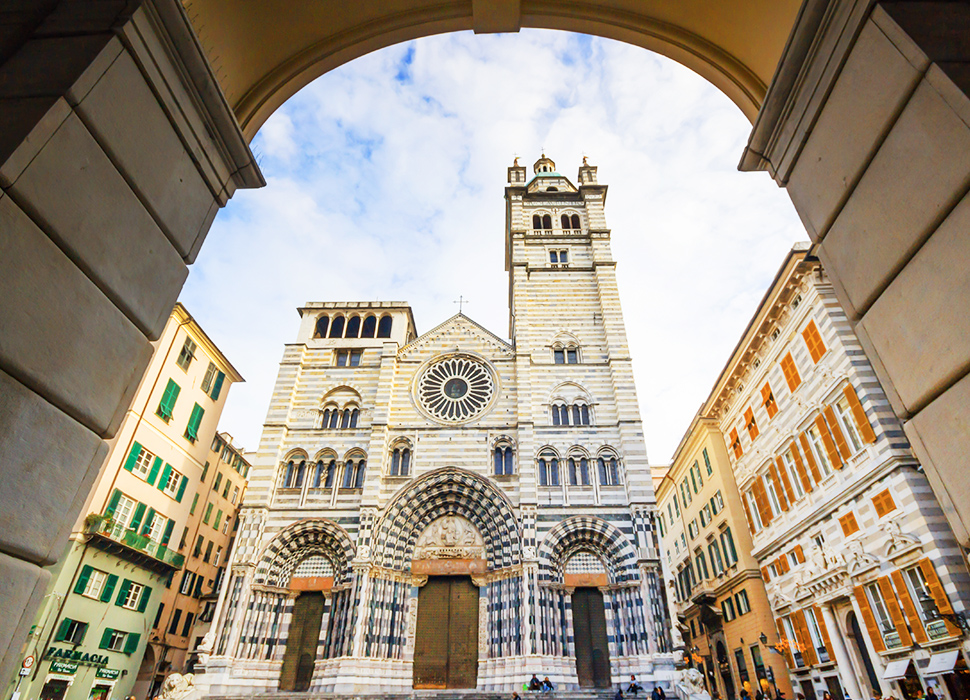 Talk about friends in high places – just inside this fabulous 400-year-old jewel of a church sits a replica unexploded bomb, commemorating one night in WWII when a very narrow escape somehow prevented San Lorenzo church being consumed by fire. Locals have been worshipping on this spot, in some form or another, for a good millennium and a half, and among other nifty curiosities on the facade there’s a hidden stone dog. If you find the sneaky little mutt without help, he’ll bless you with a long and happy love life. Well, they know all about keeping the faith here.

5. Rise above it all on the Bigo elevator 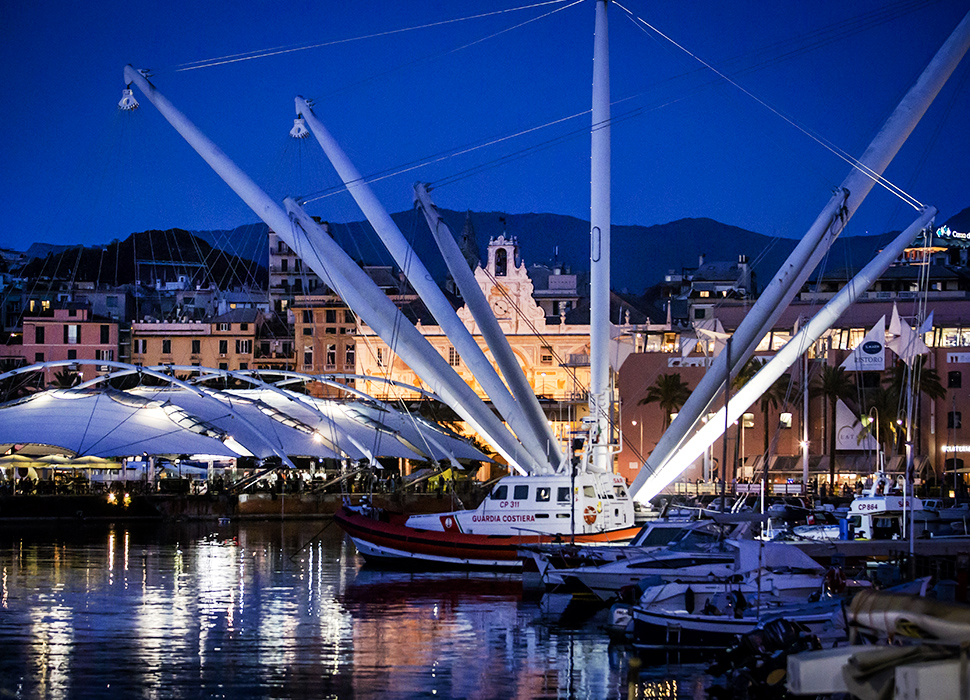 Aforementioned prodigal son Renzo Piano also designed the Bigo – a happily bonkers elevator to nowhere. Punters climb on within the grounds of the Aquario di Genova, before being hoisted 40 metres into the sky at a leisurely, picture-taking pace. It’s surrounded on all sided by glass, for the ultimate 360-degree panorama, and commands superlative views of the regal centre of Genova and out over the gently lapping waves of the Med. Definitely the sign of a city that’s going up in the world.

6. Make a wish at the Ferrari fountain 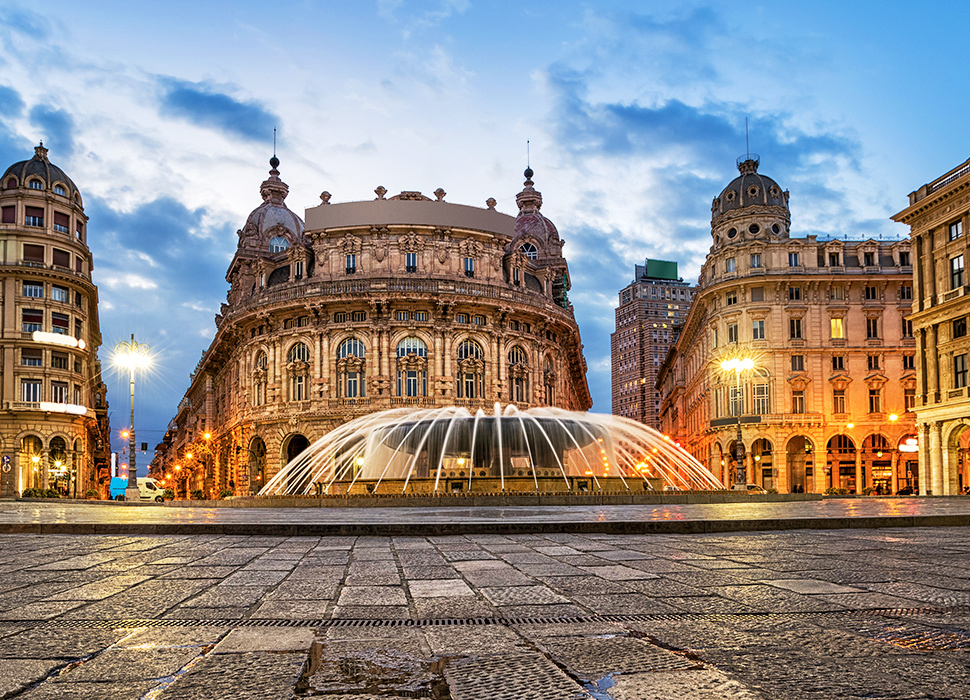 Named in honour of Marquis Raffaele Luigi De Ferrari, Prince of Lucedio, Duke of Galliera – and absolutely nothing to do with the flash cars, soz– Genoa’s main square has been a popular meeting spot for centuries. It's ringed by a bevy of mighty neoclassical buildings – including the Ligurian Academy of Fine Arts and the Stock Exchange – while its recently-renovated circular fountain conveys grace and power, and is a little island of calm amid the hustle and bustle of the modern city. Chuck in a coin and pray it never changes.

7. Feast on focaccia at Mangini 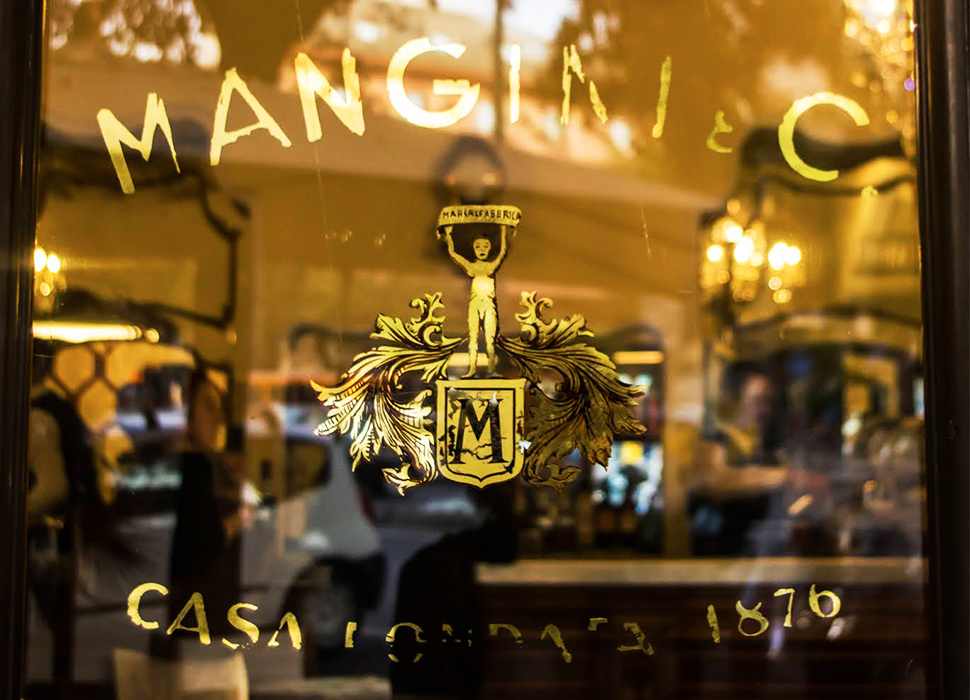 No visit to Genoa would be complete without a hearty local breakfast of coffee and focaccia – the chewy olive-oil flatbread that this region is famous for. For best results, swing by proudly old-school café and literary salon Mangini, just east of downtown, which is decked out to this day in fancy, rich wood panelling and lit by proper chandeliers. It’s been going 150 years, and Ernest Hemingway was apparently a fan – the hirsute novelist is said to have loved sitting on the terrace, so plonk down there and hope that creative inspiration strikes.

8. Spend like it’s going out of fashion at Via Luccoli 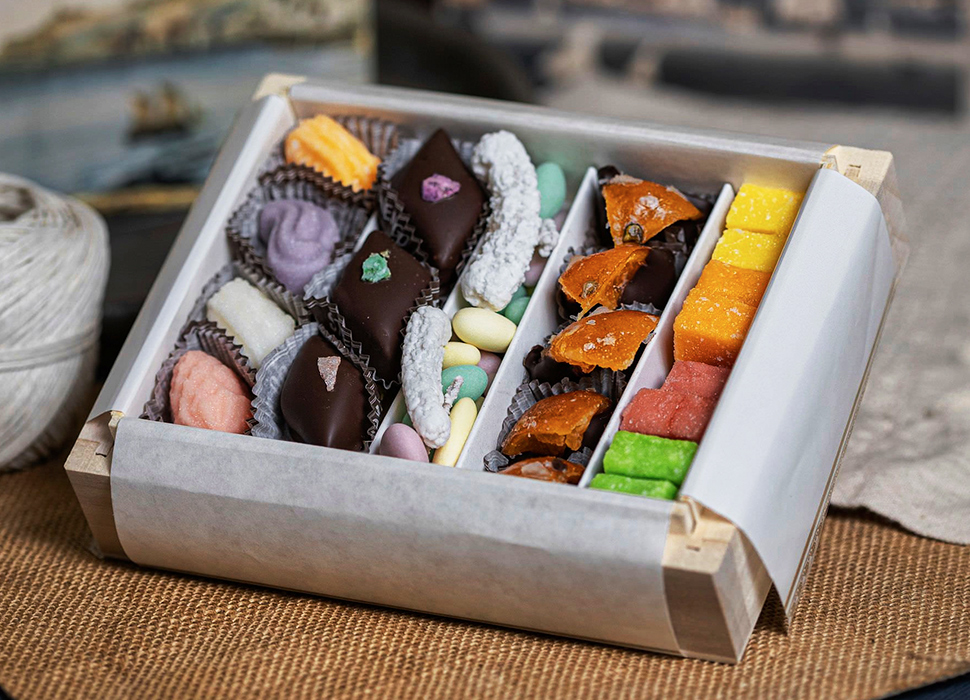 Pretty as a picture sweets at Romanengo

For an authentic Genovese shopping foray, give the Centro Storico's Via Luccoli a whirl. Designer boutiques from proper local fashion bigwigs rub shoulders with cool bars – perfect for stopping off in when you need a refreshing glass of something potent to re-energise over. If it’s all a little too early for that, a gelato at Cremeria Buonafade or a pretty sweet from 18th-century survivor Romanengo should perk you up proper. For the hardcore Genovese experience, you could even try boiled tripe at Tripperia la Casana, if you've the stomach for, well, stomach.

9. Drink in the night air all along Corso Italia 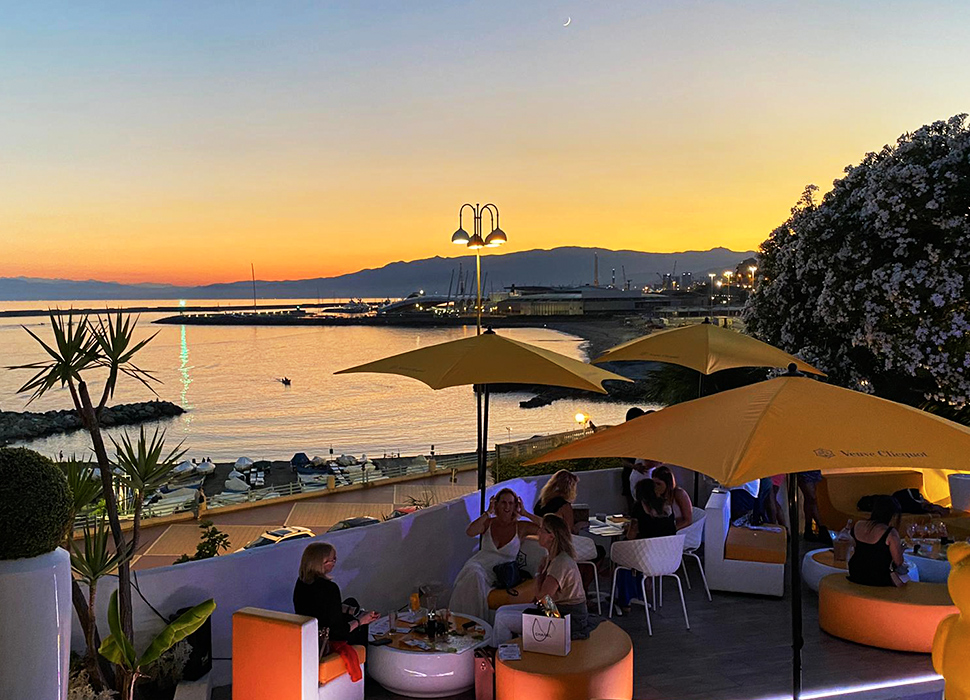 Mako Discotheque is a superlative place for a sundowner

Being, as it is, the main seafront drag stretching out over an especially lovely bit of the Mediterranean, you’d expect there to be one or two decent places for a drink along the Corso Italia. And you’d be quite right. Top billing should go to Mako Discotheque, a popular and lively three-in-one boozer, restaurant and full-on disco. Just along the strip, Pirate’s Cove knocks out tip-top seafood and punchy cocktails, while Estoril keep it classic with big pizzas, and a decidedly Latino vibe to the tunes and regular dancers.

10. Pay tribute to the king of pesto at Il Genovese 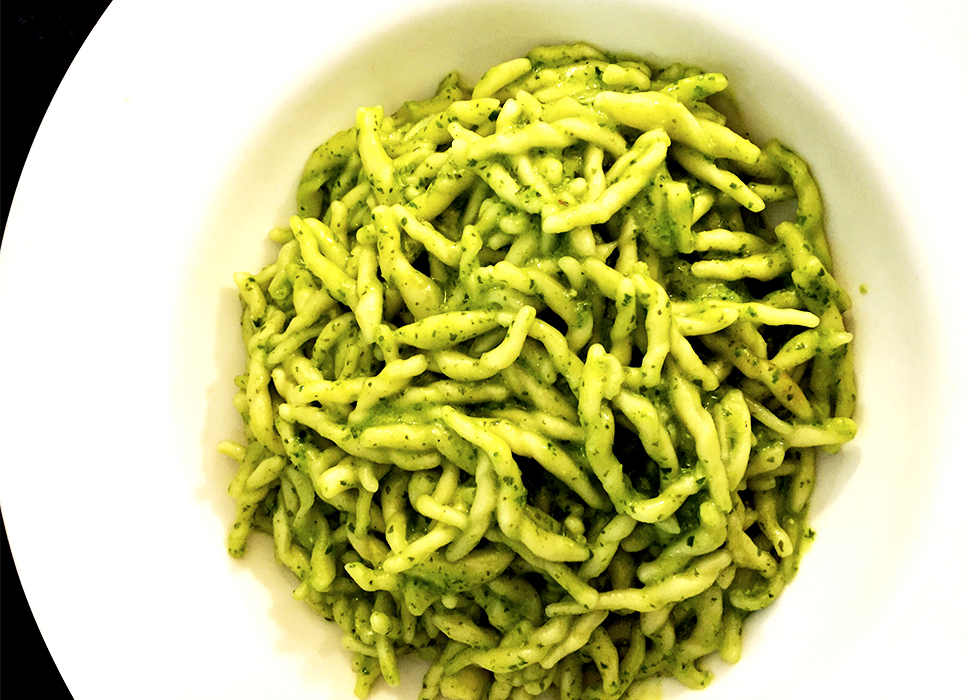 Genoa’s other great culinary contribution to the world – apart from focaccia – is pesto. And for the absolute best results, go and pay your respects to Roberto Panizza. The self-styled ‘King of Pesto’ presides over Il Genovese, a smart little whitewashed eatery a stone’s throw from Genoa’s covered market. Panizza – who also, by the way, hosts the biannual World Pesto Championships – runs a tight ship, combining the very best local ingredients to make pesto like you’ve never tried back home. Your sad little supermarket jar in the fridge will probably go green with envy.