Red faces: the park where Hungary's communist past is kept alive

In a quiet corner of Budapest, Soviet history buffs are working hard to protect the statues of communism. They’re not the only ones preserving life beyond the iron curtain

It’s been nearly 30 years since the Berlin Wall came down, and the Soviet Union with it. After November 1989, former Eastern Bloc nations, from Estonia to Bulgaria, sharply turned their backs on Russian influence and sought to forget the hard times endured under Communism. Ripping concrete statues of Lenin and Stalin from their foundations became a symbolic act – a show of unified strength – and these figures of oppression were unceremoniously dumped onto Soviet scrap heaps.

In Budapest, they were dragged to a small patch of land south-west of the city and simply left there. As the years passed, the spot became known as Memento Park – an elephant’s graveyard for fallen heroes, dictators and war criminals. Now, however, it’s rapidly growing in popularity as a tourist attraction, just as other neighbouring countries are also reclaiming their troubled past.

“It’s here to start a conversation around totalitarian regimes,” says Dóra Szkuklik, exhibition guide at Memento Park. “These statues represented the power of the regime. They were created as political propaganda, but some of them are also works of art.” 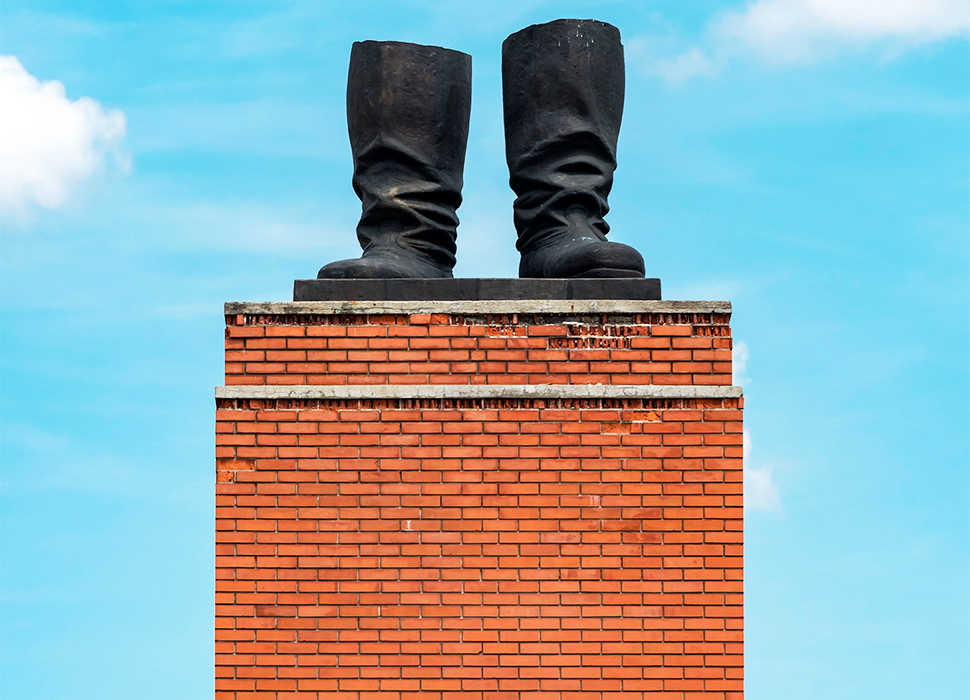 These boots were made for... standing: Stalin's Grandstand statue / Credit: Getty Images

In total, there are 45 pieces from between 1945 and 1989 slowly weathering in the Hungarian sun. Marx and Engels watch over the park with furrowed brows, and Lenin signals his Bolshevik comrades into battle. Among the trees and finely chopped grass, an imposing 1.82m-tall Red Army liberation fighter stares outwards across the greenery, clutching the former Soviet flag in one hand with a rifle strapped around his neck. Another statue shows two soldiers from either side of the Hungarian-Russian border grasping hands, depicting a perceived (but then nonexistent) solidarity between the two nations.

Perhaps the eeriest structure, though, is a to-scale replica of a lonely pair of boots named ‘Stalin’s Grandstand’. As citizens rose up across Budapest during the Hungarian Revolution of 1956, a crowd began sawing at the knees of an 8m-tall Stalin forged in bronze, bringing it crashing down. For a moment, they had toppled their tyrant and these boots stood on the pedestal as a satirical reminder of his influence. But Hungary remained governed by Moscow for decades, until 1989 brought with it a regime change, known as the Rendszerváltás, and Communist rule in the Hungarian People’s Republic collapsed.

“For the Hungarians, Memento Park is a place where they can discuss and find nostalgia, even if they were happy that change came in 1989,” says Szkuklik, who has been working for eight years at the park. “It’s here to start a conversation around dictatorships and democracy. People may want these destroyed, but it belongs to our history and we need to keep that for a new generation.” 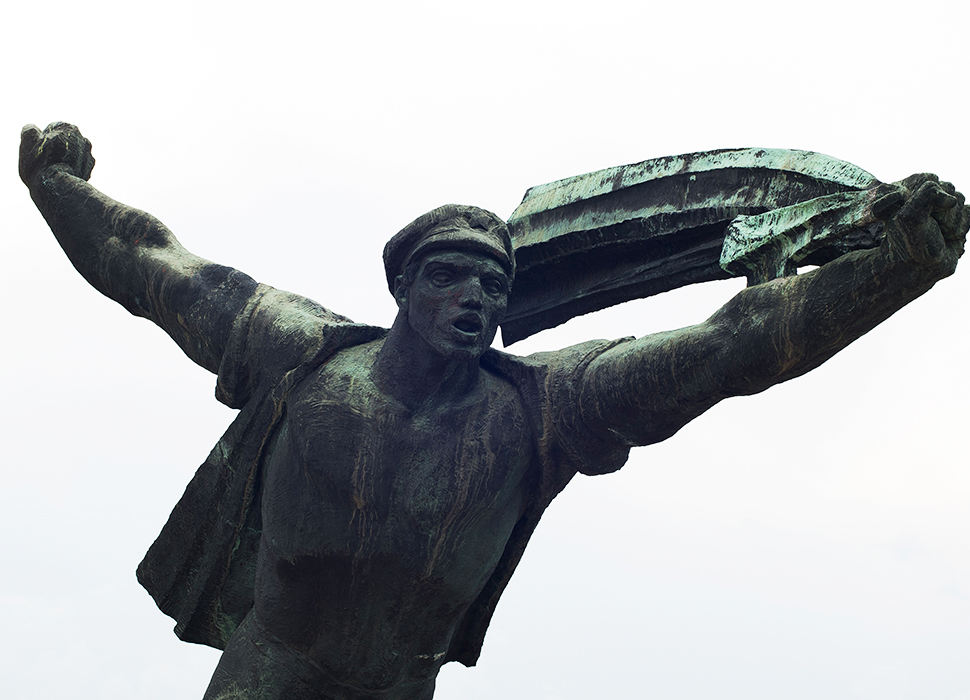 In city centre Budapest, there are several more hands-on experiences of Soviet life as it was, such as the opportunity to rent a Trabant (rentatrabantbudapest.com) and drive around in one of the rickety mass-produced cars that were the only vehicles available to ordinary citizens. Alternatively, make the trip south-east to the Ecseri Flea Market to buy a marble bust of a Communist leader.

“Foreigners came here to look for Soviet badges of honour, that’s how it all started for us,” says shop owner Mária Oroszkiné Seres. Since 1999, Oroszkiné Seres and his wife – now both in their 70s – have sold trinkets from the USSR at their small Ecseri Flea Market stall, south-east of the city. “Hungarians are less interested in Communist things,” he adds.

Then, there’s the Hungarian capital’s famous ruin bars, which were born in the early 2000s as proprietors began occupying buildings abandoned post-WWII – left to rot further through the Communist occupation – and are now full of music, craft beer, street food and out-of-towners. Some, like the Red Ruin bar, celebrate the era with its playful murals of Soviet leaders, including Lenin with a mohawk and a sunglasses-sporting ‘Joseph Stylin’.

Hungary isn’t the only nation whose Communist heritage has created an unlikely tourist boom. The recently opened Red History Museum in Dubrovnik, Croatia, shows visitors how the former Yugoslavia coped with being caught directly in the crossfire during the Cold War, with exhibits covering everything from pop music to Soviet denim. More darkly, Tallinn’s new Communism is Prison exhibition educates visitors on the crimes of past Communist regimes. 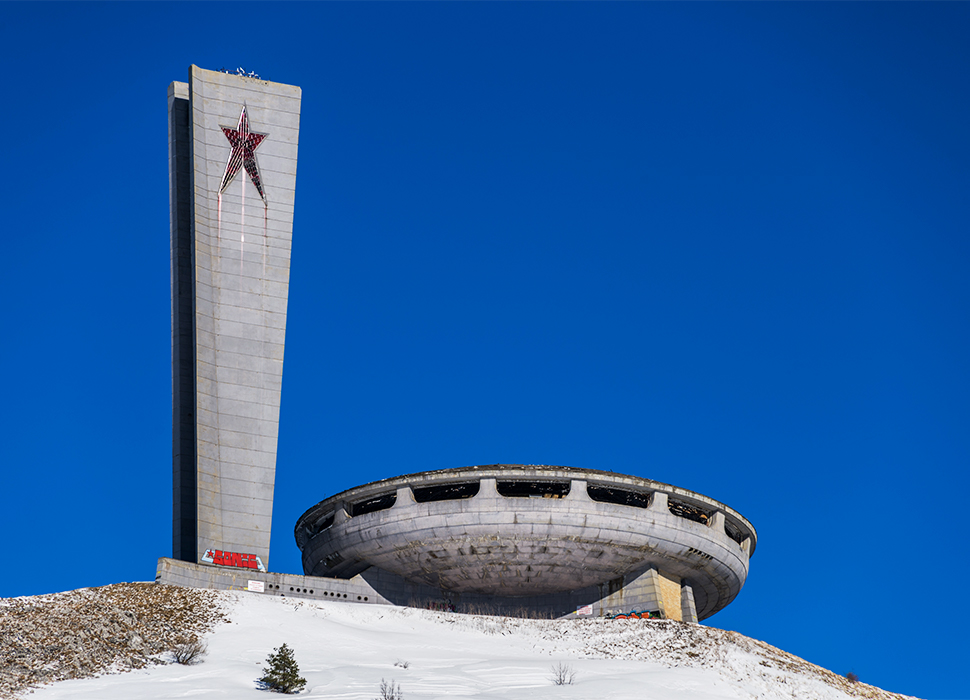 Erected in 1981, the Buzludzha Monument, placed high in the Balkan mountains, stands as a tribute to Bulgaria’s Socialist movement. This spaceship-like structure, that could easily double as a Bond villain’s lair, was recently awarded US$185,000 towards its conservation.

However, first among equals in the Communist museum stakes is Berlin’s DDR Museum. Its permanent exhibition is a kind of interactive Communist cosplay and a hotspot for Ostalgie – a bittersweet nostalgia for aspects of society in Communist East Germany.

The country’s unlikely connection with David Hasselhoff remains a source of pride, too. The Hoff’s aptly titled hit record Looking for Freedom was No 1 in Germany the summer before the Berlin Wall crumbled. As an everlasting homage to the Baywatch star, the world’s only David Hasselhoff Museum resides in Berlin, tucked away inside the Circus Hostel in Berlin’s Mitte neighbourhood. 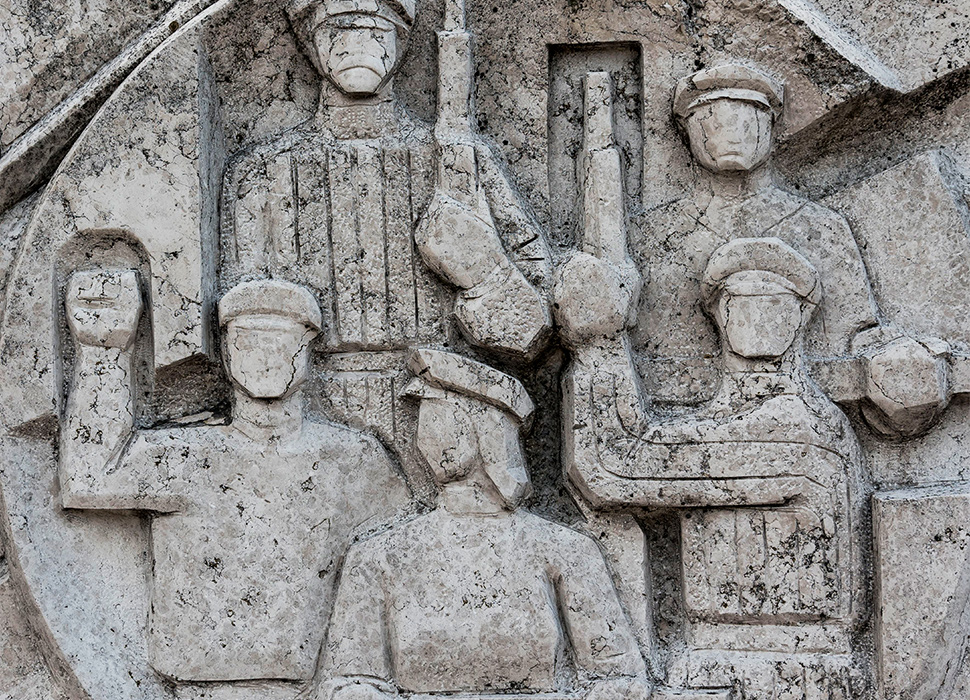 The examples range from the condemnatory to the kitsch, but a common thread is the richness of Communism’s cultural artefacts. As with Memento Park, Warsaw’s Neon Museum reflects a more earnest attempt to preserve the aesthetics of a dead regime. This Polish archive of signs sourced from former Eastern Bloc cities pays tribute to a craft that was born from revolt, repurposed for propaganda and finally hailed as an art form. It also looks great on Instagram.

As András Török, local historian and author of Budapest: A Critical Guide, remembers, Budapest was not a culturally barren place under Communism. “In 1981, a friend said Budapest looked like a Roman province decades after the Romans had left. It was very insulting, but it was true,” he recalls. Budapest might have seemed an uninviting place, devoid of colour during this time, but it still fizzed with life, says Török. “It was a cultural city with many theatres, symphony orchestras and museums,” he continues. “Still, we never expected that Communism would disappear.” 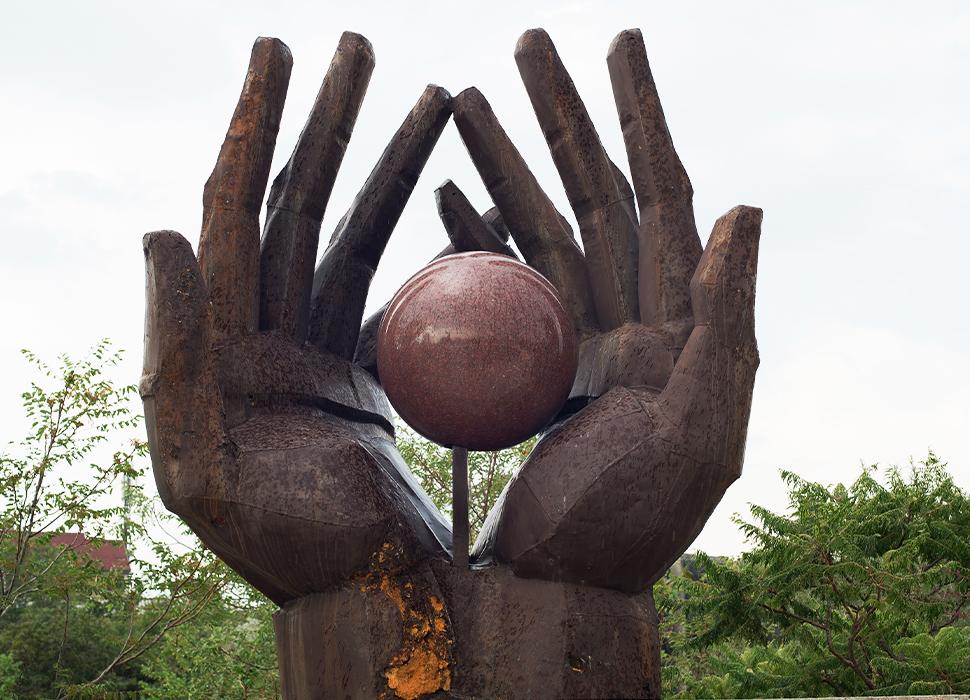 For many who lived through the regime, and never felt it could end, being able to forget is a hard-earned luxury. But escaping out from under totalitarian rule also means being able to control the past and how it’s perceived. That is another freedom that’s not to be taken for granted.