Take the schlep out of your ski holiday by opting for one of these convenient European resorts – all reachable in three hours or less from a London airport, and boasting an excellent variety of slopes and après draws. You’ll go from chilling at home to feeling the chill of the mountain air in no time at all.

The one for party people 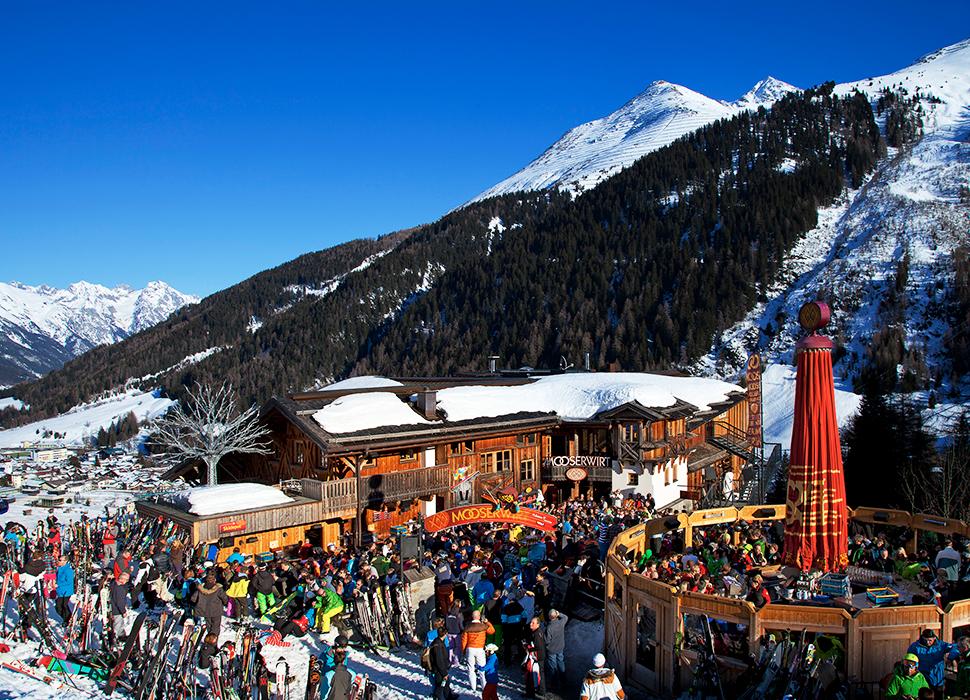 Boogie on tabletops at Mooserwirt

How long does it take to get there? Three hours total from a London Gatwick or Luton, including a 60-minute drive from Innsbruck airport.

What’s the deal? Sitting pretty in the Tyrolean Alps, this idyllic village apparently had a role in inventing skiing as a sport – and, with over 305km of marked ski runs and 200km of off-piste slopes, they’re clearly mad about carving powder. They’re also mad about a good time: their après reputation is legendary in ski circles, bolstered by a clutch of rowdy huts and bars that fill up with revellers when 5pm rolls around. The giant Mooserwirt club is the epicentre of the party scene, where tables are danced on and the music policy is pure cheesy bliss. Elsewhere, the Krazy Kanguruh is hip and full of young Aussies, while the Anton Bar is a bit slicker and more sophisticated.

The one for homebodies 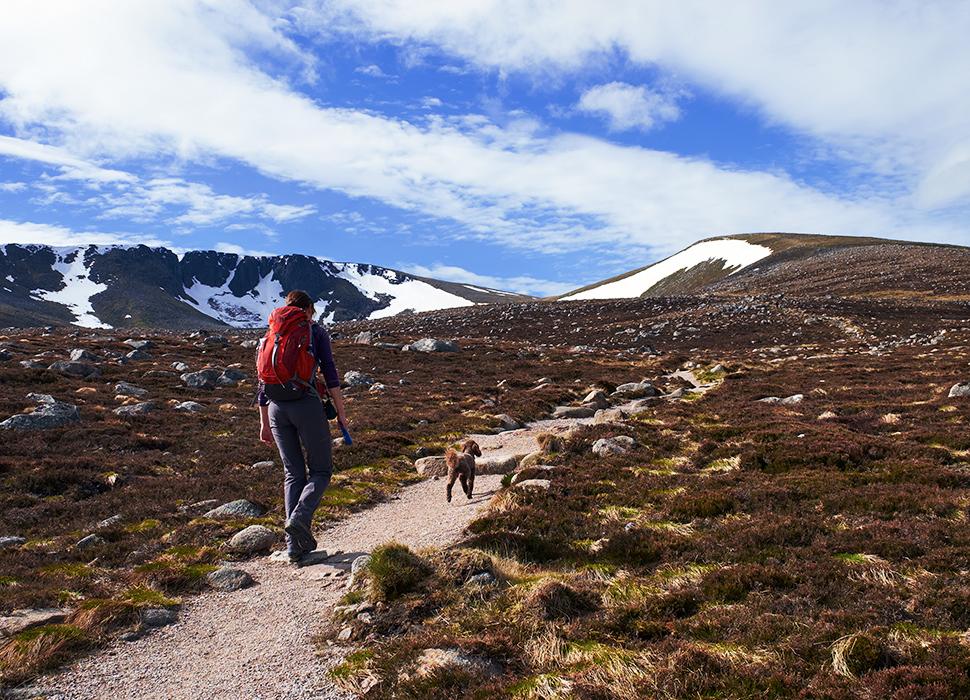 Hiking is also an option at Cairngorms / Image: Adobe Stock

How long does it take to get there? Two hours and forty minutes total from London Gatwick or Luton, including a 60 minute drive from Inverness airport.

What’s the deal? For those who really, really don’t want to venture far from home, Cairngorm Mountain in Scotland should be your pick for winter fun. It may be smaller than its European counterparts, but still offers 30km of pisted runs, a freestyle park and on-site equipment hire. Snow can be a tad unpredictable, so best to check the website for up-to-date information. But even if skiing is a no-go, there are still plenty of activities to partake in – like tubing, hiking, and bird spotting.

The one for family fun 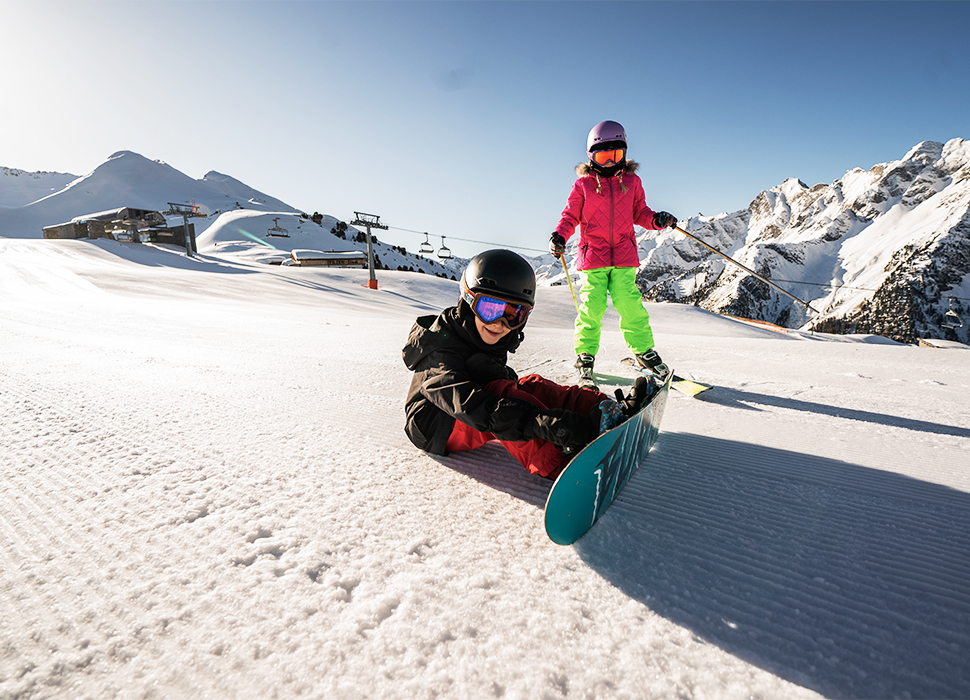 How long does it take to get there? Three hours total time from London Gatwick or Luton, including a 60-minute drive from Innsbruck airport.

What’s the deal? One of the largest ski areas in Austria, Mayrhofen is massive, with over 142km of runs for skiers of all abilities – even tiny downhill devils who are still perfecting their pizza. Young kids ski totally free, and teens get a 20% discount, which is happy news for parents. When you and the clan tire of zipping down pistes, you can opt for whole-family-pleasing activities like tobogganing or hiking.

The one for gourmands 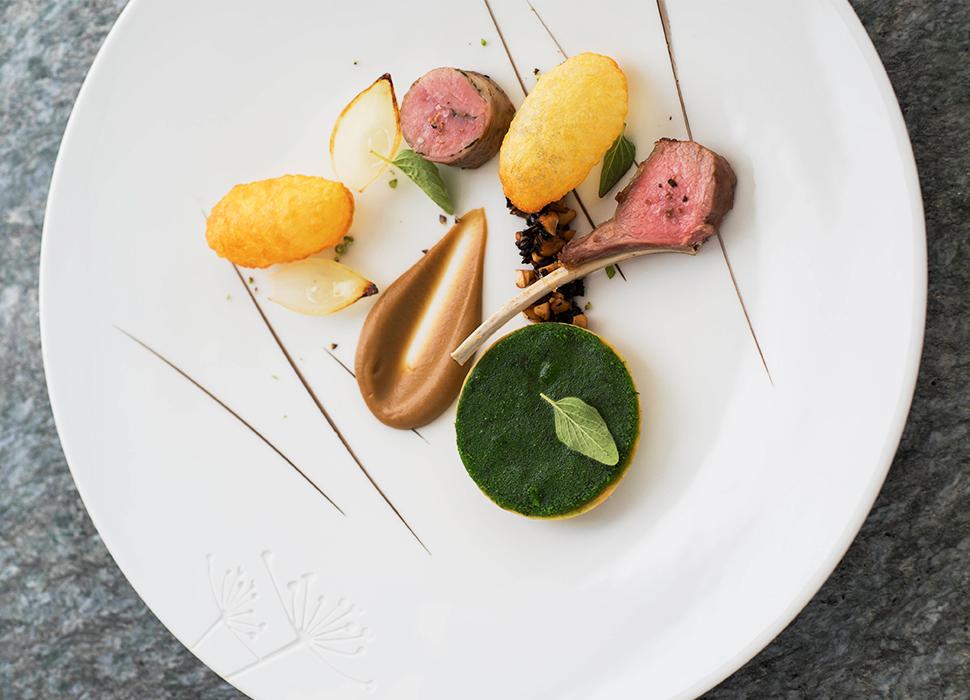 Arts is a work of art at Flocons de Sel / Image: © Anne-Emmanuelle Thion

How long does it take to get there? Two hours and fifty minutes from London Gatwick or Luton airport, including an hour-and-ten-minute drive from Geneva airport.

What’s the deal? If your idea of a perfect après-ski situation involves a set menu, then this classic ski resort should be your pick. So specked with Michelin stars it’s practically a galaxy, Megève has certainly earned its reputation as a foodie hotspot. Try the dazzling Flocons de Sel, an upscale French affair which that discerning tyre company has given three stars of approval, or Face au Mont Blanc, where sumptuous, buttery meals can be lapped up on their mountaintop terrace.

The one for piste pros 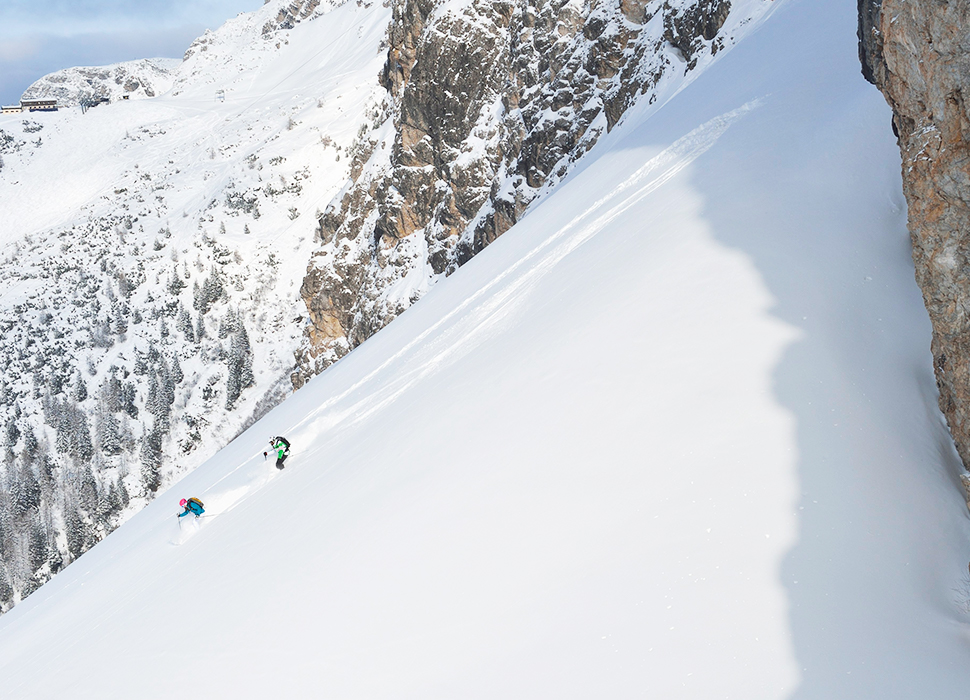 How long does it take to get there? Two hours and thirty minutes from London Gatwick or Luton airport, including a 28-minute drive from Geneva airport.

What’s the deal? Experienced skiers should make a beeline for this small but proud resort, which twice played host to the Olympic winter games (1964 and 1976). Though you may not be as pro as the Olympians, you can still flex your downhill game on their advanced runs – including the famous Hoadl run, where Olympic skiers attempted to out-speed each other for the gold medal. But beginner skiers shouldn’t get scared away – there are still plenty of easier piestes to get you up to speed. 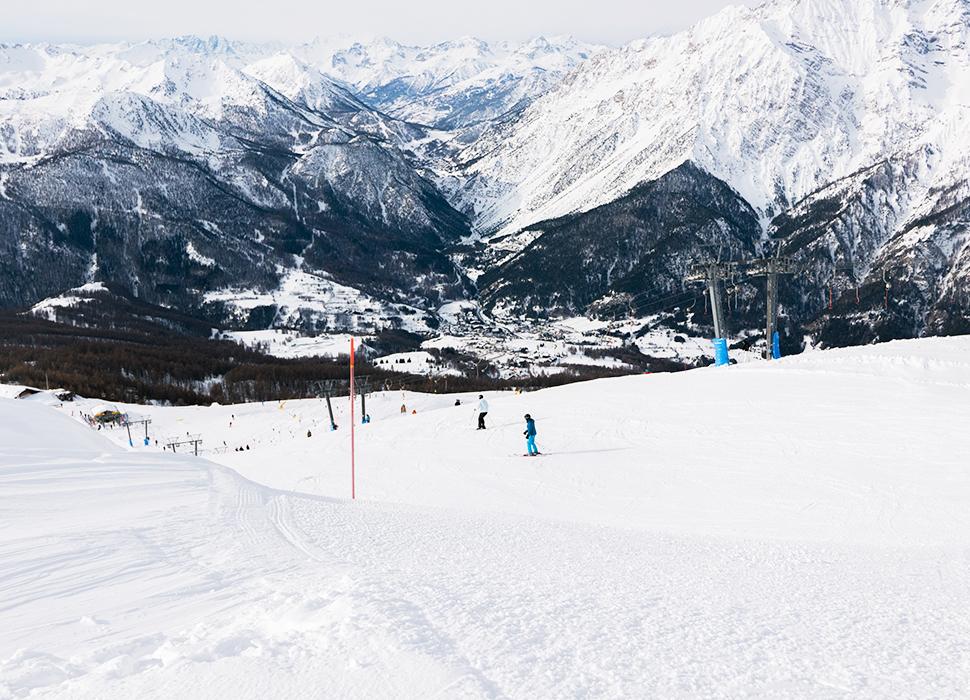 How long does it take to get there? Just over three hours total time from London Gatwick or Luton, including an hour-and-fifteen-minute drive from Turin airport.

What’s the deal? Part of the famous Milky Way ski area, Sauze d’Oulx is a lively village, boasting a fab après-ski scene that clusters around its pretty pedestrianised boulevard. With over 400km of ski runs, there’s one to suit every preference – from low, tree-lined slopes, to higher, more open runs and off-piste offerings. Its various peaks offer incredible panoramic views of the glinting, snow-blanketed Alps that border France.