Aperitivo can be relished anywhere there is sunshine, fine people and quality cuisine

Aperitivo like a local in five of our favourite summer cities

Want to know how to enjoy this beloved Italian pastime in style? It’s all about pairing the right bites with your Aperol Spritz. Here’s what the pros order in five European hotspots

Aperitivo can be relished anywhere there is sunshine, fine people and quality cuisine

Of all the joyous rituals of a European holiday, we'd argue that ‘aperitivo’ is among the best. While it may have been invented in Italy, the fundamentals of aperitivo – a perfectly-mixed Aperol Spritz, good company and ‘cicchetti', AKA Venetian-style small plates – mean it can be relished anywhere there is sunshine, cheerful people and quality cuisine. Here are five enticing places to savour your perfect aperitivo, and some pointers on what to order when golden hour strikes… 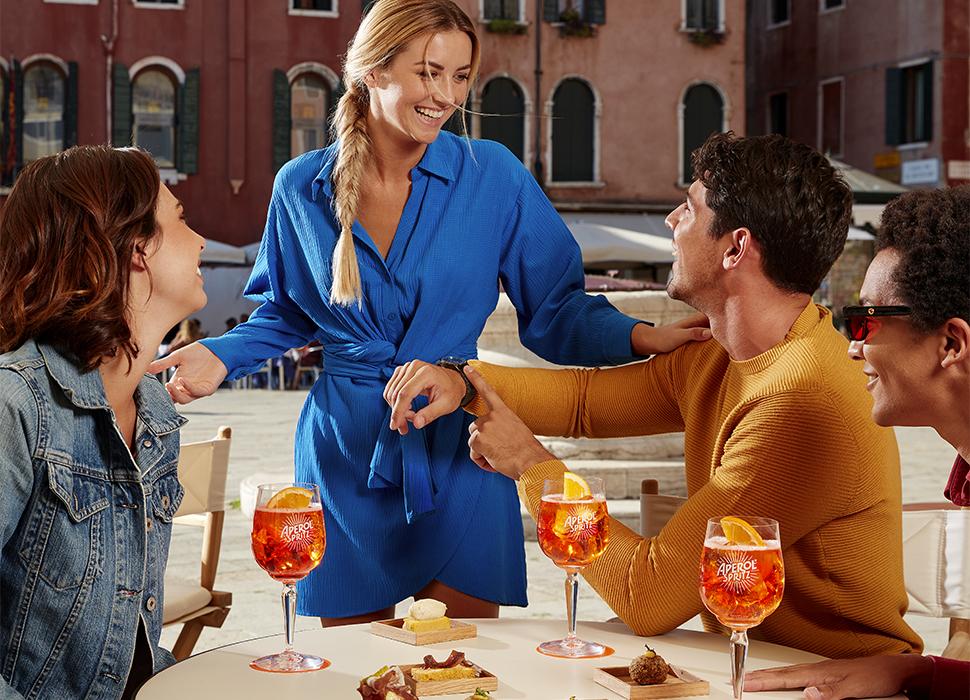 Cicchetti is the quintessential aperitivo munch

The floating city is renowned for many things, but one of its most endearing qualities is its ‘bacaro’ scene. Bacaros are traditional Venetian taverns, buzzing with chatter and the aroma of tempting morsels. Gather outside around 7pm, or perch ‘al banco’ (at the counter) and order a few plates of fresh seafood, fried up to golden salty perfection. Follow up with local speciality ‘baccalà mantecato’ – creamy cod mousse – on a dinky triangle of grilled polenta.

Another cool, lively setting where the convivial vibes last all day long is Terrazza Aperol. Housed in an historic palace in Campo Santo Stefano this popular haunt is primed for aperitivo hour, with locals convening over delicious light bites and an Aperol Spritz before lunch, after work or before an evening out.

Reliably sunny and famously carefree, the aperitivo spirit is alive and well in the Greek capital. And locals’ cicchetti game – even if they don’t call it that – is on point too. Muster your crew and order a sharing portion of tomatokeftedes (savoury tomato fritters, jazzed up with feta, sweet peppers and oregano), Saganaki (fried cheese) and you absolutely should cap it off with toothsome ‘dolmades’, or stuffed vine leaf.

Just as important to a winning aperitivo is a fabulous setting; thankfully Athens has plenty of those too. Dip into sharing plates alongside the blue and purple brushtrokes of the Aegean sunset from Istioploikos' plush oceanview terrace or, instead, book a table at The Dalliance House, where its ornate neo-classical courtyard is just the place for a sundowner away from the throngs of the city. 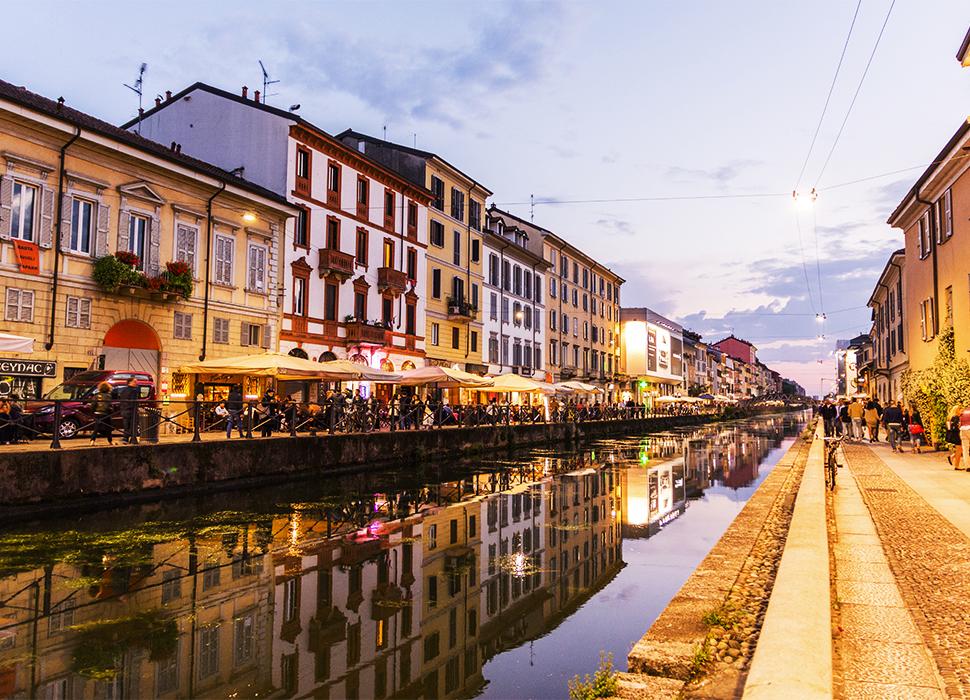 The Milanese are old masters at the art of aperitivo. Delight in their speciality ‘mondeghili’, essentially fried meatballs, introduced by the Spanish when they occupied Milan in the 16th century. Or for a more dainty bite to eat, nibble on a crisp crostini draped in breasola – thin, air-dried slices of beef, salted to perfection, from just up the road in the alpine valley of Valtellina.

Bar Magenta, just a short hop from the historic Basilica of Sant'Ambrogio church, has been an aperitivo hotspot for well over 100 years, and its generous trays of cheese and cured meats ensures the venue remains a firm favourite. Terrazza Aperol, meanwhile, mirrors the fun, welcoming atmosphere of its Venice compatriot, while offering terrace seating overlooking the lively Piazza del Duomo. 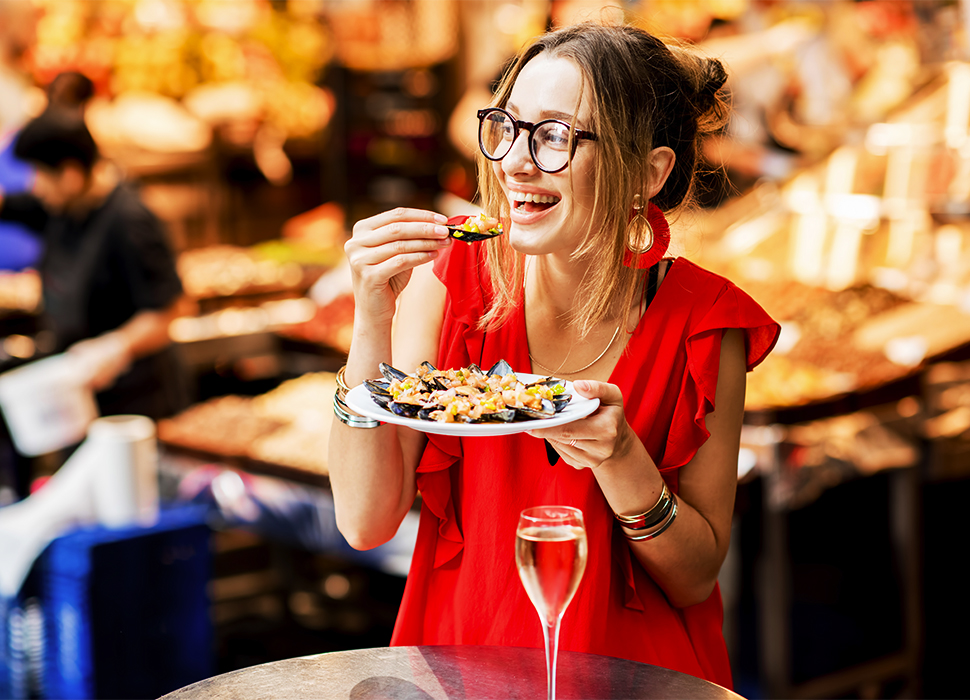 Few cities do light bites quite as deliciously as the Catalan capital / Image: Adobe

It goes without saying Spanish tapas culture goes hand-in-glove with the Venetian notion of cicchetti. Sunshine, small bites and a bright orange drink are always a recipe for good times wherever your adventures take you. So what to go for in Barca? Saltiness is key, so you can’t go wrong with iconic local fave patatas bravas, served Catalan style with spicy aioli. From there a mince-meat ‘bomba’ goes down a treat, followed by local anchovies or a plate piled high with moreish jamon.

Gràcia and Sant Antoni may boast some of the most beloved tapas spots in the city, but Boqueria market on La Rambla is a must for any visiting gourmand. Locate one of the small bars tucked between the stalls and choose from an array of tapas dishes, each one made using products bought fresh from the market that day. 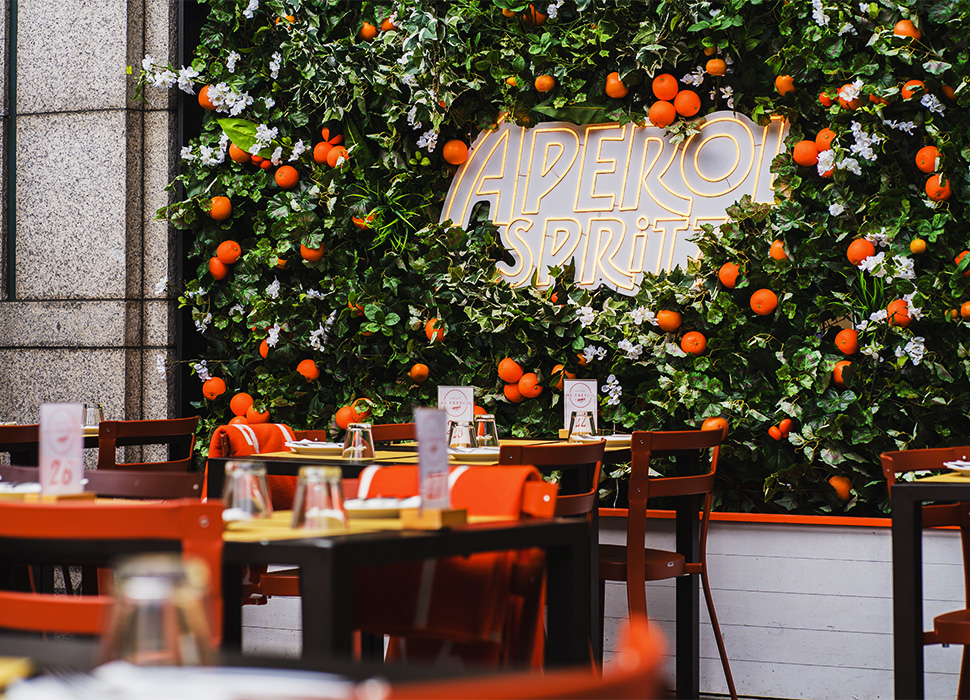 When the sun does eventually decide to shine on their city, Londoners aperitivo with the best of them. Sure, fish and chips doesn’t quite qualify as finger food, but the capital’s richly deserved reputation as a hub for the greatest international cuisine means you’re never far from a world-beating small plate. It’s all here, from sushi in Mayfair to Korean BBQ in Vauxhall.

If, however, your rumbling tummy is insistent on doing aperitivo classic style, make for Al Fresco in East London's decadent, multi-storey ode to Italian cuisine, Eataly. A rich cicchetti-style menu utilises the best produce from Eataly's vendors, including cheeses from an on-site cheese laboratory, while a dedicated Aperol Spritzeria promises flawless pours of the iconic Italian cocktail.

And if all that doesn't take your fancy, maybe just a picnic in a royal park. The main ingredient, after all, is togetherness.

Summer's back! Here's how to grasp it with both hands

How Venice and Aperol Spritz defined our favourite holiday ritual