Volcanic ridges, sand dunes and crystal-clear waters all conspire to tempt adventure seekers in Fuerteventura – and there’s no end of ways to slice and dice the action

Around the coast, you can plunge beneath the waves to spy stingrays, wobble on a paddleboard or catch sea breezes windsurfing. Inland, there are canyons to scramble through, stargazing plateaus to climb and dusty arteries to race down. Whatever your predilection, try these heart-pumping activities on for size. 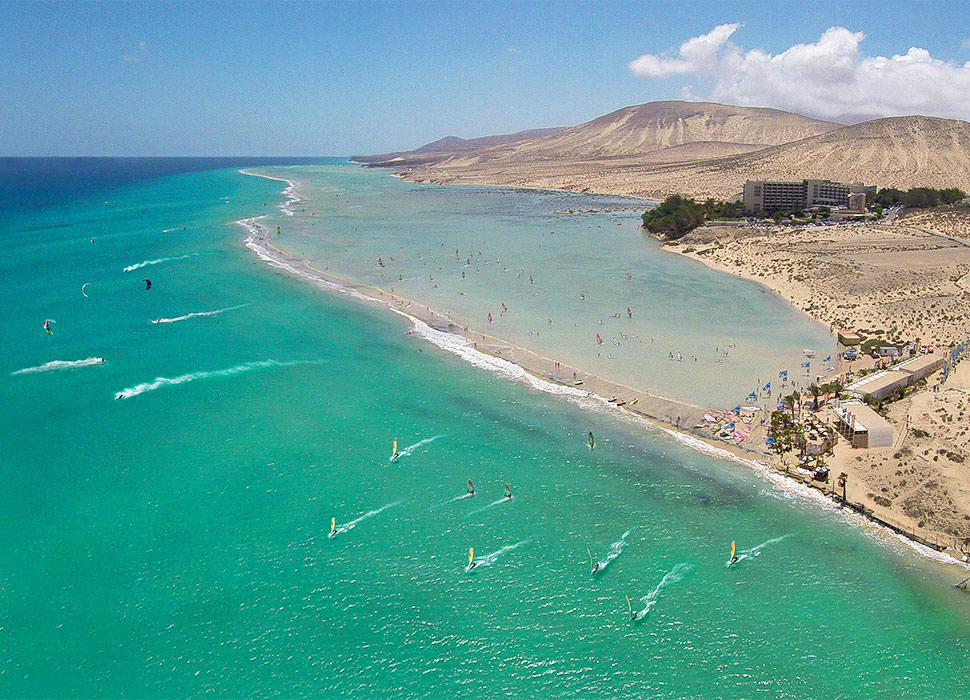 Melting like warm butter into a shallow shelf of turquoise sea, undeveloped Playa de Sotavento is easily one of the best beaches in Europe. But with summer winds hitting over 50 knots it’s ideal for windsurfing and kiteboarding, rather than sunbathing. The world championships for both sports visit every year, and lessons for all levels and gear rental can be arranged at the beachfront René Egli centre. Round out the day with apres surf at a low-key beach bar on the pristine sands.

Tear around on a trike 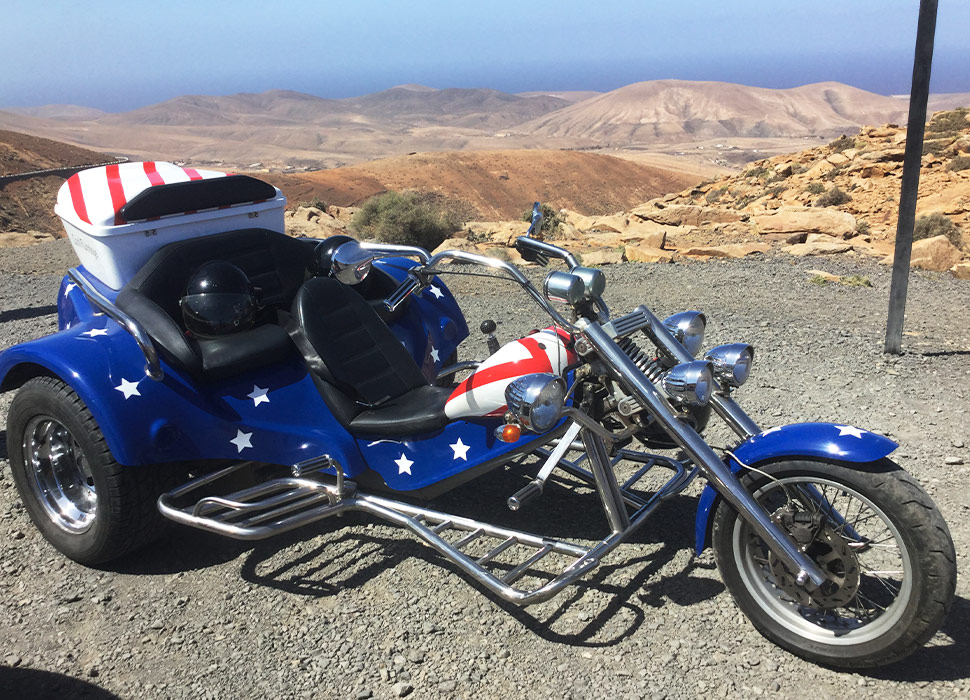 Go the whole hog on one of these striking trikes

Looking something like a bat out of hell (but with room for three!), the trikes at Cool Runnings have ‘good fun’ written all over them. Choose your ride based on names like ‘Hot Wheels’, ‘Tribal Warrior’ and ‘White Lightning’, then pick a tour. A popular option is the four-hour 'Discovery' that races from Caleta de Fuste up to the highest accessible point on Fuerteventura, from where 360-degree island views unfold. 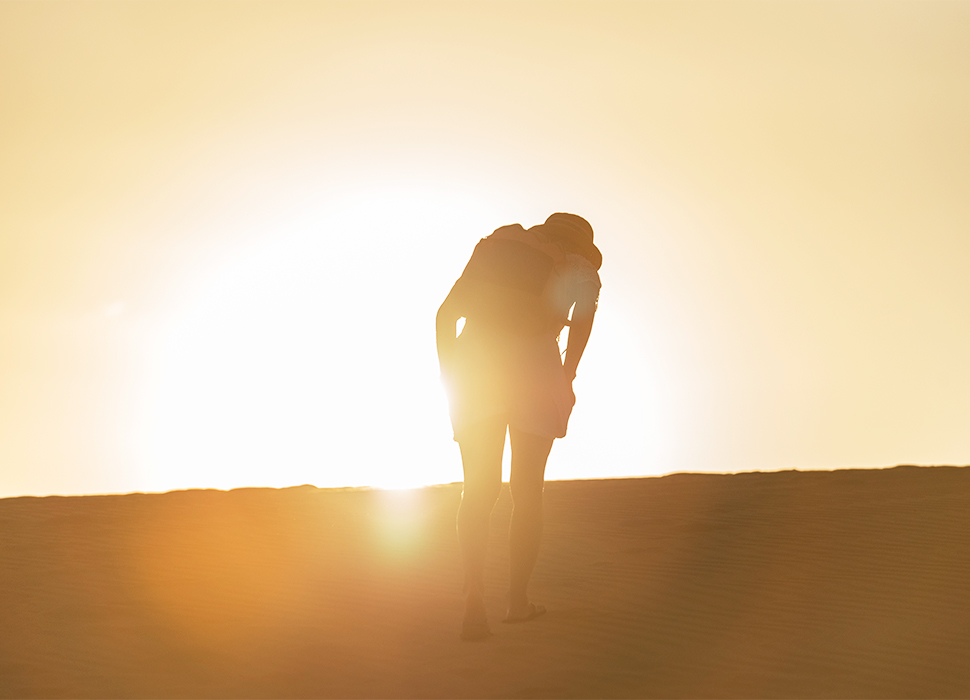 Fuerteventura is far closer to the Sahara than Spain, so it’s little wonder that the arid climate has spawned some seriously swell sand dunes. The largest in the Canary Islands are at Parque Natural de Corralejo at the northeastern tip of the island. The FV-1 road passes it, but the park itself can only be explored on foot. The southern quarter is the wildest and most dramatic; climb the 300m Montaña Roja (Red Mountain) for views across the desert plains.

Like an underwater abseil, Veril Grande is a dive that starts 20 metres below the surface, where a wall descends vertically another 40 metres to meet the continental shelf. Peer into caves that pockmark the wall and you might find black eels, angel sharks or stingrays. The continental shelf allows larger marine life to approach, and divers have been known to see giant devil rays and whale sharks at the bottom. The dive site is off Fuerteventura’s south coast; arrange a trip with the Buceo dive school. 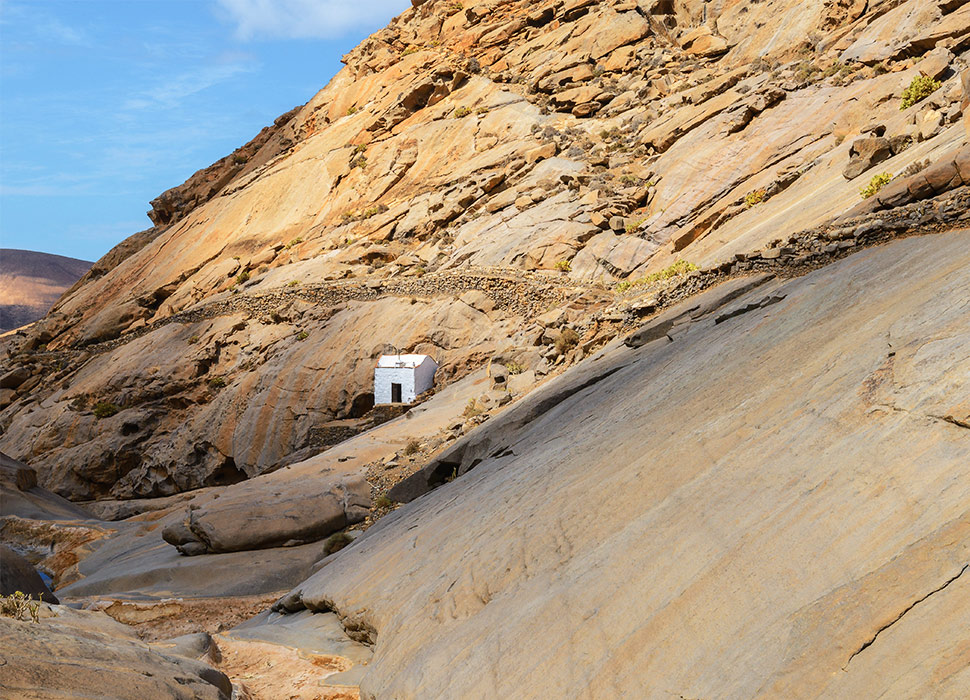 There's nothing wrong with climbing the walls at this striking formation / Image: Adobe Stock

Located off Fuerteventura’s central west coast, Peñitas Ravine is a sea of dramatic, flinty crags in the midst of what is a remarkably flat island. The volcanic formations and low walls here are perfect for climbing and bouldering, and have made the ravine “a cult place for climbers”, according to international climbing website The Crag. There's a huge array of bouldering problems – and over 70 sport routes – for adventurers to lose time on amid the palms and honeycomb hills.

Scale the island's volcanoes by e-bike 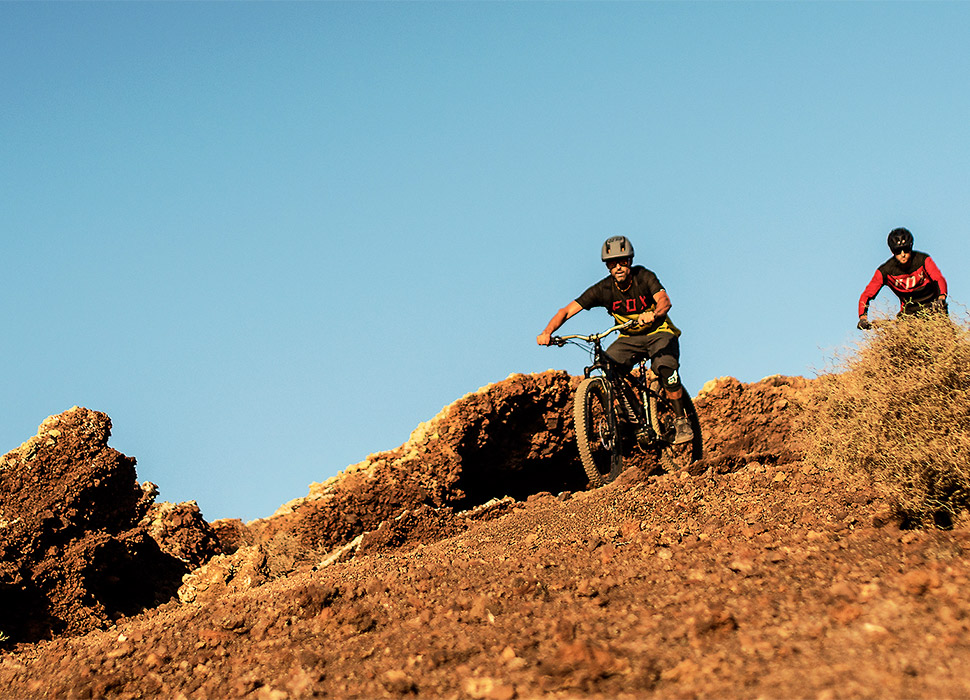 E-biking is just like normal cycling, but with a bit of extra wind in your sails (or rather, power in your crankset). Which you’ll be thankful for when you start to climb Fuerteventura’s volcanoes on a tour with BKRS. The two-hour circular island tour slices through ravines and skirts windswept, isolated beaches before entering the hills. But for the ultimate thrills try the night ride, which traverses the same mountains in silent, inky darkness after a spectacular Canarian sunset. 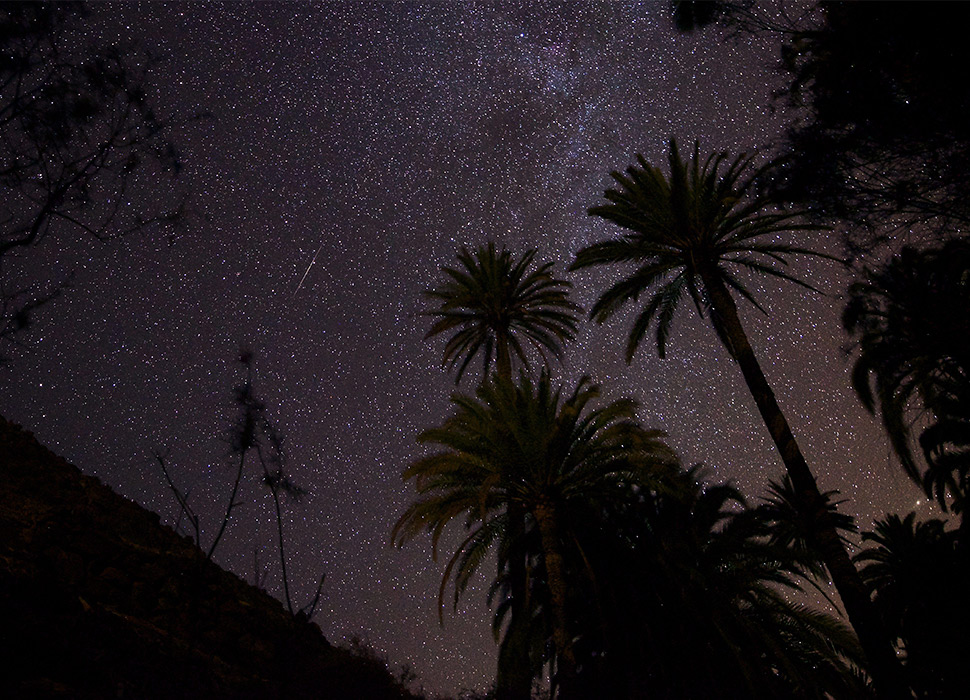 Soak up the cosmic views at this lofty viewpoint / Image: Alamy

By day, a sandy sea of humps unfolds beneath your feet at the top of this panoramic lookout point. But at night, it’s the cosmic patterns that spread out above your head which are the main draw. Bring a torch to read the information boards, which will help identify the Virgo, Bootes and Corvus constellations among the giant sweep of the Milky Way. You’ll need your own wheels to get here; the route up is off the FV-605, close to Pájara in the centre of the island. 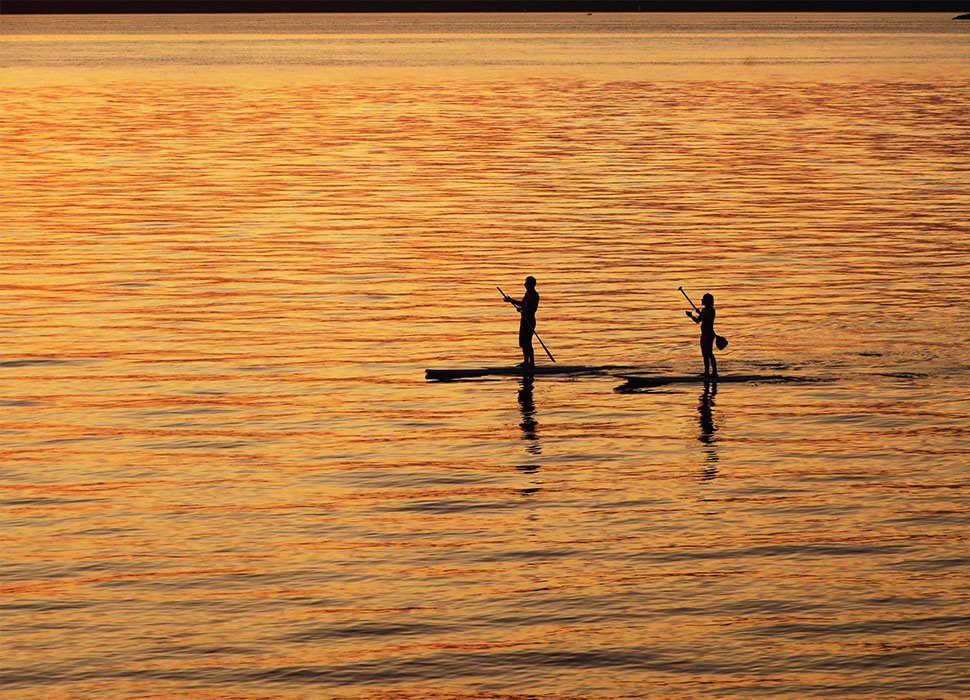 The island of Lobos is a 1.8-square-mile nature reserve above the northern tip of Fuerteventura, with turquoise waters to rival the Caribbean. A 15-minute boat trip can get you here from the resort town of Corralejo, but nothing beats cruising its shallow bays on a stand-up paddleboard (SUP). Point Break watersports runs two-hour trips, which dock at Playa de la Concha and get you within splashing distance of Lobos’ colourful shoals of fish.

Hanging on for dear life, bones rattled, wind in your hair: Jeep touring in Fuerteventura promises maximum thrills with minimal exertion. An open-topped 4x4 tour can also be a fuss-free way to explore the isolated south coast without your own wheels. Trips to Cofete focus on the sublime Jandía Natural Park. You’ll speed up volcanic dirt tracks to a look-out point over Cofete Beach, and visit the remote Villa Winter and Punto Jandía Lighthouse.

The best hotels in Fuerteventura

The best things to do in Fuerteventura